The Concours of Elegance is one of very favourite classic car shows, one that we would not dare miss.  Here’s a short preview of what you can expect from this years show…

The revered Concours Steering Committee reveals final list of 60 cars that will enter the 2016 Concours of Elegance at Windsor Castle in September.   These sixty cars make up the ‘Main Concours’ event, held in the exclusive Quadrangle at Windsor Castle.  Concours of Elegance will also bring a further 1000 of the world’s most collectible cars to Windsor Castle in a celebration of Her Majesty The Queen’s 90th birthday.   Highlights of the Main Concours include a 1900 Daimler 6hp owned by Her Majesty The Queen, a one-off 1938 Hispano Suiza Dubonnet Xenia (below) and a stunning Ferrari 250 GT Pininfarina Series I Cabriolet.  Some of the more recent cars in the Main Concours are a 1966 Radford Mini de Ville GT previously owned by George Harrison, the only factory-built Ferrari Testarossa Spider and an ultra-rare 2016 Touring Superleggera Disco Volante Spyder. 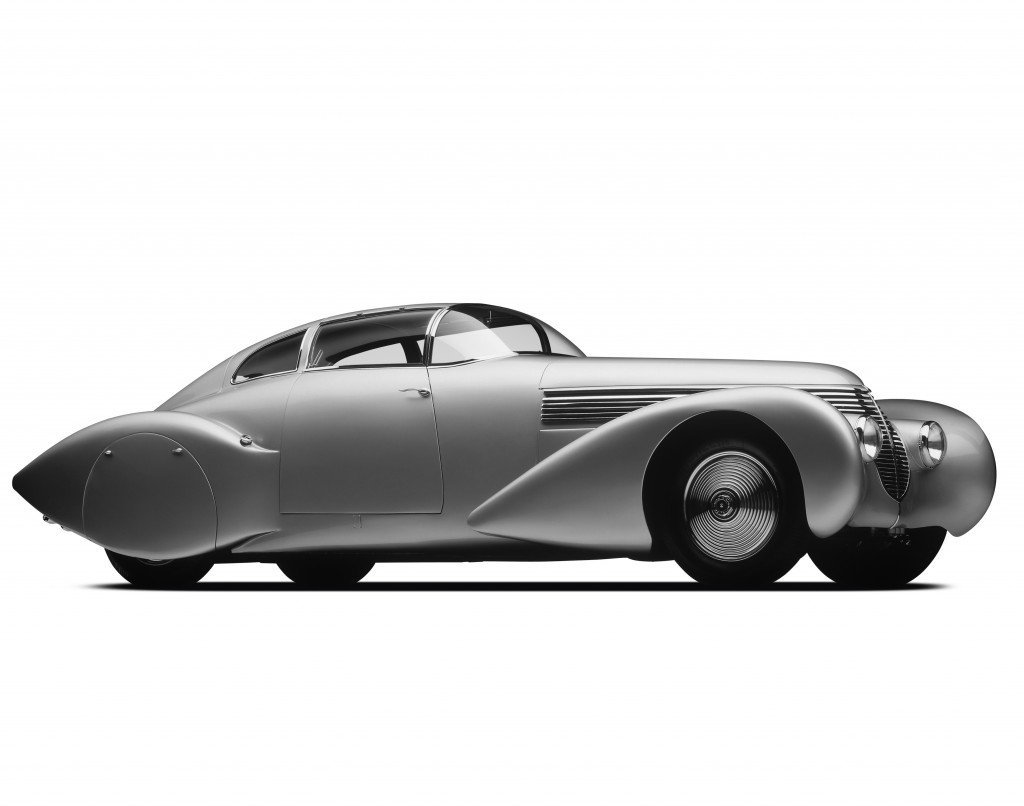 Special Features will celebrate Her Majesty The Queen’s 90th birthday, including a display of remaining cars from the very first British Grand Prix, held in the year of Her Majesty’s birth, 1926.  A free-to-view section of the Concours of Elegance will see hundreds of cars from the likes of Ferrari, Aston Martin, Rolls-Royce, Jaguar, Bentley and more line Windsor Castle’s famous Long Walk.   Some of the UK’s most respected car clubs will be displaying the best models they have to offer, including a standout display from the Aston Martin Owners’ Club, which will showcase one of every single model ever produced by the firm.   The Club Trophy brings together the most incredible models from the UK’s premier car clubs. All entries are judged by a team of experts, which in the past has included David Gandy and Prince Michael of Kent.  The Concours of Elegance is a charity fundraising event, and has already donated more than £800,000 to charity, and aims to break through the £1million barrier in 2016. This year the Concours is raising funds for The Queen’s Choral Foundation, The Household Cavalry Foundation and Springfield Youth Club Hackney. 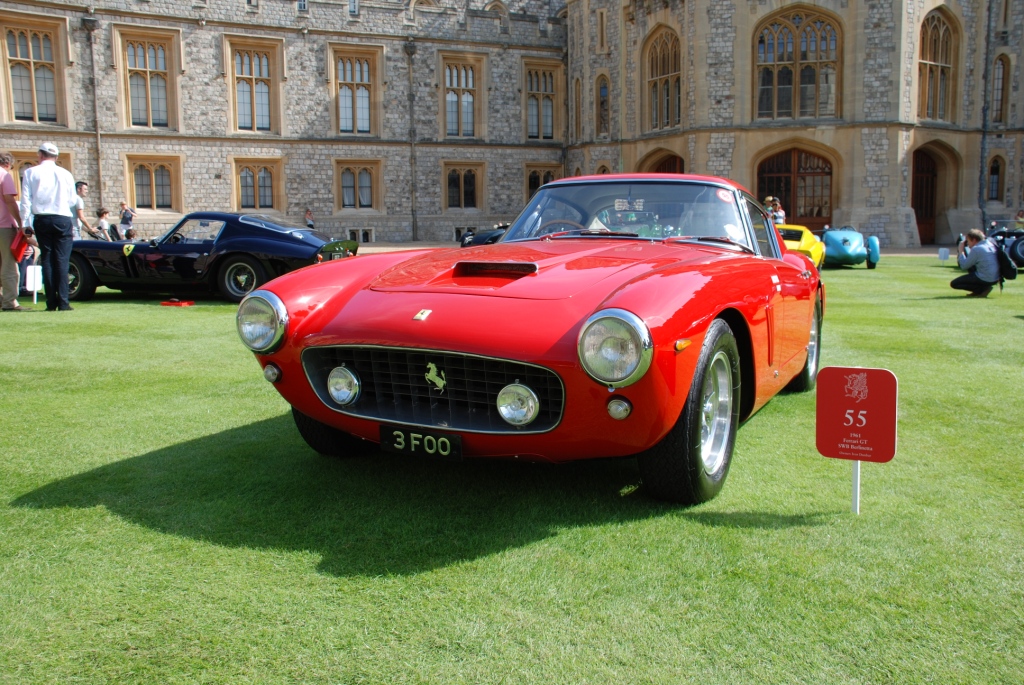 The Concours of Elegance began in 2012, showcasing sixty of the world’s finest cars at Windsor Castle to celebrate the Queen’s Diamond Jubilee. Since then it has moved to St James’s Palace and Hampton Court Palace, before heading to the Palace of Holyroodhouse in Edinburgh in 2015. This year’s fifth edition of the Concours returns to Windsor Castle as part of a celebration of Her Majesty The Queen’s 90th birthday.

The Main Concours
Sixty of the world’s rarest cars will gather in the exclusive Quadrangle at Windsor Castle this September – the full list of which is revealed by the Concours Steering Committee prior to the event. A 1900 Daimler 6hp owned by Her Majesty The Queen represents one of the earliest cars in attendance, first bought by King Edward VII as the first Royal motorcar.

A car like no other is the 1938 Hispano Suiza Dubonnet Xenia, an art-deco masterpiece designed by Jacques Saoutchik complete with unusual parallel sliding doors and an aviation-themed interior. From 1958 is another coachbuilt rarity, the Ferrari 250 GT Pininfarina Series I Cabriolet – one of just 40 built.

Sometimes the stories behind the cars are what makes them great, including the 1966 Mini Radford Mini de Ville GT in the Concours. Bought by Beatle, George Harrison, the car was painted with a psychedelic livery for the film Magical Mystery Tour. Also in the Main Concours is a 1986 Ferrari Testarossa Spider Valeo – the only factory-built convertible Testarossa in existence. It was especially built for Gianni Agnelli when he took over Fiat S.p.A in the ‘80s.

The Concours of Elegance traditionally tells the story of the automobile from start to finish, and the very latest car in this year’s Main Concours is the one-of-eight Touring Supeleggera Disco Volante Spyder. Based on the rare Alfa Romeo 8C Spider, the Disco Volante is hand-crafted from aluminium and carbon fibre.

Part of the celebrations of Her Majesty The Queen’s 90th birthday, the Concours of Elegance will gather cars that remain from the very first British Grand Prix in 1926 – the year of Her Majesty’s birth. The incredible Delage 155B, Talbot 700, Halford Special and Thomas Special will allow Concours visitors the chance to see where top level motorsport began in the UK.

2. Revolutionary Cars of Her Majesty’s lifetime

Concours of Elegance will gather the British cars that have defined the British motor industry in each decade of Her Majesty The Queen’s lifetime. From the glamorous Bentley 3 Litre of the ‘20s and Rolls-Royce Phantom of the ‘30s, to the ingenious Mini of the ‘60s and game-changing McLaren F1 of the ‘90s, it will be a true celebration of British innovation and engineering.

Some of the UK’s best classic car specialists will be exhibiting at the Concours of Elegance 2016, including Nicholas Mee, Frank Dale, Talacrest, Eagle GT, Fiskens, Duncan Hamilton and GTO Engineering. Displaying some of their most amazing models, the Specialists’ Showcase offers visitors to not only admire the cars on display but, also to buy them.

The Club Trophy will be held at the Castle in September, featuring hundreds of classic cars from across the UK and the best-of-the-best from the nation’s car clubs. Each club submits their individual Concours winners, which are then judged by a panel of Concours of Elegance experts, chaired by HRH Prince Michael of Kent and guest judges which in recent years have included David Gandy, Mark Knopfler and others. 2016’s judging panel will be confirmed in the summer. The Club Trophy winner car is then entered in to the Concours of Elegance in 2017.

More than 800 cars will be attending over the weekend of Concours of Elegance 2016, from the UK’s leading car clubs. Owners’ clubs from AC, Aston Martin, Bentley, Jaguar, Ferrari and Lamborghini will join a host of others in showcasing their cars as part of a free-to-view area of the Concours on Windsor Castle’s incredible Long Walk.

Concours of Elegance takes place between 2-4 September and has partnered with a series of exclusive brands for the event, including AIG, Autoglym, Bentley, Ferrari, Jaguar Land Rover, Octane, RM Sotheby’s and the Royal Automobile Club. Tickets are available now from www.concoursofelegance.co.uk, with an adult ticket costing £40, and discounts for children. A variety of hospitality packages are also available.  You can also win a pair of tickets courtesy of us, by entering our competition. You can follow all our posts on Facebook, Twitter or subscribe to our Newsletter.

One thought on "Windsor Castle Concours of Elegance 2016 preview"