If you one do it once, you should attend the Festival of Speed.  A wonderful event, that the whole family can enjoy, petrolhead heaven.

The theme for the 2011 Goodwood Festival of Speed (to be held from 1 to 3 July) will be ‘Racing Revolutions – Quantum leaps that shaped motor sport’, celebrating the ceaseless quest for increased power; greater efficiency; more speed.

From motor racing’s pioneering early days, engineering ingenuity has been the irresistible force behind the sport’s inexorable rise, with designers constantly pushing technical boundaries in search of ‘the unfair advantage’. 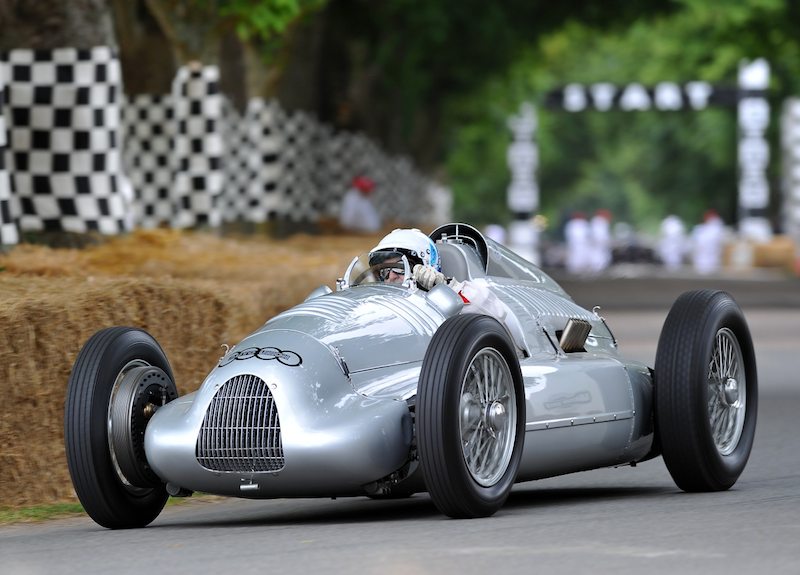 For example, in 2011 it will be 75 Years since Auto Union won the European Championship with a ground-breaking rear-engined car; 60 years since increased economy helped the normally aspirated Ferrari’s vanquish the supercharged Alfa Romeo’s; 30 years since the dawn of rallying’s four-wheel-drive age; 25 years since turbocharged engines ruled the roost in F1; and 20 years since a rotary-engined Mazda took the chequered flag at Le Mans. It is therefore especially fitting to celebrate the innovations, both giant strides and iterative evolutions; master strokes and blind alleys, that have seen the racing automobile develop from crude behemoth to space-age projectile.

Alongside this central theme, the 2011 Goodwood Festival of Speed will celebrate the 100th anniversary of the Indianapolis 500, with a stunning gathering of cars and drivers that have written the history of “The Greatest Spectacle in Racing”. It will also be 60 years since the C-type scored the first of Jaguar’s seven Le Mans victories, and the iconic British marque’s illustrious racing heritage will be honoured at Goodwood.

Jaguar will be much in evidence at the 2011 Goodwood Festival of Speed, as the 50th anniversary of the E-Type – the ultimate personification of 1960s style, and one of the most admired car designs of all time, is marked in true Goodwood fashion.

The E-Type will also be in the spotlight during the Goodwood Revival 2011 from 16-18 September, with a spectacular one-make race.

The Goodwood Festival of Speed will also feature a glittering array of cars and motorcycles from a huge variety of disciplines, further enhancing the Goodwood event’s reputation as the world’s greatest celebration of motor racing history and culture. Tackling the famous 1.16 mile Goodwood hill climb will be everything from early Grand Prix and endurance machines, to off-road and contemporary racers and racing motorcycles. 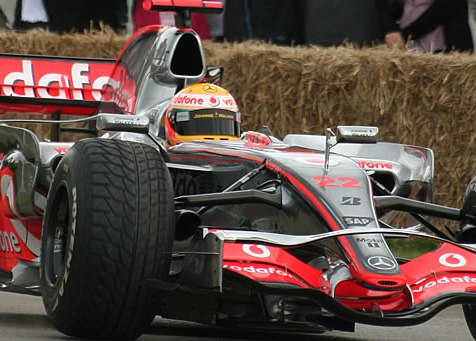 Complementing the overall Festival of Speed theme will be a host of other attractions at the world’s greatest celebration of motoring. Aside from getting close to the action-packed hill climb and paddocks, Festival-goers will be able to admire some of the most stylish vehicles ever designed at the Cartier ‘Style et Luxe’ concours d’elegance, see and potentially try the very latest road cars at the Moving Motor Show exhibition, glimpse into the future of transportation at FoS-TECH, see many of motor sport’s famous faces up close, swoon at the mouth-watering display of supercars, witness the exciting sideways action on the Forest Rally Stage, and become a part of the action at the off-road activity fields and Junior Festival of Speed.

Goodwood Festival of Speed founder Lord March says: “I am really looking forward to having so many great cars and drivers here at the Festival of Speed to celebrate our 2011 ‘Racing Revolutions’ theme. For me it is always magical to see so many of the world’s greatest drivers, riders and machines in action.” He adds, “At the Revival, the E-Type-only race and special track display honouring 100 years since Fangio’s birth also promise to be truly special.”

As in previous years, admission to both Goodwood motor sport events will be strictly by advance ticket only, with 2011 tickets now on sale. All orders placed before January 2011 will benefit from a VAT saving of 2.5 per cent.

New for 2011, young adults aged between 13 and 18 can now purchase Festival of Speed and/or Revival tickets for half the full adult price. Previously all visitors aged 13 or over would have been charged at full price. Children of 12 years or under remain free of charge, as does all car parking.

Click here to book tickets or get more information.