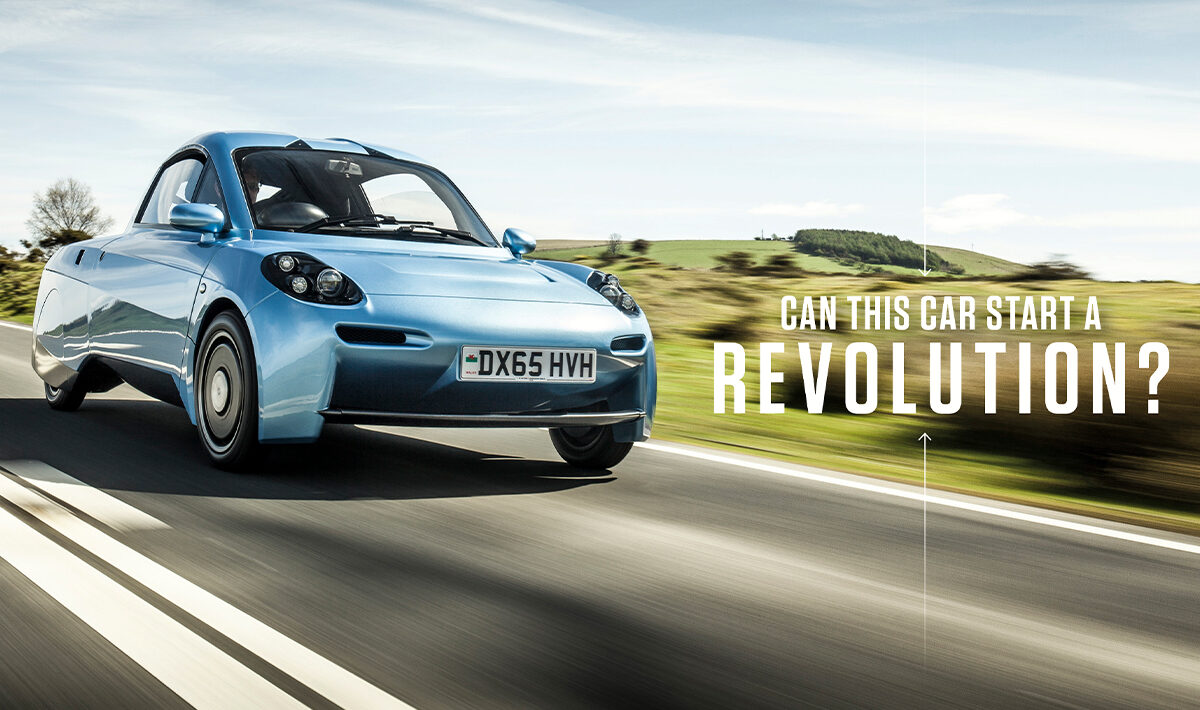 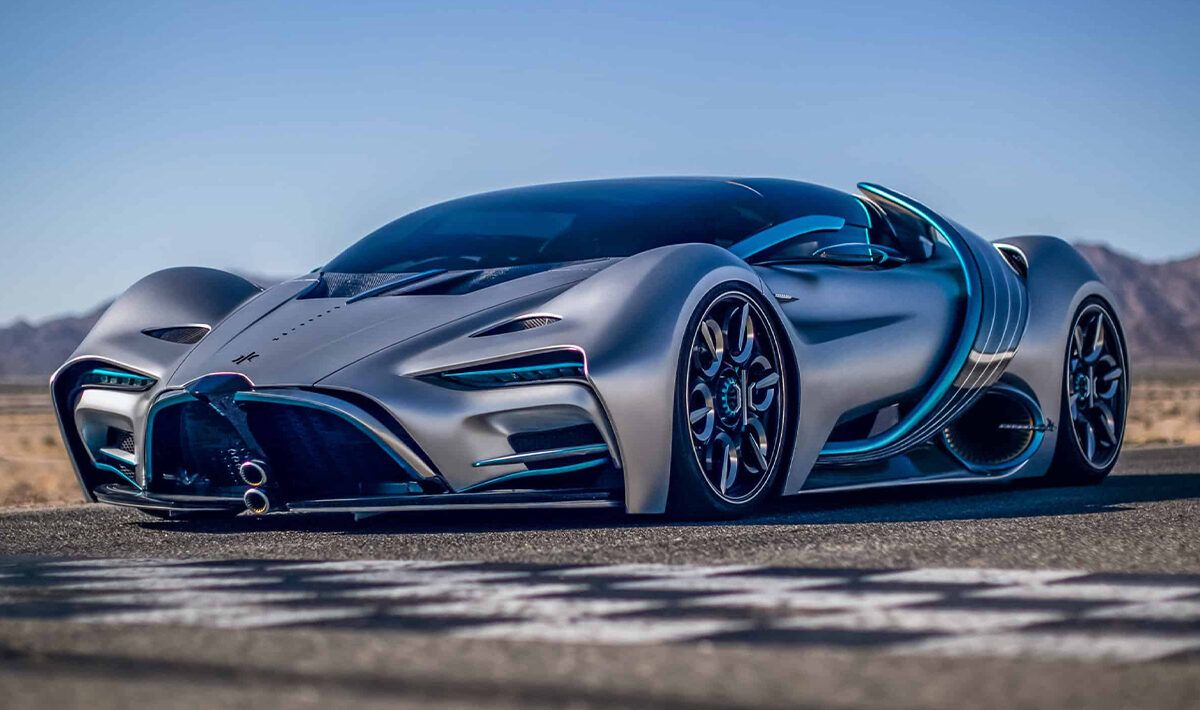 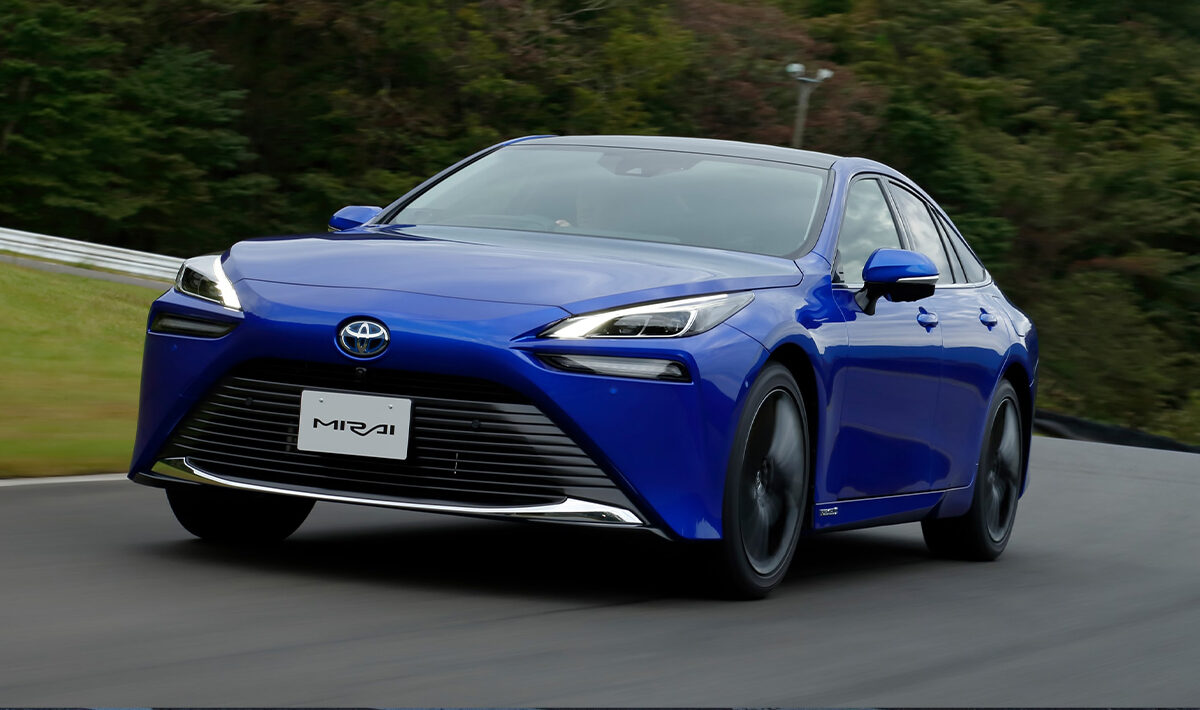 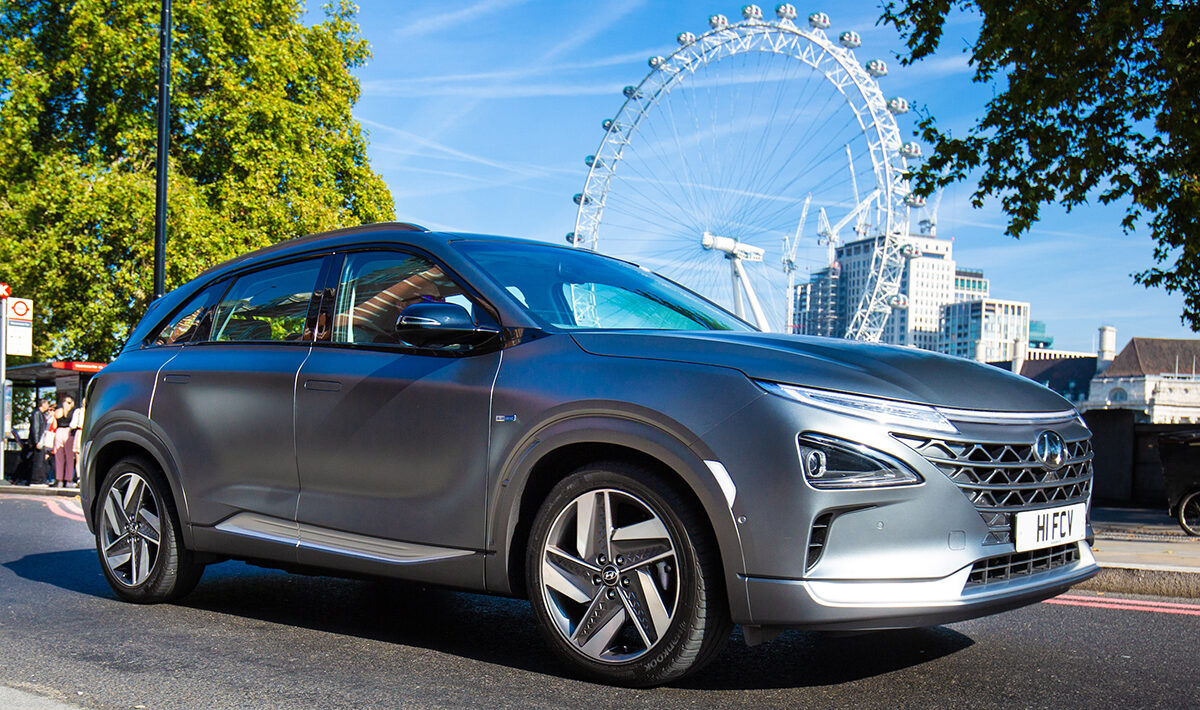 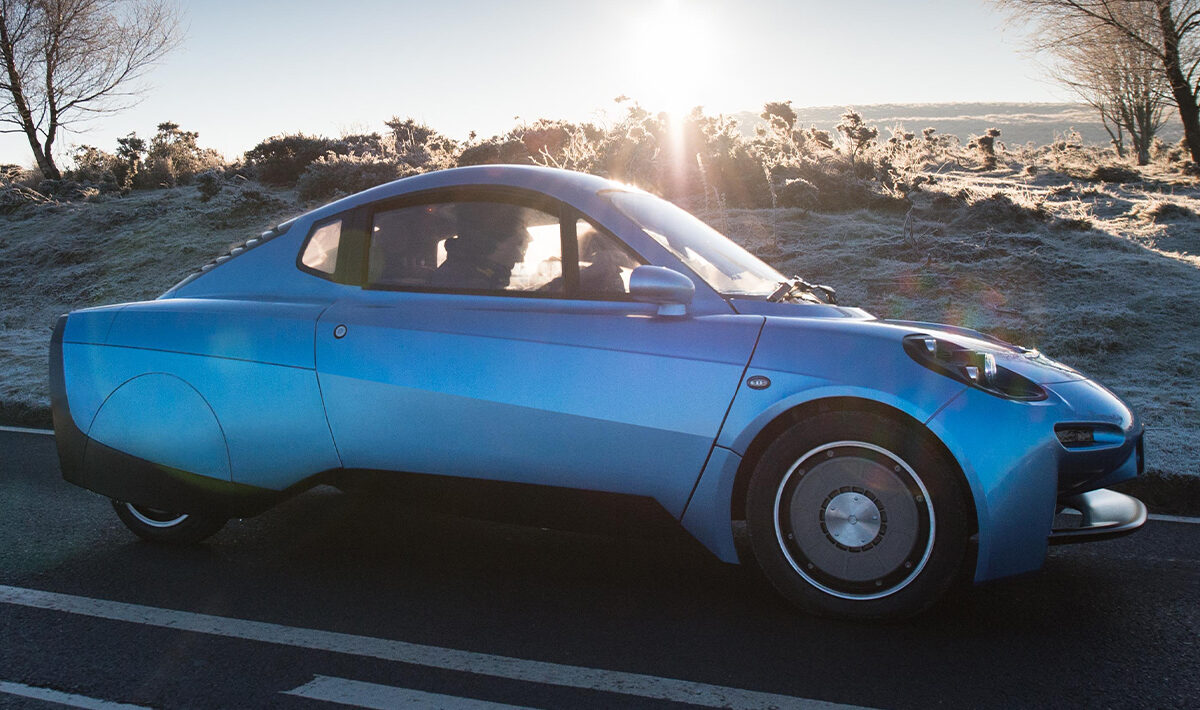 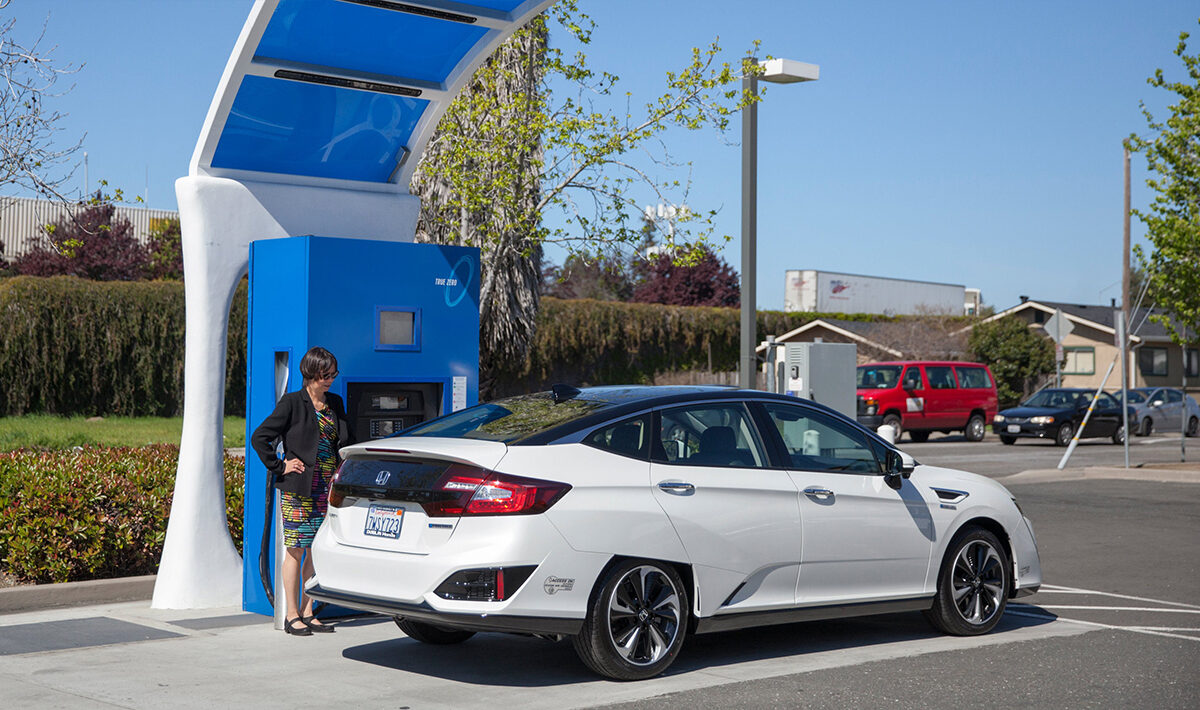 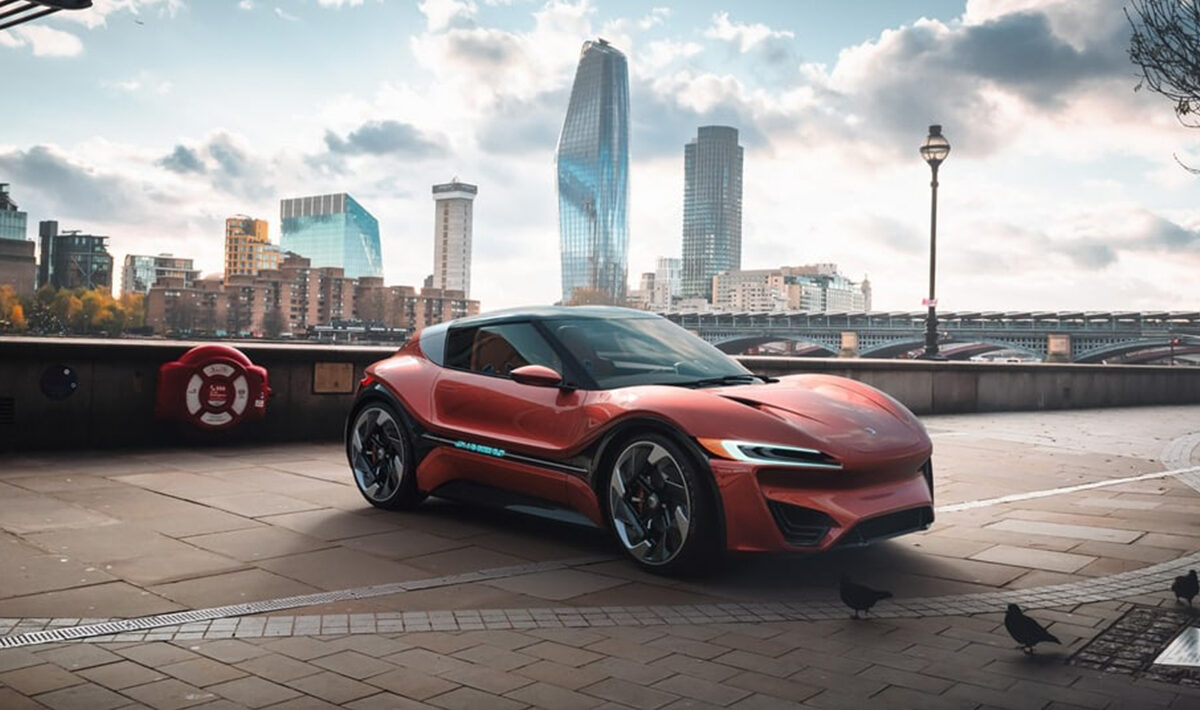 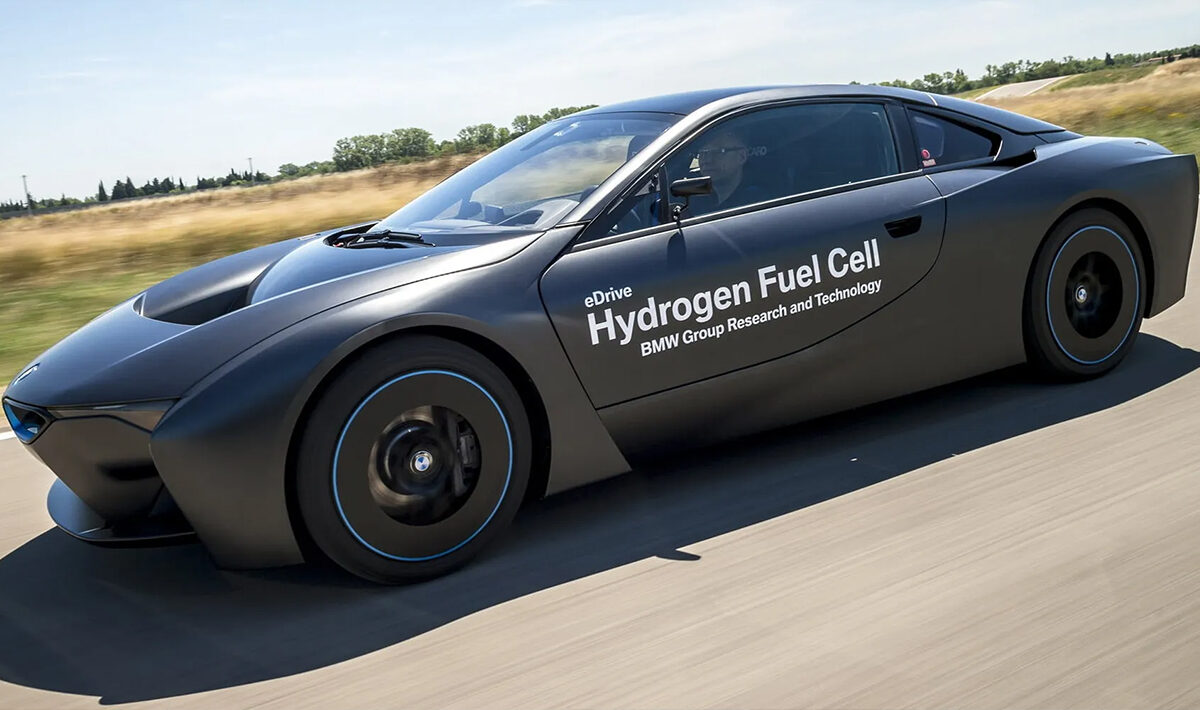 In February 2020, Boris Johnson announced plans to bring the ban of selling new petrol and diesel cars forward to 2030. With the government shifting the timeframe of ending the production of combustion engines to meet zero-carbon targets, motorists are left wondering what greener transport options are available.

In the last few years, electric car registrations have continued to grow and a new, alternatively-fuelled car may well prove just as popular. Hydrogen cars, or hydrogen fuel cell cars, were first introduced by Toyota in 2014. They are making a firm statement for changing the way we power our travel. But are they the future of the motoring industry?

How do Hydrogen cars operate?

Hydrogen cars are powered by electricity that is produced internally via chemical reactions between hydrogen and oxygen. Remarkably, the chemical reaction which powers the hydrogen fuel cell is just heat and water, leading to the only tailpipe emissions being water.

The electricity generated powers the car in two ways; either directly, or charges a battery which stores the power until it’s needed. One of the differences between this traction battery and one on a fully electric car is its size; they are significantly smaller and lighter.

The hydrogen fuel is stored in a high-pressure tank and is refilled in a similar way to petrol and diesel. These cars are sometimes known as “Fuel Cell Electric Vehicles” or FCEVs for short.

How and where to fill up a hydrogen car

Hydrogen cars’ high-pressure tanks can be refilled in about five minutes with a fuel pump at a filling station. You may have heard multiple announcements declaring millions of pounds of funding over the last five years to help the growth of the industry. Unfortunately, there are currently only 12 stations in the UK.

How is hydrogen produced?

At the moment the majority of hydrogen production uses natural gases. However, the government is investing greatly in greener alternatives, such as CO2 capture technology. Electrolysis is the process of dividing water into hydrogen and oxygen, a more eco-friendly option when using renewable electricity.

Pros and Cons of Hydrogen Cars

The greatest issue with hydrogen power is the lack of infrastructure, and if no-one buys hydrogen-powered cars, that’s unlikely to change anytime soon. Despite Hydrogen filling stations being expensive to build, the UK government and the EU are committed to increasing the number available.

In 2018 the Department for Transport awarded more than £8 million in funding to a project targeting easier access to hydrogen refuelling stations. Similar to the development of electric cars, hydrogen vehicles will advance over time and the technology will get cheaper. This will ensure that fuel cell cars become more appealing to a wider audience and will aid them in becoming more widespread.

Manufacturers plan on releasing more hydrogen cars over the next few years, but for now there are only a few on the market:

This is the 2nd generation Toyota Mirai, which debuted at the Tokyo Motor Show in 2019.

Mirai is Japanese for “the future” and its manufacturer most likely chose this name as a sign of things to come.

Lexus follows in the footsteps of its parent company Toyota with the Mirai with its commitment to a fuel-cell car production. The Japanese luxury brand believes a hydrogen powertrain is the “perfect choice for the future of automation”, due to its long driving range, remarkably smooth running, and “outstanding energy efficiency”.

The Nexo succeeds the Hyundai ix35 FCEV and is the first hydrogen-dedicated model from Hyundai.

A range of 414 miles comes at a similarly hefty price as the Mirai, £65,595 before the government’s ultra-low emission grant.

The South Korean manufacturer Hyundai claims the vehicle can even purify air.

This beauty boasts supreme performance, low weight, huge range, and a futuristic design that is sure to get heads turning. Its hydrogen tank and super capacitors help keep its weigh down and allow it to operate more efficiently at extreme temperatures. It also allows US firm Hyperion to rinse out every last drop of performance, resulting in some mouth-watering specs.

The Rasa is made by a small company in Wales called Riversimple, and they’ve designed it as an open source vehicle. This is to help other manufacturers produce fuel cell vehicles, like this tiny two-seater with a top speed of 60mph. This prototype hydrogen car has a range of 300 miles from just 1.5kg of hydrogen (the equivalent of around 250mpg).

Even though both hydrogen and electric-powered cars emit no tailpipe gases, the vehicles’ production creates a lot of carbon emissions. Estimates predict that a hydrogen vehicle will produce around 120g/km of CO2 in its lifetime when you take into account the manufacturing process. A battery electric vehicle (BEV) is slightly higher, delivering 124g/km of CO2 in its lifetime. This figure could be reduced significantly if hydrogen could be produced by renewable energy.

How much does electric “fuel” cost? Well, it depends. Are you charging at home or at a public charging point? How much power is being used? Is it a universal or tethered unit? If it’s a home electric car charger you’re going to have to spend about £1000 on the charger and running costs of between £799 to £2,000 per year. Charging at home will typically save you around £500 per year compared with a public charging point.

Even though renting batteries costs around £100 a month, BEVs have a massive advantage over hydrogen cars when it comes to cost. The Renault Zoe is a respectable £29,995 brand new, while a Hyundai Nexo will set you back a stifling £68,000.

Asia vs the world?

Asia is going above and beyond with its investment in hydrogen cars, in contrast to Europe, which has a limited of cars available and just 230 hydrogen stations. Asia is committed to fully investing in the future of hydrogen power to fuel vehicles across the continent.

The Japanese government plan to have by 2030 more than 800,000 hydrogen vehicles on their roads, with China aiming to have more than a million by 2035. Typically new innovations it is the early developers that will advance the tech, take a foothold in the industry, and ultimately bring the cost down for the customer.

What does the future hold?

Supporting the electric car overhaul could become a struggle for the UK, and it may be hydrogen that plays an important role in achieving net zero emissions by 2050.

According to a recent report, sales of BEVS (battery electric cars) are on the rise across Europe and more are now sold each week than in the whole of 2012, according to the annual Global Electric Vehicle Outlook. This does beg the question – is there a future for hydrogen vehicles?

What do you think? Are you convinced? Let us know your opinion in our social feeds. 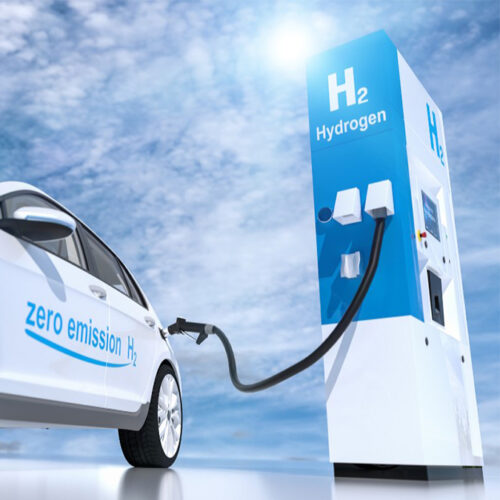 The First All-Electric Car that Runs Without Batteries

Get a new EV on finance