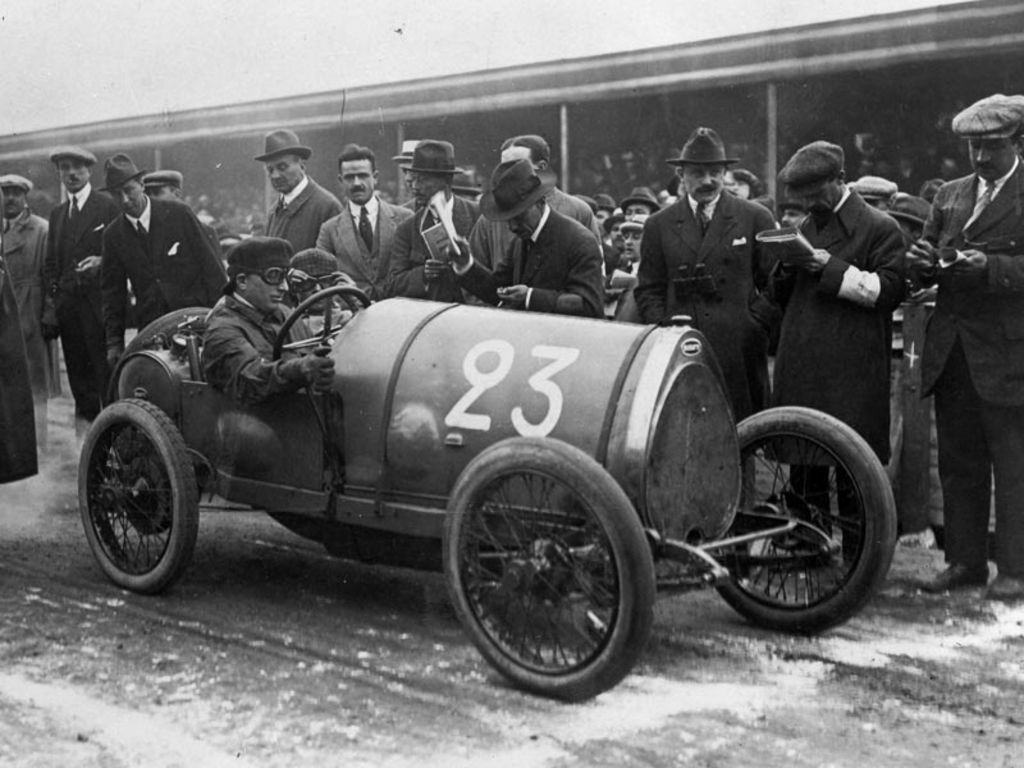 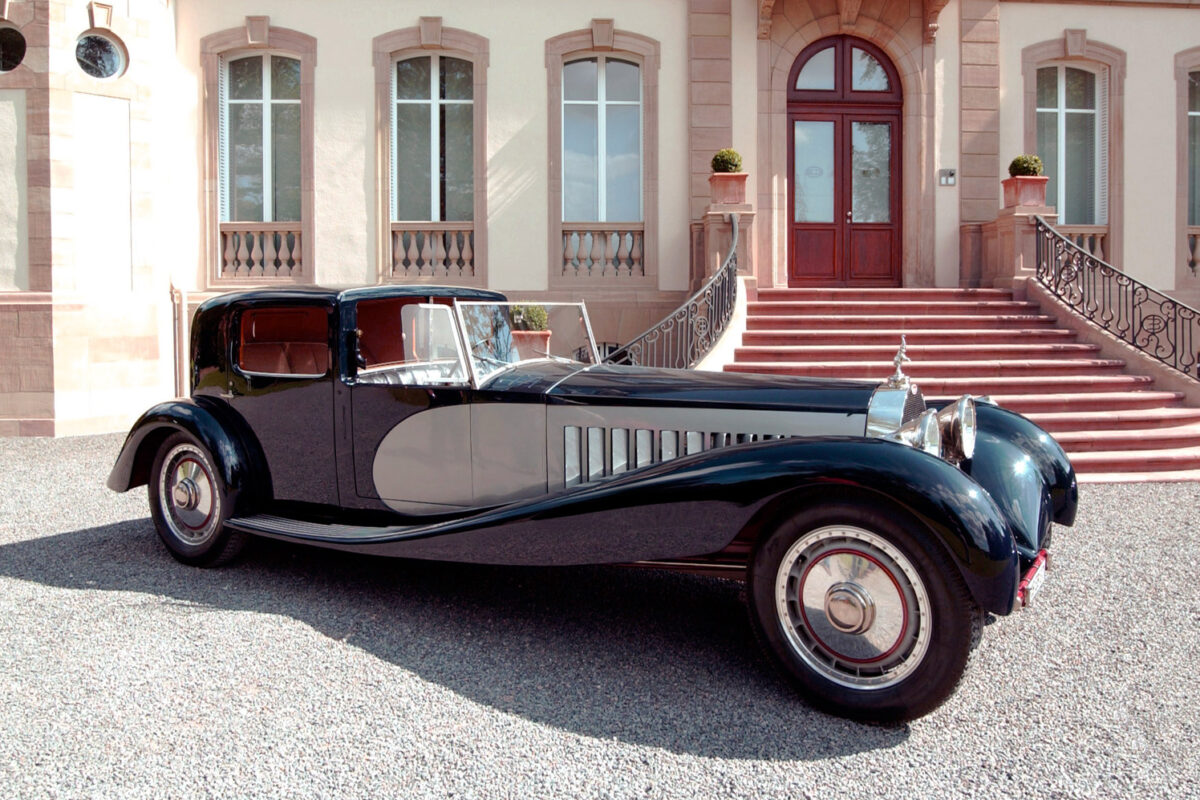 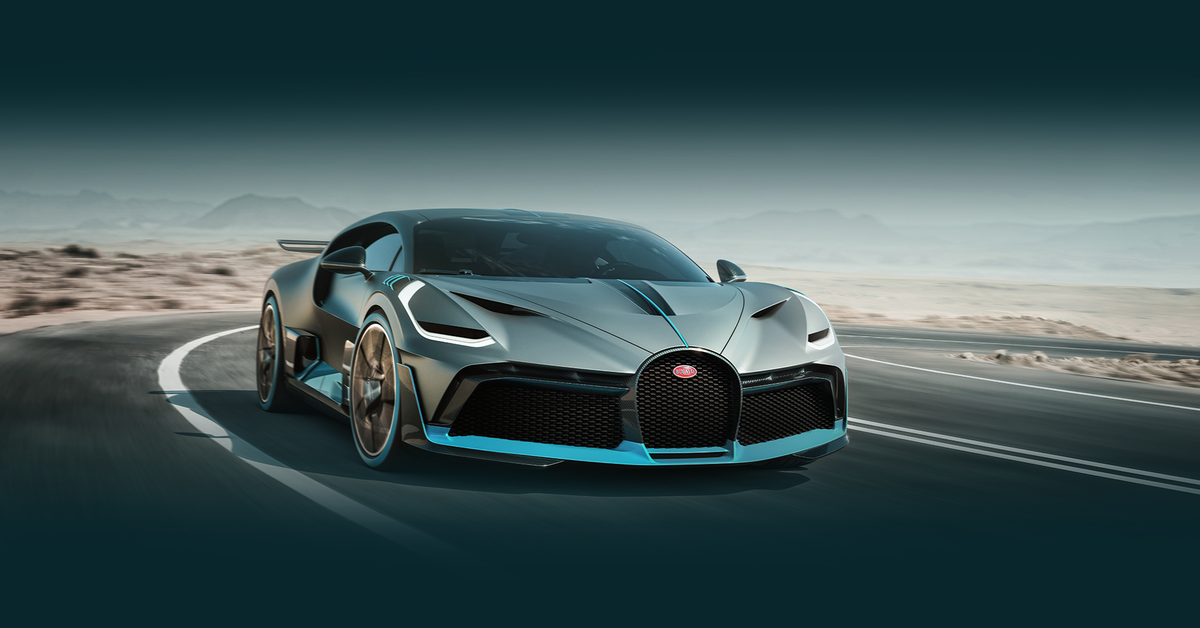 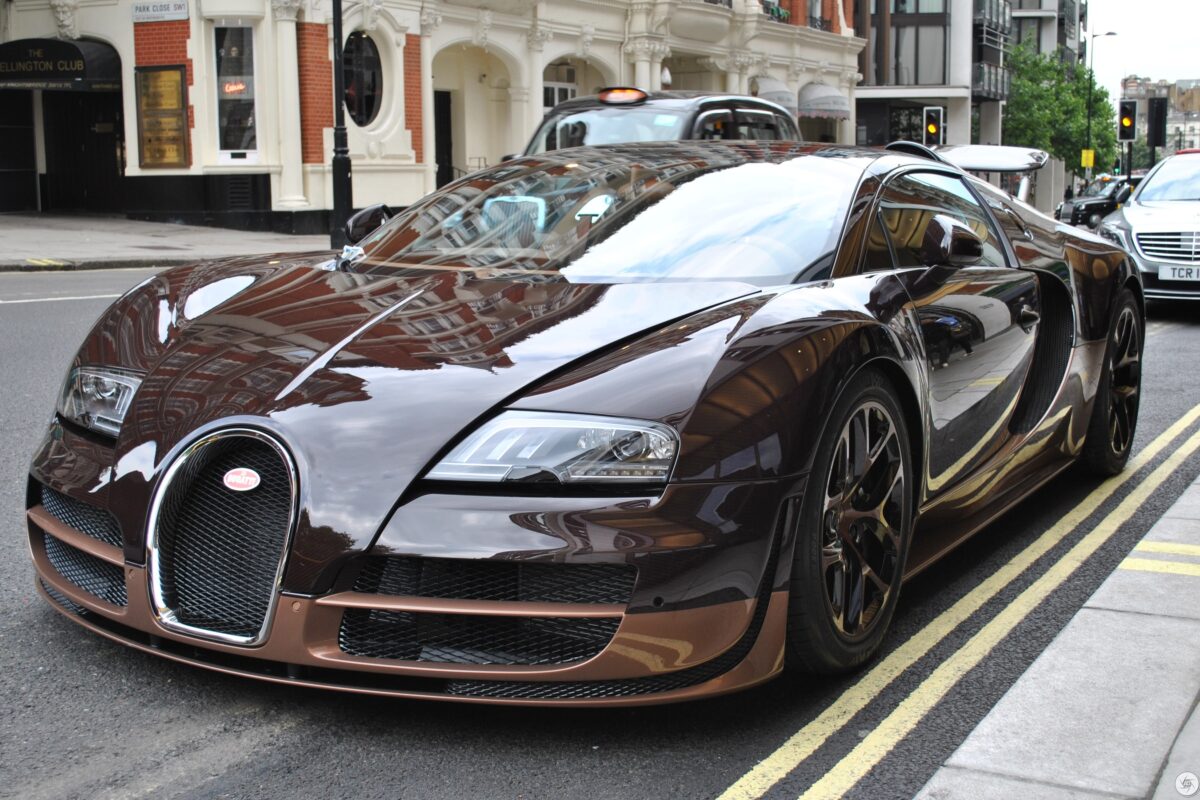 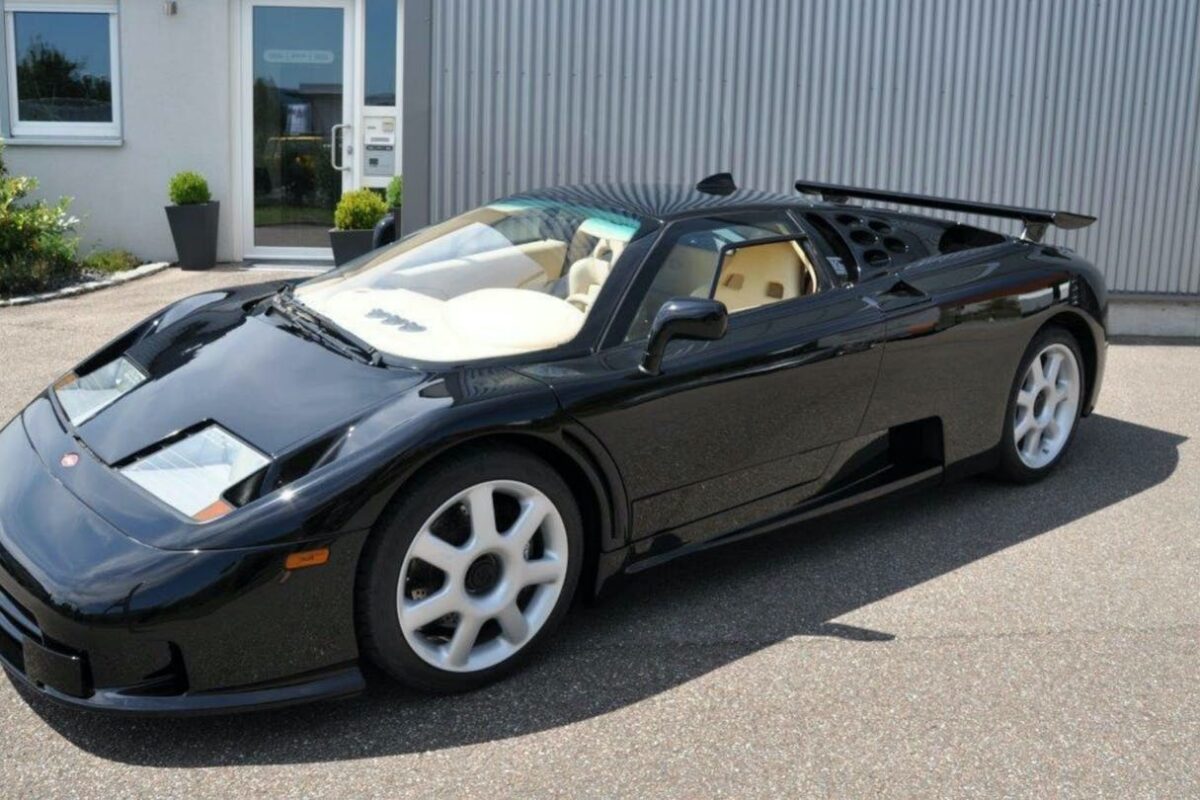 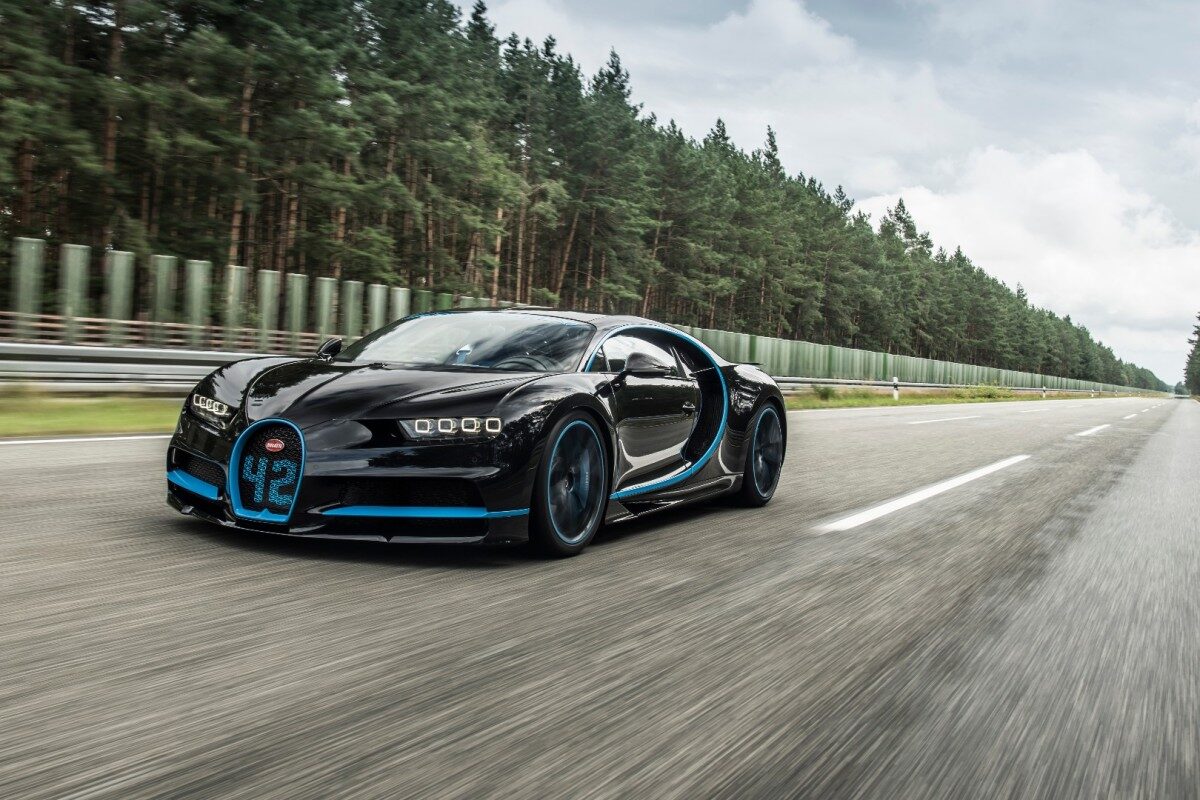 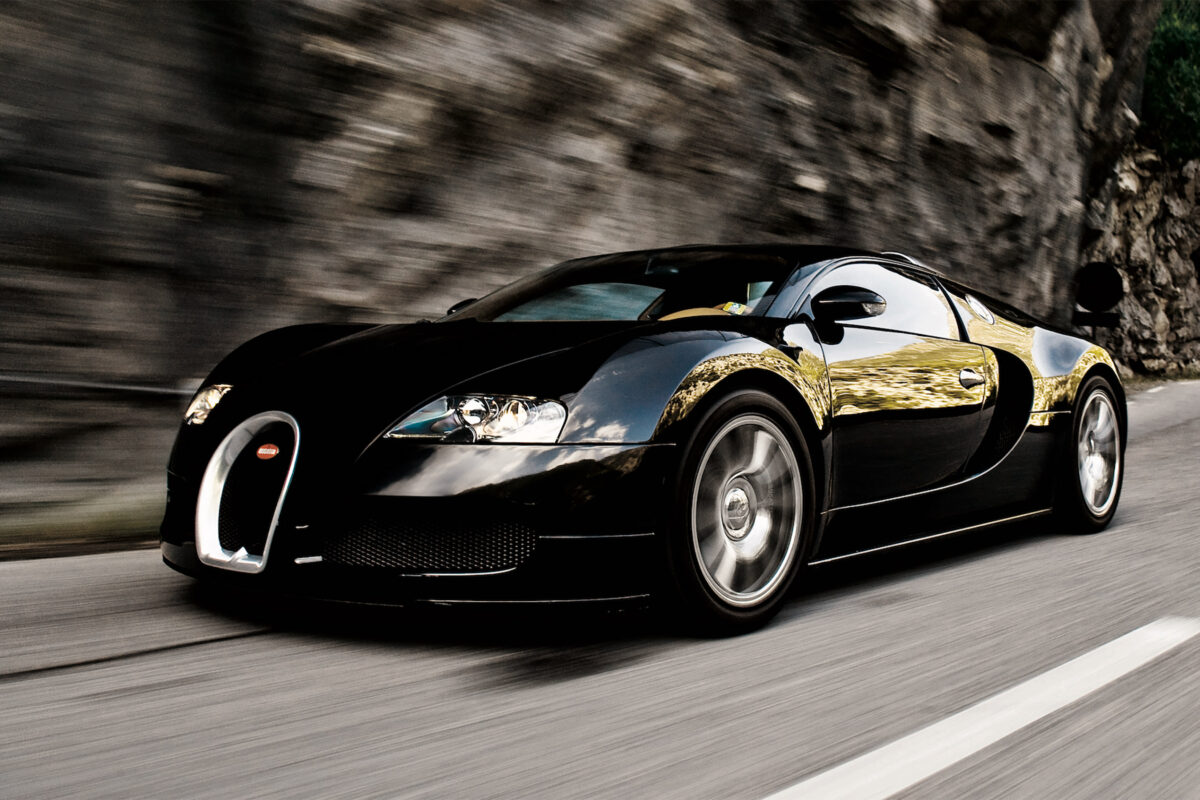 Bugatti are arguably one of the biggest automotive brands around today, they have produced a number of amazing cars throughout their long history. Nevertheless, for newer car enthusiast, the idea of Bugatti may be referred to their more recent models. However, Bugatti has more than just 2006 and beyond, but also a rich history involving everything one could imagine. Throughout Bugatti’s existence, they’ve endured several hardships. One of the biggest being World War Two and the subsequent death of Ettore Bugatti. After all this, Bugatti shut down in 1952. Although, it was later brought back in the late ’80s and still maintains to this day. Here are our top 10 greatest Bugattis of all time.

Some new car fanatics think the Veyron is the first Bugattai ever made, it was certainly the first to be recognized by a modern audience. Understandably the Bugatti Veyron 16.4 was a truly groundbreaking piece of engineering for it’s time. Mainly considering it broke almost every speed record for production level cars.

To add to it’s speed, the Veyron also had a fine bit of luxury too. It’s good looks and luxurious nature attracted almost every car lover as well. Now, whether you appreciate luxury, design, or speed, you can find the best of them all in just one car: The Bugatti Veyron.

Following on from their success with the Veyron, Bugattai produced the Chiron. A 1500 horsepower luxury hypercar with a top speed of over 260 miles-per-hour and a 0 to 60 of just 2.3 seconds.

Moreover, the Chiron is an absolute beautiful masterpiece. It maintains a similar shape and structure as the classic Veyron, but with some critical changes. The Chiron reps a cool set of L.E.D. headlights, sharp lines, a revamped interior, and an aggressive/angry look to it.

During Bugatti’s thirty-five year hiatus, they sat in corporate limbo; unaware of their potential fate. What managed to drag them out of this was, surprisingly, not a French company, but an Italian businessman. This particular man’s name is Romano Artioli, who was later responsible for the manufacturing of the Bugatti EB110 SS.

The EB110 SS (Super Sport) was a powerful return to form for the historical brand. Its combination of Italian design and French history was a winning duo. Even Michael Schumacher bought one!

What really makes the EB110 SS special, though, is the role it played in reviving Bugatti. Without this car and Romano Artioli intervention, its highly unlikely that we would ever see Bugatti in the same position it’s in today.

Albeit, the Rembrandt Edition does not revolutionize anything. But, it’s unique color and stunning Veyron shape is more than enough to win over countless enthusiasts.

The Bugatti Type 57 and later variants (including the famous Atlantic and Atalante) was an entirely new design created by Jean Bugatti, son of founder Ettore. Type 57s were built from 1934 through 1940, with a total of 710 examples produced. These cars are incredibly expensive, they rivals those of the Ferrari 250 GTO and McLaren F1 in the ‘price’ department.

It’s a jaw-dropping vehicle from a time that has long passed; helping us to appreciate the effort, skill, and talent that went into making it. The Bugatti Type 57 and its variants became some of the world’s most sought-after cars.

Another astonishingly expensive Bugatti is the La Voiture Noire. The price of this car is €16,700,000.

This price tag is only reasonable for those with an unreasonable amount of wealth. Though, the La Voiture Noire is undoubtedly prepossessing. And, like a lot of other new Bugatti special editions, it’s an homage to the equally expensive Bugatti Type 57SC Atlantic.

Before Bugatti was topping charts in the 21st century, they were doing the same in the 20th. Instead of road cars, though, it was race cars. This isn’t to say they didn’t make great street-legal car. Anyhow, one of their most victorious cars was the Type 35: An open-wheeled legend.

The Type 35 was one of the most successful race cars in history. To illustrate this, the Type 35 won over 2,000 races while in competition. That’s quite an impressive number, but nothing compared to the number for it’s M.S.R.P., as a Type 35 usually sells for a ludicrous amount.

After Bugatti released the successor to the Veyron, the Chiron, they wanted to go a step further. Rather than introducing an even faster, more luxurious, version of their already new Chiron, Bugatti went with a track focused alternative. The Bugatti Divo.

The Divo shares a lot of components with it’s big brother, the Chiron. Nonetheless, the biggest differences lie in weight, power output, and technology. As stated before, the Divo is much better on the track than the Chiron or Veyron. With this, though, comes compromise, since the Divo is much slower in terms of top speed.

The Bugatti Royale is much more high-class, during it’s creation in the ’30s, the Royale was a luxury car that was very big. So big, actually, that it’s one of the biggest production cars in the entire world.

Sadly, though, the Bugatti Royale wasn’t as high selling as the corporation had intended. Even though they planned on making much more, Bugatti only made six and could barely sell half of them. The fact that the Great Depression was happening at the same time made it a horrible time to release the car.

Regardless, at least the Bugatti Royale is respected nowadays. So much so that, if they’re ever on sale, they go for several millions.

Great things often have small beginnings, and it would seem that Bugatti is not exempt from this apparent constant. With exceeding success in motor sports, Bugatti finally decided to create their first actual road car; named the Type 13.

The Type 13 was another victory for the company and became the catalyst for the following Bugatti ‘Type’ models. Eventually, the Type 13 got the nickname “Pur-Sang” (Roughly translated as “Pure Blooded”). This label was later attached to a Veyron 16.4 for an homage to the original.

The Pursuit of Speed at the London Concours 2020