From 1948 until its closure in 1966, the former RAF Westhampnett, at the base of the Sussex Downs, was a prominent venue in global motor-sport. Opened as Goodwood by the current Earl of March’s grandfather, it’s war-time contribution and that of its entrants and competitors, is celebrated annually at the Revival.

Now in its fourteenth year, the meeting combines cars, planes, fashion and culture with some of the globe’s best historic racing (below).

With 138,000 attendees over the 3 days, many in ‘40’s/’50’s/’60’s dress, it was undoubtedly a weekend to remember. The on track activity has received widespread coverage elsewhere, here were my highlights:

Born in Balcarce, Argentina, on June 24th 1911, to Italian parents, Juan Manuel Fangio began racing domestically in 1934, with Ford Model A’s, before graduating with considerable success, to Chevrolet saloon’s. With sponsorship from the Argentinian Automobile Club, his first Grand Prix was at Reims in 1948 and in 1949 won four of the seasons, six non-Championship races, in a Maserati 4CLT – before joining Alfa Romeo in 1950.  Over the ensuing seven seasons, “El Chueco” started 51 races, winning 24, and achieving five World Drivers Championships with Alfa Romeo, Ferrari and Mercedes-Benz.

To commemorate the centenary of his birth, the Revival organisers brought together twenty six cars representative of his career, including Sir Jackie Stewart, in the Maserati 250F (below) raced by Fangio to his most noted victory, the 1957 German Grand Prix. His Mercedes-Benz team-mates Sir Stirling Moss (300 SLR), Hans Hermann (W196) and his nephew, retired IMSA GTP racer Juan Manuel Fangio II (W196 Streamliner), were joined, amongst others, by ex-Ferrari pilotas, John Surtees and Tony Brooks, in cars as diverse as a ’39 Chevrolet TC, Cooper Bristol MK1 and an Offenhauser powered, Kurtis Indy racer.

In the central paddock ,where gentlemen are required to wear ties, cars were arranged by marque, including ERA, Maserati, Jaguar, Porsche, Aston Martin and Ferrari – attracting much attention were two Chevrolet’s from the Fangio museum in Balcarce, the recently restored Bugatti T59/50B, US visitor Greg Whitten’s ‘64 Ferrari 250 GTO (below) and the recalcitrant BRM V16, from the National Motor Museum. 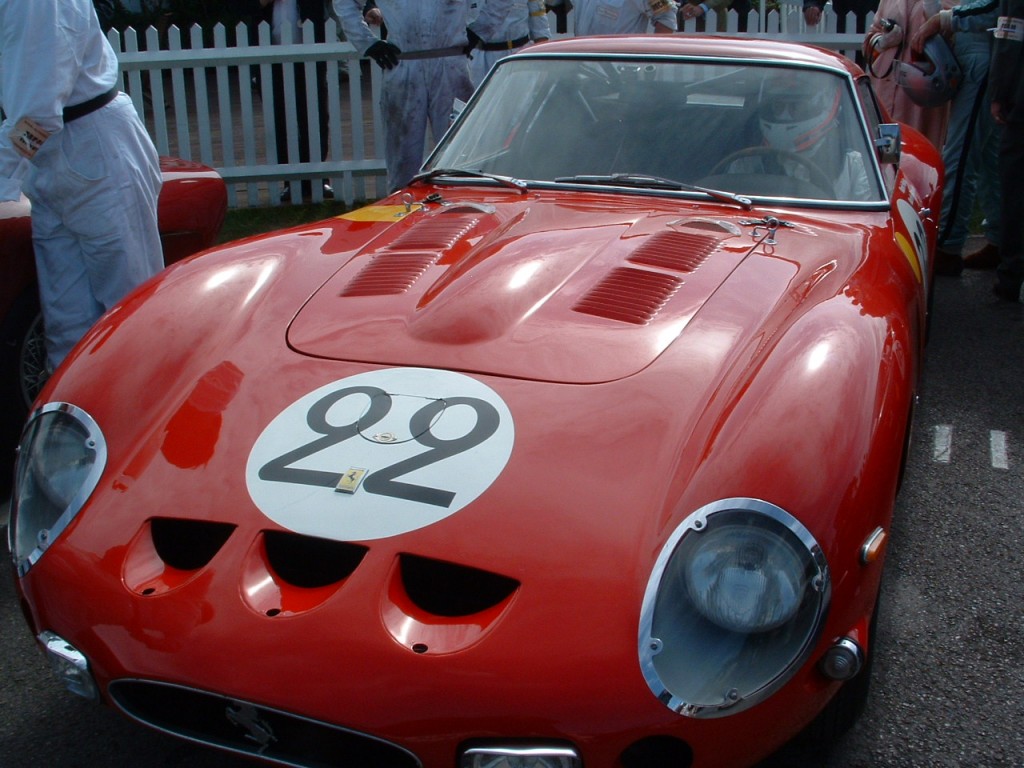 Built from 1966 to 1970 in Canada, by Hungarian brothers Rudy and George Fejer, race-car constructor Chinook, built chassis to compete in F Vee, Formula 5000, Indy and most prominently Can-Am. Powered by the ubiquitous 5 litre Chevrolet V8, the McLaren M1-esque Chinook MK2 had limited success in period, despite George Fejer winning the inaugural Can-Am Challenge race at Mont Tremblant in 1967, in a later MK5.Freshly rebuilt, after laying derelict for more than 30 years, Historic Formula 5000 racer, Canadian Jay Esterer, in his MK2, was the winner of the action packed Whitsun Trophy. 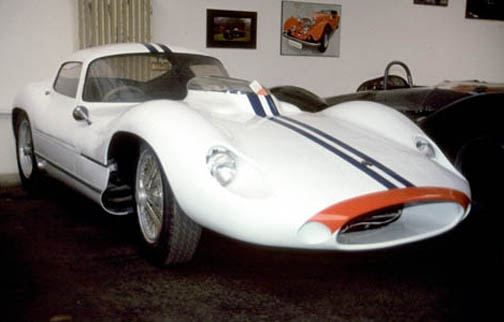 Shared by Derek Bell and Joe Colasacco, to an excellent third place in the rain-sodden RAC TT Celebration, Lawrence Auriana’s Maserati 151 (above) was one of three built in 1962 and initially powered by a 4.0 V8 version of Maserati’s thunderous 450S sports racer. Designed with Le Mans in mind, the Kamm-tailed coupe lacked outright speed, and for the 1963 trip to Le Sarthe, the engine was uprated to 4.9 litres, lasting only 40 laps before gearbox maladies caused retirement. Acknowledged as something of a “white elephant” alongside Maserati’s legendary 250F and 300S, Auriana’s freshly rebuilt and now unique example, had lain dormant in the German Rosso Bianco collection for many years….. and sounded sublime on the Lavant Straight.

I visited the adjacent pre-1966 car park often during the weekend – the diverse display of more than 1k collectors cars, undoubtedly worth the trip alone. Proximity to the Channel ports, ensures there is something of a Continental European invasion, acknowledged by two Dutch registered Maserati’s and an Italian registered Ferrari 250GTE. 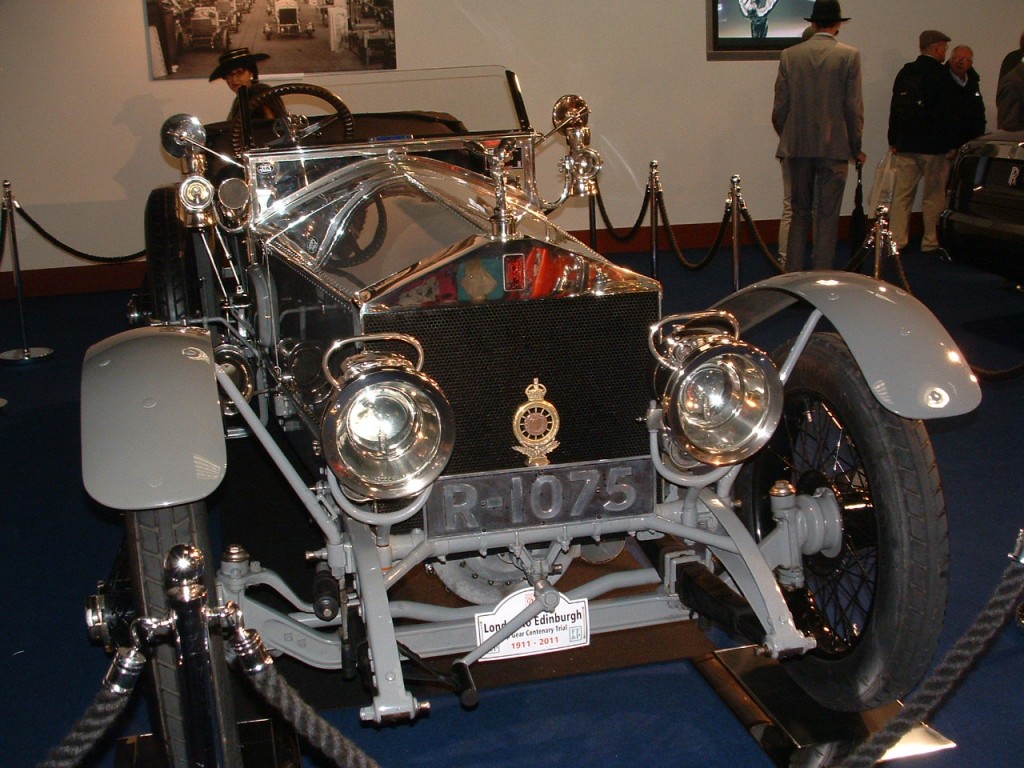 The centenary of the Rolls Royce Silver Ghost (above) was marked with a twenty car display supported by the nearby factory and in the Bonhams Auction, the two Ferrari’s consigned, a LHD Daytona Spyder and restored, RHD Dino, both have new custodians.

Attracting much attention in the Freddie March Spirit of Aviation display was the sole UK based, airworthy, Boeing B17 Flying Fortress “ The Sally B” and with ten Supermarine Spitfires (which flew in period from RAF Westhampnett) reunited to celebrate the iconic ‘planes 75th birthday, it was a fitting close to a fantastic weekend, passing it’s creator, Reginald Mitchell’s Kidsgrove birthplace, on my trip home…

Special Awards for the weekend:

No need to pack my blazer and cravat for my next trip, the well subscribed, third Algarve Historic Festival at the Autodromo Parkalgar…see you there!