With two weeks to go, everyone has a chance to win this great prize.  Our previous winner, Trevor Summers, who won a pair of tickets to the Donington Historic Festival left many comments on many of the posts across the site, added insightful opinion and was a rightful winner.  I encourage all readers to do similar for this competition, which will give you the best chance of winning the tickets to this years Silverstone Classic.

Why don’t you tell me your best memory of Silverstone here?

One (and there have been many) of my memorable moments was in 1991 when Mansell-Mania greeted the drivers as they arrived at Silverstone for the British Grand Prix.

Mansell qualified on pole in front of his home fans, with title-rival Ayrton Senna second. Riccardo Patrese was third, followed by Gerhard Berger, Alain Prost, Jean Alesi, Roberto Moreno, Nelson Piquet, Maurício Gugelmin, and Stefano Modena. Senna made a rocket start to lead Mansell, while Patrese was the first casualty of the day, having been bumped off by Berger. Senna’s lead didn’t last for long as Mansell re-passed him going into Stowe corner.

Mansell won (get in there my son), while rival Senna ran out of fuel on the last lap, he would be classified fourth. 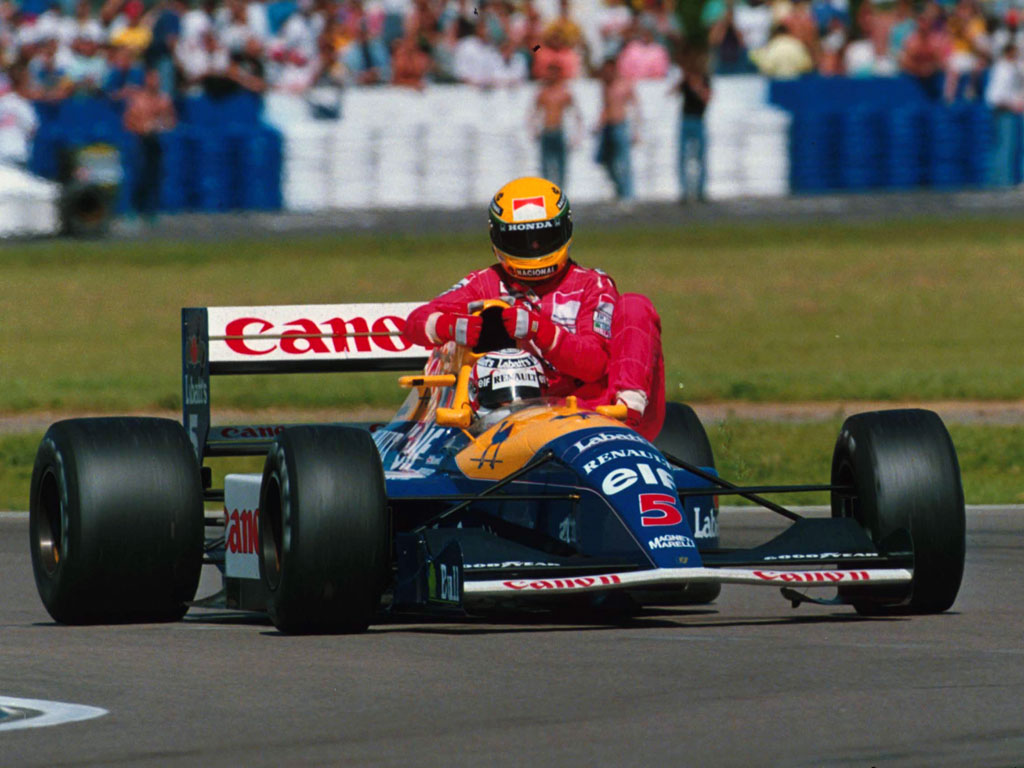 What made it for me was the sportsmanship that Mansell demonstrated when on his celebration lap he stopped to give Ayrton Senna (genius) a lift back to the pits on the sidepod of his Williams FW14, after Senna’s own McLaren MP4/6 ran out of fuel on the final lap.  Watch it on video below:

7 comments on "Free tickets to Silverstone Classic, 2 weeks until we award 1 pair of free tickets."