The biggest ever grid of racing E-type Jaguars will make a fantastic spectacle as the 50th anniversary of the model is celebrated in style during the Silverstone Classic (22-24 July). 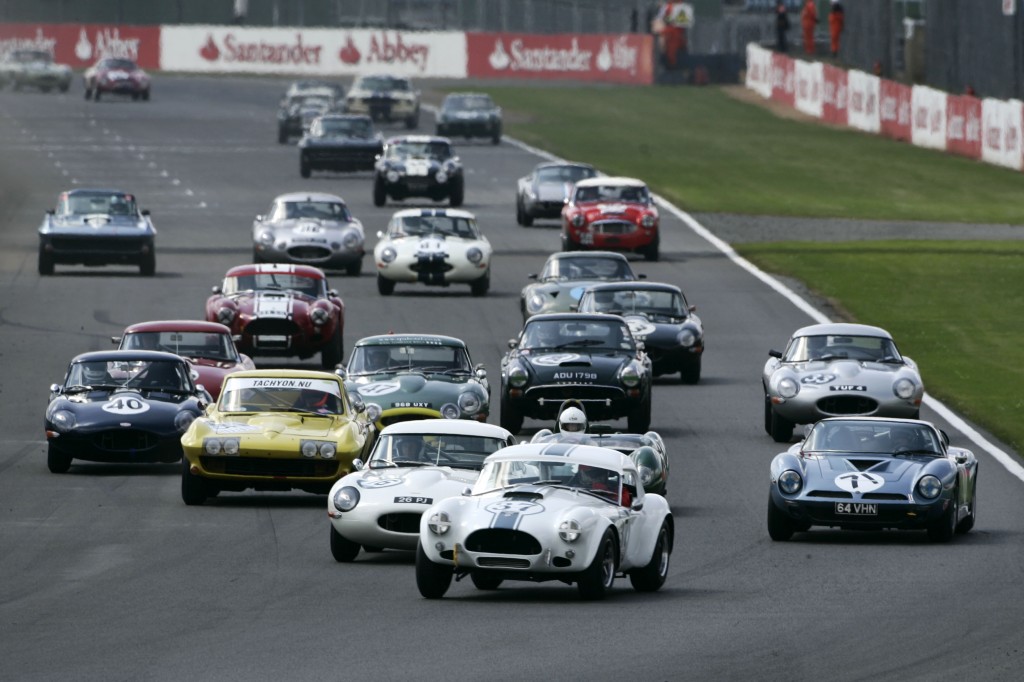 Two of the weekend’s races will be for the E-type Challenge, including a race in a prime slot on Saturday evening. With 68 cars now registered for the series, it is hoped that a capacity grid of 58 cars will start the races, with an excess of 60 cars on track during qualifying. The Challenge covers five events, with the Silverstone Classic races being by far the biggest grids of the season as well as the only double-header race meeting on the calendar

The new-for-2011 series is managed by the Historic Sports Car Club in conjunction with Jaguar Heritage and is supported by JD Classics. It is open to cars in strict period specification running in two classes; cars prepared to a period race trim and standard cars.

“Our aim is to start a maximum grid of 58 cars at Silverstone,” said Grahame White of the HSCC. “We are absolutely delighted with the response and the race on Saturday evening will be very special.”  The sight of 58 E-types racing on the full Silverstone Grand Prix circuit will be a memorable spectacle as the sun sinks lower through the evening.

The whole Silverstone Classic weekend will have a strong E-type element, as the event is the official E-type 50th birthday celebration for the Jaguar clubs. Over 700 road-going E-types will be on display on the infield and will then take to the Silverstone Grand Prix circuit in a Guinness World Record parade on Saturday. Many of these cars coming from all over the world – including Mississippi, Mexico, Malta and Moscow – just to be part of this special celebration.

The entry list for the E-type races is full of talented and determined racers and includes Michael Quinn, grandson of Jaguar co-founder Sir William Lyons. Quinn has raced regularly in Classic Formula 3 cars, but will now race in the model that was masterminded by his late grandfather.

One of the pre-race favourites is Jon Minshaw, who has been one of the most successful E-type racers of the last decade. “For someone who loves racing E-types as much as I do, you couldn’t want for better. I’ve been racing E-types for 12 years now and it is still my favourite race car,” said Minshaw. “It will be very competitive at the front. Gary Pearson will be quick and one of the biggest challenges will be my younger brother Jason. We’re already winding each other up about it.”  To make it a major family occasion, Jon and Jason’s father Alan (now 76 years old) will also be on the grid, challenging for the class for standard cars.

“We are thrilled to be celebrating 50 years of the Jaguar E-type at the Silverstone Classic this year,” said Event Director, Nick Wigley. “There is no better place than Silverstone to celebrate a car that has such a special place in the nation’s affections – what’s more it encompasses our key brand values being British, classic and fun. The two E-type races will be absolute highlights of the weekend’s racing and the off-track displays will be outstanding.”

Did you know that you could win a pair of free tickets, courtesy of MyCarHeaven.com.  Click here for more information.