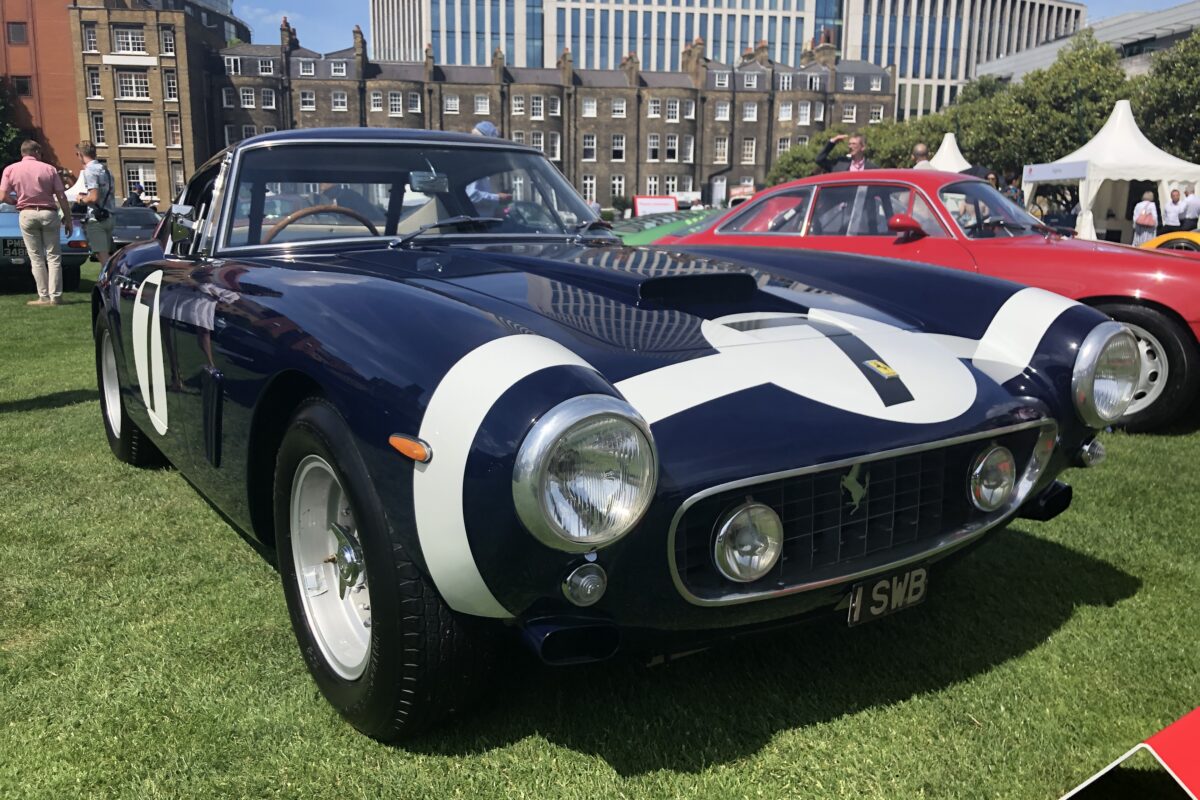 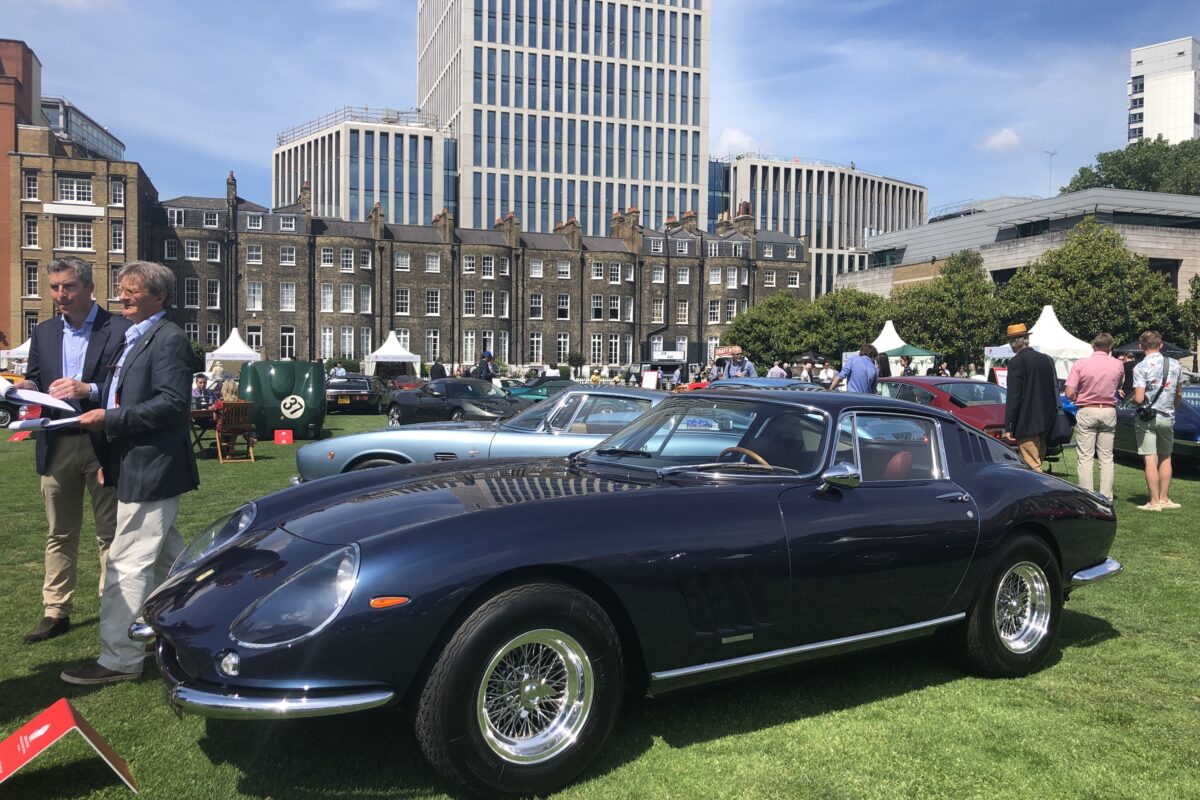 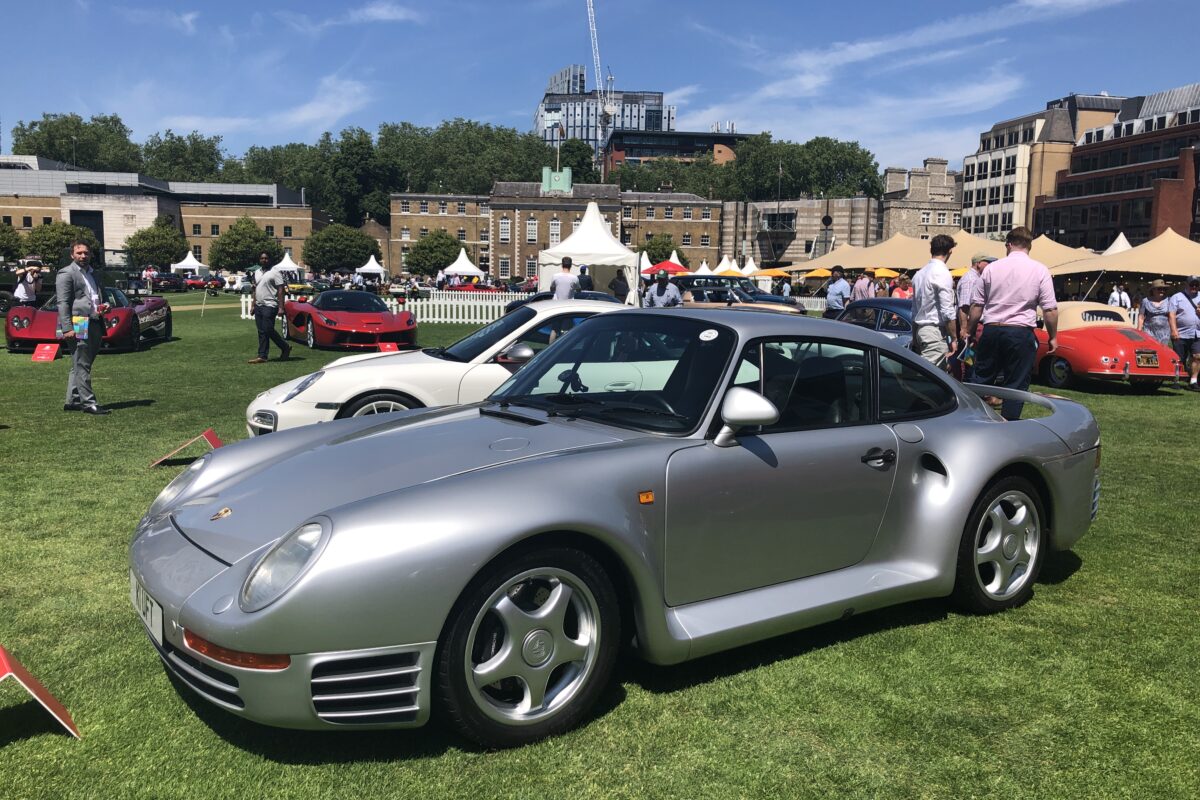 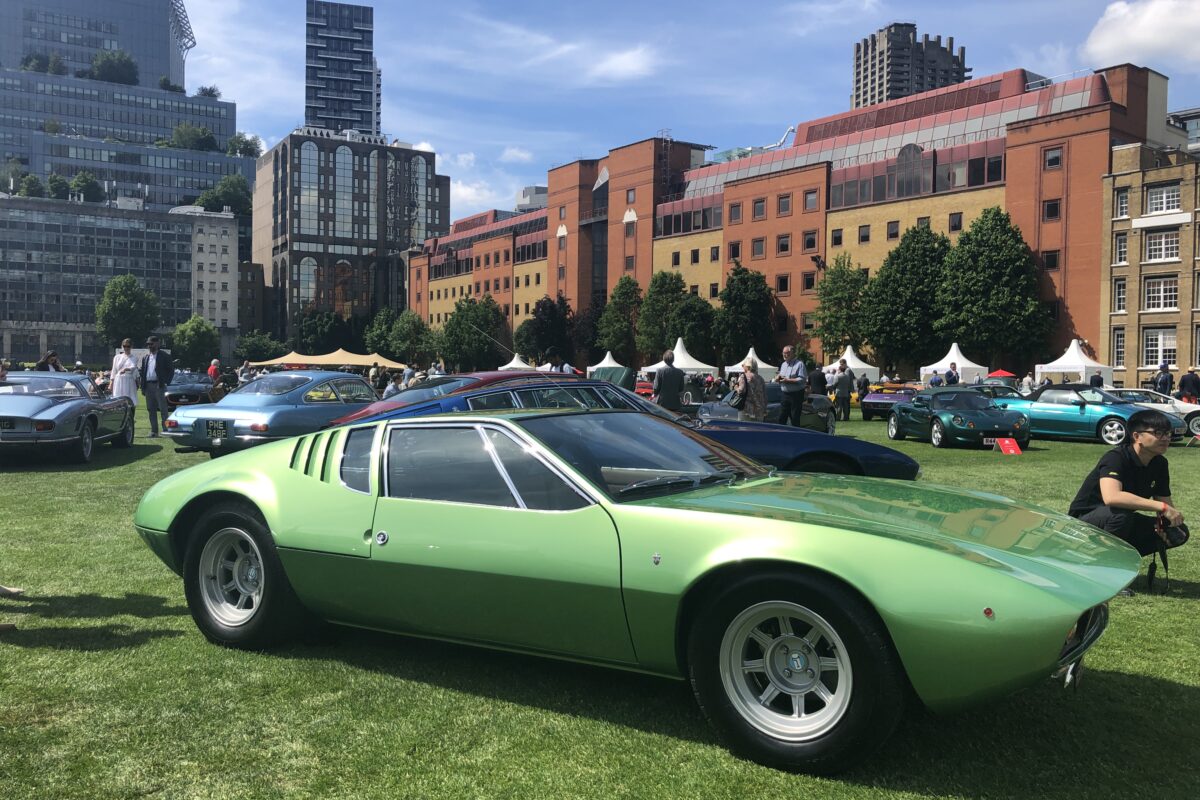 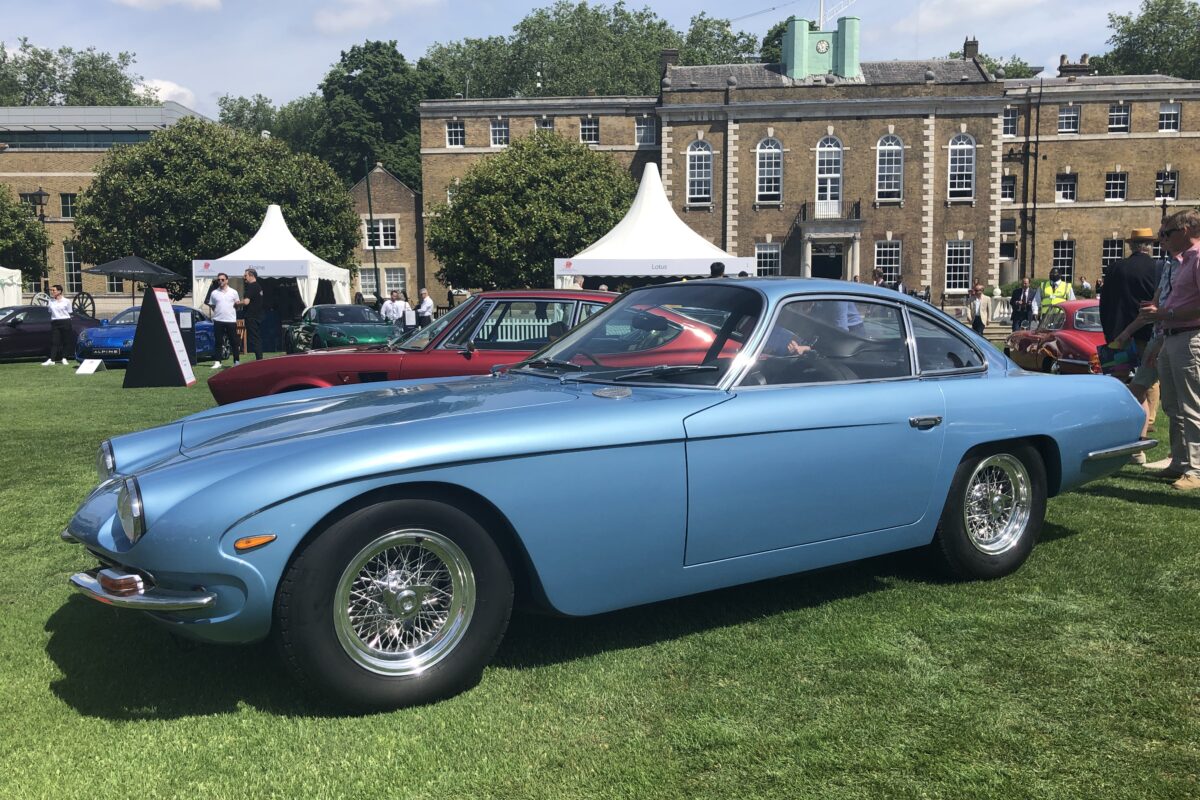 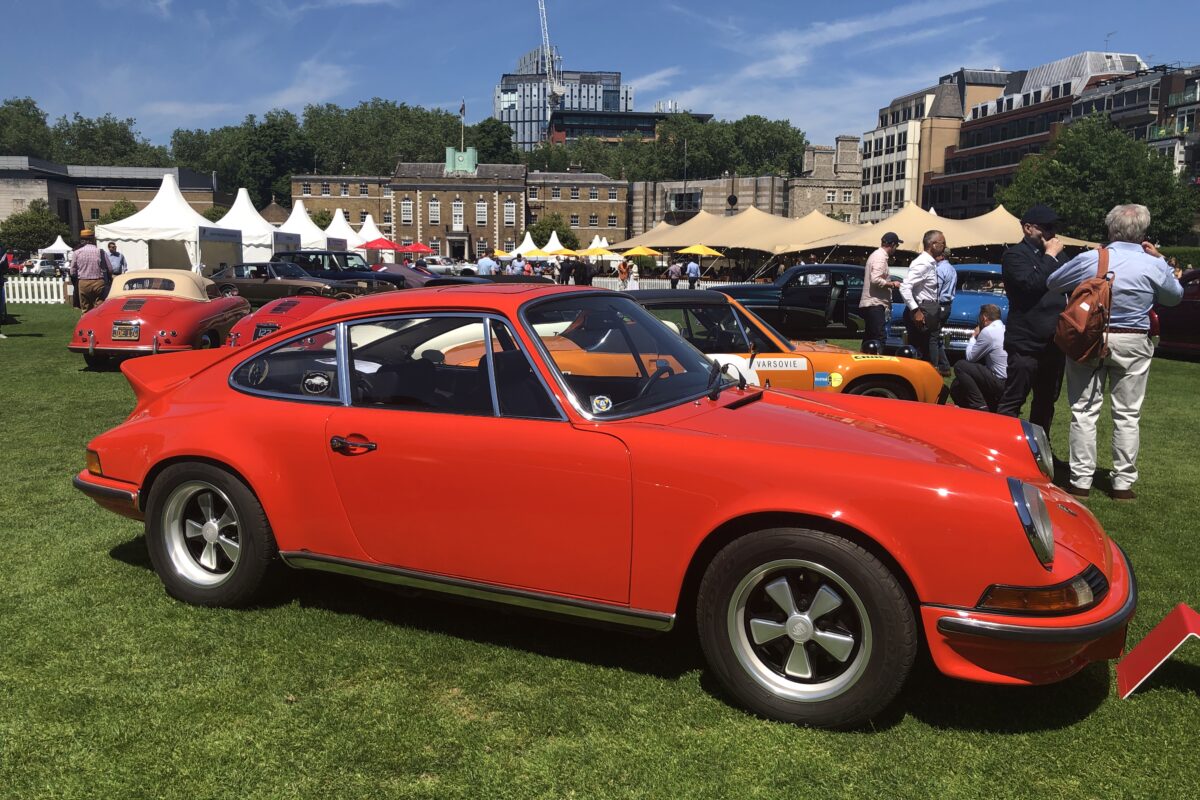 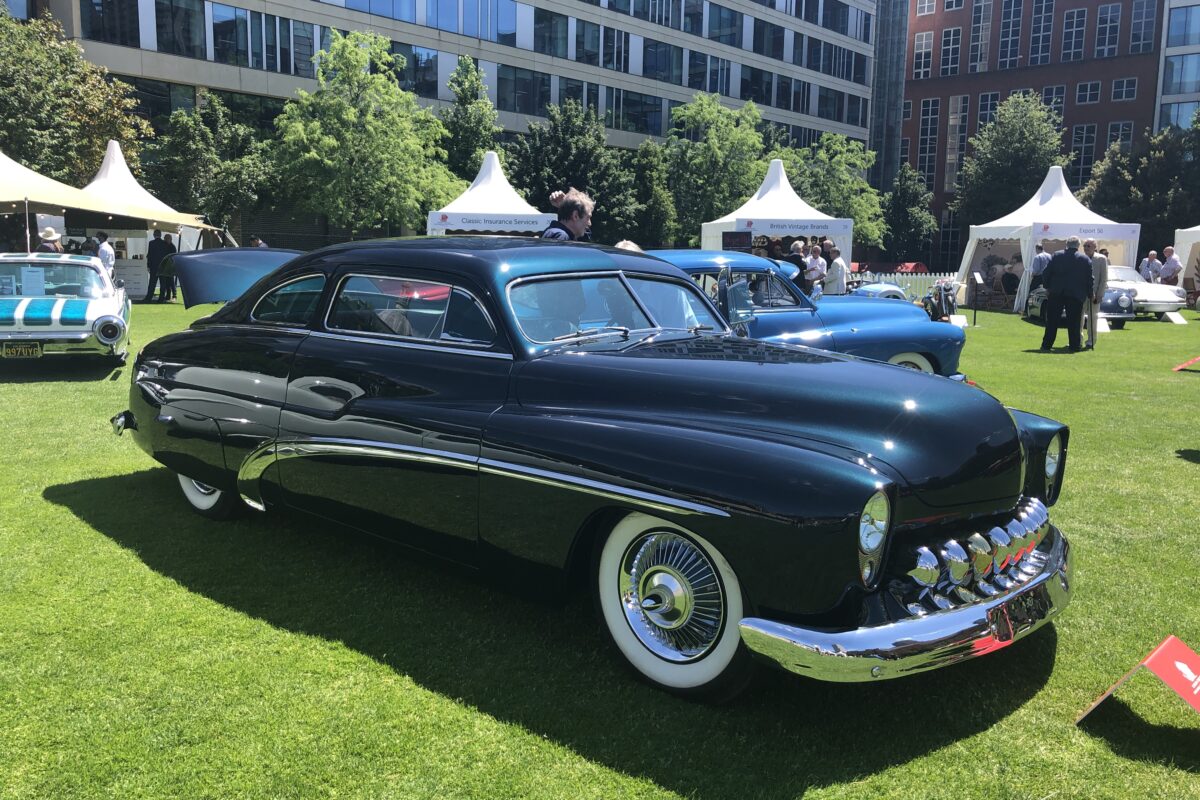 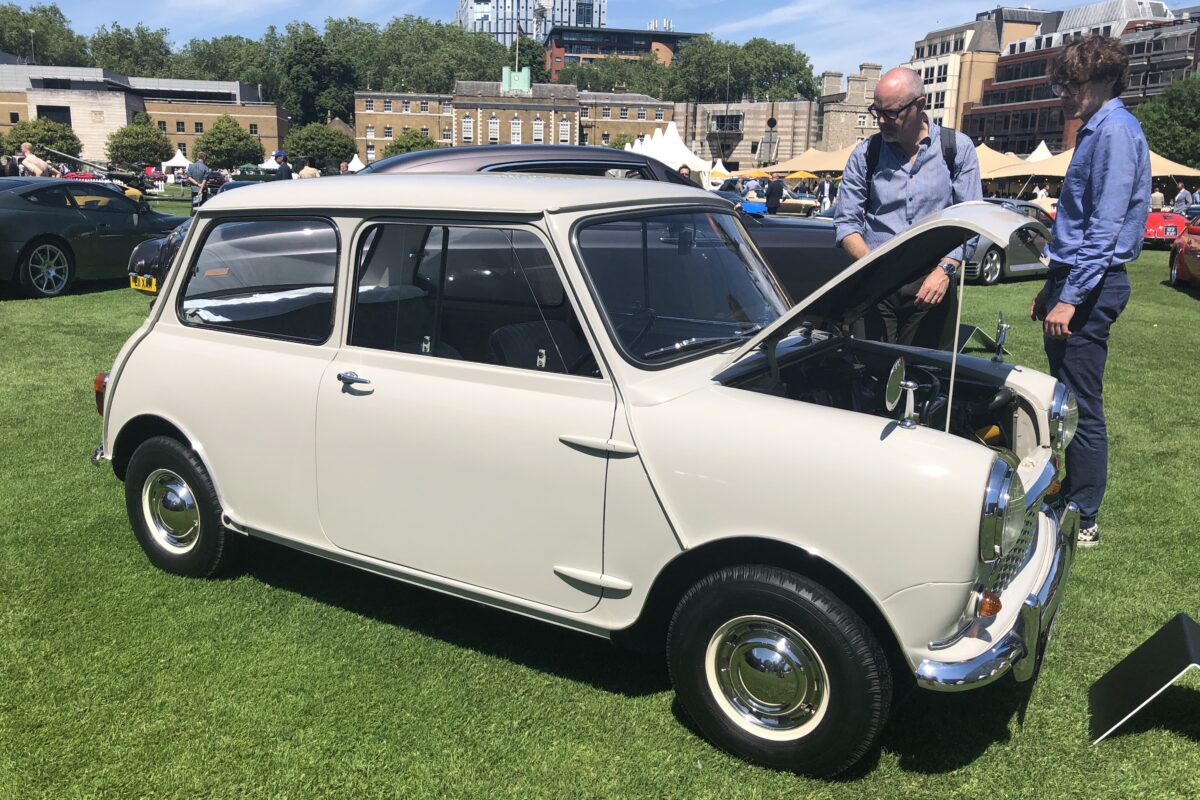 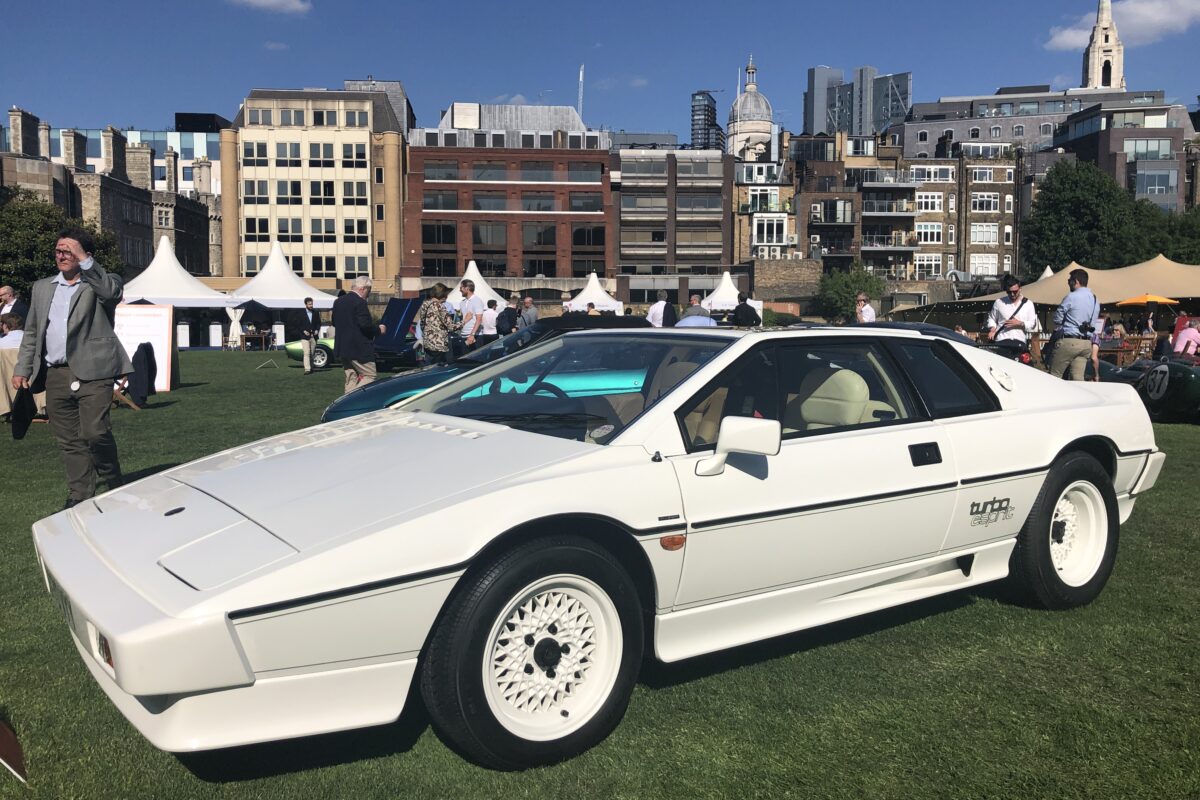 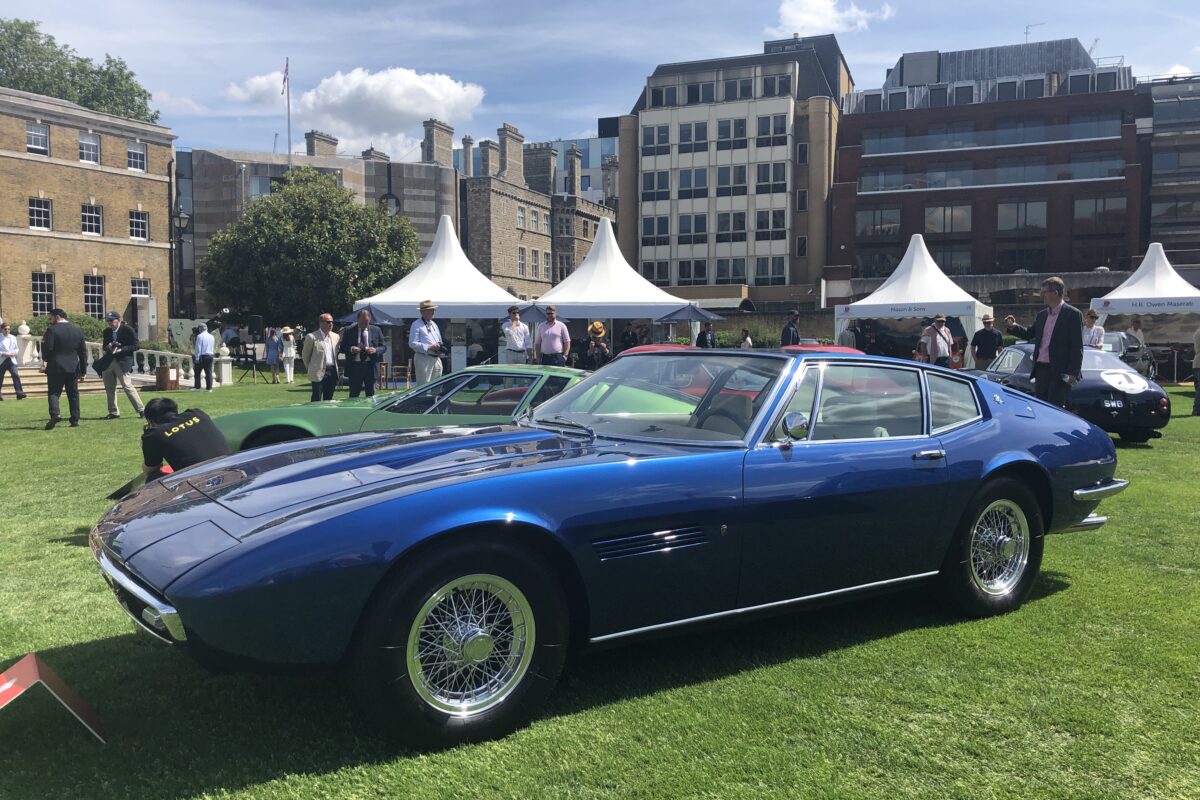 In my opinion this car would have been the concourse winner. This is the Ferrari, chassis 2735GT, Stirling Moss raced the most – and in which he won the most races, too.  In fact, he took no fewer than five victories in it, including the hugely important Goodwood tourist Trophy in 1961. Chassis 2735GT was also raised by Graham Hill alongside Moss in the 1961 Le Mans 24 hours, gaining the GT lap record. In the 1962 tourist Trophy, 2735GT crashed into John Surtees’ GTO and Jim Clarks Aston Zagato, Necessitating a brand new ‘Drogo’ body.   The correct Scaglietti body was later reinstated, and the car now boasts Ferrari Classiche certification.  In our opinion this is one of the most beautiful looking cars ever made.

One of my favourite Ferrari of all time. It’s fair to say that the alloy body together with the six carburettor specification make this the most desirable version of the Ferrari 275 GTB – which itself is seen as perhaps the pinnacle of the marks Road models. Only 442 were built in total, and this car is one of a mere 12 lightweight examples, made in 1966. The 275 GTB comes complete with an extensive history file; it’s known that in May 1966 the chassis frame was sent to Carrozzeria Scaglietti in Modena.  In July the engine was assembled and tested for the first time supervised by Foreman Amos Franchini. A month later the chassis build was completed. The car was exported to the US and sold new by Luigi Chinetti Motors in New York for $14,612 (less the part exchange of the Ferrari 250 GT Lusso).   The 275 GTB remained in America, and it now belongs to a leading automobile collector.

We love the Ferrari 275 GTB and this example was beautiful as you’d expect at a Concours event.

What a car. One of the cars that I had on my bedroom wall as a kid, so if holds a special place in my head & heart. This is one of Porsches most legendary cars, nemesis of the Ferrari F40.  This car was a technological marvel in its time. This example (number 291) is even more special as it’s one of the final 959 is manufactured in 1992-93, four years after main production ceased. In 2018-19 the car had a mechanical overhaul by Porsche classic, which also serviced it as recently as last year. Refreshingly, the current owner says it’s “very much used and enjoyed” and has not been sentenced to a sterile existence in an air-conditioned garage. Nor would the 959 deserve such a fate; as the four father of modern all-wheel-drive supercars, and Group B rally hero, it really should be driven. Love it. Period.

What an absolutely stunning car. The replacement for Ferruccio Lamborghini’s first car, the 350 GT, was revealed at the 1966 Geneva Salon. The fresh 400 GT’s styling was near-identical to that of its predecessor, but the now-steel panels (bonnet and boot lid remained in alloy) were all new, as were a higher roofline and twin headlamps rather than single units. A 3929cc V12 replaced the 350 GT’s 3464cc engine, while power was up from 280 bhp to 320 bhp.  All this was good for a 0-60 mph sprint time of 7.5 seconds and an impressive 156 mph maximum speed.

Fewer than 250 400 GT’s were manufactured, but this – number 01342 – is one of only nine right-hand drive examples, converted by Hoopers under license from the factory. It now lives in a dehumidified and air-conditioned private collection. Absolutely stunning, beautiful;, rare. We love it.

In my opinion one of the most iconic 911 and absolutely beautiful. This cherished 1972 911 Carrera 2.7 RS has been in the current owners collection since 2000, and it’s one of the original series of 500 built for homologation purposes. These cars famously featured thinner-guage sheet metal and glass, along with swollen arches and quarter panels to accommodate wider Fuchs alloys rims.

Boasting a high level of originality, this car has never undergone any major restoration work, only light repairs, regular maintenance and a bare metal respray. Its history file dates back to 1979, which reveals that it resided in Switzerland until it was imported to its UK based, and fourth, owner. The current owner wanted and unmolested example from the original series of 500 cars – and this one, the 243rd produced, fit the bill.  We love it.

What an unusual and unique colour. We love it.  This car was recently freshly restored.  The story of the Mangusta initially involved AC Cobra creator Carroll Shelby and designer Peter Brock, but after a false start the design duties passed to Giorgetto Giugiaro, then at Italian styling house Ghia, which then mercurial Alejandro De Tomaso acquired in 1967. The Mangusta itself was built on its predecessor Vallelunga’s chassis, with the Ford V8 and those distinctive gullwing engine covers. It’s thought that they were a mere 401 Mangustas were built, but the model pave the way for the better known Pantera.  Stunning.

Yes I know a Lotus Turbo Esprit in white, James Bond memories galore, but isn’t that what cars should invoke, positive memories, bring a smile to your face, and this car does that for me.  This Lotus Turbo Esprit S3 is a 1985 model-year car, built in 1984. It was specified with every factory option available in that year including the unique all over white out paint finish and the lift-out target tinted glass roof panel with wind deflector, stashed in the factory-original Lotus storage bag.   It has been cherished by it’s one owner, who has diligently sourced period accessories including a red plastic Kingavon petrol can, the 1985 issue of the anti-and theft crook lock, the AA book for the period, various John Player Special (JPS) accessories and even a classic JPS players cigarette packet. For those of a younger generation JPS was the sponsor of the Lotus F1 team at the time. This car also retains all the original factory labels, and it has covered just over 2000 miles from new, what a shame.  This really is a factory fresh time-warp condition Lotus Turbo Esprit and we love it. A round of applause to the owner, nice work.

Just absolutely stunning, and this won the Italian Berlinettas Concours Class at the show.  This car was getting a lot of attention from the concours judges and rightly so. A mere 1170 Ghibli’s were built during the models six-year production run of which around 700 survive today. This particular car was ordered with options including Borrani wire wheels and a Ferrero three-spoke leather steering wheel. In 1991, body and mechanical restoration work carried out by its then owner, Theophilus ‘Rocky’ Guliuzza, with the invoices totalling more than $100,000. It’s believed Mr Guliuzza continued to enjoy the Maserati until 2014, at which point the car was imported into the UK and bought by the current owner. In 2017 the Ghibli underwent another full restoration, which took around four years and consumed approximately 2000 hours. The car is now one of the best examples of Giugiaro’s masterpiece in the world.  This car rocks as you can see and the Concours judges thought.

I’m sure many would question why I’ve included an Austin Mini when there’s so many other wonderful cars such as Porsche 356 speedster, Iso Griffo GL365, Ferrari 250GTE, Lancia Flaminia GT, and the list goes on. However, I just love the classic Mini like so many other people in the world. It is a calssic for all time, not super expensive and it was a car of the people.

The mini was Sir Alec Issigonis’s masterpiece, and it is arguably now the most iconic British car of all time.  This example is thought to be the lowest-mileage unrestored early mini, showing just 2900 miles on the clock. After six years of very modest used by an elderly lady, it’s spent 39 years in a family collection. At some stage suffered minor damage, scratching the windscreen and some side glass, and requiring a partial Farina Grey new top finish. The original topcoat is still intact at the rear of the car, though. Everything else in this Austin Mini is original, right down to the tiles and carpets. We love it.

I just love this custom Mercury coupe. There were two cars that stood out to me in the Kustom class, the 1961 Ford Thunderbird and this 1950 Mercury Coupe ‘Planet Voodoo’.

The iconic 1949-1951 Mercury is the holy grail of many US customisers.  This 1950 Mercury Coupe ‘Planet Voodoo’ is owned by the proprietor of London-based restoration specialist Romance of Rust.

Utilising 1957 Continental Mk2 running gear and lowered suspension, the car has had countless subtle and not so subtle body modifications, from being chopped, nosed and decked to having all panel edges radiused. It wears 1953 Buick side trim and headlamp inserts, a single gold tooth in its 1953 DeSoto Grille, augmented ’57 Continental hubcaps and a custom-mixed Voodoo Vert paint colour. The wild interior boasts leather upholstery in Gucci reptile-print goat and Connolly hides, a Cobra skin/Connolly steering wheel, boa constrictor skin-covered gauges and a custom painted dash – created by Vince Ray. A completely unique car, slick, mean, beautiful and we love it. You can see our walk around the Kustom Class cars here. 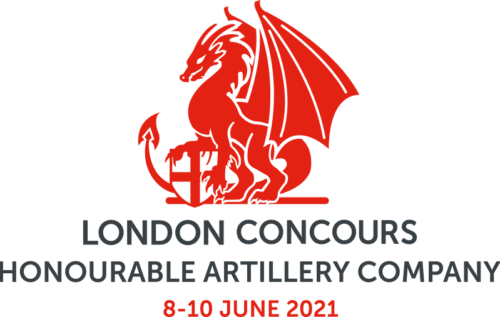