We attend many Classic Car Shows, but attended Auto Italia for the very first time this year, having never really known of it until recently.  We had also never been to Brooklands either.  Yes I Know!

So we were very excited to head down to Brooklands at 7.30am (ish) to enjoy all the Italian exotica that we hoped would be on display, and boy did it deliver.

This is one of the biggest events of the year at Brooklands and celebrated the UK’s obsession with all things Italian. This was Auto Italia’s 28th Spring gathering.

We loved just wandering around and checking out all the cars, some unusual cars, fun cars, fun events, plenty to do with all the museums open at no extra cost.  Some of the cars we loved were: 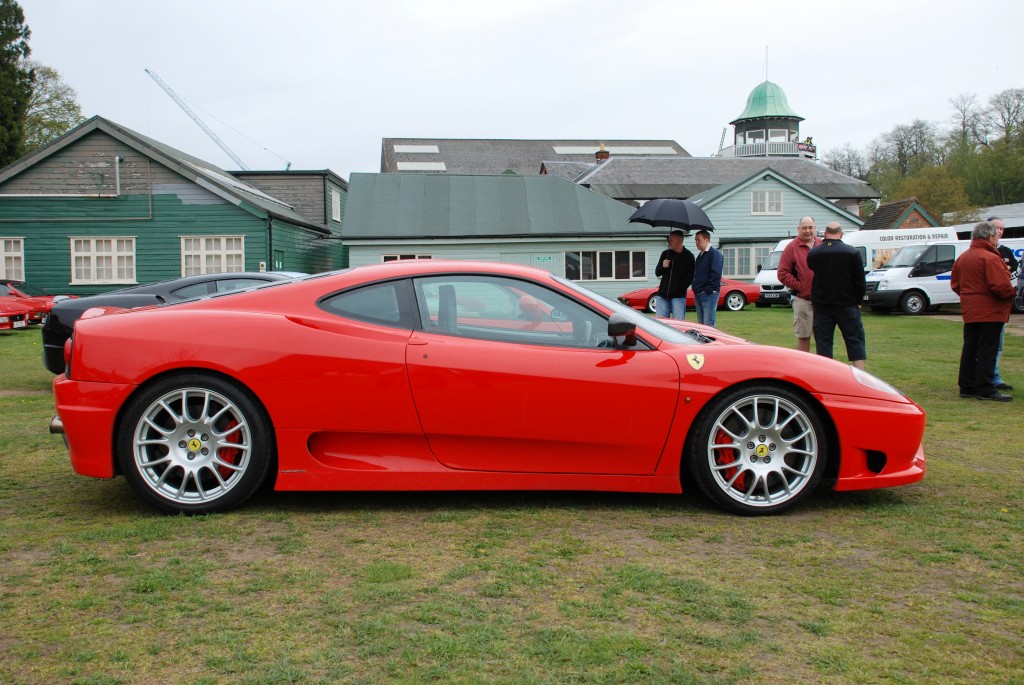 Ferrari Van (although we think it was a cool converted Fiat) Anyone know what it is? (below) 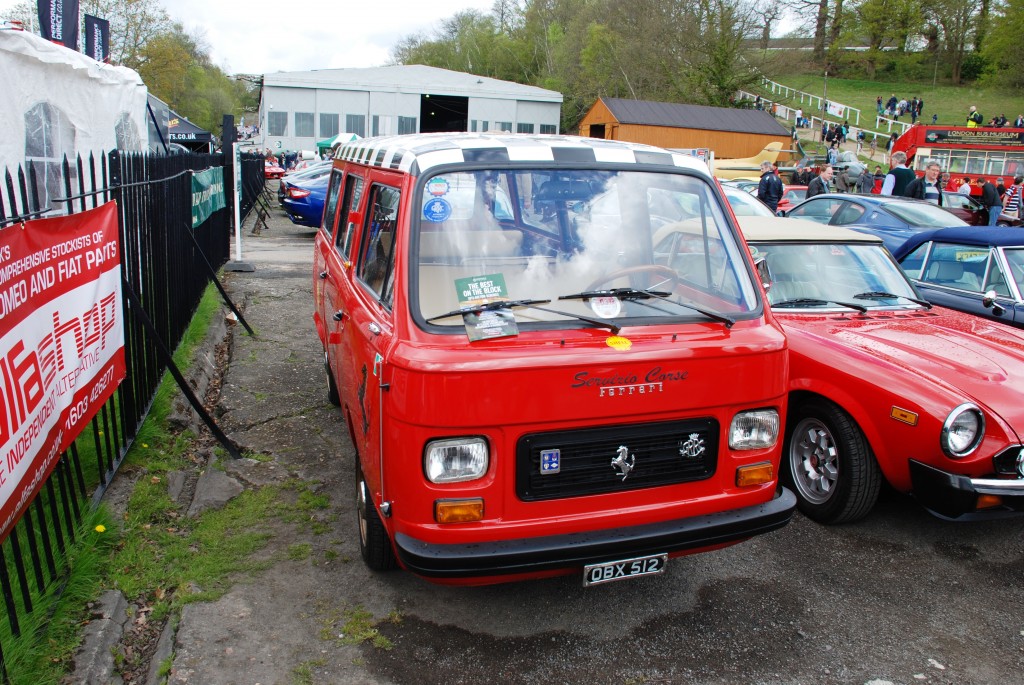 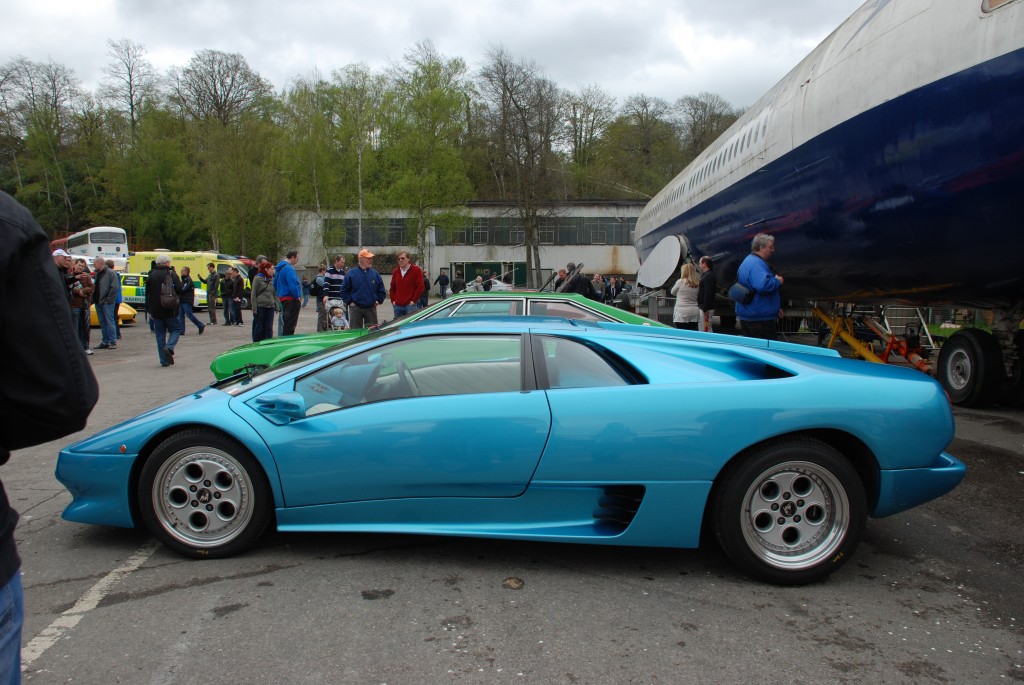 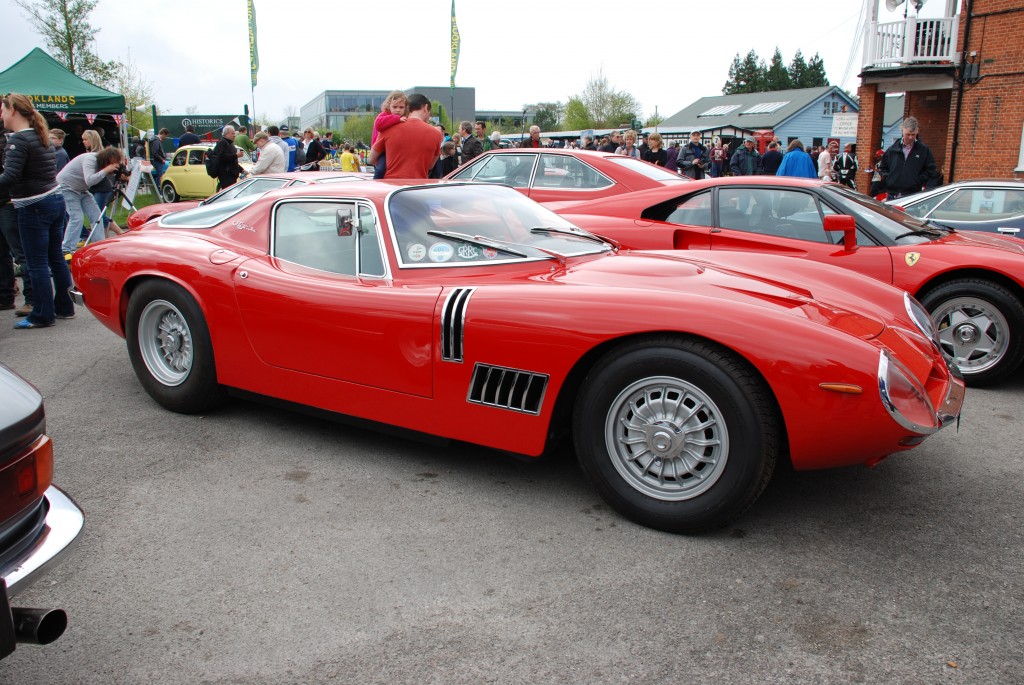 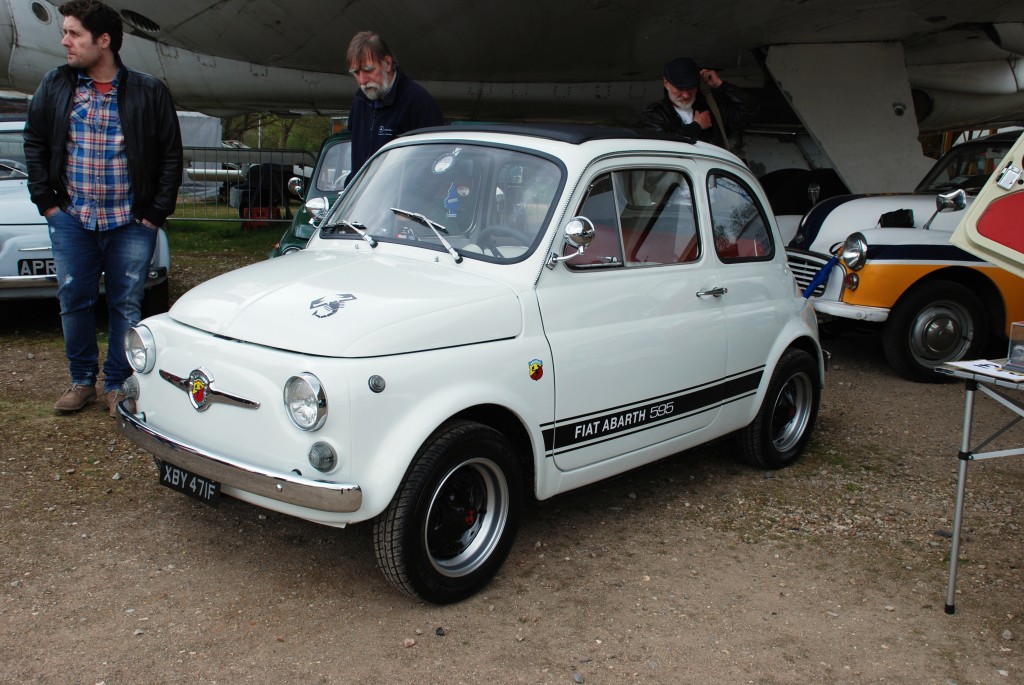 All our pictures from Auto Italia can be seen on our Facebook photo album here.

It was a jam packed event, with I guess a couple of thousand cars at least on display.  What I thought was good with this show was that your everyday cars were in the same show/ area as the supercars, it was just an Italian appreciation day, which was cool.

We managed to take in all the museum displays and aircrafts which was cool, although it would be fair to say that we did not give them the time they probably deserved given there were so many cool cars to look at and other thing to see.

At midday many of the display cars took to the Mercedes-Benz World Track for demonstrations.  The crowds gathered in anticipation, however, we watched for about 10 minutes then had had enough, this bit of the day was okay at best.  The reason for this?  You could not see much, poor viewing because of the safety barriers and the cars were driving in rather a processional way.  Something the event organisers can work on improving next year.  For what it is worth, maybe next year they could have better viewing galleries or even stands so the fans can see over the protective barriers!  Another idea, do some drag races, so the fans can really see the cars “go for it”.  Who’d like to see a Alfa Romeo 8C Competizione versus a Ferrari F430?  I know we would.

We checked out more cars, there were loads. We then headed over to the Test Hill to see what that had to offer.  Essentially those people that had registered to drive up the hill, could, most went up slow (boo), one poor guy stopped half way up and eventually made it after about 6 hill starts.  However, the two highlight of the hill runs were a Ferrari 360 Modena that was driven so fast that it took off as the top and runs were put on hold whilst I assume the car was put back together (oh dear).  I regret to inform you I did not video this one, gutted!  Then there was an awesome sounding De Tomaso Pantera GTS, what a sound and all credit goes to the owner/ driver for “giving it some”, awesome.  Watch the Tomaso Pantera GTS video here.

So have we convinced you to go next year?  We loved it and for sure will go again.

Did you go to this years Auto Italia?  If so we’d love to know what you thought.

Our Top Ten cars from Auto Italia 2013 are here.