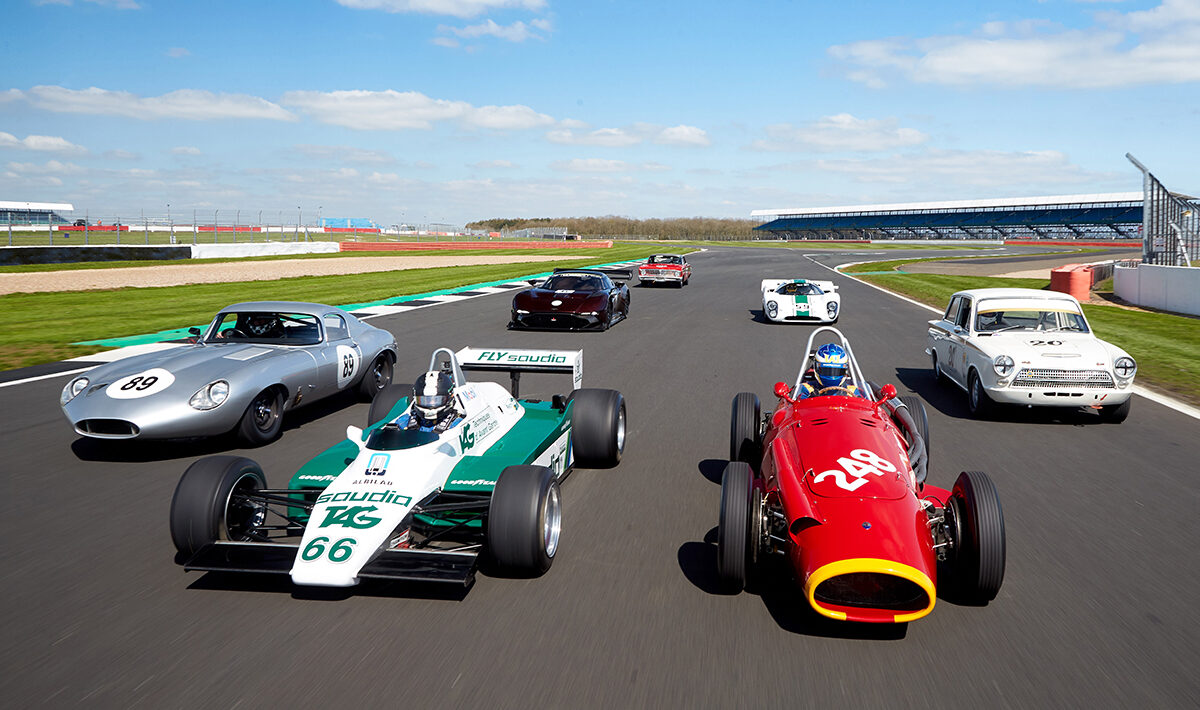 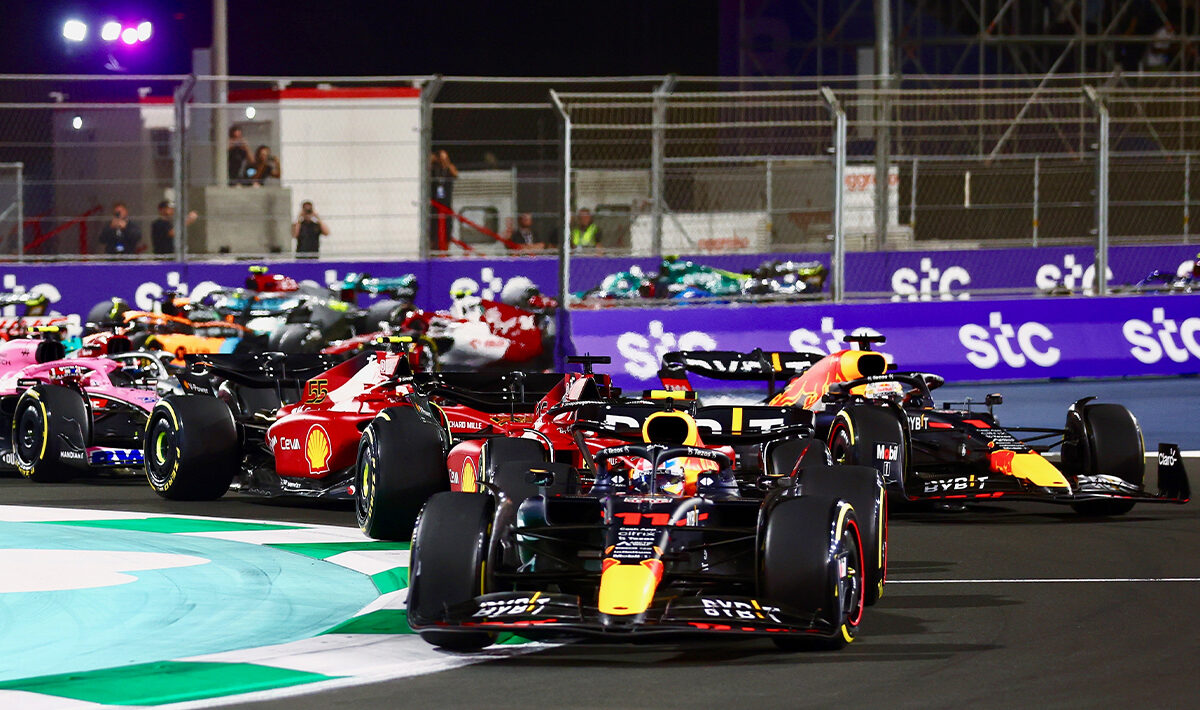 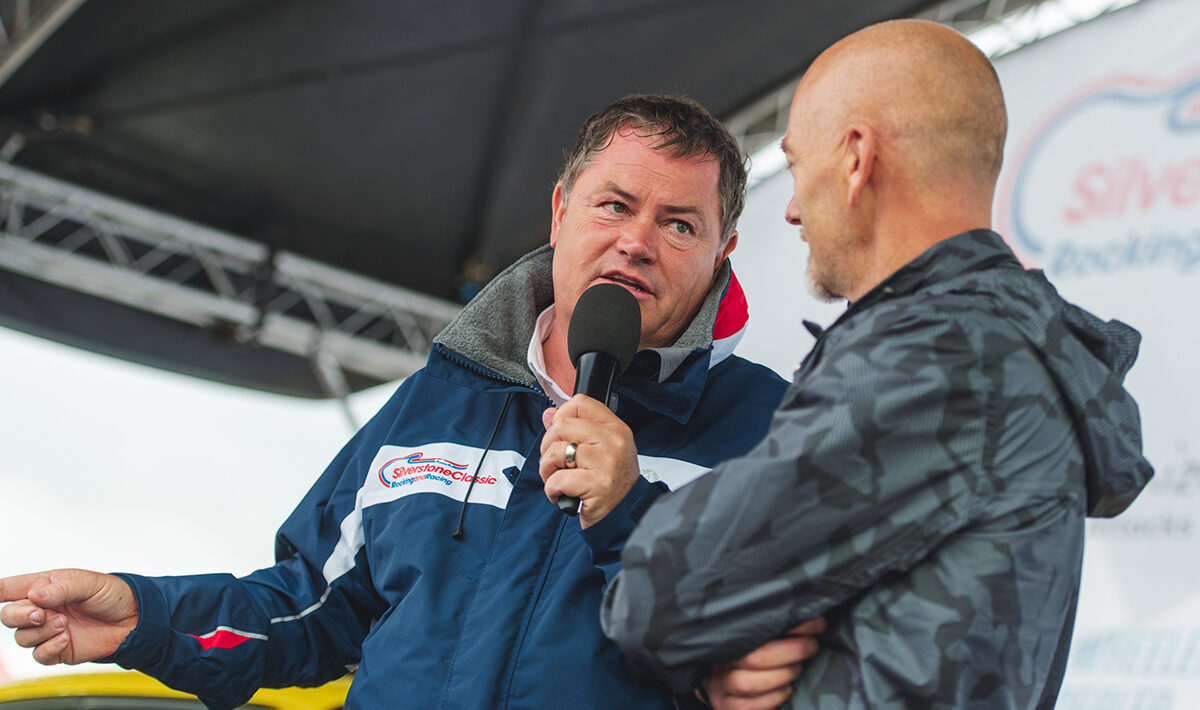 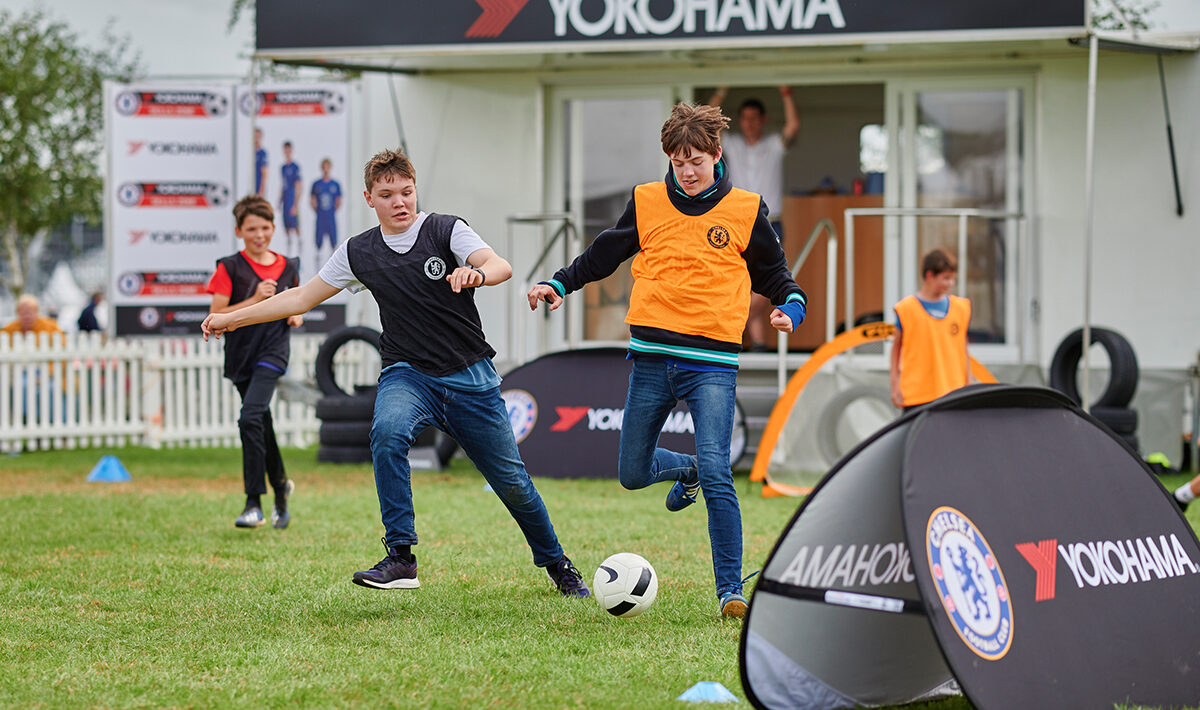 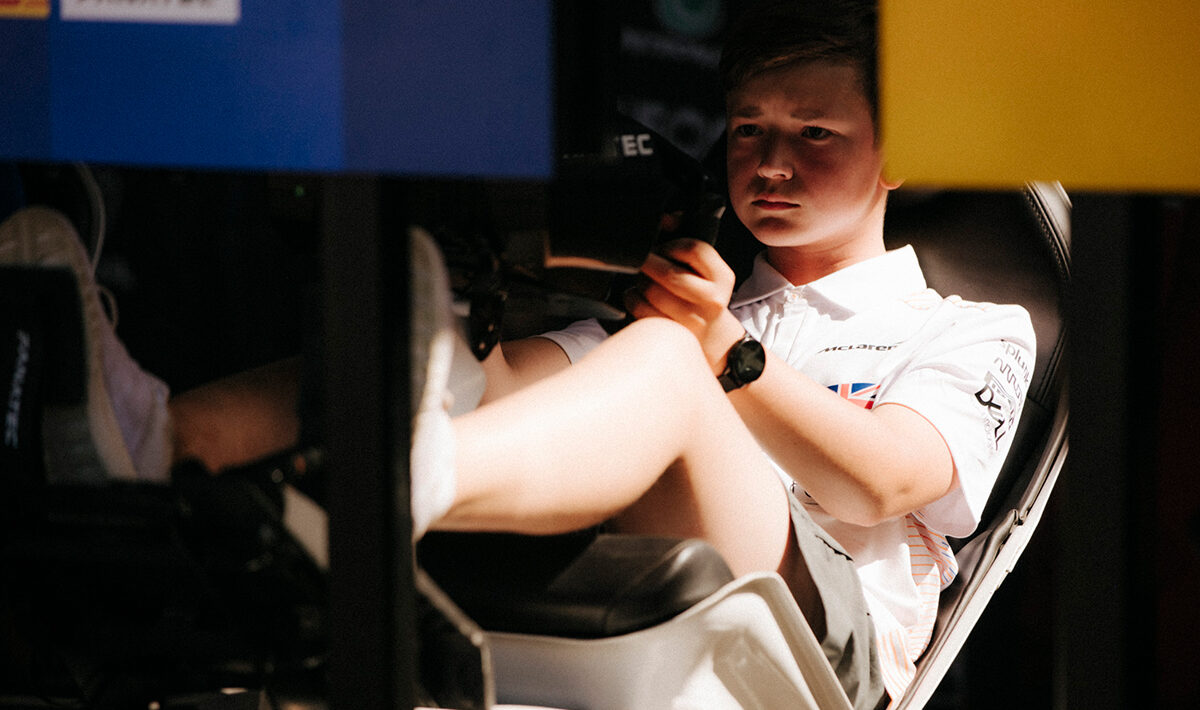 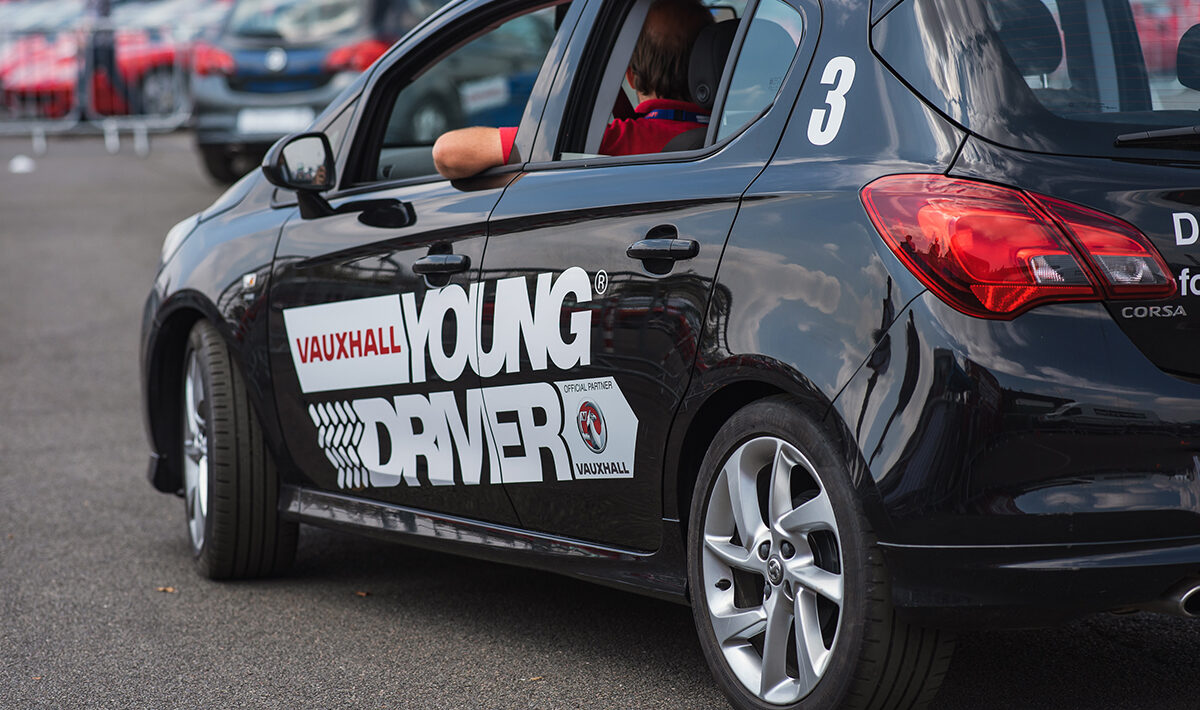 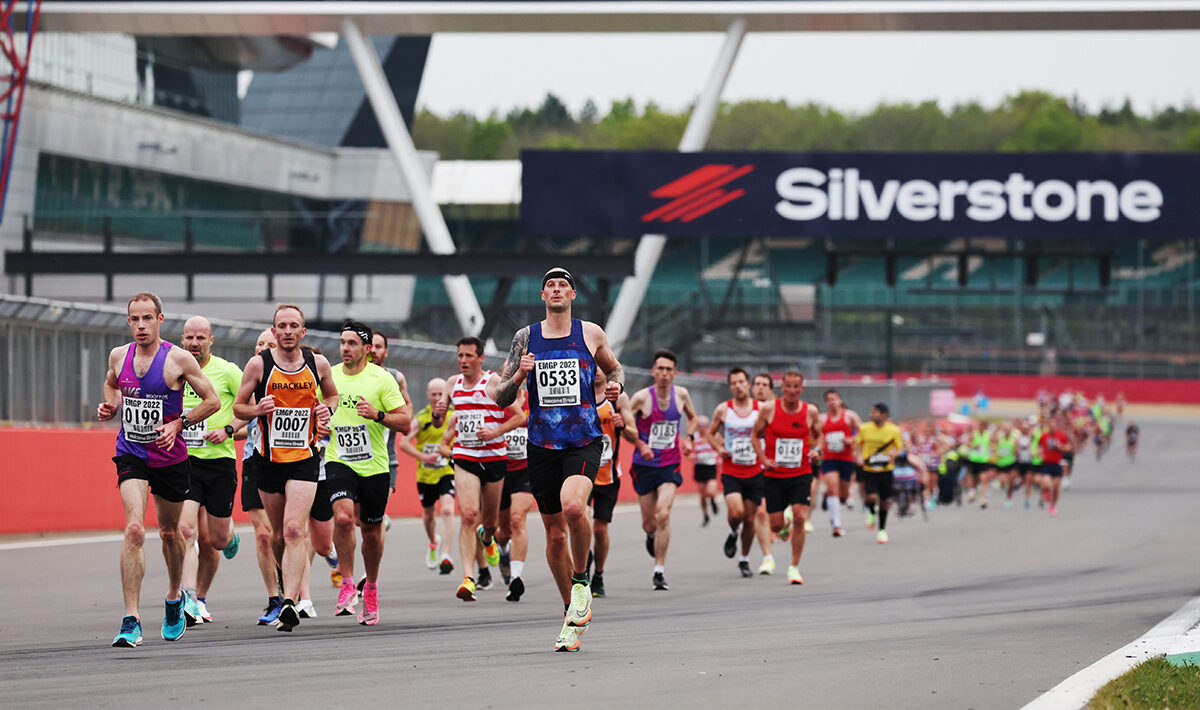 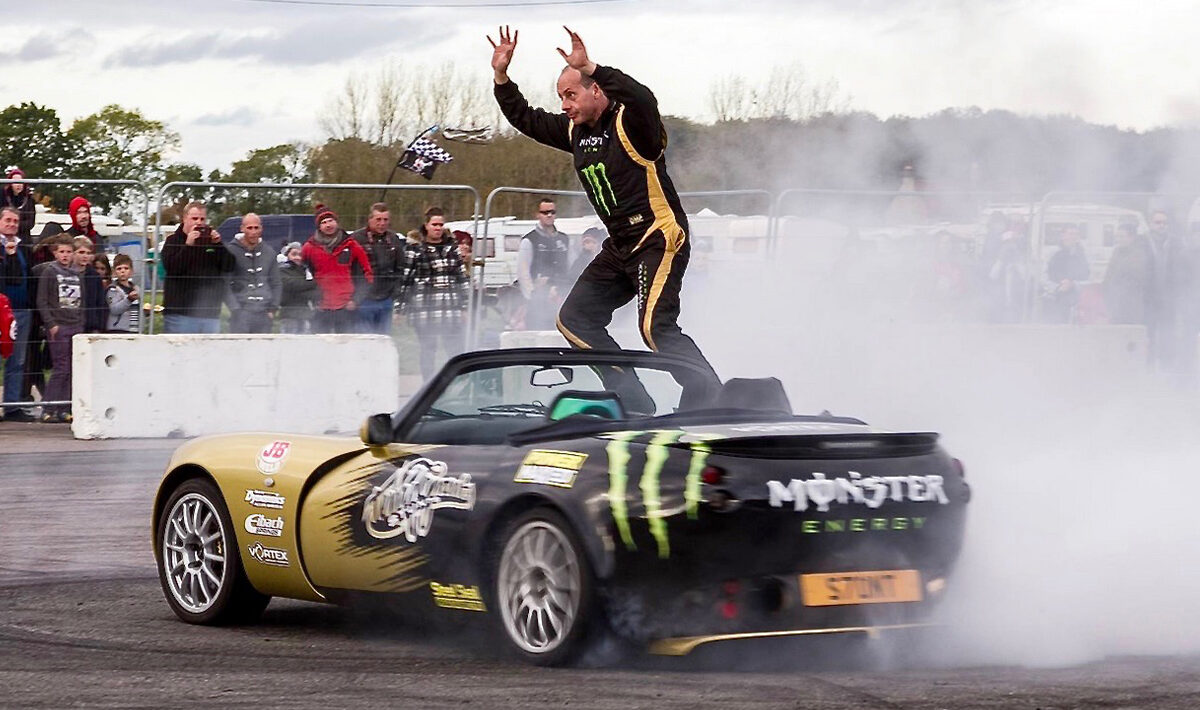 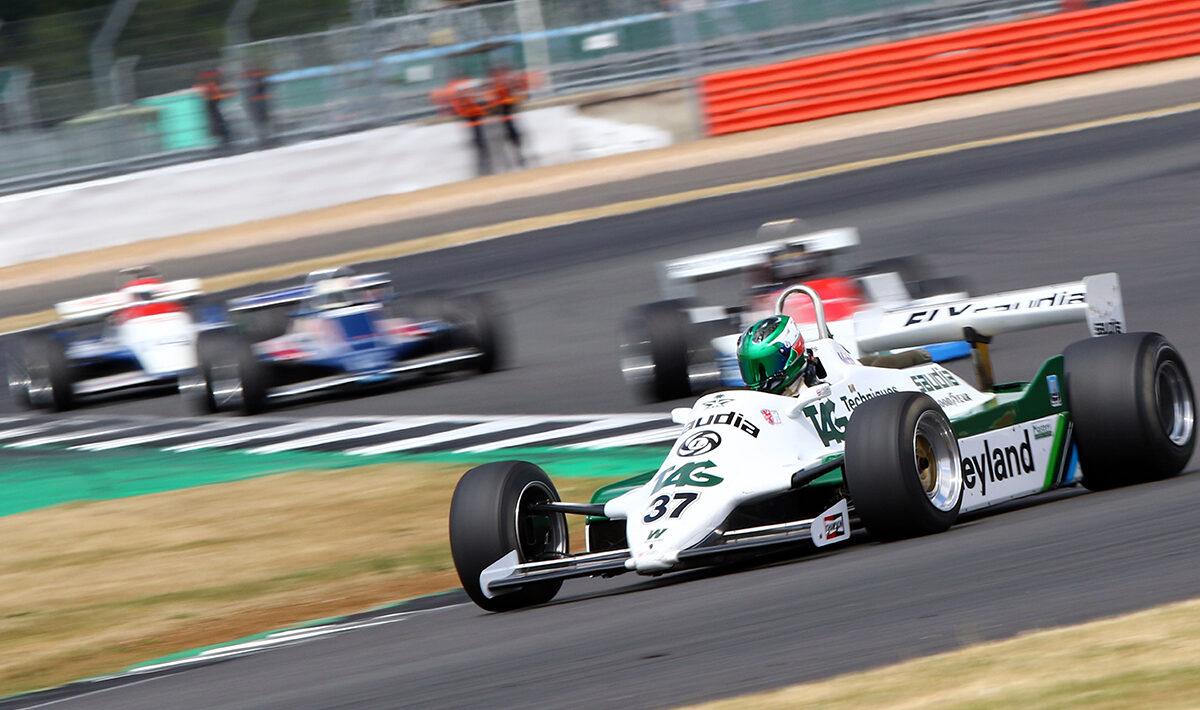 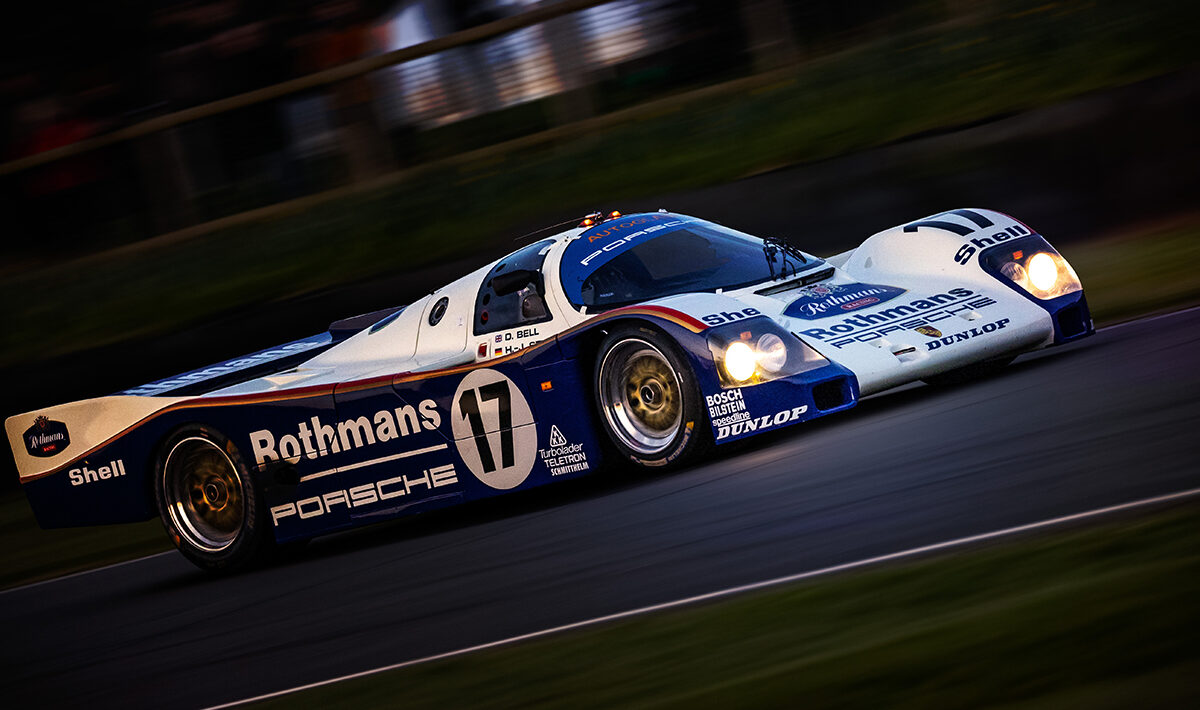 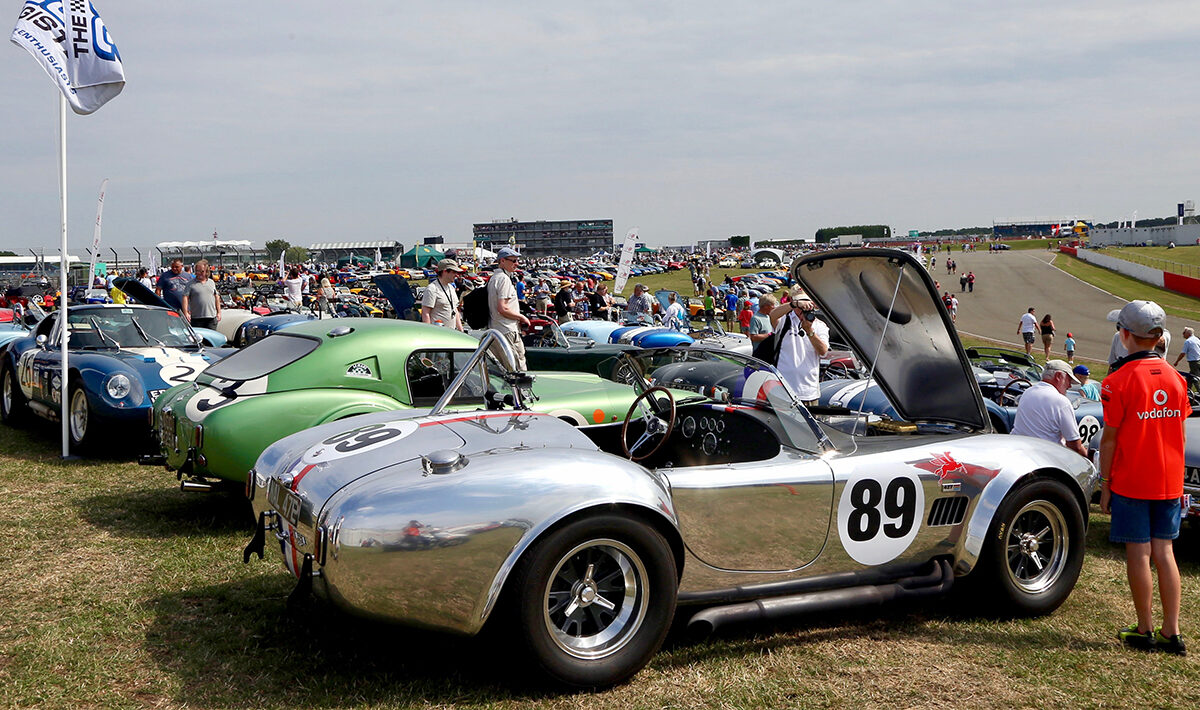 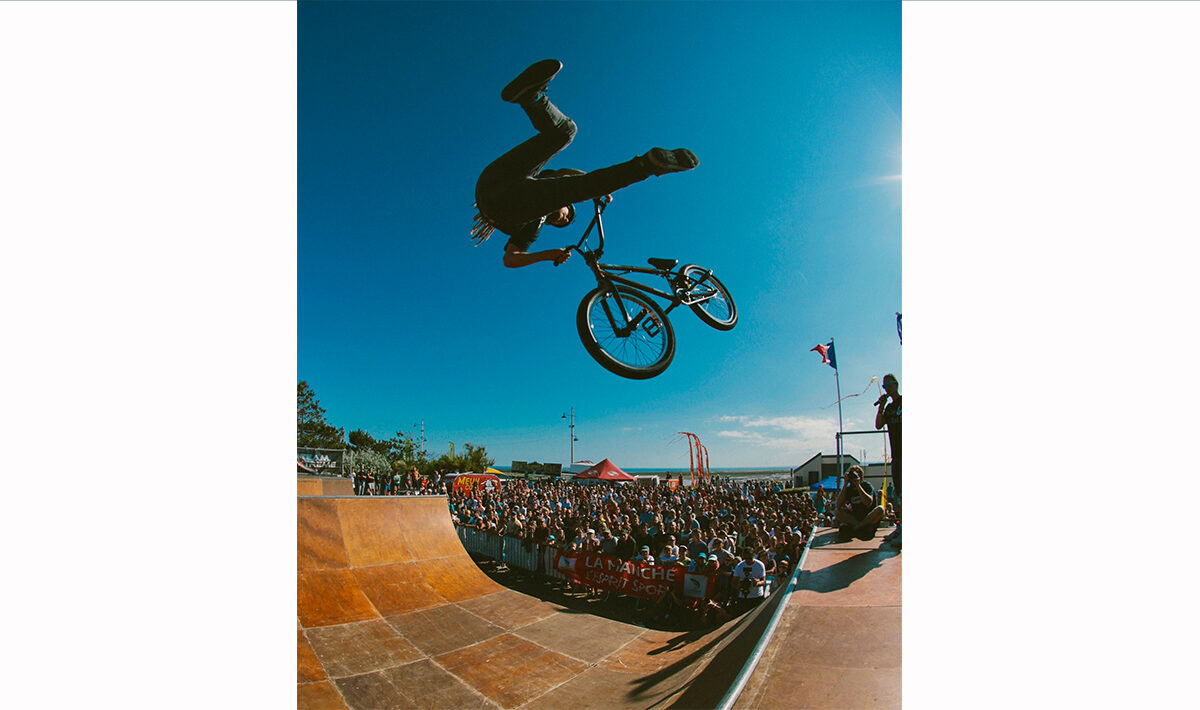 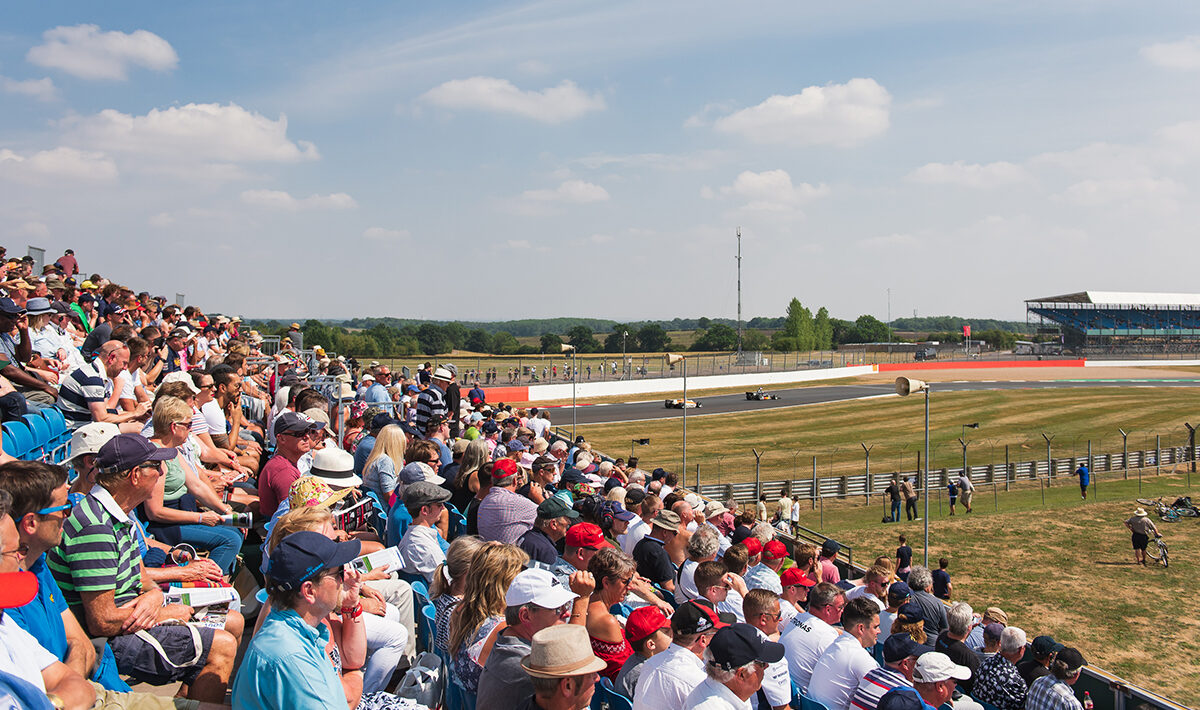 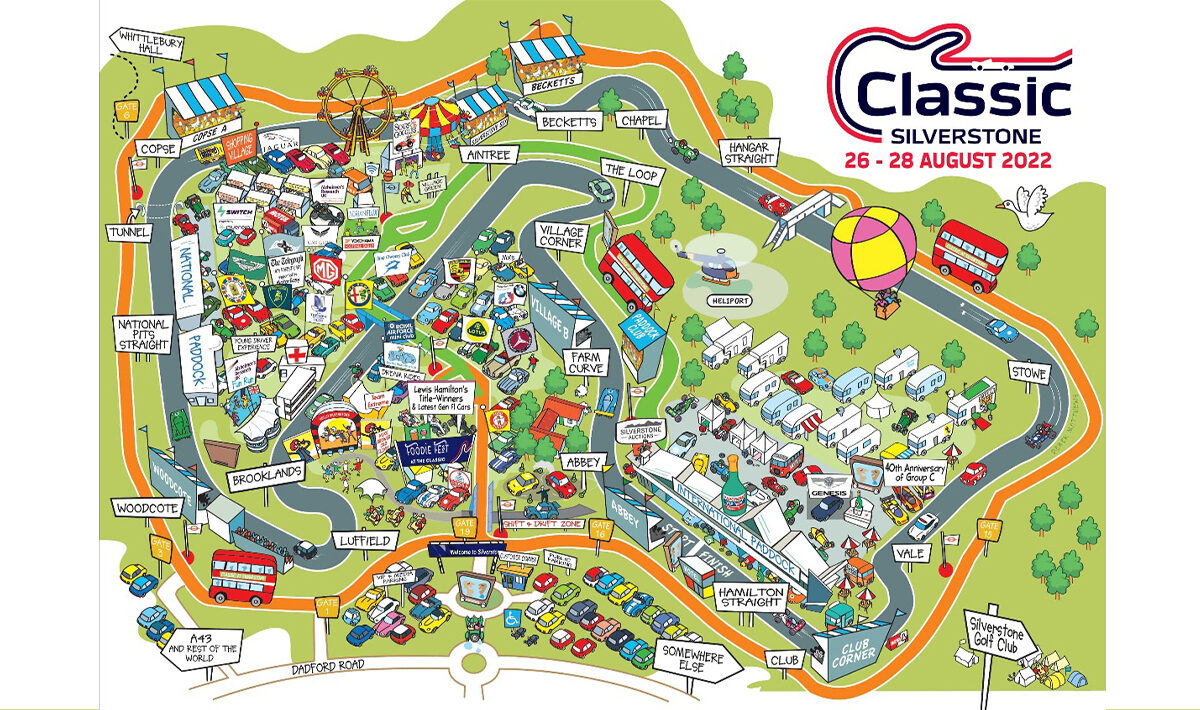 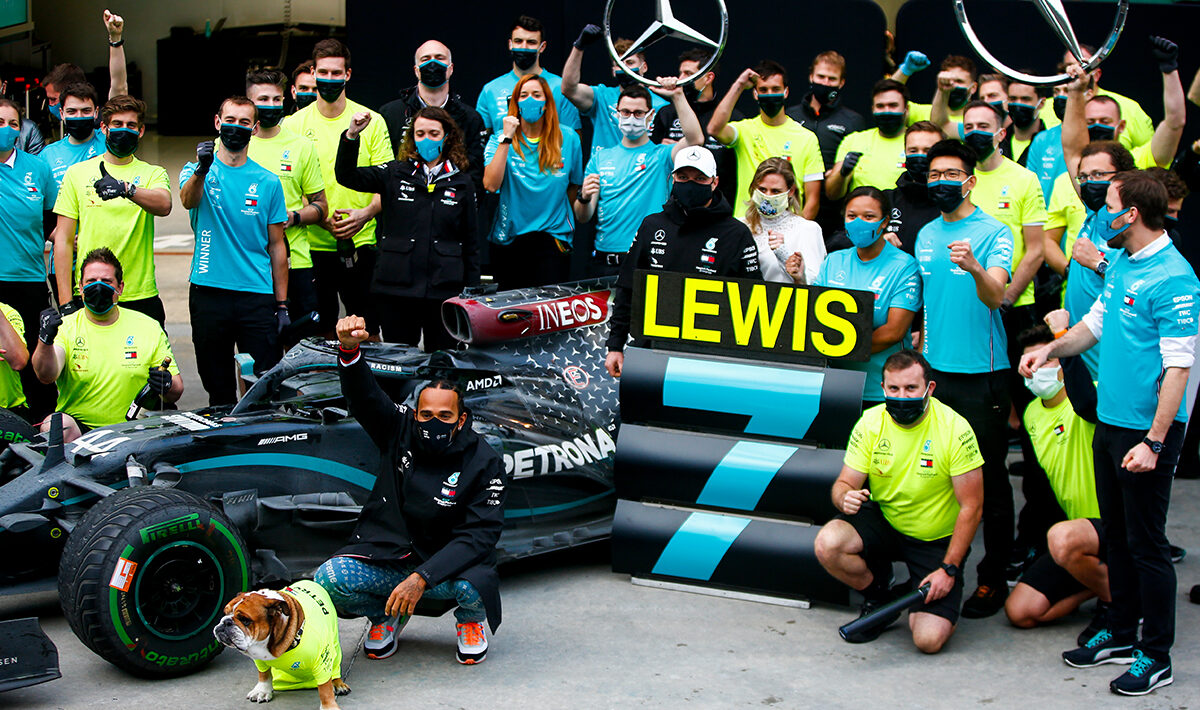 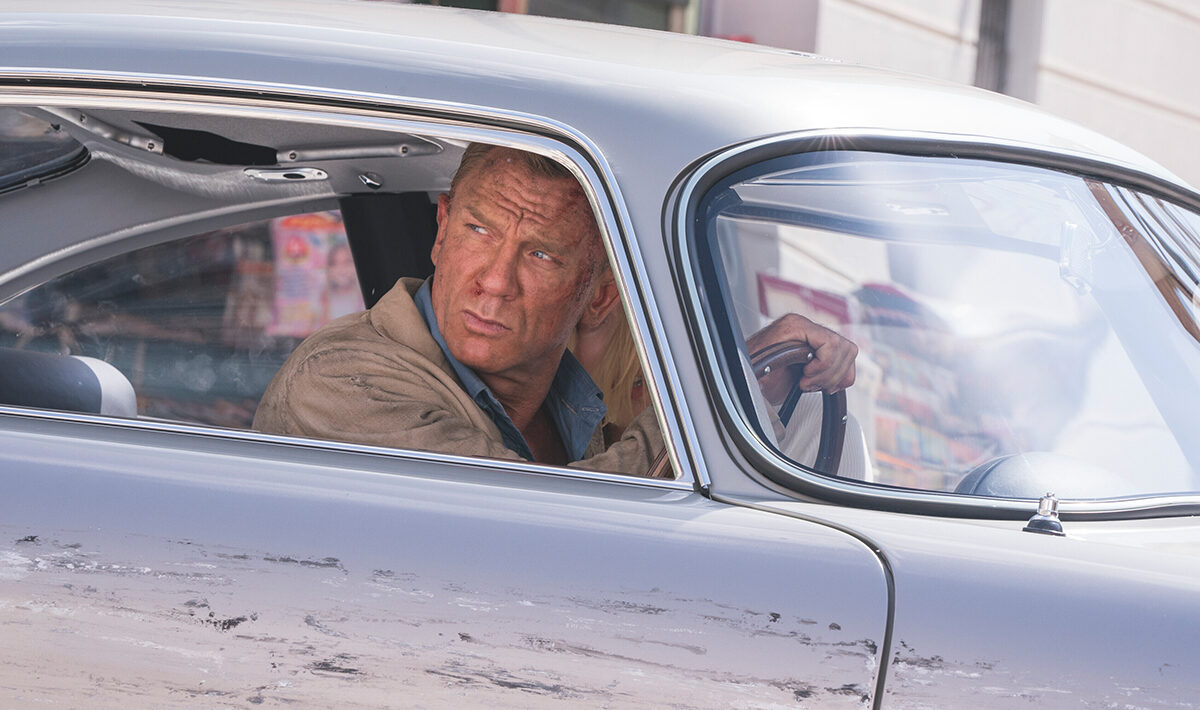 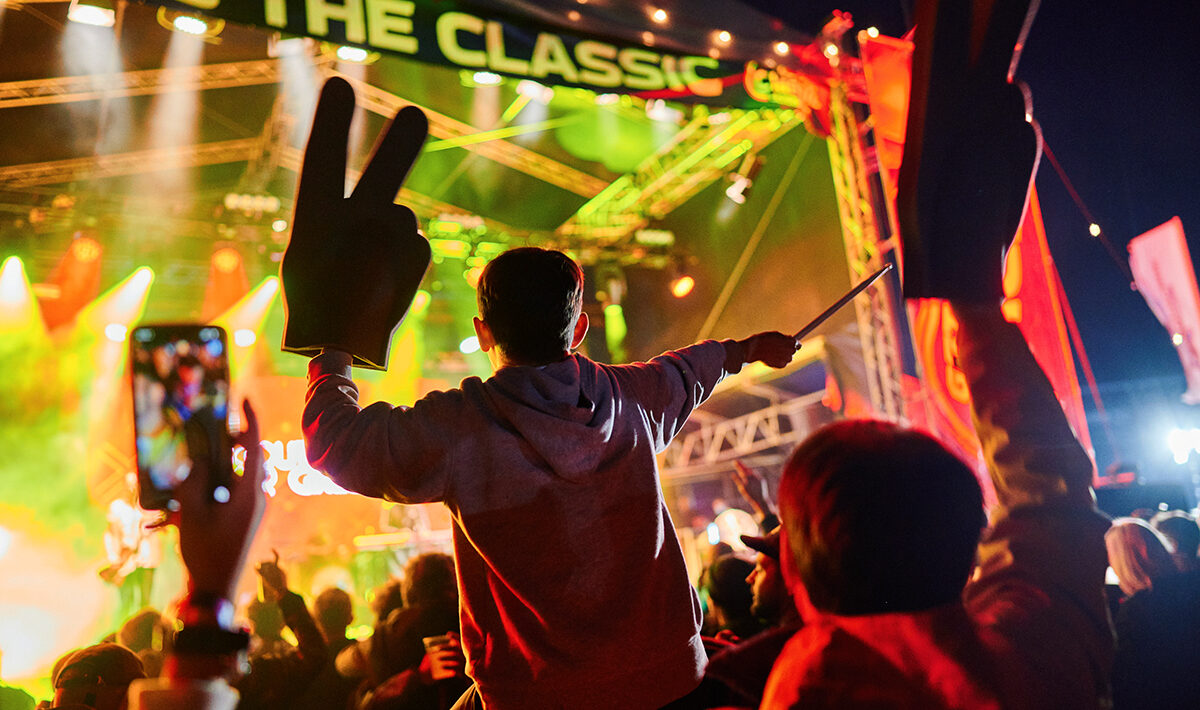 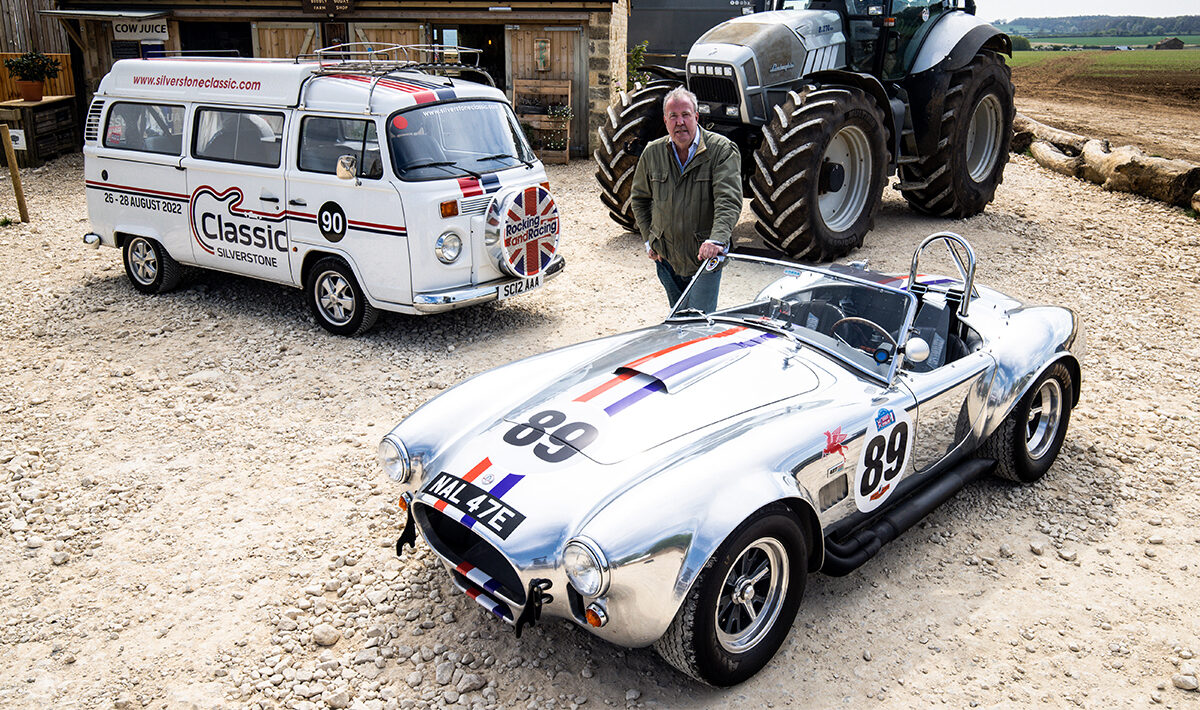 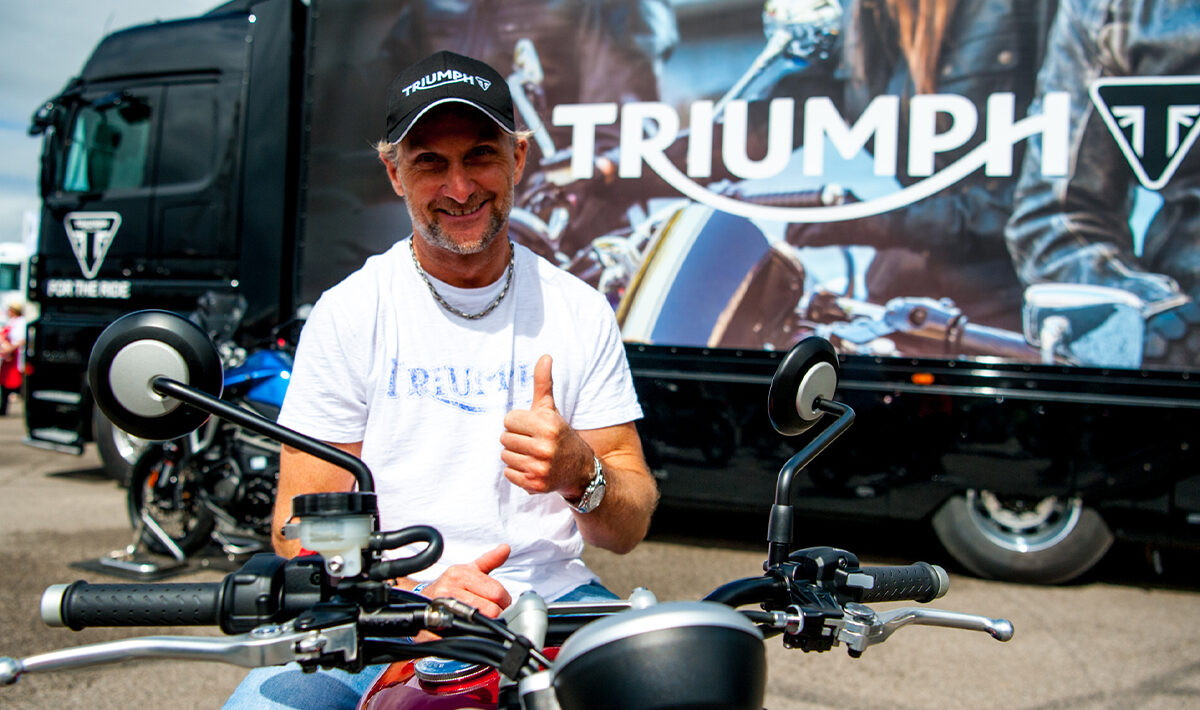 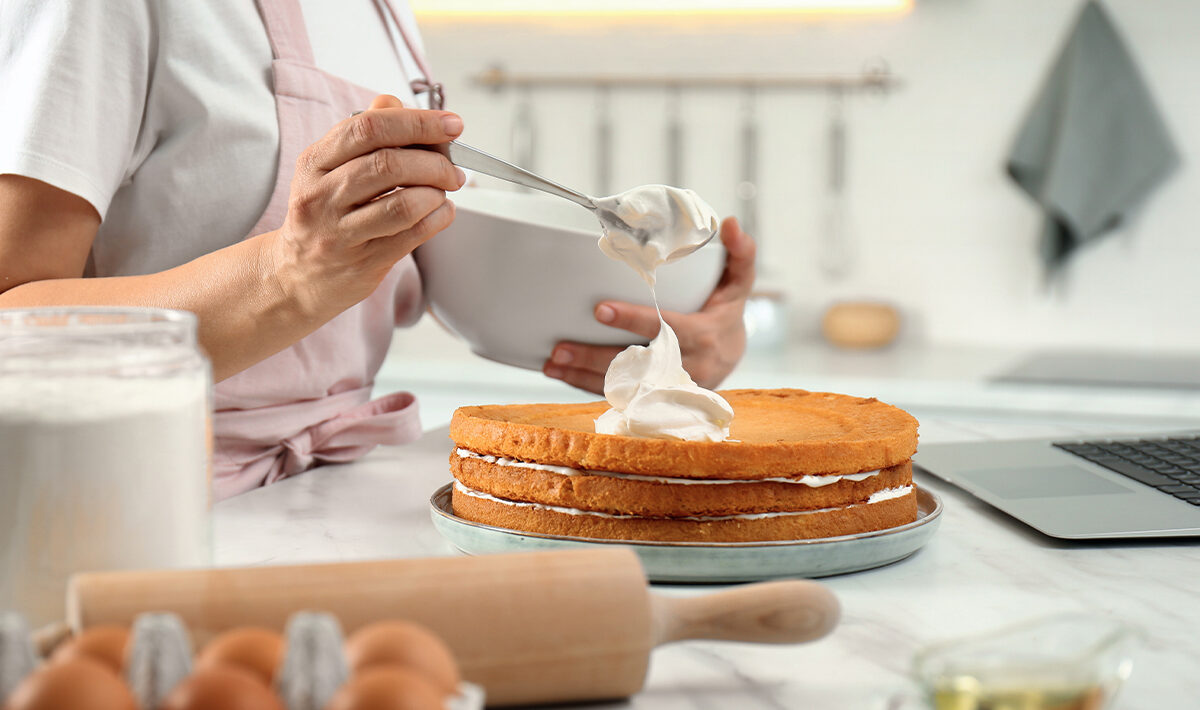 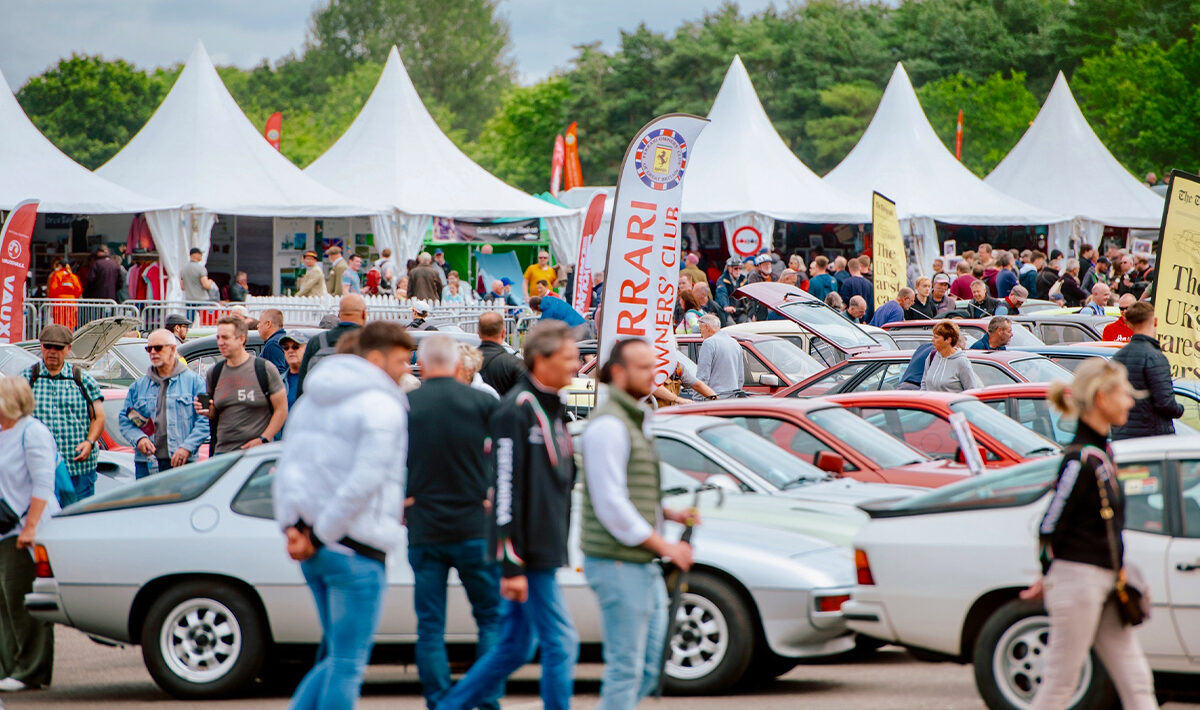 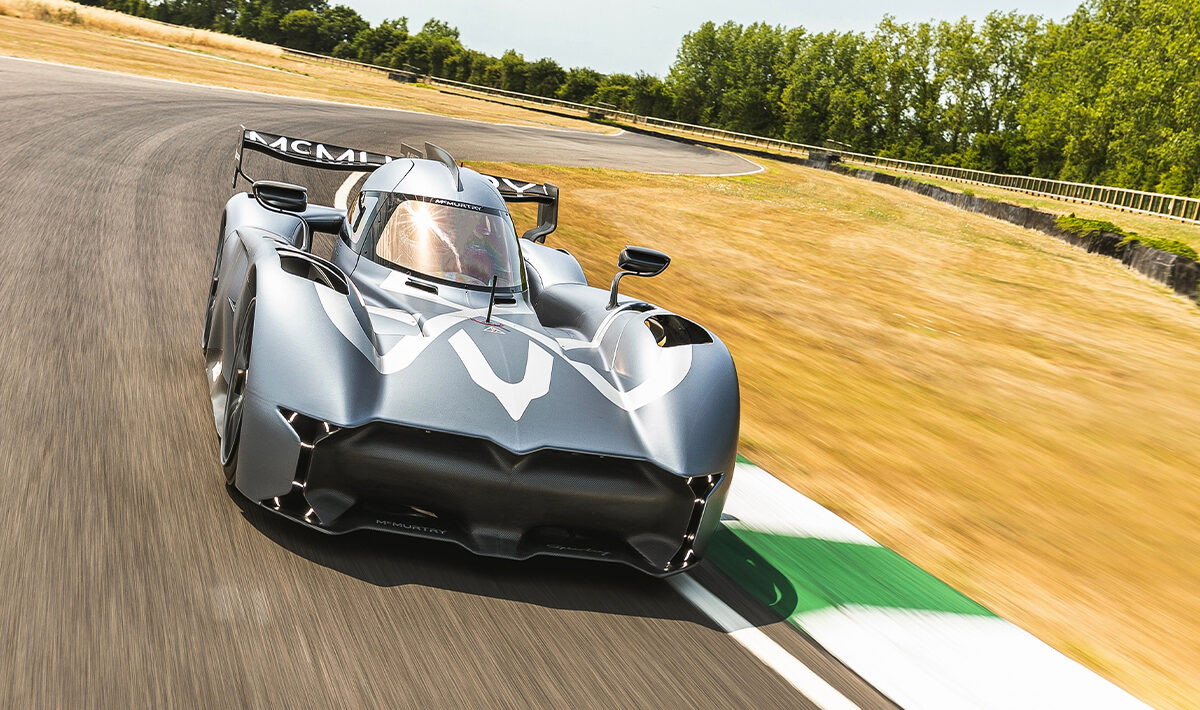 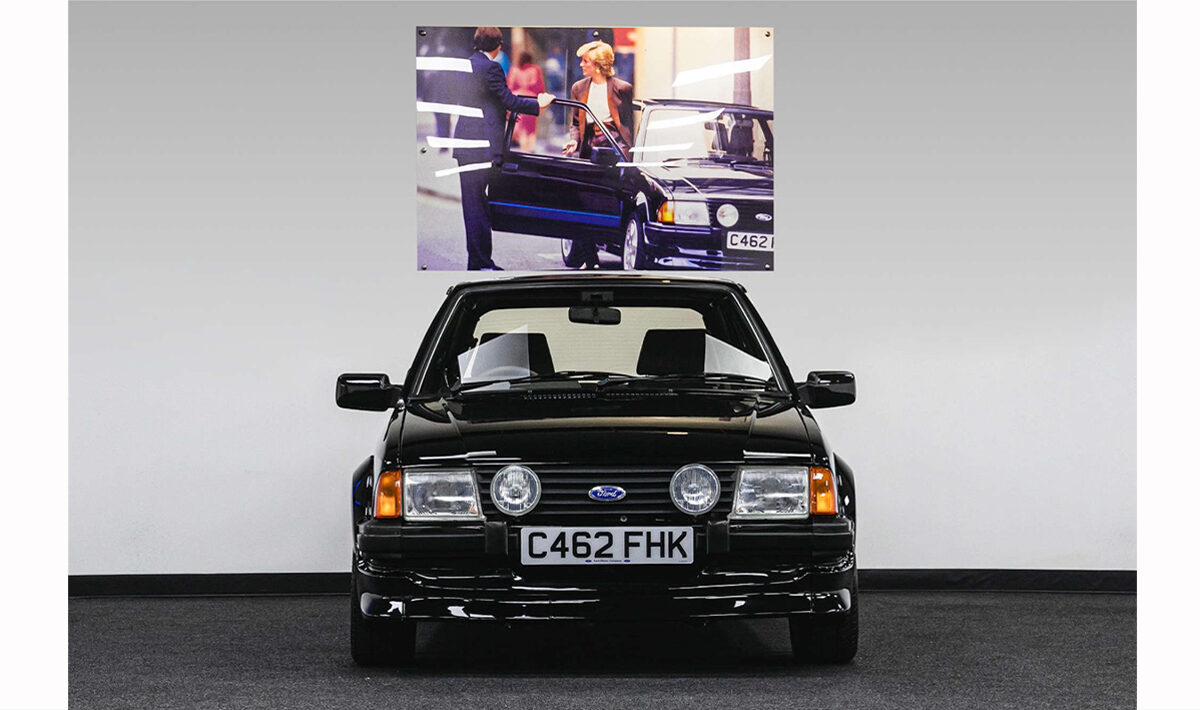 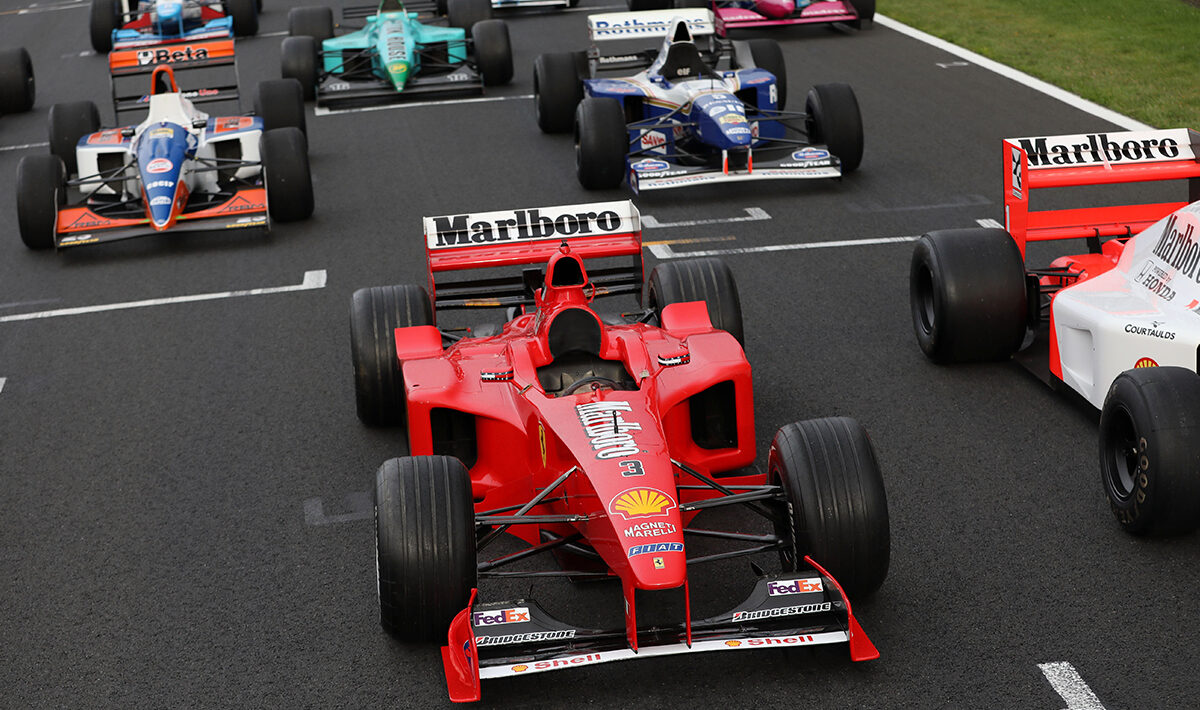 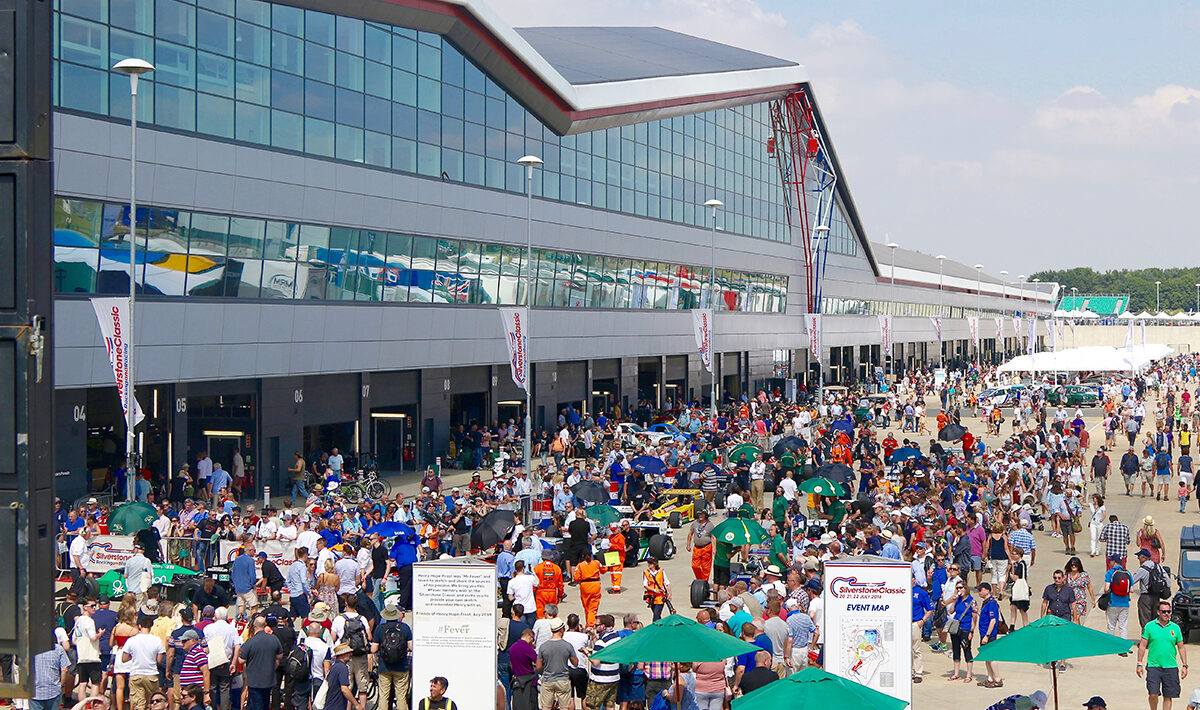 • Entertainment and activities galore for all ages

• All tickets have to be be purchased in advance

Get ready to see the summer out in sensational style at Silverstone with The Classic (26-28 August) –  a jam-packed festival combining the best of historic motor sport with a fun feast of activities for the whole family.

This three-day, award-winning spectacle will deliver to a packed programme of twenty enthralling races, covering all of motor racing’s golden eras, and will contain more exciting family entertainment than ever before – all delivered proudly under the ‘Best of British’ banner.

To ensure there’s something for everyone, there’ll be plenty of new additions. This will include a Foodie Fest with Top Chefs given masterclasses, premiering world exclusive showcases of Sir Lewis Hamilton and James Bond cars, extraordinary displays by world famous BMXers, and chart-toppers performing live music over the three evenings. It all adds up to an end-of-summer event not-to-be-missed at the home of British motor racing.

There’s a wide range of ticket choices, such as day, weekend, or camping options. Accompanied children under 16 get free admission!  Tickets have to be purchased in advance.

Nick Wigley, CEO of Goose Live Events, which promote The Classic, summed up what’s in store:

“The Classic is a fabulous family festival with thrilling motorsport at its heart, an incredible live music line-up, delicious festival food, plus a packed programme of entertainment. There’s something special for everyone to enjoy at Silverstone. Nothing could be more tempting this Bank Holiday weekend!”

Here are twenty five of the best reasons why The Classic is the best way to spend this bank holiday.

The Classic serves up incomparable retro racing action on the famed Silverstone Grand Prix circuit. This year’s action-packed  programme features 20 spectacular showdowns on-track with sparkling grids invigorating all of motorsport’s golden eras of Formula One, GT, Touring Cars, and Sports Cars. Every era will be covered; from pre-war, all the way through the to modern day GT4s.

Admission gives you access to everything available. This includes open trackside grandstands, National and International Paddocks, giving everybody the opportunity to get up-close to every remarkable car that’s raced through history, as well as the chance to speak with the drivers and race preparers.

In this year’s Classic, hot on the heels of the British Grand Prix, it will be celebrating Formula One past and present like never before. Get ready to feast your eyes on a stunning showcase of the latest F1 cars on pole position at Silverstone. Aston Martin Racing, Alpine, Williams, and Red Bull Racing will all be represented.

A major attraction at this year’s Classic will be a dazzling display of cars from No Time To Die, the latest James Bond blockbuster. This is the first time these spectacular cars are on public show, with the eye-catching line-up of 007 film stars previewing a special charity auction organised by EON Productions and Christie’s to celebrate 60 years of Bond.

Live music from chart-toppers will feature for the very first time across all three evenings. Performers entrusted with getting festival-goers upon their feet and dancing the nights away include Gabrielle, The Cuban Brothers, Sister Sledge, Rick Astley, Björn Again, and Dodgy. All the live music performances are included in the price of admission.

Jeremy Clarkson’s infamous Diddly Squat Farm Shop will be popping-up at The Classic. The car-loving TV personality’ introduced the shop in his latest Amazon Prime hit show Clarkson’s Farm. Pop-in to the pop-up to peruse a range of bespoke Diddly Squat products including branded merchandise.

The Classic invariably attracts motor sport legends both on and off the track. Recent years have seen both Damon Hill and Sir Jackie Stewart take to the circuit to honour their past days of glory. Carl Fogarty, the four-time World Superbike Champion, is one of the racing legends already confirmed for this weekend. He will be one of many racing royalty being interviewed on the Adrian Flux stand. Expect other motoring masters, too.

The Classic’s brand new Foodie Fest will be nourishing the taste buds with masterclasses from celebrity chefs and an appetising artisan market celebrating local food. The cooking demos will be hosted by supreme chefs, such as Niall Kirkland, Lesley Waters, and winner of the Great British Bake, Candice Brown. The Classic’s new Foodie Fest also includes a variety of tasty street food outlets as well as a Tasting Tent providing visitors a delectable chance to sample a selection of  beers, wines, and spirits.

To stir more great automotive memories, a collection of 50 once ordinary and unexceptional, and now rarely seen driving mainstays, is being curated by The Daily Telegraph with help from MotorEasy. Imagine ‘my dad used to have one of those’ Chevettes, Sierras, and Metros.

There’s much more to The Classic than drooling nostalgia. Looking at the present and future, Switch Live powered by myenergi will give guests the chance to test drive a number of the latest electric and hybrid cars and learn more about owning an EV. Forward-thinking manufacturers included will be Ford, CUPRA, MG, Genesis, Polestar, and Nissan. The astounding McMurtry Spéirling electric fan car, that recently smashed the Goodwood Hillclimb record, will be there too.

An expansive, two-day Silverstone Auctions sale will deliver an eye-catching collection of racing or road classics coming under the hammer. Lots will include a Rolls Royce Corniche Convertible once owned by Maurice Gibb of the Bee Gees, a Mercedes SL once owned by Stirling Moss, and the much-loved Ford Escort RS Turbo of Diana, Princess of Wales.

The famed Silverstone Grand Prix circuit will once more resonate to the glorious shrill of Formula One’s best sounding engines at The Classic. Organised by Ignition GP, daily track displays will be bringing back the delightful high-revving V8, V10 and V12 powertrains introduced towards the end of the 80s.

The Classic will be delivering on its promise of flat-out fun for all the family, providing plenty of activities for all ages. With crazy golf, lots of funfair rides, a shopping village, plus a host of other entertainment, there’s a plethora of interactive attractions for all interests and generations.

Celebrating the 40th anniversary of the first-ever race for Group C sportscars, staged at Silverstone in 1982. The Classic will celebrate this anniversary by honouring the milestone with special displays and track demos. To add extra stardust, Derek Bell MBE (five time Le Mans winner), will be back in the driver’s seat of a legendary Rothmans Porsche 962.

An thrilling new addition to The Classic’s spine-tingling Adrenaline Zone will see Team Extreme’s incredible, extreme sports athletes, such as BMX legends Kieran Reilly and Declan Brooks, wowing crowds with their stunning high-flying skills on a 6m spine ramp. If you’re a thrill-seeker and fancy giving it a go, coaching sessions will be offered.

Over 100 car clubs will be showing fantastic displays of privately owned classics. Plus, famous models and marques celebrating standout milestones will take their place on the Silverstone track for celebratory parades – this summer’s big birthdays include the Lotus Elan, AC Cobra, and MGB. Joining the clubs on track for a parade of their own will be the Yokohama Legends – a magnificent line-up of amazing cars that will be on display at the International Paddock throughout the weekend.

The incredible life and achievements of legendary F1 team founder Sir Frank Williams CBE, who tragically passed away last November, will be remembered at The Classic. It was at Silverstone that Williams scored his first victory, one of 114 Grands Prix wins, and his victorious FW07 from 1979 will be leading the tributes.

Terry Grant returns to The Classic with his record-breaking, crowd-pleasing stunt shows in the rubber-burning Shift & Drift Zone. Prepare for dramatic demo runs, curated by Slowly Sideways, which will see many of rallying’s best icons revving up twice a day.

On Friday evening visitors can put on their trainers and step onto the iconic British Grand Prix circuit for a memorable fun run. It’s raising funds for Alzheimer’s Research UK, The Classic’s official charity. If you’re 10 or over you’re welcome to join for a suggested donation of £5.

The Young Driver initiative is making a welcome return this year, letting youngsters between 10-17 get behind the wheel of a road car for the very first time. These sessions were completely sold-out in previous years and are guaranteed to prove massively popular once again.

Fancy showing your driving skills off? Put your pedal to the metal in the best racing simulators around, check out your reaction times on a Batak Wall, as used by pro sports stars, and even give your wheel-changing skills a try in a pit-stop challenge.

With the World Cup Finals only a few months away, Yokohama is returning to The Classic with its popular football skills coaching sessions. Provided by the MK Dons Sports Education Trust, it’s perfect training for the footy stars of the future.

Back by popular demand, ‘Wheeler Dealer’ Mike Brewer returns to The Classic with his always entertaining and engaging Car Clinics, supported by Car Gods. Fellow TV presenter Marc ‘Elvis’ Priestley will be joining Mike on the main stage.

And, finally, it’s the last Summer Bank Holiday Weekend. There’s no better way to spend a day – or better still, a 3-day staycation – than at Silverstone for the jam-packed, entertainment-fest Classic?

Full details of both day and weekend tickets for The Classic 2022 at Silverstone – which all must be purchased in advance – can be found at: www.silverstone.co.uk/events/the-classic.

Looks to be a great event, AGAIN. See you there… 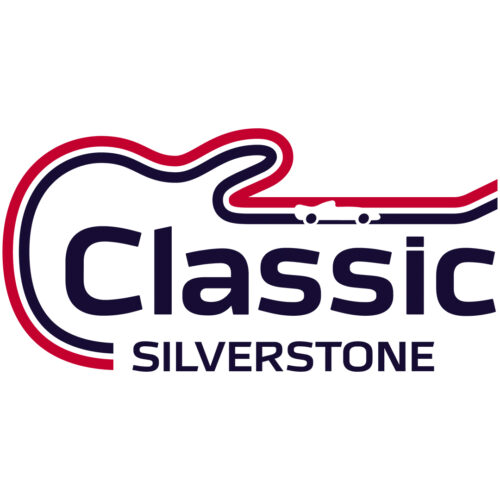