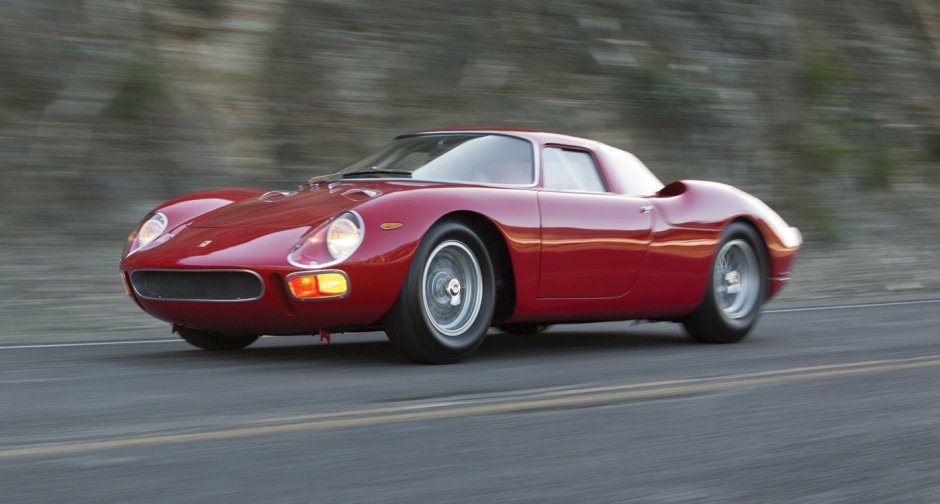 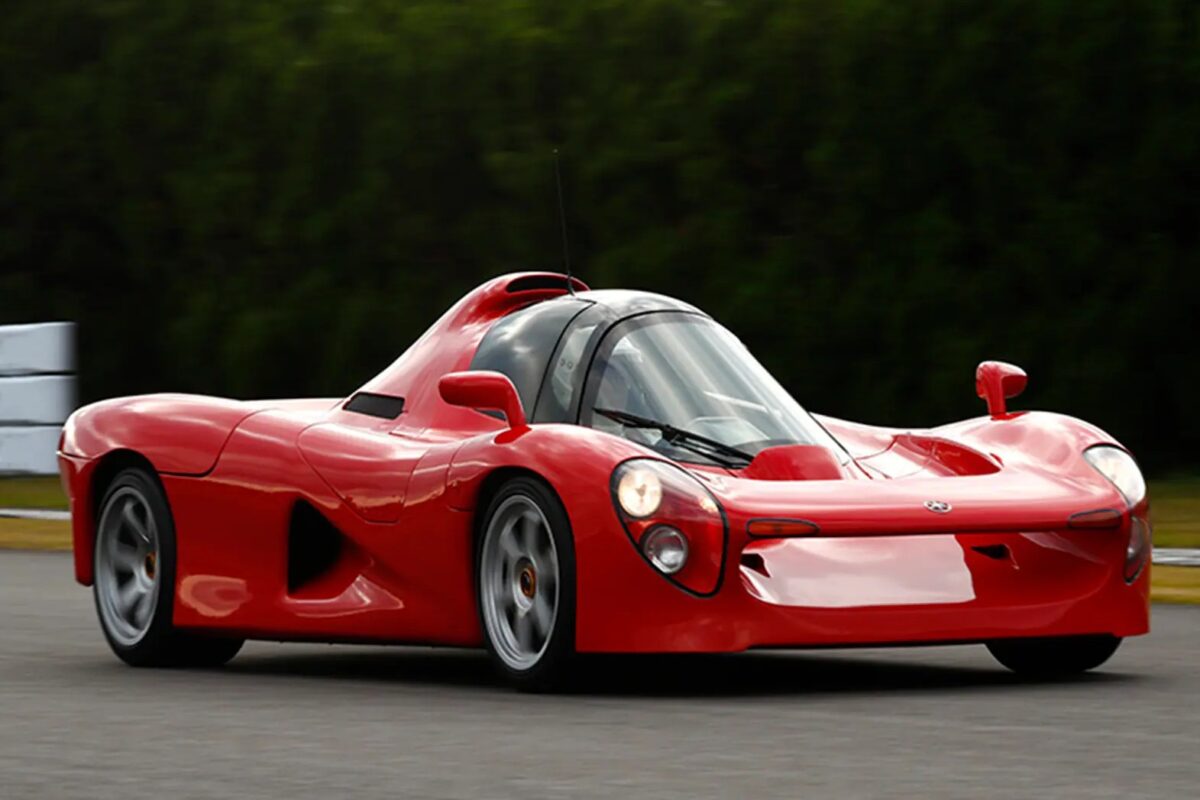 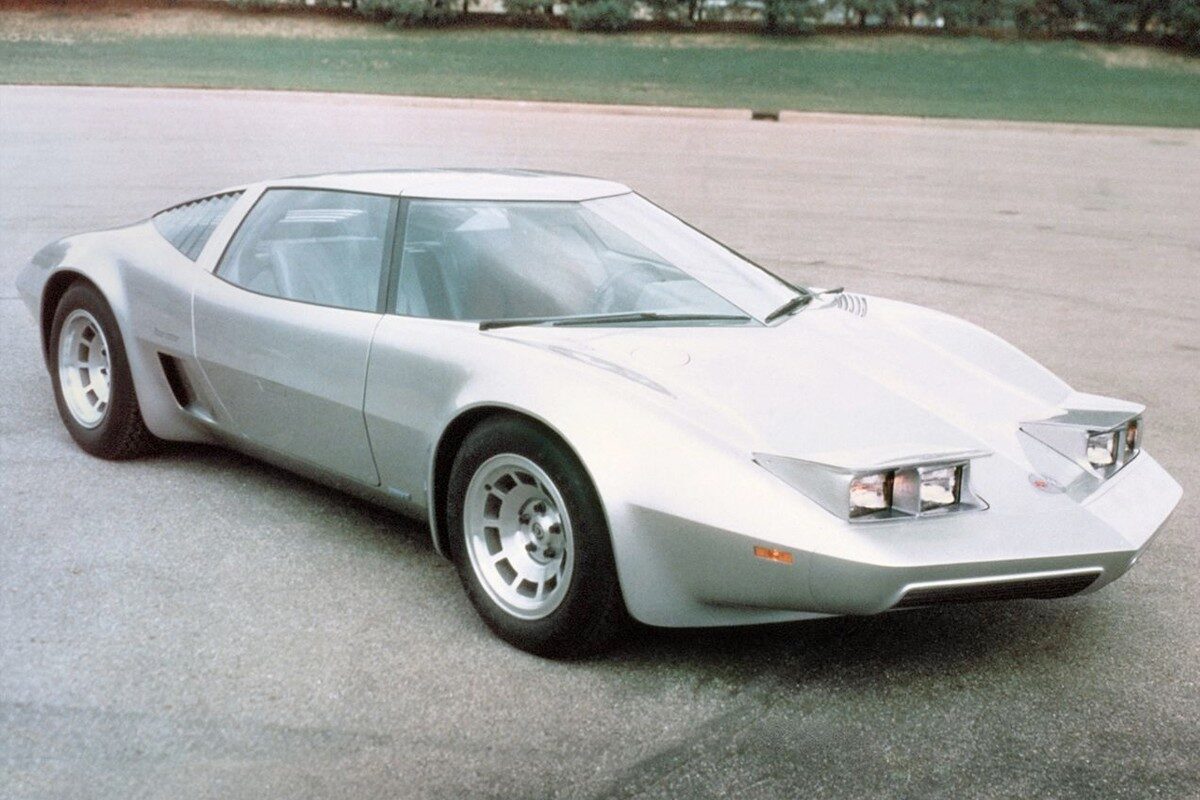 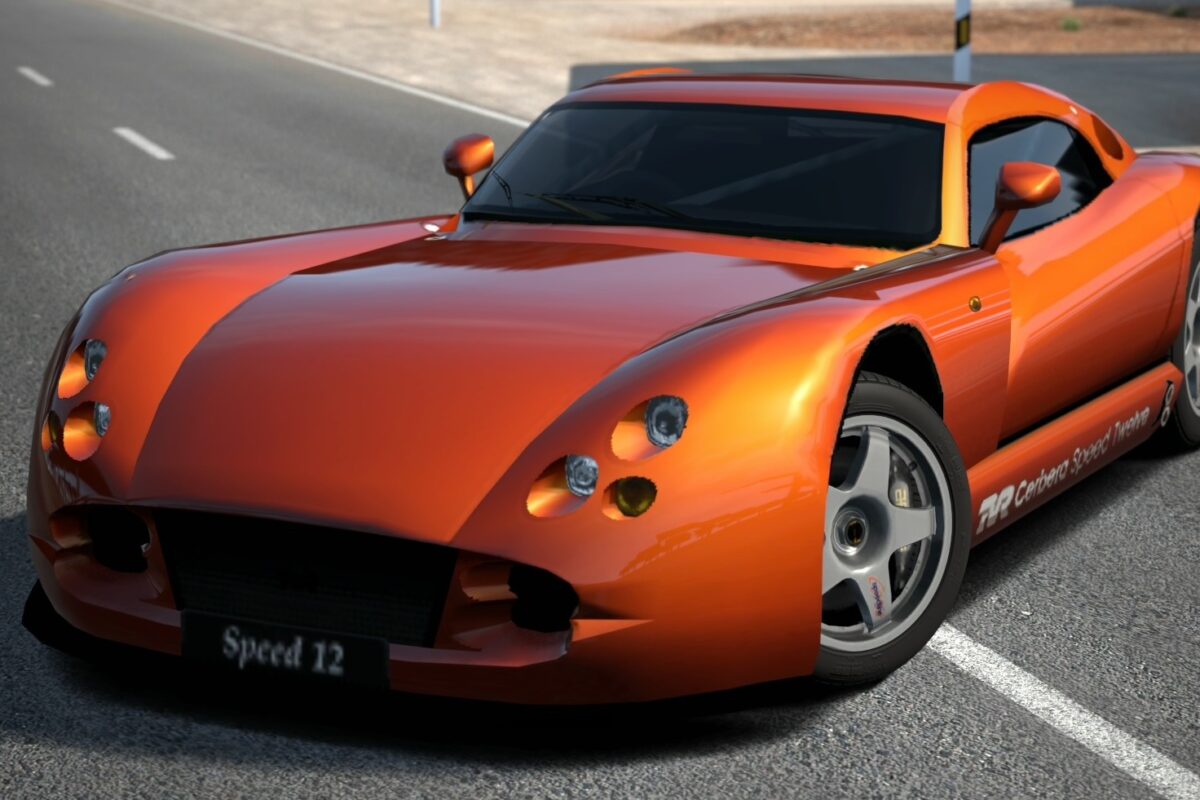 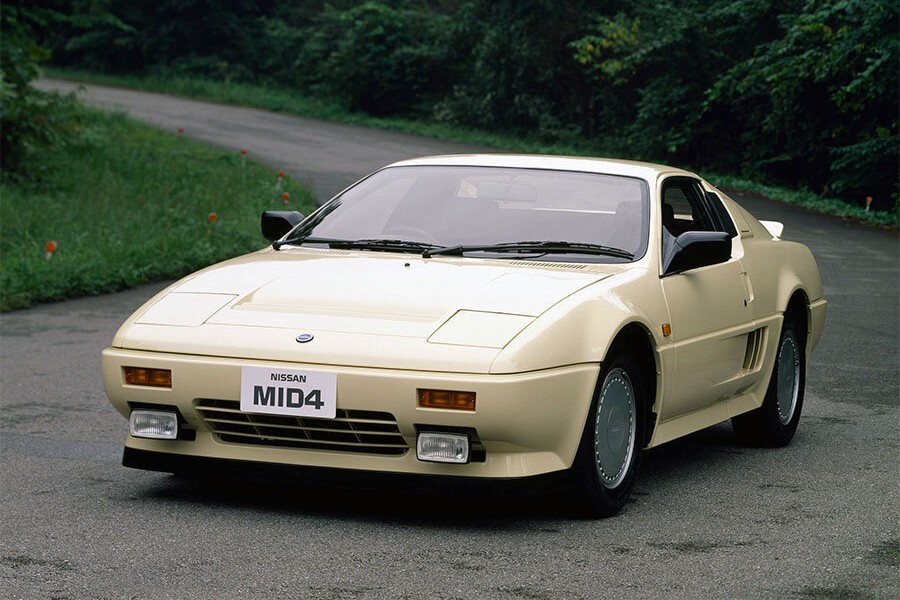 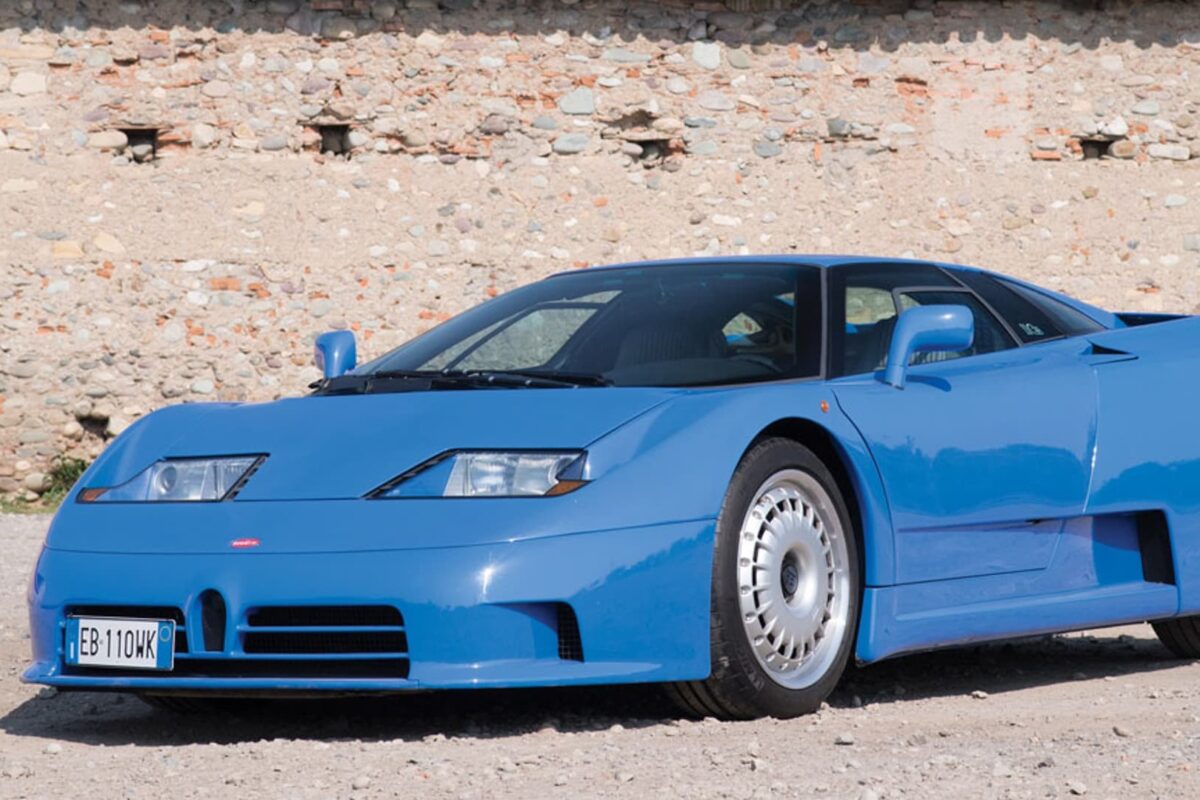 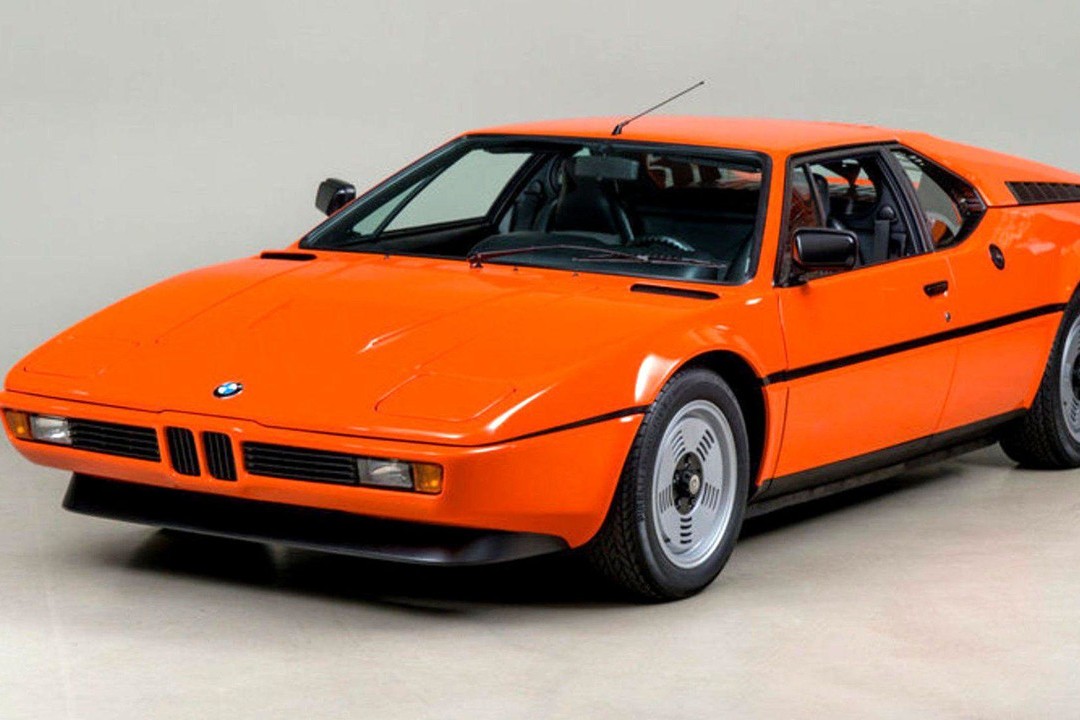 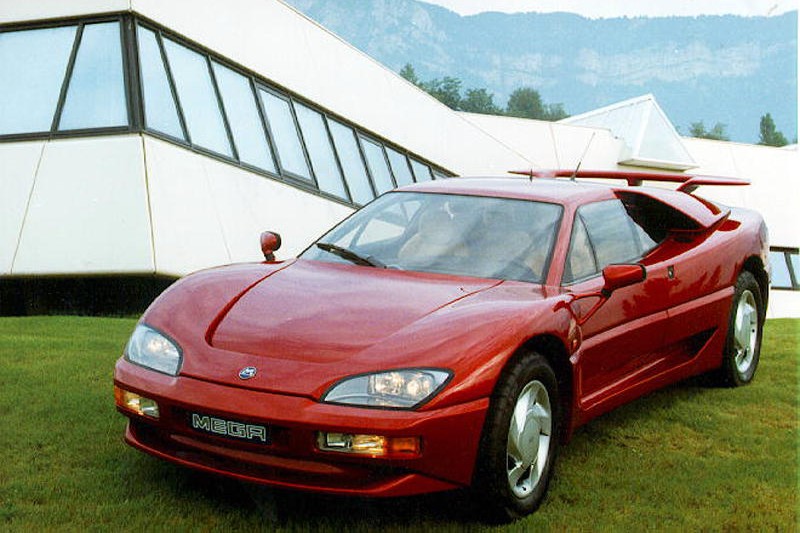 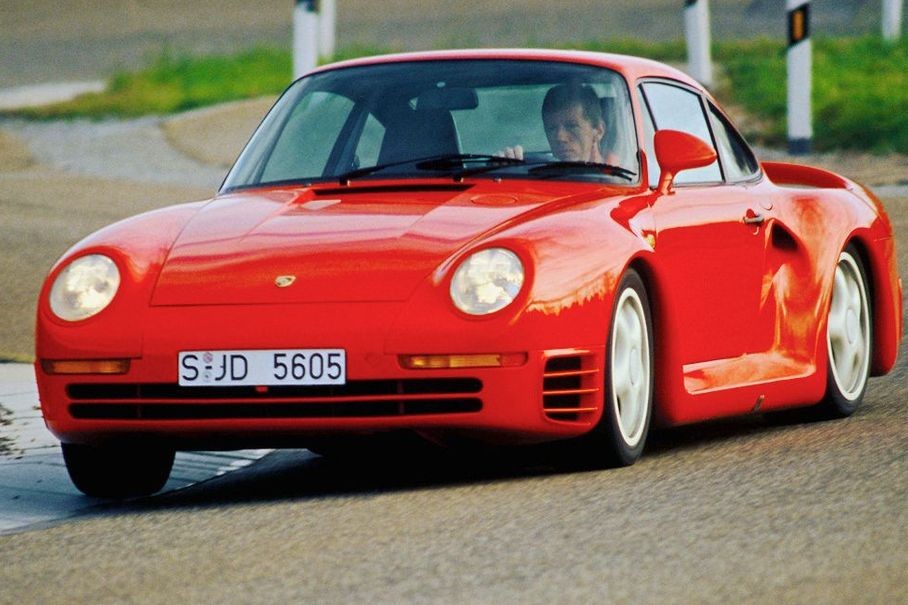 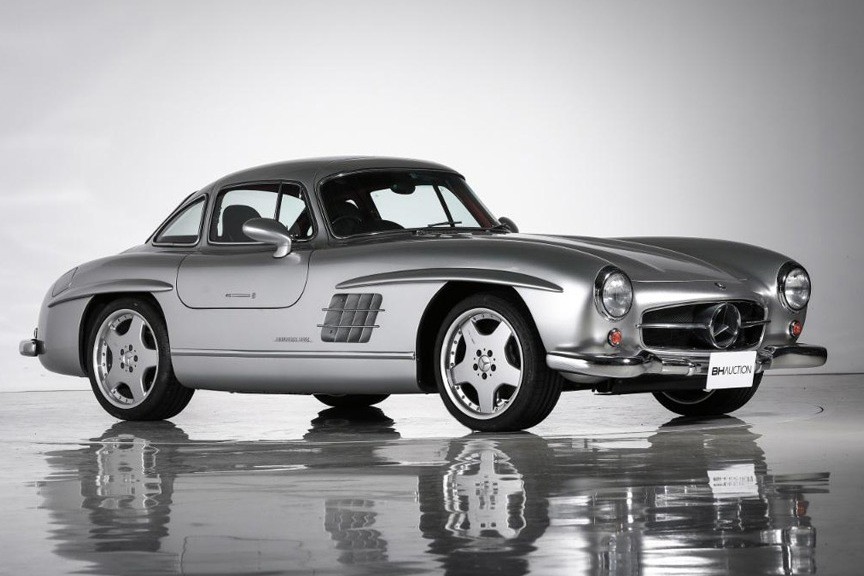 One of the main characteristics of any supercar is the fact that those cars are ahead of their time. Whether it is by design, equipment, technology or performance, supercars are made to be ahead of the curve and overshoot the industry’s current standards. It is one of the things that makes them so desirable and justifies the exorbitant price often attached to such vehicles. However, in a relentless quest to present something new and more advanced, supercar companies usually try too hard to make cars that are ahead of their time that they have problems finding customers. Those industry mavericks are often unsuccessful on the market but cherished collector’s items that showcased the future of this segment year or even decades before it actually happens. Today, we will tell you more about ten fantastic supercars that were ahead of their time.

In the early ’60s, Ferrari was the world’s dominant supercar made with fantastic street models and track models. However, in 1963, Enzo decided to expand its portfolio by offering a street/competition model with a V12 engine mounted behind the driver. Until then, all Ferraris except the GP cars had V12 engines mounted up in the front, and customers weren’t exactly keen on this new and unusual design called Ferrari 250 LM. Despite the fact, it was very successful on the racing scene. It possessed all characteristic Ferrari cues and that fantastic 3.0-litre V12 engine, only 32 cars were eventually built, and 250 LM was soon forgotten. However, we now know that mid-engine architecture is dominant in the supercar world and how this cool-looking classic Ferrari was ahead of its time.

Mercedes defined the supercar category with its eponymous 300 SL back in the mid-50s, which still stands as one of the most influential cars of all time, not to mention one of the expensive classic cars you can own. However, people are often drawn to its looks or exclusivity and forget just how ahead of its time this car was. First of all, it had tube frame chassis, which was unheard of at the time. This chassis influenced the design and forced Mercedes engineers to give the car its next notable feature – gullwing doors. The suspension was independent all around, which was also a fantastic engineering achievement for the 1950s, but the best feature was the engine. The 300 SL had Bosch fuel injection, which wasn’t the regular production item for most cars till the 1980s!

The 959 remained one of the most advanced cars Porsche ever built and one of its biggest flops in terms of sales. With only about 350 cars made in 7 year period, 959 didn’t make Porsche’s stockholders rich but managed to change the industry forever. This supercar managed to introduce fantastic technology, which later became the segment’s standard. It had an all-wheel-drive with special traction control as well as a twin-turbo flat-six engine. It had magnesium wheels, a carbon fibre body and special tyre-pressure sensors. It was also extremely fast and capable but insanely expensive. Porsche allegedly lost an enormous amount of money on each one built.

In 1996, an obscure French supercar company introduced Mega Track, an off-road supercar with a Mercedes engine and capable all-wheel-drive system. Even though the idea was exciting and the Mega Track managed to be very convicting on and off-road, the model never caught on, and production has stopped after only 6 or 7 examples. The reason for its sad faith was the high price and the fact that the car was enormous in size and quite impractical in everyday driving. However, we firmly believe that the concept of the off-road supercar is the next big thing in the car world, and we will see a successful take on this crazy idea.

The BMW M1 might be produced in just 435 examples and cost BMW a lot of money and nerves, but it helped establish BMW as the premium performance car brand and created the M Division, which is now one of the most recognised names in the industry. The M1 project started in the early ’70s with BMW wanting to move into the sports/supercar field. Over the years, the project evolved and even included Lamborghini as a partner, but in the end, BMW finished and produced the car itself. It featured many innovative technologies, but most of all, it had that legendary straight-six engine, distinctive design and catchy name. It also had a decent motorsport career, but it remains one of the best examples of BMW M Division philosophy, which has influenced all M cars.

The car world is mesmerised by the latest Bugatti Chiron and its insane power output and quad-turbo engine. But, as much as it is impressive, we have to remind you of its predecessor from the early ’90s, which introduced such layout three decades before. Of course, we are talking about the sublime Bugatti EB110, which wasn’t so successful but managed to remain one of the best supercars ever built. This rare beast had a quad-turbo V12 engine with all-wheel-drive, six-speed manual transmission and a host of advanced components and designs. Yes, it was extremely expensive, and the company made only 137 copies before it went under, but it was also very influential and traced the way for the modern Bugattis.

The story of Nissan’s ill-fated sports model called MID4 is one of the biggest “what if” of modern car history. Introduced in 1985 as a concept, MID4 featured an all-wheel-drive, mid-mounted V6 engine and very dynamic handling and performance. The first models featured naturally-aspirated V6, but the later version had a twin-turbo engine with a healthy 330 hp rating. Unfortunately, Nissan abandoned the project, and MID4 pre-production prototypes were stashed in warehouses in Japan. However, you now know why the R35 Skyline gets its all-wheel-drive system and why Audi succeeded with its R8 model.

In today’s world, supercars need to offer extreme performance, looks, and race car feel in order to win customers. That is why models like Aston Martin Vulcan have been sought-after and sold out even before the first one was delivered. Almost 25 years ago, TVR did the same with Cerbera Speed 12, but the company decided to kill the project since they thought the car was “too extreme” for use. The Speed 12 was based on gorgeous Cerbera and turned into a full GT1-spec race car with an enormous turbocharged V12 engine that could deliver up to 1,000 hp! The rest of the vehicle was spartan with the full race-spec interior, aero package wheels and tyres. Even though customers showed interest and some deposits were taken, TVR eventually decided to cancel the project, and only three such beasts were ever completed.

Think again if you believe that Ariel Atom was the first vehicle that offered the central driving position and unrestrained driving dynamics. In the early ’90s, Yamaha presented OX99-11, a single-seater prototype with Kei car dimensions but with a 400 hp V12 engine just behind the driver. The goal was to present an F1 car for the street, and by all accounts, Yamaha engineers succeeded and even introduced a carbon-fibre chassis. The problem wasn’t the performance, but the extreme price of $800,000 (in 1992) and the fact that such car was a hard sell to customers who wanted a bit more luxury and comfort and thought that sitting in an aeroplane cockpit and being strapped to V12 engine is not worth the investment. Shame.

For the last two years, everybody talked about the new Corvette C8 and how brave Chevrolet’s engineers were for putting the engine behind the driver. Yes, it is a paramount move, and it helped turn Corvette from a tyre-burning muscle car to a world-class supercar, but it is hardly a new thing. Back in the early ’70s, Chevrolet was on the brink of introducing such a car but with a twist – Wankel engine instead of good-old V8. Called the Aerovette, this model had a unique chassis, streamlined body and massive 4-rotor Wankel engine with 420 hp! In the mid-70s, when US manufacturers had problems with loss of power, this figure surpassed any competitors, foreign or domestic. Unfortunately, even though the Aerovette was approved for production as a 1980 model, the concept was abandoned, and Corvette remained a front-engine model for the next 40 years. 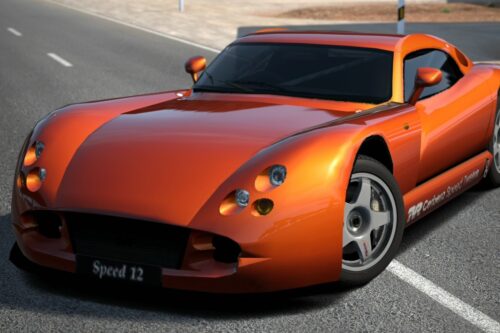