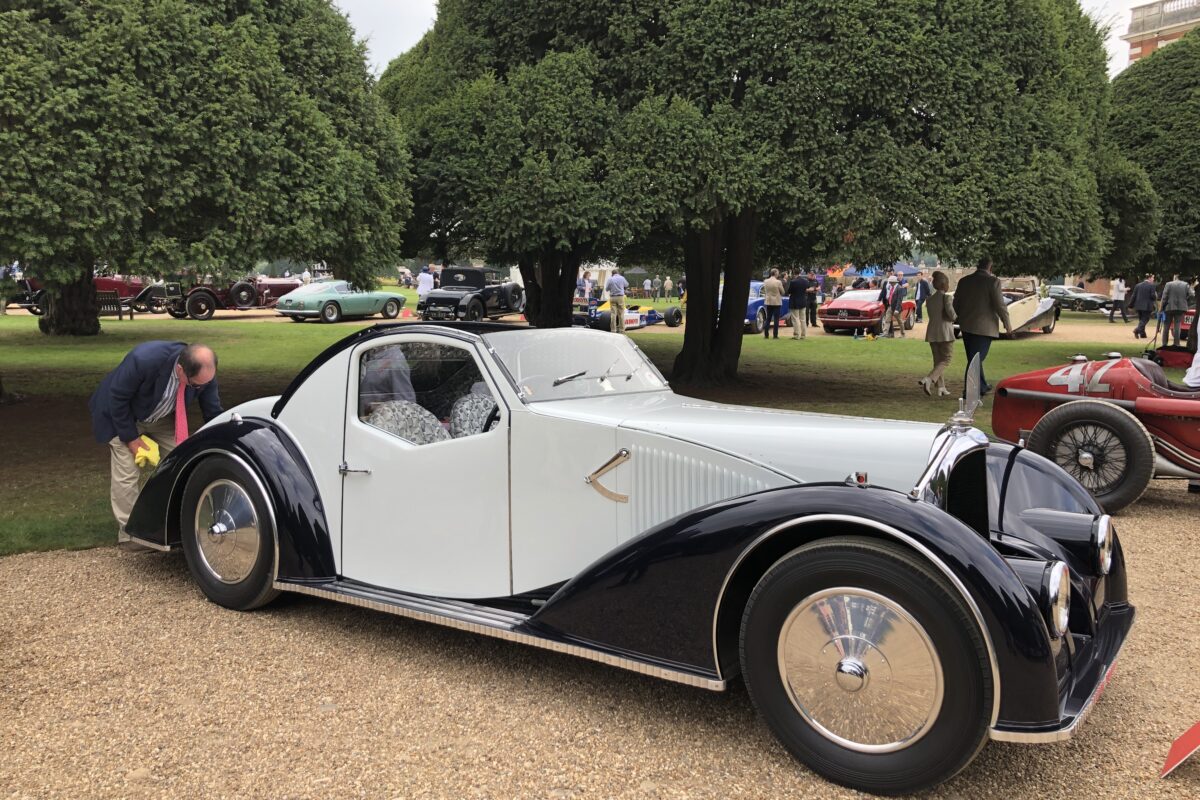 The Concours of Elegance always has a vast array of beautiful, jaw dropping, rare, unusual, historic, and significant cars on display. Here is some information on the winner of Best in Show at the 2021 Concours of Elegance, the 1934 Avions Voisin Type C27 Aérosport.

The origins of the C27 Aérosport lie in the Aerodyne-a provocative car crated for the 1934 Paris Motor Show that didn’t quite hit the mark in terms of sales. After the expo, two roadsters were built on shortened Aérodyne chassis – which became known as the C27. Powered by a 3.0-litre straight-six engine, it was good for 105bhp. However, it is the glorious Art Deco styling that captivates the heart. Its distinctive look was a collaboration between Gabriel Voisin and André Noël-Noël Telmont, an architect who had met Voisin during their education. Using the basic outline of the Aérodyne as a start, the pair lowered it and added more luggage space, pentagon side windows, piano-hinged doors and aluminium accents. It also features a sliding roof powered by its own motor that works off the main engine’s vacuum.

After displaying the car at the Geneva and Madrid Motor Shows in 1935, Telmont kept hold of the Aérosport for ten years. In the immediate aftermath of World War Two, he sold the C27 to Jean, the son of painter Moïse Kisling, who had piloted a P47 Thunderbolt during the conflict. Jacques Terramorsi, a rally driver and the founder of Renault Sport, subsequently acquired the car. In the mid-1950s, it was offered for sale in France by marque expert Robert Saliot and the Saliot Garage. The garage owned all of Voisin’s spare parts, and Robert’s student son used the C27 for day-to-day transport. At this stage, the coachwork was modified, with poor metal-sheet patch repairs to the roof. Stewardship was then passed to a scrap dealer, and the Aérosport disappeared for some time. One day, Phillip Moch, a Voisin expert and hoarder of marque parts, acquired an ailing Voisin that had a second body. Removing this outer layer, he found the distinctive underslung chassis and the remnants of the C27 Aérosport. In 2004, Moch charged Dominique Tessier with the task of rebuilding the car-an arduous process that took three years using only three period photographs as reference material. In 2010, Peter Mullin purchased the car from Moch.

We would also highly recommend that you follow us on social media @mycarheaven. We are on Facebook, Instagram, Twitter and YouTube. Furthermore, subscribe to our newsletter here so that you can stay up-to-date with all of our competitions and giveaways. For example, we gave away six complimentary tickets to this wonderful event, the Concours of Elegance, and we will always try to run a competition for complimentary tickets to most of the U.K.’s premier car shows and also give away useful car products, books and more. Also discount codes, so take a look around the site.