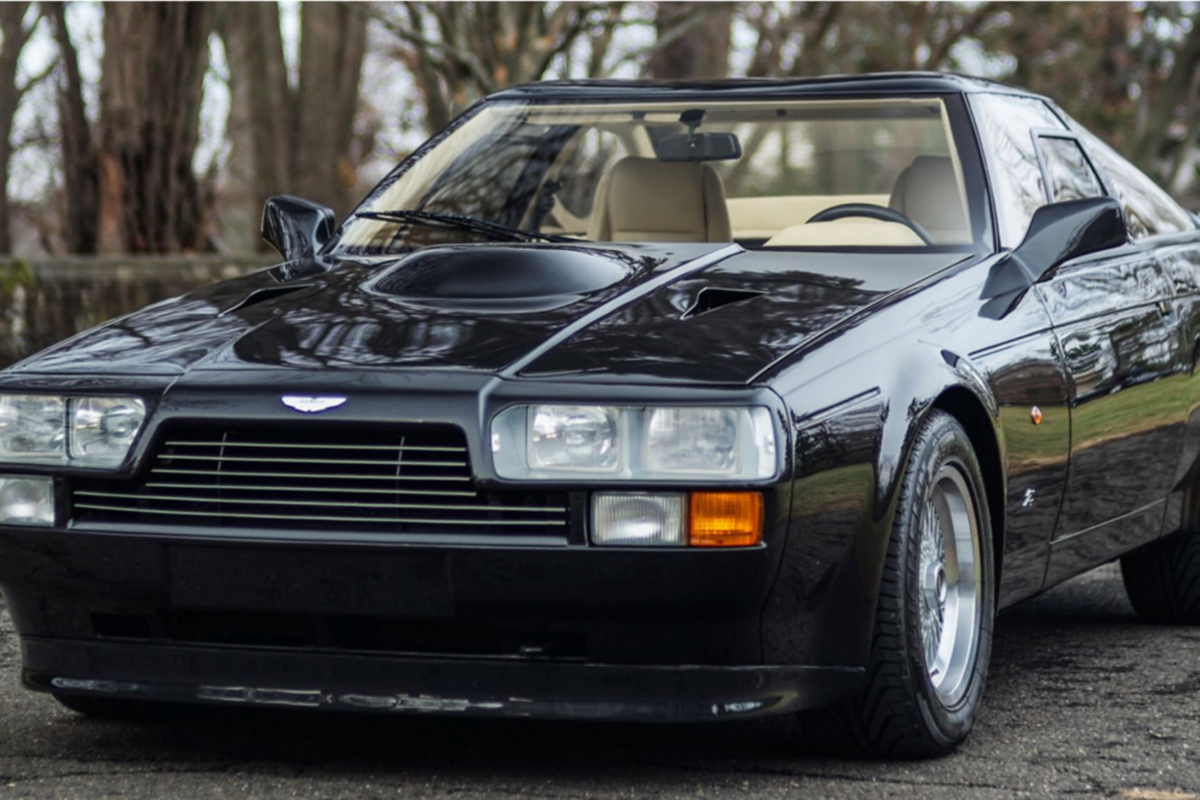 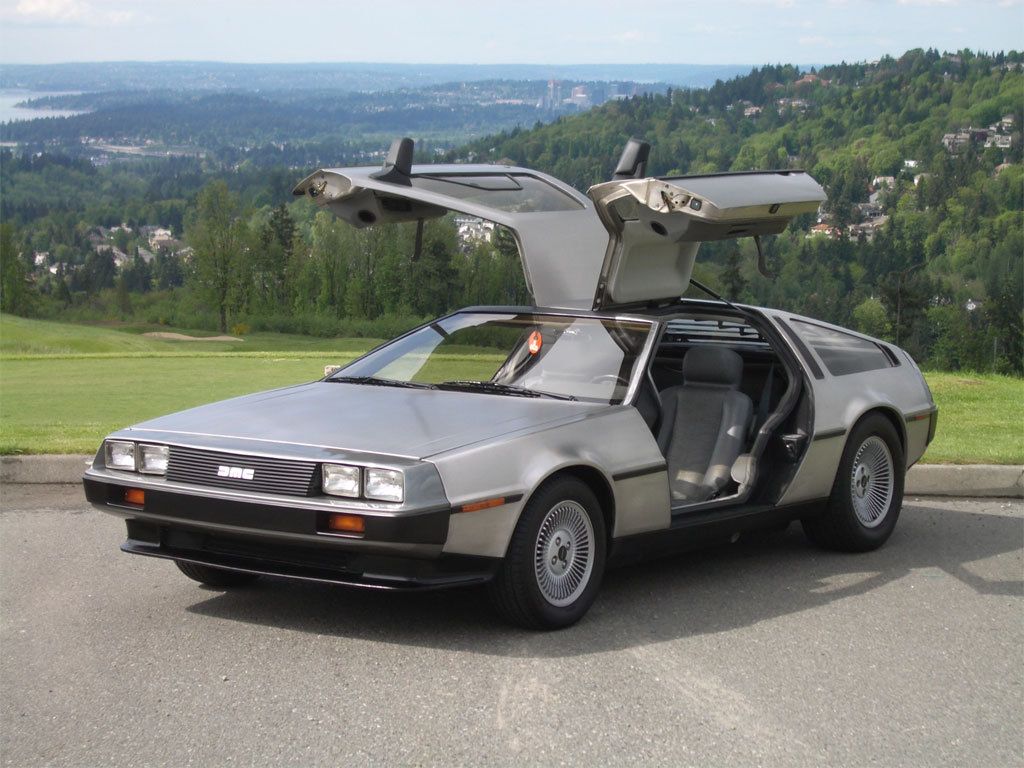 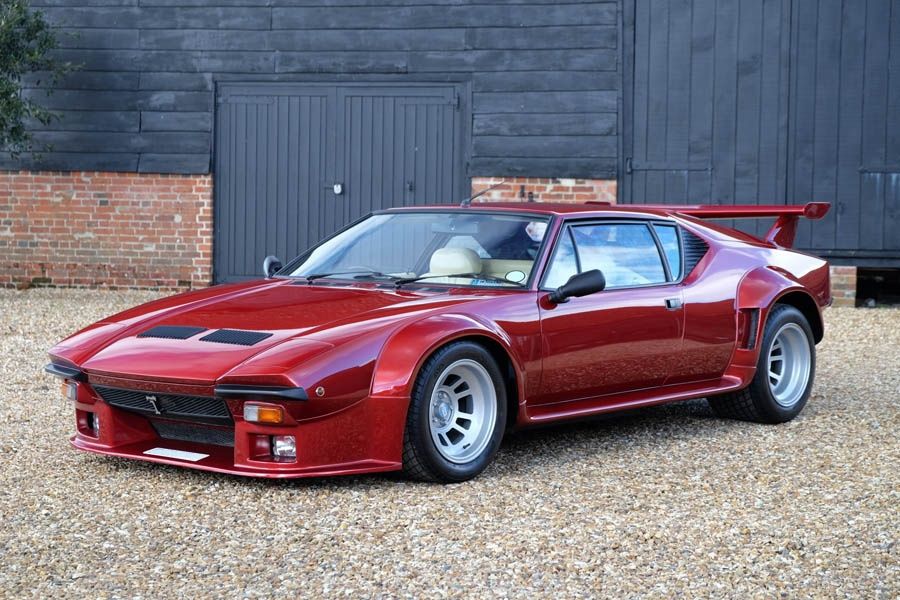 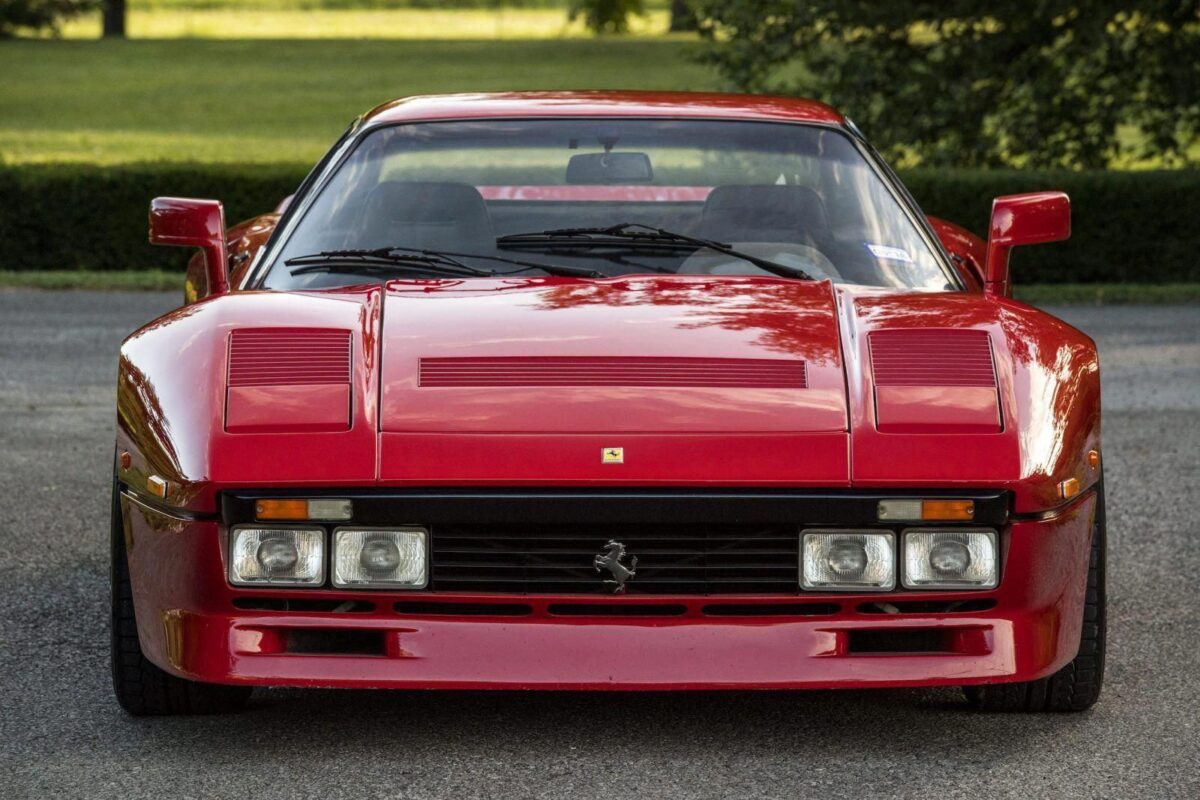 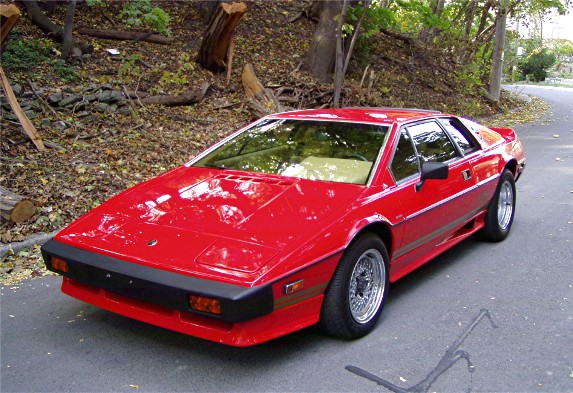 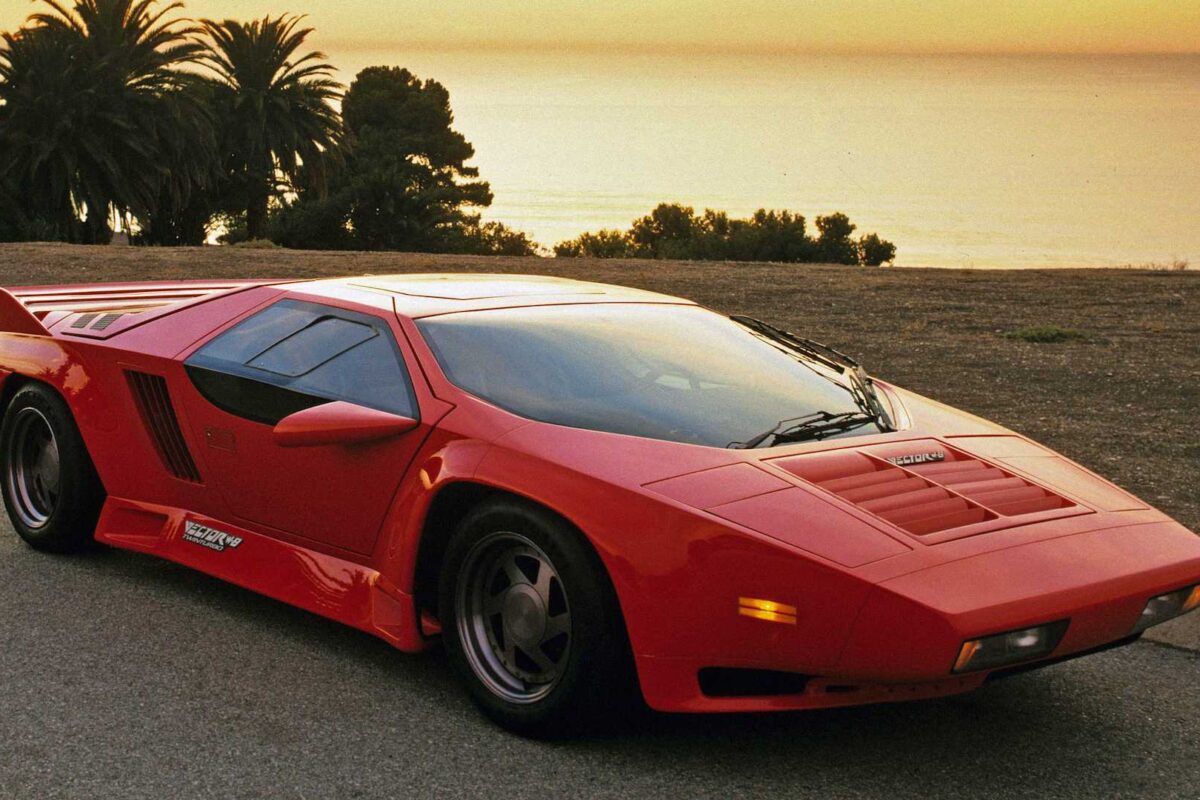 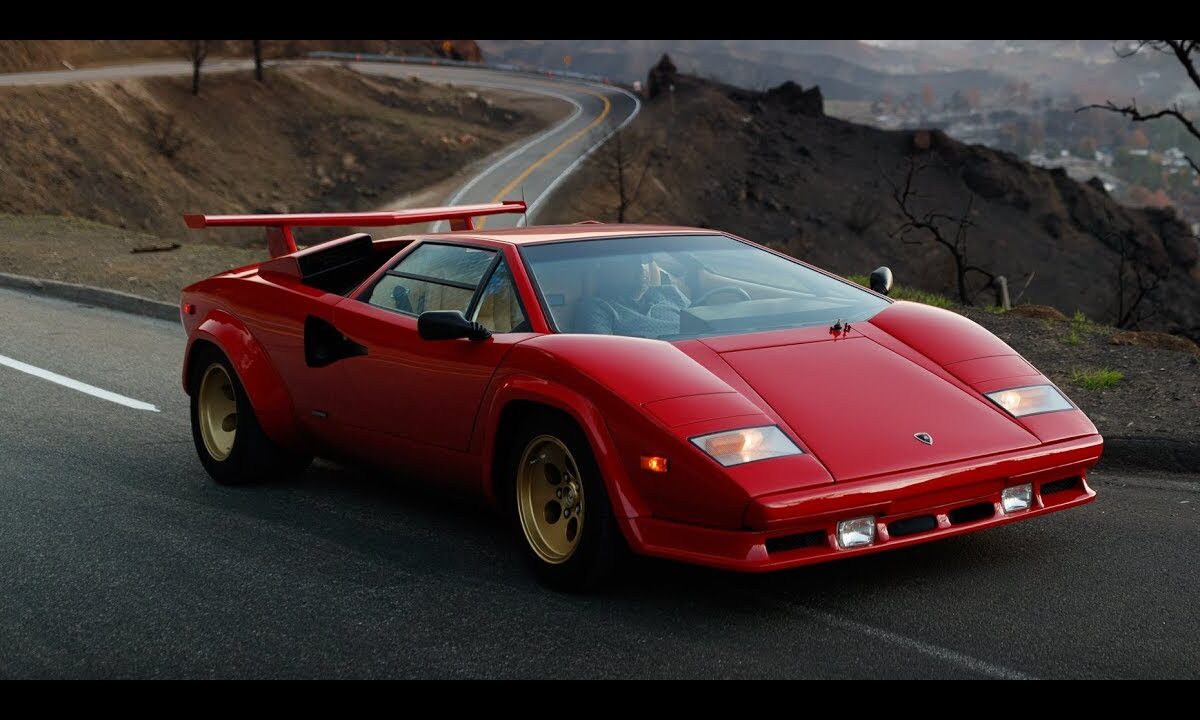 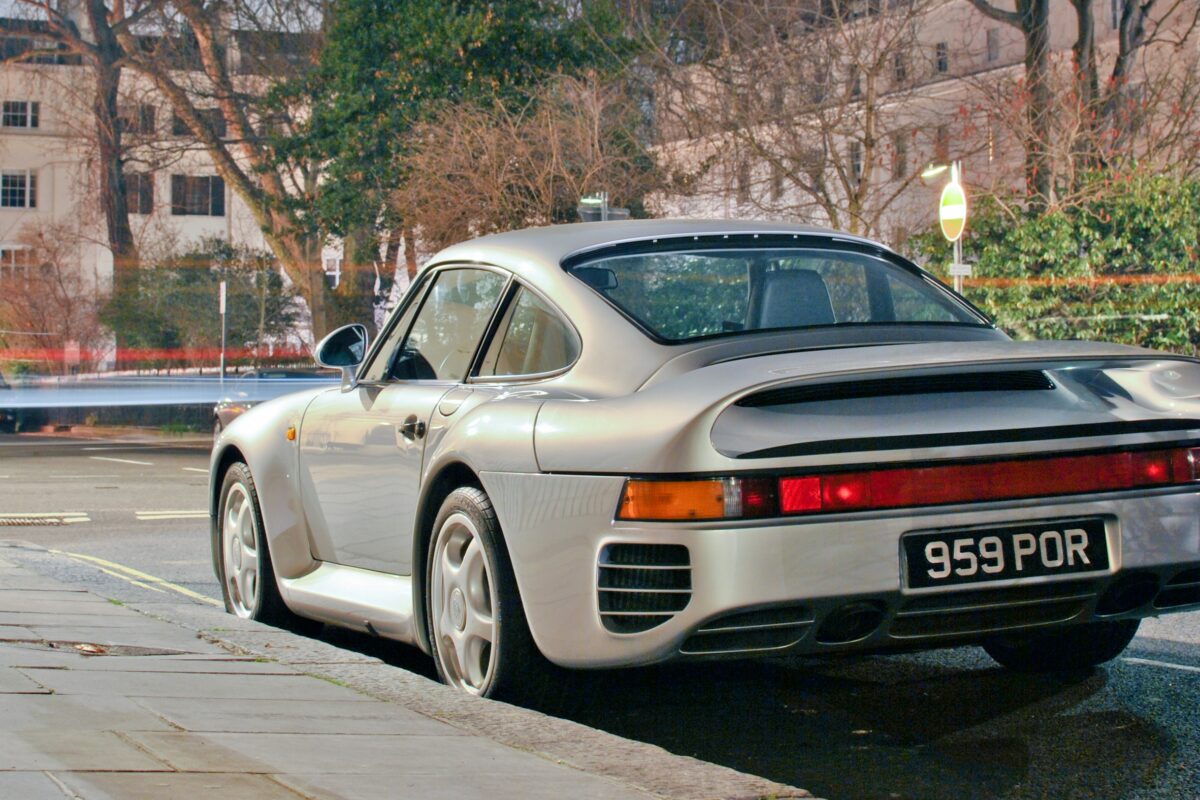 With the exception of the 1987 stock market crash, the 1980’s was a relative economic boom time.  This decade produced some of the most legendary supercars ever made such as the Ferrari F40 and Porsche 959. The 80s supercar scene was exploding around the world and demand was skyrocketing. These are our top 10 80s supercars!

Ferrari came out with their take on the ultimate poster car. The F40 is undoubtedly a gorgeous looking car; some features are outrageous. Its massive and iconic rear spoiler is more than just for show. It helps significantly improve the handling of the vehicle by giving it more grip.

Launched as the last Ferrari signed off on by Enzo Ferrari, achieved 4.2 seconds from a standstill to 60mph, and on to a smug top speed of 201mph – 6mph more than Porsche’s then-record holder, the 959. Thanks to a body constructed from Kevlar, carbon fibre and aluminium, the F40 weighed just 1,369kg, bestowing it with go-kart-like handling characteristics. One of the greatest 80s supercars!

When it comes to the poster cars, there’s arguably none that can match up to the legendary Countach. Even by today’s standards, the car looks crazy. Imagine the type of reaction you would get back in the day. Especially when the very same vehicle could do 182mph!!!

1985 saw the introduction of the Countach 5000 Quattrovalvole, powered by an even bigger 5.2-litre V12 capable of producing up to 455bhp, though thanks to restrictive emissions regulations leading to a change in injector setup, US-spec cars were sold significantly down on power to their European counterparts.

Arguably one of Porsche’s most iconic cars, the 959 was the universal supercar of the time. It was the fastest car in the world. In a world of V-8s, it came powered with a flat-six engine that’s capable of producing 450 horsepower. It was a racing car; however, that didn’t stop it from being a very luxurious vehicle!

The antithesis to almost everything the F40 stood for (apart from the pursuit for ultimate performance), the Porsche 959 drove car technology forward, teaming four-wheel-drive with banks of computers to create a driving machine far ahead of its time.

That record-breaking top speed came courtesy of a twin-turbo flat-six mounted in the rear of the car, which put 444bhp through a 6-speed gearbox and all four wheels. Even more impressive was the 959’s 0-60 time, a staggering 3.6 seconds in Sport trim

This 80s supercar was an attempt to help forge America’s reputation in the supercar market. It had a 6-liter engine capable of producing 625 horsepower. The vehicle could reach a top speed of 218mph. It is incredibly fast, even by today’s standards!

Getting a turbo right is one of the hardest things for car manufacturers to do. However, Lotus get it perfect with the brilliant Esprit. It’s one of the most iconic supercars of all time and features a 2.2-liter four-cylinder engine. Due to its lightweight and the excellent turbo setup, this car was a rocket!

Lotus stepped up its game for the eighties’ Esprit, adding a turbo and making other improvements to the 2.2-litre power plant to up its output to 215bhp and 220 lb-ft of torque. Weight remained low at around 1200kg, meaning the Giugario-designed Lotus still handled better than most of its contemporaries, and 0-60 times were shortened to just over 5 seconds.

The Ferrari 288 GTO was a car that was far ahead of its time. Its design looks like it would fit in with modern supercars today. Inside the vehicle beats a 2.8-liter V-8 heart that’s capable of churning out 395 horsepower. The car goes from 0-60mph in 4.8 seconds and handles beautifully because of the double-wishbone suspension!

272 examples were produced, more than enough to satisfy homologation, and each based on the underpinnings of the 308 GTB. This was good for 0-60 in 5 seconds, helped by the innovative body construction which featured a combination of steel, fiberglass, Kevlar and carbon fibre.

There are very few names in the automobile industry that are as iconic as the Testarossa. It’s one of the wildest looking sports cars ever made. On the sides of the doors, it had multiple large vents that would help with airflow making the car handle better. It’s a perfect symphony of speed.

While its 180bhp top speed is undoubtedly fast, it’s still some way off the top end of this eighties roundup, and its 0-60 sprint time of 5.2 seconds is bested by many others of its day. It is still one of our favourite 80s supercars though!

Often forgotten in all the big names, the DeTomaso Pantera GT5 was a brilliant mid-engine sports car. The Pantera combined European styling with a powerful American engine. It could compete with the best cars of the era with a 0-60mph time of 5.2 seconds. Once you see the Pantera, you can immediately tell it’s for the 80s.

Technically, the DeLorean is not a supercar and therefore should not be included in our list. Even by the standards of its day it was sluggish, taking over 10 seconds to reach 60 miles per hour from a standstill. Its 2.8-litre V6 was restricted by tough emissions regulation at its time of release, meaning in the real world 88mph too some serious work to reach.

However, this car is still one of the most recognisable machines out there, turning heads and dropping jaws over 30 years since it was first produced.

When you’re looking at the rarest cars from the era, there’s no question about the Vantage V8. Aston Martin only went on to make 52 units of the coupe and 37 of the convertibles. In its day, thanks to the 5.3-liter engine, it was the fastest convertible on the market. The double light design in the front is just iconic.

Power came from Aston’s thunking great 5.3-litre V8, making sure that people knew this was more than just a design study. Thanks to an aluminium body, weight was kept down allowing the Zag to reach 60mph in just 4.9 seconds, and push on to a top speed of 186mph.