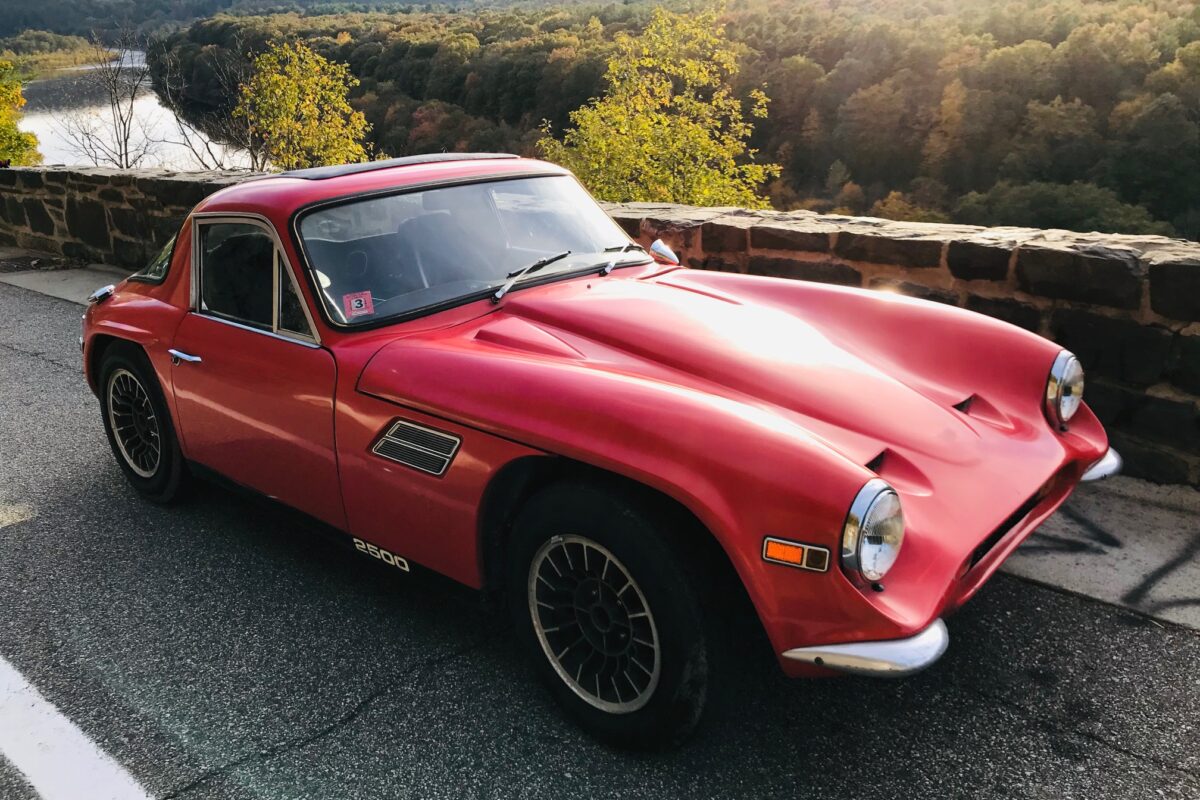 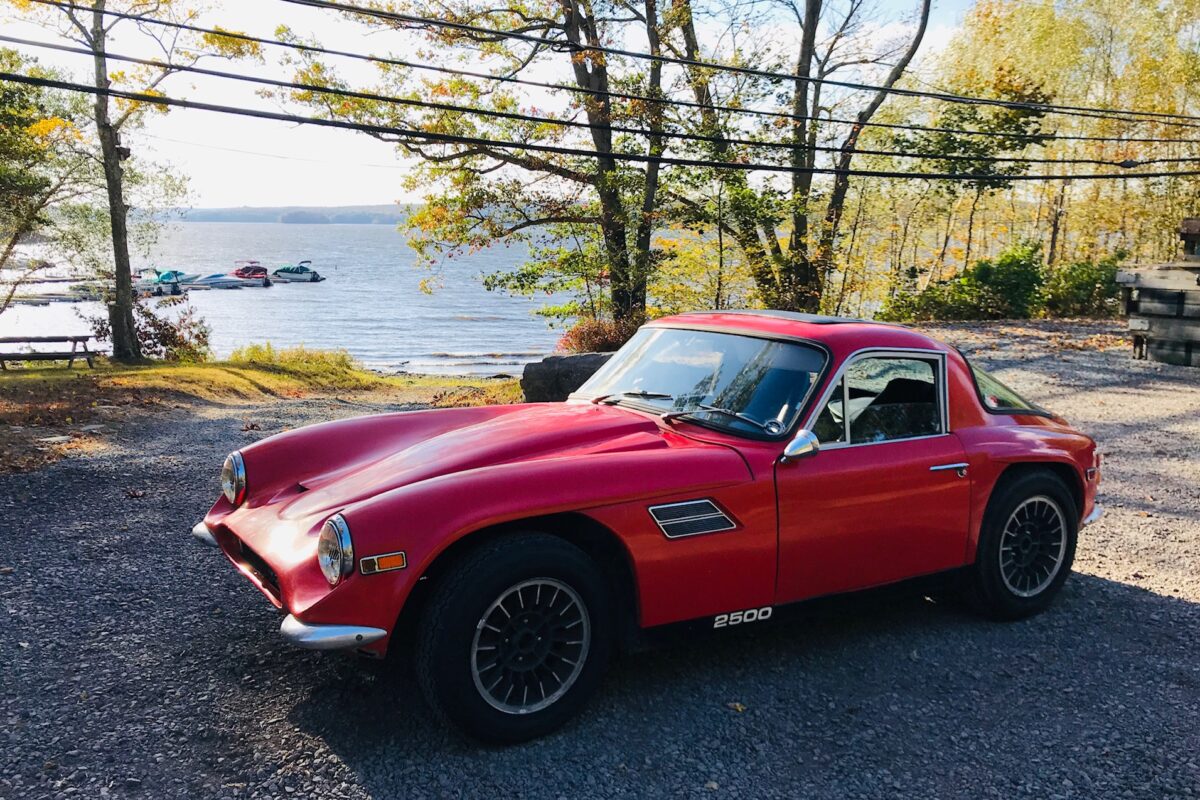 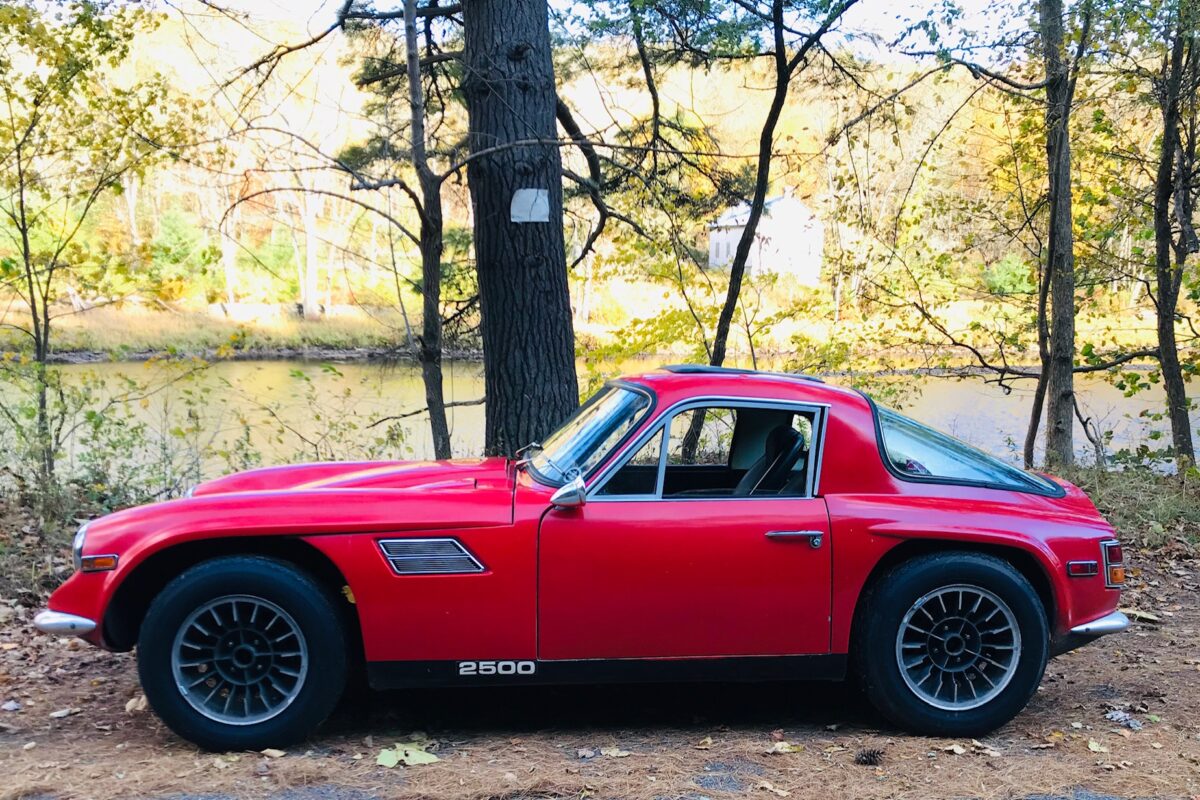 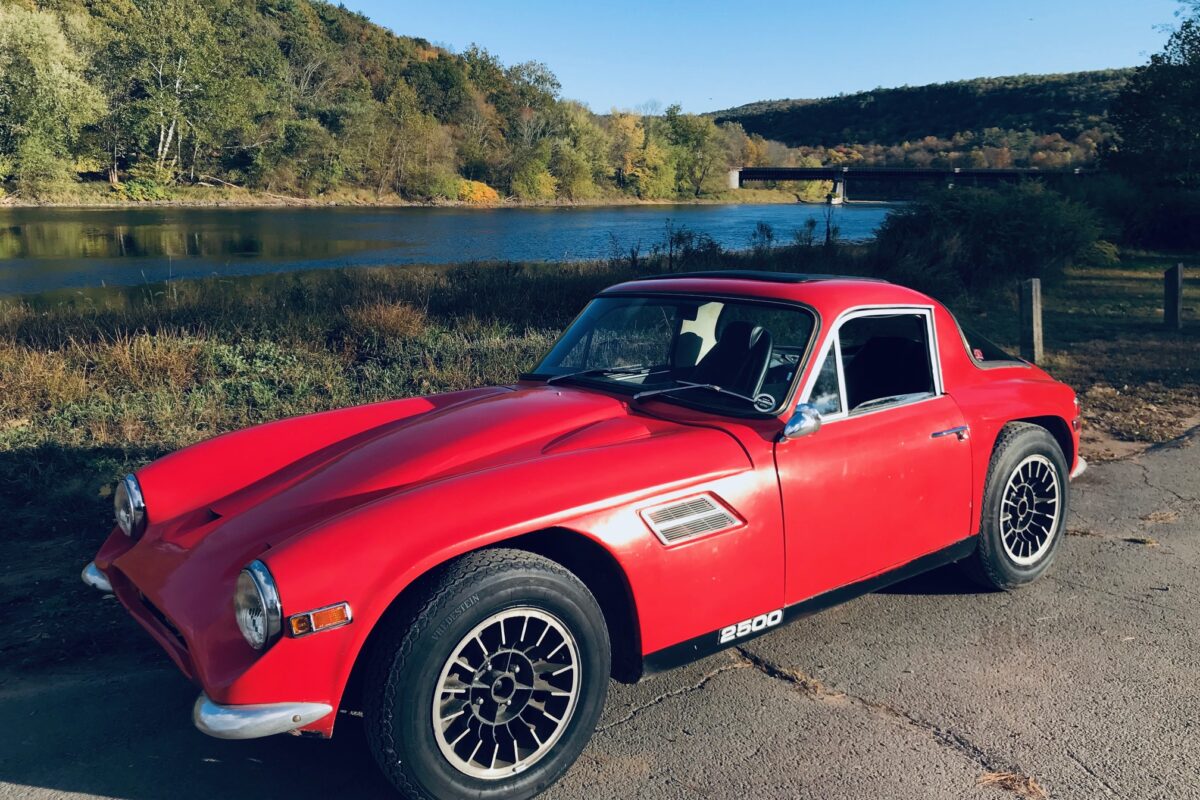 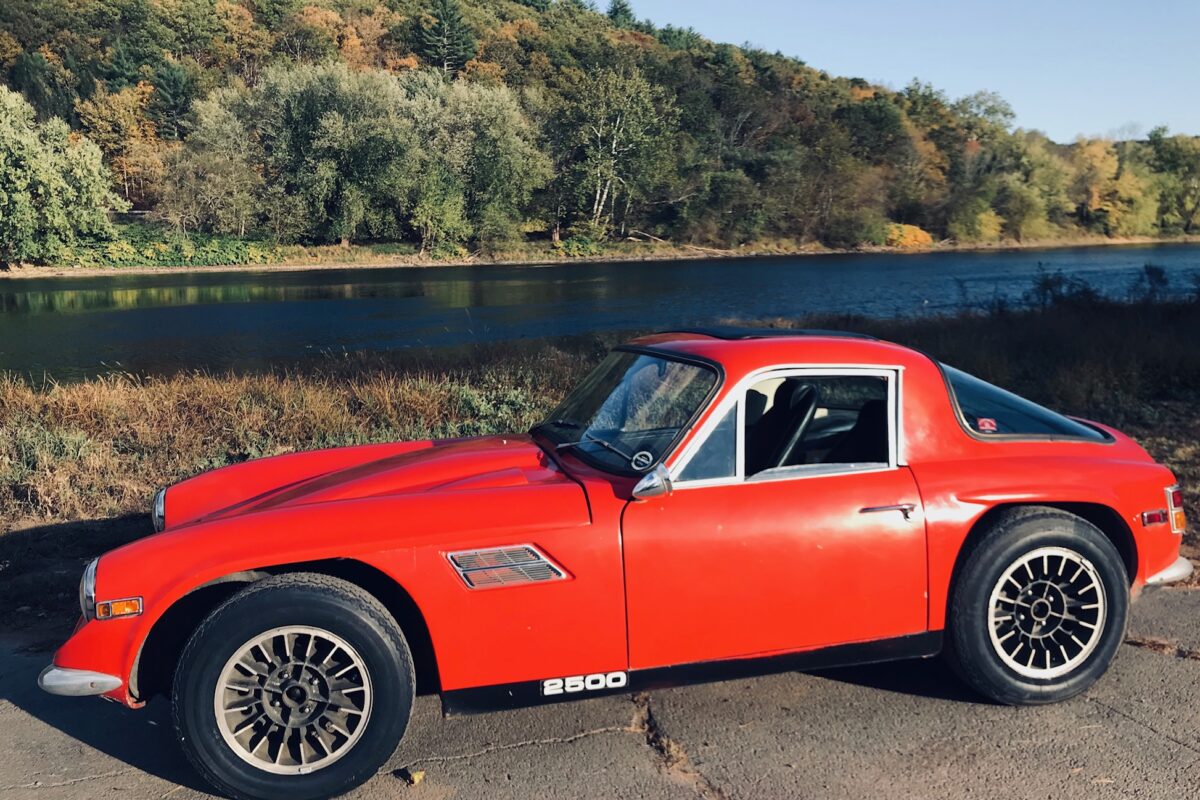 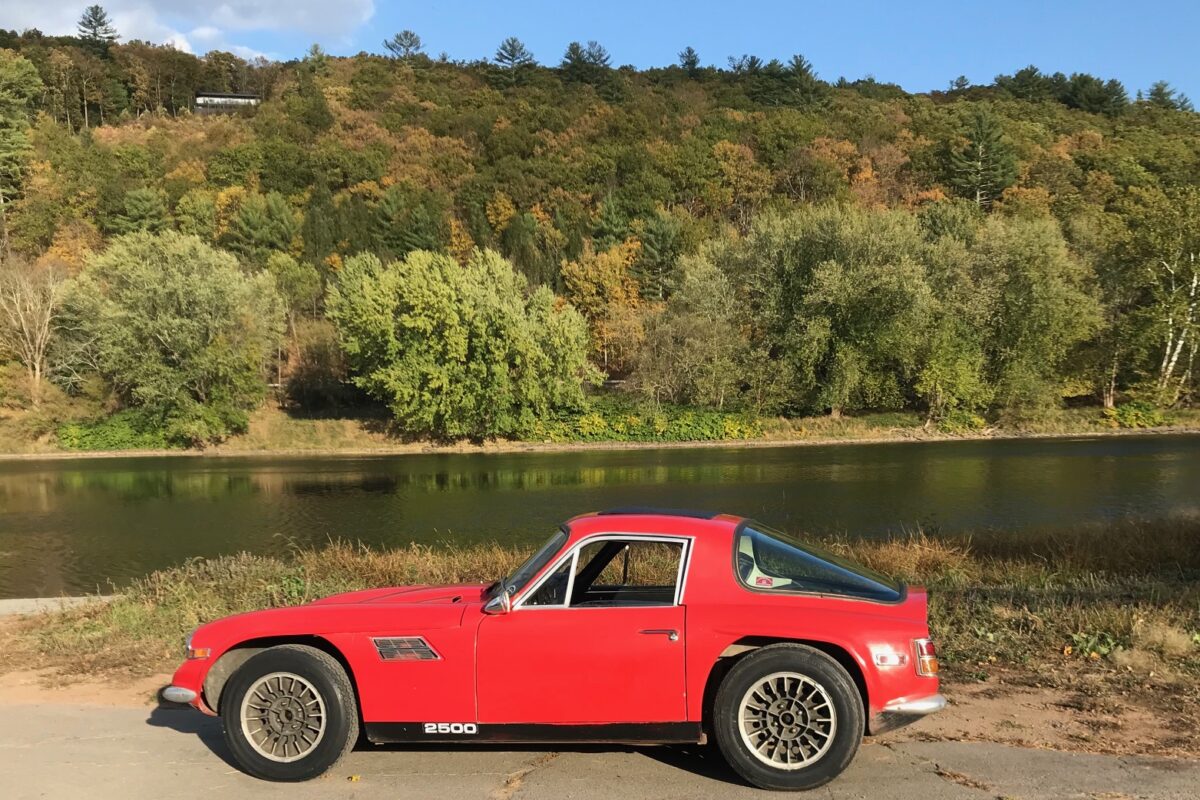 Welcome to another ‘Car in the Spotlight’ feature, and a big thank you to David Rose, for providing us at ‘My Car Heaven’ such fascinating insight to buying and owning this beautiful car.

As a boy growing up in a small town in Massachusetts, USA, I used to ride my bicycle to a dealership for British sports cars.  I went there so often that all the salesmen knew me by name.

One day while I was admiring an Austin Healy 3000, the sales manager called to me: “Hey David, come on in… I have something I want to show you”.  This was a very special moment because salespeople had never welcomed me inside the hallowed space of the dealership.  When I arrived inside, the sales manager pointed to a rotunda where this absolutely incredibly beautiful sports car sat as the turntable slowly revolved.  I never thought a car could be so extraordinary.  “What is it” I asked..  “It’s a TVR Grantura” he said.  “Mark Donahue just raced one of three TVR’s at Sebring last week.  He told me they came in 1st, 2nd and third in their class.

I learned 50 years later when I interviewed Mark Donahue’s son David for a magazine article I was writing, about the Sebring 12 Hours race he was competing in that year.  He said yes, his dad did race at Sebring that year but he doubted they finished 1, 2, 3.  When I checked online I found out he was correct.  Nonetheless, as a 12 year old way back then, I was impressed and I promised myself that one day I would own a TVR.  That was 1963; in 1973 I bought my own TVR (Vixen 2500) and I own it still with the same passion and excitement I had when I first saw it.

I think I paid around $7,000 for the car which included a trade of a 1967 XKE Jaguar coupe (admittedly needing some work).  Today my TVR might be worth around $25,000.  I drive my TVR only in warm weather on occasional weekends through country roads, and put it to bed around Thanksgiving in November and unwrap her around Easter time.  The car has less than 50,000 miles on it even though it is 47 years old.

There are so many delightful things about this car that bring me joy.  Firstly, I love the way it looks.  The timeless design makes this car look fast even while standing still.  Whenever people walk past they always take notice and express their positive comments which include the question, “what is it?”.

The handling is superior thanks to a nearly mid-engine layout on a tube frame chassis with double wishbone suspension at both ends and with disc brakes at the front and drum brakes at the rear.  The 2.5 liter engine provides 150 horsepower to the car which weighs only 1700 pounds; needless to say this is an impressive power to weight ratio. It is said that no two TVR’s are exactly alike.  I think that might be an exaggeration but since each car is built by hand perhaps it might be close to the truth.

I moved to San Francisco at the end of 1973 when I was offered a job there.  I wanted to drive there in my TVR but that was during the time of the oil shortage and it would have been rather risky to make the trip by car, so I arranged to have it shipped instead.   The TVR was very happy in that environment and so was I.  The mountain roads and those along the California coast were designed for TVR’s.  It was a great time.

When I accepted a job in Toronto, Canada, in the mid-1970’s, I drove the TVR despite bad weather conditions in February.  It was quite an experience because when we got to the Canadian border near Niagara Falls it began to snow very hard.  My girlfriend was riding in the passenger seat and spent most of the rest of that trip scraping frost from the inside of the windscreen, British cars of that era are not known to have acceptable weather treatments.   The next year and a half were spent exploring wonderful roads from Ontario to Quebec on weekends.

The car has never let me down and although I have several British sports cars these days including MG’s, Triumphs and Jaguars, the TVR is my favorite.  I keep the cars in a purpose built garage in the countryside and to spend a weekend with these beauties is the joy of my life.

I appreciate new cars and on occasion I will rent a car for business purposes but as technically advanced as the new cars are…none of them can match the charm and character of what was built decades ago.

Do you have a cool, iconic car you’d like us to profile in our ‘Car in the Spotlight‘ feature? Complete our questionnaire and email to info@mycarheaven.com