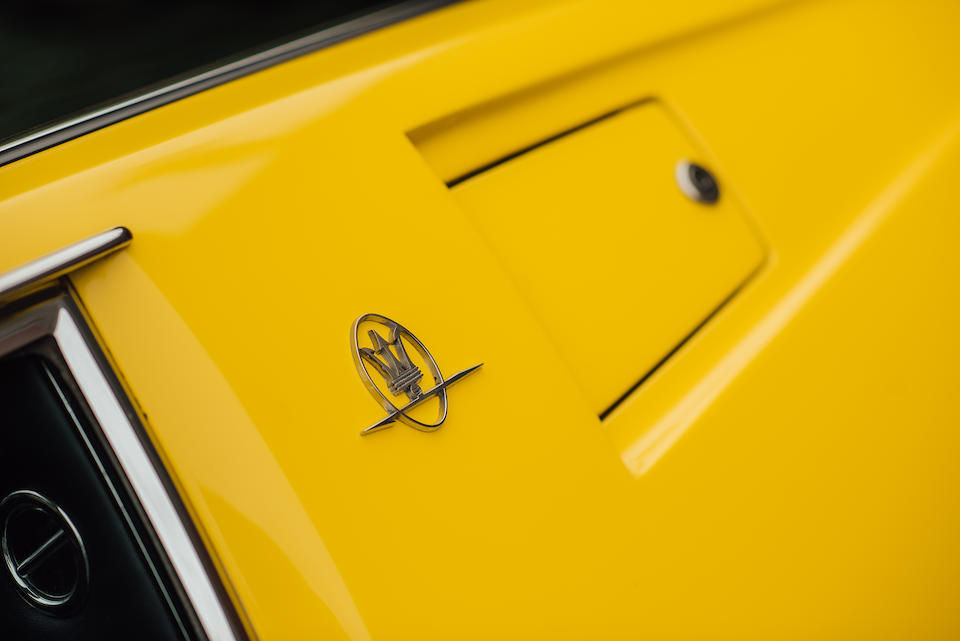 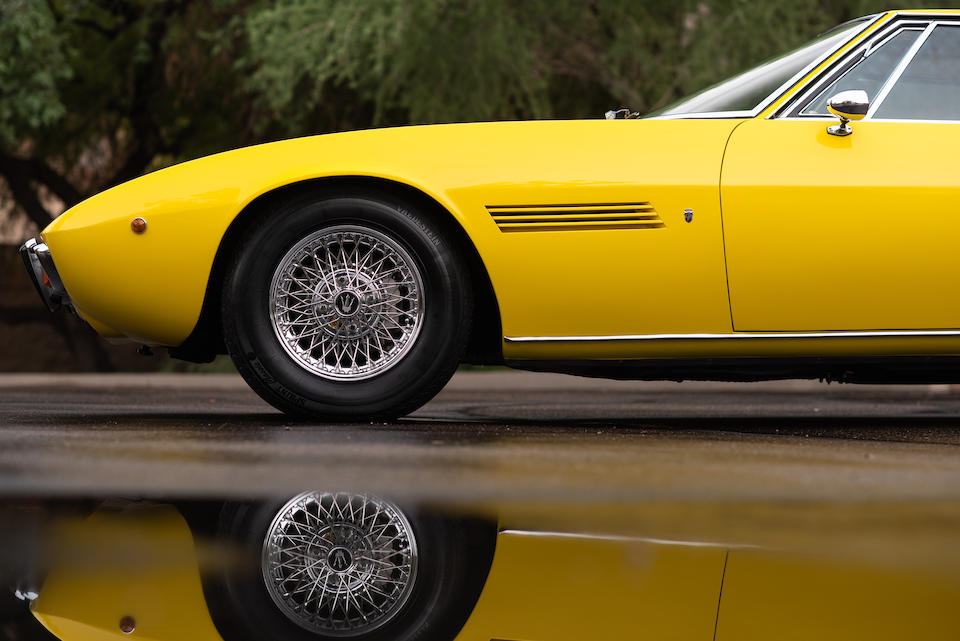 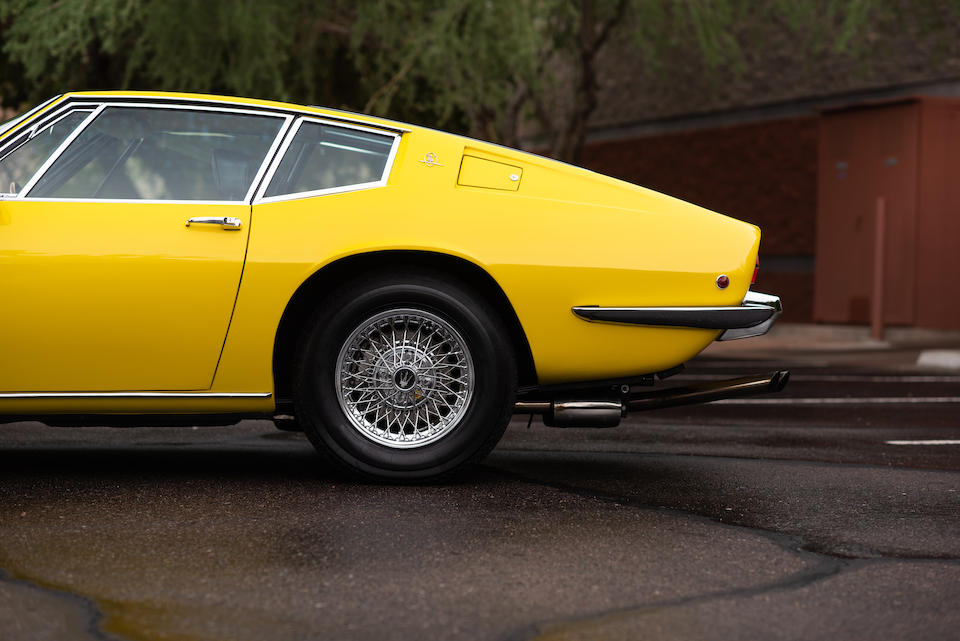 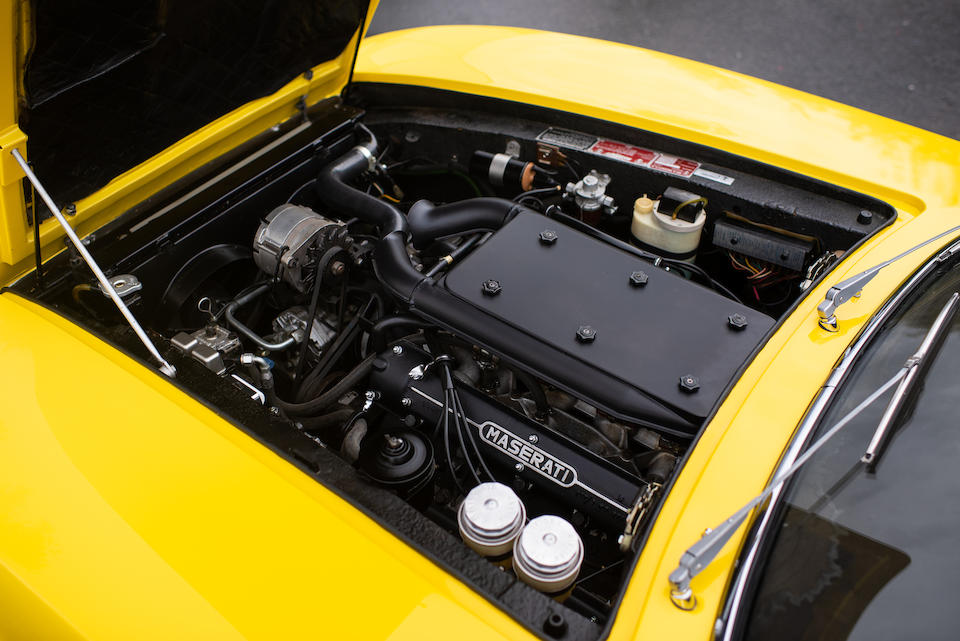 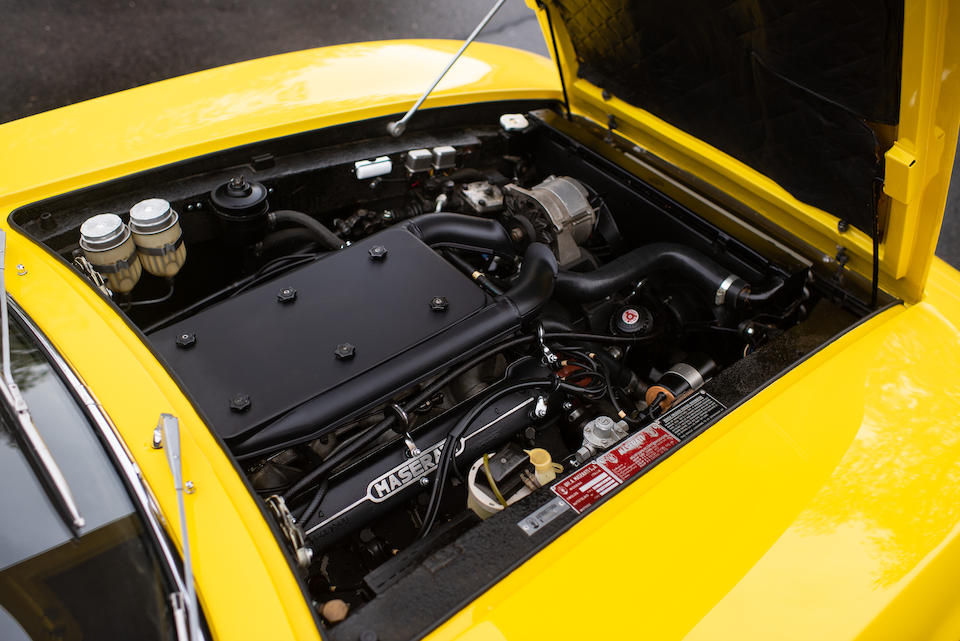 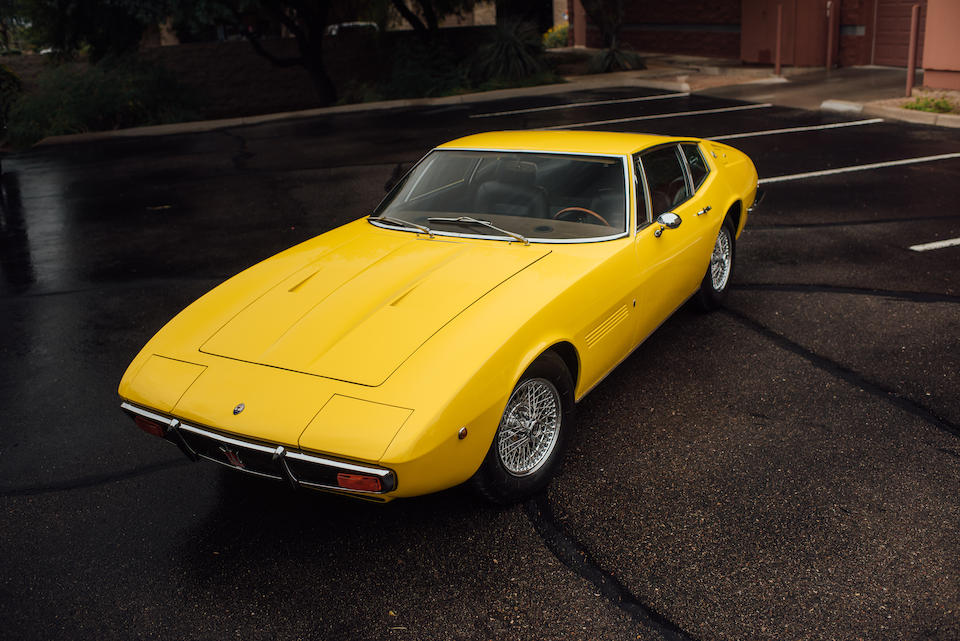 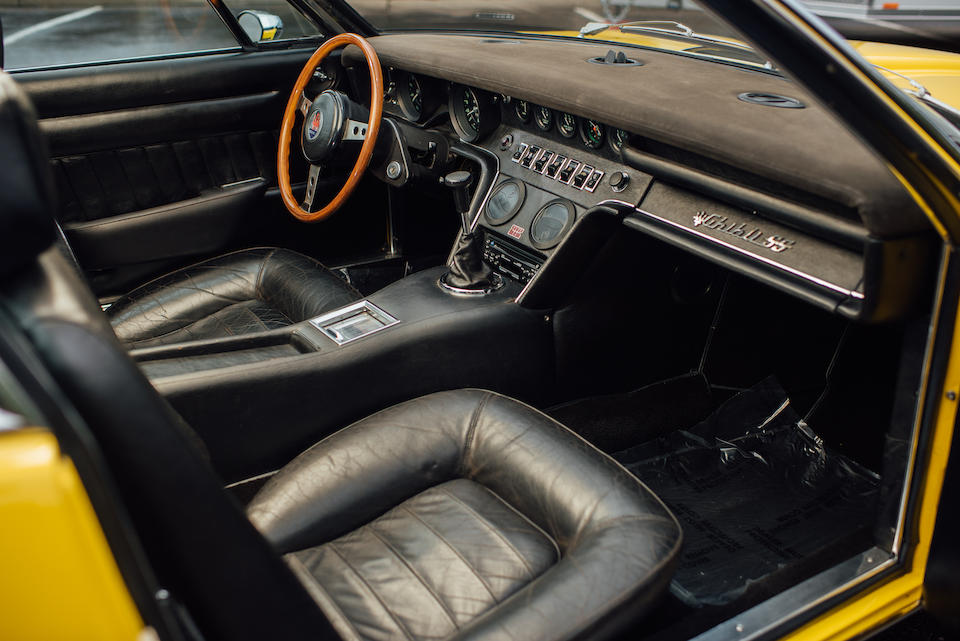 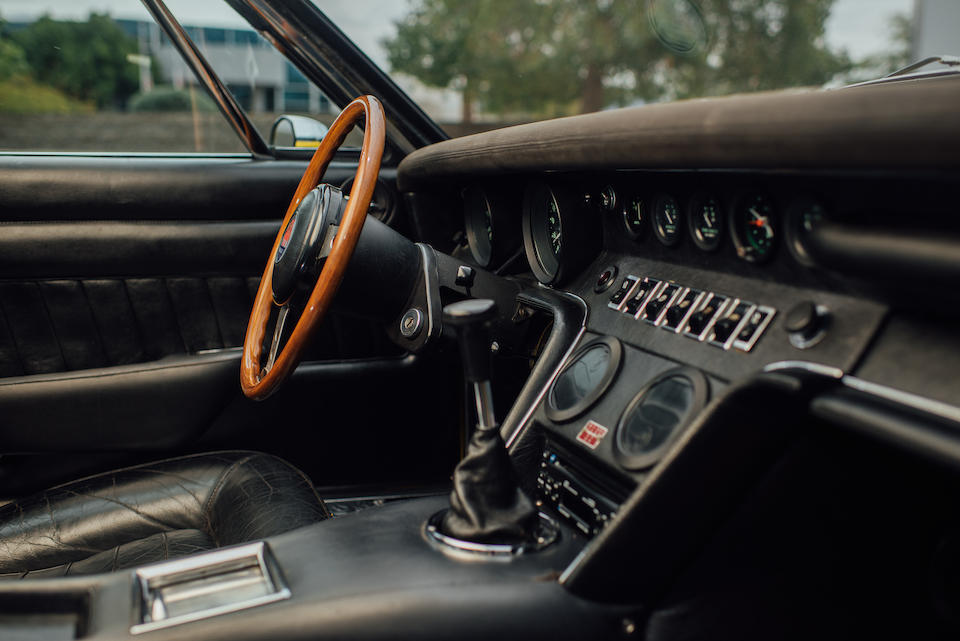 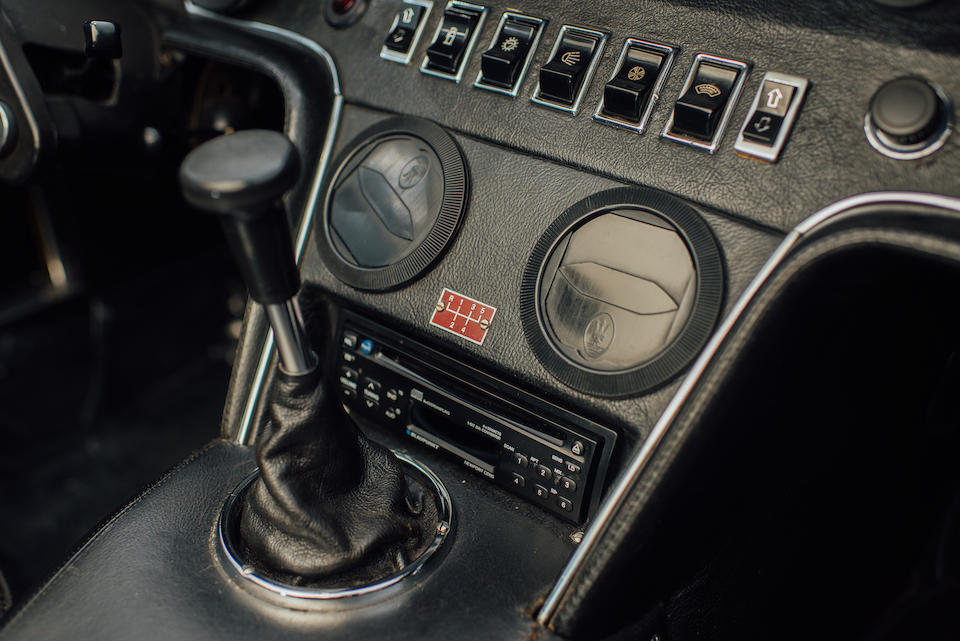 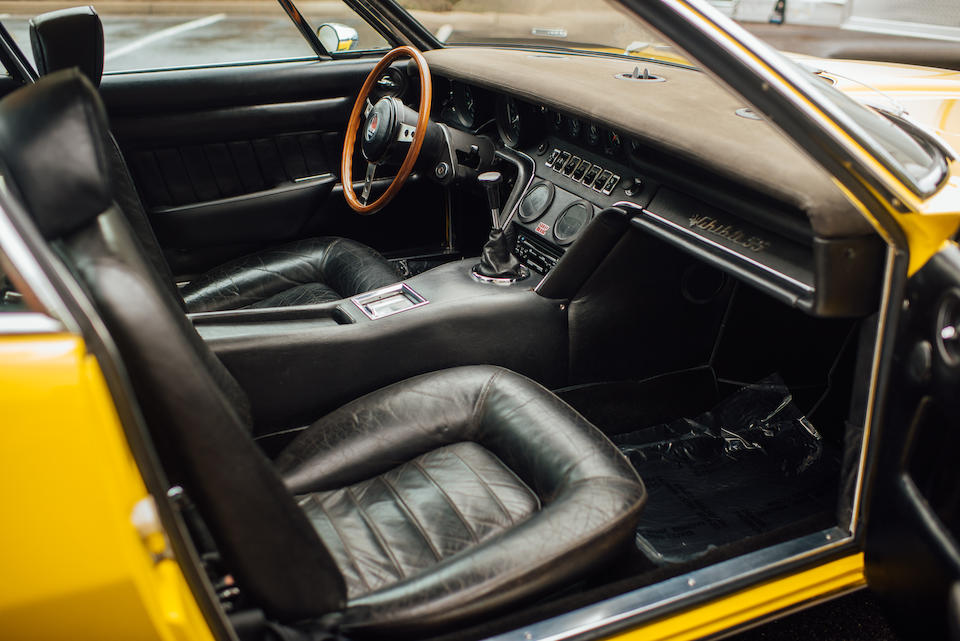 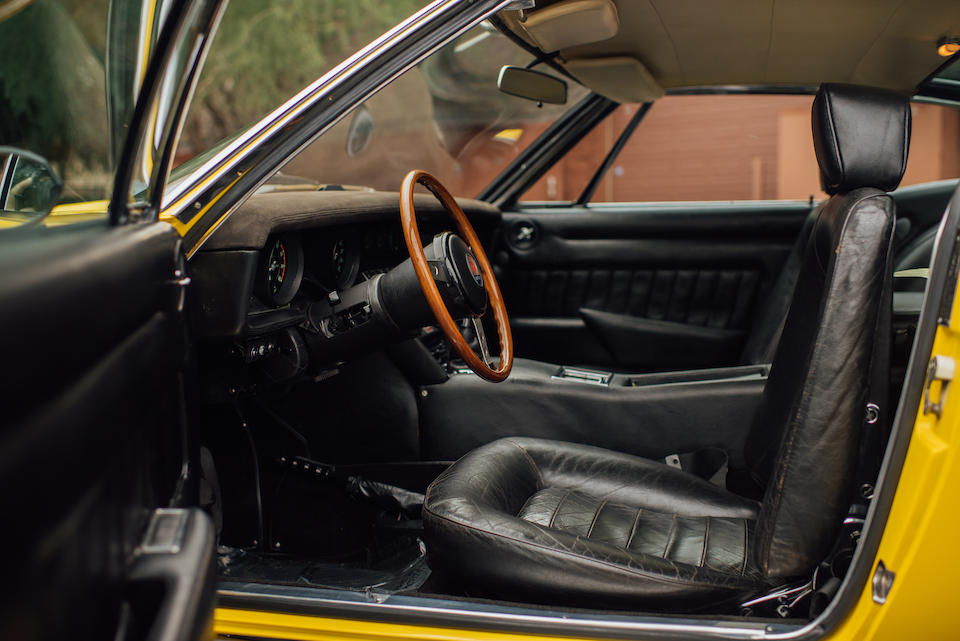 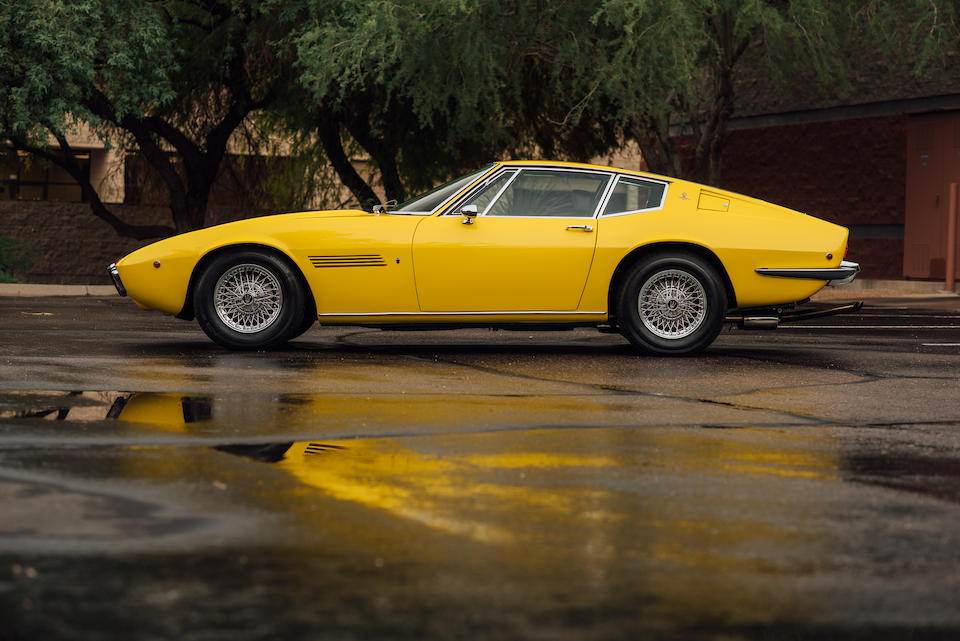 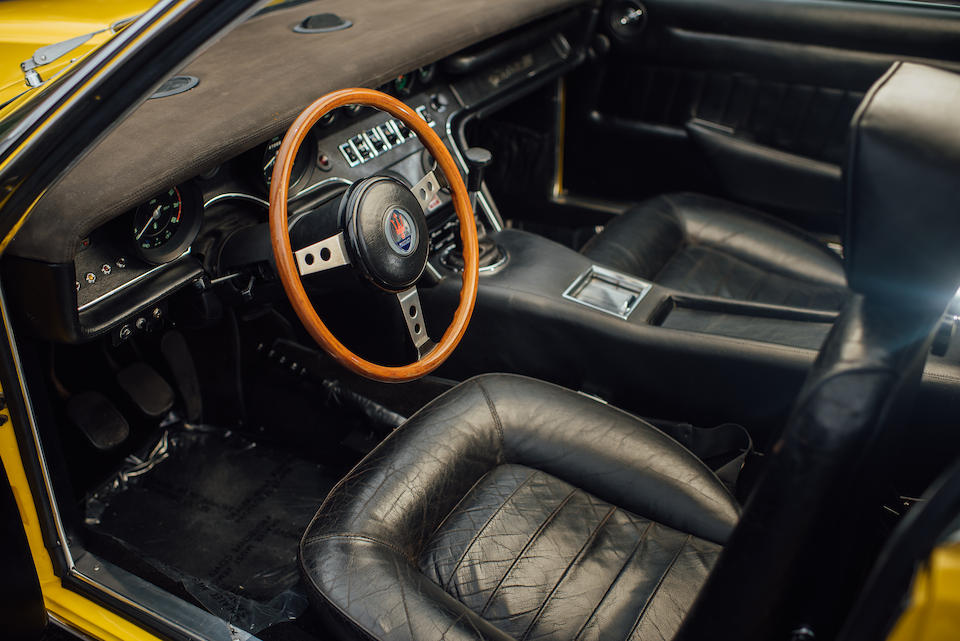 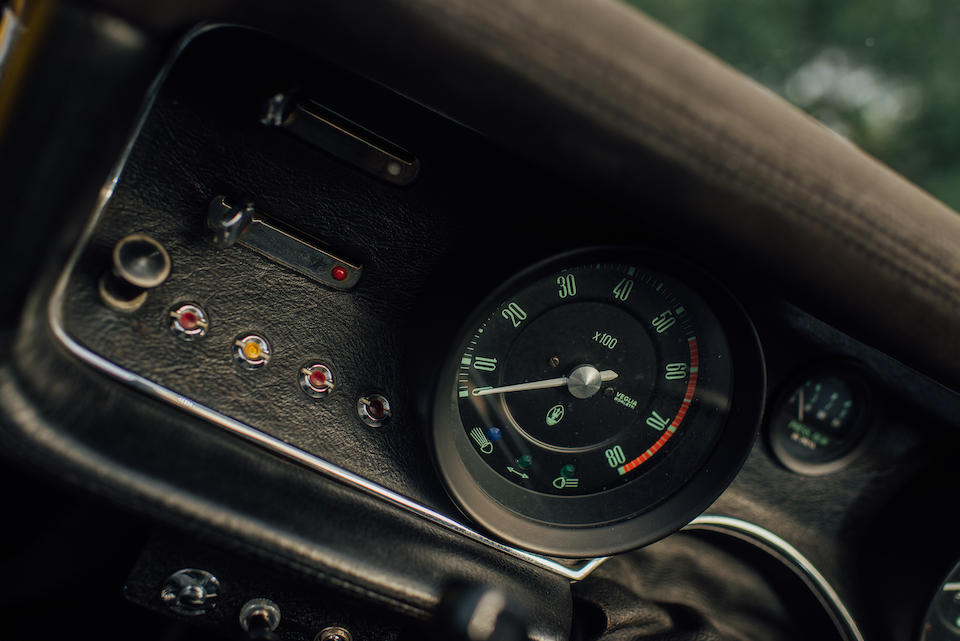 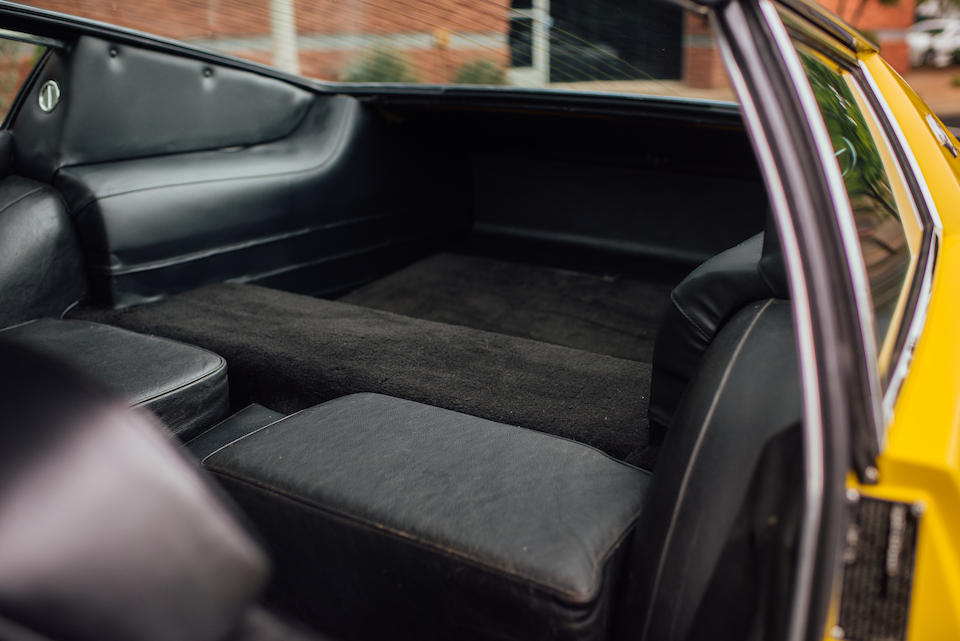 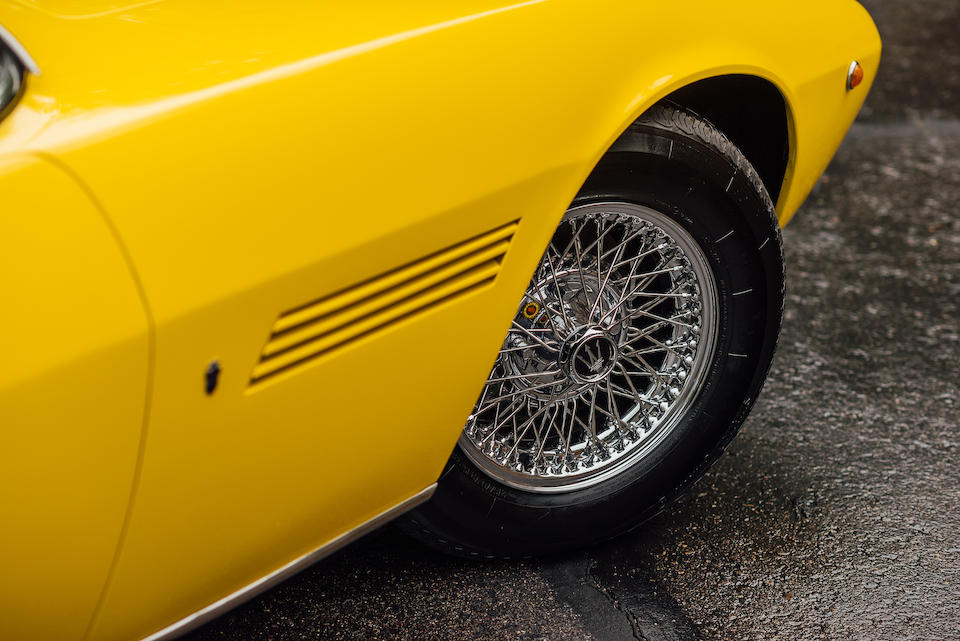 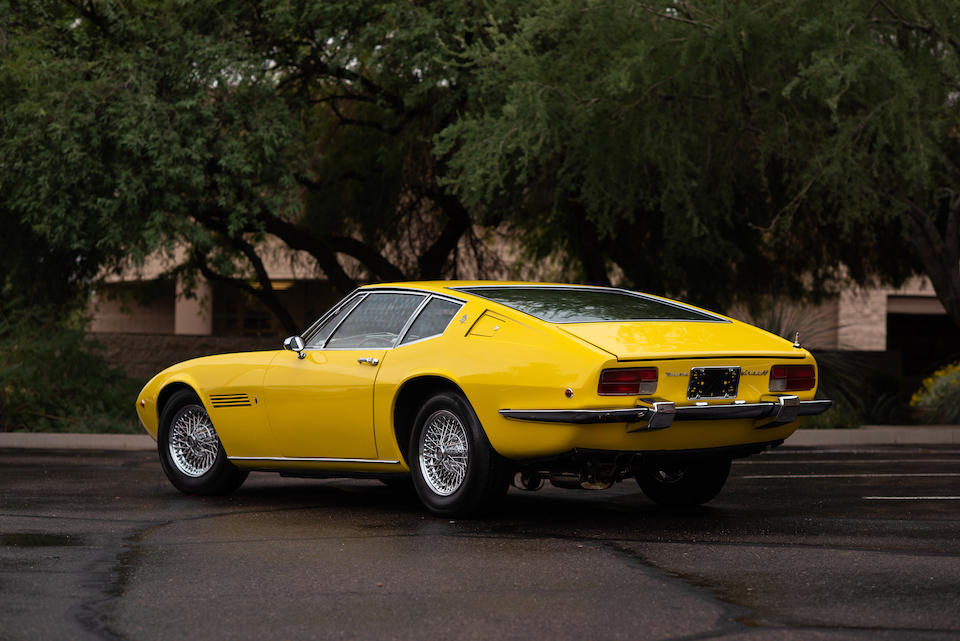 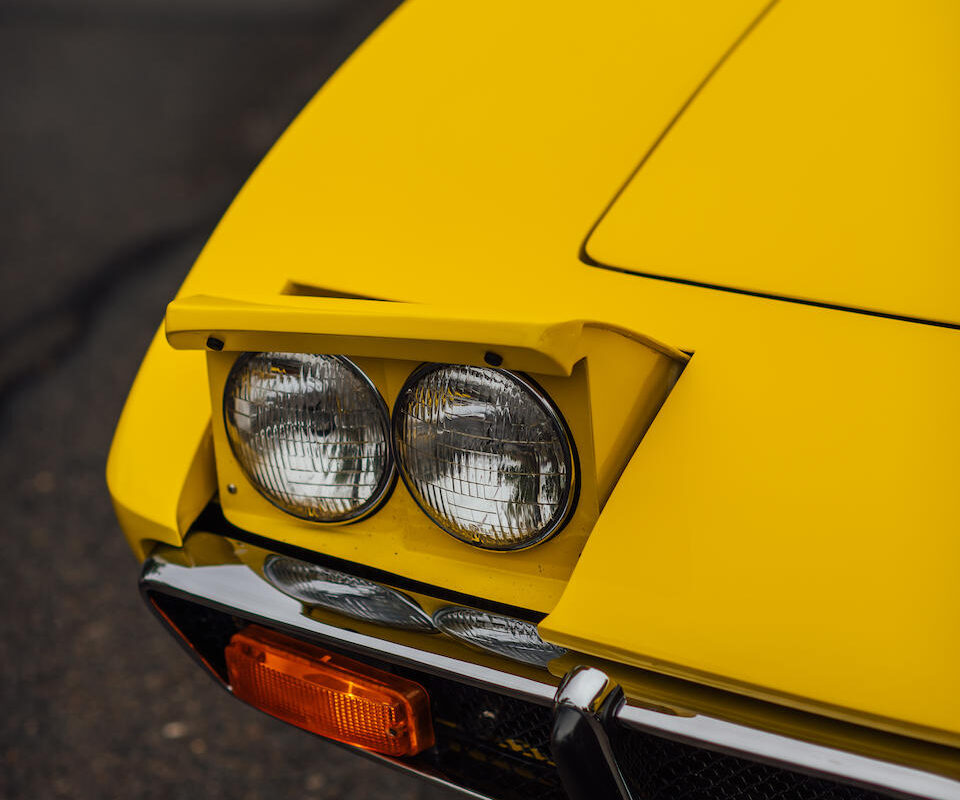 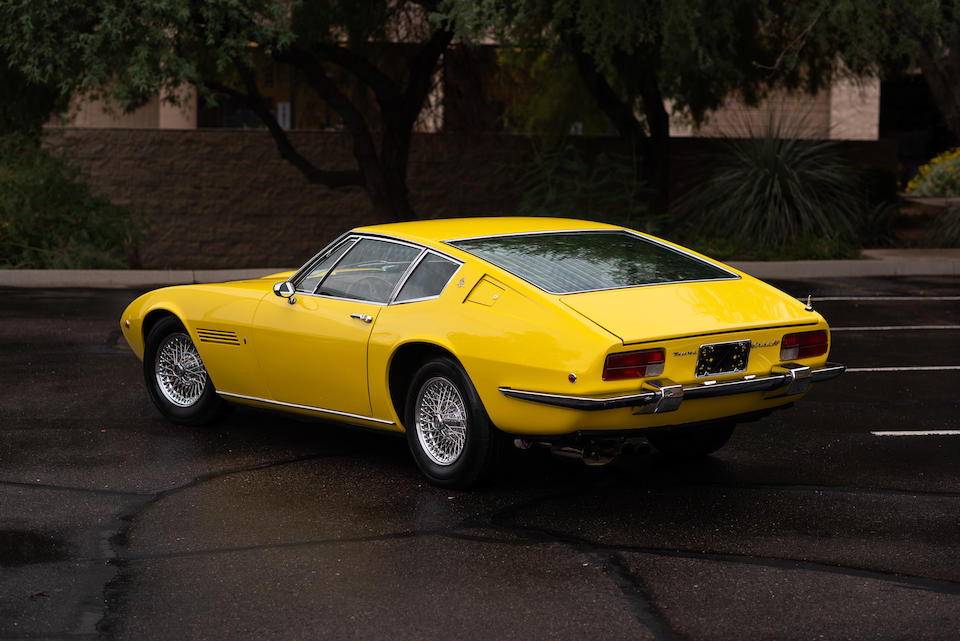 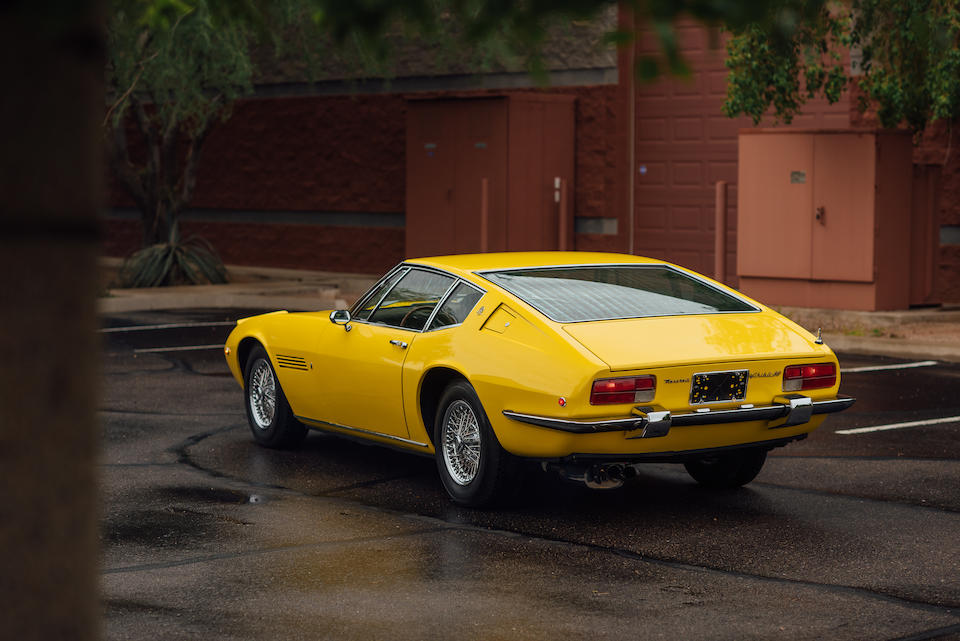 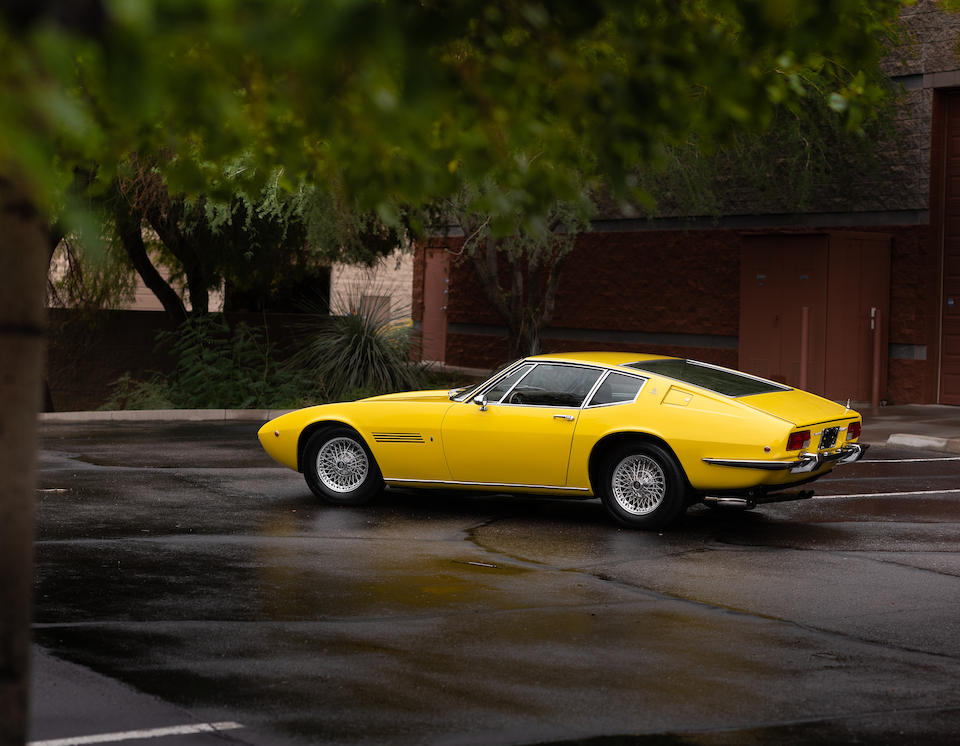 A strong contender for the “most handsome car of the 1960s” title, Maserati‘s Ghibli debuted in coupe form at the Turin Motor Show in November 1966. Styled at Carrozzeria Ghia by Giorgetto Giugiaro and named after a Sahara Desert wind, the Ghibli rivaled the Ferrari Daytona for straight-line performance – its top speed was close to 275km/h (170mph) – while beating it for price. More than 4.5m long and 1.8m wide, the Ghibli occupied an inordinate amount of space for a mere two-seater, but perhaps the most startling aspect of its appearance was the height, or rather the lack of it.

Dry-sump lubrication enabled the engine to be mounted deep in the chassis, permitting a low bonnet line, while limited suspension travel ensured that the tires did not foul the wheel arches. The roofline fell away from the top of the steeply raked windscreen to the chopped-off tail, Giugiaro thus achieving a cabin lower than that of almost all the Ghibli’s contemporaries, albeit one with restricted headroom for rear passengers.

Like the contemporary Mexico 2+2, the Ghibli used a shortened version of the Quattroporte saloon’s tubular steel chassis in its live rear axle form. In preference to the more complex suspension designs favored by its rivals, the Ghibli used leaf springs and a single locating arm, a much more easily maintained arrangement.

The power unit was Maserati’s powerful, four-cam, 90-degree V8, an engine derived from that of the 450S sports racer and first seen in road-going guise in the 5000GT. This was used in 4.7-liter form up to 1970 when it was superseded by the 4.9-liter SS version in order to meet ever more stringent emission laws. The gain in horsepower was minimal, but in either case performance was stunning, with 160km/h (100mph) attainable in under 16 seconds. This neck-snapping acceleration resulted from the V8’s enormous torque, which made the Ghibli one of the most flexible and easy-to-drive GTs of its era. One of the most stunning sports cars ever made, the Ghibli was a worthy rival for the Ferrari Daytona and represents exceptional value for money today, just as it did 40 years ago.

This definitive Ghibli with its ferocious four-nine engine has a great and extensive file of documentation which commences with copies of the factory delivery information from Maserati Classiche. Those papers confirm ‘2126’ to have been built to its superior mechanical specifications and being in the works in spring 1971. The completed car was finished as it is today in Giallo (yellow), with black interior and optioned with 5 speed transmission, power steering and air conditioning.

Ultimately it would arrive in the US in 1972, and although that first purchaser is not recorded, within the first few years of its life we know from the records on file that the car was handled by famed dealership Miller Motor Cars in Connecticut, the Giallo car being sold to a Mr. Edmund Bilhuber, of Summit, New Jersey, with a mileage of a mere 23,653 on the clock. Bilhuber would retain the car for many years, and its next owners are charted through to this day.

One of the most Iconic GT cars of the 20th century, the Maserati Ghibli offers stellar V8 performance and classically proportioned styling. A finely preserved example like the one presented before you will find itself comfortable presented on the lawns of shows across the country and equally blitzing hundreds of miles of interstate.