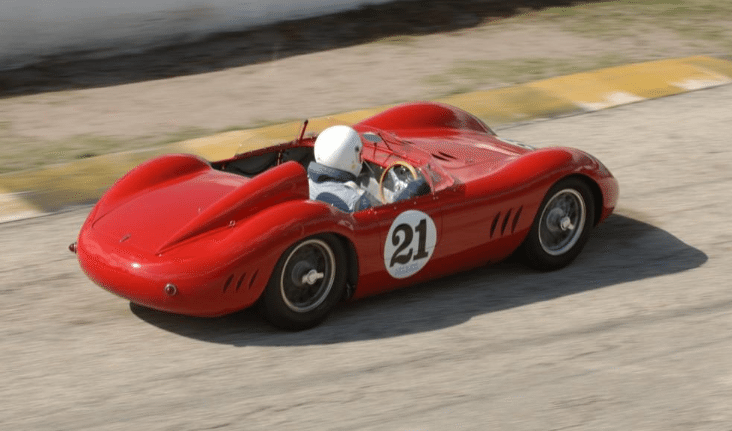 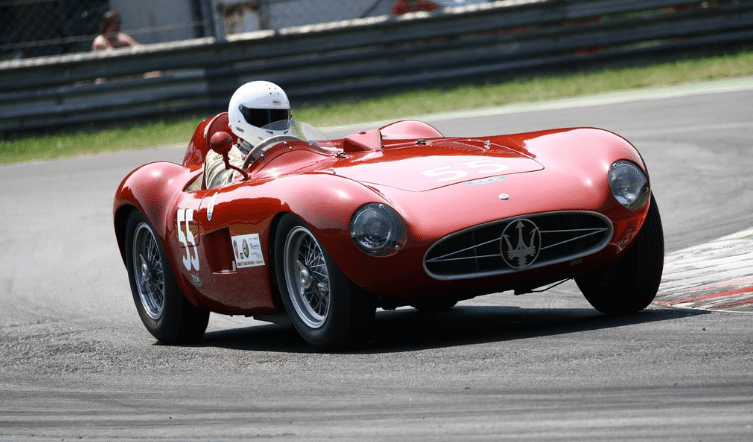 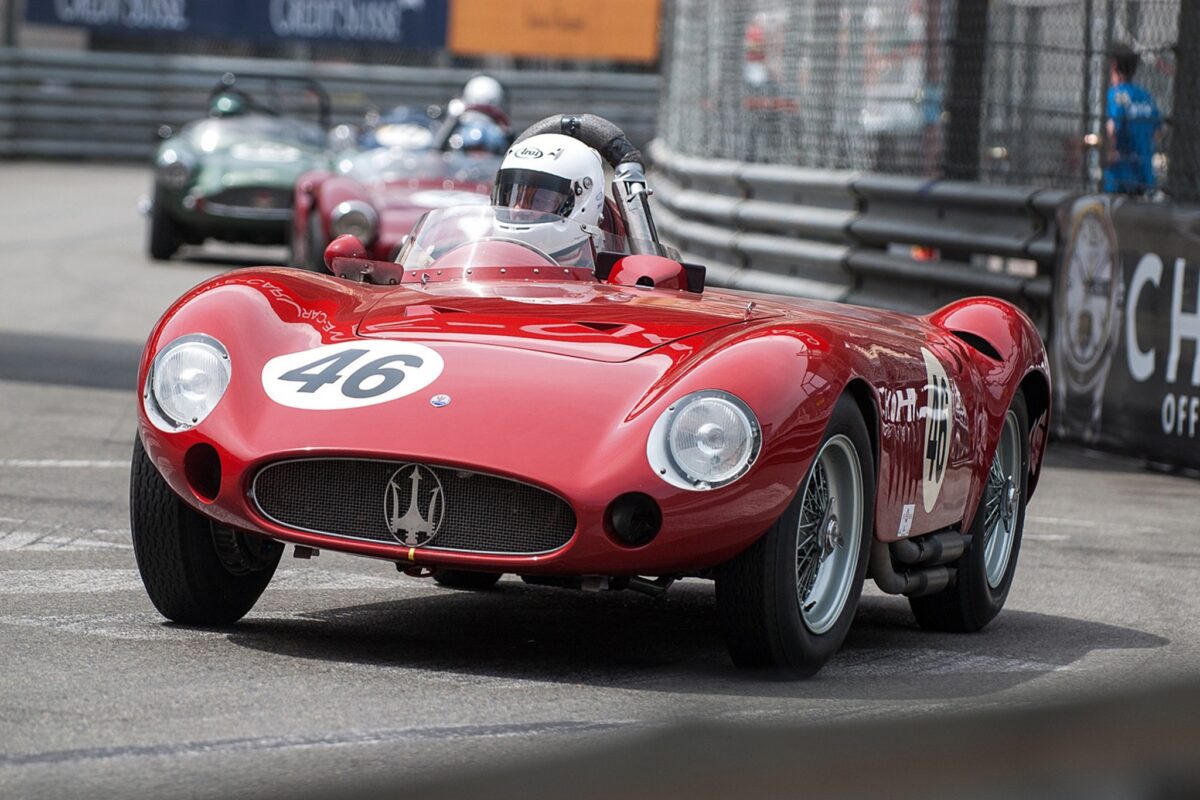 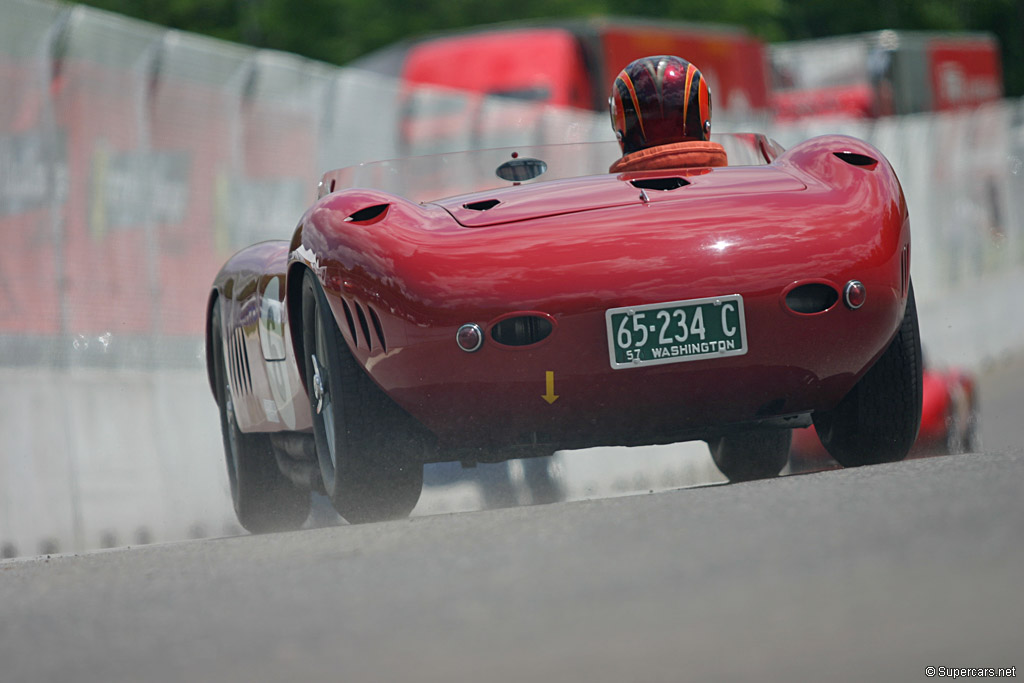 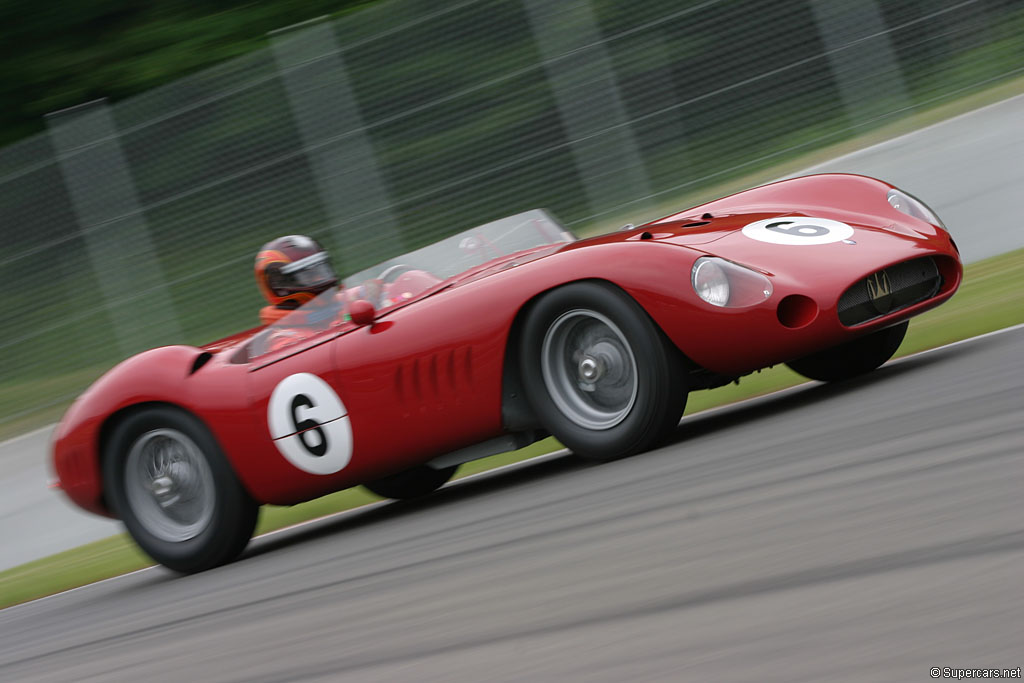 The Maserati 300S was a racing car produced by Maserati of Italy between 1955-59, which competed in the FIA’s World Sportscar Championship. During the years of production twenty-six 300S Maserati cars were built with three versions of each increasing with sophistication. By then, Maserati had a car which was competitive with the best sports racing cars of its class and for many drivers, such as Stirling Moss, it was considered a favourite.

Maserati engineer Vittorio Ballantrani prepared the 300S as a replacement to the A6GCS series. The initial idea was to use an engine similar to the successful Maserati 250F Grand Prix car in a A6G-like sports car chassis, but both elements required significant modifications.

The 3.0-litre (approx 245 bhp (183 kW) at 6200 rpm) engine was based on the Straight-6 design of the Maserati 250F and incorporated a lengthened stroke developed by Vittorio Bellentani to increase the capacity from the original 2.5-litres. The compression ratio was reduced from 12:1 to 9.5:1, partly due to the FIA regulations requiring the engine to be run on road car fuel. It used three Weber carburettors, initially 42DCO3, later 45DCO3. A trellis structure was used instead of the tubular one of the 250F, and the aluminium body was by Medardo Fantuzzi.

The brakes were the same as the 250F, beautifully machined alloy drums with extensive fining. The suspension was also of the same design as the 250F but with some strengthening to cope with the rougher tracks and road surfaces encountered in WSC racing. New features for the 300S included the incorporation of a DeDion type rear axle, a transverse four speed gearbox and two chain driven camshafts.

After a poor showing in the first season (1955) due mainly to mechanical malfunctions and development problems. For the 1956 season, Maserati hired Stirling Moss and prepared a works team for all the rounds of the World Sports Car Championship.

At the opening round of this season at Buenos Aires, the factory efforts paid which paid off. All the large 4.0-litre Ferrari suffered mechanical problems, and the car driven by Moss and local Carlos Menditeguy took overall victory.

For the next rounds at Sebring and the Mille Miglia, Maserati prepared the 350S. The cars were on pace but succumbed to the competition. The 1000kms of Nurburgring changed this when Moss and Behra took over a second car to win the event.