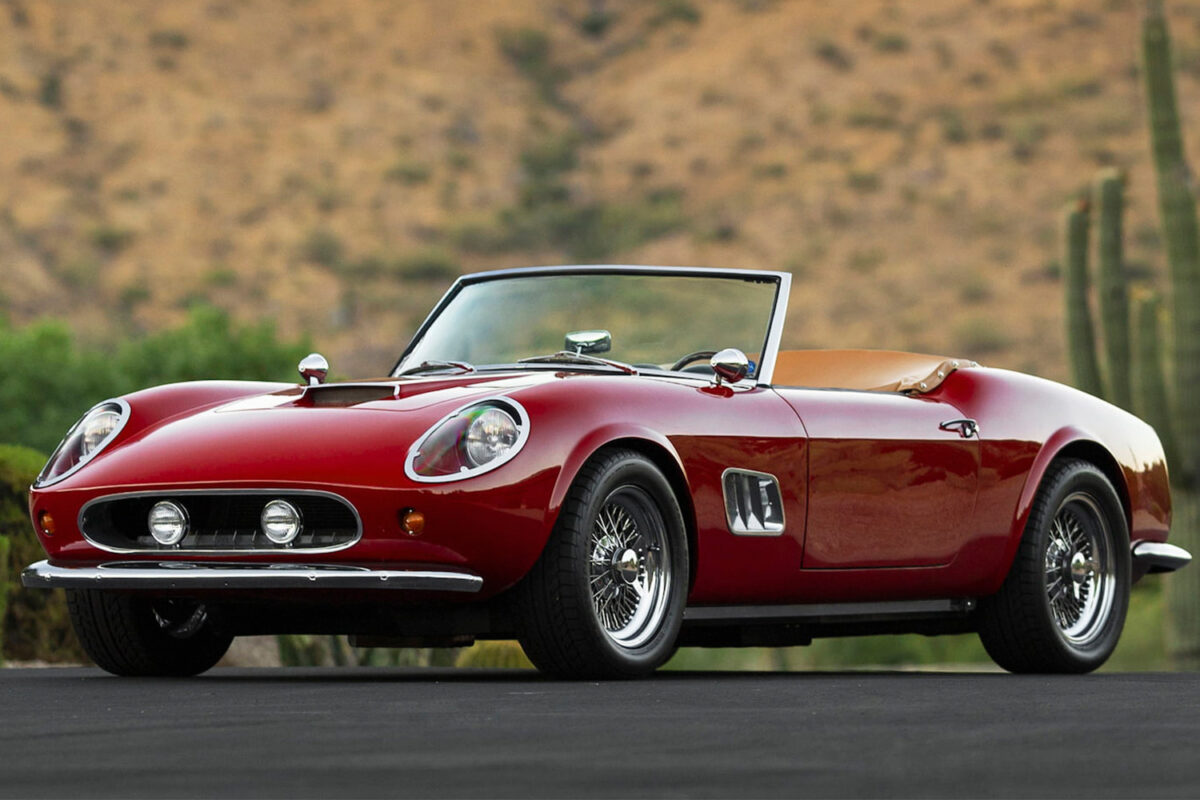 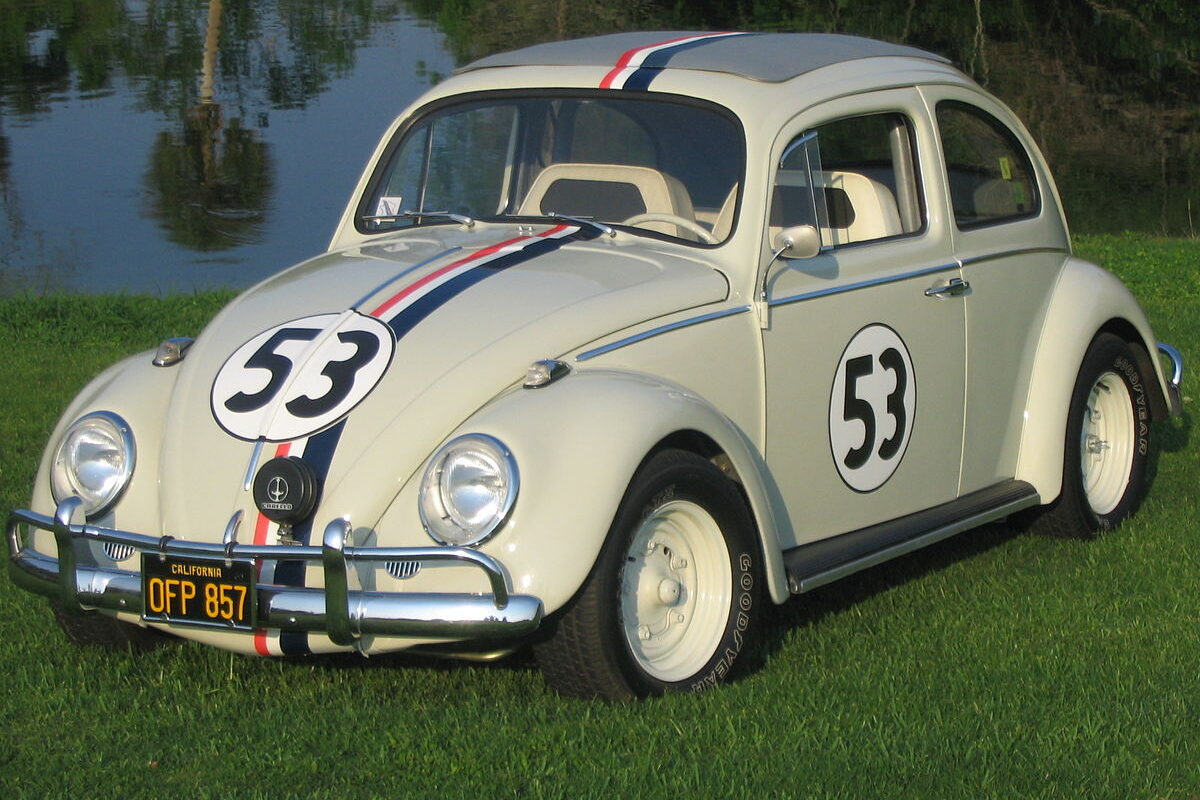 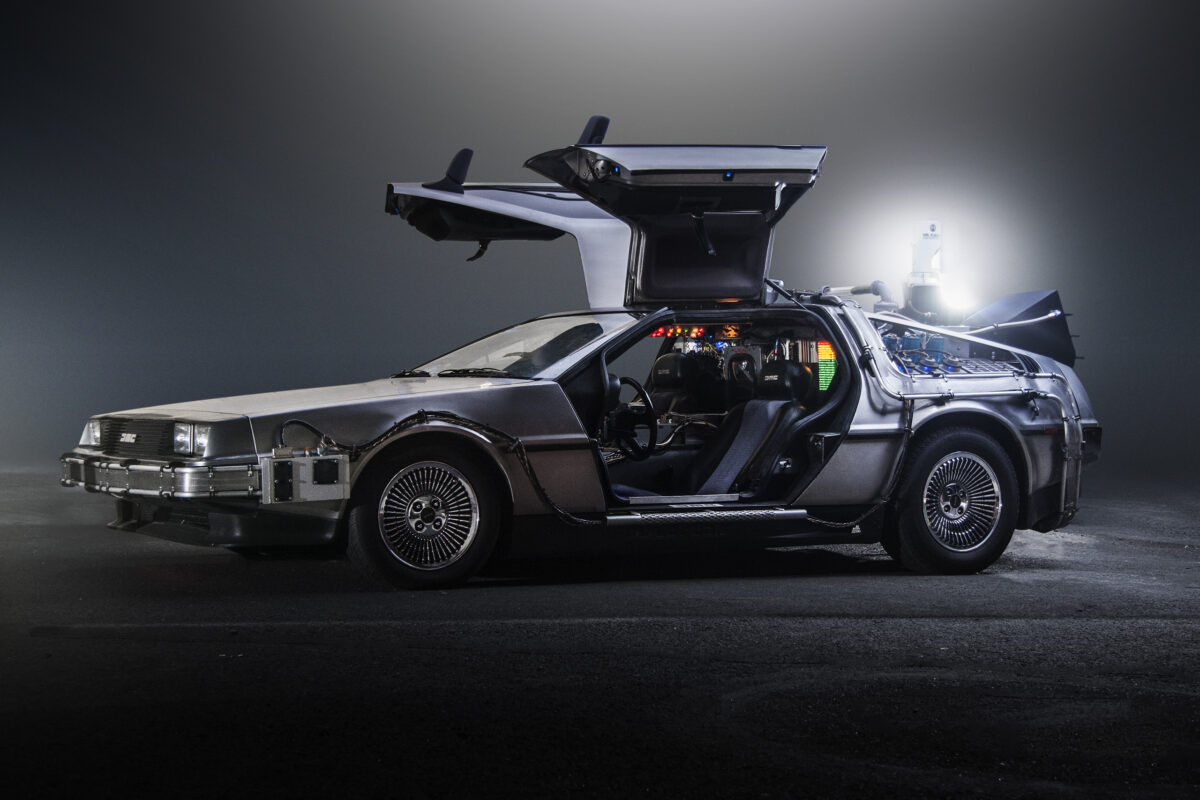 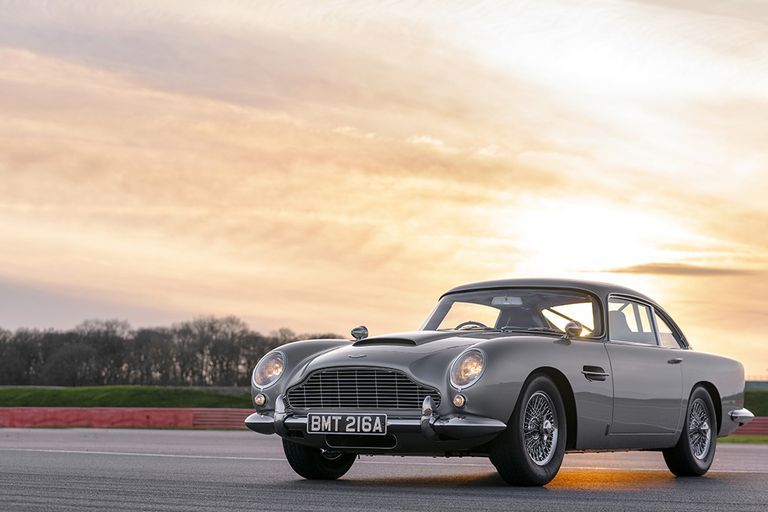 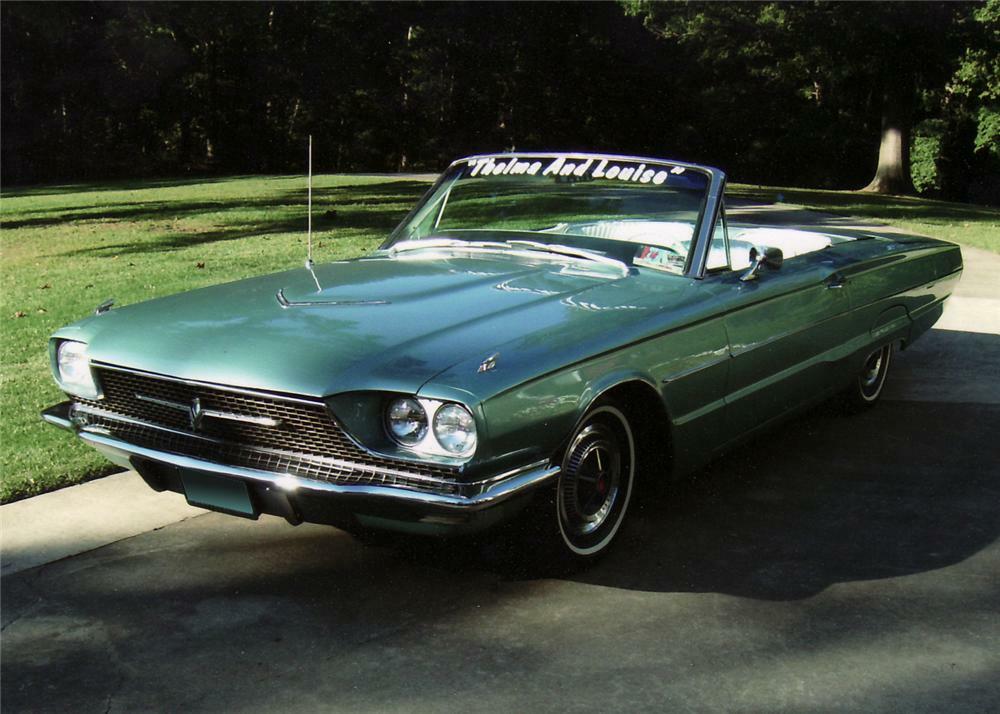 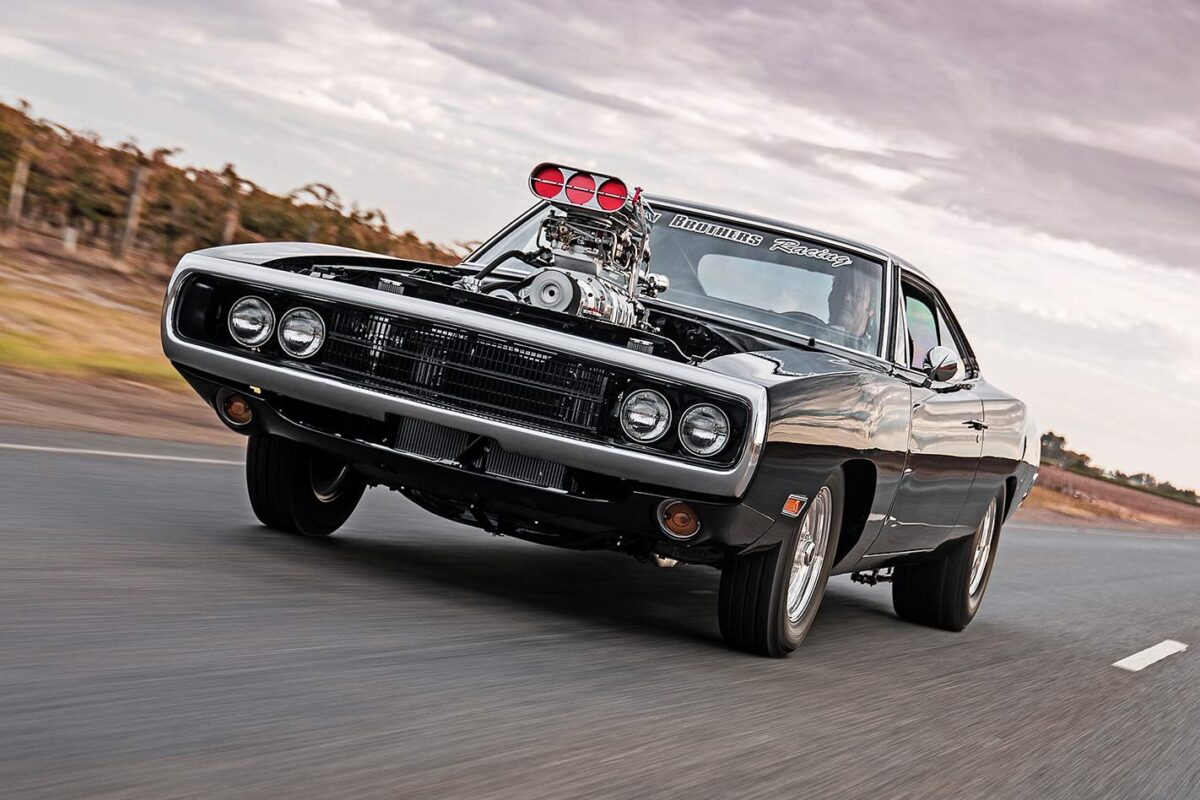 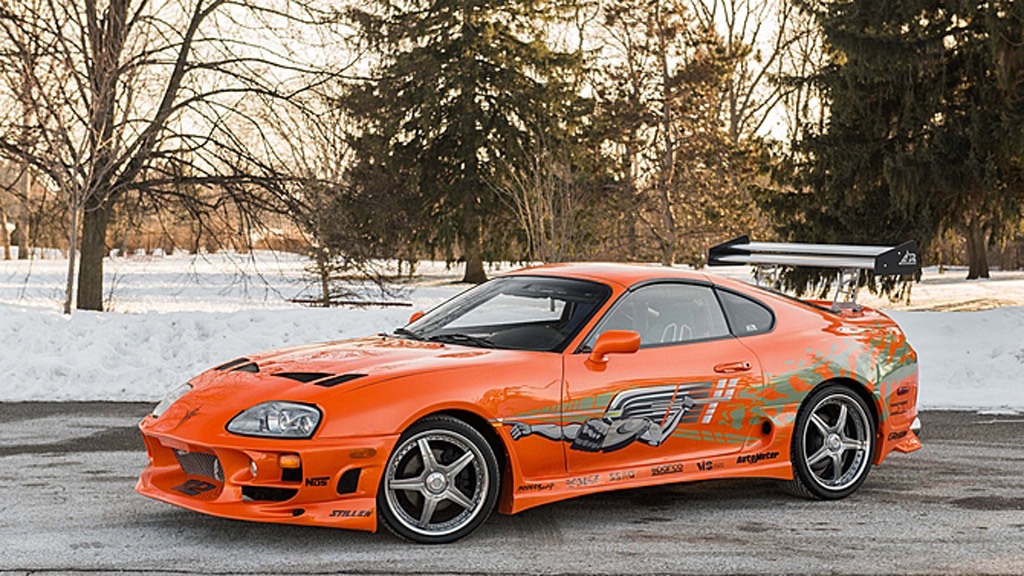 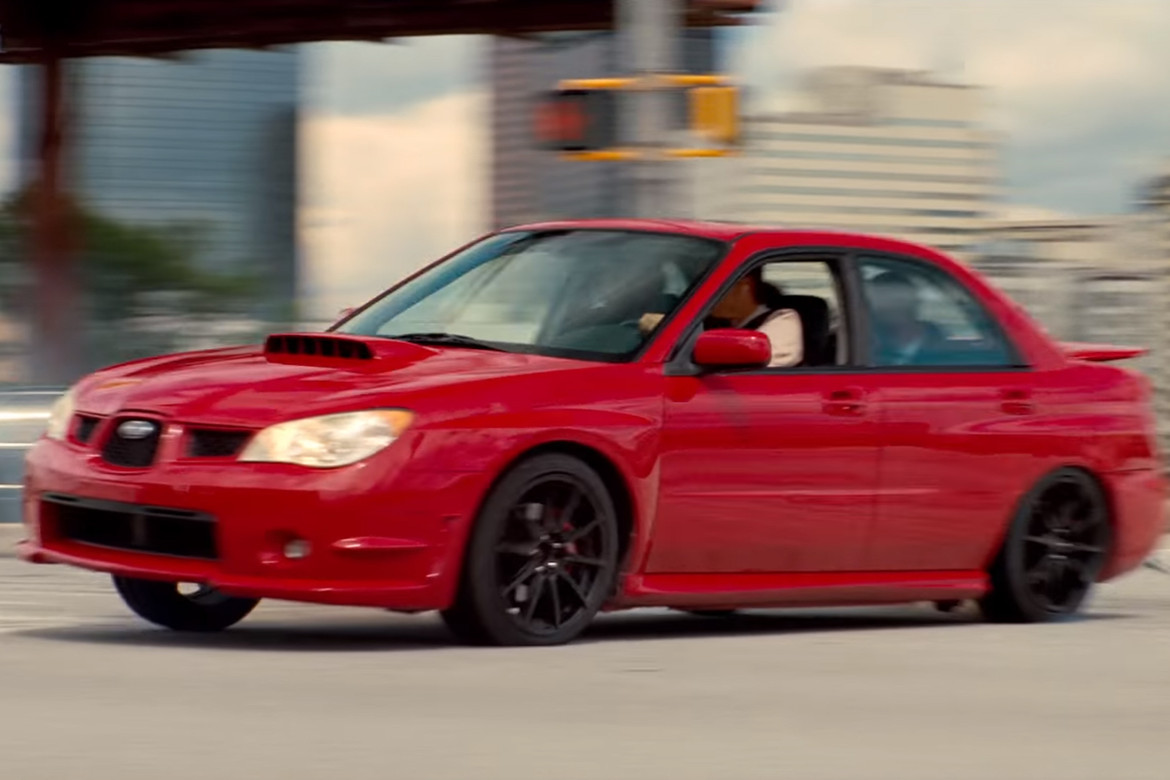 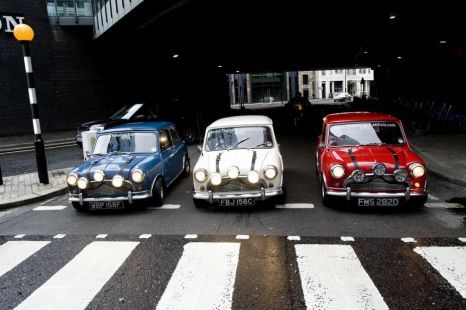 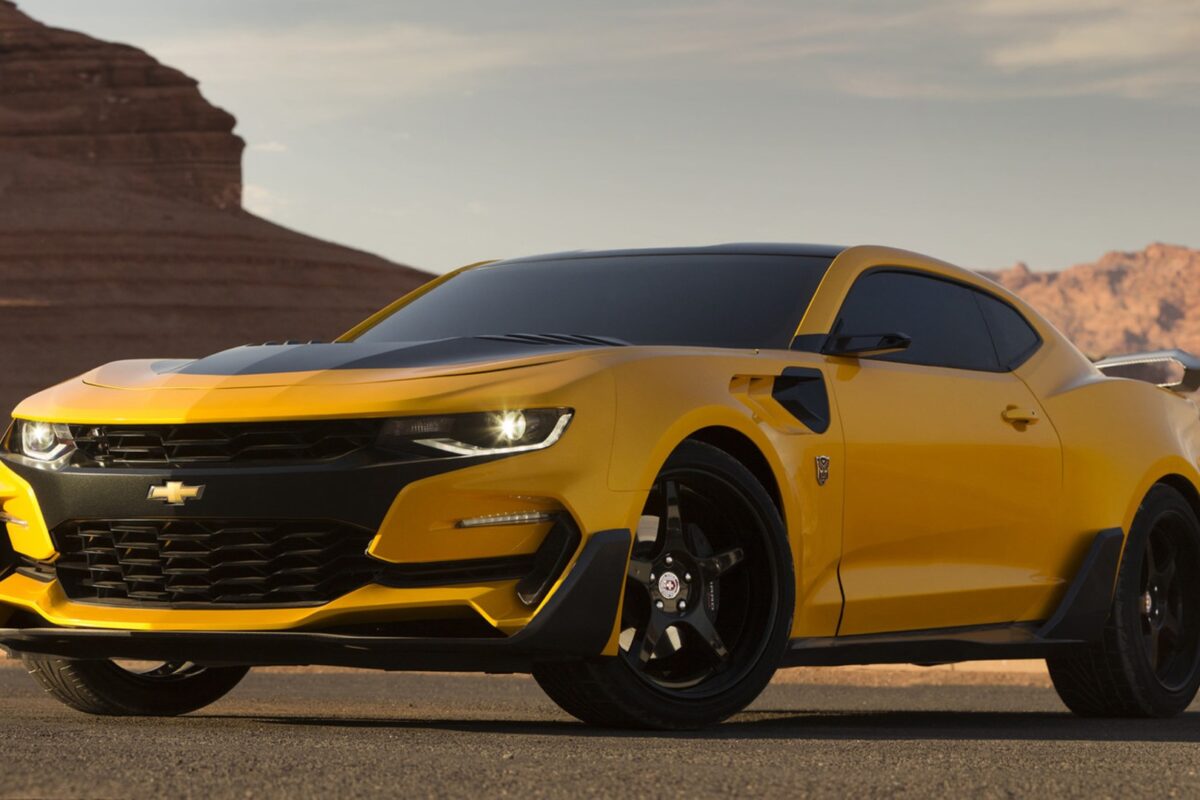 This is my fathers dream car, growing up in Belfast where the cars were assembled, he would often see them driving down the road. The DeLorean isn’t as beautiful as a Ferrari, but its hard, rigid shell is a representation of his sleek fantasy vision of the future. The car was designed by Giorgetto Giugiaro and stood out for its gull-wing doors and brushed stainless-steel outer body panels, as well as an innovative fiberglass body structure with a steel backbone chassis. Apparently the engine was replaced with a V-8 from the Porsche 928. Regardless of the cool futuristic design, and becoming one of the most famous 80s movie cars, the DeLorean itself didn’t do too hot on the market. The DMC DeLorean (often referred to simply as the “DeLorean”, as it was the only model ever produced by the company) is a sports car manufactured by John DeLorean’s DeLorean Motor Company (DMC) for the American market from 1981 to 1983.

This one could potentially be the most famous movie car of all time, mainly for its special features. Machine guns, oil-slick sprayer, ejector seats, and an incredible foreshadow to the modern navigation system, Bond’s car boasted a map screen feature back in the ’60s. This is a legacy car in Hollywood and one of the Astons used recently sold for about 4.6 million. James Bond’s cars become famous the moment they appear on screen, but none has garnered more attention than the machine-gun-equipped Aston Martin DB5 that first debuted in Goldfinger. The original movie car sold at auction in 2010 for a staggering $4.6 million.

We love a classic VW Beetle, even people who couldn’t care less about cars love the bug. And part of that is because of the original Love Bug. The Volkswagen Beetle—officially the Volkswagen Type 1. The bug is a two-door, rear-engine economy car, intended for five occupants (later, Beetles were restricted to four people in some countries), that was manufactured and marketed by German automaker Volkswagen (VW) from 1938 until 2003.

I love this movie! If you’re going to skip school and wonder around Chicago, there’s no better car than a 1961 Ferrari 250 GT California Spyder. Funnily enough, the original script called for a Mercedes AMG. If you have the means, we highly recommend picking one up. The “Ferrari” wasn’t a Ferrari at all. It was instead a 1985 Modena GT Spyder California, Modena founders Mark Goyette and Neil Glassmoyer had created a replica of the Ferrari 250 GT . There was actually three cars used in the movie — one for the majority of the movie, a second when the car rolls out of the garage, and a third for other scenes.

The Chevrolet Camaro has been an integral part of the Transformers series from the very beginning. It’s also responsible for the fact that people now refer to any yellow and black Camaro as Bumblebee. Other than the car being Bumblebee, the 2010 Chevrolet Camaro is an icon in its own right in the petrolhead world.

6. Mini Cooper from The Italian Job

The original 1969 film is arguably better than the 2003 remake. The original Mini could squeeze into gaps where the new one wouldn’t stand a chance, making for a truly zany chase scene. Approximately sixteen Cooper S’s were used during filming. The Cooper’s that were thrown out of the coach were in fact regular Mini’s dressed up like Coopers. The cars featured in The Italian Job were three Mk1 Austin Mini Cooper S’s, in red, white and blue of course.

Baby Driver may be a recent movie, but there’s no doubt people will recognize the car, petrolheads have been awaiting the release of this film for many months. A Subaru WRX painted in red with black wheels was the star of the awesome opening scene, and featured heavily in advertising leading up to the movie’s release. The Subaru WRX has been around since the early 1990’s but the version used in the film is a stock 2006 STI. It is a car that found popularity thanks to a rivalry with Mitsubishi on the World Rally Championship tracks.

8. Toyota Supra from The Fast and the Furious

Back in 2001, we had no idea The Fast and the Furious would spawn nine sequels. Aside from Dominic Toretto’s 1970 Dodge Charger, few cars in the “F&F” series have the magnetic personality of Brian O’Conner’s Mk IV Toyota Supra. The Supra belonged to technical director for “The Fast and the Furious,” Craig Lieberman. We’ll always remember that one race between Brian O’Conner’s Supra and Dom Toretto’s Charger.

9. 1970 Dodge Charger from The Fast and the Furious

Dominic Toretto’s 1970 Dodge Charger is one of the most iconic cars in the Fast and Furious franchise. Because 1968-’70 Chargers have, for the last 40 years, been Hollywood’s favourite cars to wreck, they’ve become both rare and expensive. While it does some fantastical things on screen (like a wheelstand and burnout at the same time), people still loved it. The ’69 version of this car was first popularized by the General Lee from The Dukes of Hazzard.

The Thunderbird appeared in the renowned movie Thelma and Louise, the Thunderbird was chosen for practicality. Convertibles are a popular choice for movies as it’s easy to shoot the actors, and while the Thunderbird is the classic cruising car – perfect for a road trip, it also provides a back seat, allowing Thelma and Louise to travel with other characters like J.D, the thief. A total of 5 cars were used in the movie: one “hero” car used for exterior shots, one camera car, two stunt cars and a back-up car. The original cut of the final scene shows the car’s entire plummet, crashing into the Colorado River.

What is your favourite car from a movie? Have we missed any iconic cars out?

2 comments on "Top 10 most iconic cars from the movies"