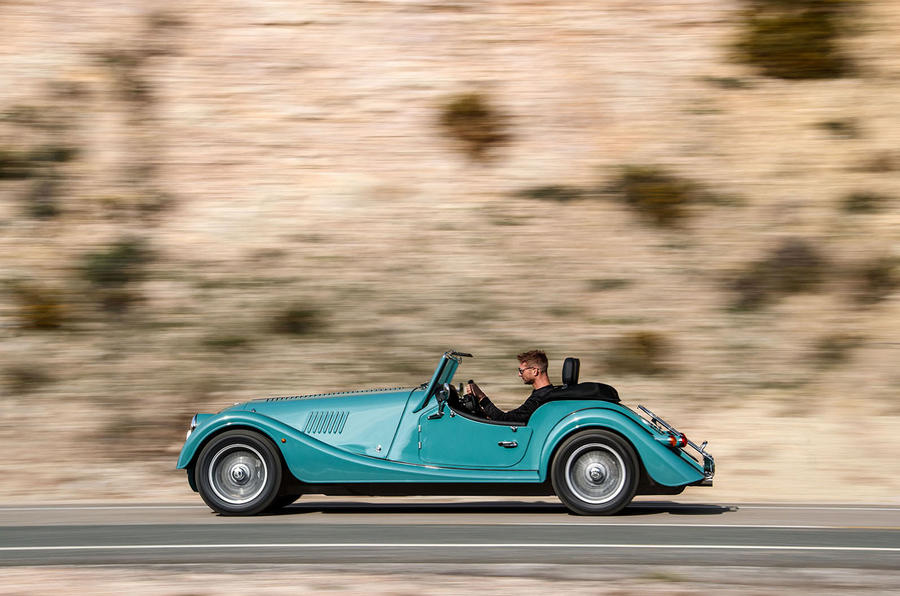 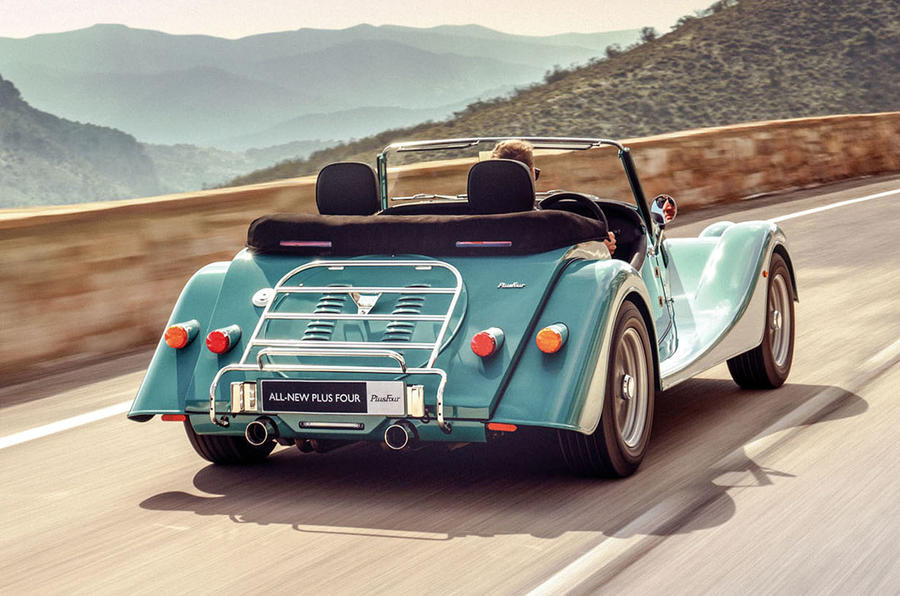 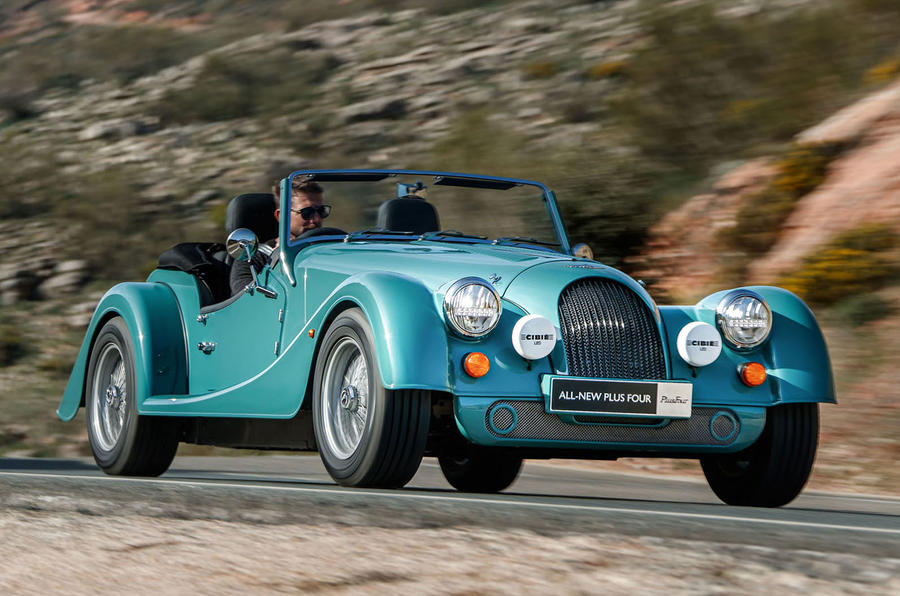 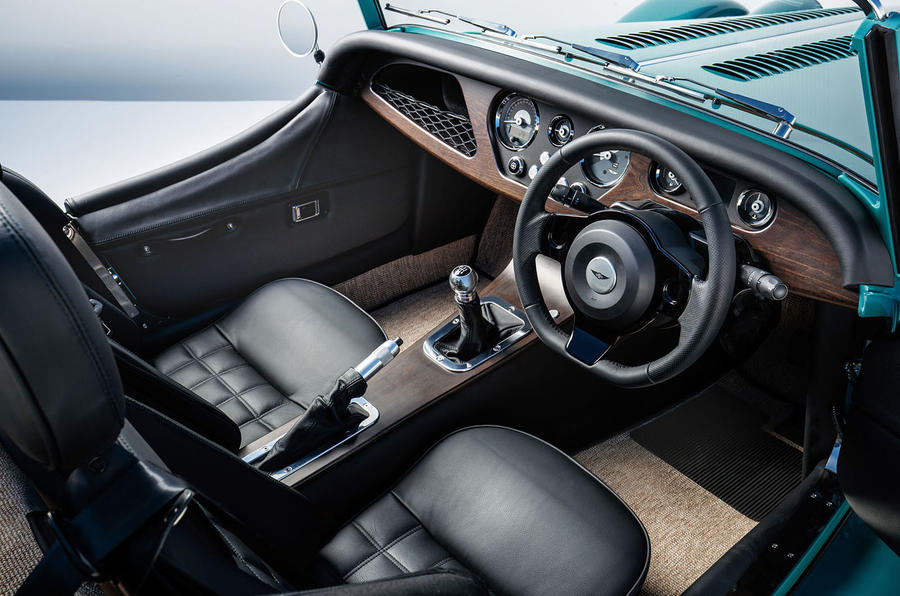 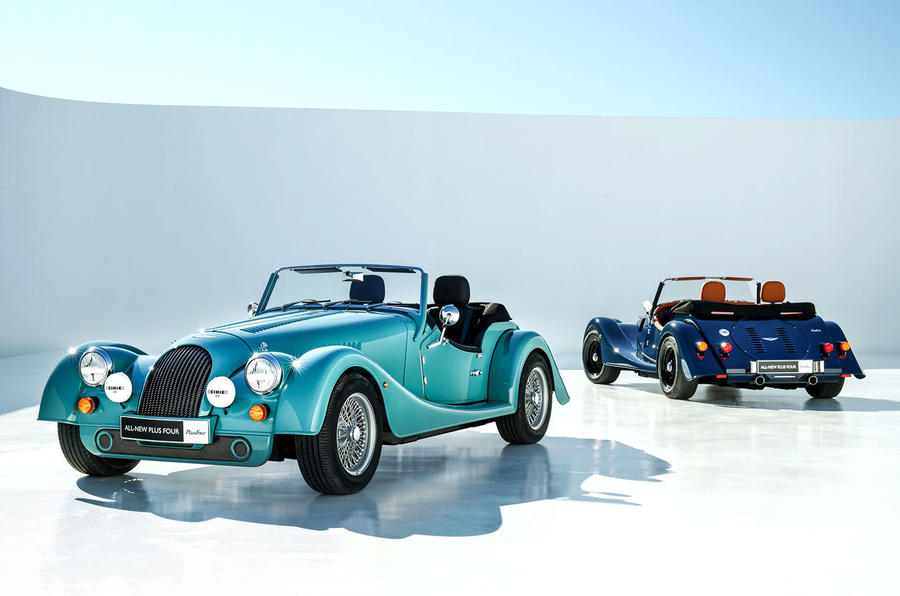 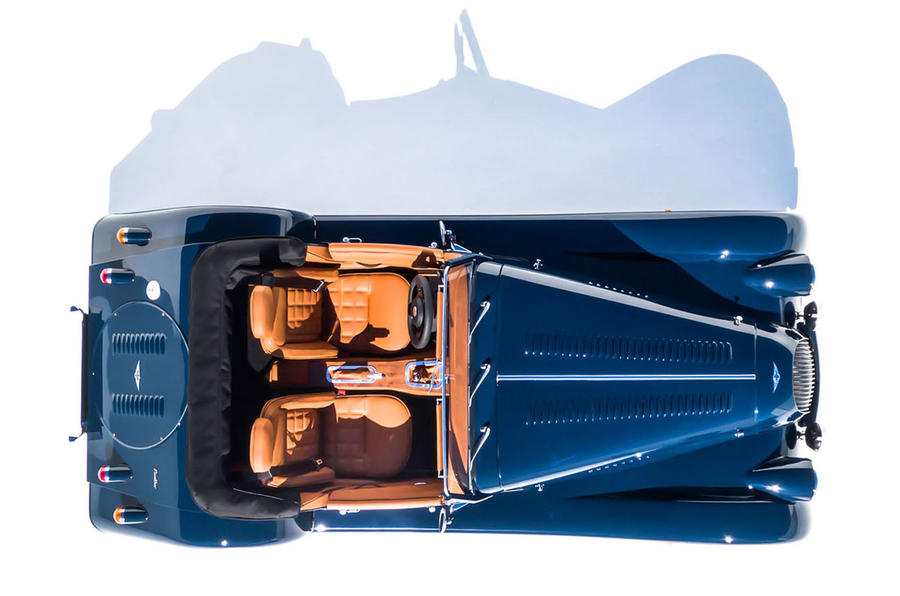 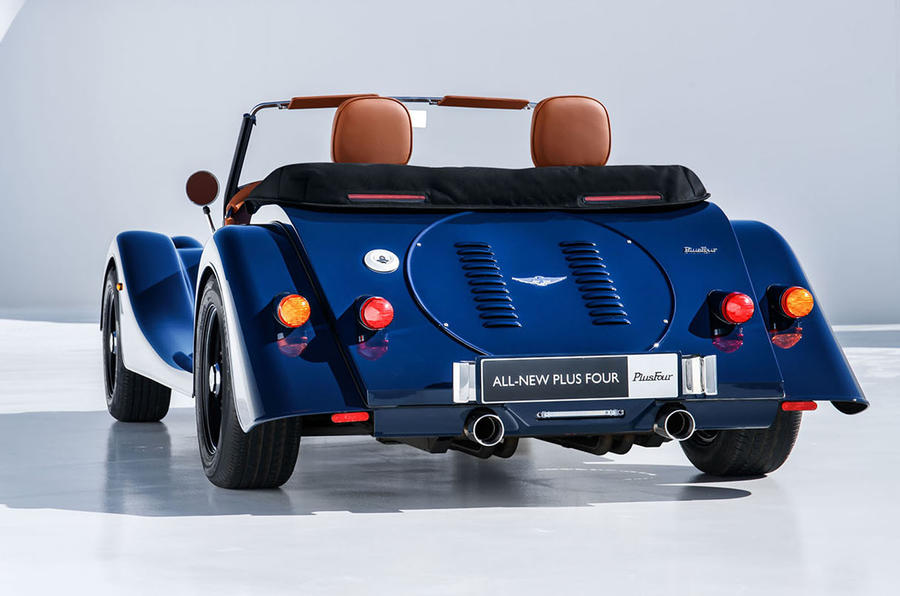 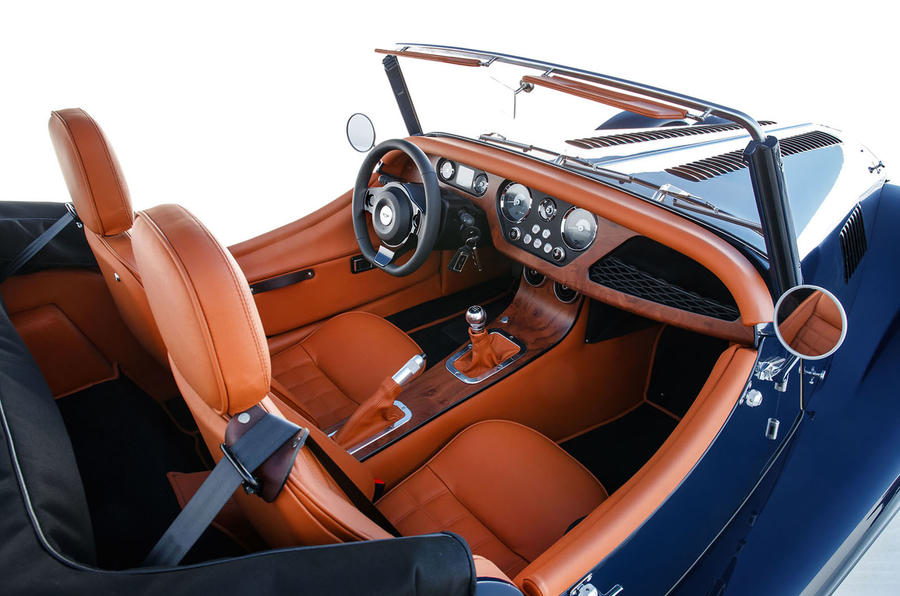 Morgan has unveiled a completely revised Plus Four, the second of its new generation of BMW-powered models to use the all-new CX bonded aluminium platform pioneered last year. If you’re a keen follower of Morgan, you might recognise this template from the Plus Six that was launched last year as a replacement for the Plus 8. Well, this is the new Plus Four, a replacement for the Plus 4 (the number 4 has been replaced by the word four for this model) and 97% brand new. Ok, so its the same basic CX-Generation aluminium chassis as seen in the Six. But, there are lots of differences between Plus Six and Plus Four. For example, the latter has different corner packaging to allow for smaller wire wheels, and is 78mm narrower overall. The 97kg chassis is bonded aluminium, with the bodywork supported by an ash frame. Suspension is by double wishbones all round. However, the most significant difference between the two models is the engine.

The Plus Four model packs 255bhp from a turbocharged four-cylinder motor shared with the BMW Z4. It’s also the first aluminium-based Morgan to be offered with a six-speed manual option, and will arrive on the market priced from £62,995. The new Plus Four’s pricing represents a considerable hike over the entry level for the outgoing steel-chassis models (which have been rushed by traditionalists; only about 20 cars are left) but Morgan points out that the new car is 65% more powerful than the outgoing Plus 4, and much more capable on the road,

The car still incorporates the usual Morgan high degree of hand manufacture: it has many hand-beaten aluminium panels (though not the wings, which are Superformed) and these are supported by a hand-crafted ash body frame, plus a hand-trimmed leather interior. One notable achievement is the way the the new double wishbone suspension is adapted to low-offset 15-inch wire wheels, a difficult engineering challenge properly regarded by Morgan engineers as a must for the new Plus Four. Silver-painted wires are standard equipment, but elegant alloys are also available.

The Plus Four weighs a modest 1009kg at the kerb (around 66kg less than its six-cylinder relative) so performance is in the same impressive class as the outgoing V6 Roadster: The auto can run a 0-60mph sprint in just 4.8 seconds (0.4 faster than the manual) with both versions turning a a top speed of 149mph.

The Plus Four has seen an abundance of changes from the all-new, much more rigid chassis, to the all-independent double suspension and much improved steering — all of which bring the car an entirely new level of dynamic capability on modern roads.

What do you think of the new Plus Four? Do you think its worth the money?

A Look Ahead to the Concours of Elegance 2022, its 10th Anniversary