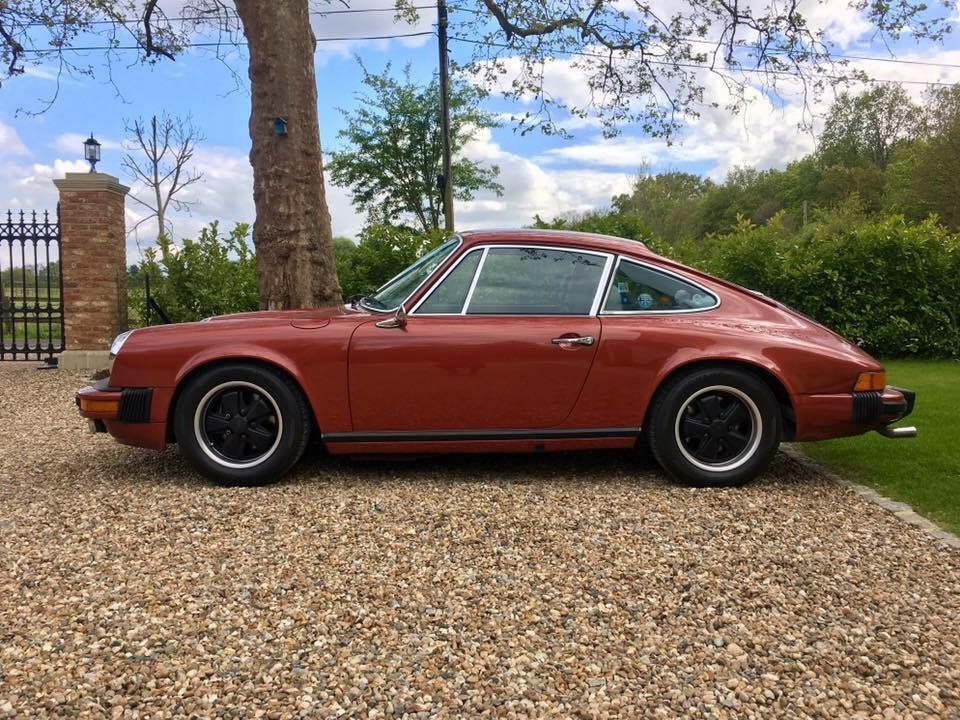 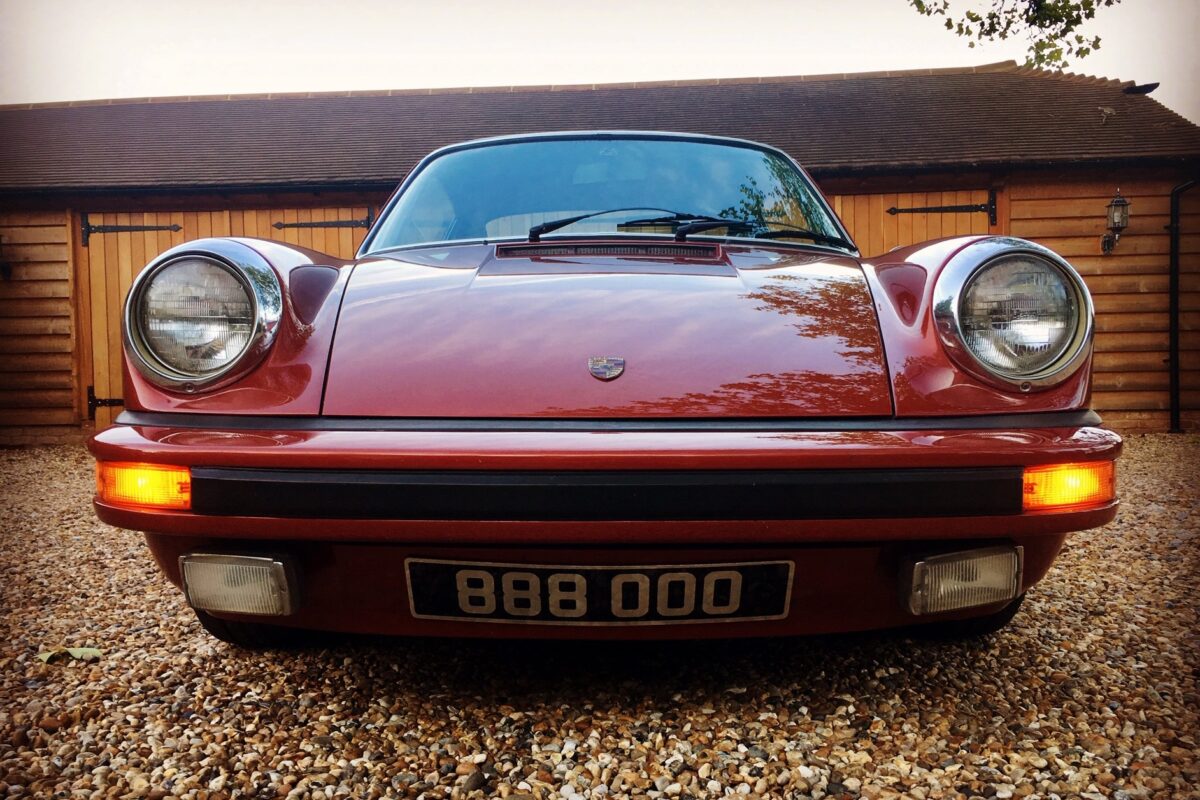 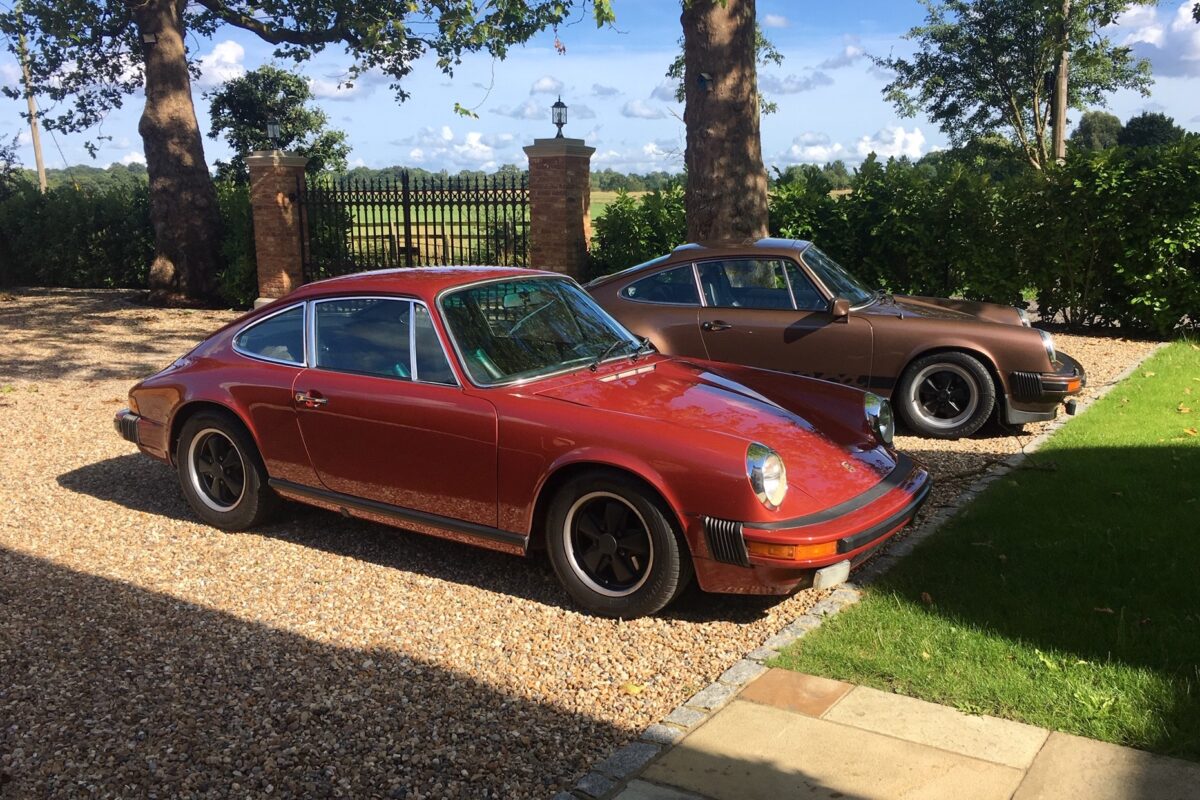 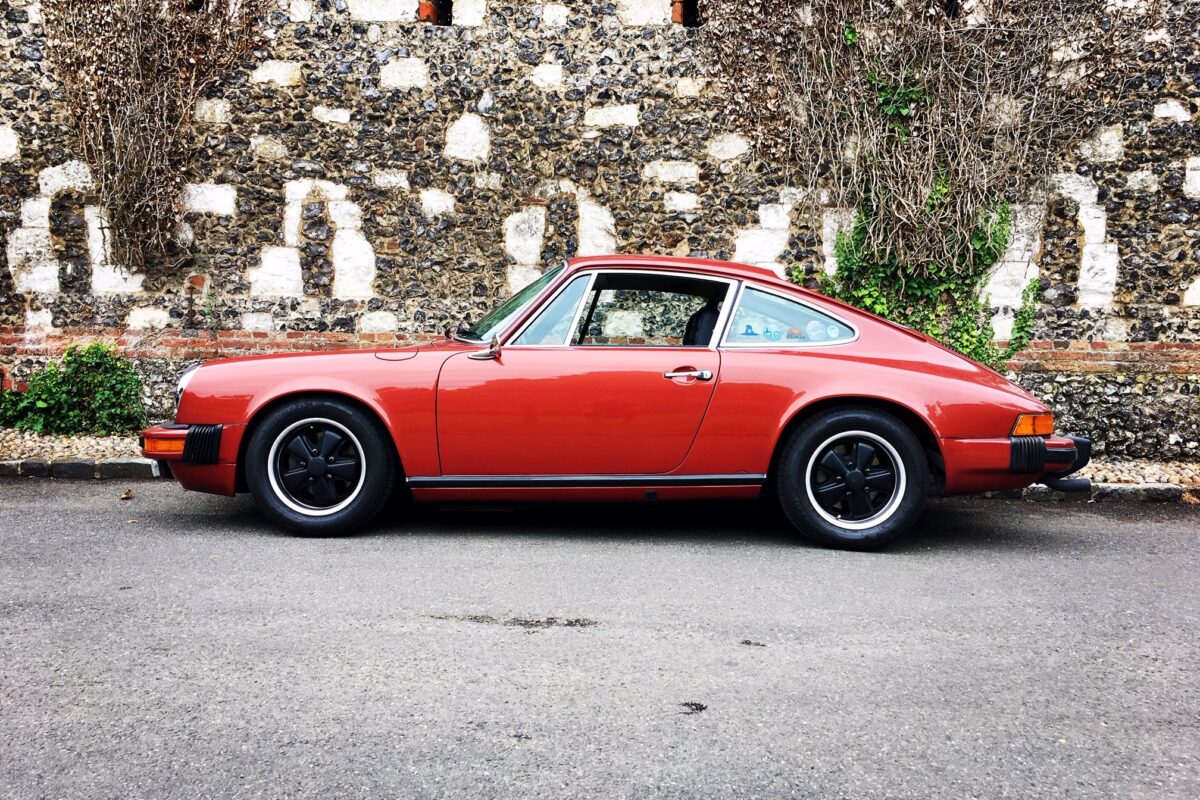 We all know that in life the underdogs rarely get noticed, this is why Classic & Sportscar gathered a trio of four-pot Porsches for this month’s cover story, celebrating them for the brilliant sports cars they truly are. Their writer, Jack Phillips, sat down with the owners of a 912E, 912 and 914 to find out more about these cars. Our friend, Ian Lindsay-Watson was involved in the C&SC shoot, and you know us, we had over 100 burning questions to ask him. However, we whittled these down to just 20 of the best, we sat down with Ian to find out how the shoot went and exactly what shooting with this magazine was like?

I bought it in December 2016, a few weeks before Christmas. Funnily enough, when I went to view it – with every intention of driving it home that day if I liked it – I saw a 911 Carrera 3.0 parked next to it and decided I had to have that too! I drove the 912E back that day and a couple of months later, went back for the Carrera.

There are three main ones really. The 912 is older, has an engine from a Porsche-VW collaboration (the 912e engine is 100% VW) and the fundamental one is that the E in 912E stands for Einspritzung, meaning fuel injected. The 912 engine has a traditional carburettor-based lump. In addition, the E has a partly galvanised chassis, so generally rots less. The 912E is based on the 930 chassis designation, which is the successor to the original 901/ 902/ 911 shape.

What year is your car?

Where did you find it/get it from?

From a trader in Folkestone. He imported tens of cars a year to the UK, mainly Porsches and from the States, although he got my 911 from Norway, albeit a UK right-hand-drive car. He got my 912E from Kansas. I considered three in total, but the one I chose won the race by miles.

Have you always had a passion for classic cars?

Not at all! Roughly seven years ago I put a post on Facebook about a 60s Fiat 500 I had seen that day. The post said “I must get one of these in the future” and in June 2016, I indeed got one. People loved it so much – and still do – and I realised there were lots of other beautiful classics out there. That said, I don’t really pay much attention to the ‘scene’, I just like what I like, not so much to view static displays. My love of the G series 911/ 912E came from the Nordic crime drama, The Bridge.

They were a little over $10,500 new in the US, so around £8k at modern exchange rates. I paid £23,000, but it has had thousands spent since on a respray (back to original, it was sunblistered in many places), a gearbox rebuild, new heat exchangers, mats, Momo steering wheel, nicer wing mirror and wheels, a new indicator stalk and more.

Almost nothing! I do most of it myself as it’s just oil, plugs, filters and other simple bits as and when needed. I probably do an average of 3,000 miles a year in it, so it’s not needed as regularly as some. I hope to take it to Sweden this summer for a trip though.

I can’t remember what its annual rate was when I first got it, but for the past three years, it’s been free as it’s officially a classic vehicle and the DVLA is kind in some ways!

Quite a lot! I wouldn’t take it out in snow or ice (with salty roads), but the car and I are not precious about rain or cold. In the summer I use it loads, in the winter I use it for a few days each month.

What was the condition of the car when you got it?

Amazing for 41-years-old then! Sunblistered (as mentioned) and needing nothing other than a decent service really, including plugs, leads and few other bits. When the car was taken back to bare metal for respray, there was only one patch of rust less than the size of a 5p piece and it was only on the surface! A sanding and coating and it was sorted in about two minutes. Incredible what a warm & dry climate can do for an old car!

What work have you done on the car? And costs?

As above, but in more detail:

Why this Porsche rather than another manufacturer or model?

Purely because of loving the shape on The Bridge! I fell in love with it instantly on TV, albeit a 911S. It was the shape, not the engine so I wasn’t really bothered if it would be a 911 or a 912E. When I found out how rare the 912E is, I started to look harder for one and this one caught my eye. Then I got a Carrera 3.0 anyway, so I have the baby model in the 912E and the daddy model in the 3.0! In the G series, the S model isn’t desirable like the with them earlier shape. The SC is very common; the 912E and Carrera 3.0 are the rare models

How was it shooting with Classic & Sports car?

It was great fun! Some pressure driving to keep in formation, but a huge honour and buzz to be on the Longcross proving ground in my own car! All three of our cars got a lot of attention from the drivers of the modern Audis, Seats, Mercedes and whatever else being tested on the day. We were blessed with the nicest day of the year so far weather-wise and it was almost non-stop action on the track and with the cameras.

Someone took a picture of my car in Henley-on-Thames whilst I was getting a coffee, and put it on Twitter. Then someone asked on there if anyone knew the owner, as their mate was looking for one for a feature article. I don’t use Twitter, but a friend of mine – who funnily enough I met by buying a Nissan GT-R from him – saw the tweet and contacted me. He then gave the twitter guy my details and two days later, Classic & Sports got in touch

How long did it take to shoot?

Seven hours! It was a long and tiring day of driving and being interviewed for comments.

Where did the shoot take place?

At Longcross proving ground/ test track near Chertsey, Surrey. It’s used mainly for new car testing, even by McLaren, as well as for film scenes. It’s a huge, former MOD plot where they used to test tanks and who knows what else!

You have a Porsche 911 as well, how do the two cars differ in terms of driving?

Hugely. The 912E is more stable and less harsh on the (driver’s) body, it’s a cruiser that does maybe 10.5-11 seconds 0-60. It sounds like a VW, because the engine is exactly that. It’s an easy drive and a perfect cruiser. The 911 is much more crashable! It has c.210bhp, as opposed to the 912E’s 86, yet it only weighs maybe 50kg more. It does sub 5.5 seconds to 60 every time if you want it to, it can even put the power down in the wet, in a straight line. In the bends though, it can get hairy and commands a lot more respect. The Carrera 3.0 sounds massively more powerful, but then, it is!

Well, now is the time to buy! Prices are probably 30% down on the better pre-Brexit times. Look for rust on the floor pan and in the kidney bowls, as well as in and under the wings and bonnet. You normally get absolutely none or loads! Bear in mind that rebuilds/ restorations can cost more than even imaginable. I know of an early 70s 911T that is having well over £100k spent on a restoration, just because of sentimental value. Both of mine are unmolested, unrestored, rust-free examples and that’s absolutely my preference. I also prefer left hand drive over right in Porsches, as that how they were originally designed and you sit more square on to the steering wheel. Look for big engine leaks but expect a few drips; most small ones will be easily fixed or best left alone. Crunchy gears on well-used models are common, but box rebuild are not astronomical. The biggest fraud I’ve seen going on with my shape is more than one person selling a 3.0 litre SC as a Carrera 3.0; the SC was made to the tune of 58,500 examples and the Carrera only 3,500. Do your research, check that the engine, chassis & box numbers match the certificate of authenticity if there is one and good luck!

How is the market for 911/912 at the moment and where do you see it going in the future?

Down, but it was unrealistically up before. The 912E is now worth more than a similar condition 911 SC of the same era, which is music to my ears, even if I’ll never sell mine. I can only see it going up again, whenever that may happen, as these cars get rarer and modern cars get more similar and dull. With Porsches, for me they should all be aircooled, not water, so 1994ish or before. Rare models like the 1973 RS or a 911 RSR are just crazy money nowadays, some fetching in the millions. The G series has always been the entry level aircooled model, but is getting more desirable by the day, especially the 930 turbo or Carrera 3.0. To look at, the 930 turbo is one of my favourite cars now, but it’s not as driveable as the Carrera. 964 and 993 turbos are also right UK there in my estimations!

Are you a classic car enthusiast?

Not generally, no, but I love many things that were current in my childhood. Car-wise, old Porsches, Volvos and Fiats are top of my list, plus Ferraris. I don’t really do classic shows, other than Stanford Hall VW in May, which will likely be cancelled this year.

What would your dream car be?

Murcielago LP-640 in bright green, but I wouldn’t trust it to run all the time, so I’m happy with the small fleet of my own. Oh and I absolutely love anything Koenigsegg!

One thought on "Cars In The Spotlight: Porsche 912E"