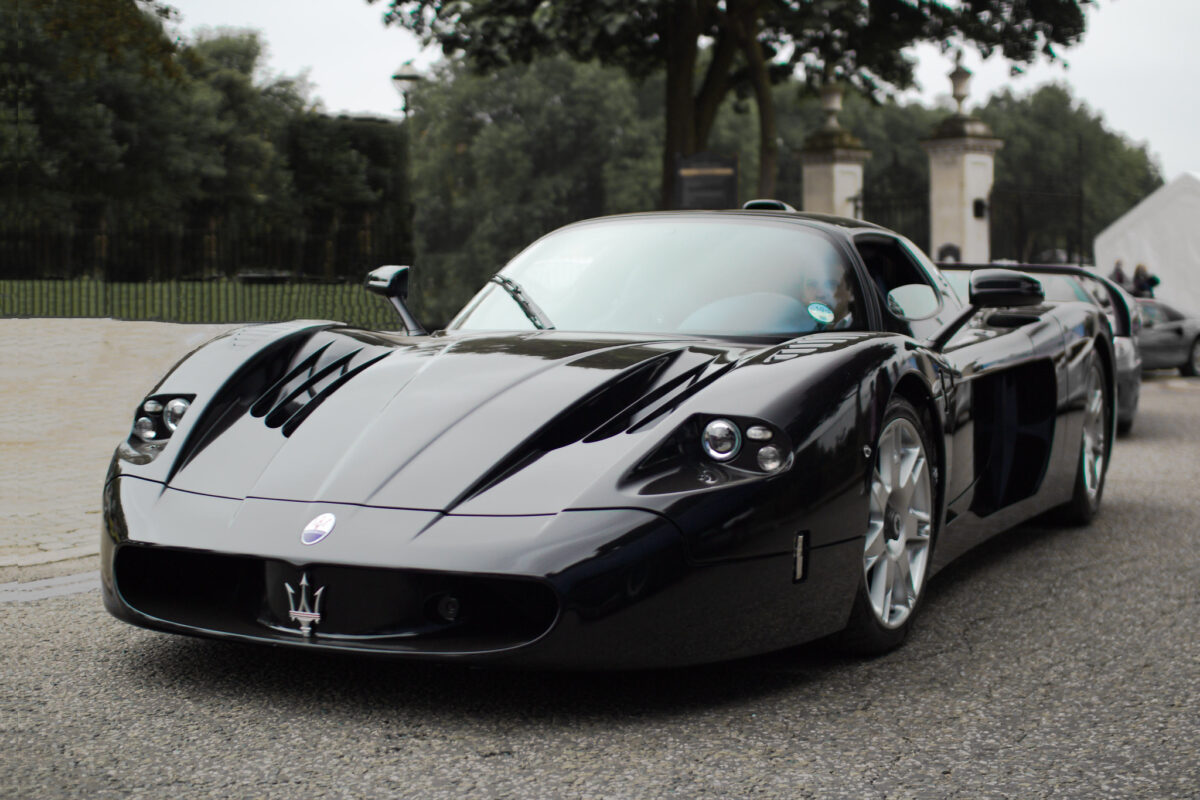 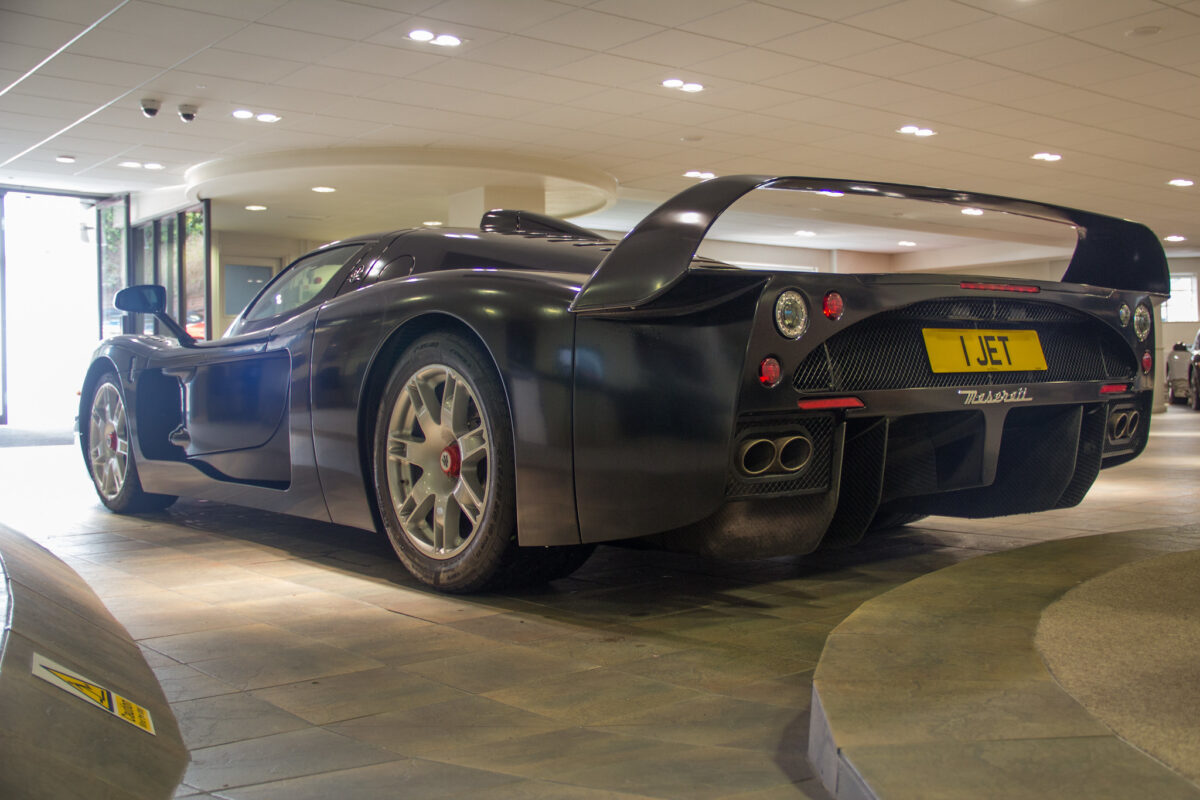 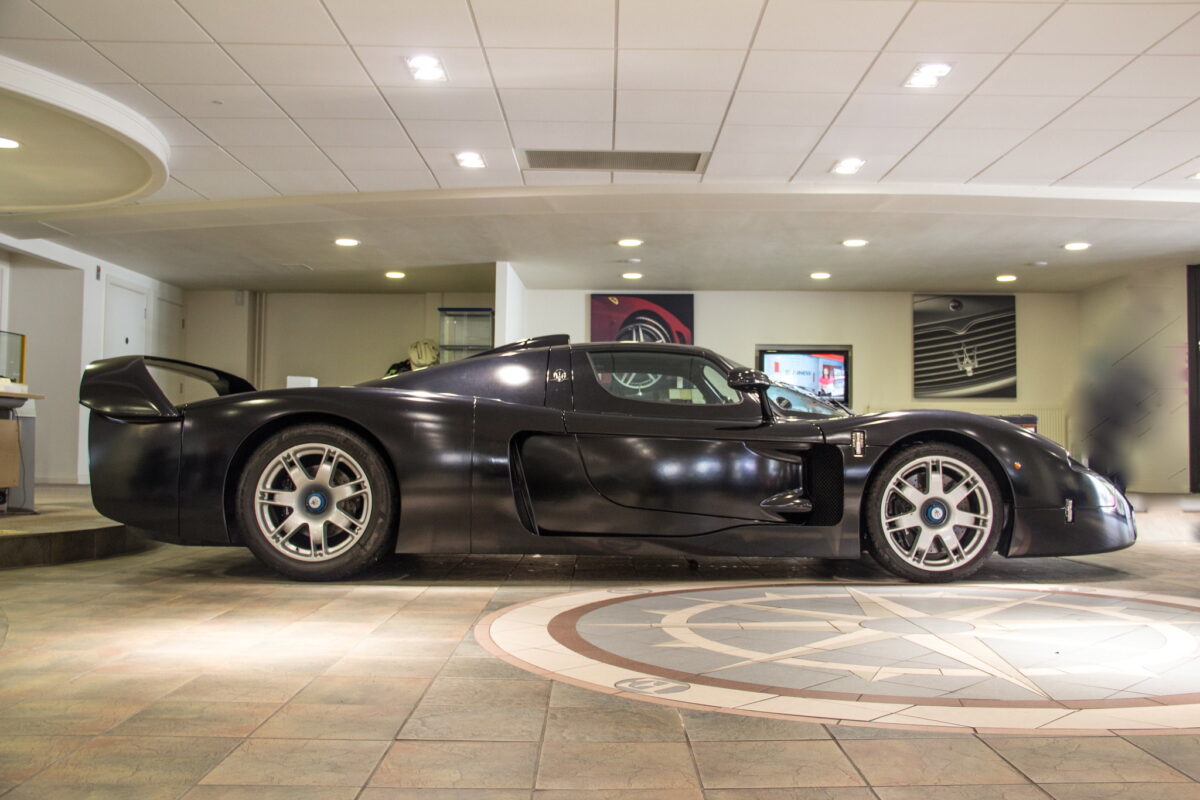 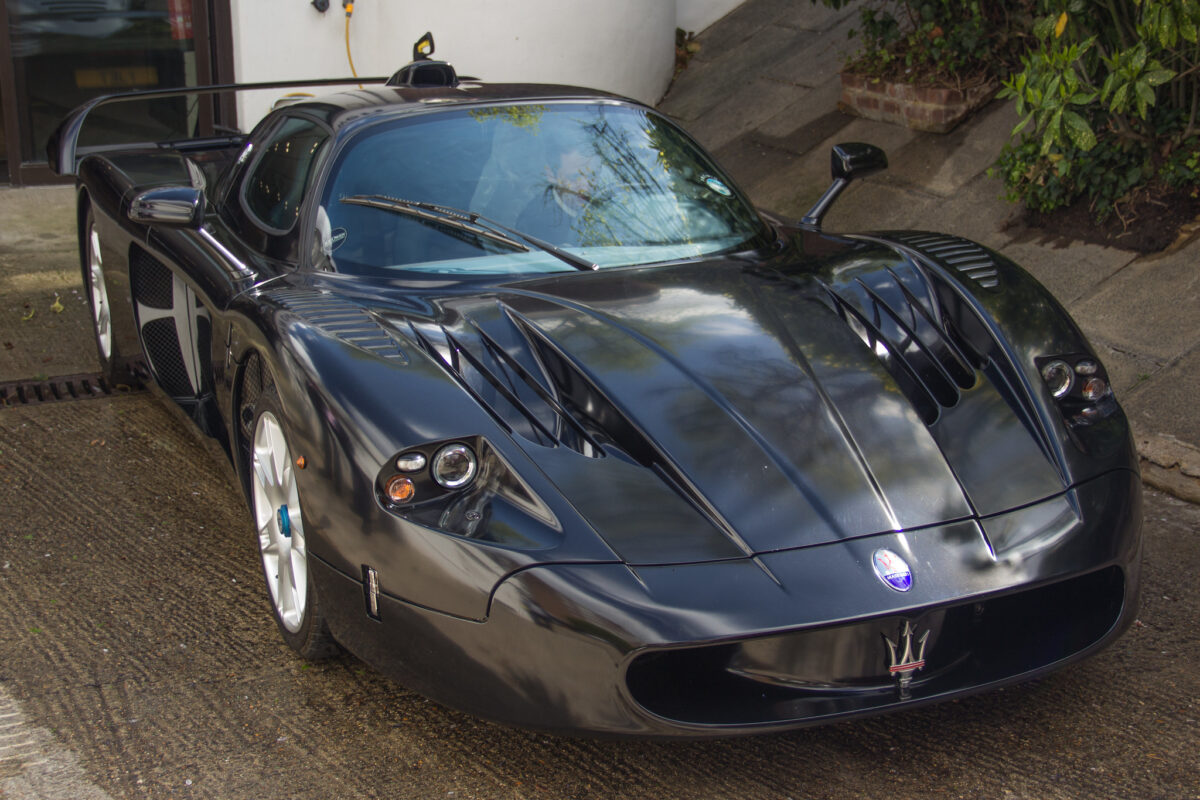 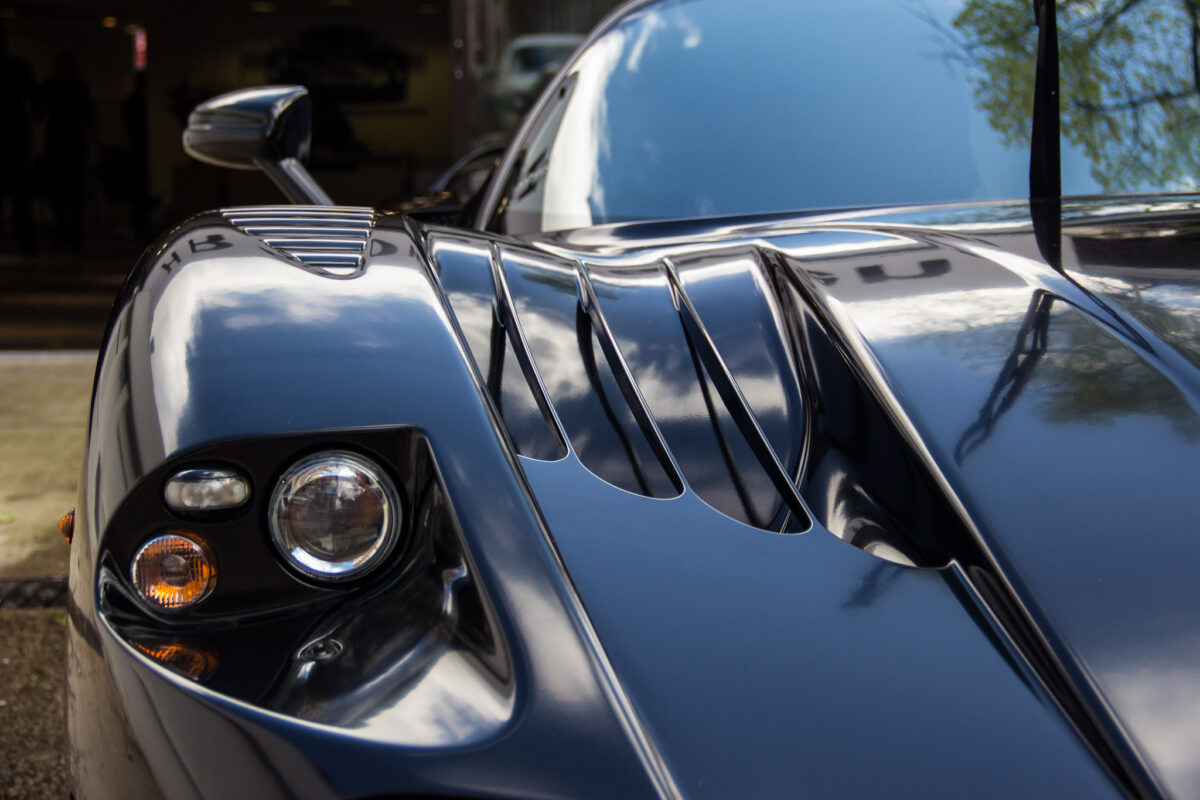 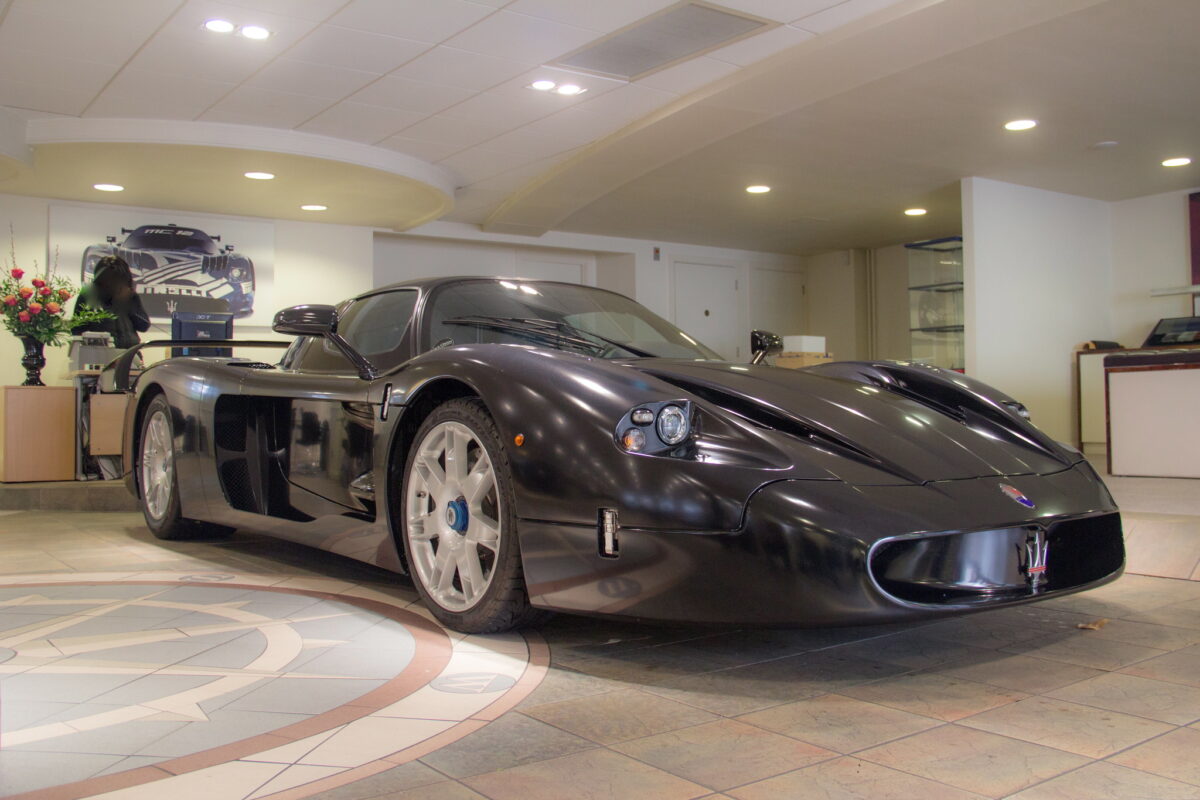 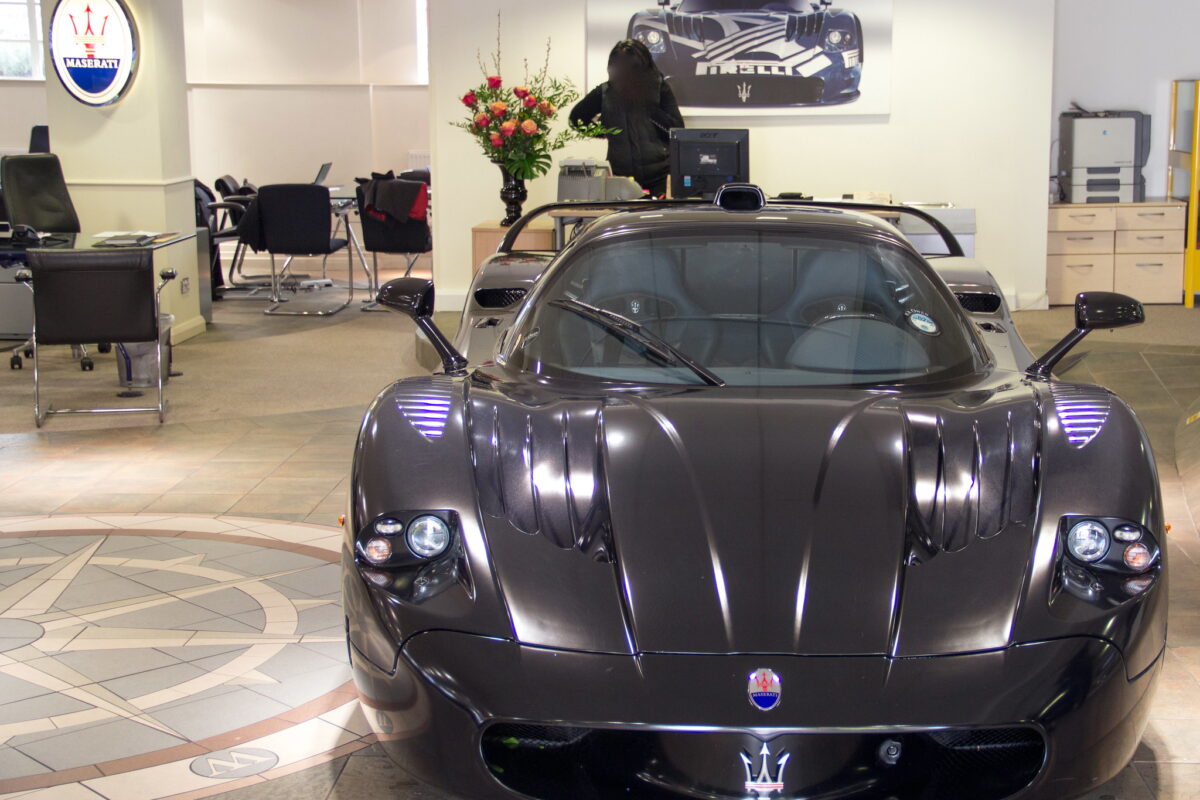 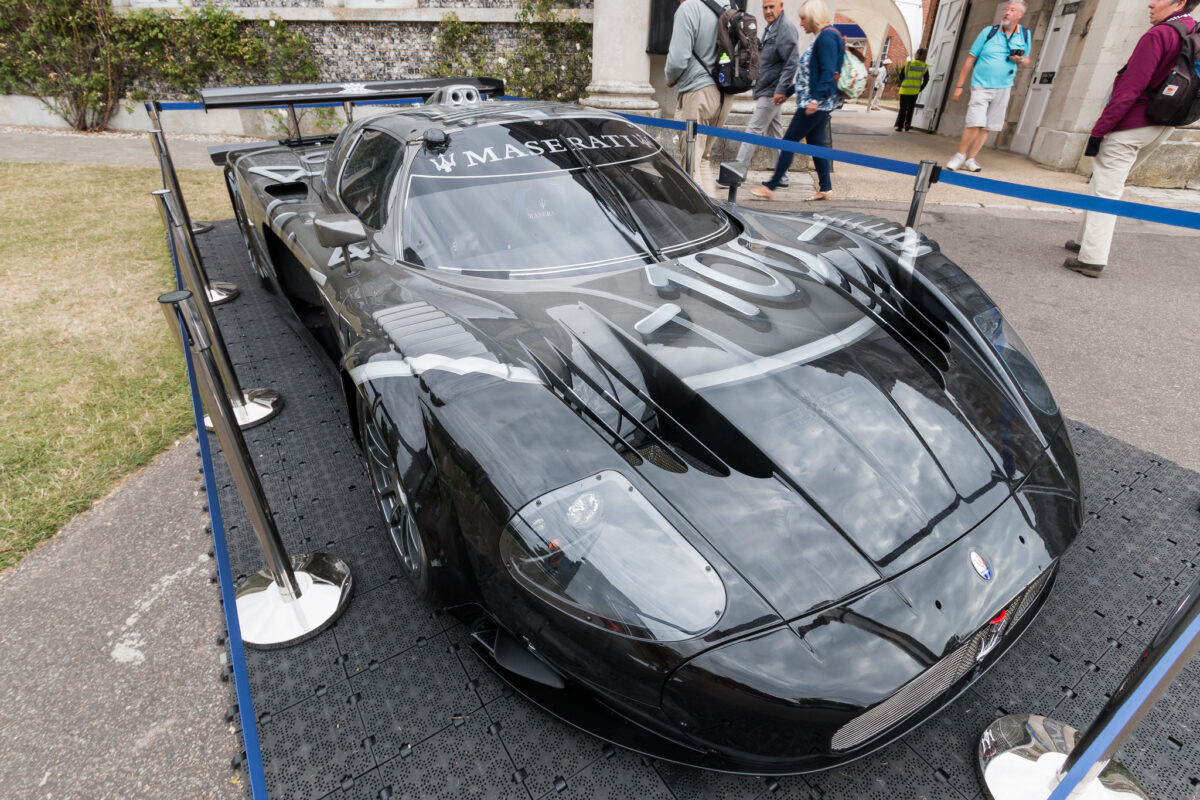 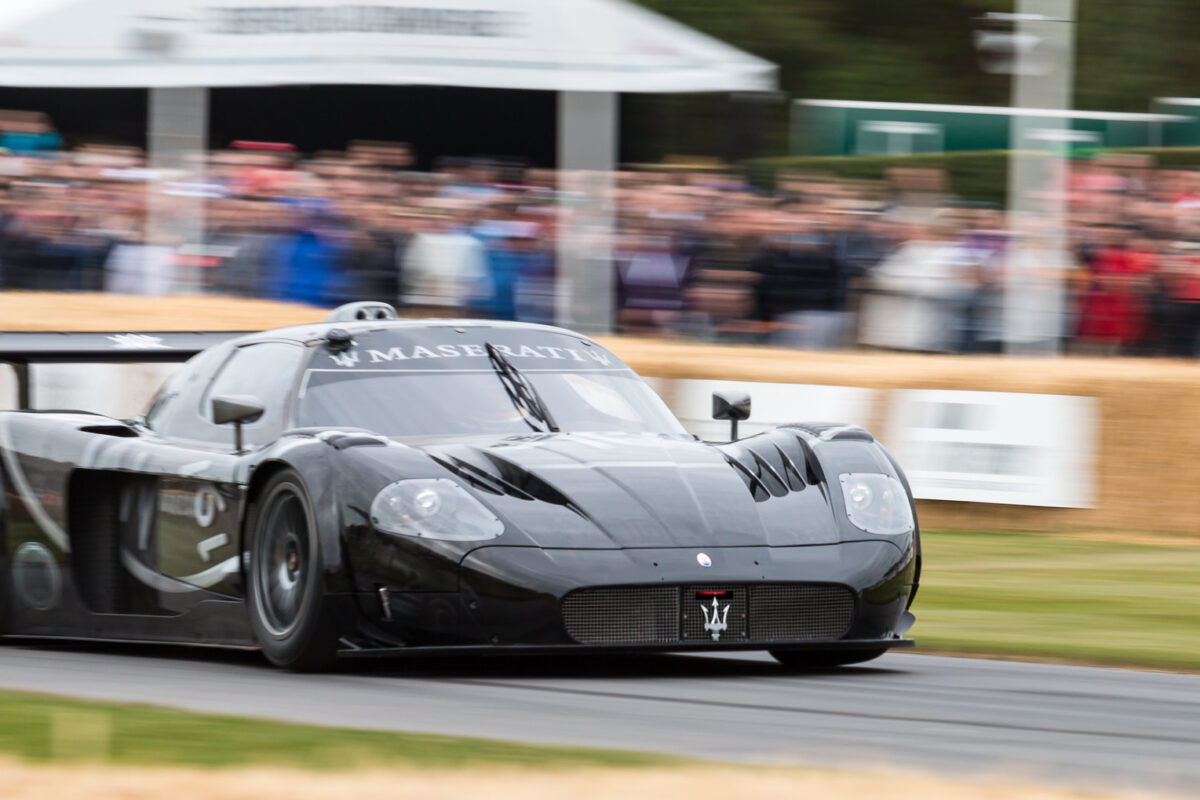 As the motoring world anticipates a long overdue new model from Maserati – the MC20 – we take a look back fifteen years to the last mid-engined supercar to come out of the factory in Modena, the awesome Maserati MC12.

Let’s get one thing out of the way first, is it just a dressed up Enzo Ferrari? Well, yes it has the same chassis, V12 engine and gearbox but the carbon-fibre body design is pure Maserati and is wider, longer and slightly taller than the Enzo – in fact the only shared component visible from the outside is the windscreen.

The MC12 came about through Maserati’s desire to return to racing after nearly 40 years and compete in the FIA GT series, for which a minimum of 25 road cars had to be built for homologation purposes. All pre-sold to selected customers, Maserati built 50 road-going variants and a further 12 for recreational track use.

The road car was criticised for its lack of comfort, rear view and neither having a radio nor even somewhere to fit one. Its performance was also, understandably, compared to the Enzo and on paper was found slightly lacking with less power (621bhp vs 651bhp), slower acceleration to 60mph (3.7s vs 3.14s) and a lower top speed (205mph vs 221mph).

In track testing however, the combination of the downforce created by the MC12’s long body, rear spoiler and flat undersides and the Pirelli rubber rather than the Enzo’s Bridgestone tyres saw the Maserati consistently pip the Ferrari in lap times. A squeaky tenth of a second around Top Gear’s Dunsfold track and a whole second on the Nordschleife.

In competition, the MC12 GT1 cars also proved their racing capabilities and won the 2005 FIA GT Manufacturer’s Cup in only their second year in the series; destroying the field with nearly double the amount of points as the second place constructor – parent company Ferrari. During the five years of participation the MC12 took 40 wins from 94 races and won six team championships, six driver’s titles and were two-time champion constructors.

Whilst the Enzo Ferrari is not exactly common, only 400 were built and around 34 are believed to be in the UK, you do see them fairly often at car shows and Concours but the MC12 is a comparative rarity. According to one website, UK registrations of the Maserati supercar have gone from a peak of four down to just one at the last count.

My overriding memory of seeing an MC12 was at the 2014 Goodwood Festival of Speed where Maserati celebrated their centenary by entering a special-liveried MC12 GT1 into the hill climb shoot out. Race driver Michael Bartels – a three time FIA GT champion in the MC12 – looked really strong and held the fastest time up the hill all weekend but was beaten on the last run by Sébastien Loeb in his Peugeot 208 Pikes Peak special.

Once again with their new MC20 super sports car, Maserati have started with a platform from elsewhere in the FCA Group – this time a modified Alfa Romeo 4C. Power will come from a mid-mounted V6 but hybrid and pure EV propulsion will follow. Time will tell whether the new junior supercar will win the accolades and trophies of its mighty predecessor.