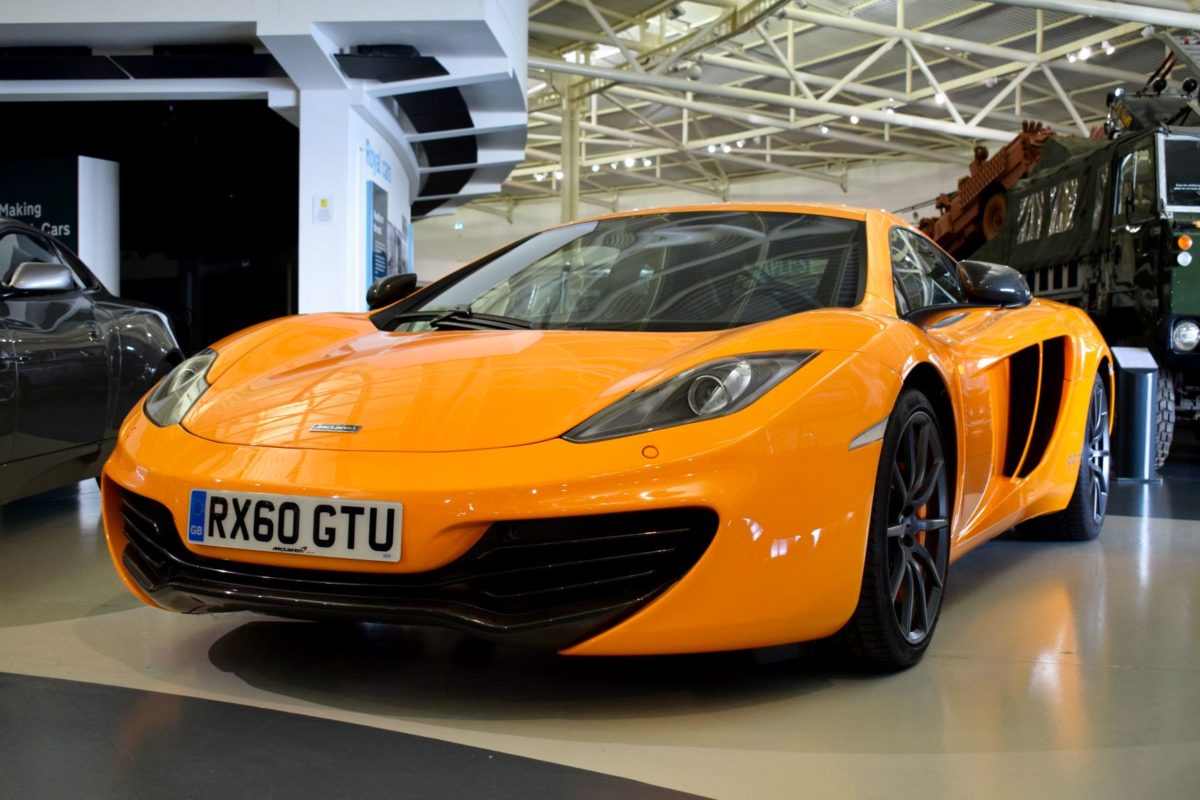 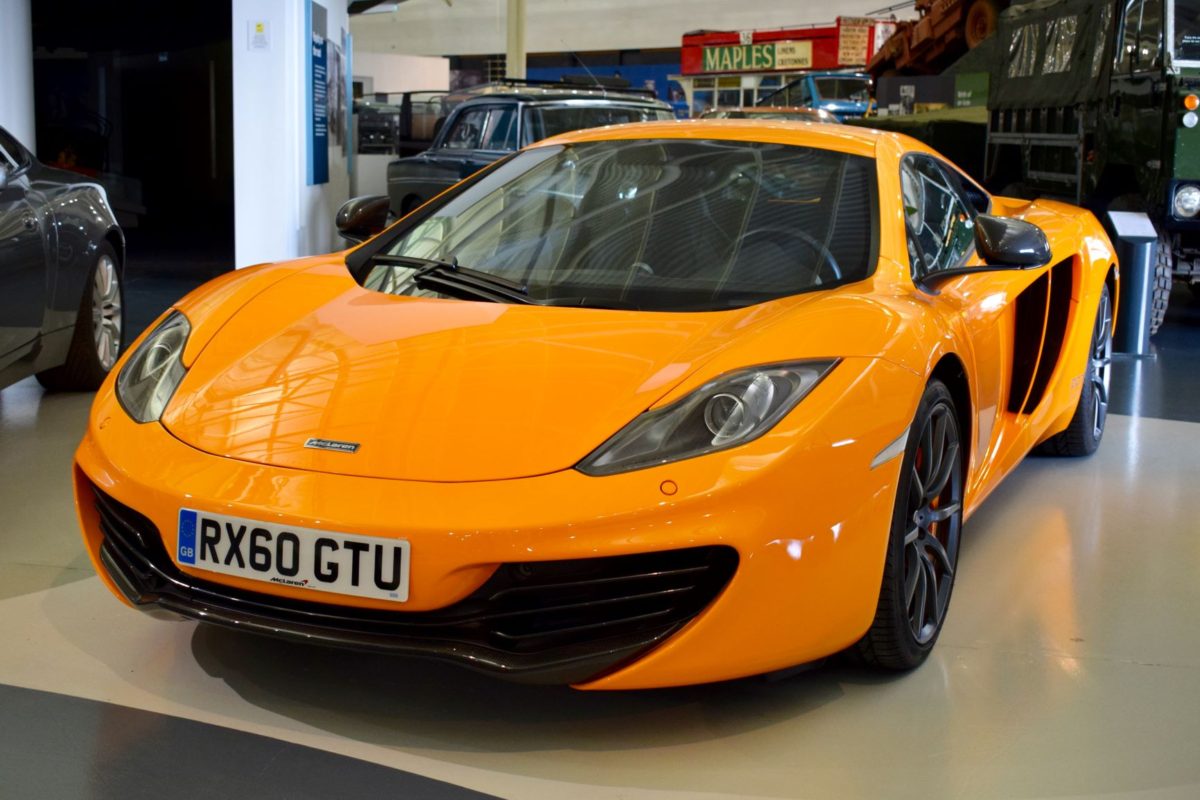 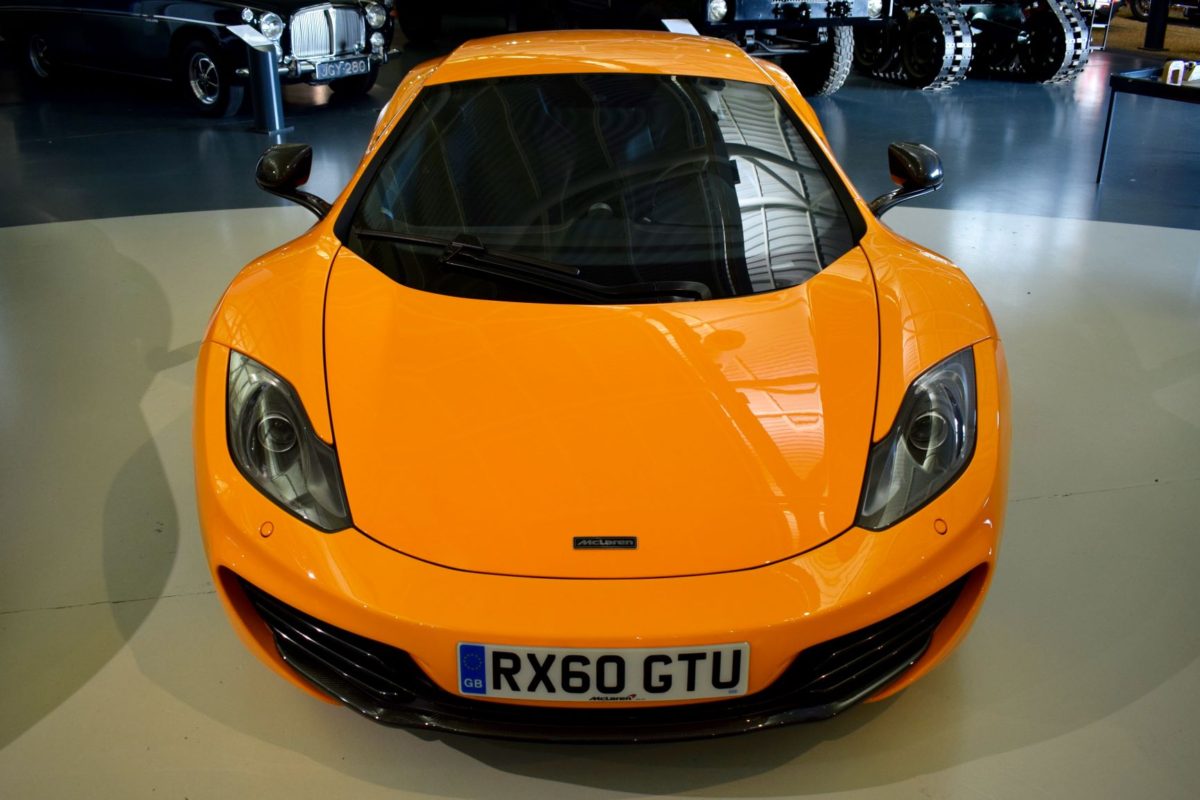 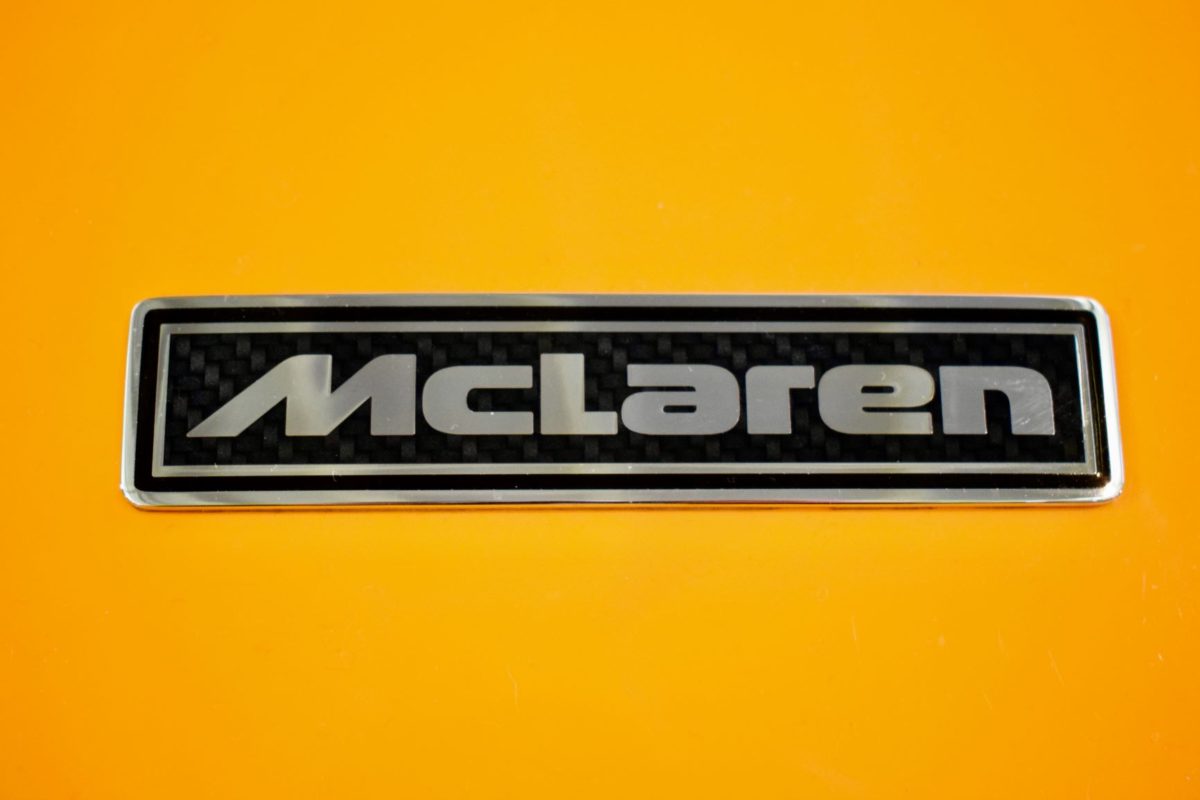 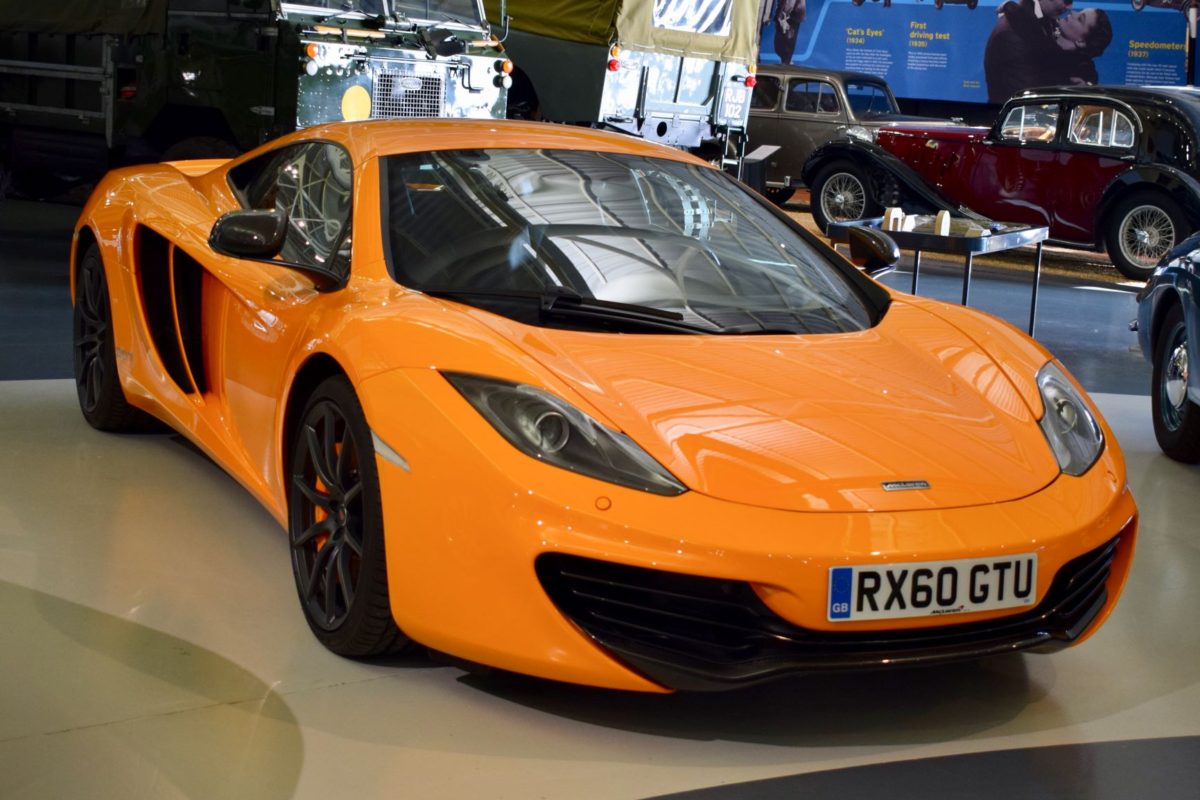 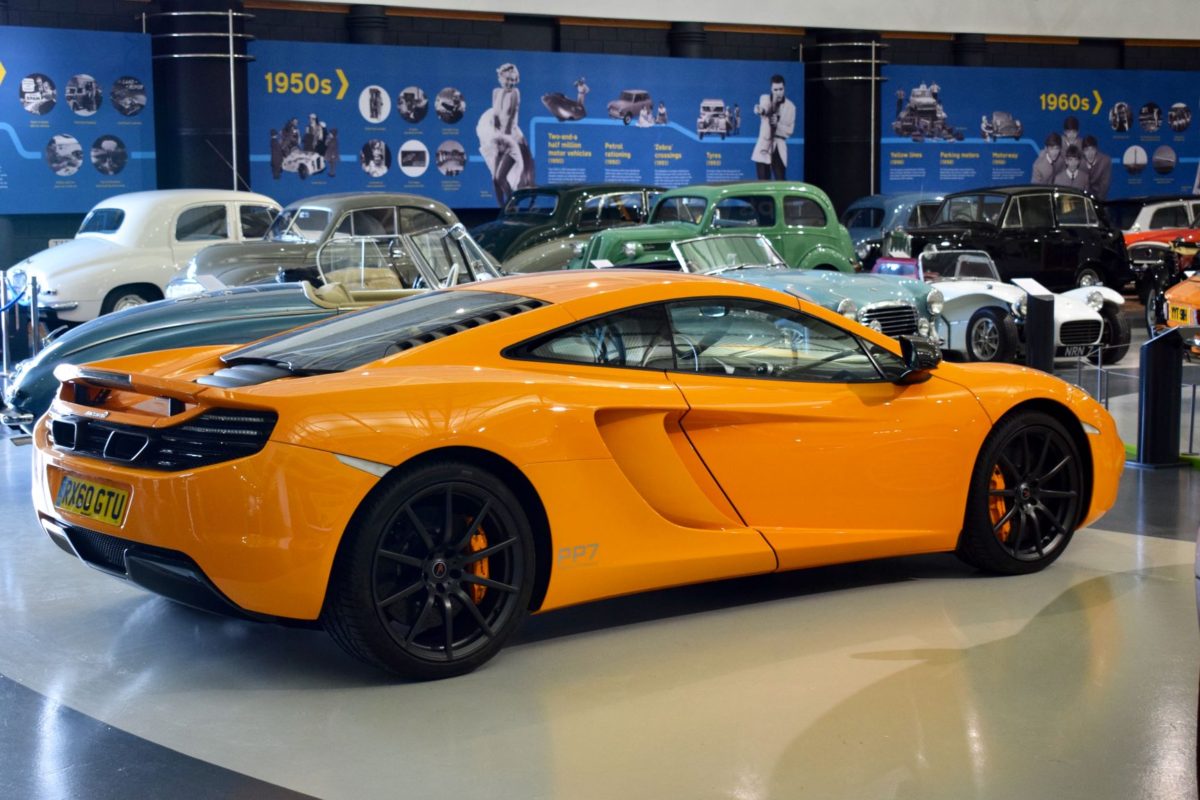 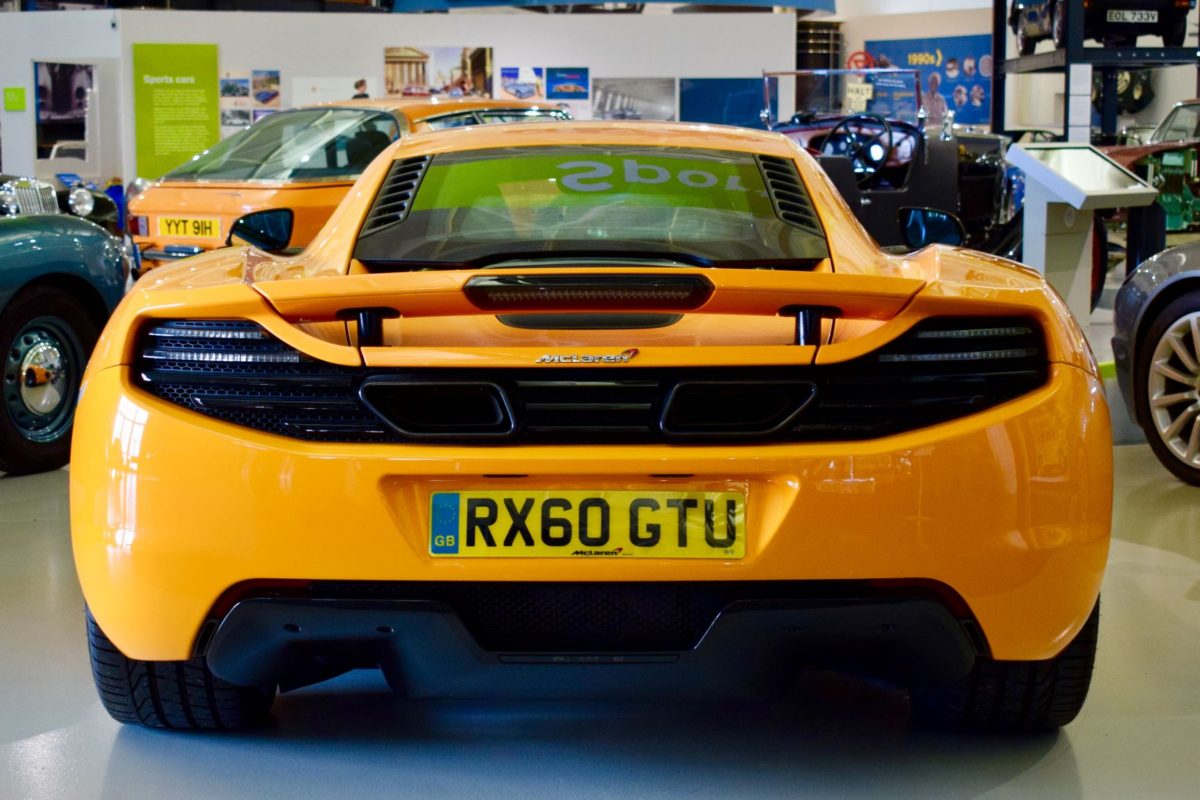 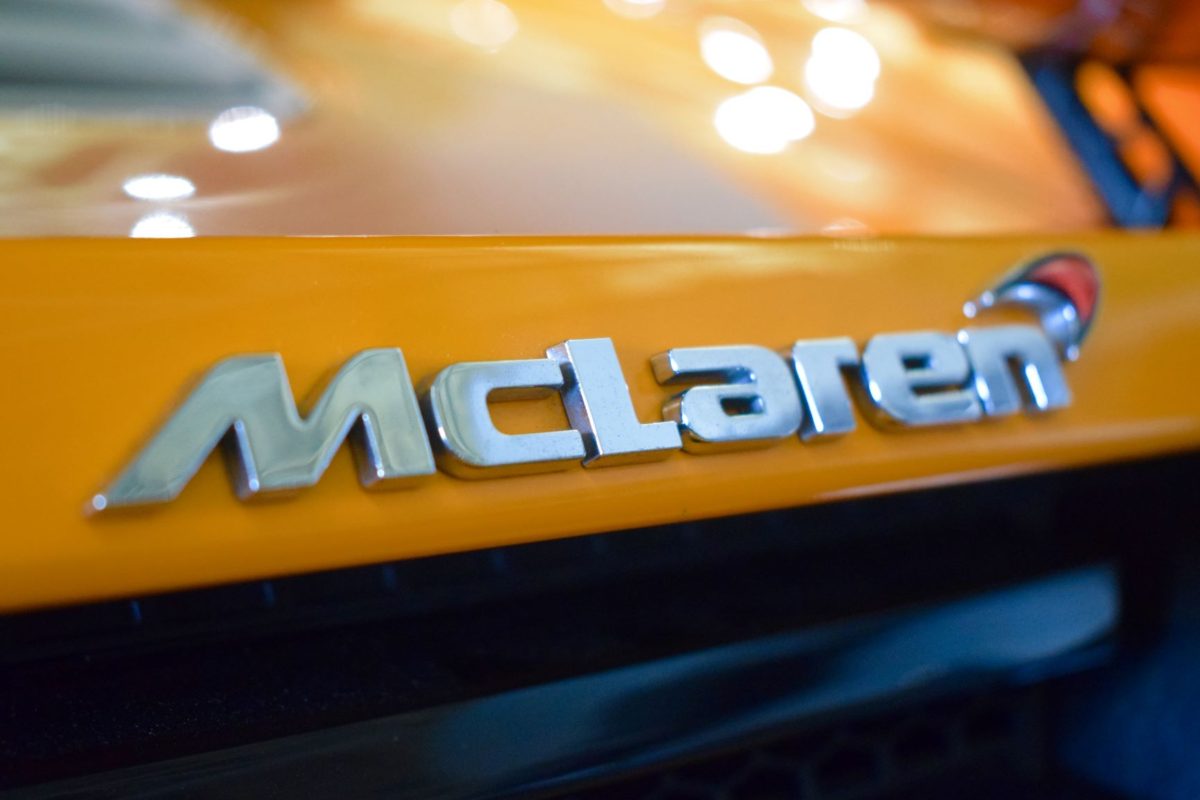 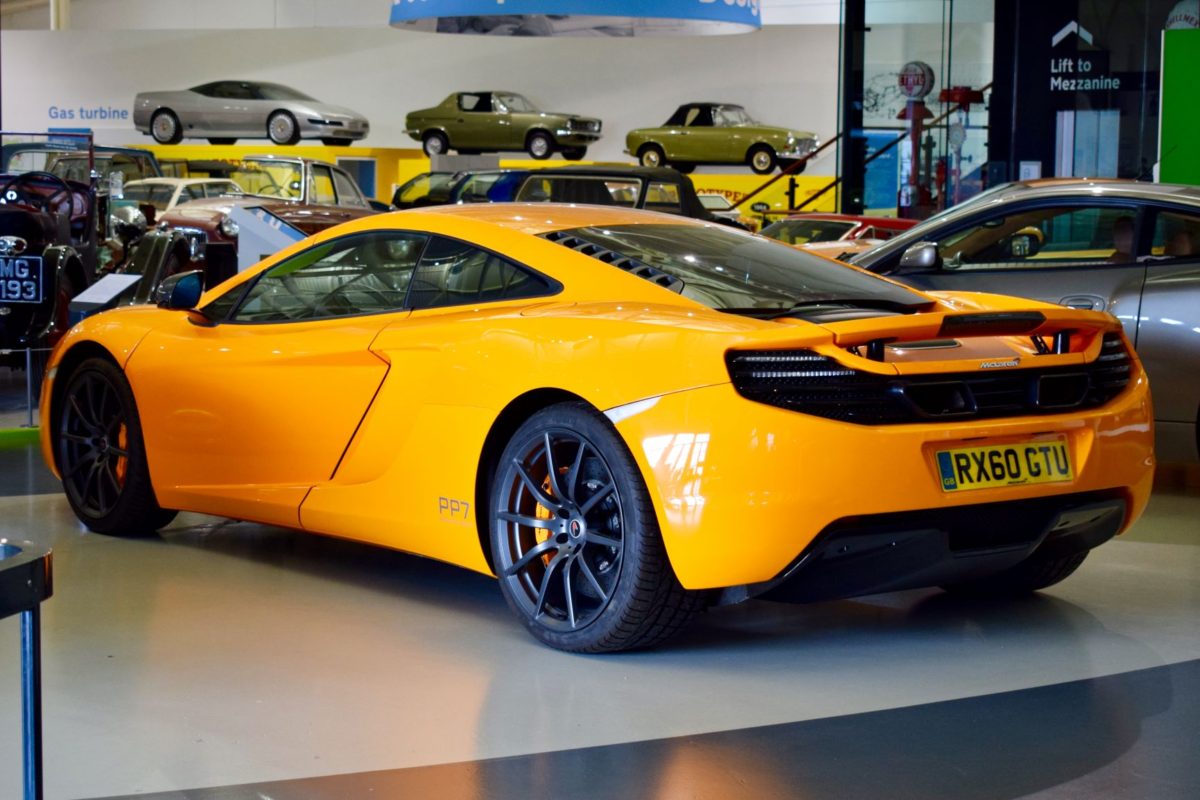 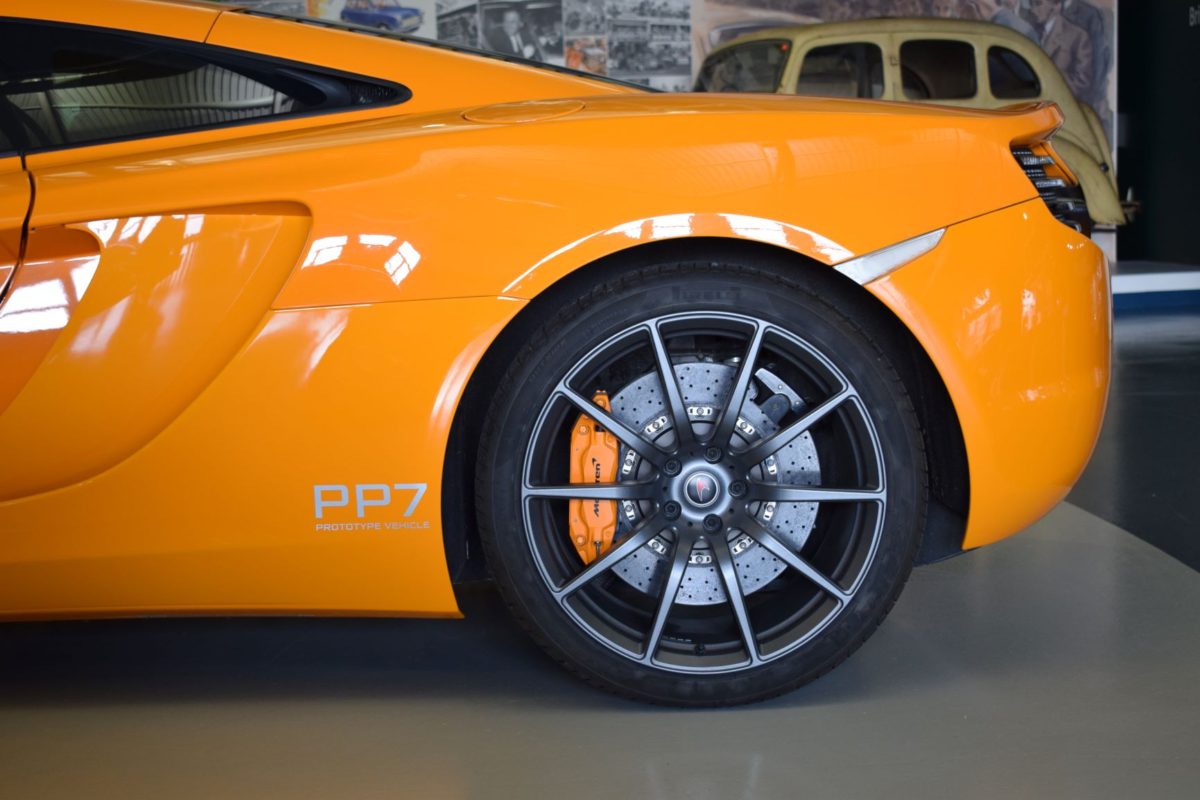 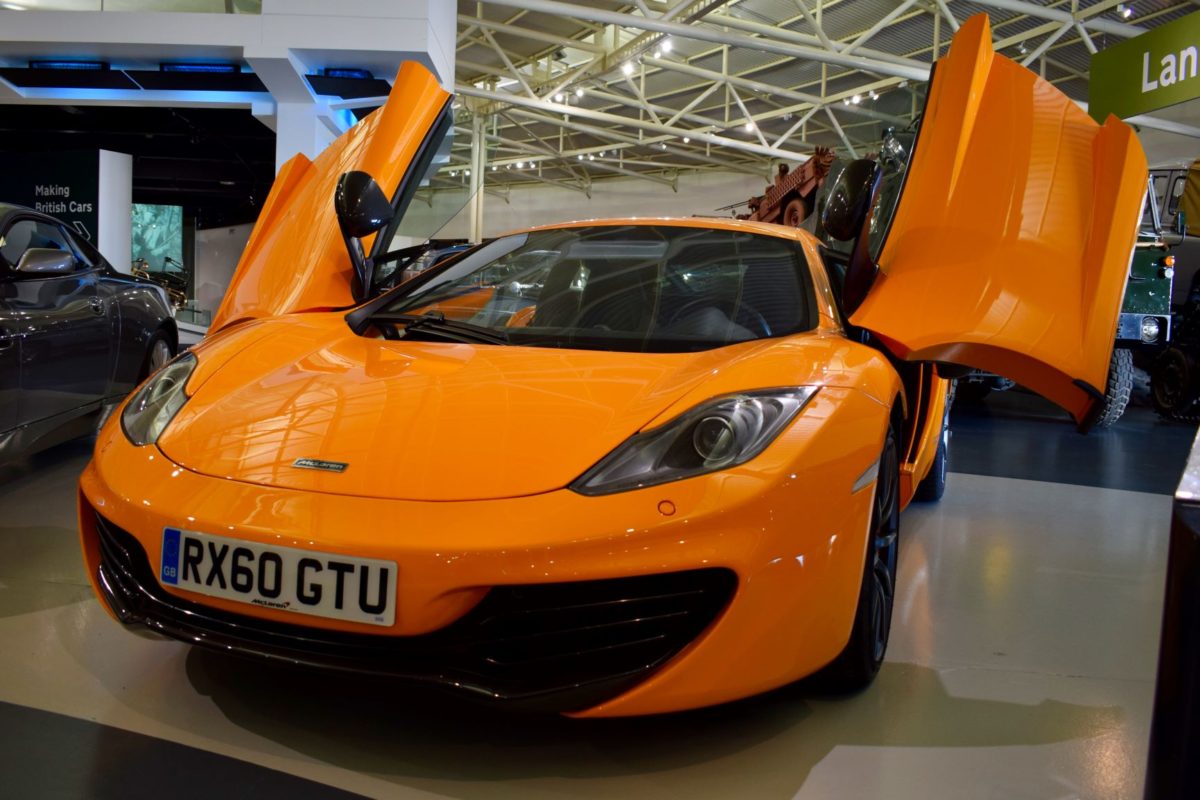 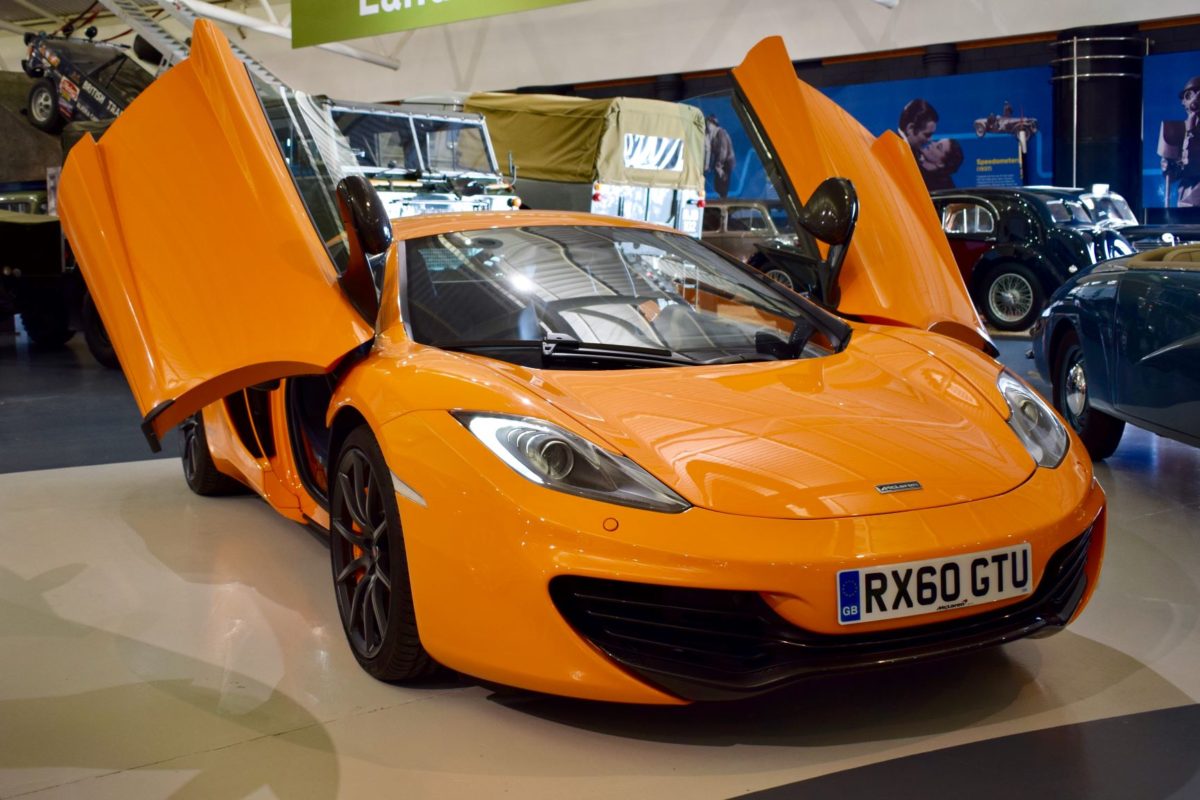 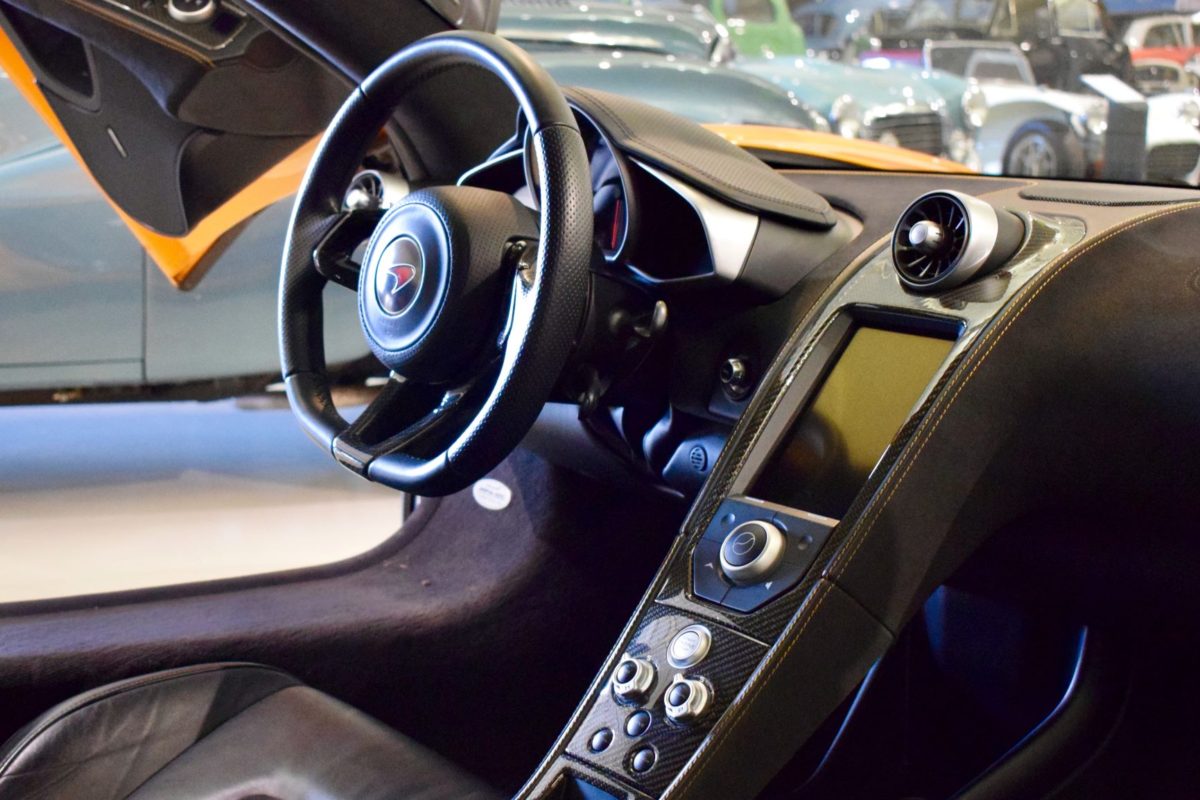 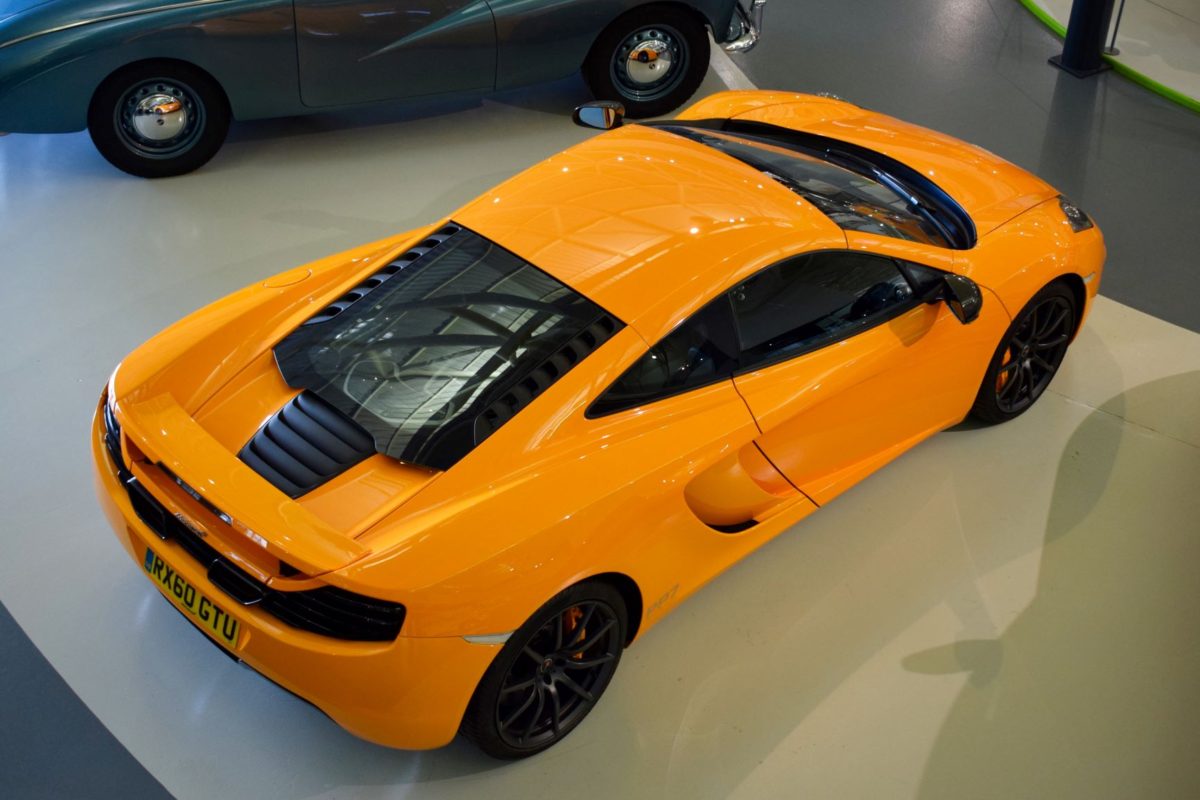 With prices now starting at around £68k, the McLaren 12C is looking decidedly good value for money, especially with similar age but high mileage Ferrari 458 and Lamborghini Gallardo equivalents still at upwards of £90k. But is McLaren’s seminal supercar really a good buy?

In less than ten years, while their fortunes in Formula One have faltered, McLaren’s road car business has established itself as a leading player on the supercar scene.  The MP4-12C, launched in mid-2011, has evolved and morphed and spawned no fewer than 15 further mid-engined, carbon-fibre bodied road-going heroes. The Brits from Woking have given the established Italians, from the admittedly more exotic-sounding Maranello and Sant’Agata Bolognese, some much needed supercar competition.

How does it compare these days looks-wise?

For many people, the overriding requirement for a supercar is for it to look good and turn heads.  Yes it needs to perform and handle well but, if they’re being honest, having a car that looks good sits very high up in their priorities.  The 12C (as it became known within a year) still looks modern enough to sit alongside younger McLarens without standing out. Indeed from some angles the 12C is hard to distinguish from the 650S, which evolved directly from it.  Buy one cloaked in one of Woking’s characteristically bright colours – ideally papaya orange like the one pictured here on loan to the British Motor Museum – and it will still cause heads to turn on both motorway and high street.

Compared to its competition at launch, the McLaren’s curvy exterior visuals today don’t look anywhere near as dated as the straight-edged Gallardo, but to be fair the Lamborghini was becoming due for replacement by then.  However, held up alongside the achingly pretty Ferrari 458 which was launched a year before the McLaren, the 12C does seem more reliant on its aerodynamic elements and trademark bright colours to be distinctive rather than on its pure form.  How it will be deemed to have aged in the future is anyone’s guess but you can’t help thinking that flowing curves will stand the test of time better than the copious angles, folds and aero appendages that adorn some of today’s supercars.

What performance can I expect?

At launch, the 3.8L twin-turbo V8 and 7-speed dual-clutch transmission of the MP4-12C was good for 592bhp with 443 lb.ft of torque. This gave 0-60 mph figures of around 2.8 seconds and a claimed top speed of 207mph – although some reports go beyond to around 218mph. The engine was developed by McLaren, Ilmor and Ricardo from a power plant designed for IndyCar by Tom Walkinshaw Racing, so it’s got a great sporting pedigree.

In October 2012, McLaren came up with a free retrofit upgrade – which most owners took advantage of – that boosted power to 616 bhp and also “fixed” some of the car’s Iris operating system issues such as navigation. Performance of the 12C therefore compares very favourably to the contemporary Lamborghini Gallardo and Ferrari 458 which both delivered 570bhp and around 3.2s to 60mph.

Unsurprisingly, the 12C makes use of some of the technologies that McLaren developed during its time competing in Formula 1. Most notably it employs a “brake steer” system to reduce understeer – similar to that operated by a second brake pedal in the Hakkinen/Coulthard MP4/12 car of 1997.  Thankfully, on the 12C it’s controlled by computer rather than the driver having to flick a switch on the steering wheel and depress an extra pedal. The 12C also uses an innovative “ProActive Chassis Control” suspension set up, employing a system of interconnected high and low pressure valves across the car in place of the more traditional springs, dampers and anti-roll bars.

All of this gives the 12C a rather more comfortable, less urgent ride than offered by recent McLaren models.  It’s still fast and exhilarating compared to other sports cars but everything in the 12C is just a little bit lazier; from the throttle response to the gear-change.  McLaren’s quest for ever more engaging driver’s cars has left the 12C back in a time when life was more relaxed. Woking have now recognized that not everyone has the driving chops of Sainz and Norris, nor would they always want such a track-capable weapon, which is where their new GT model fits in.

Wouldn’t it be costly to run?

Owning and running a McLaren 12C won’t exactly be cheap – is any supercar? – but as a factor of its purchase price it’s not horrendous. Annual servicing costs from third-party specialists such as Thorney Motorsport start at £499 but replacement parts for McLarens are mostly proprietary so can be expensive.  Recognizing this, Thorney offers an annual warranty for £2,850 as insurance against even bigger bills. All items not affected by wear and tear (brakes, clutch, tyres and trim) or general abuse are covered.

What else could I get for the same money?

Brand new, for around £70k, you could be the owner of a supercharged Jaguar F-Type (335bhp) or maybe a Lotus Exige Sport 350 pocket rocket (345bhp) or, for something a little different, how about a Morgan Roadster (280bhp) – all British made and V6 powered.  Of course, within a year or so, a big chunk of that money will have gone in depreciation. Would the 12C have continued to drop by the same amount? Probably not but McLaren yearly running costs would go some way to balancing this out.

So let’s look at other sports cars from 2011 – a similar age to the McLaren 12C – what can you find there for the same money? A prancing horse is within reach in the shape of the V8 front-engined California – a capable “my first Ferrari” with the bonus of a folding hard top. Porsche lovers would be very pleased with a 911 Carrera GTS and Bond fans would find their Quantum of Solace in an Aston Martin DBS.

The McLaren 12C may not have the allure and universal acceptance of the Ferrari 458 Italia but for over 30% less money you get a faster, lighter and more powerful, lower-mileage supercar with the further benefit of exclusivity; as there’s only around 200 currently on the road in the UK compared to well in excess of a thousand Ferrari 458s.

At the time of writing, AutoTrader UK lists 10 McLaren 12Cs for under £80,000 with average mileages of around 31,000. With spring on the way, is now the time to start working through the classifieds and equip yourself with a car that started a British supercar success story? 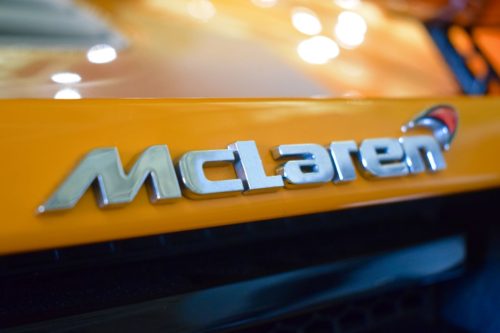