Conceived by the Texan chicken farmer turned racing driver – Carroll Shelby – the raw-energy Cobra was born out of the refined and very English Bristol-powered AC Ace, with a huge American Ford V* Motor shoehorned under the AC’s bonnet. Although the displacement of the Ford V8 was more than twice that of the 2-litre Bristol straight-six, with the initial 260 bhp power almost double the Bristol’s output, the Ford unit weighed less, and modified rear suspension, the AC chassis coped with the gutsy V8 remarkably well, creating an instant legend in the process.

This is the fifth example built of the cult Anglo-American Cobra, plus the first to be sold at retail. Its initial owner had technical issues with the car and traded it back to Shelby America for chassis number CSX2151. Subsequently, this Cobra was repainted from its original white/red and featured in the film The Killers with Lee Marvin, Angie Dickinson and the later President of the United States, Ronald Reagan, before becoming a trainer car for the Shelby School of High Performance Driving.

For more information on the Shelby Cobra feel free to go here: www.mycarheaven.com/tag/shelby-daytona-cobra/ 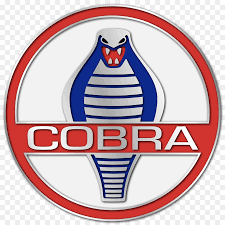