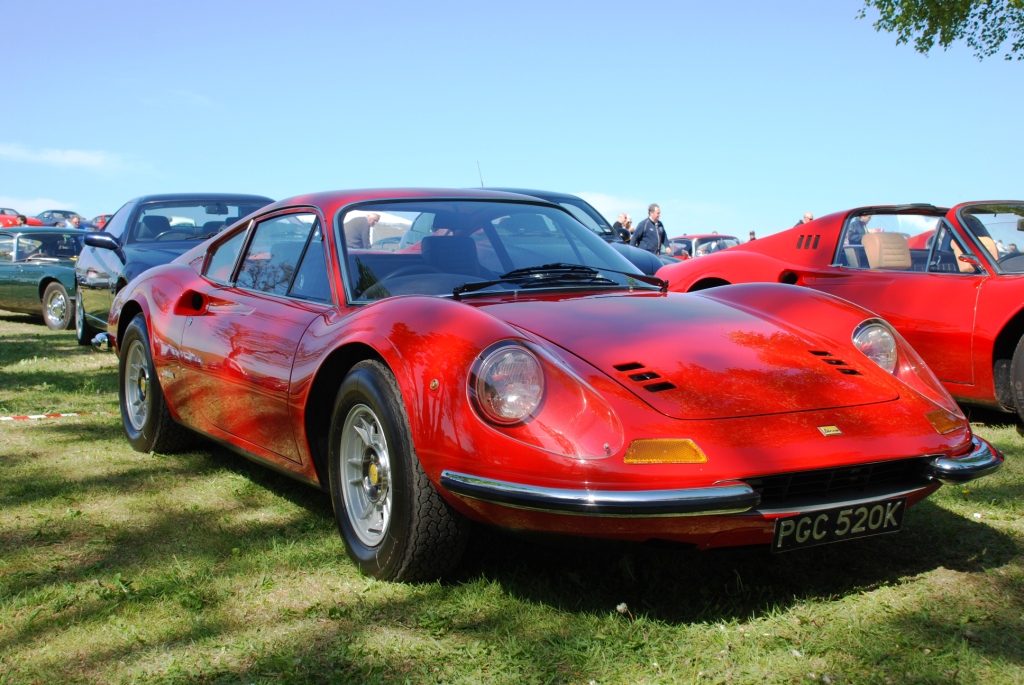 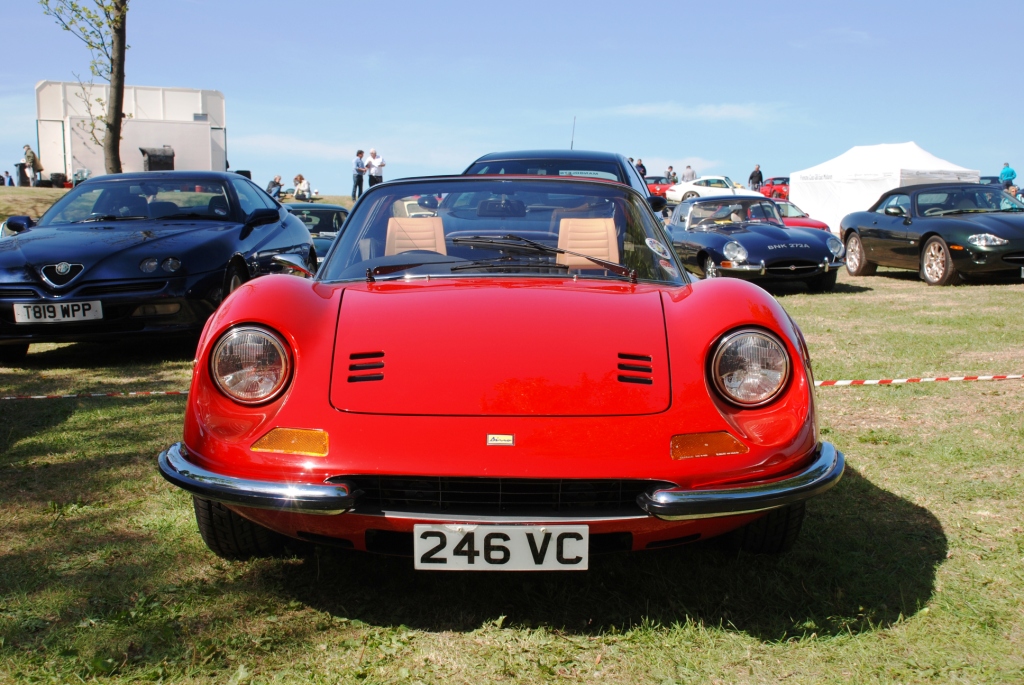 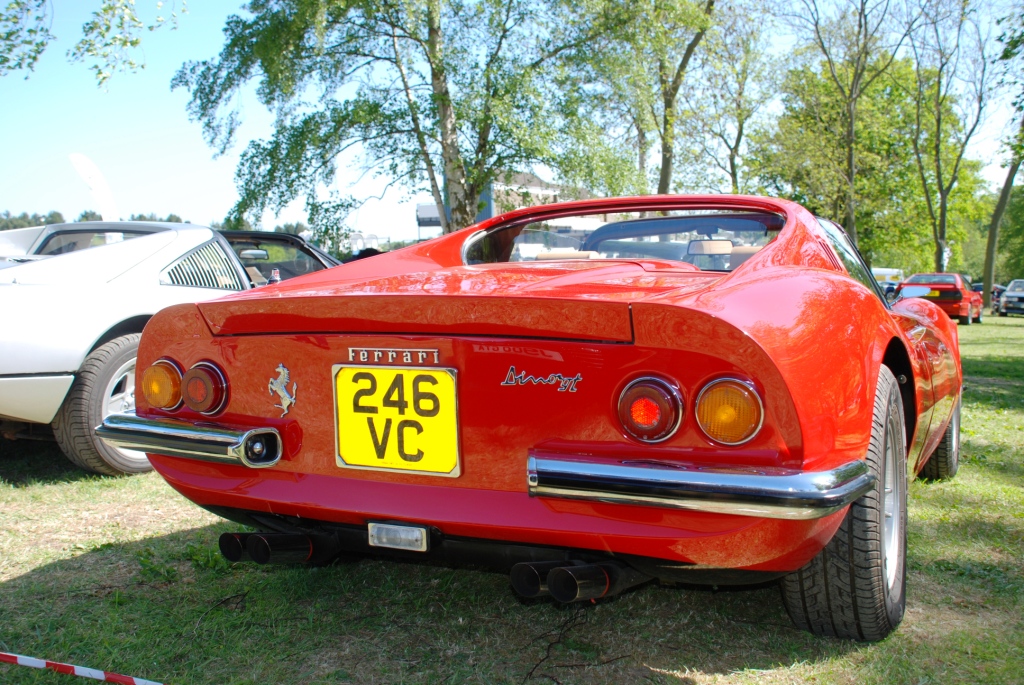 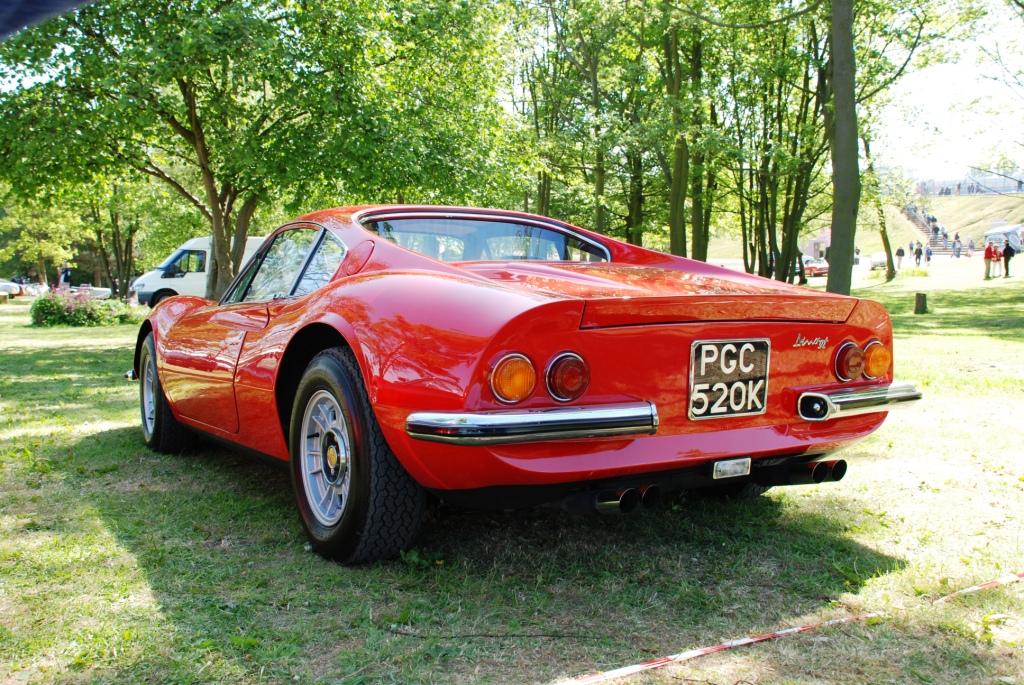 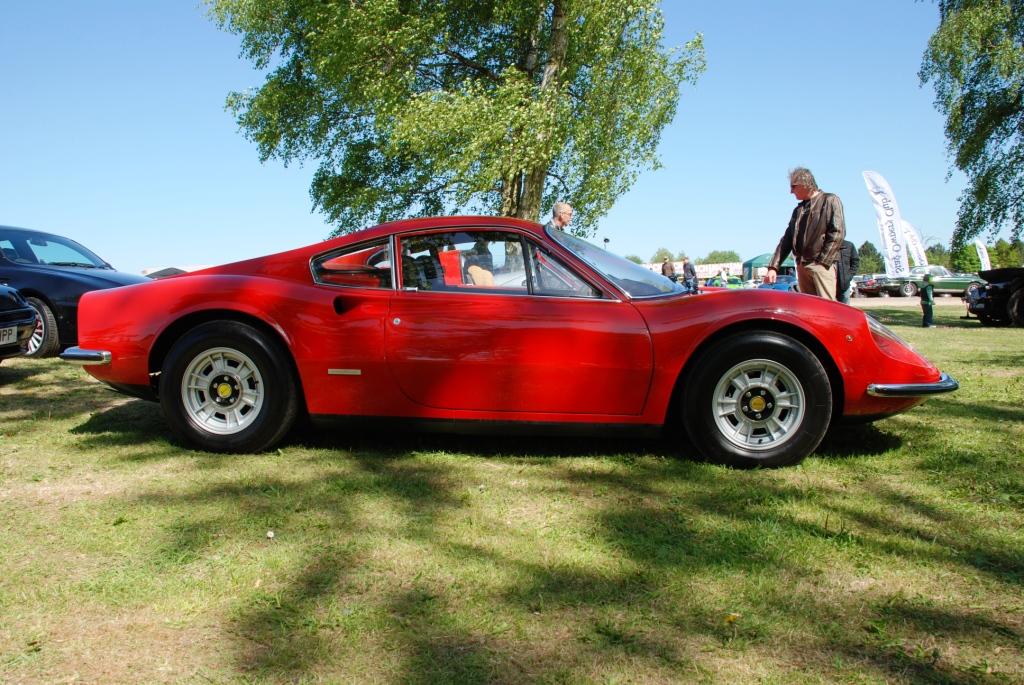 This year marks the 50th anniversary of what must surely be regarded as one of the most beautiful Ferraris ever made; the Dino. Named in honour of Enzo’s son who designed the V6 engine used in the car and who sadly died at the age of just 24, it was designed to be a more affordable sports car capable of taking on the Porsche 911. Produced between 1968 – 1976, it was branded as ‘Dino’ to differentiate it from the more expensive V12 and flat 12 models however in 1976, ‘Dino’ was retired in favour of full Ferrari branding.  This car will be honoured at the 2018 Salon Privé Concours D’Elegance.

Designed by Leonardo Fiorovanti at Pininfarina, the car originally came about following Enzo Ferrari’s desire to race with the Dino V6 Engine in the Formula Two category which was introduced in 1967. Ferrari however, could not meet the required build of 500 production cars and so asked Fiat to produce a sports car using the V6 engine and so the Fiat Dino was born.

Road-going mid-engined sports cars were a rare sight in the mid 60s and it took the launch in 1966 of the mid-engined Lamborghini Miura, to prompt an initially hesitant Enzo Ferrari into allowing the team at Pininfarina to build a mid-engined concept for the 1965 Paris Motor Show and the Dino was born.

Sitting proudly on the South Lawn of Blenheim Palace in a Class celebrating ’50 years of the Dino’ in this year’s Chubb Insurance Concours d’Elégance are some fine examples of this beautiful mid-engined, rear-drive sports car. From 1968 and with only 152 built and all in left hand drive, the Ferrari 206 GT was and is a very rare car indeed. Chassis 00152 was the 1st of only five examples ever imported into the UK. Ordered by Colonal Ronnie Hoare himself in Arancio Tipo PF/Rosso Dino. The car arrived in the UK from Milan on 16th October. The legendary guitarist, Eric Clapton became the car’s second owner in May 1970. It was the ﬁrst car he ever purchased. As noted in his autobiography he unfortunately crashed the car after a few months while returning home after spending the evening with Pattie Boyd who, at the time, was married to Beatle George Harrison! Later on in life in 2016 following a full restoration, ‘Layla’ as she is affectionately known after the famous Clapton song was granted Ferrari Classiche certiﬁcation.

Another Dino with a famous name in the owner’s log book is chassis 04510, a 1972 Dino 246 GT which was owned by Peter Noon, front-man of the world-famous Herman’s Hermits, Peter Noon. Noon so desperately wanted a metallic purple Dino and so decided to have the original colour changed almost immediately from Argento Auteuil to Viola Dino Metalizzato. The car has retained this stunning colour ever since. It too achieved Ferrari Classiche certification in July 2016 and then went on to win its class of European Grand Tourers, at Salon Privé, in September 2016 and was honoured to achieve the title of “The 100 point Dino”.

Other entries include a US-imported 246 GT built in 1970, and finished in Rosso Chiaro, a pair of 246 GTs built in 1972 and the latest 246 GT, whose 1st owner was the Earl of Candor of Nairn, Scotland, a 1973 246 GT which has undergone a full restoration by renowned Ferrari specialists, Barkaways.

“Aside from being one the most beautiful cars ever produced, the Dino was a significant moment in history as it was the first road-going sports car they produced”, commented Concours Chairman, Andrew Bagley. “It paved the way for Ferrari to become the brand it is today, producing some of the most inspirational, evocative and technologically advanced cars currently available. We’re all looking forward to seeing this wonderful collection of vibrantly-coloured Dino’s on the Blenheim Palace lawns this year, with world-wide historian Matthias Bartz in charge of the onerous task of judging”

Away from the Chubb Concours, Dick Lovett, based in Swindon, will be showcasing a collection of new and classic models, including the beautiful new Portofino, 488 Challenge and Lusso V12 alongside a freshly restored 330 GTC and fittingly, in its anniversary year, a 246 GT.

With a dedicated team of Ferrari specialists who have been looking after this legendary supercar brand for many years, their experience combined with the state-of-the-art showroom and workshop means they are perfectly equipped to provide the very highest standards of customer care and Ferrari servicing and repair. Members of the team will be present at Salon Privé to offer advice to anyone considering repair and / or the certification process for their car.

Among the new models on display, the new Portofino is sure to attract attention. Billed as ‘A GT that represents a unique combination of sportiness, elegance and on-board comfort’, it takes its moniker from one of Italy’s most beautiful towns, Portofino. The launch colour of Rosso Portofino was also dedicated to the town. With the renowned 3.9 litre V8 Turbo producing 592bhp, it is a very competent performer with a 0-60 time in just 3.5 seconds and a top speed of 199mph.

Also on display, the 488 Challenge is the most powerful car in the history of Ferrari one-make series and the first equipped with a turbo engine. Producing 670bhp from its V8 3.9 litre engine, the car is optimised for racing performance with F1 DCT transmission, Slide Slip Angle Control and enhanced aerodynamics to give it the necessary levels of grip.

In the classic corner is a stunning 330 GTC. Fresh out of a 2 year full restoration, the 330 GTC was intended to fill a gap in Ferrari’s line-up between the four-seat 330 GT 2+2 and the 275 GTB and debuted at the Geneva Motor Show in March 1966. Beneath the bonnet lies a 4.0-litre, 300bhp version of Ferrari’s familiar, two-cam, 60-degree V12, as used in the 330 GT 2+2. With a top speed in excess of 150mph, excellent ride comfort and sure-footed handling, Ferrari could justifiably claim the 330 GTC to be the finest of high-speed conveyances for two people and their luggage. Dick Lovett are very proud to of the two year comprehensive restoration, of which there is a full photographic record and invoices totalling £200,000. This particular left hand drive example was delivered new to Milan in May 1968 looking very discrete in its Nero paintwork, now finished in Grigio Ferro with Beige hide it is a must see. Ferrari ‘Classiche’ pending.

“We are delighted to welcome Dick Lovett Swindon back to Salon Prive this year” said David Bagley, Co-Founder & Sales Director. “Ferrari is one of those brands that evokes so many emotions; appreciation, passion, ambition, desire …………. what better way to inspire guests at this year’s event than with a collection of models book-ended by two models 50 years apart; the Dino 246 GT and the latest Portofino. Dick Lovett Swindon have a fantastic selection of new models on display including the beautiful Portofino alongside some stunning classics including a beautiful 330 GTC from 1968, fresh from a two-year restoration programme.”