Already, more than 100 car clubs have registered – in record time – to be part of spectacular infield displays at this summer’s Silverstone Classic (29-31 July), ensuring the massive three-day festival is once again the UK’s biggest celebration of motoring history.

Underlining the event’s ever-spiralling popularity, last year’s Silver Jubilee meeting attracted in excess of 100 clubs for the first time – a figure that is set to be topped again in 2016 with increasing interest from across the UK and Europe. 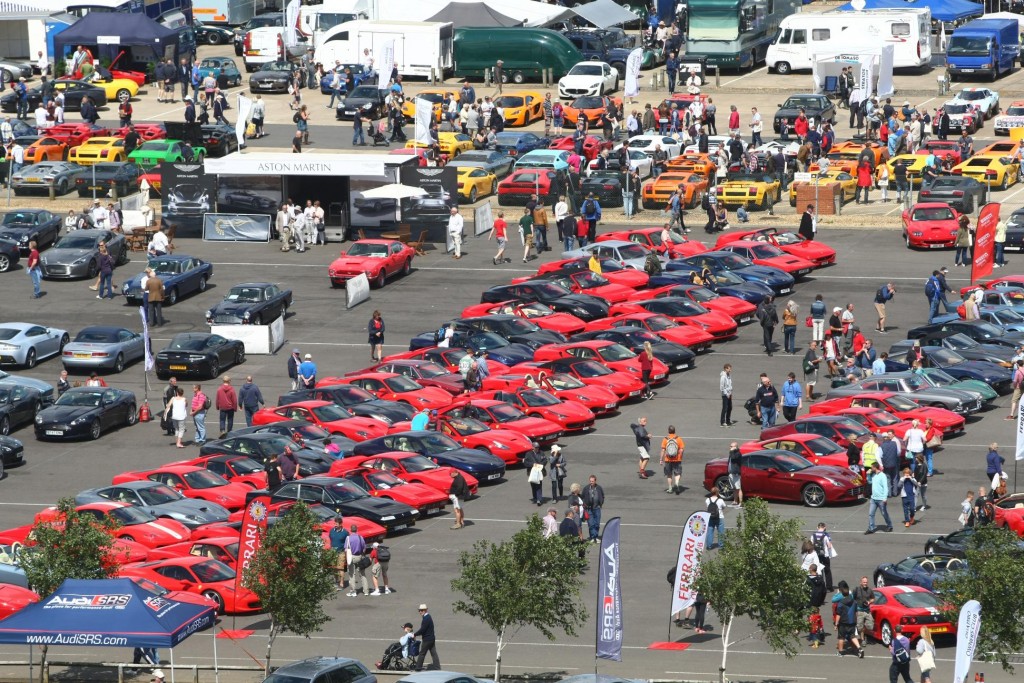 In 2015, a total of 120 clubs displayed an unprecedented array of 10,000 privately owned classic cars, providing 100,000 visitors with an unrivalled showcase of glittering automotive history. However, it was not until mid-March that the number of clubs registered topped the ton suggesting this year’s motoring multitude could raise the bar to even loftier heights.

Whatever their marque or model, all car – and bike – clubs are invited to be part of this incredible showcase. Registration is absolutely free and gives members of registered access to fantastic deals that include two adult admission tickets plus a privileged infield vehicle display pass allowing attendees to park their pride and joy on the club’s designated stand right at the heart of the event.

This year’s impressive line-up of clubs already includes a diverse mix of clubs from the Mini Cooper Register, Midget & Sprite Club and Bristol Owners Club through to regular glitterati who attend from across clubs such as Porsche, Maserati, Aston Martin and Ferrari.

“It’s no surprise that more and more car clubs are now making the Classic their main national event as the sheer scale of their wonderful displays is itself one of the festival’s major attractions,” said Nick Wigley, CEO of organiser Goose Live Events. “That more than 100 have signed up so early is great news for all those coming to Silverstone in July. With so much to see, the Silverstone Classic is the ultimate annual celebration of classic cars for enthusiasts and their families to enjoy.”

As tradition dictates, many of these car clubs will also be paying homage to their own landmarks with eye-catching track parades on Friday, Saturday and Sunday. Among the many motoring milestones being honoured on the full Silverstone Grand Prix Circuit this year are 100 years of manufacturing at Bayerische Motoren Werke (BMW), 50 years of the Lamborghini Miura, 40 years of the Lotus Esprit and 20 years of the Jaguar XK8. A number of 80th anniversaries will also be celebrated this year including the launch of the first Allard Special, the introduction of the Morgan 4/4 – the longest period of production of one single car model in the world – and the formation of the Bentley Drivers Club.

Those wanting to experience a real celebration of motoring through the ages can take advantage of Early Bird tickets. These are on sale until the end of March and offer significant savings of up to 17 per cent.

There is also an all-new Family ticket available for 2016, encouraging more children to experience the thousands and thousands of wonderful racing and road cars up close while their parents relive their own childhoods. The Family ticket includes camping for two adults and two children across the whole weekend and gives a discount of more than 20 per cent on advance tickets than if bought individually.

Full details of all tickets (which must be purchased in advance) – as well as hospitality packages and weekend festival camping – can be found on the event website at: www.silverstoneclassic.com.