This year sees the unveiling – if not release – of many desirable and exotic new models, including Ferrari’s 458 replacement, a new Audi R8 and the Mercedes-AMG GT. However, as much as we might worship these cars, the chances of owning them are usually quite slim.

Luckily, the mind of a petrolhead doesn’t always have to be infatuated with £200,000 supercars. Manufacturers such as Mazda, Ford and Honda will be serving up some of the most exciting, yet well-priced cars set to go on sale in 2015, and for prices that will have you weighing up a tasty PCP deal in no time.

So, here are five of the most anticipated cars of the year to come that won’t particularly leave a hefty deficit in your wallet. 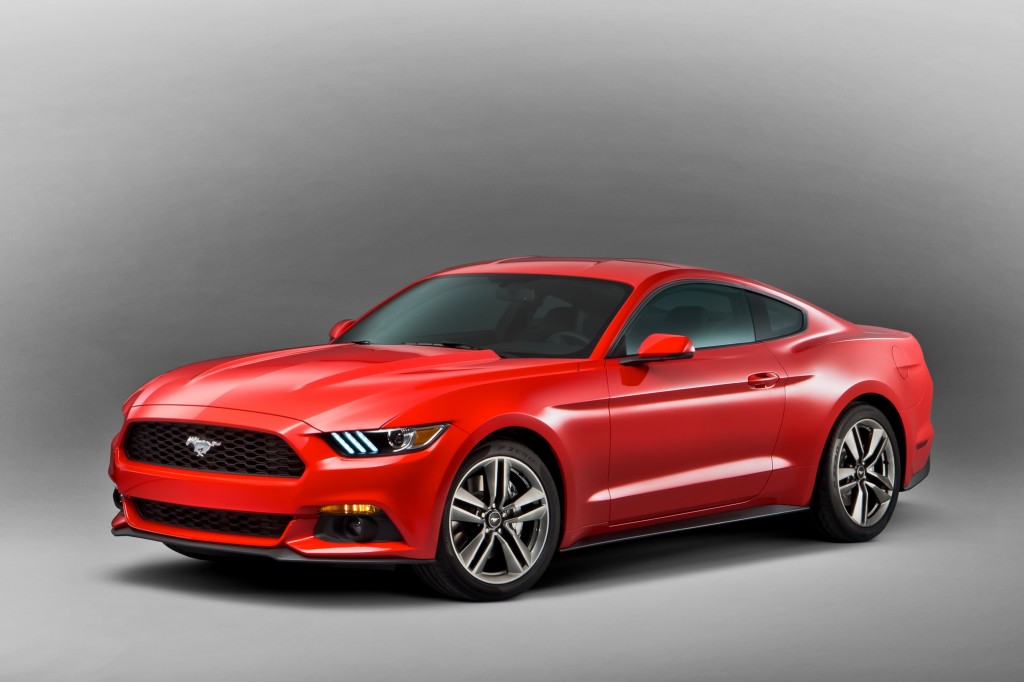 One of the most hotly anticipated new cars of 2015 is the Ford Mustang, with the muscle car getting its first fully official European release in its 50th year in production. This will be the sixth different Mustang design since its emergence in 1965 and has been developed to appear in a world market, meaning Ford has finally given the Mustang independent suspension (at the rear) and handling abilities that will hopefully see it able to tackle corners.

Under the bonnet, Ford’s usual 5.0-litre V8 offering will be available that produces a decent 420bhp and 400b ft of torque; but, despite this engine’s tendency to draw attention, it is the manufacturer’s decision to give us Europeans a four-cylinder 2.3-litre EcoBoost option that has become the main talking point. The unit has been developed with a new customer base in mind, one that desires a Mustang with a sense of efficiency; that’s not to say it doesn’t pack a punch and in fact manages to offer 306bhp.

And the price for these two? Well, the EcoBoost-powered version is expected to come in at around £28,000 and the V8 at £33,000 when the car arrives in the summer. 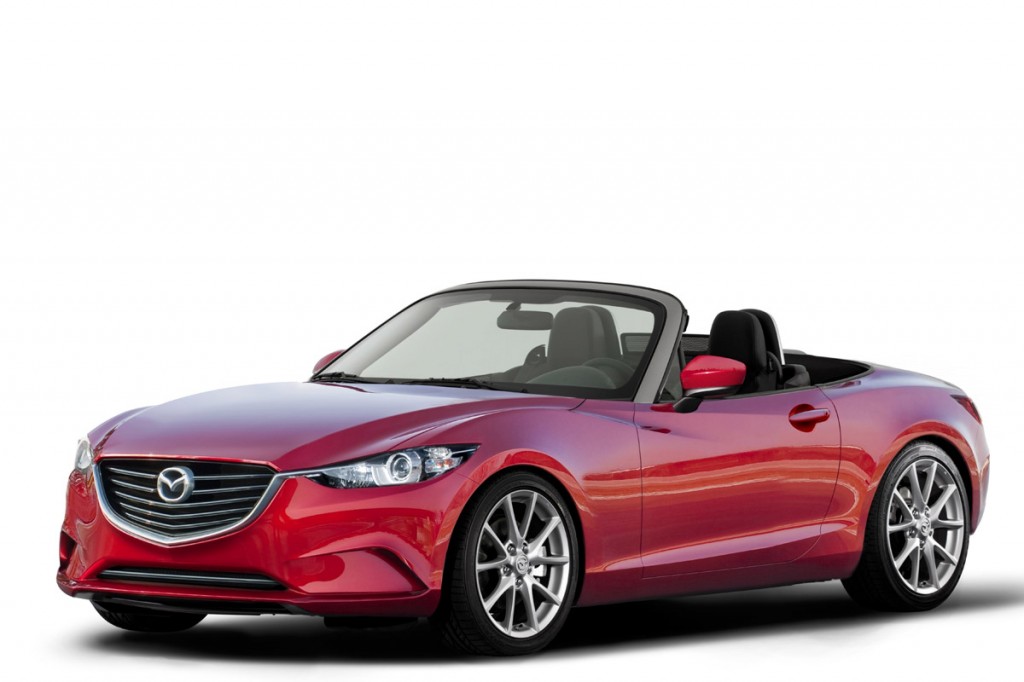 The world’s best-selling roadster will be born again when it reaches showrooms in mid 2015 and it’s set to be a bit of a revolution. There have been around one million Mazda MX-5s sold since its inception in 1989 and its fourth generation looks to be lighter, faster and more agile on the road than ever.

A mixture of Mazda’s great ‘Kodo’ design rebrand and its SkyActiv technology has turned the manufacturer’s cars into some very sleek pieces of kit. The 3, 6 and CX-5 have all been sharpened up, with the new MX-5 the latest to get the same treatment and it looks to have become a rather more aggressive roadster than its predecessors as a result. Mazda’s new 1.5-litre engine will replace the staple 1.8 unit, while a 2.0-litre option will remain; like most modern engines, these powerplants will gain efficiency as well as power.

The new MX-5 is anticipated to cost around the £20,000 mark for the entry-level 1.5-litre variant and a few thousand more for the 2.0 upgrade. 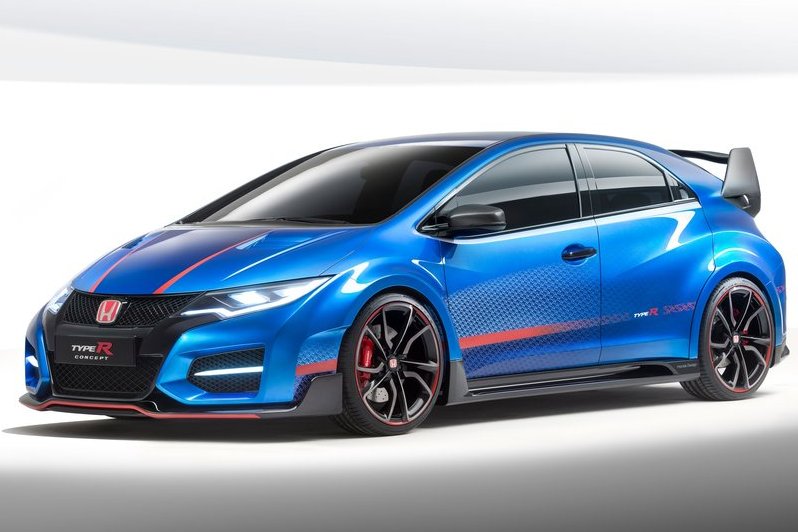 As hot hatches get hotter and hotter, the pressure to create a truly potent yet responsive beast is getting fiercely competitive. Ford’s second-generation Focus RS showed to the world what was possible with 300bhp and front-wheel drive; Honda is looking to surpass such a figure with its latest Civic Type R and stake its claim to be the king of hot hatches.

The Japanese firm is yet to confirm any performance figures for the Type R, but the car is expected to offer in excess of the 300bhp from its new turbocharged 2.0-litre i-VTEC engine. Styling for the hot Civic has been previewed through concepts and looks as wild as its powertrain. Despite nothing being fully official, demand for the car, which doesn’t launch until the spring, has been so high that Honda has already opened a pre-order book.

Admittedly, pricing for the new Civic Type R will likely be at the top-end and hover around the £30,000 mark, but should offer a car worth of such a price tag. 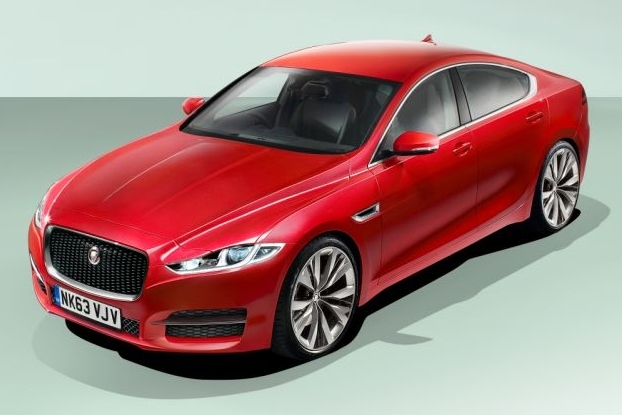 Jaguar is currently on a mission to completely redefine its image, and so far it looks to be working. The F-type has done wonders for the British firm, while its first ever SUV is currently in development; however, the one car that could heavily define its future is its 3-series rivalling XE saloon.

While hardly a 300bhp hot hatch, the Jaguar XE has the potential to be a market changer, which in itself is rather exciting, as is the fact the same V6 that it puts in the F-type will appear in the saloon. The XE promises to be the pinnacle vehicle in its class, not only in regards to materials in the cabin and drivability, but also in terms of technology, with the XE’s riveted and bonded aluminium monocoque chassis a marvel in itself and helps the car weigh just 1474kg. 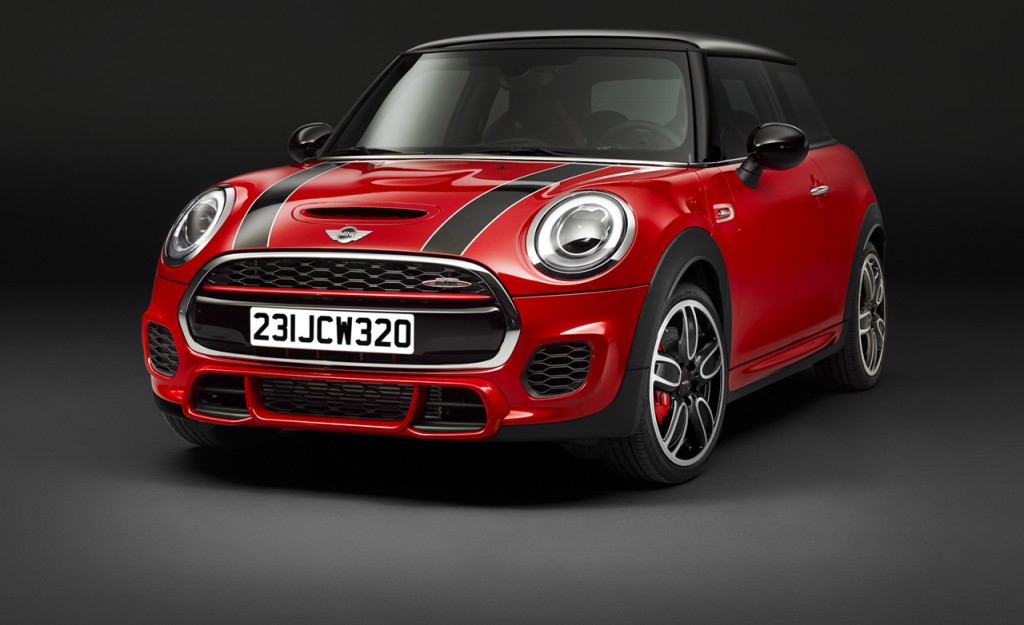 While the Mini Cooper Works GP has always been the most potent of BMW’s sub-brand, the latest Mini Cooper S JCW features the most powerful engine seen in any series production Mini. The modified hot hatch has been given the usual array of styling upgrades to make it more aggressive, while under the bonnet sits a 228bhp version of the Cooper S’s turbocharged 2.0-litre unit.

That engine is a 20bhp increase over the previous JCW and 39bhp more powerful than the current Cooper S; in a technical regard, the new Cooper S JCW receives an electronic differential lock to ensure that power can be put on the road. To make the JCW stand out, the car has been given large air ducts at the front, revised LED headlights, wider sills, a very prominent rear spoiler and central chromed tail pipes. Also benefitting the new JCW is a 100kg weight-loss over its predecessor, ensuring the car’s nimble personality is even sharper on the tarmac.

Sales start in late April and has an asking price relatively close to the former car’s £22,460.