The HGPCA Nuvolari Trophy Race in association with Hall & Hall at next month’s Donington Historic Festival (May 3rd, 4th and 5th) won’t simply evoke memories of pre-War Grand Prix racing at Donington Park, it will recreate it. Pioneering cars will race in their national colours and a number that originally raced there almost 80 years ago will compete at the track once more.

The sight, sound and smell of rare and historically very important racing machines returning to the circuit after so many years, cornering at Redgate and Coppice, negotiating the Craner Curves and barreling along the Wheatcroft Straight, will provide an unforgettable spectacle that’s sure to have Festival visitors reaching for their cameras. The HGPCA cars will be out every day of the Festival, with qualifying on the Friday morning, Race One at 12.30pm on Saturday and Race Two at 2pm on Sunday. 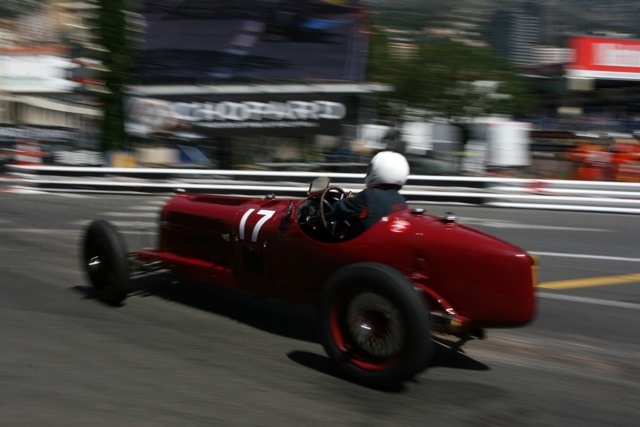 Of the ‘Donington’ cars taking part, the priceless straight-eight Alfa Romeo P3 of music impresario Tony Smith is of particular significance to venue historians as it is the very car in which celebrated Bedfordshire aviator Richard ‘Mad Jack’ Shuttleworth won the inaugural Donington Grand Prix in 1935. A sister car will be handled by German driver Stephan Rettenmaier.

Richard Last’s Parnell-MG also competed in a pre-war GP at the circuit, and will wear number 17, as it did when Humphrey Cuddon-Fletcher raced it (as a K3 Magnette) in 1938. Richard Pilkington’s Talbot-Lago is another machine with great period history, including Grands Prix and Le Mans.

Quickest of the Maserati’s is likely to be the 1934 8CM driven for owner Chris Jacques by Dorset farmer Rob Newall, who raced Formula Ford single-seaters in the 1970s and remains one of Britain’s quickest Jaguar XK pilots. This car is dark blue rather than the traditional red of Italy, as it was originally raced by Prince Birabongese of Siam.

English Racing Automobiles (ERA) were successful in the 1930s and the voiturettes, with their supercharged Riley-based engines, remain hugely popular. There are seven examples on the entry to date: R3A, R4, R4A, R5B, R9B, R10B and GP1. R3A – driven by Briton Mark Gillies, who is commuting from the USA to race – was the first ERA to compete at Donington Park, in April 1935, while new ERA owner Nick Topliss’ R4A won the 150-mile Nuffield Trophy at Donington in July of that year, in the hands of Liverpudlian Pat Fairfield. Pat Fairfield would die two years later, in a crash at Le Mans, and a memorial to him can be found at Donington Park.

Peter Whitehead and Peter Walker drove R10B to third in the 1936 Donington Grand Prix, behind a pair of Alfa Romeos, and Whitehead went on to win the 1938 Australian GP in it. US-domiciled Irishman Paddins Dowling will race it this time, while Germany’s Rainer Ott plans to bring R9B – Charlie Martin’s 1936 Donington Park Nuffield Trophy winner. Another period podium car due to appear is R5B ‘Remus’, in which Prince Birabongse of Siam scored a second place and Tony Rolt won club races in 1938. It is now owned by American Charles McCabe.

R4, by then in C spec, won the 1937 British Empire Trophy with ERA founder Raymond Mays aboard, while GP1, the sole ERA Grand Prix car to be completed pre-war, was driven by Arthur Dobson in practice at Donington Park for the Nuffield Trophy but was a non-starter, due to an engine failure. Engineer Duncan Ricketts has it going well now, and it could well be a force to be reckoned with in the Nuvolari Trophy race.

The opportunity to celebrate 80 years of car racing at Donington Park was the catalyst for the Historic Grand Prix Cars Association’s decision to revisit an extraordinary era of the sport and support this dedicated race for Pre-1940 cars at the third Donington Historic Festival. Fittingly, the race is named for the charismatic Italian Tazio Nuvolari, winner of the 1938 Donington Grand Prix in a mighty Auto Union and the 1933 Le Mans 24 Hours.

With invaluable support from globally renowned historic car preparers Hall & Hall of Lincolnshire – who enjoyed a long and fruitful association with Donington Park’s saviour Tom Wheatcroft, restoring many of the wonderful Grand Prix cars which formed the basis of his Collection, still housed at the circuit – a fully representative grid is expected at the event.

If you’ve not entered our competition and won a pair of tickets courtesy of the My Car Heaven team, then advance tickets for the 2013 Donington Historic Festival cost £12 for the Friday, £20 for Saturday or Sunday and just £36 for a three-day weekend ticket. On-the-gate prices will be £15 for Friday, £25 for Saturday or Sunday and £45 for the three-day weekend. Children aged under 16 are admitted for free. Tickets can be bought via www.doningtonhistoric.com and through the 24-hour ticket hotline 0844 873 7355.