Thunder is predicted for Donington Park for the weekend of May 5th and 6th in the form of the almighty noise produced as more than 20 Group C racing cars – with a combined 16,000 brake horsepower – compete at the Donington Historic Festival. 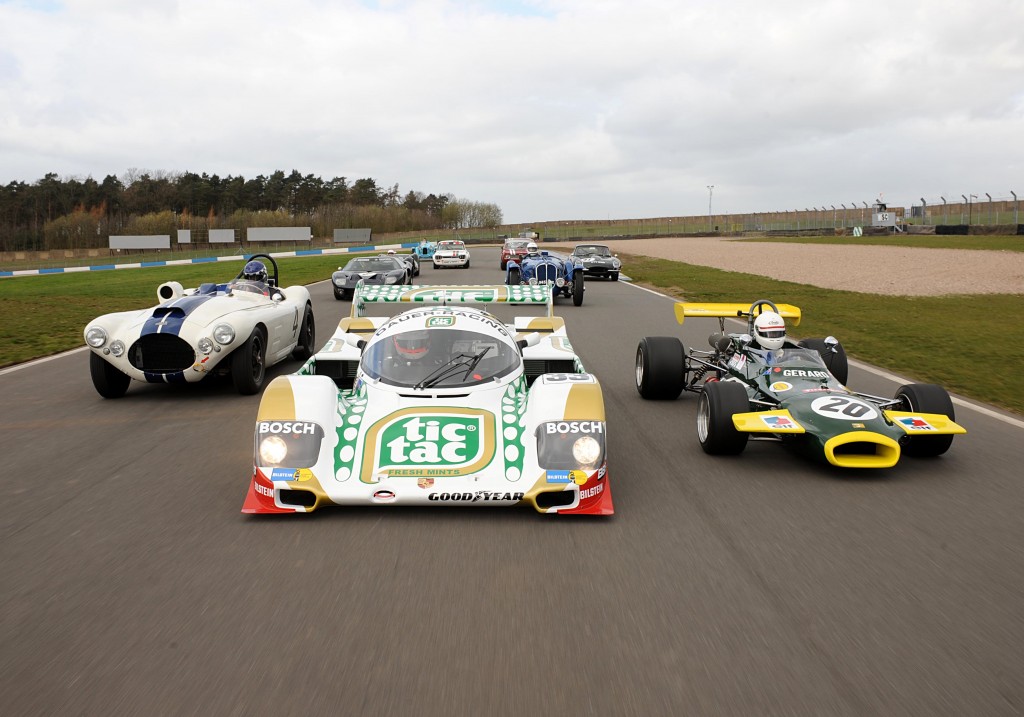 Just as 1980s fashion was all about big hair and big shoulder pads, so the sports-racing cars of that era were on an equally lavish scale, as manufacturers including Jaguar, Porsche, Lancia, Mercedes-Benz, Nissan and Aston Martin vied to outdo each other in the power, speed and style stakes.

Spectators hoping for chest-reverberating sound and over-the-top paintwork certainly won’t be disappointed. The big beasts were a real crowd-pleaser at the 2011 Festival, and with the addition of some head-turning newcomers to the grid, the Group C race looks set to get the cameras clicking and the enthusiasts’ forums buzzing once more.

Paul Stubber is travelling from Australia with his Chevrolet-engined Veskanda. One of only two examples built, this is the rarest car on the grid, and was campaigned in the 1985-87 Australian Sportscar series by John Bowe. Other newcomers include Adrian Watt in his Argo JM19 and Trevor Knight who will be driving the Damax Spice SE88. 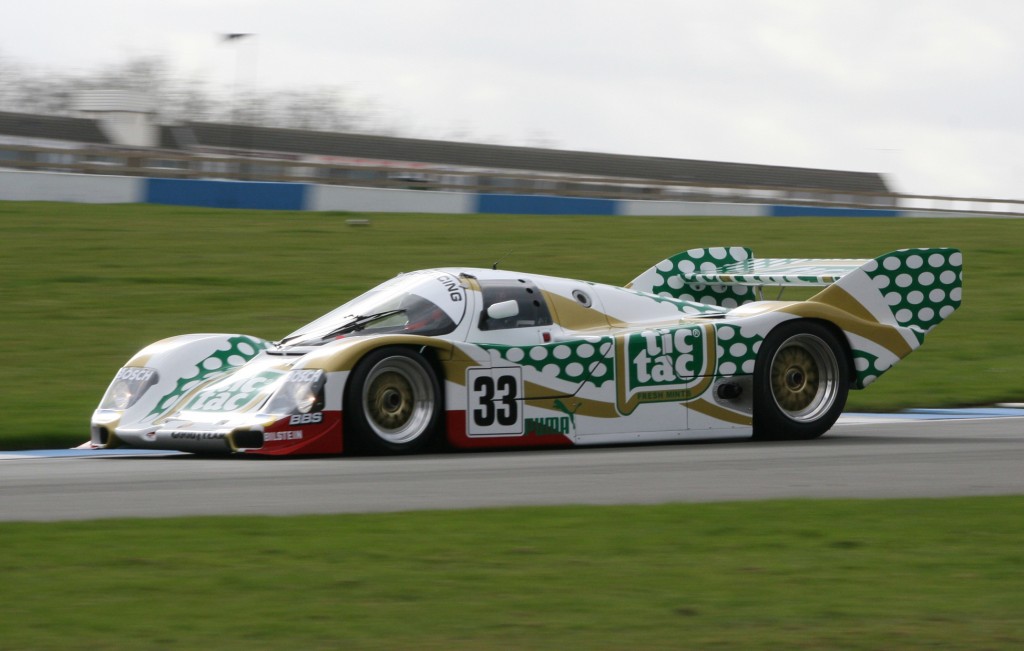 The most eye-catching livery is likely to be that of Henrik Lindberg’s green and white Tic Tac Porsche 962 (above), and the iconic colour schemes of the Martini Lancia LC2 (below) and Richard Eyre’s Jaguar XJR16 (see bottom picture) will strike a chord with many racing fans. 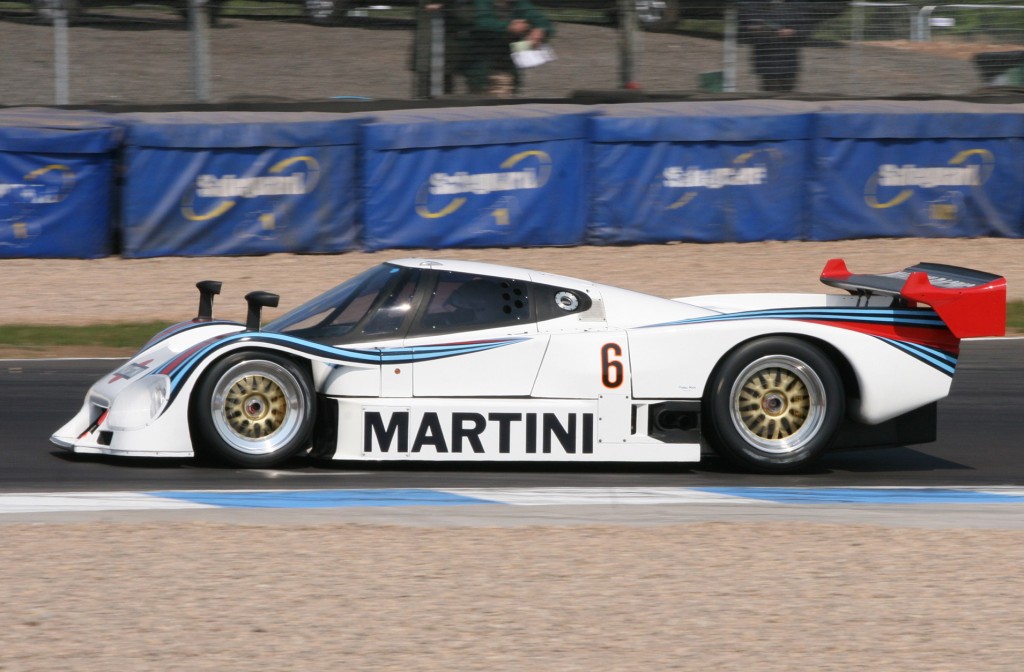 In the 1980s, Group C was a real focus for manufacturers, as it allowed them to demonstrate their engineering and motorsport capabilities, and works teams abounded, with Porsche often dominating. However, independent teams were also an essential element – until overwhelmed by manufacturer spending power – and the Group C grid at the Donington Historic Festival reflects that mix. 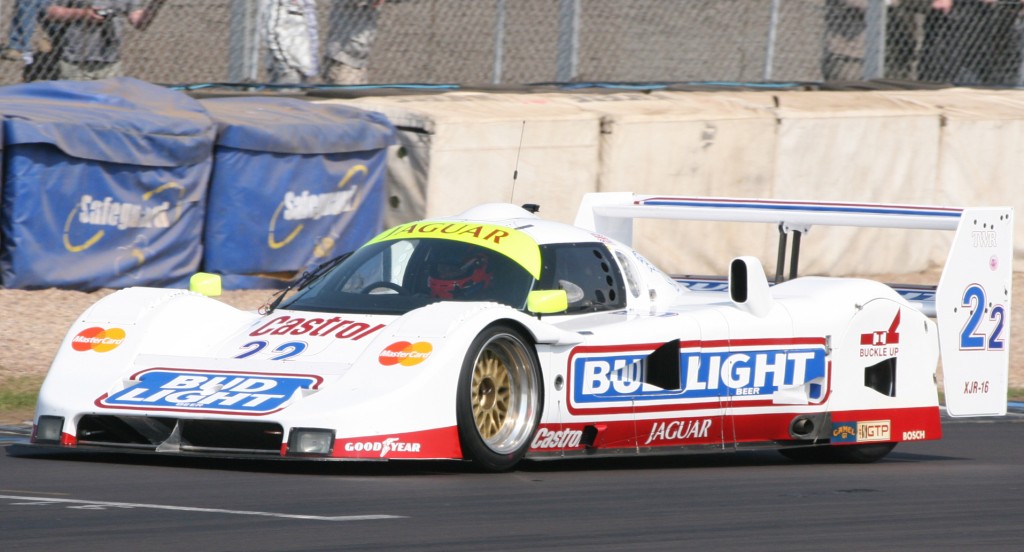 So, in the C1 class, Eric Rickenbacher in his Cheetah and Paul Stubber in the Veskanda will take on the Tic Tac Porsche and Jaguar, the Nissans of Steve Tandy and Kent Abrahamsson, Gareth Evans in the Silver Arrows Mercedes C11, Paul Whight in Aston Martin AMR1, and up to three Lancias.  Marking the 30th anniversary of the Porsche 956 (the model that won Le Mans in 1982 in the hands of Derek Bell and Jacky Ickx), Russell Kempnich is flying in from Australia, with his own 956.

The C2 class is for slightly less powerful – but no less exciting – Group C cars. The line-up here includes Don Miles in a Jaguar XJR 5B, Adrian Watt in the Argo JM19, Jonathan Fay in a Tiga GT2, and a trio of Spices: former Porsche racer Tommy Dreelan’s Listerine SE86, Peter Meyrick’s Cosworth DFV-powered, 2011 C2-winning Se89, and – from the USA – Mike Donovan in an SE88.

The Group C cars will be out on the track for qualifying from 12.40-13.20 on Saturday, May 5th and racing from 15.45-16.45 on Sunday, May 6th, so even if you can only make one day of the Donington Historic Festival, you’ll still be able to enjoy the Group C spectacle.

If you’d like to receive a complimentary ticket to the Donington Historic Festival then click here to see how.  Be quick though competition ends on the 27th April 2012.

If you miss out on our free ticket give away, then day tickets cost £18 in advance (£25 on the gate) and weekend tickets £30 in advance (£40 on the gate). Children aged 15 and under are admitted free. For more information, and to book tickets visit www.doningtonhistoric.com or call the 24-hour ticket hotline on 0844 873 7355.  Advance ticket sales close on April 27th.

Morgan Celebrates 70 Years of the Plus 4 With Anniversary Edition