As entries begin to pour in, star cars and drivers are lining up to present some hugely entertaining racing at the 2012 Donington Historic Festival (May 5th & 6th).
Early entrants include the Le Mans and Daytona 24 Hours winner and ex-Formula One driver Jackie Oliver, who has a ‘new’ Ferrari drive for the Festival. He will be sharing a 1961 250 GT SWB with Rohan Fernando in the Pre-’63 GT race. This early aluminium-bodied competition Ferrari had a short hillclimb career half a century ago, but has never been raced before, so makes its circuit debut at Donington. 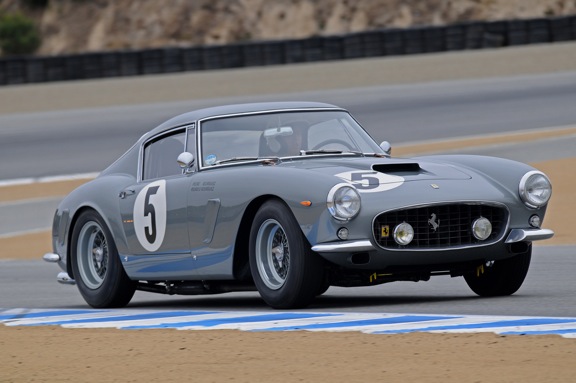 Jackie and Rohan will race against Lukas Hüni and Gary Pearson, who will drive Hüni’s stunning SEFAC Ferrari 250 GT SWB (above). The last SEFAC competition car ever built, this is the machine that Ricardo and Pedro Rodriguez took to victory in the 1000km of Paris in 1961. Coincidentally, in 1971 Pedro Rodriguez and Jackie Oliver joined forces to win the Monza 1000km – one of the renowned Mexican driver’s last-ever races.
Commenting on his new drive, Jackie said, “Now Kevin Wheatcroft has rescued the circuit from its near failure by the last administration, I’m both relieved and delighted to be back at Donington. This Historic Festival has now become the first historic meeting for a new season, which means – with much excitement – that we are all able to get back behind the wheel after the winter break. For Rohan Fernando and myself with his Ferrari 250 SWB it will be our first opportunity to see who and how we will compete against others in Carol Spagg’s Pre-‘63 GT series. As this is the first time out with this iconic Ferrari in racing prep by Pearson Engineering, it’s very interesting to see how it will perform. Also I will compete once more in the Laranca BMW TISA1800 for the U2TC series. It should be a great start to the 2012 classic season – and much to look forward to.” 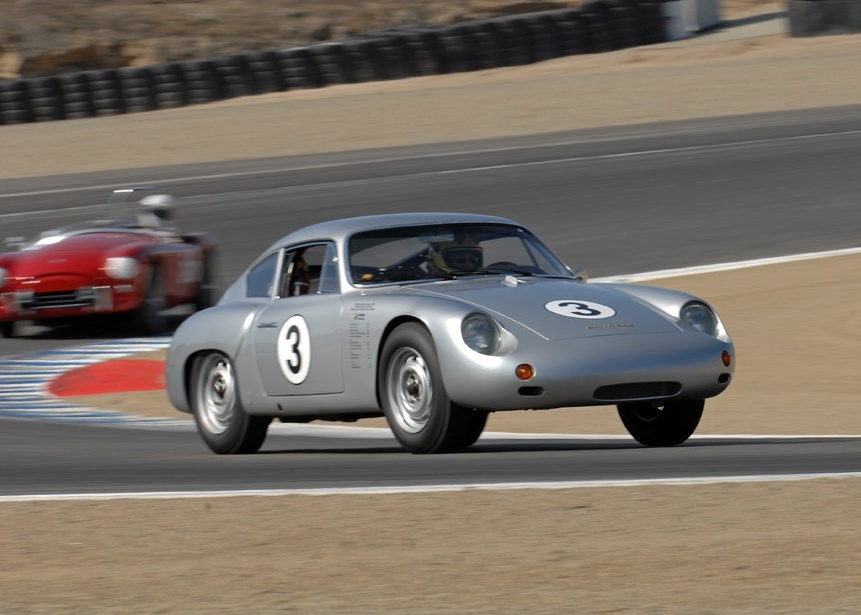 Another exceptional car in the Pre-’63 GT is the rare 1962 Porsche Carrera Abarth GTL (above); one of just 21 of these ‘giant killers’ ever built. Neil Tolich is travelling from New Zealand to share the car with Bill Wykeham for the event. Other well-known faces out on the track for the Pre-’63 GT will include musician Mark Knopfler, of Dire Straights and Sultans of Swing fame, who will share his AC Ace with Alain de Cadenet.
In the 1000km race, Rainer Becker, founder of the Zuma group of restaurants, will campaign his 910 Porsche against the Spanish historic F1 racer, Joaquin Folch, in the Escuderia Montjuïc Ford GT40 that won the 1968 1000km of Catalunya. 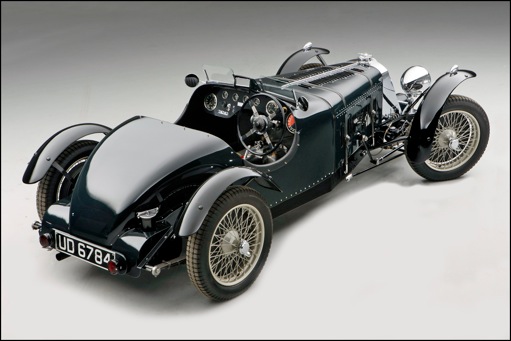 Finally, Jonathan Turner’s 1935 Squire Short Chassis (above) – an early entry for the ‘Mad Jack’ race for pre-War sportscars – is a very rare piece of British motoring history. The Squire Car Manufacturing Company had a tiny production run, building just seven beautiful, rakish cars before it was wound up in 1936. Squire’s founder, Adrian Squire, who was just 26 years old when the company closed, had worked up the initial designs – even producing a six-page catalogue – while still at school. Sadly, the cost of his dream car was to prove his undoing; at its launch the Squire was the most expensive sports car in Britain, costing approximately twice the price of a 2-litre Aston Martin.
I loved this event last year and will be going again with my son and friends.  If you’d like to go, you can go either complimentary courtesy of MyCarHeaven.com or buy tickets (information below).  If you are interested in winning tickets to the Donington Historic Festival click here.
Tickets and information
Day tickets for the Donington Historic Festival cost £18 in advance (£25 on the gate), while weekend tickets cost £30 in advance (£40 on the gate). Children aged under 16 are admitted free. Entry tickets and camping tickets can be bought via www.doningtonhistoric.com and through the 24-hour ticket hotline 0844 873 7355.
See you there!