Ok, maybe too brief.  Well this year’s Silverstone Classic delivered again.  I chose to attend on the Friday only, due to personal commitments.  Having never attended on a Friday previously, it was noticably quieter than the weekend as you would expect.  The Ferrari Owners Club were due to have 50 cars on show on the Friday, but some 130 on the Saturday, which gives you an idea of the increase in attendees on the Weekend days. 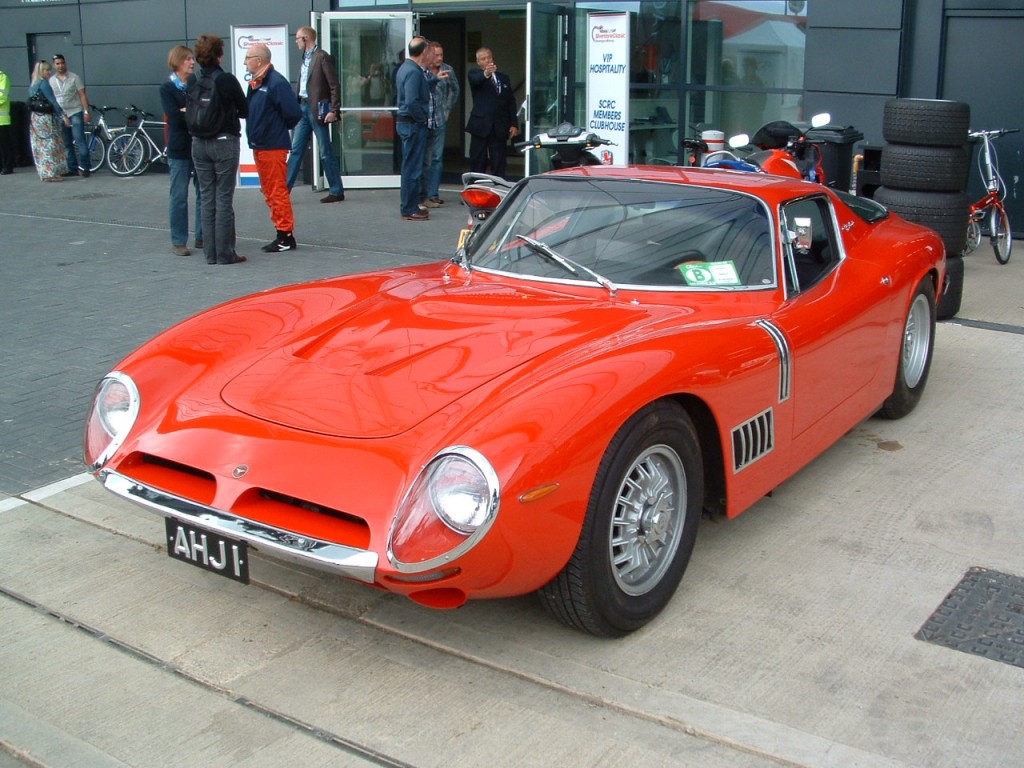 Car of the weekend for me was the this beautiful Bizzarini 5300 GT Strada (above), just above the Maserati A6G with Zagato Styling, which was epic (below). 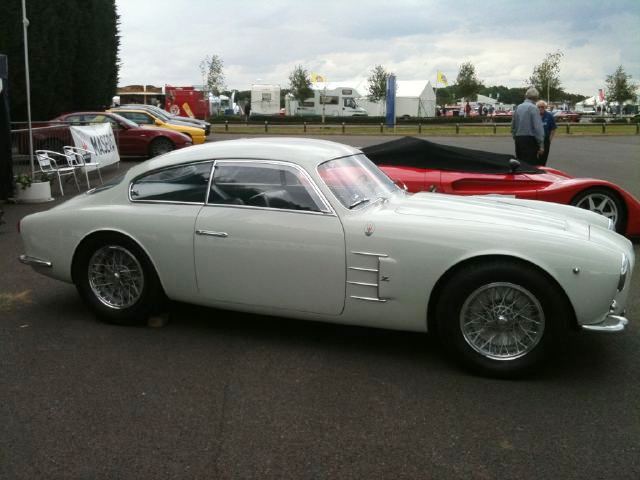 There were apparently 1104 race entries and more than 8000 classic cars on display, the 2011 Silverstone Classic laid claim to being by far the biggest race meeting ever staged in international motor racing history!

I’m looking forward to reading Ed’s Postcard from Silverstone shortly, as he attended over the weekend I believe, and we have the feedback to receive from our two competition winners Leah and Anthony.

This year I could not believe it, I did not see one race!  Yes I know, your probably saying, how?  Why?  I just chilled out, this being my 4th successive year attending, I did not have a massive urge to do so.  We ate and drank A LOT, spoke to many car dealers, looked at lots of the car displays and generally had fun.  The friend I was with even went from not ever having contemplated being a Jaguar E-Type owner, to being a big fan.  Only time will tell if he buys one.  Me, oh yes, a Jaguar E-Type is on my list of cars to own in the coming years, Silver or Gun Metal Grey with red leather interior, a roadster of course.

Staying the whole night, the one thing I thought could have been better was the location of the fun fair.  This should have been near the music area as it would surely have done better and I certainly would have spend a few pounds.

So there you have it, short and suite.  If you’ve never been make sure you go next year, I certainly will.  Who knows, keep following the site or follow me on twitter as we may have more free tickets to give away next year!

Our top 10 cars from the Concours of Elegance 2020