After the Silverstone Classic, what next for me…well looks like I will be attending the Chelsea AutoLegends for the very first time.

This year’s Chelsea AutoLegends builds on the huge success of last year’s inaugural show and, once again, will centre around a display of iconic cars that have contested the Le Mans 24 Hours, the world’s most famous motor race. 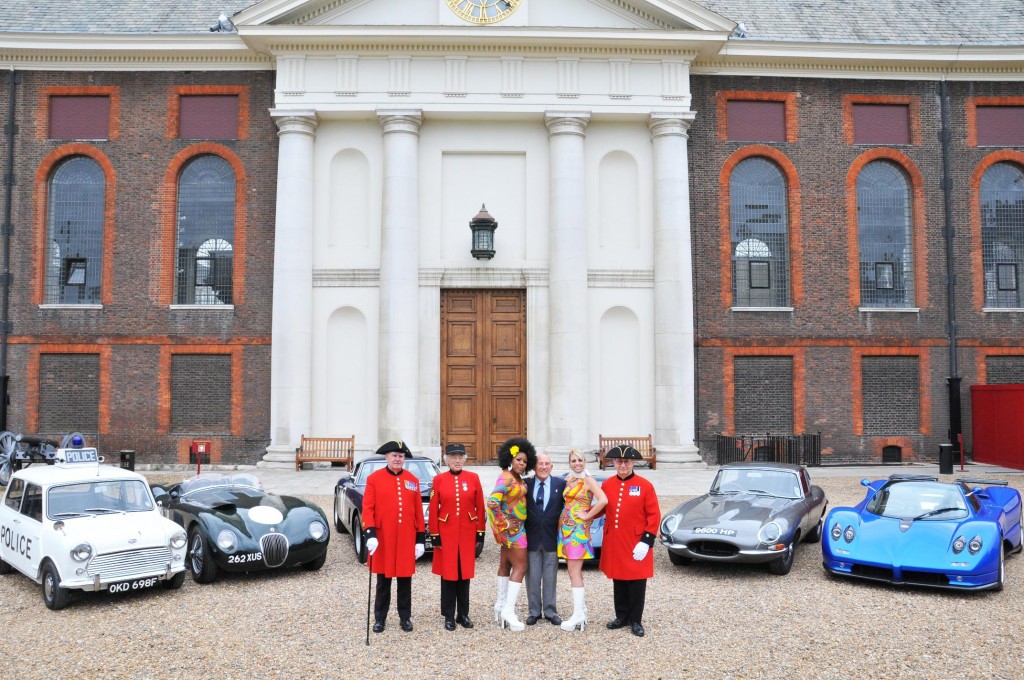 Adding to the celebrations there will be a special focus on the much-loved cars of the Swinging Sixties – a decade when Chelsea’s groovy Kings Road was the hub of global fashion, design and pop music. Chelsea AutoLegends also raises funds for the Chelsea Pensioners, residents of the Royal Hospital.

This year a special Showground area of Chelsea AutoLegends has been set aside to allow members of the public to display their unusual and rare cars.  However, I understand that this idea has become so popular that, with close to 200 confirmed entries, the Showground is already almost full. As well as Ferrari‘s, Porsche‘s, Maserati‘s and Lamborghini‘s, there will be examples of classic British marques such as Jaguar, AC, Lotus, Triumph and MG.
And there are some genuine rarities including a 1955 Swallow Doretti and a 1963 Fiat 900T van that once served the Scuderia Ferrari F1 team.
“The response from enthusiasts has been fantastic. We have been overwhelmed with some great cars, everything from supercars and sports cars to those family saloons so commonplace in the 1960s, but hardly ever seen today,” said Chairman Eric Verdon-Roe.
“With the Showground now nearing capacity we are reserving the remaining slots for very special cars that reflect three main themes of this year’s Chelsea AutoLegends.”
Held a stone’s throw from London’s King’s Road, many of the displays at the show will feature cars, events and fashions from the 1960s. There’ll be tributes to the Jaguar E-type, celebrating its 50th birthday this year, and to another 50-year-old, the Mini Cooper.
“We have reserved some Showground places for unusual Minis and Jaguars. If anyone has a Mini-based special, such as a Unipower GT or Mini Marcos, we’d love to hear from them. We would also like more Minis once owned by somebody famous – a Beatle or Peter Sellers perhaps – or a Cooper or E-type with a competition or interesting history,” said Verdon-Roe.
Chelsea AutoLegends will be packed with motoring memories. The event Patron is Sir Stirling Moss OBE, who will be joined by two-wheel ace Phil Read with other great motorsport names to be announced over the coming weeks.
But the cars and bikes will be the real stars. More than 30 classic Le Mans racers will be on display alongside countless other important historic machines. There’ll be displays of the brutal Group B rally cars of the 1980s and the ten most significant road cars of all times.
There will be cavalcades of supercars and classic bikes arriving at the show during the day, while themed displays include a special tribute to some of the British ‘Patrons’, the private race team entrants of the Fifties and Sixties, who took on the factory teams… and often won.
Tickets for this year’s Chelsea AutoLegends are now on sale either via the event’s new website or from the ticket hotline on 0844 581 0760. Those pre-booking can take advantage of considerable savings with adult tickets priced at £15 in advance rather than £20 on the gate. Underlining the event’s family entertainment values, accompanied children aged under 12 will be admitted free of charge.
Fancy a pair of free tickets, keep watching the site for a chance to win 1 pair of tickets for this years event.