I never got it, from the very first moment that I first heard that Aston Martin would make a city car, based on the Toyota IQ. At first I though it was a joke, but through 2010 and 2011 this appears to be a reality. 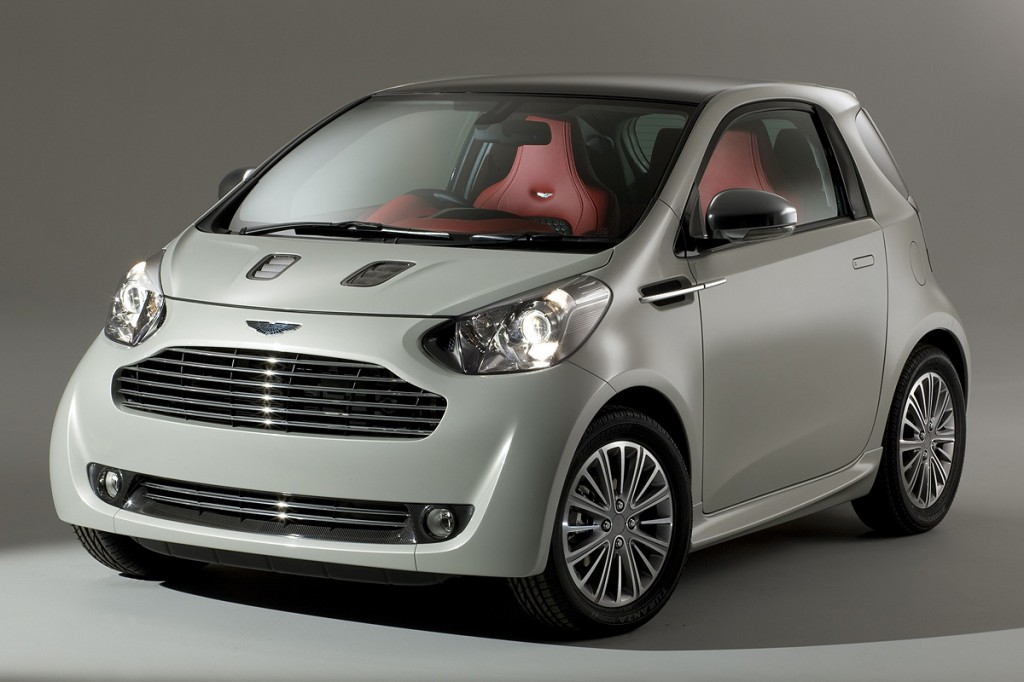 The company that has made many of the most desirable cars ever made and some of my personal favourites including the DB4 Zagato, DB9, DB5, DB3S, DB2 and One-77.  I thought this company stood for beauty, desirability, coolness.  Is the Cygnet any of these?

I understand the argument about lowering the companies overall CO2 emissions, but surely they could have taken into account their heritage and created an object of beauty.

Why not commission Zagato to design a lightweight electric car or hybrid or 2 litre sports car to compete with Mazda MX5, Honda S2000..something more beautiful and “Aston Martin” than the Cygnet.

Look at what Henrik Fisker delivered with the beautiful Fisker Karma, and this has 83 g/km CO2 emissions.

I personally think the Cygnet devalues the Aston Martin brand, the brand now becomes less special.  Yes I would still want to own an Aston Martin, but not a Cygnet.  I like many will shake my head in disappointment each time I see one, and think what on earth possessed the person driving to buy it.  The Cygnet is a Toyota IQ for £31,000, £20,000 over Toyota IQ list price, period.

On a final note, I refer you to Top Gears article on the matter in their March 2011 post.  Look at some of the comments from the Top Gear readers and you’ll see the majority of commentators agree with my disapproval.  What do you think about this direction from Aston Martin?

“There is only one way to deal with this, if you ever see anyone driving one of these point at them and laugh!”

“Who are they fooling,not only is it not a proper Aston, it’s not an Aston at all, it’s an ugly Toyota.I’ll have a DBS instead.”

“Over £30,000 for a car this size is madness. I can’t imagine what kind of person would even consider buying this.”

“It’s just a “Toyota IQ with a leather gear knob, Toyota crossed off, and Aston Martin written on in crayon” special edition for 31k? It’s worth more like 11k, AT MOST.”

“When I first heard of the Cygnet a year ago I laughed my ass of trying to make sense of why Aston would release this piece rubbish. Now with that price I think that Aston is just insane.”