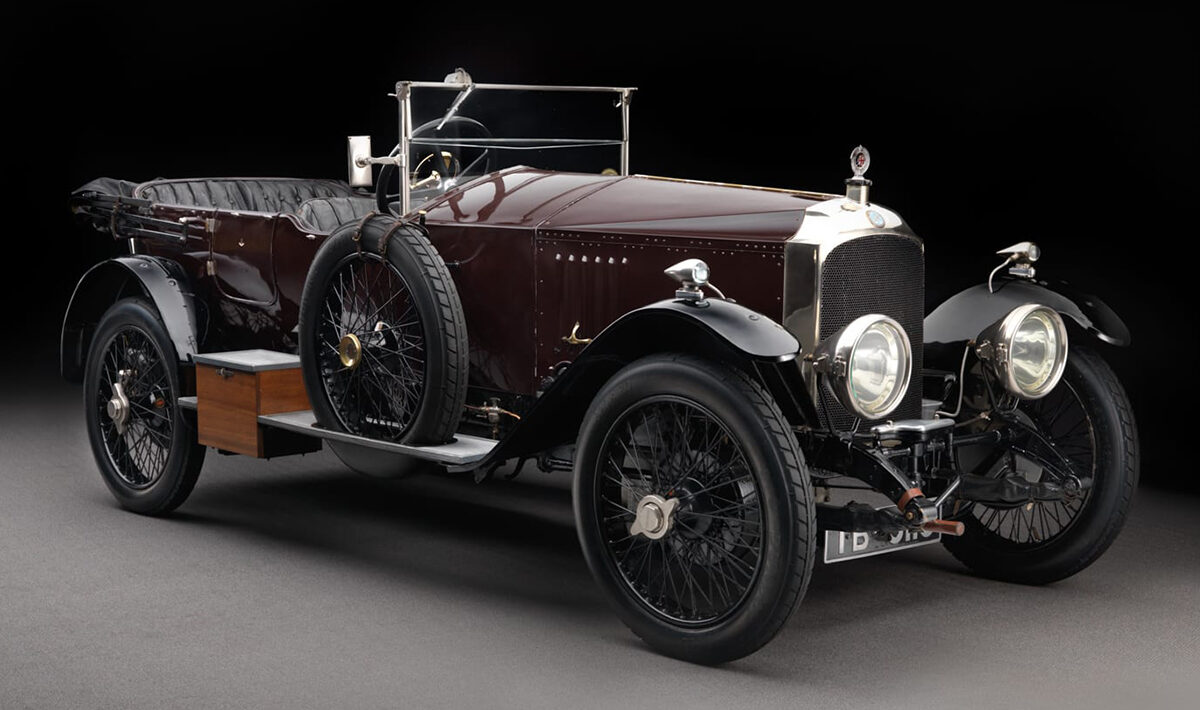 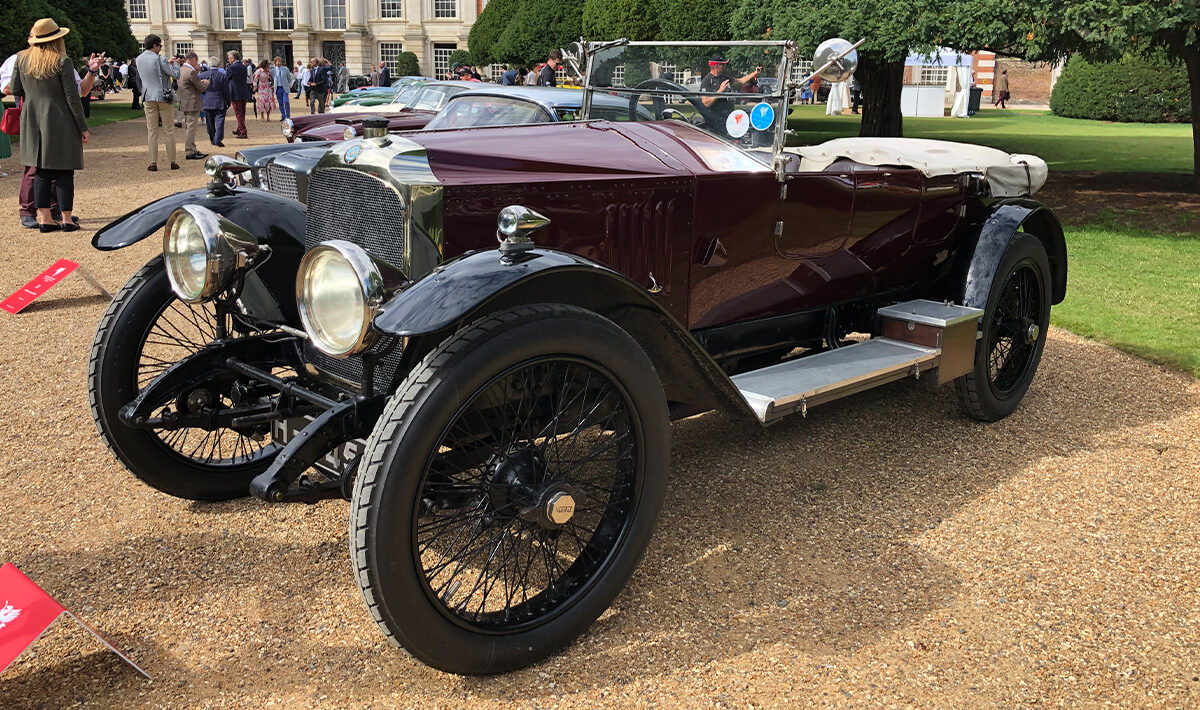 The 30-98 was manufactured by Vauxhall at Luton, Bedfordshire from 1913 to 1927. In its day, its best-known configuration was the Velox standard four-seater with an open tourer body. Velox – veloc – is Latin for swift or fleet, and it is the source of the English word velocity.

Vauxhall’s own description was the: “SuperExcellent 30-98hp Vauxhall-Velox Sporting Car.” The 30-98 is also known to enthusiasts by Vauxhall’s chassis code E (4.5-litre side-valve engine) or OE (4.25-litre overhead-valve unit). The 30-98 was the first car that was guaranteed by its manufacturer to be capable of attaining 100mph.

This picture of the H-8455 is a three-owner-from-new 1920 30-98 E-type, and was taken by me at the Concours of Elegance 2020. It has a four-cylinder 4.5-litre side-valve powerplant, two-wheel brakes and a ‘short scuttle’ body. Car number E251, it was driven from Leicestershire to London ahead of the Concours 100 years to the day since it left the works.

Its first owner was an Argentinian horse breeder who purchased it from the South American agent for Vauxhall; Harrods of London in Buenos Aires. It was used by the family for many years, including local race events in its later life. Colin Crabbe repatriated it to the UK in 1994 and, after restoring it, won a Vintage Sports-Car Club (VSCC) concours before immediately setting off on a series of worldwide rallies across Russia (where it was driven by HRH Prince Michael of Kent), India and San Francisco.

The current owners purchased the maroon and black Vauxhall in 2006. Since then, they’ve used it for every motoring activity they can think of, including family holidays abroad and VSCC racing, sprints, rallying, hillclimbs and more. The car is featured in Colin Crabbe’s book Thrill of the Chase, as well. In short, they say they think it is a fabulous car – if somewhat ‘patinated’.