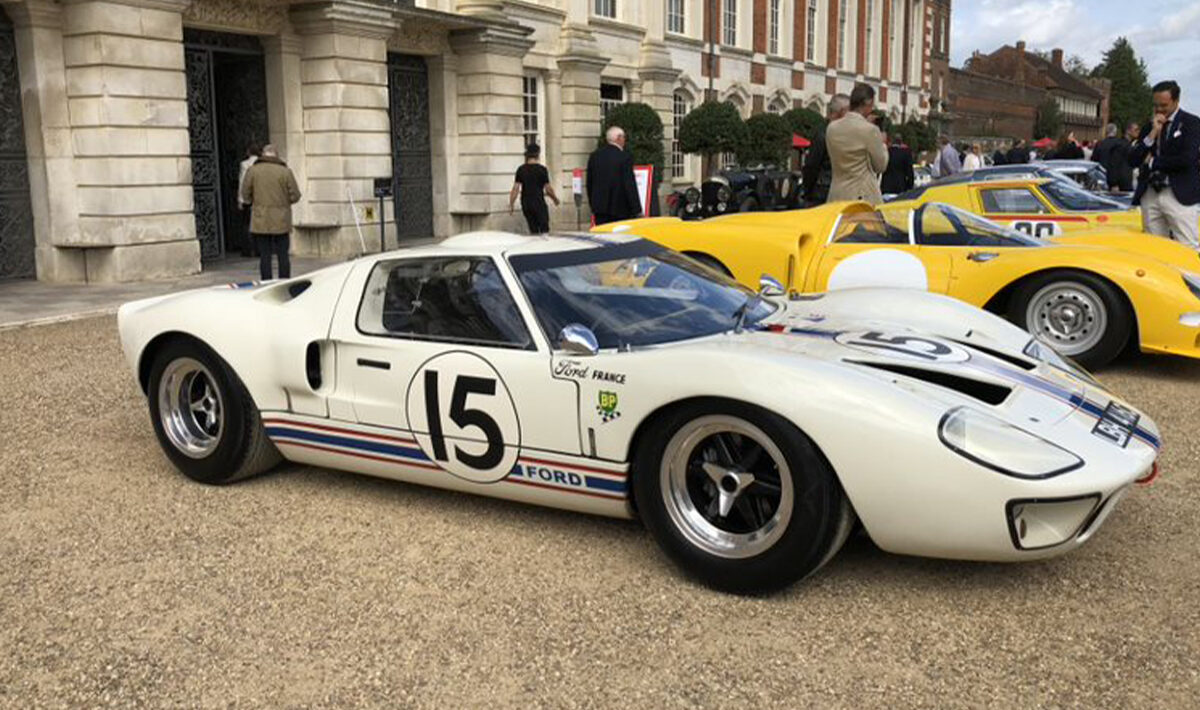 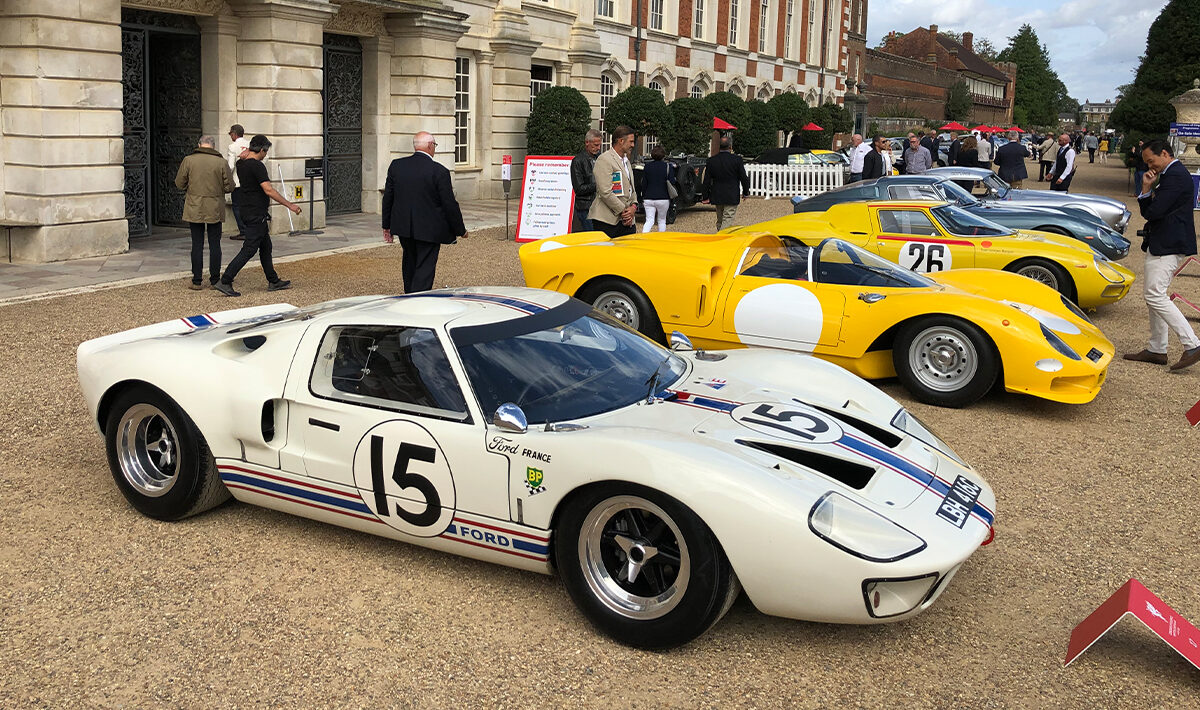 Five year before Enzo Ferrari sold half of his marque to Fiat in 1968, he nearly struck a deal with the Ford Motor Company. After 22 days of intense negotiations, Enzo walked away after he found a clause that he believed “seriously compromised the total freedom” he had been promised as racing-team director.

This so incensed Henry Ford II that he decided to beat Ferrari at its own game. A month later, the High Performance and Special Models Operation Unit was formed – and the GT40 was born. Here’s a picture I took of it at the Concours of Elegance in 2020.

Success wasn’t immediate, however. While the GT40s were undoubtedly fast, endurance was an issue, and it wasn’t until 1966 that the Blue Oval finally put an end to Ferrari’s six-year dominance of Le Mans by coming home in first, second and third places. Ford went on to win again in 1967, 1968 and 1969.

Completed on August 28, 1965, chassis 1007 was one of ten 4.7-litre production GT40s built during the ’65 season. UK registered LBH 416C, it was the second car allocated to Ford of France. Chassis 1007 was painted in the Ford France livery of white with a wide blue centre stripe, flanked by additional red pinstripes. It was exhibited at the Monza Racing Car Show and Paris Salon, and later that year made an appearance in the highly rated Claude Lelouch film Un Homme et Une Femme driven by lead man Jean-Louis Trintignant.

Its racing career didn’t begin until April 2-3, 1966, during the test days for the Le Mans 24 Hours, where it ran the best time of the Sport class – then going on to retire from the 24 Hours in May after 15 hours. It also scored sixth overall at the Monza 1000km, won its class in the Targa Florio and gained two wins at Montlhéry. Entered at the same circuit for the 1966 season-finale Paris 1000km, it slammed into a wall after sliding on oil and fuel. Sent back to Ford Advanced Vehicles in Slough,1007 was rebuilt and uprated to the latest specification with a new engine and lighter bodywork.

It then contested three rounds of the 1967 World Sportscar Championship (securing a class win and sixth overall at the Monza 1000km), before wrapping up its racing career at the Nürburgring 1000km, where it finished third in the Sport class and tenth overall. In its latter years it has taken part in many historic competitions, including the French Tour Auto and Coupes de Printemps.

Ford vs Ferrari. The love, then the rivalry…