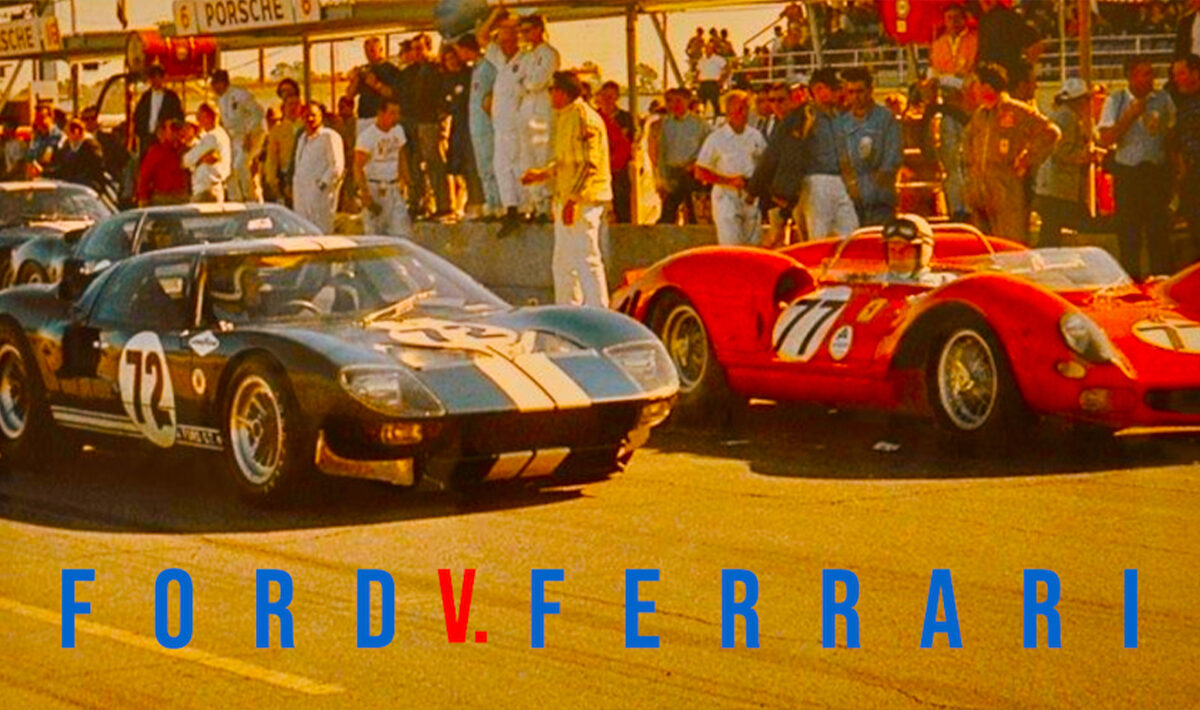 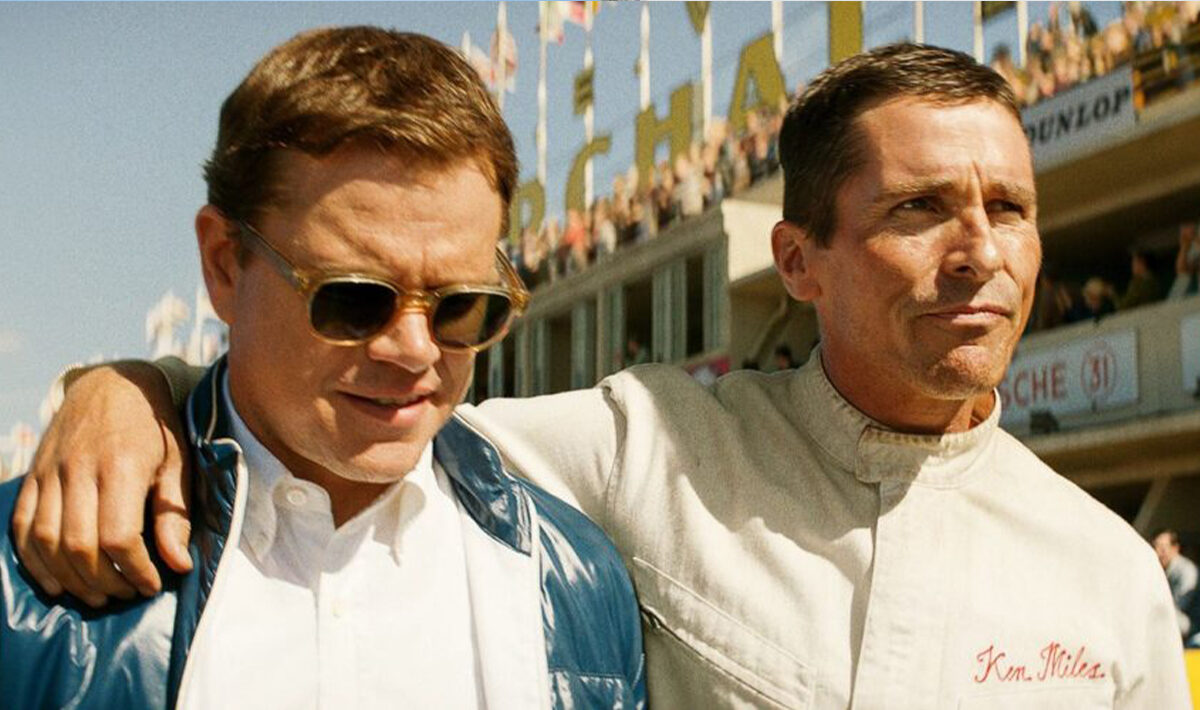 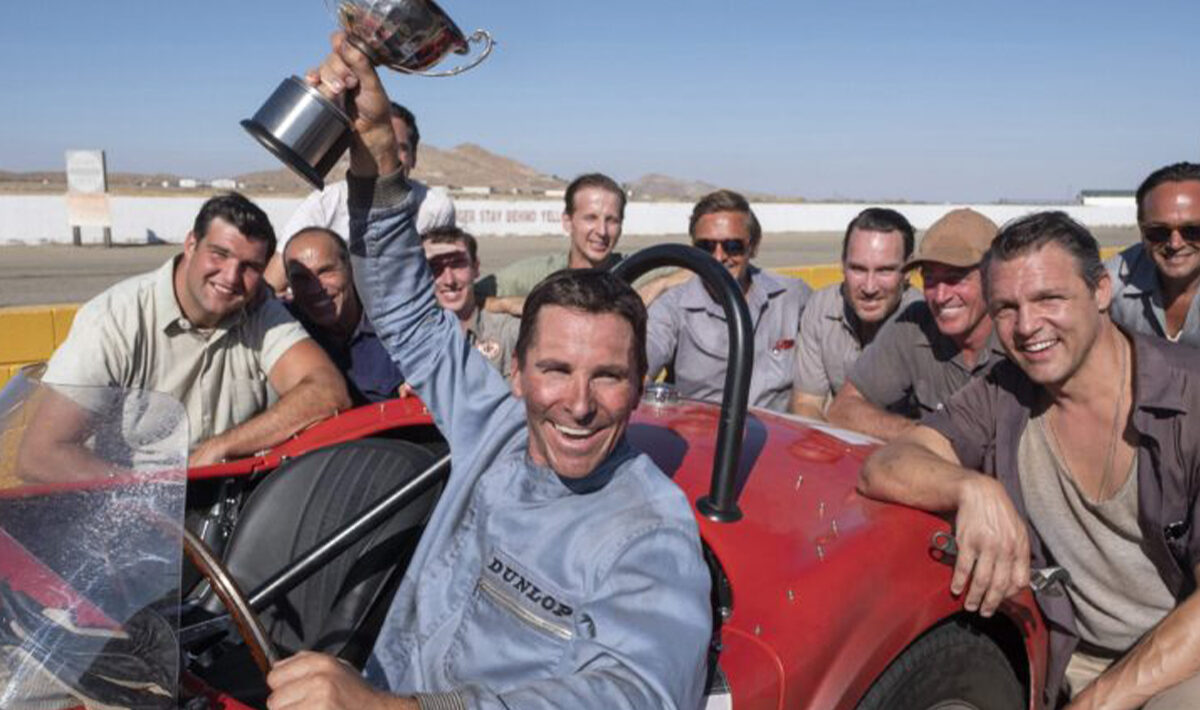 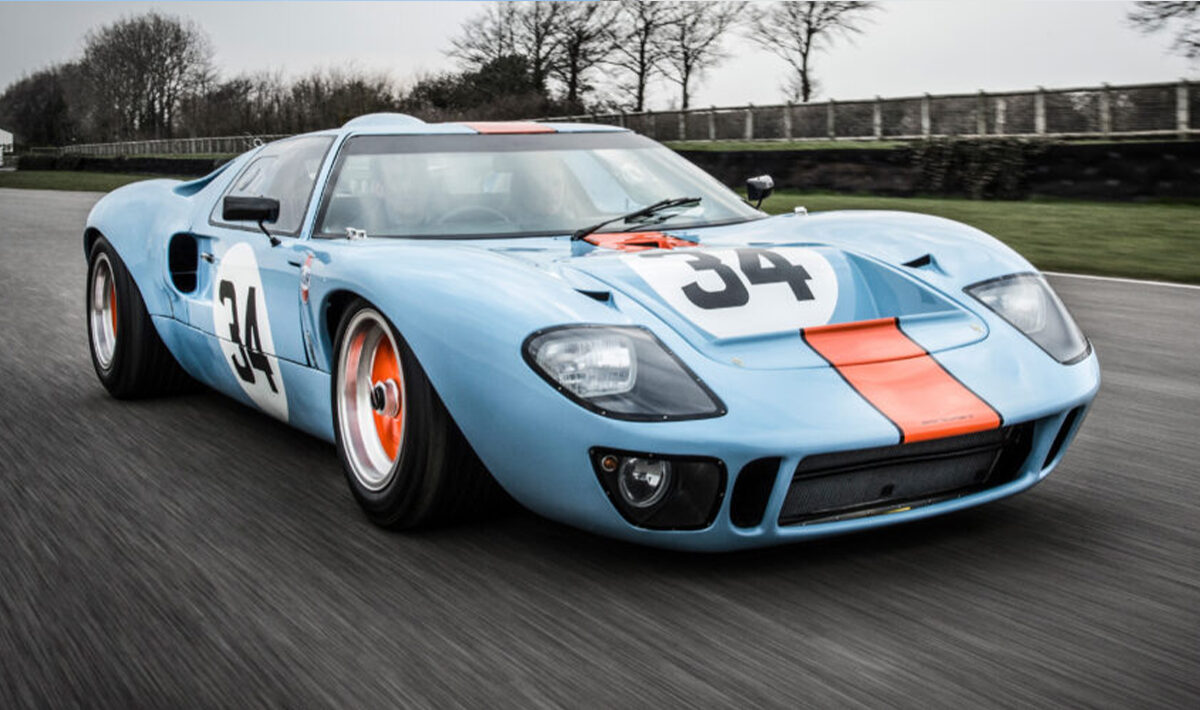 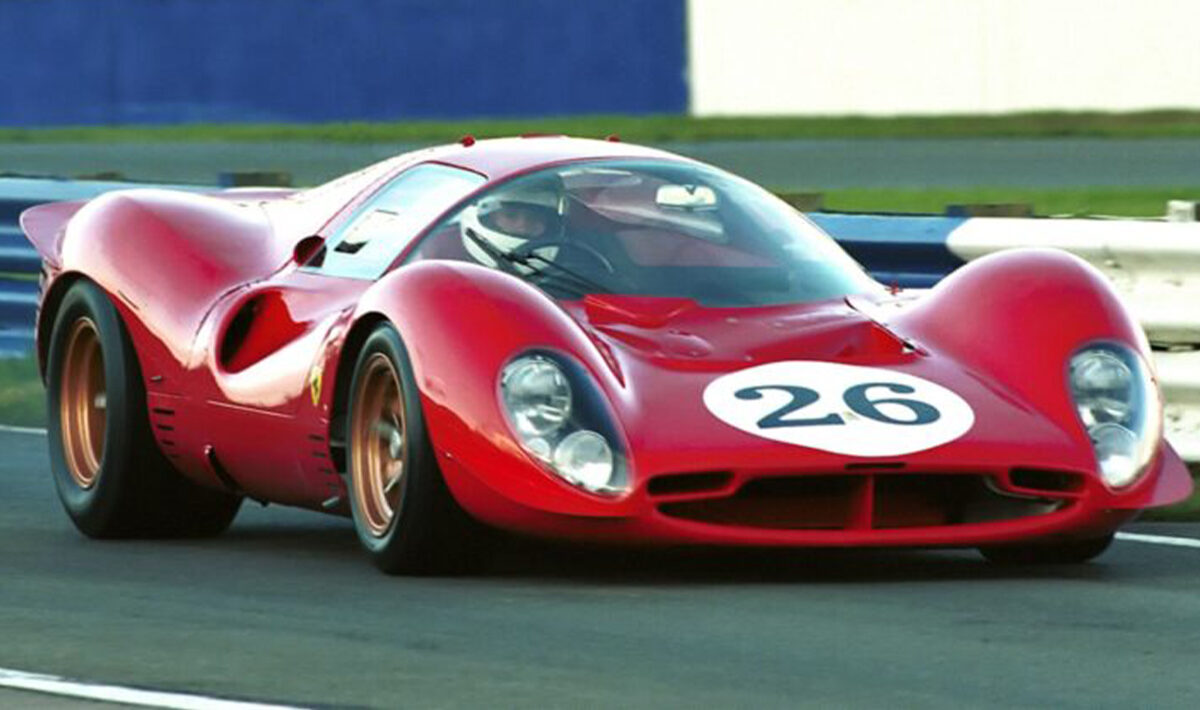 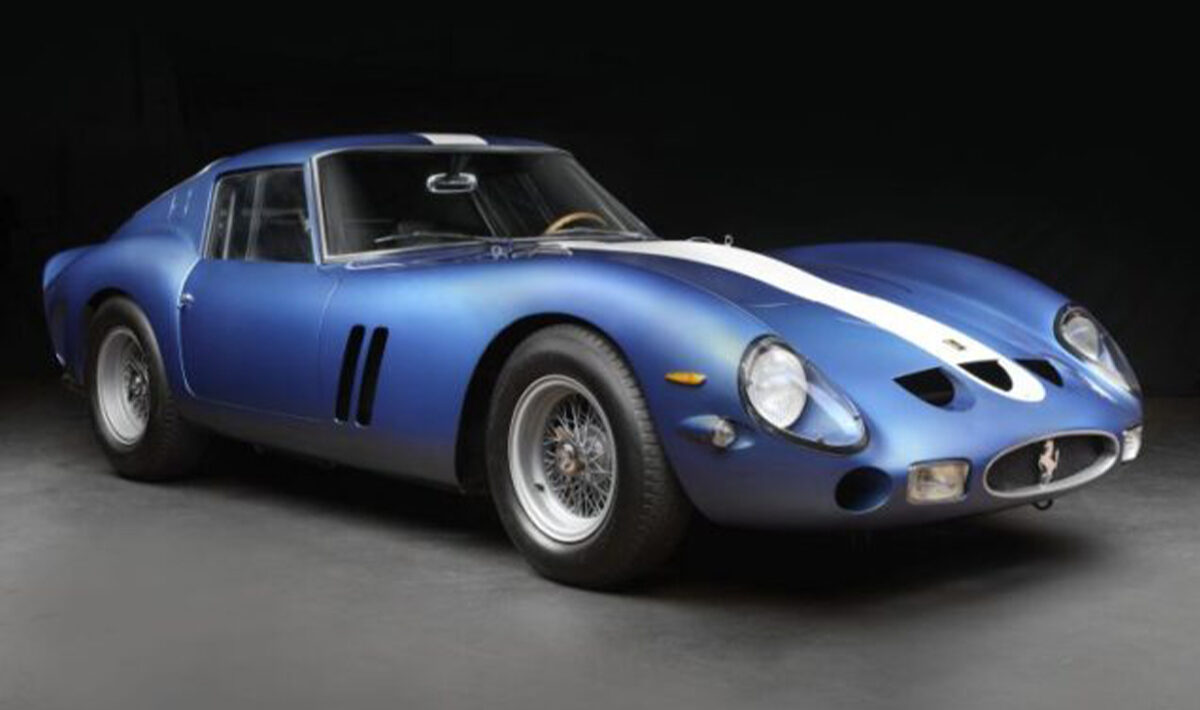 The Ford Vs Ferrari feud between two men from opposite ends of the motoring spectrum would spark one of the greatest rivalries in motorsport.

History is full of rivalries. Most stem from a grasp for power or damaged pride — a few are a mixture of the two. The most intriguing, contentious relationships though, are the ones that create the most legendary tales. Take the saga of how Henry Ford II—a.k.a., Hank the Deuce—attempted to buy Ferrari in 1963, sparking nearly a decade-long feud between him and Enzo Ferrari.

At its core, the Ferrari versus Ford story — which is told thrillingly in the recent Ford v. Ferrari film, starring academy award winners Christian Bale and Matt Damon — retells a botched business deal and the response of an egotistical, stubborn car titan who was inclined to splash out $25 million and endless amounts of engineering man-hours to avenge his pride. To Ford, that meant beating Ferrari in the world’s most prestigious race, the 24 Hours of Le Mans, which had been dominated historically by the Prancing Horse.

In the early 1960s, Ford was recognised for making family cars. Big, reliable, and affordable; ideal for getting little Laura to school, but not what you’d call desirable. The Mustang was four years away. Profits were floundering due to the Edsel debacle, as well as serious competition from GM and Chrysler. Something had to be done and quickly. Lee lacocca felt a sports car would transform Ford’s image, and Henry Ford II agreed. Just one problem; Ford didn’t make sports cars or have any experience building or racing one. European manufacturers did, and chief amongst these was Ferrari.

The exquisite Ferrari 250 GTO was first tested by Stirling Moss at Monza in 1961. 12 months later the GTO would place second and third overall at Le Mans. Ford wanted a slice of this success and when he flashed his cash Enzo seemed compliant. Henry Ford II spent a hefty sum conducting an audit of Ferrari, then sent representatives to sign a deal. Enzo was unhappy with a clause in the contract that yielded his financial control. He gave his firey displeasure to Ford’s executives in Italian, unleashing his opinion with full throttle. They were told, in no uncertain terms, that they worked in a “big ugly factory” making “big ugly cars” for a”pig-headed boss”. If Enzo’s intention was to attain an enemy, he’d certainly found one in Henry Ford II.

In retaliation, one month after the deal fell through, a new Ford operation began in the UK. Instructed to create a Ferrari-beating GT, the team, led by Ford engineer Roy Lunn, with Eric Broadley of Lola as chief engineer, started work. The race team was created by John Wyer, with help from Carroll Shelby. With only ten months to go before the 1964 Le Mans race, work at Broadley’s garage in Bromley on the new GT went into overdrive.

Their rapid pace managed to produce the GT40 on time in April 1964, but it was not without problems. Creating this majestic machine so quickly resulted in some serious aerodynamics problems. It was undoubtedly fast but the GT40 was also unstable at high speed, with breaks that were frankly lethal. Ford engineers calculated that when the brakes were hit at the end of Le Mans’ Mulsanne Straight, the rotors of the front brakes would heat up to 1500 degrees Fahrenheit in seconds, causing complete failure. Test driver at the time, Bruce McLaren, suggested they fit a rear spoiler. It was was all that could be done in time and, unsurprisingly, it wasn’t enough. All three GT40s retired just two laps into the 24-hour race. A humiliating lesson for Ford, made even worse with Ferrari’s dominant 275 P winning. Back to the drawing board…

When Ford lost again to Ferrari in 1965, it was legendary Los Angeles car designer Carroll Shelby that Ford brought in. Played by Matt Damon in the Ford Vs Ferrari film, his Shelby Daytona (based on the AC Cobra) managed not only to finish Le Mans in 1964, but to win its class. To reduce the GT40’s drag, Shelby redesigned the body intakes and exhausts, as well as fettle the engine to produce an astounding 450bhp. With the car now improved considerably, and with Ken Miles (played by Christian Bale) sharing the driver’s seat with Lloyd Ruby, Ford won its first victory at the Daytona 2000. However, the rest of the season, including Le Mans, would all go Ferrari’s way.

In 1966 Ferrari introduced the 330 P4 with its F1-derived cylinder heads and entirely new V12 engine. It proved just as competitive as its predecessor, winning the Monza 1000km on its debut. Ford’s task suddenly looked even tougher. The GT40 was also winning at Daytona and Sebring, but the European races were still all going Ferrari’s way. Le Mans would be the decider…

Shelby and Miles got to work on improving the handling and stability of the vehicle by upgrading its aerodynamics through flow testing. They taped wool streamers to the exterior of the car to access how air traveled over and around the vehicle. The cleaner a car cuts through the air, the less power is needed to propel the vehicle, which leads to less fuel consumption. If the yarn lay flat, they were on the right track. If not, it meant there were flaws in the car’s design that negatively affected downforce and stability. The collected data allowed Miles and Shelby to make body and suspension changes that allowed the GT40 to be more stable and maneuverable on the track.

The team used a dynamometer to address reliability issues. Putting an engine on a dyno, as it is commonly known, is standard practice today, but it was revolutionary in the mid-sixties. A dynamometer is a device that measures power, force, and speed — letting you figure out how much power you need or how much you have available. The experimental team taped practice sessions before Le Mans and programmed a dyno to recreate the stress points on the track. Then they ran the engine for 24 to 48 hours on the dyno, recreating the conditions the engine would face during the race, ensuring it wouldn’t break down before the finish line.

All their hard work paid off, and the GT40 Mk. II was born. The early stages of the race saw the P4s constantly swapping places with the GT40s but, several hours in, Ford drivers Bruce McLaren and Chris Amon began to pull away. By nightfall, however, Ferrari had caught up. The night saw heavy rain, causing two Ferraris to spin out and leave a single P4 in the lead. The final Ferrari would dominate the majority of the race into the next day, until a tyre burst and the car retired. That left the three remaining GT40s to famously get into formation before crossing the line in first, second, and third.

The finish wasn’t without controversy. With the race approaching its final stage, Miles was well ahead of the competition and about to end Ferrari’s dominance at Le Mans. He was about to become the only driver to win the world’s three biggest endurance races — the 24 Hours of Daytona, 12 Hours of Sebring, and 24 Hours of Le Mans — in the same year.

Leo Beebe, Ford’s PR guru, suggested they could rub the salt in Ferrari’s wound by celebrating the win with a picture of the trio crossing the finish line together. Shelby was instructed to tell Miles to slow down and let the other GT40 teams catch him up. This resulted in Miles being told after the race that he hadn’t won! His teammate Bruce McLaren did. McLaren started several cars behind Miles. Despite Miles driving faster until the very end, McLaren actually travelled farther faster, as Miles intentionally slowed down.

Tragically, Miles never raced at Le Mans again. In late 1966, he was testing a Ford race car at the Riverside International Raceway in California when he lost control of the car and crashed. Miles did not survive the accident.

The Deuce, however, got vengeance once again the following year at Le Mans when a Ford GT40 Mk. IV, which was built by Shelby won the 1967 race. Ferrari came in second.

To get a complete immersive understanding of Le Mans, I recommend watching the 6 part documentary Le Mans: Racing is Everything on Amazon Prime. Shot in breathtaking 4K and with unprecedented access to 6 of the teams competing for glory, this shows you motorsport as you’ve never seen it before.

The Ford GT40, the ultimate American supercar is still one of the most collectible cars in the world, with a price that would make any driver’s hair stand up. The 2020 Ford GT price starts at $500,000, while the track-only Ford GT Mk. II sells for a mere $1.2 million. This made it the first car from a Ford factory to cost over $1 million. Even more astounding is a Ford GT40 recently became the most expensive American car ever sold. A 1968 Ford GT40, used in the 1971 racing film Le Mans when it was driven by Steve McQueen, was bought for $11 million at the RM Auctions sale in Monterey, making it the most expensive American automobile ever sold at auction. Revenge, it seems, still pays. 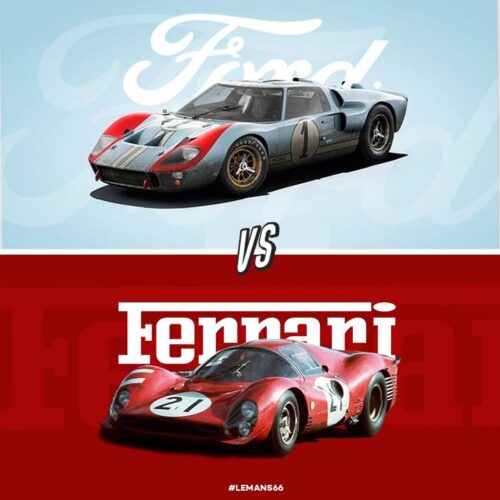 The Silverstone Classic 2022, what an amazing car show

Our amazing photos from the 2022 Silverstone Classic

25 Reasons The Silverstone Classic Will Live Up to its Name