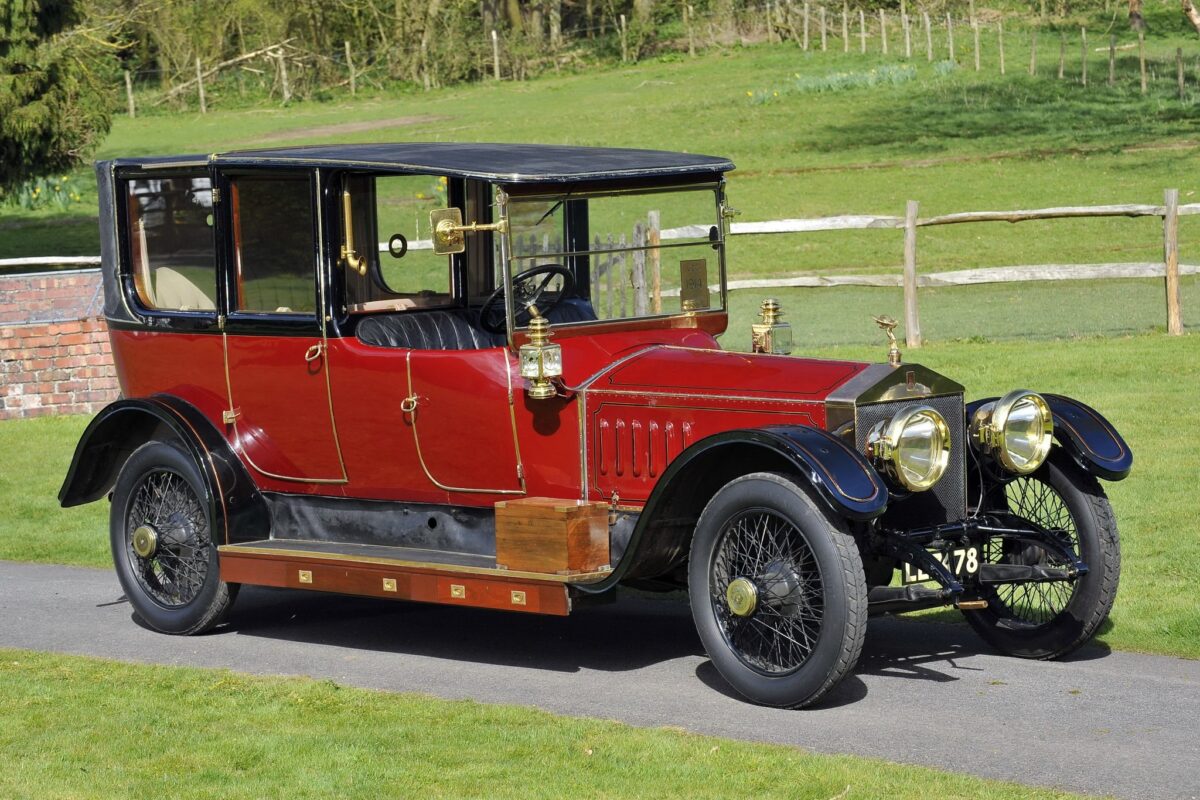 The Rolls-Royce Silver Ghost was the standard-bearer for a new level of luxury car – and would set the tone for the marque right up to the present day.

Although the Silver Ghost was one particular car, the name stuck and it was eventually applied to the 40/50HP model in general. I saw the 32 PB (pictured) at the Concours of Elegance in 2020 and was fascinated to learn its history, with its life starting as an Angus Sanderson two-seater tourer. It first took to the road in March 1914 under the stewardship of Sir Frederick Mills, a British iron and steel magnate and Member of Parliament.

It was bought in 1943 by Sargent & Brooker, and sold to an A Bashore in 1947 and exported to the US. It remained in his possession until 1959, when Ben Paul Moser of Santa Barbara, California, took ownership for the next 30 years. In 1973 it had a Wilkinson Open Tourer body fitted, which it still wears today.

The car’s next owner was Ed Swearingen, who collected it from Moser and delivered it straight to Rick’s Auto Restoration in Wellington, Kansas, for a full restoration. Swearingen was a noted aircraft designer who had already restored several Rolls-Royces, and would make some subtle modifications to the Wilkinson body to duplicate a correct London-to-Edinburgh body configuration. He would also modify the car further for ease of use – adding the external engine-oil sight glass on the sump and the oil feed to the external valves. Once restoration was complete, the car was entered into the 1990 Pebble Beach Concours d’Elegance, where it finished first in class. It caught the attention of David Morrison, who was on the judging team.

Nine years later, Swearingen, his wife and their dog were taking part in the Silver Ghost Association Tour of Hill County in Texas with 32 PB. David Morrison got a chance to drive it, fell in love and expressed an interest in buying it.

Four years later the deal was done, and the car was soon on a tour with Mr Morrison, the Silver Ghost Association’s Bridge Tour of Indiana. The car was chosen to be used on the official poster for the 2004 Pebble Beach Concours, and the original Bill Motta painting hangs on the walls of the Rolls-Royce Works. Around this time, the car was sent to P & A Wood for improvements. Since then it has had two more owners, and it now forms part of a private collection.

What an epic car. We love it.