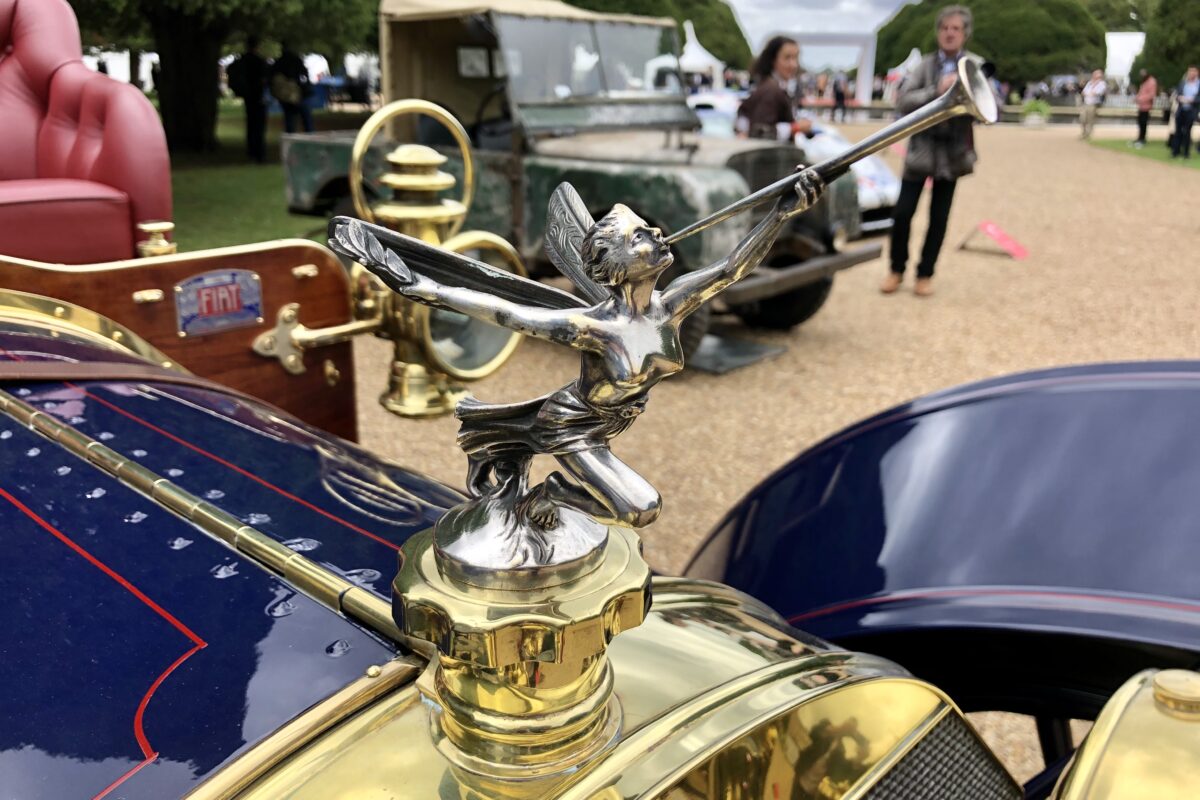 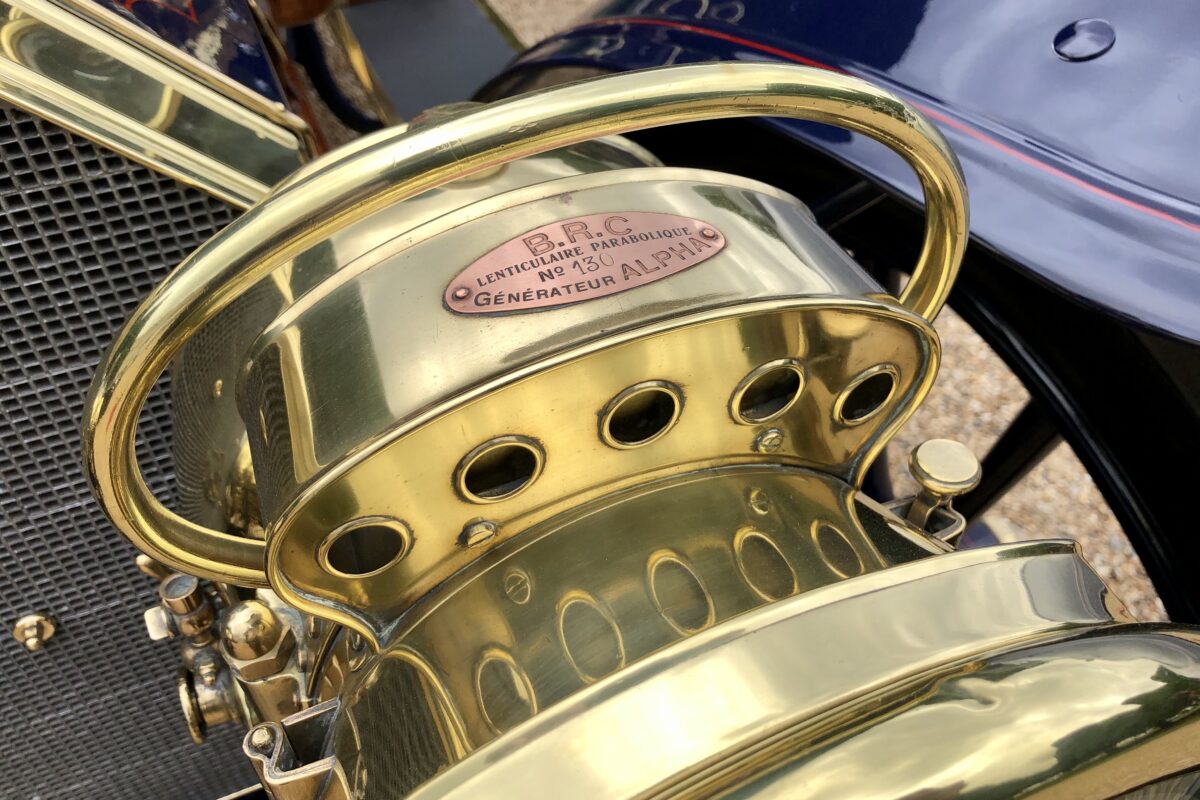 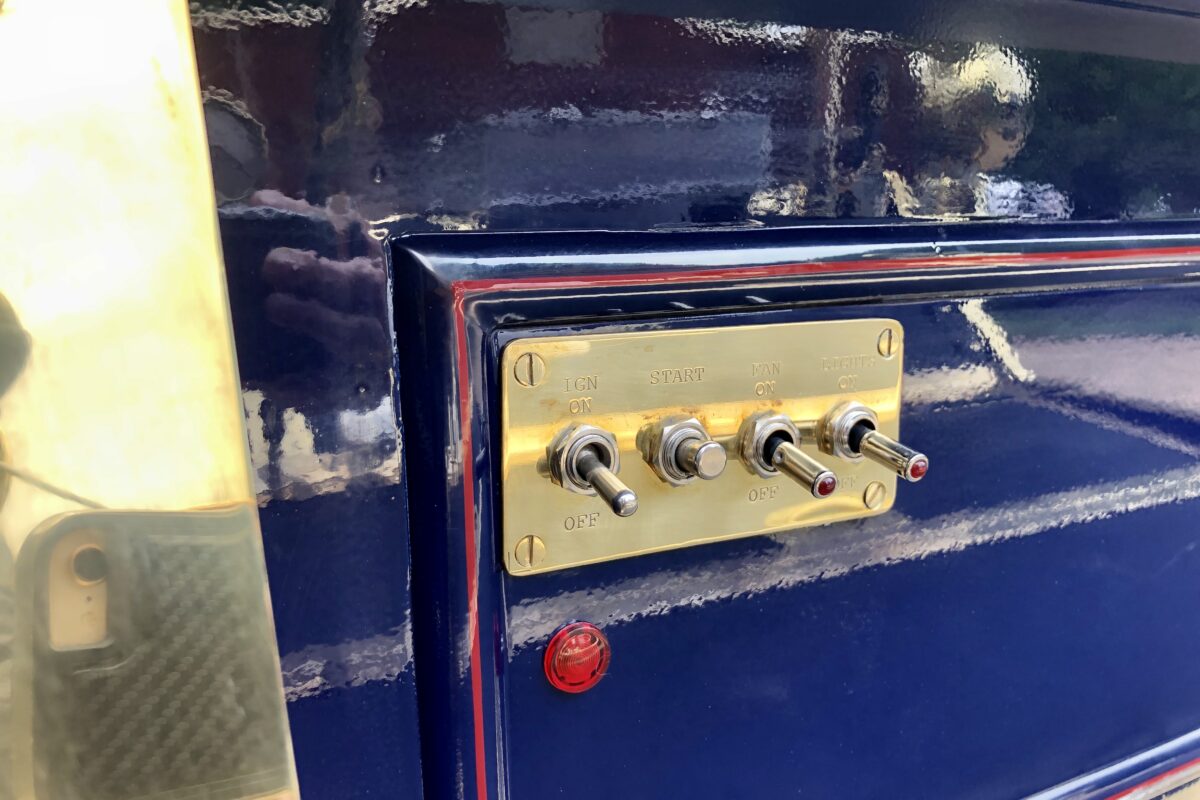 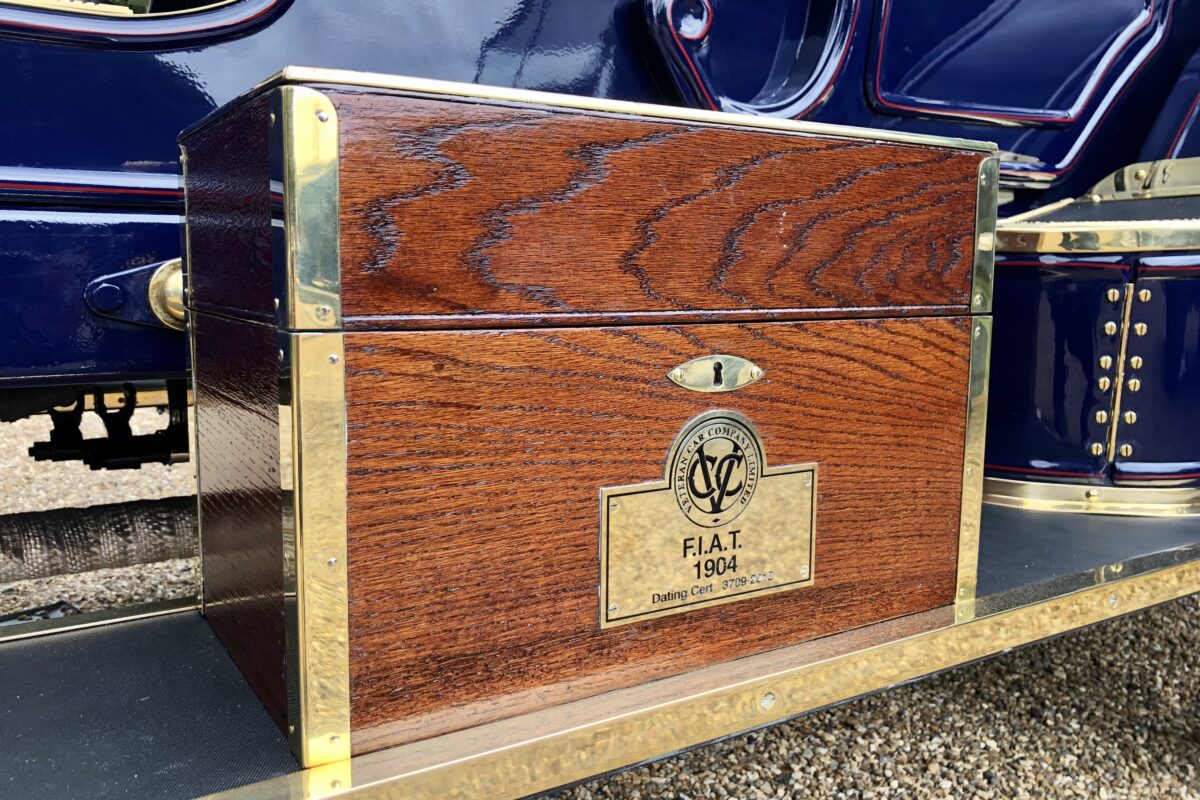 I saw this classic motor at the Concours of Elegance a couple of years ago and want to share with you the pics I took and what I learned about its history.

Fiat (Fabbrica Italiana Automobili Torino) was founded in Turin by a group of aristocratic motoring enthusiasts, and built its first car in 1899,  The Type 24/32 was introduced in 1903 and remained in production until 1905, by which time over 400 had been completed. As far as is known, only five still survive. The 24/32 was built in three series with engines of 6371cc (35bhp), 6902cc (40bhp) and 7363cc (45bhp) respectively. This Fiat is the second series.

Its 6.9-litre four-cylinder T-head engine transmitted its power to the rear wheels via a four-speed ‘box and twin-chain final drive. There were brakes on the transmission and rear wheels only, and the Type 24/32 chassis was available in three wheelbase lengths. Top speed was around 120km/h depending on the coachwork. These were expensive cars, available at New York Fiat importer Hollander & Tangeman for $9000.

Chassis No.745 was ordered new by Mr and Mrs George Agassiz of Cape Cod, Massachusetts. The Harvard academic married Mabel Simpkins on June 27, 1902, and on honeymoon in Europe in 1903 they visited the Fiat factory in Turin. They duly ordered a Type 24/32, which was completed in June 1904 and shipped to their Cape Cod home. Wearing licence no.3089, the Fiat was the second car in Yarmouth Port at a time when only 16 had been registered on the entire Cape. For some 28 years Mabel and her brother, Charles Ritchie Simpkins, drove the car all over the Cape.

Following Charles 1931 death, Mabel had the Fiat buried on the family estate at Sandyside. It was lowered upside down, minus body and with its wheels on the belly pan, into a large hole. Ten years later, Ted Robinson, a founder of the Vintage Sports Car Club of America, learned of the buried Fiat while holidaying on Cape Cod. He obtained permission to disinter the car and was able to buy it for $50. The model subsequently changed hands several times before being bought in 1952 by David Uihlein of Milwaukee for $500

In 2007, upon coming up for auction, the Fiat was presented to the Veteran Car Club of Great Britain for dating. A long and extensive programme of research followed, involving Fiat Centro Storico and Turin’s Biscaretti Museum. A copy of the original Type 24/32 ledger was obtained, giving details of the build and delivery of chassis 745, together with technical drawings. The car was granted a definite manufacturing date of 1904 (Dating Certificate number 3709) to go with the 58-page research report. Since 2007 the Fiat has competed in every London to Brighton Run without missing a beat. It’s been extensively restored by the current owner, and is now ready to embark on the next chapter of its adventurous life.

Beautiful isn’t it. We love it.