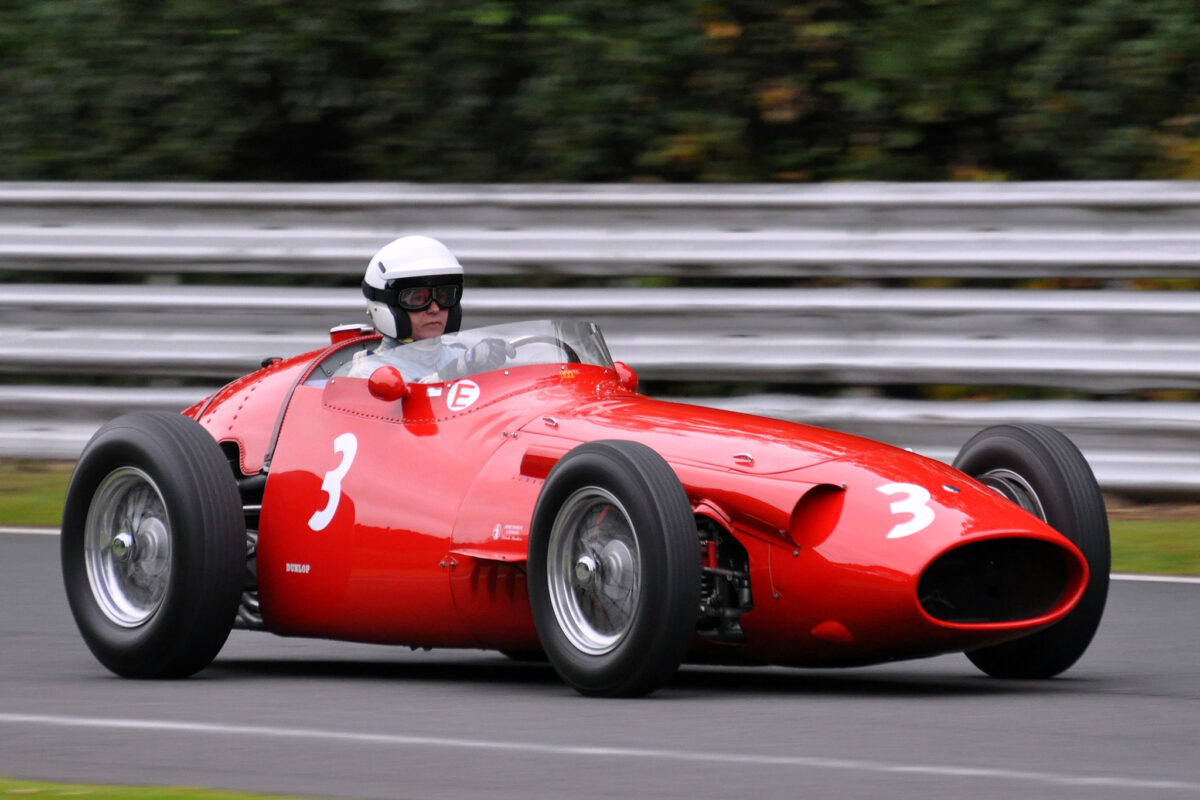 Before World War Two, there was no Formula 1. Drivers and teams competed in the European Championship of Grand Prix motor racing during the 1920s and 1930s, and although there had been various attempts to create a World Championship, nothing was formed until 1946, when a new racing formula – Formula 1 – was finally agreed.

The first-ever Formula 1 race, the Turin Grand Prix, took place in 1946, but the World Drivers’ Championship did not become formalised until 1947. And it wasn’t until 1950 that the first Formula 1 World Championship race took place －the British Grand Prix at the former airfield-turned-circuit of Silverstone. It was another eight years before a Championship for constructors followed. The cars in those early days of Formula 1 were all front engined with narrow tyres, and all complied to the supercharged 1.5-litre or non-supercharged 4.5-litre regulations. Alfa Romeo, Ferrari, Mercedes-Benz and Maserati dominated, although the British later found success with Vanwall.

By the end of the 1950s, Brabham had proven that rear-engined cars were superior in F1. Yet more innovations came, many through Lotus, such as monocoque chassis and aerodynamics-particularly the famous Lotus ground-effect cars of the late 1970s. Electronic aids and active suspension followed, but were later banned, and during more recent years safety of the cars and the tracks has finally become a focus, particularly after the deaths of Roland Ratzenberse and Ayrton Senna at the 1994 San Marino Grand Prix. Since then, the cars have progressed to perfect power, efficiency, aerodynamics and safety, and privateer teams have returned to Formula 1 to join the likes of Ferrari and Mercedes-Benz.

In 2022 the Formula 1 World Championship will reach its 72nd year. In light of this, here are 3 seminal cars that have graced the championship during that time.

This was the year when F1 went hi-tech- and the car that did it better than anything else was this Adrian Newey-designed masterpiece. The V10-powered FW15C featured semi-automatic transmission, traction control, power steering, anti-lock brakes, telemetry and, most controversially, hydraulically controlled active suspension.

In 1993, though, not much could catch the FW15C, and Alain Prost cruised to his fourth World Drivers’ title ahead of Ayrton Senna. Third place in the Championship that year in FW15C chassis 02 went to a young British driver, Damon Hill, who took three wins, four seconds and a third in what was his very first year in F1.

Low, lithe and spear-like with a 3.0-litre V12 dominating the space just behind the driver’s head, the 312 F1/67 was from a time before big wings and aerofoils. The 312 was designed by Enzo Ferrari and Mauro Forghieri, and it first arrived in Grand Prix racing in 1966. The 1967 version, of which four were made, boasted 412bhp, and Chris Amon drove it three times that season-a year in which Ferrari had a particularly tragic start. The last 312 F1/67 to be built, chassis number 0007 had its first race at the Italian Grand Prix 53 years ago this September.

One of the true greats of the early days of the Formula 1 World Championship, the 250F was created by Gioacchino Columbo and engineer Valerio Coletti. During the 1955 season, chassis 2516 was mostly driven by Jean Behra, one of two factory drivers.In chassis 2516 he won at Pau and Bordeaux, and took a podium at Syracuse Grand Prix.