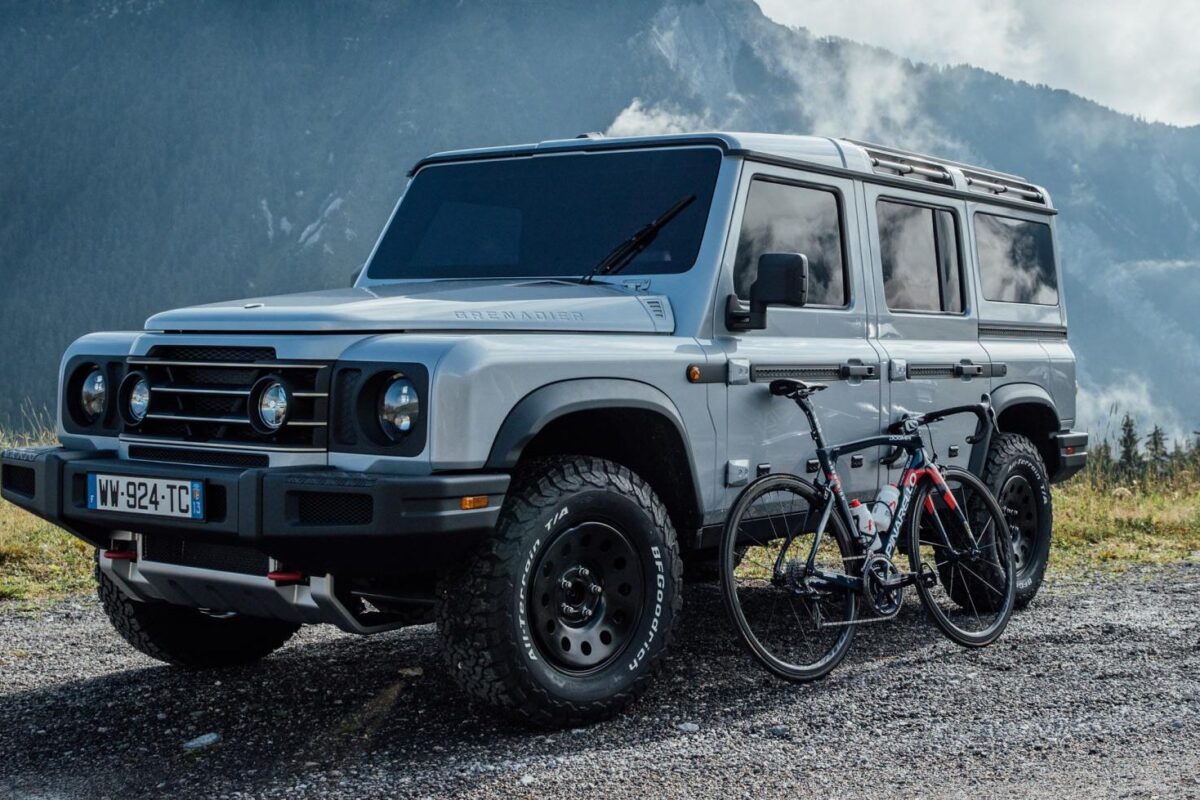 Prompted by the obvious gap in the market left by the original Land Rover Defender and other go-anywhere vehicles, car enthusiast, adventurer and head of the INEOS group of companies Sir Jim Rateliffe decided to create a true back-to-basics, no-frills 4×4. I was one of the first to see the Grenadier prototype at the 2020 Concours of Elegance, alongside other classic icons of the four-wheel-drive world, including a 1940s Willys Jeep (below) and a 1980 Suzuki J40. INEOS also unveiled the first-ever production Land-Rover.

The Willys Jeep is thought to have been used by the Navy and then, once decommissioned, was bought by a family in Halifax to use on their dairy farm. When it expired around 1965, it was laid up in a Nissen hut – and it was finally restored in 2018.

The Suzuki was built for its home market, and is a recent import having been freshly restored in Japan.

As for the Grenadier, it was conceived to be a capable, durable and reliable 4×4 designed and built to handle the world’s harshest environments. It’s created from the ground up on an all-new platform, and is now undergoing testing with the aim of completing 1.8 million kilometres on- and off-road over the next few months.

“The brief was simple. We set out to design a modern, functional and highly capable 4×4 vehicle with utility at its core,” says Toby Ecuyer, head of design. “A design that is ‘easy-to-read’, with no ambiguity about the Grenadier’s role in life. There to do everything you need, and nothing you don’t. Nothing is for show. Modern engineering and production techniques ensure the Grenadier is highly capable, but we have been able to stay true to the essence of creating a utilitarian vehicle that will stand the test of time.”

Sir Jim Ratcliffe, chairman of INEOS, adds: “The Grenadier project started by identifying a gap in the market, abandoned by a number of manufacturers, for a utilitarian off-road vehicle. This gave us our engineering blueprint for a capable, durable and reliable 4×4 built to handle the world’s harshest environments. But it had to look the part as well. Toby and his team have done a great job in delivering a design that is both distinctive and purposeful.”

INEOS Automotive revealed that its 4×4 will be named Grenadier after the pub in which it was conceived, after more than 6000 international fans and followers responded to an online poll to choose the vehicle’s name.

The Grenadier will be built in partnership with global mobility technology company Magna. Its subsidiary, Magna Powertrain, has been responsible for chassis and suspension development since the inception of the project; now it will be joined by Magna Steyr, which will undertake the series-development phase of the forthcoming Grenadier.

As for INEOS Automotive, it’s a subsidiary of INEOS Group (www.ineos.com), a leading manufacturer of petrochemicals, speciality chemicals and oil products. It employs 22,000 people across 34 businesses, with a production network spanning 183 manufacturing facilities in 26 countries. More on Grenadier on www.ineosgrenadier.com.

What You Need To Look Out For When Driving Off Road