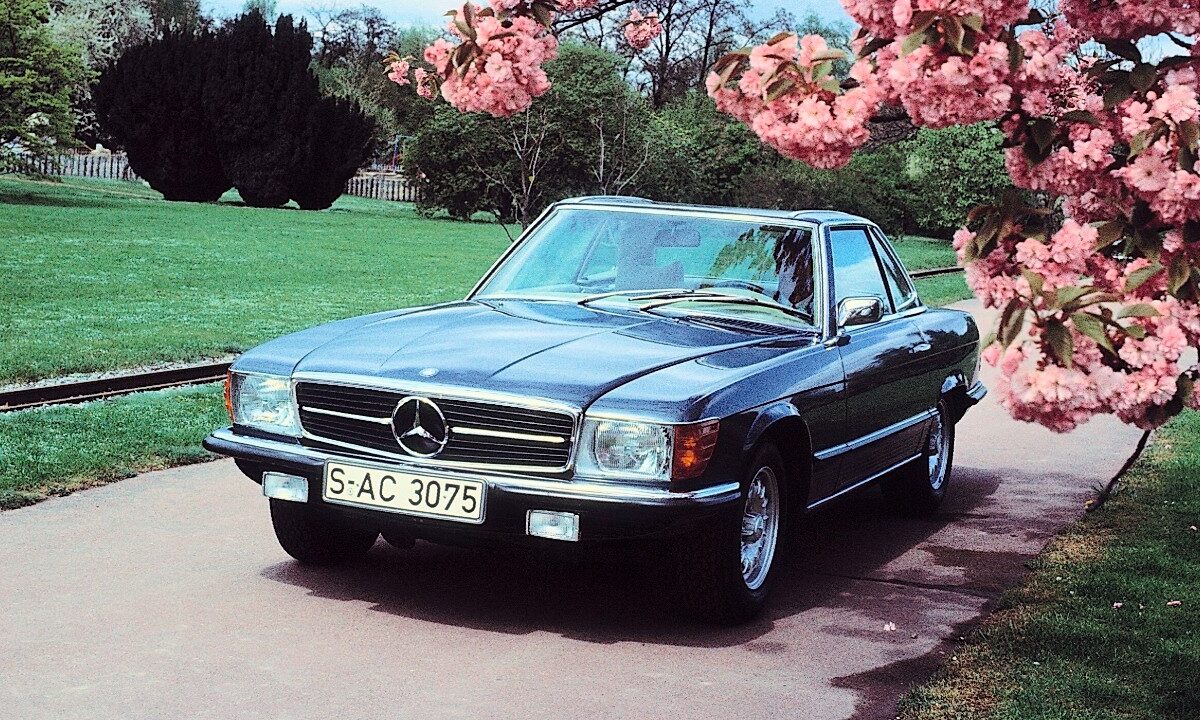 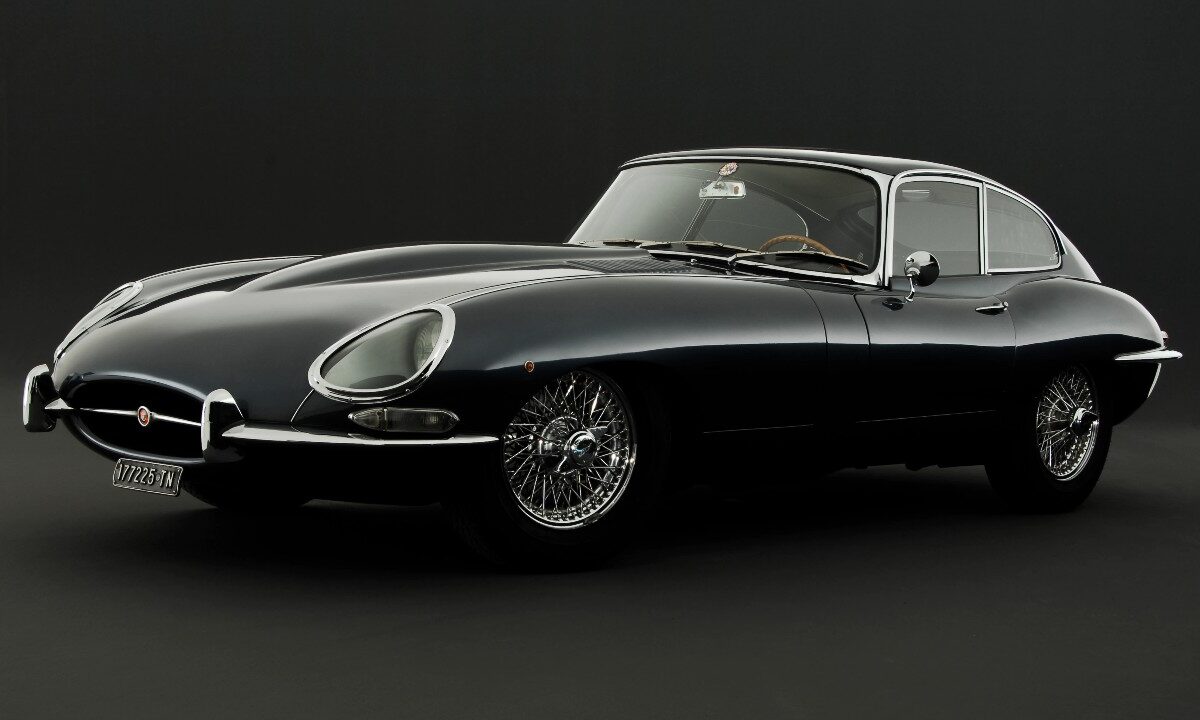 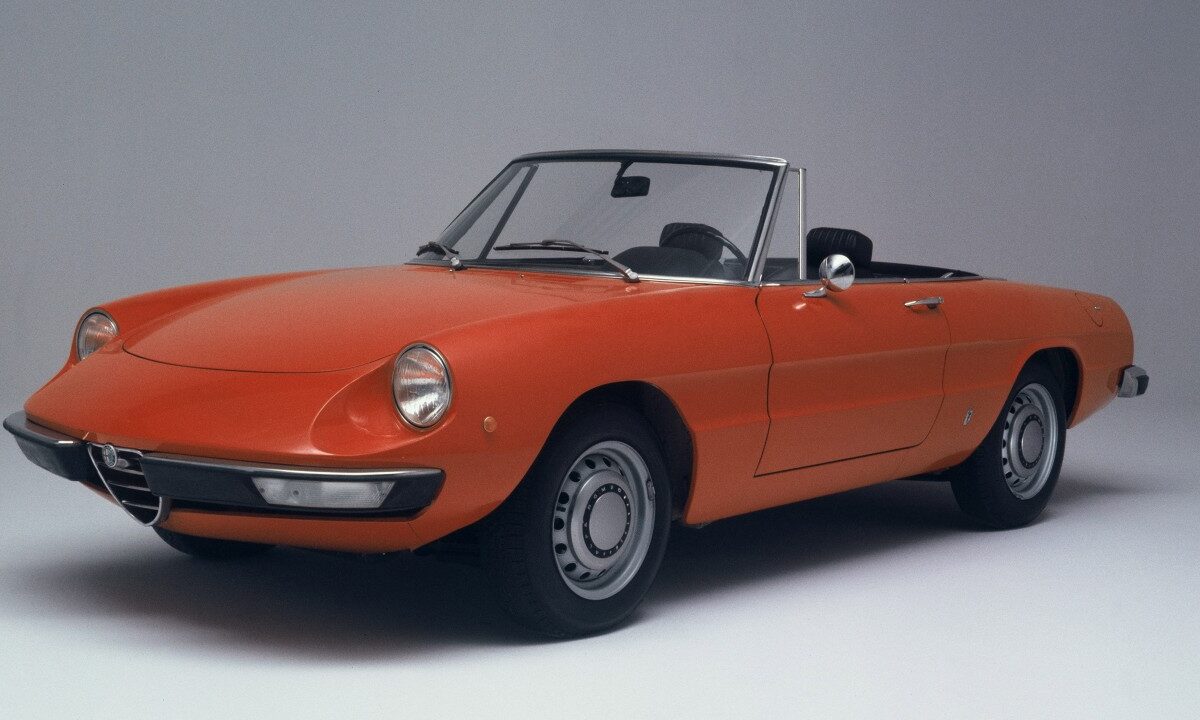 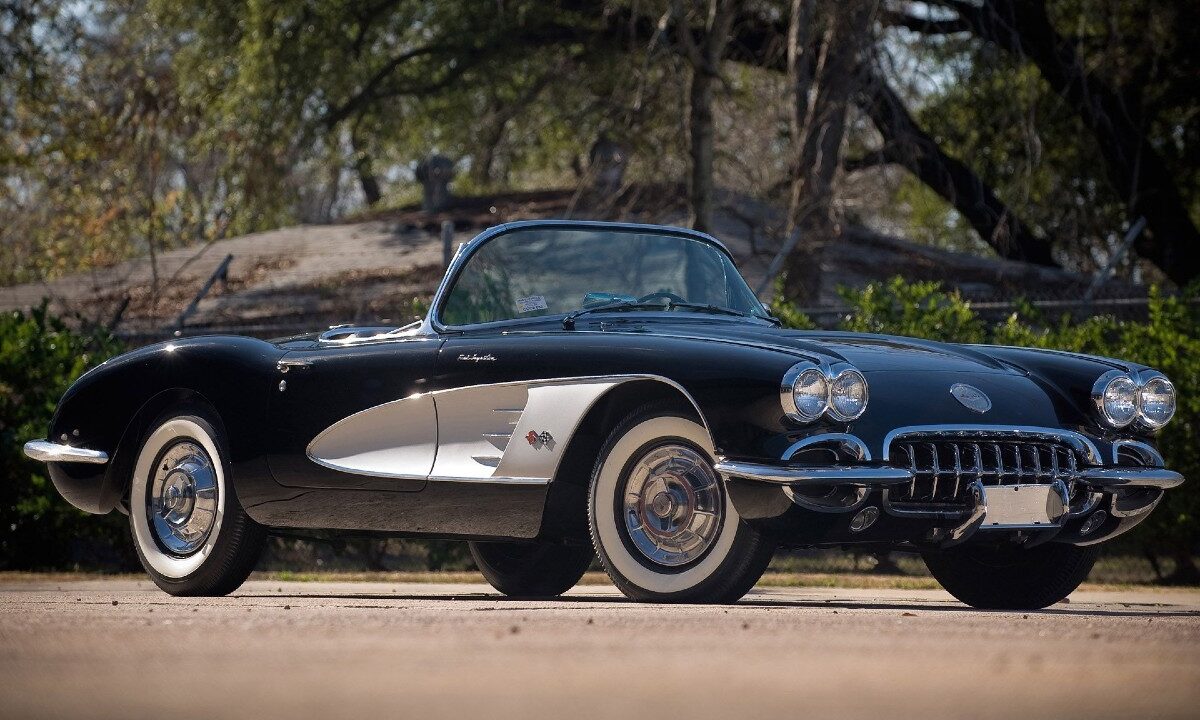 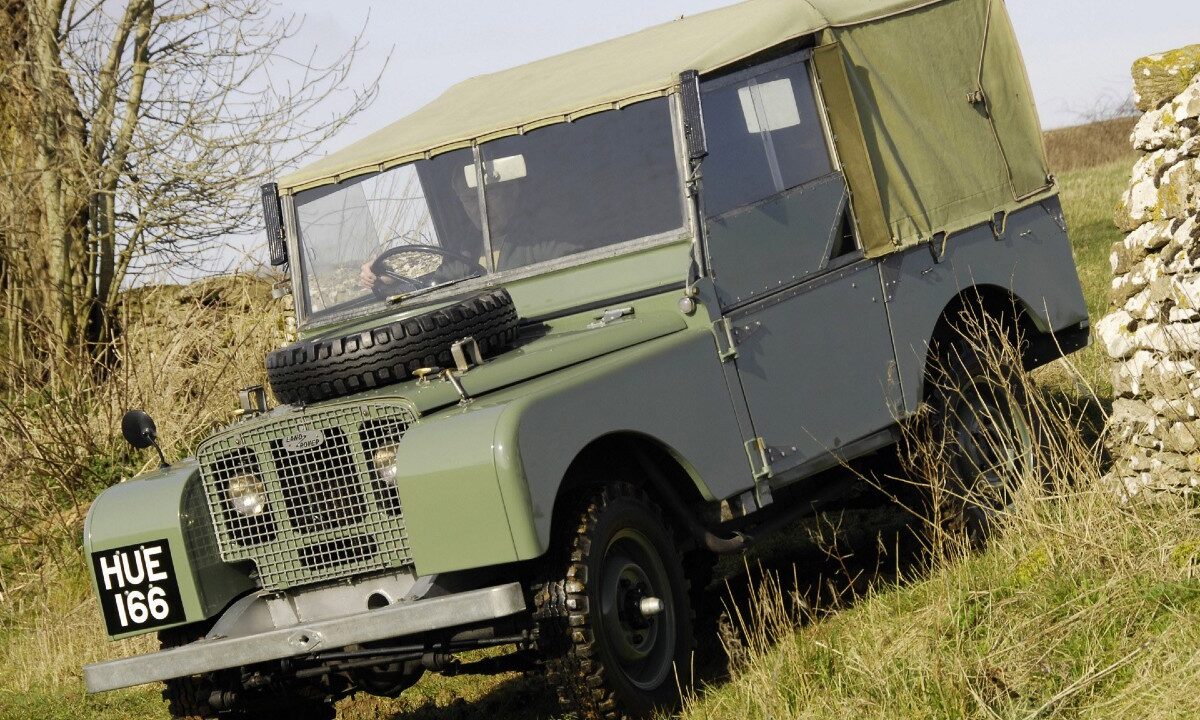 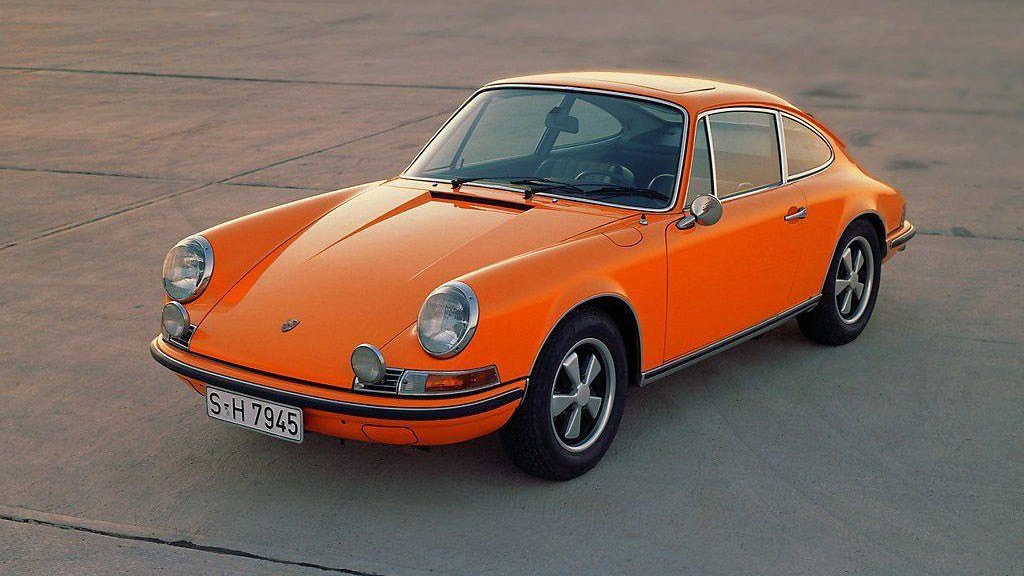 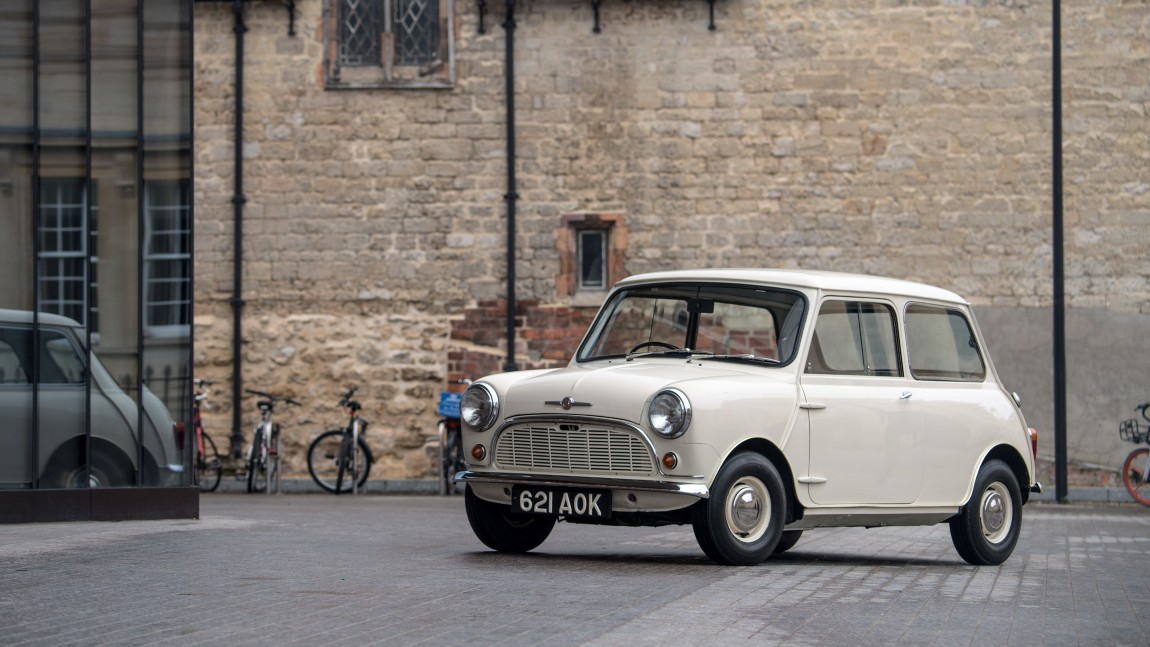 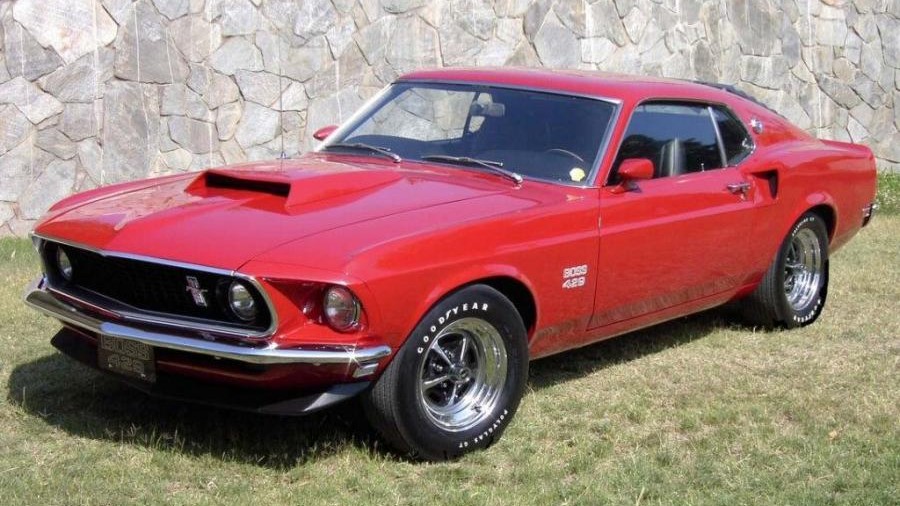 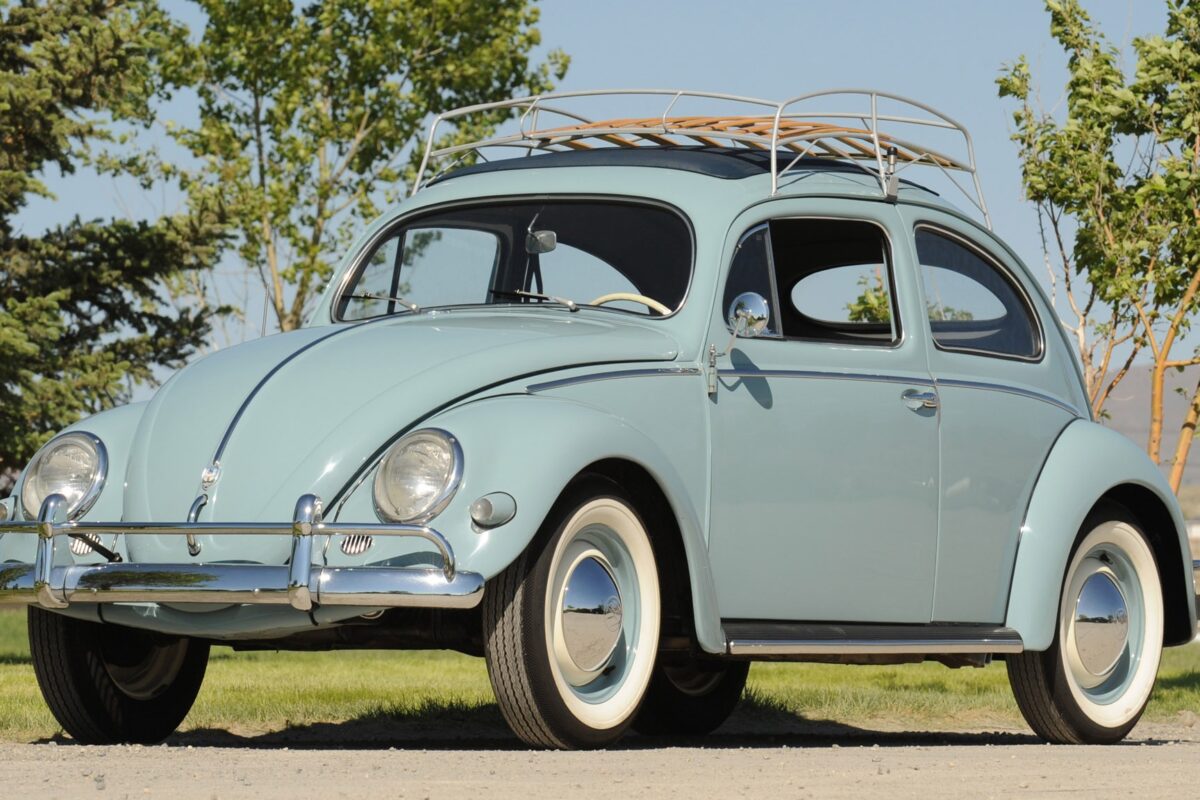 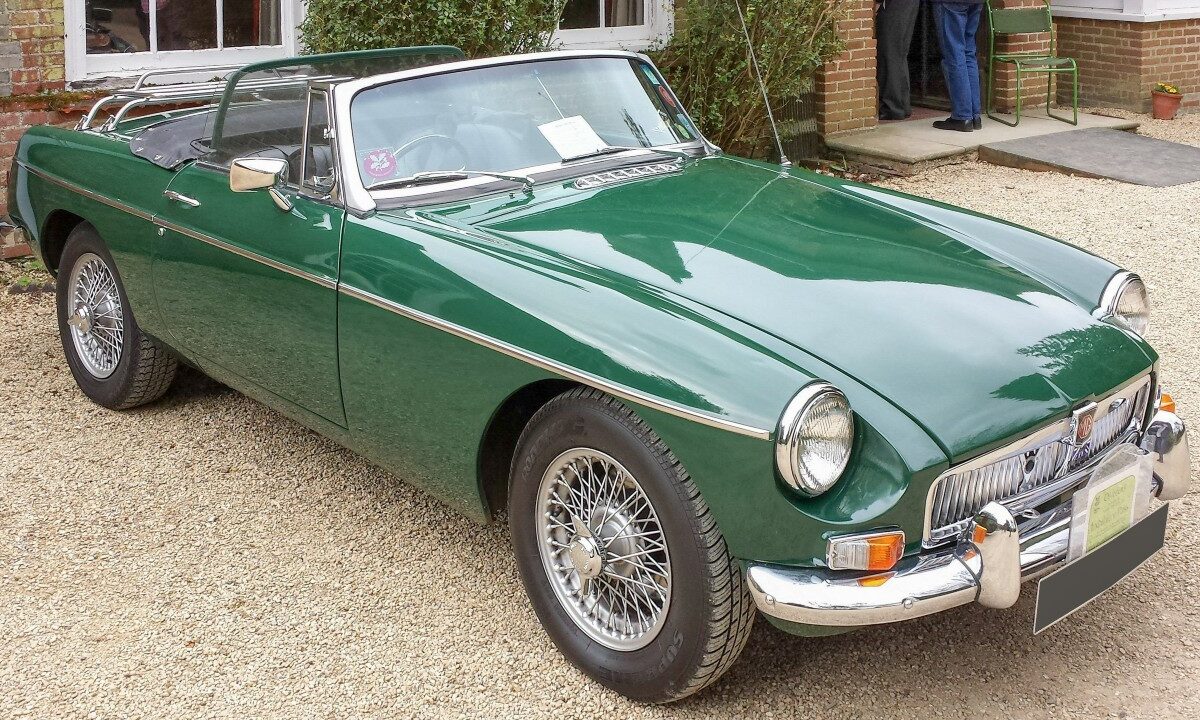 Restoring classic cars is a noble and beautiful way of reviving the timeless shapes, re-living the good old times, and enjoying the analogue driving feel of classic machines. However, it is also a great way to spend a lot of money, learn every curse word imaginable, and how to stay calm when things don’t go as planned… And they probably won’t since restoring cars is always a lengthy and problematic process no matter how things looked straightforward when you started.

Regardless of the car’s condition in question, it always helps to have good spare parts support, numerous brand or model specialists, and a fan community to back you up. Sure, you can spend millions restoring a one-off Ferrari and making every part from scratch, but we suggest you choose a car from our list instead. Not only would it be much easier to return any of those bona fide classics back on the road, but you will have more fun doing it and make new friends along the way. For any of the cars on the list, numerous spare parts are available, and you can easily find various advice online. So, there isn’t much left to do then read the article and start browsing the classic car ads.

The quintessential British roadster was introduced in 1962 and has remained popular ever since, even though the production stopped in 1980. With its timeless combination of classic roadster looks, lightweight, and lively (for the time) performance, it is still an entertaining and enjoyable car to drive. Unfortunately, rust and build quality are their biggest enemies, which claimed the lives of many examples. However, if you find an MG B in need of an entire rebuild, don’t worry. There is a whole industry of aftermarket specialists who offer spare parts, body panels, engine components, suspension bits, and practically everything to complete the car from the ground up. Do you need a complete, brand new, and rust-proof body shell? No problem, it can be delivered to your door for just over 11,000 pounds.

Slow, terribly underpowered, but immensely cool, the classic VW Beetle is one of the perfect starter classics. Although they have the 1950s driving dynamics and performance, Beetles are still very fun to drive and have enormous community backing for every restoration or modification project. The number of spare parts, modification components, all kinds of bits and pieces are immense, and it helps that Beetles are very easy to work on. That is why this is an excellent choice for amateur restorers and people wanting to take a chance of reviving the old cars with limited budget and knowledge. It helps a lot that many of the parts are interchangeable between the models and other VW products, so you can mix and match different components if absolute originality isn’t imperative to your project.

This American icon is amongst the perfect cars to restore for several reasons. First, its gorgeous design, heritage, and fantastic soundtrack from the V8 engine are too good to be left to rot. Second, even in its slowest incarnations, it is still a fun car to drive. Third, the spare parts and aftermarket offerings are probably the best in the world. Fourth, compared to some other similar vehicles from the 60s, Mustang parts are very affordable, which means that you don’t need to spend a fortune to look like Steve McQueen in Bullitt. Since Mustangs have been popular for decades, the whole industry of restoration parts and components has been built around this automotive legend. All you need to do is find a proper restoration candidate, get your credit card ready and start shopping for parts online.

The Classic Mini deserves a place in practically any “best classic cars list“. With its historical importance, exciting driving dynamics, endless customisation, and tuning potential, it is one of the cars that you just need to restore. Just like MG B, Mini is another British legend that makes a fantastic restoration project since it is supported by the incredible spare parts industry and numerous specialists. You can get the whole body and even a complete body shell with a roll cage installed, ready to be turned into a racing car! Fortunately, Mini parts are affordable and easy to get, and if you find a solid, rust-free body, you can quickly get everything else just by making a few phone calls or Google searches.

The rise in prices of classic 911’s recently sparked enormous interest in the restoration of these once-forgotten sports cars and resulting in insane prices of rust buckets. However, this legendary model deserves a place on our list simply since it has excellent spare parts support directly from Porsche and numerous brand specialists who can help you achieve your goal. One of the best aspects of restoring an air-cooled 911 is the fact that you can order practically everything you will ever need directly from your local Porsche or even VW dealer. The bad news is that those parts will be very pricey but in the end, look at it as an investment.

There aren’t many classic off-roaders cooler than the classic Land Rover. Rugged veterans of thousands of battles, off-road courses, or emergency services, those simple but effective machines have a cult following all over the world. However, since all Land Rovers were bought to work or serve in the military, all of them are in dire need of restoration after several decades of active service. Fortunately, enough brand specialists sell and repair most Land Rover parts and even fabricate new ones. The only problem is that prices are on the rise, and these once cheap cars (and parts) are not so inexpensive now.

Another American legend and a surprisingly good candidate for restoration is the timeless Chevrolet Corvette. Equipped with a small-block V8 engine with an intoxicating rumble, sexy curved shape, and performance that could embarrass many modern cars, the Corvette is obtainable and easy to restore. First of all, since all Corvettes are made of fibreglass, there is no rust which is the biggest enemy of any classic machine. Second, the eponymous Chevrolet’s V8 is very easy to work on and interchangeable between generations. Third, parts support is outstanding, so ordering parts is easy and relatively inexpensive. Of course, not to forget that owning the best American sports cars come with a certain degree of coolness, especially here in Europe.

Even though the reputation of being rust disasters followed Alfa since the ’60s, they are still amongst the most satisfying cars to restore. Especially the Spiders, which are gorgeous Latin alternatives to British roadsters of the same period. Alfa Spider was introduced in 1966 and sold until 1994, which makes it plentiful and easy to obtain. Also, solid spare parts support and the fact that you can use parts from other Alfas from the period makes it relatively easy and cheap to put back on the road. However, the rust remains an issue, so be sure to find an example that doesn’t have structural rot or isn’t crudely repaired already.

To be honest, the sublime E-Type isn’t the easiest or the cheapest car to restore, and quite frankly, it is quite the opposite. But due to its heritage, sheer beauty and importance, and the fact that parts and components are available, as well as a number of reputable specialists, it is amongst the most satisfying cars to restore. Of course, you can try to tackle it yourself. Still, a complicated build process, specific technical solutions, and potential rust disasters will eventually force you to seek the help of a professional. If we were to restore an E-Type Series I, we would immediately go to a company like Eagle and start writing checks, confident that the result would be outstanding.

The legendary R107 SL Roadster had a lengthy production run from 1971 to 1989 and was praised for its dependability, comfort, and built quality. However, since 32 years have passed since the last one had rolled off assembly lines, you can be sure that plenty of examples are in need of some love. The great thing is that everything is available from the Mercedes Classic department and that it can be ordered at your local dealer. Also, there are numerous brand specialists and talented amateur restorers that can restore this model. The bad thing is the fact that the original parts are quite costly.

So that’s MyCarHeaven’s top 10 classic cars to restore. Let us know in the comments if you’re currently working on a restoration project! 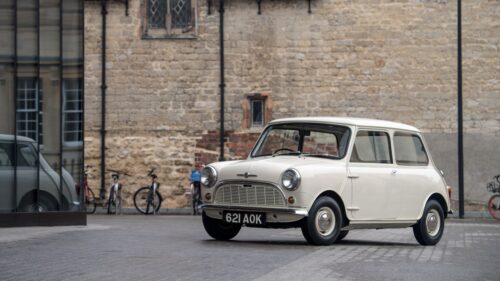