There have been discussions for years about electric pickups. There have been announcements and order prices from Tesla, GMC and Rivian.  Now Ford has announced the 2022 Ford F150 Lightning Pro.  This is an all-electric truck that has a respectable electric range.

The Ford F150 has been an American best-seller for almost 45 years.  It has plenty of competition from the likes of GMC, Chevrolet, Toyota, Nissan, and Ram, but it continues to dominate the playing field. With its all-electric truck, it seems to be undercutting Tesla and trying to steal their momentum. Can it do it?

Is it a Hard Worker?

Although many of today’s pickup trucks are bought for fun, many more are out there working hard as part of construction crews and other trades.  That’s why it will be vital for any electric truck to compete successfully in the work truck market.

The Ford F150 Lightning Pro will have to meet several criteria before it can earn a place on work teams. It will have to be affordable, easy to keep charged, and capable of moving big loads. At the same time, it will have to be able to compete with its own fleet as well as electric trucks from Tesla and GMC.

How Expensive Will the Lightning Pro Be?

Americans are looking at a remarkably low order price just below $40,000, which directly competes with the Cybertruck’s asking price.  The U.S. offers a tax credit of $7,500 which lowers the price further, if the buyer qualifies for it.

Rivian is selling its all-electric truck for around $73,000. GMC is bringing back the Hummer as an electric pickup truck. Priced at almost $80,000, that’s twice the price of the Ford.  It seems unlikely that a business would pay luxury level prices when they could get two Fords for about the same money.

Another aspect that is still unknown is the cost of regular Ford truck service, if everything becomes electric. Oil changes and other common maintenance items will become a thing of the past. Parts are still a thing that you might need to replace due to everyday wear and tear. Genuine Ford parts don’t come cheap. You can opt for online purchases, shop your Ford parts online and save a couple of hundred dollars!

How Far Can it Go?

The truck’s range is another make-or-break quality.  The truck’s basic battery can drive about 230 miles.  By comparison the Tesla’s initial battery is claiming 250 miles.  The second battery can hold a charge for about 300 miles, which is almost exactly what Tesla and Rivian are promising. The GMC Hummer has a range of 350 miles.

How Automated is It?

At this point, it is clear this truck will have what Ford calls its CoPilot 360. The newest version will take adaptive cruise control and automatic lane control even further. However, it is not expected to be truly autonomous. Tesla is promising that capability, but a look at the fine print is showing another $10,000 is added to the pre-order price.

How Fast Will it Move?

The new Hummer is promising some impressive stats with the ability to jump from zero to sixty in 3 seconds. Ford isn’t making such a promise, but this truck will move quickly with either battery.  The driver will command 775 pound-feet of torque and either 426 or 563 horsepower.

How Much Weight Can it Handle?

It’s clear that the Lightning Pro has to compete within its own stable of F150s if it is to become the work truck of choice.  The tow rating is either 7,700 pounds or 10,000 pounds.  That’s a little less than Tesla is promising at the top end, but then Ford hasn’t advertised a top-end Lightning Pro yet.

Can Ford’s electric truck take over the very market that the brand has built over the years? That remains to be seen, but the pricing, range and capability seem to indicate that it will be quite competitive. 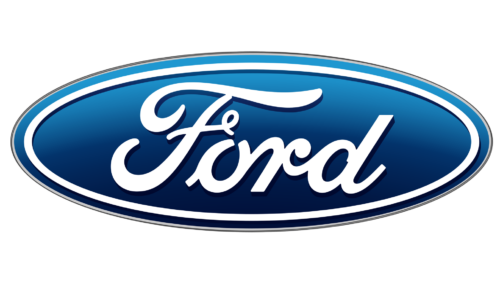 What is regenerative braking and why is it so useful in electric vehicles?