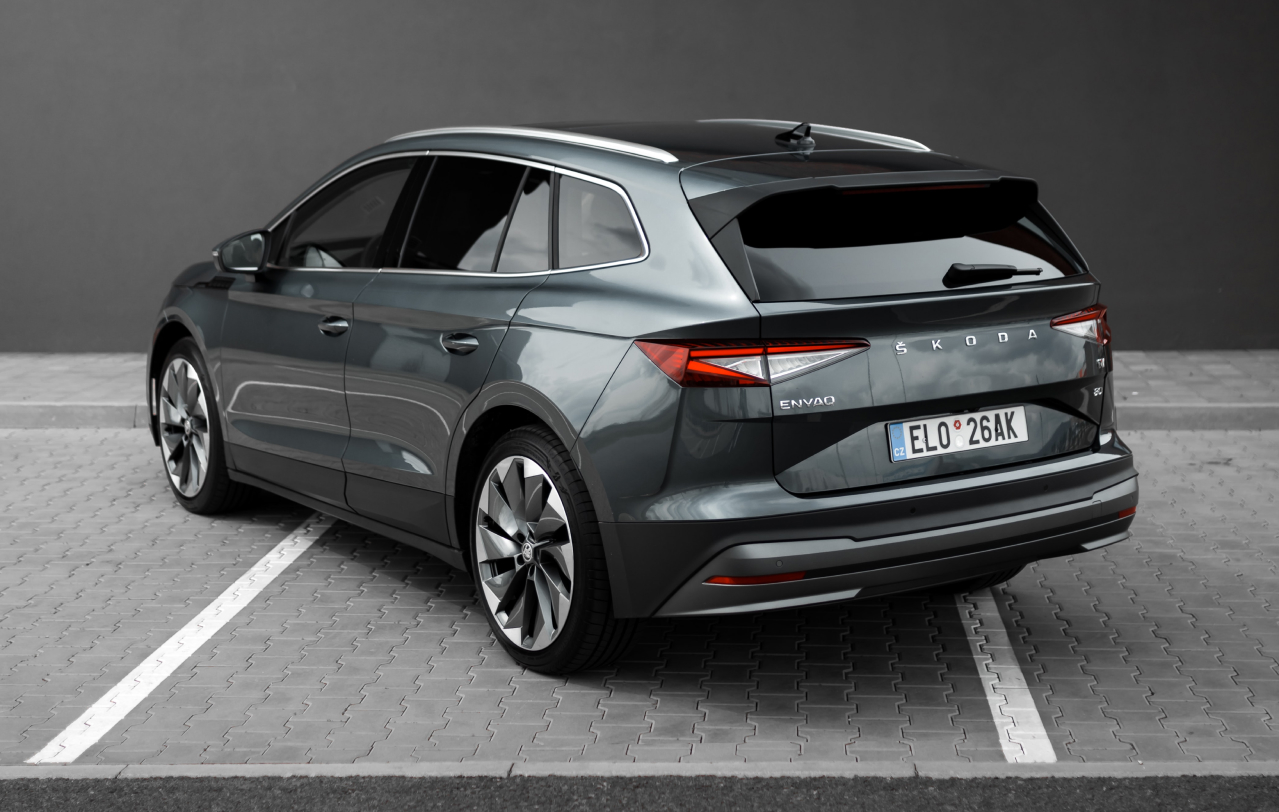 Sparks are certainly flying at Skoda these days, as the ever-popular Czech manufacturer joins the race to offer tantalising electric and hybrid options to meet the increasing demand of environmentally conscious buyers. The new Enyaq is Skoda’s first standalone electric model, joining the all-electric Citigo-e and the plug-in hybrid Octavia and Superb. Let’s have a look at some of the range in more detail.

Quite simply, the Citigo-e is an electric version of the chic city car that we know and love. Gone is the 1-litre petrol engine and in its place is an 82bhp electric motor, powered by a 36.8kWh battery which will see it zipping along rather nicely indeed, when you bear in mind that an electric car can deliver peak power off the line. It has a WLTP official range of 162 miles, which is perfect for several days’ worth of town or city commuting, and you can choose between a number of driving modes to balance between economy and performance.

The Citigo-e is not built for speed; it’s limited to 81mph to save power, and while it will keep up with motorway traffic it will drink all its juice rather quickly if held at that speed. However, once in town the Citigo-e comes into its element and is quiet, nippy and direct, and will soon raise a smile.

Ride comfort is pretty good, and the dashboard and interior will be familiar to anyone who knows the Skoda brand. Everything is solid and well put together, if a little uninspiring compared to some rivals.

The Citigo-e will charge to 80% in around 4 hours using a 7kW home charger, if you plump for the higher spec SE L model. The lower SE only comes with a standard wall plug cable, and will take 13-16 hours to charge.

The Superb is Skoda’s largest saloon/estate model, and now comes with a 1.4-litre turbo petrol engine boosted by a 113bhp electric motor to give it a total output of 215bhp. It has a 13kWh battery which can be charged in just 3.5 hours using a 3.6kW charger. The battery is good for around 20 miles of pure electric driving if you want to do without assistance from the petrol engine, and you can adjust driving modes to decide how much electric versus petrol you want.

The small battery pack hidden underneath ensures that there is no intrusion into the Superb iV’s class-leading cabin or boot space. The interior and dashboard is the same as the “normal” Superb, which is to say that it is well made and excellent quality. The iV has adaptive dampers as standard which can change its handling depending on how playful you’re feeling, and also mitigates the extra weight of the batteries.

Fuel economy on the iV is excellent compared to its petrol and Diesel equivalents, offering almost 150mpg. It’s more expensive to buy than its other counterparts, but this is mitigated by its lower road tax and company car tax rates, so if you do your sums you might find that the Superb iV presents better value.

If the Superb is a little big, you’ll find a similar plug-in hybrid setup on the new Octavia vRS, with a boosted 245bhp on tap for your enjoyment.

The new Enyaq was built from the ground up as an electric model, rather than a conversion as the Citigo-e is. Its svelte and attractive SUV body looks fresh and modern, perhaps a window to the next generation Karoq and Kodiaq. Under the skin you can choose between two batteries depending on your needs. The entry level 60 model has a 58kWh battery which gives a WLTP range of up to 256 miles and is paired to a 177bhp electric motor. Upgrading to the 80 gets you a 77kWh version which returns a range of 333 miles and 201bhp, so if you need better range or you fancy more power, the 80 is the one to go for.

As you’d now expect from any electric car, acceleration is brisk, but isn’t over-dramatic like some rivals. The battery pack is mounted low, giving the Skoda Enyaq a low centre of gravity and ensuring that it doesn’t wallow.

The 80 will take around 13 hours to charge fully from a 7kW wallbox, but you can pay more for a capability of up to 125kW. The 60 will charge in slightly less time due to its lower capacity.

The interior is nicely styled with a swooping dashboard and two digital readouts, and a large touchscreen dominating the centre. The Enyaq is a nice place to be, as well finished as you would expect from a modern Skoda. Everything is centred around calmness and the driving experience is smooth and chilled.

With plenty of trim levels and options to tailor your Enyaq perfectly to your tastes and needs, you should find this a practical and useful companion, without feeling that range anxiety coming on too soon!

Is Your Car One Of The Most Reliable?