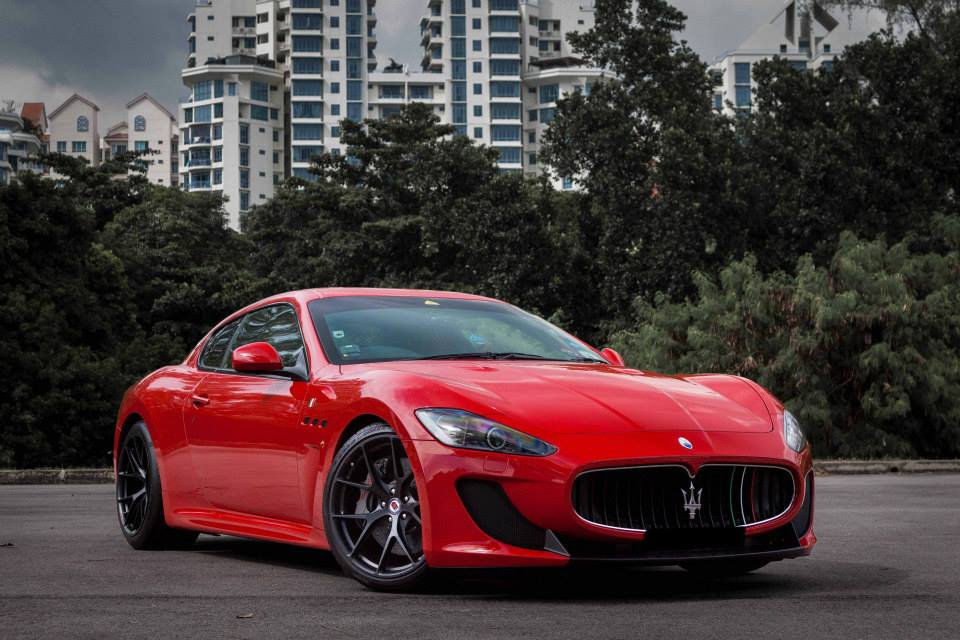 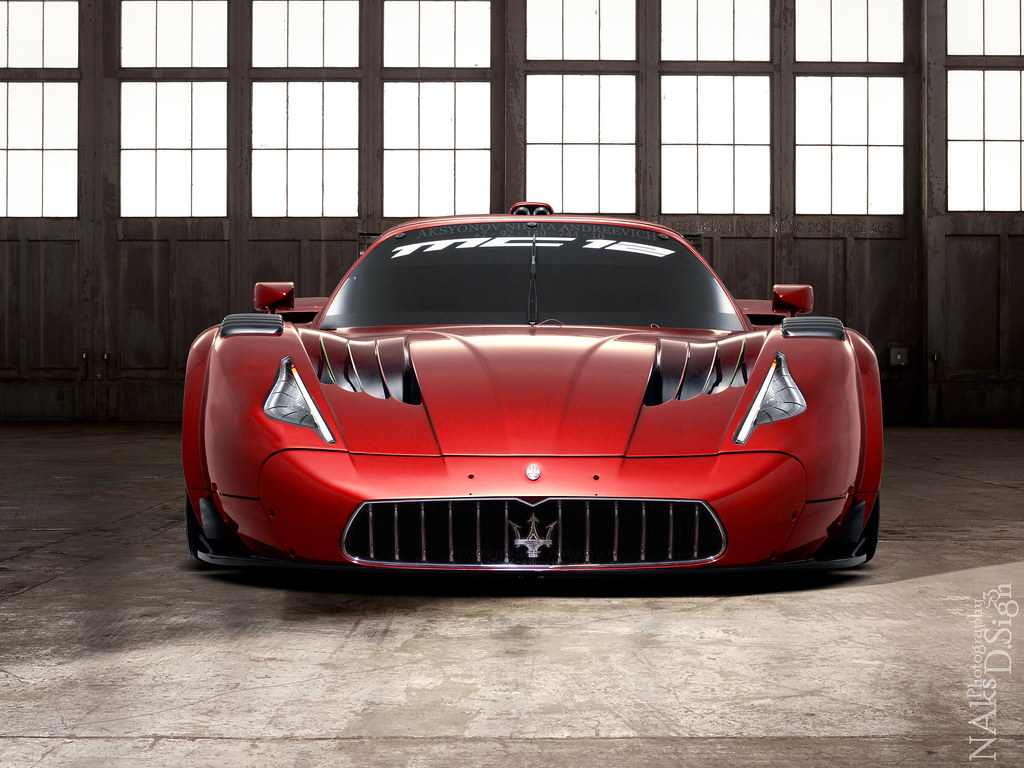 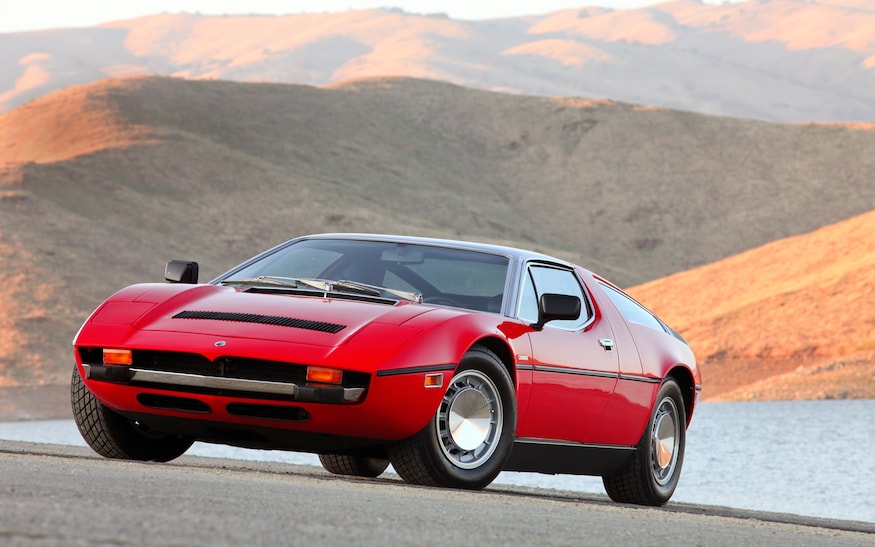 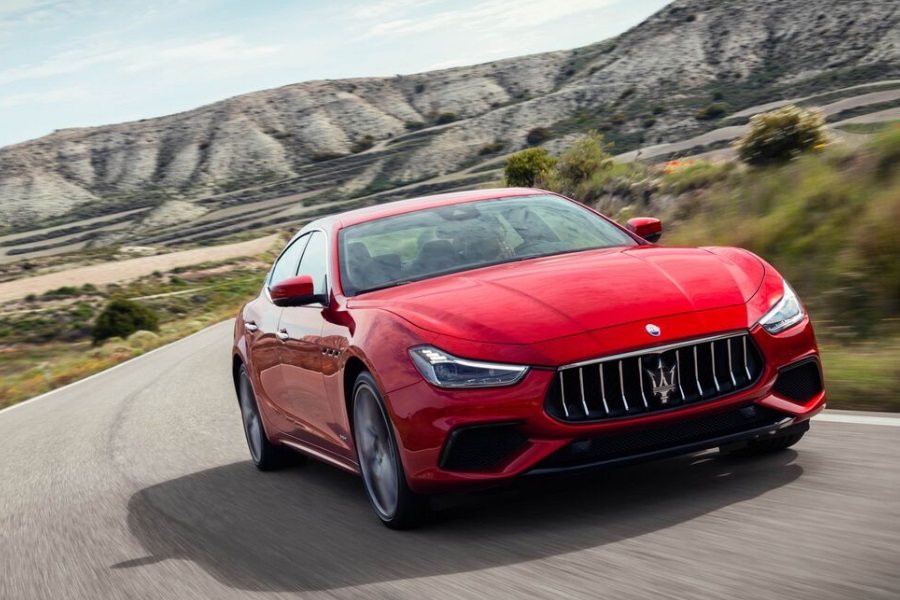 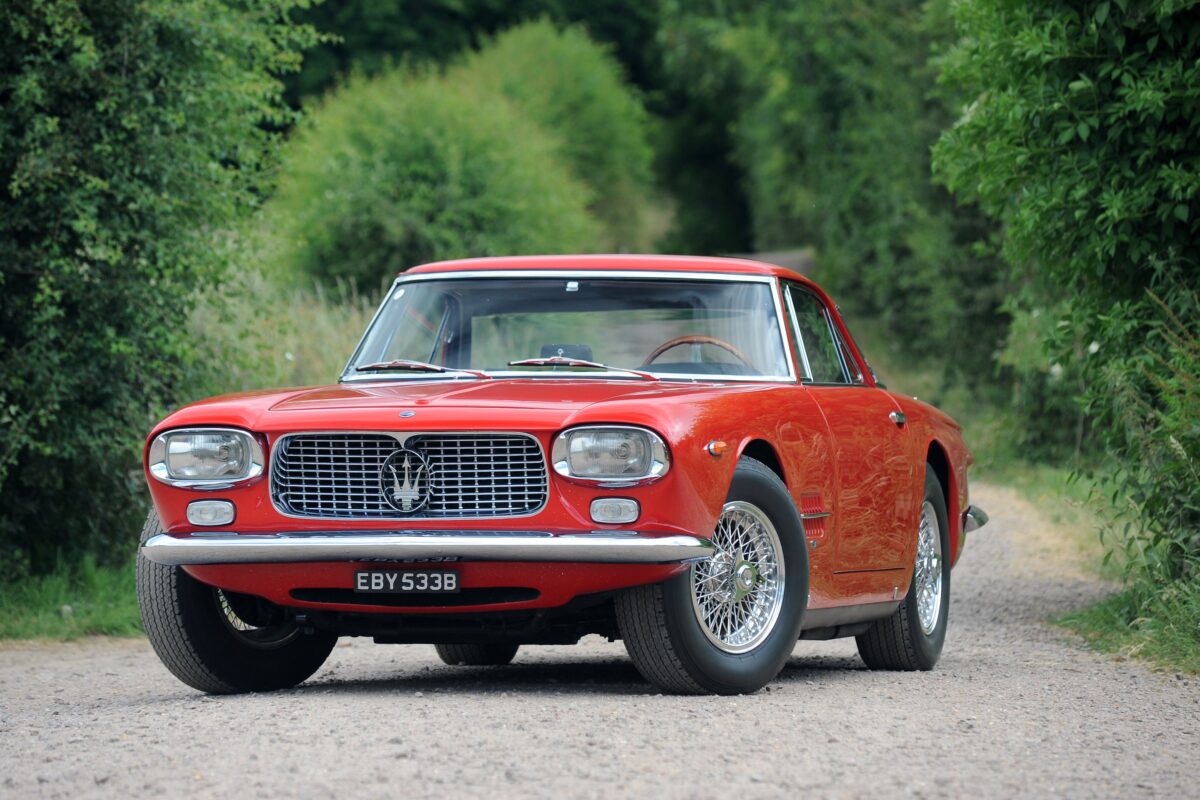 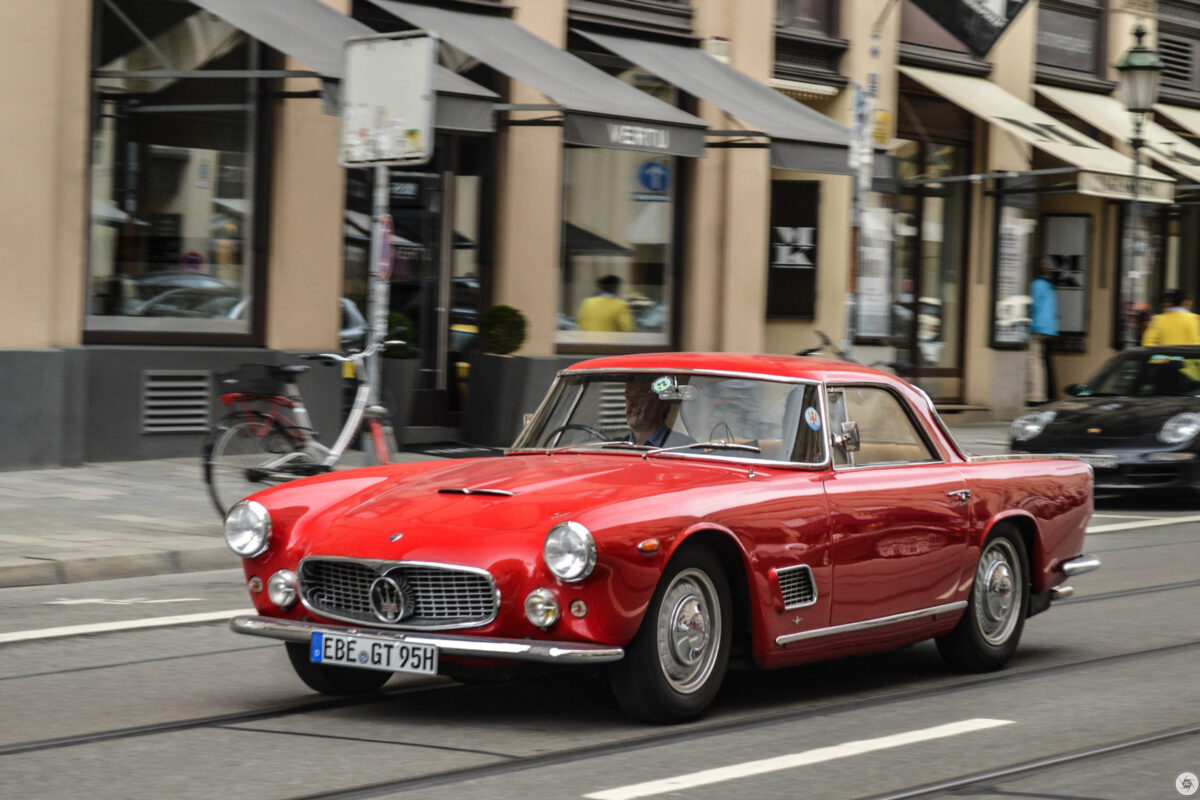 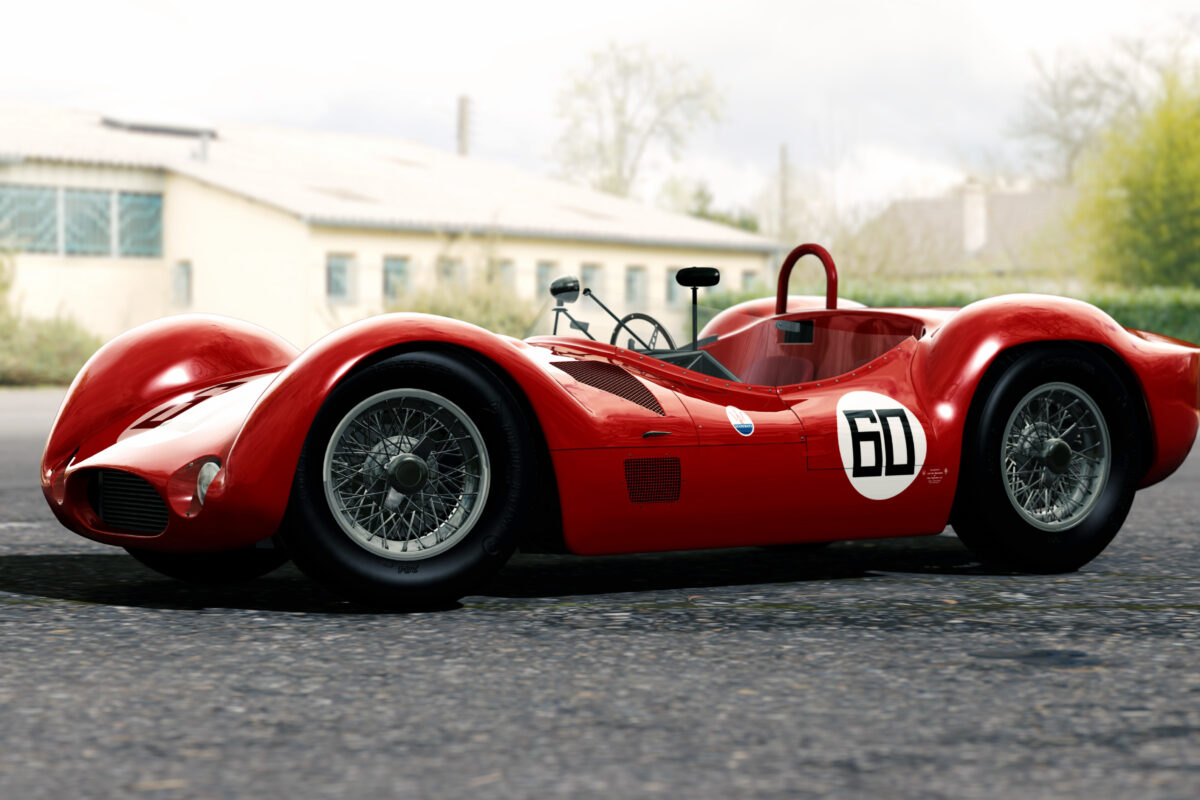 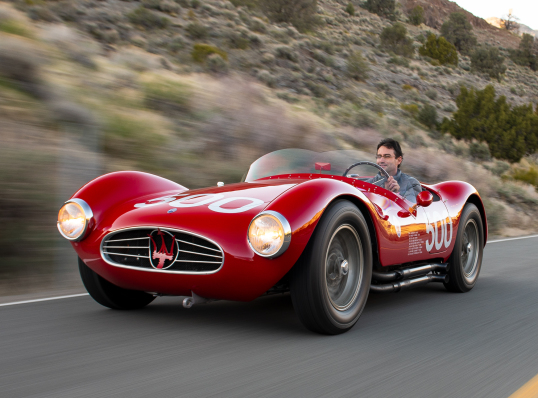 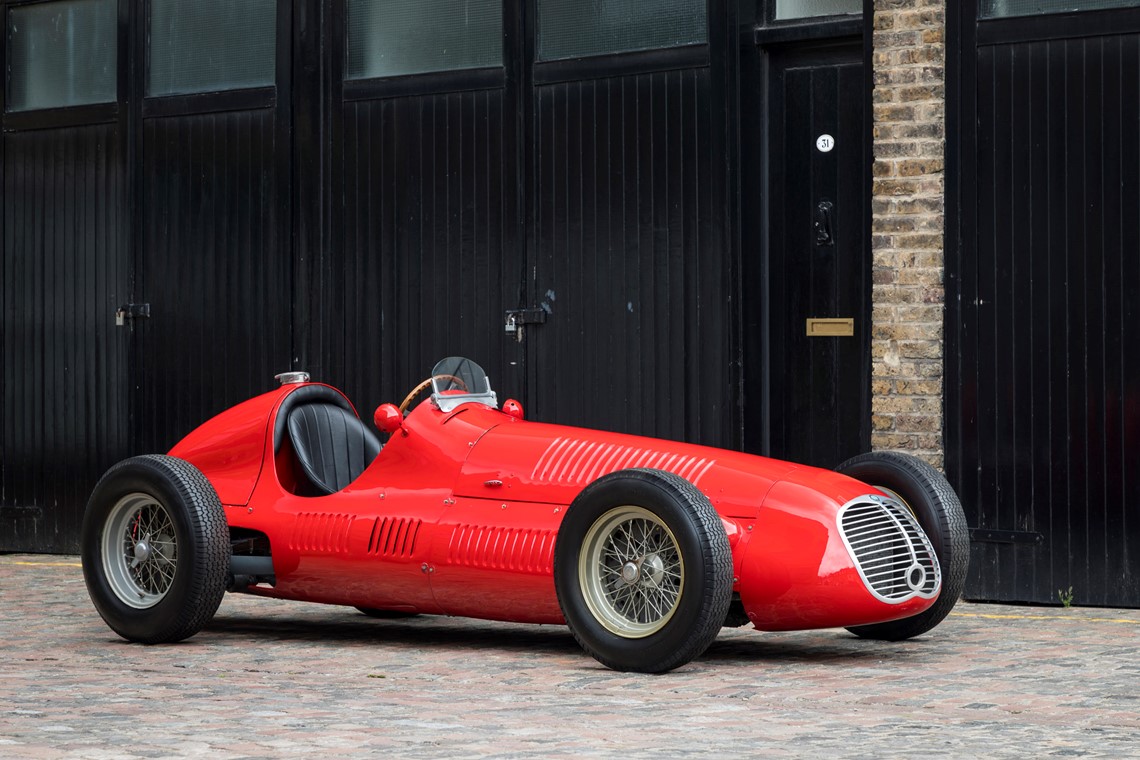 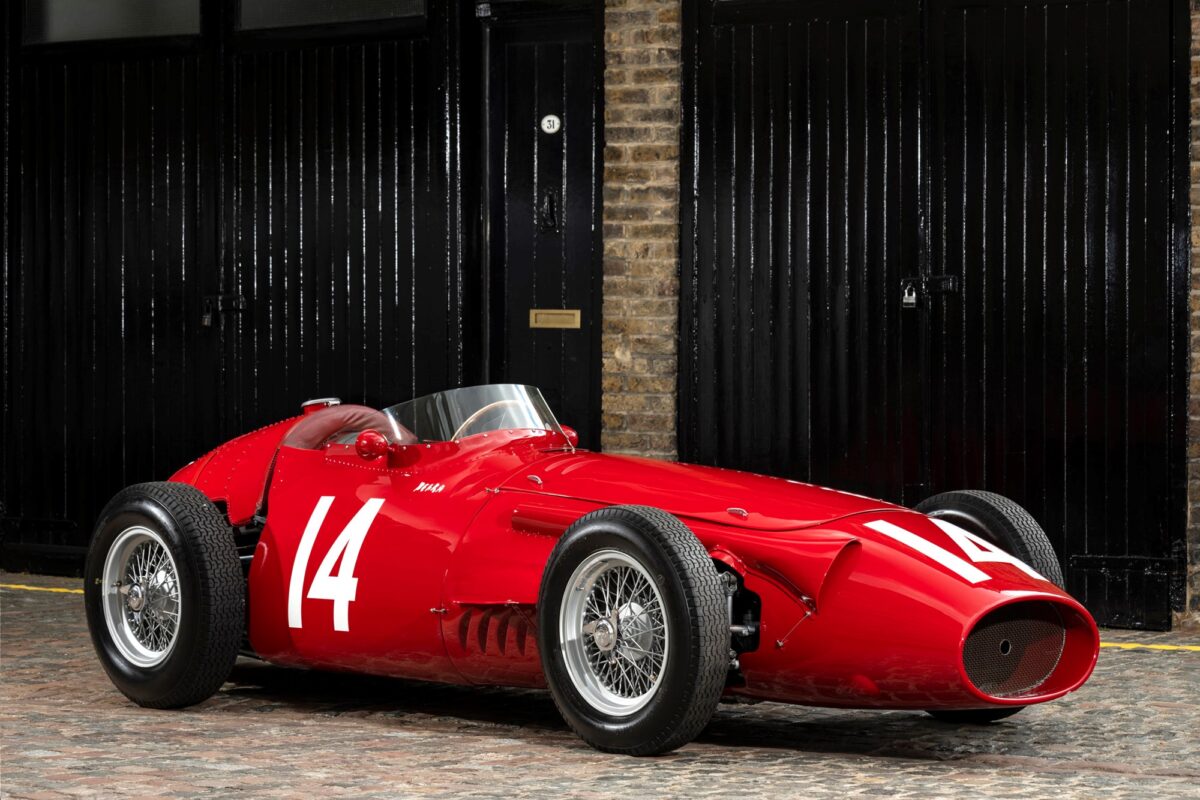 Supercars, race cars, road cars and GTs. Maserati has made them all, renown for their beautiful, luxury cars Maserati has made it very difficult to choose our favourite car, but below we list of the top 10 best Maserati cars of all time:

This beautiful car is the Maserati 4CLT it was an evolution of the pre-war 4CL, originally designed to beat Germany’s dominant Silver Arrows in the late-1930s. The 4CLT made its debut in 1948, complete with a tubular chassis construction, a 260bhp, 1.5-litre straight-four, and two-stage supercharging.

In its heyday, the 4CLT was the car of choice for many privateer entrants, and was driven by many famous names, including the first ever Formula 1 world champion Giuseppe Farina and five-time championship winner Juan Manuel Fangio.

Only 26 examples of the Maserati 250F were built, primarily featuring the 220bhp, 2.5-litre Maserati A6 straight-six engine. Designed to race in the 2.5-litre Formula 1 championship, it made its winning debut at the 1954 Argentine Grand Prix in 1954 in the hands of Juan Manuel Fangio.

In 1956, Stirling Moss piloted works 250Fs to victory in both the Monaco and Italian Grands Prix. He was later quoted as saying that the 250F was ‘the best front-engined F1 car he drove’. In 1957, after some engine modifications, Juan Manuel Fangio drove the model to four more Formula 1 World Championship victories, including his legendary 1957 German Grand Prix win in which he broke the lap record at the Nürburgring 10 times.

A by-product of Maserati’s A6 sportscar, the A6G CS/53 was widely regarded as being one of the seminal sports cars of the 1950s. The first true production Maserati – the manufacturer had only ever made race cars pre-war – the A6G CS had different coupé bodies designed by coachbuilders such as Pininfarina and Zagato. The ties between famed auto designer Pininfarina and Maserati run deep, and it started with the A6GCS/53. Starting in 1953, just 4 of these berlinettas were made. It’s a racing car that has an elegant, iconic profile and is one of the most famous cars that Maserati has ever made. If you can find one at auction, expect to pay at least $2,200,000 for a A6GCS/53.

One of Maserati’s true greats, the A6G CS/53 was extraordinarily powerful and extremely noisy, offering a rough but exhilerating ride…

This Tipo 61 Birdcage was named for its tubular space frame chassis, it was built between 1959 and 1961 for events like the 24 Hours of Le Mans endurance classic. The intricate chassis featured more than 200 chro-moly steel tubes welded together, giving a more rigid and lighter structure than other methods available at the time, hence the ‘Birdcage’ nickname.

This car is extremely rare, only 16 examples of the Birdcage were built, designed by Giulio Alfieri, and powered by a 2.9-litre inline-four. Producing 250bhp, the 600kg, front-engined machine could reach speeds of up to 177mph.

Stirling Moss won the Tipo 61’s first race in 1959, an accomplishment that encouraged various teams to take them racing. Lloyd “Lucky” Casner created his Casner Motor Racing Division to enter three Tipo 61’s in the 1960 24 Hours of Le Mans, however reliability issues meant they never took home the title. More successful, however, was the Camoradi team, who in both 1960 and 1961 won the 1,000km Nürburgring.

Maserati’s first venture into Gran Turismo and production cars, the 3500 GT was produced from 1957 to 1964. It featured Touring of Milan and Vignale coachbuilt bodies and came in two-door coupé and the more frequent drop-top form.

The handsome 3500 GT was powered by a modified version of the DOHC, 12-valve straight-six engine of the endurance racing Maserati 350S, which had been modified to suit a touring car by switching to a wet sump oil system.

The 3500GT was Maserati’s first successful production model that brought the company back from the brink of bankruptcy. From 1957 to 1964 a total of 2,226 examples were made as coupés or convertibles.

The Maserati 5000GT, aka the Shar of Persia Maserati, was the world’s most expensive car when it debuted, costing $17,000.

Its Persian pseudonym came as a result of the actual Shah of Persia, Mohammad Reza Pahlavi’s, request for Maserati’s chief engineer Giulio Alfieri to combine a slightly modified 5.0-litre engine from the Maserati 450S with the 3500GT chassis. The result was the 325hp, 5.0-litre V8-powered 5000GT, of which 34 units were produced from 1959-1965.

One of the most admired GT sports cars of the 1960s, the original Ghibli (1967-1973) was designed by a young Giorgetto Giugiaro while working at Ghia. Featuring a steel body, a long nose and a 4.7-litre dry sump V8 engine mated to a five-speed ZF manual transmission.

The Ghibli was produced to compete with contemporary rivals such as the Ferrari Daytona, Lamborghini Islero, Monteverdi High Speed and Aston Martin DBS. Making 306bhp, it could accelerate from 0-60 mph in 6.8 seconds and boasted a top speed of 155mph.

The front-engined, rear-wheel-drive GT tourer was available in Fastback and Spyder body styles, and a sporty variant, with a stroke increased by 4mm thus making it a 4.9-litre with 330bhp and 481Nm, was introduced in 1969.

Like the earlier Ghibli, the Bora was styled by Giugiaro, who by that time had gone independent and founded Ital Design. The Bora was the first Maserati to be launched under Citroën’s brief ownership of Maserati, with the model therefore borrowing lot of Citroën technology such as pneumatic brakes and hydraulically-adjusted seats. Nonetheless, the car still featured the potent Maserati 4.7- and 4.9-litre V8 powertrains.

When the MC12 was first revealed as a race car and put on courses, spectators swooned over it. It was Maserati’s return to racing after a nearly 40-year hiatus, and this car didn’t disappoint. After competing in many notable championships, the Maserati MC12 became very popular and a handful were produced to drive on the road. This model is often compared to the Enzo Ferrari, but the MC12 has a nose that’s wider, longer, and sharper.

We all know Maserati as a luxury sedan maker today, but the company didn’t enter that particular market until it introduced the Quattroporte in 1963.

It was chic and sporty, but so unlike any other Maserati that had been released up until that time. It features an intriguing mix of angles and curves, large windows, and a distinctive grille.

The first generation of the Quattroporte lead to five more iterations of the series. The most current model launched in 2013 and has taken many cues from its predecessors. The price for a modern Maserati Quattroporte starts at $106,900.

What’s the best Maserati in your opinion? Let us know in the comments.

One thought on "Our Top 10 Maserati Cars Ever Made"