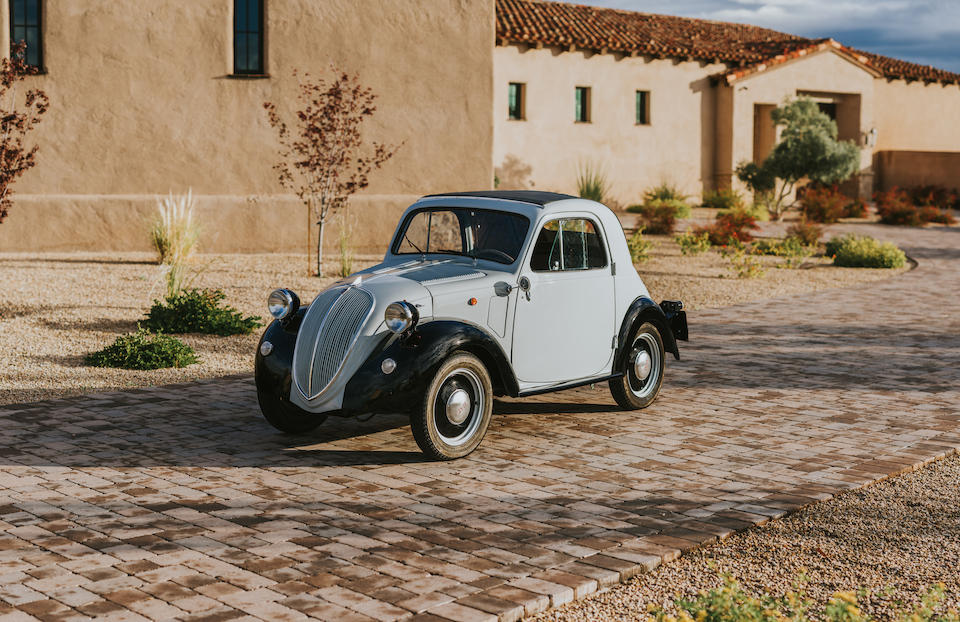 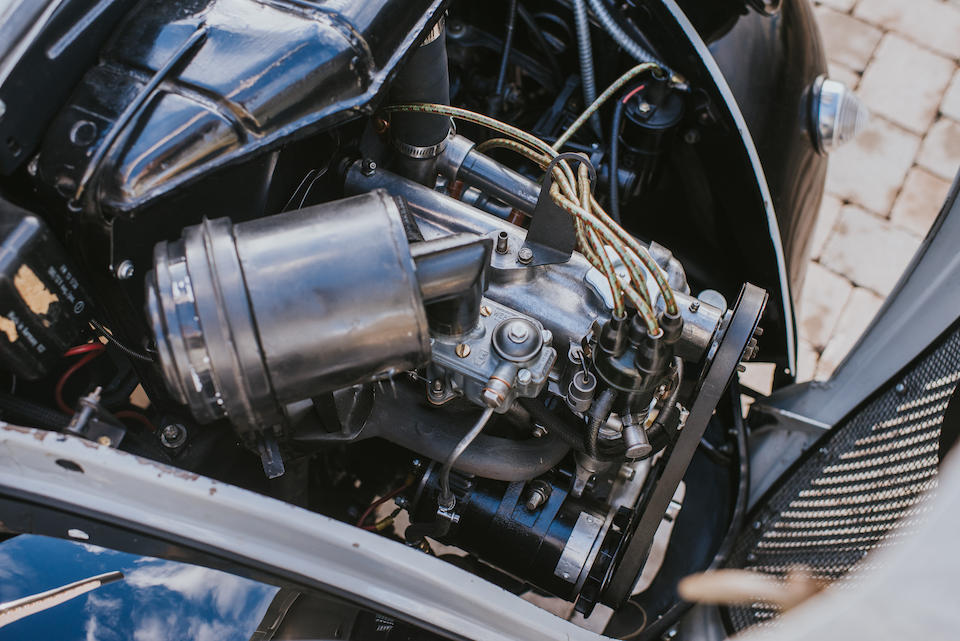 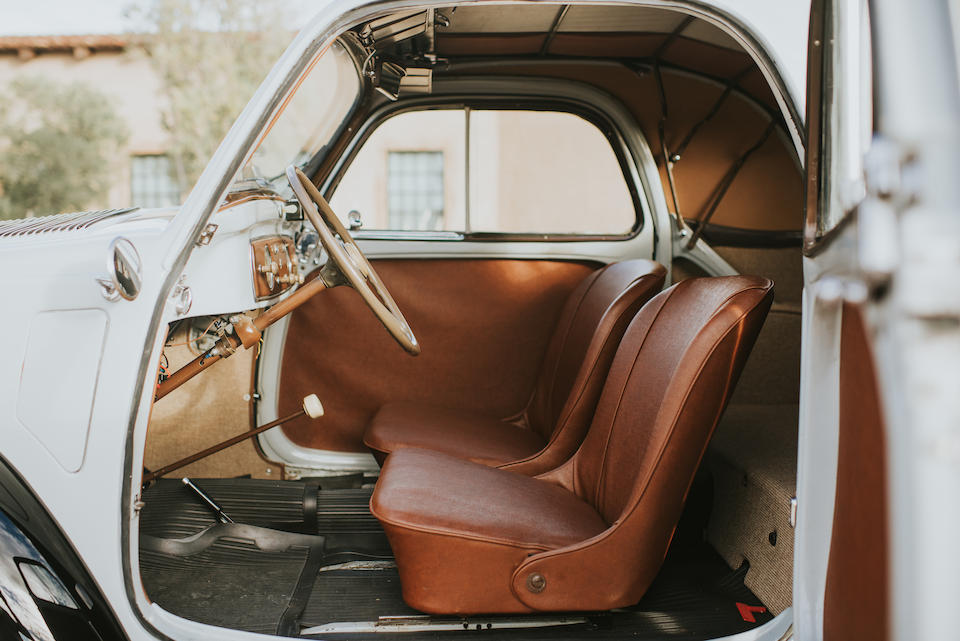 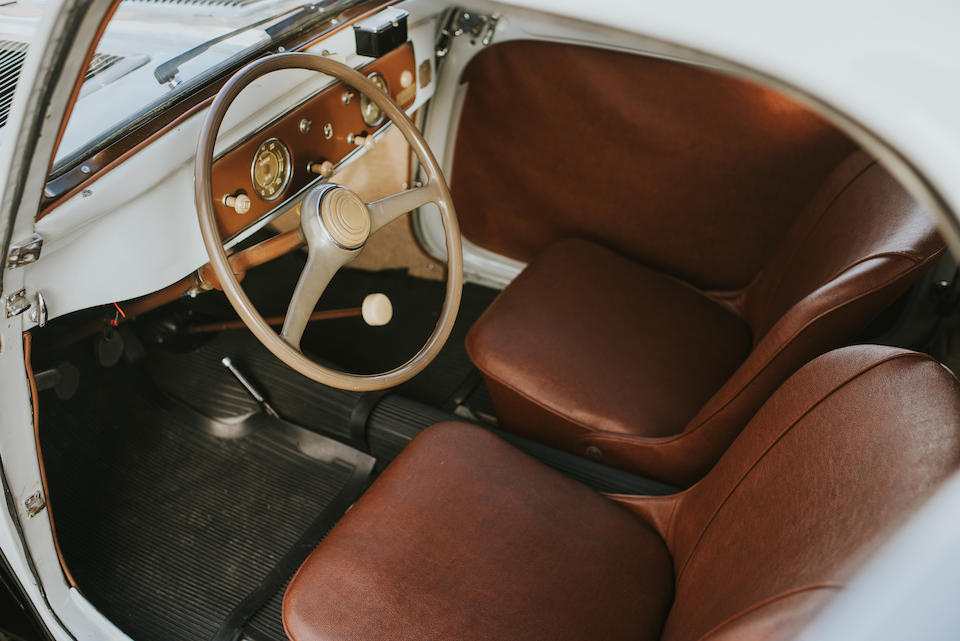 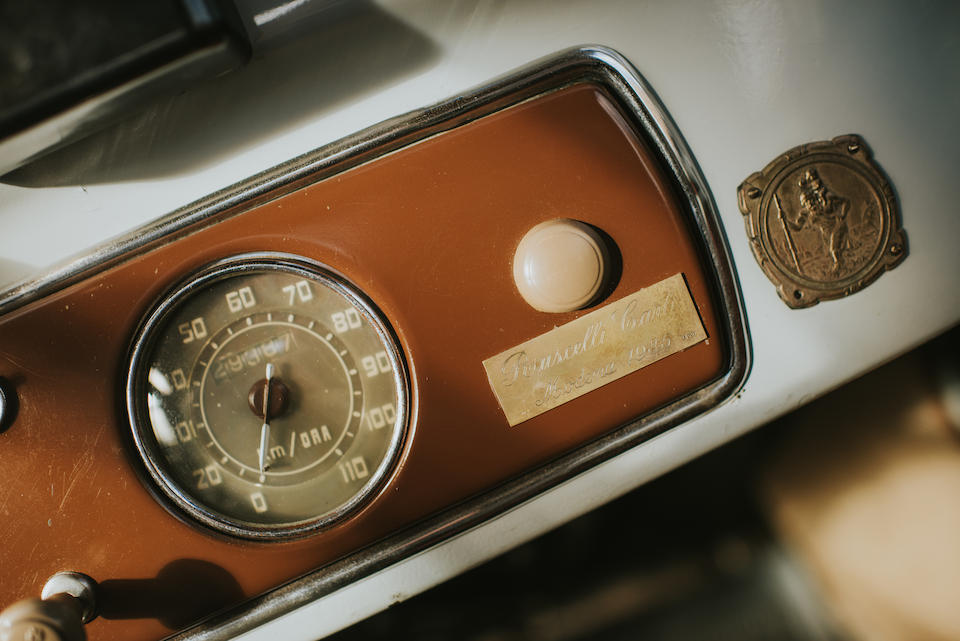 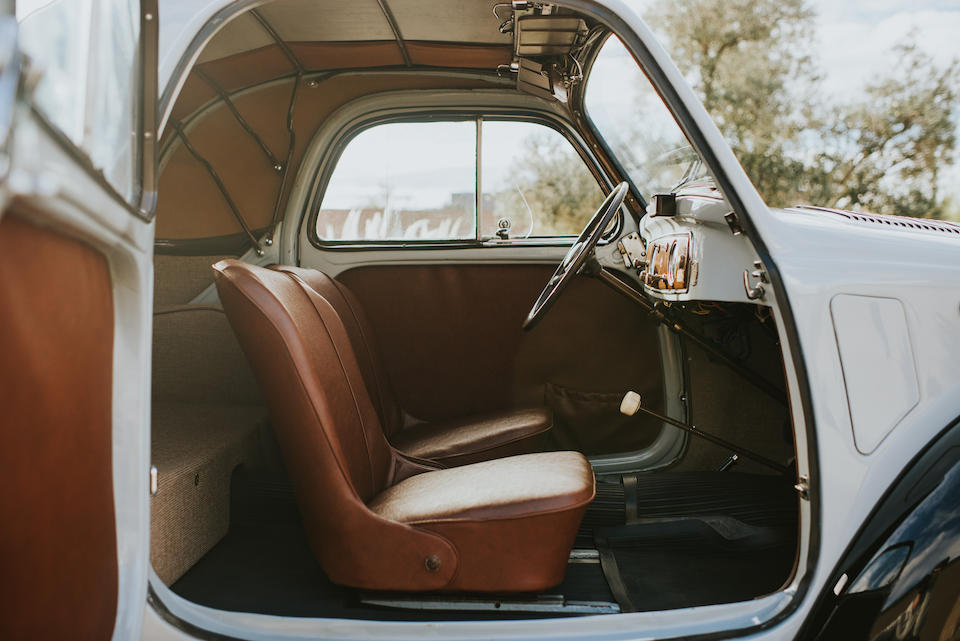 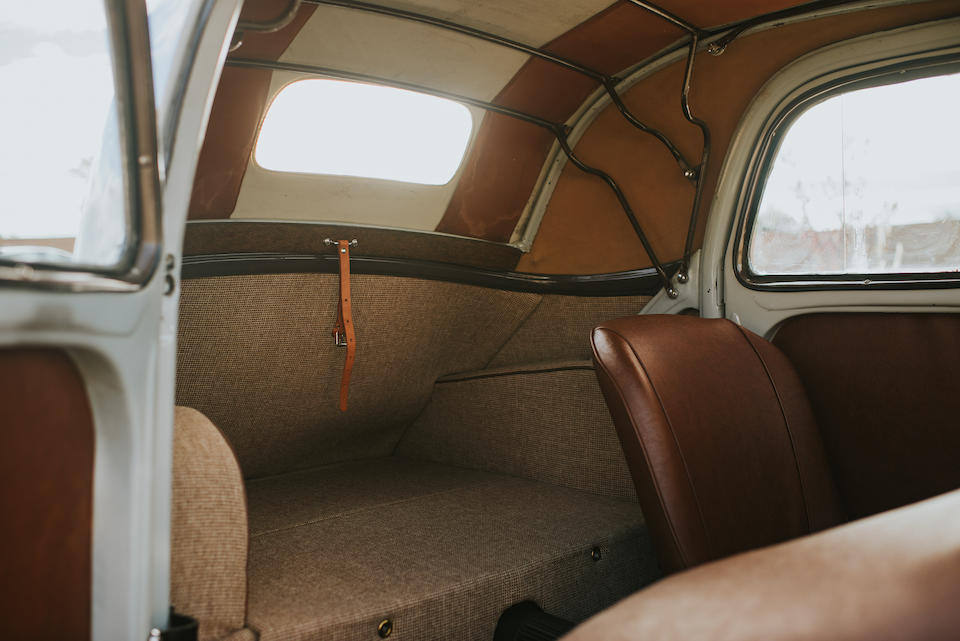 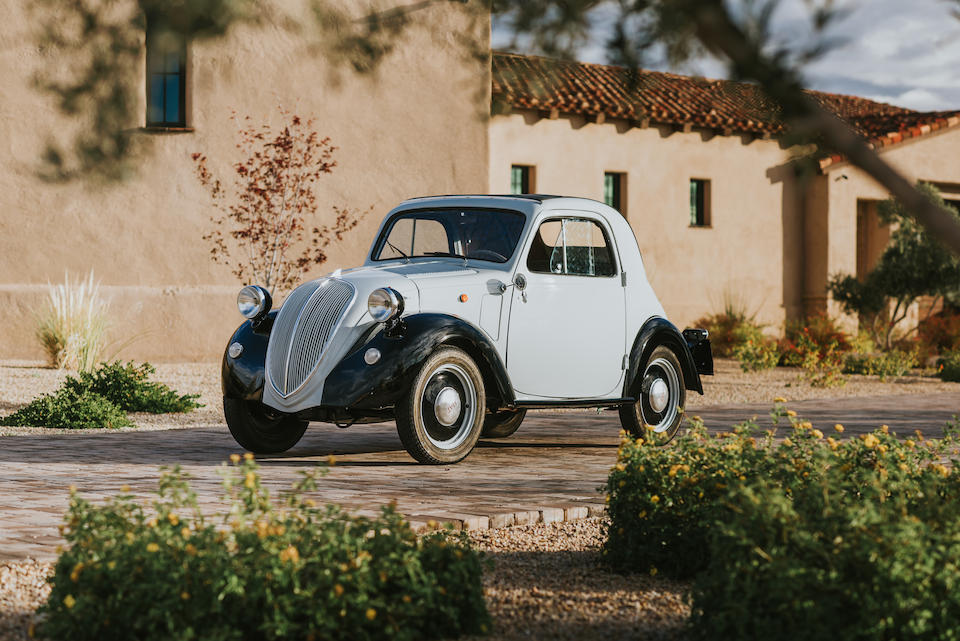 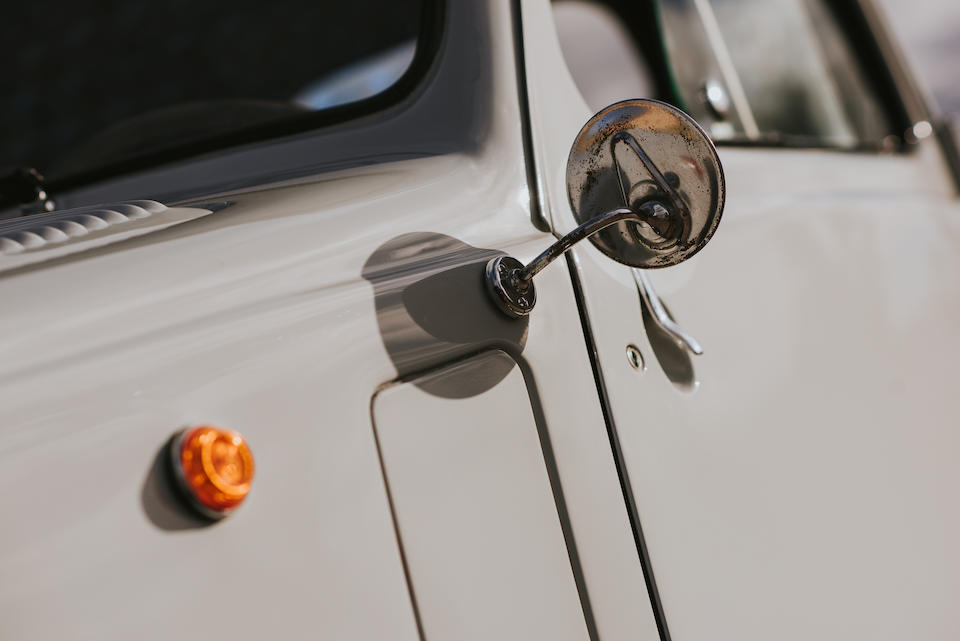 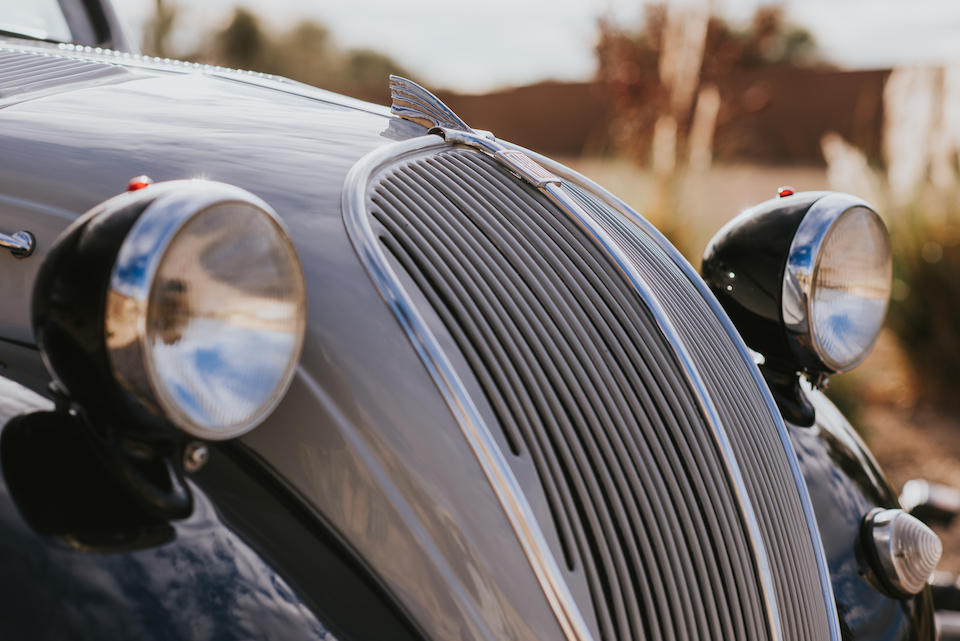 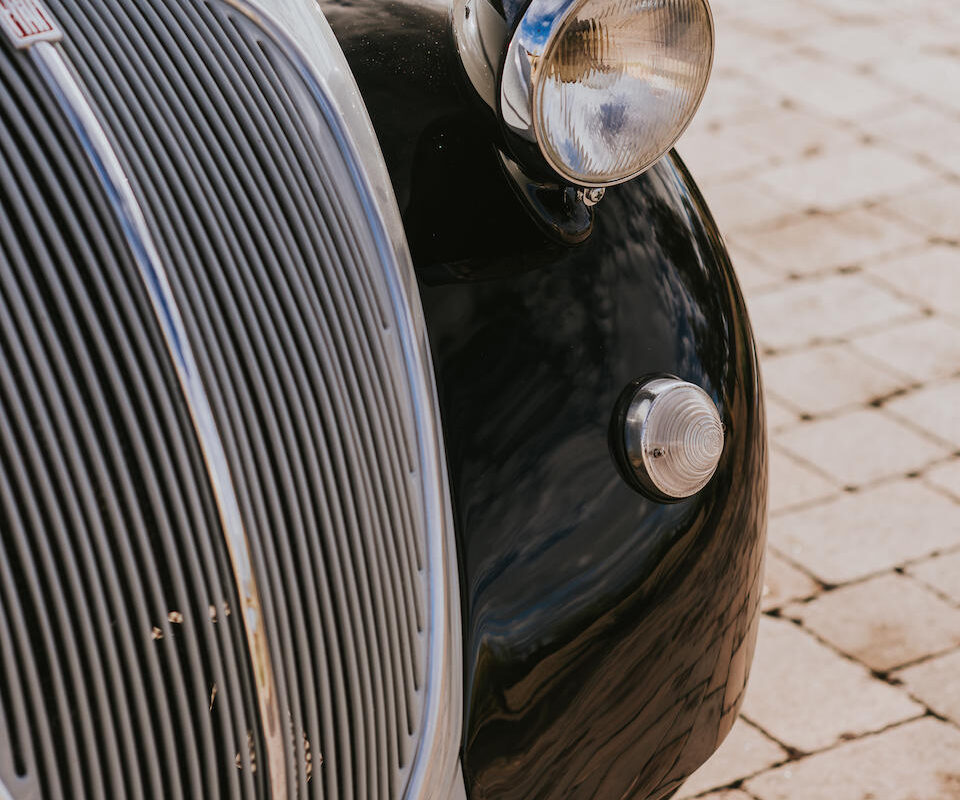 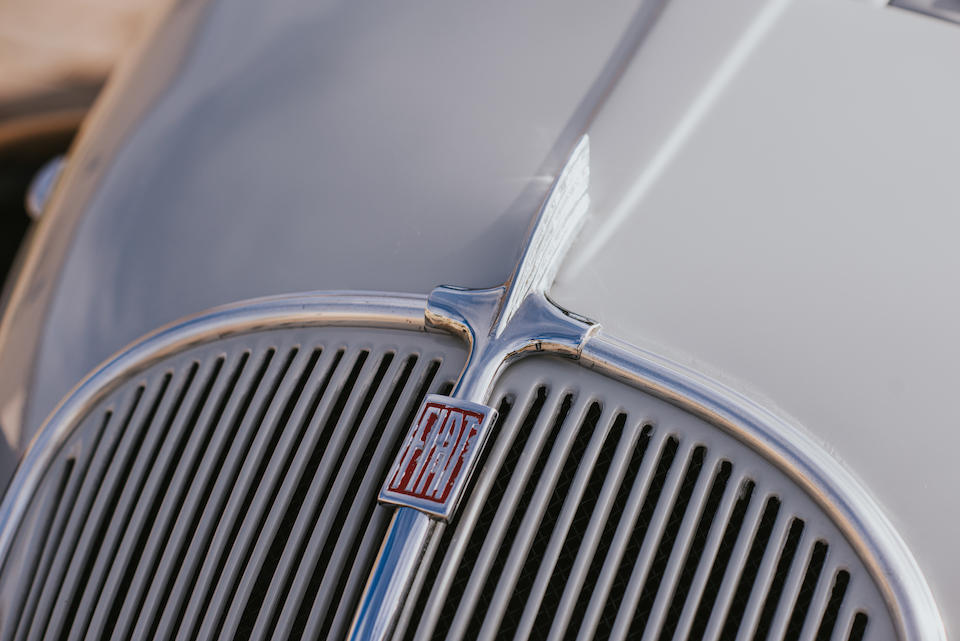 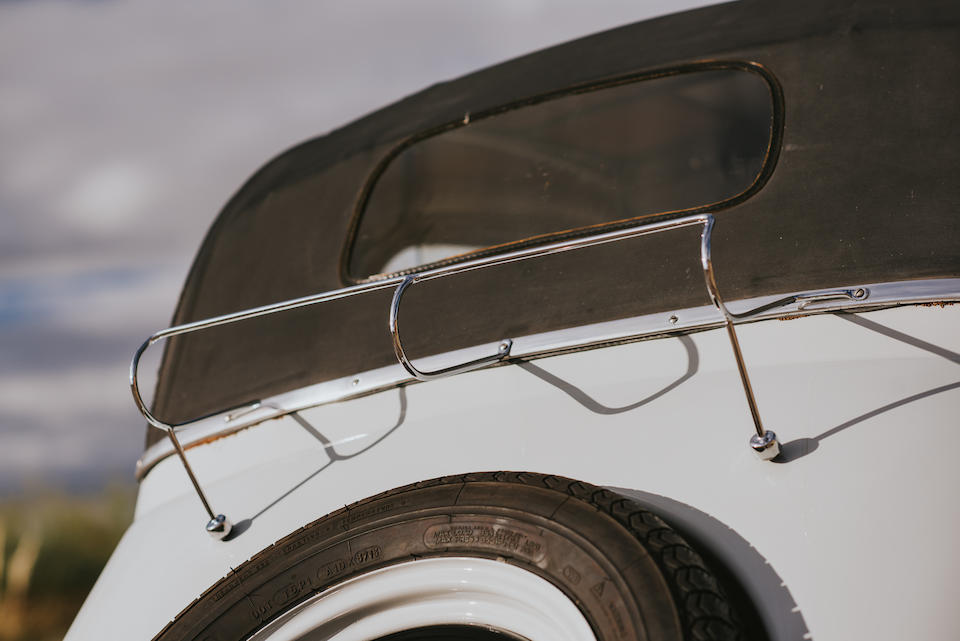 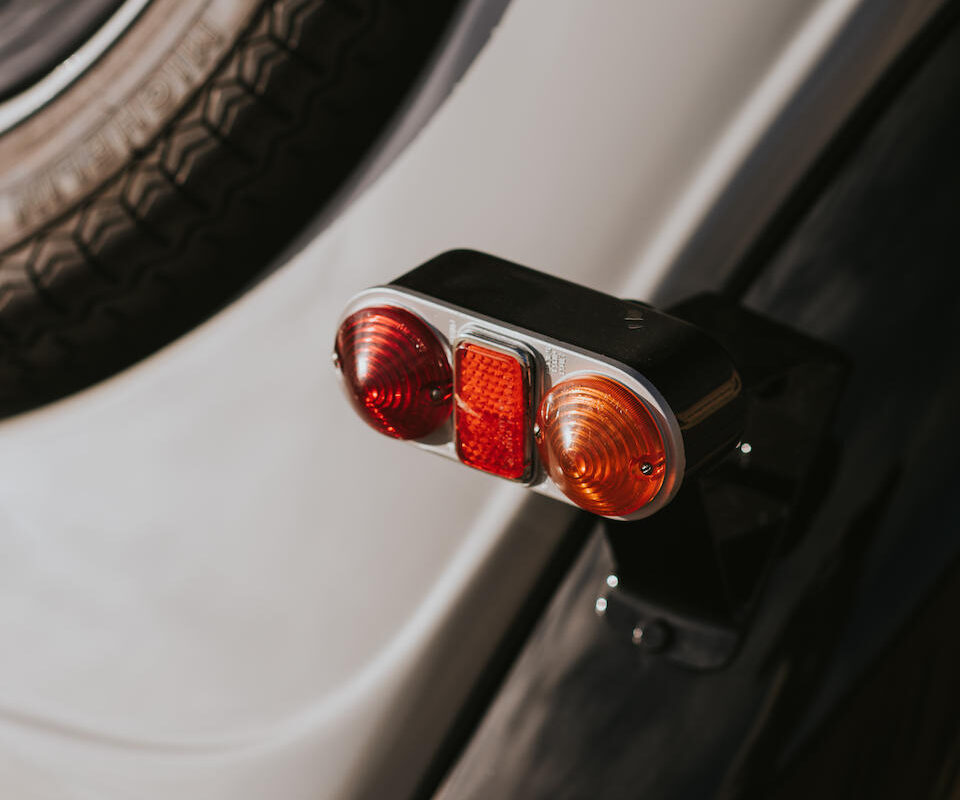 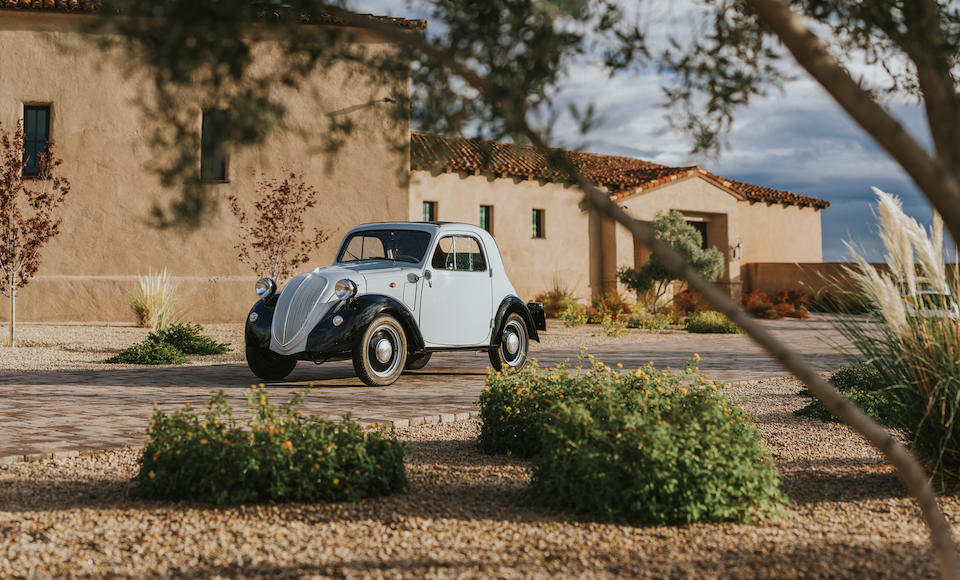 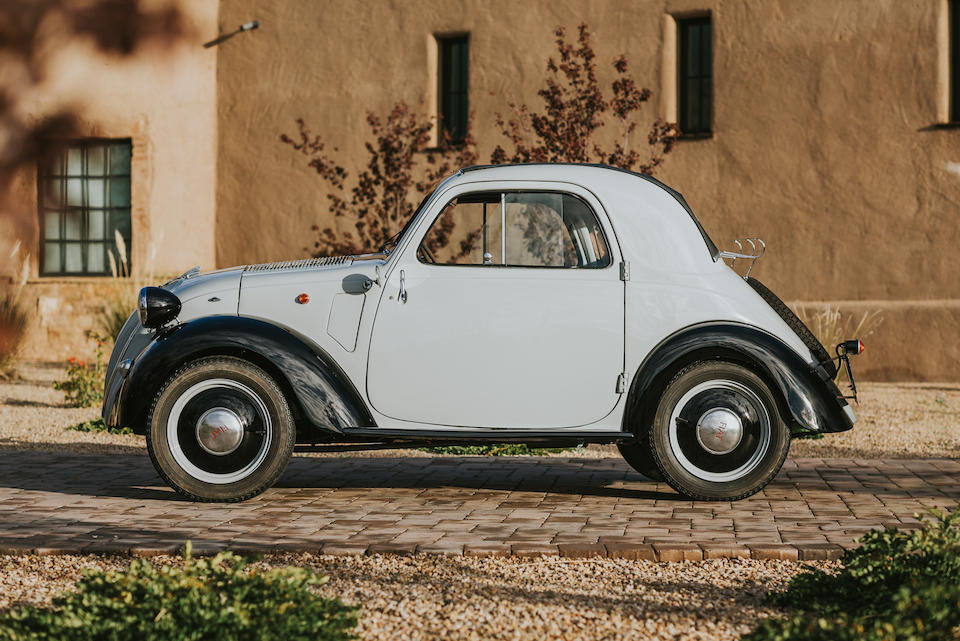 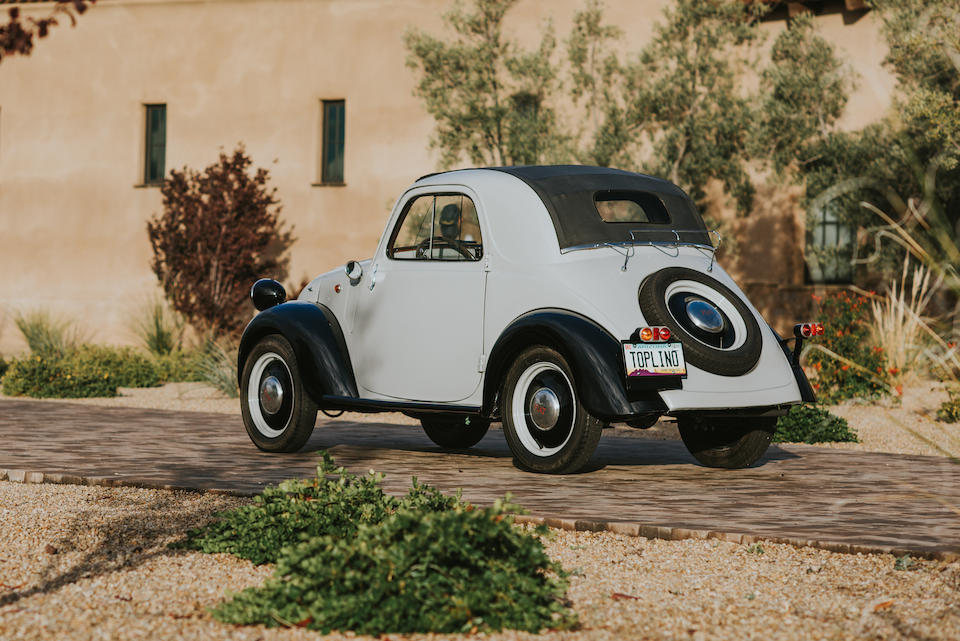 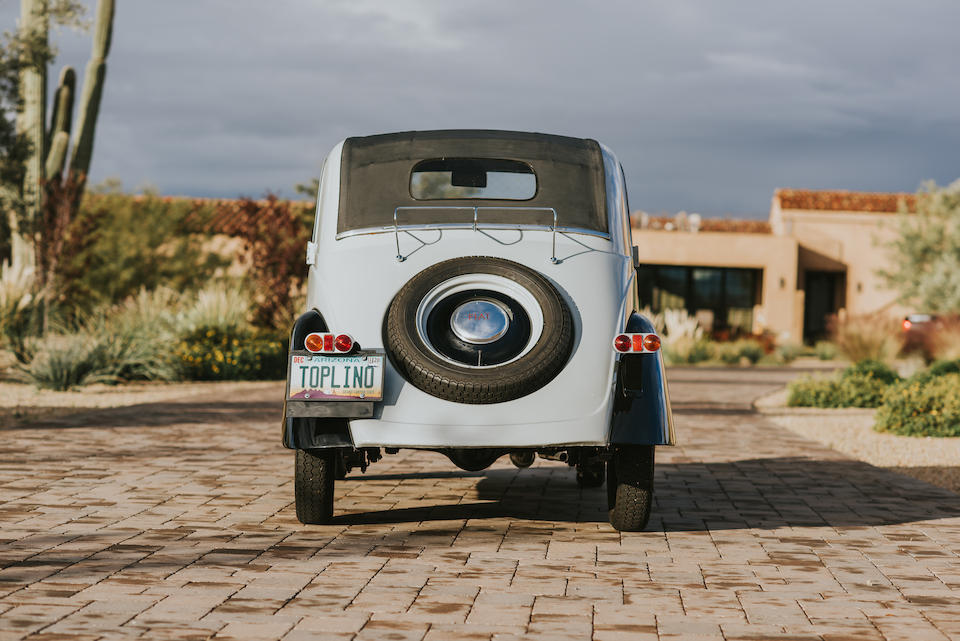 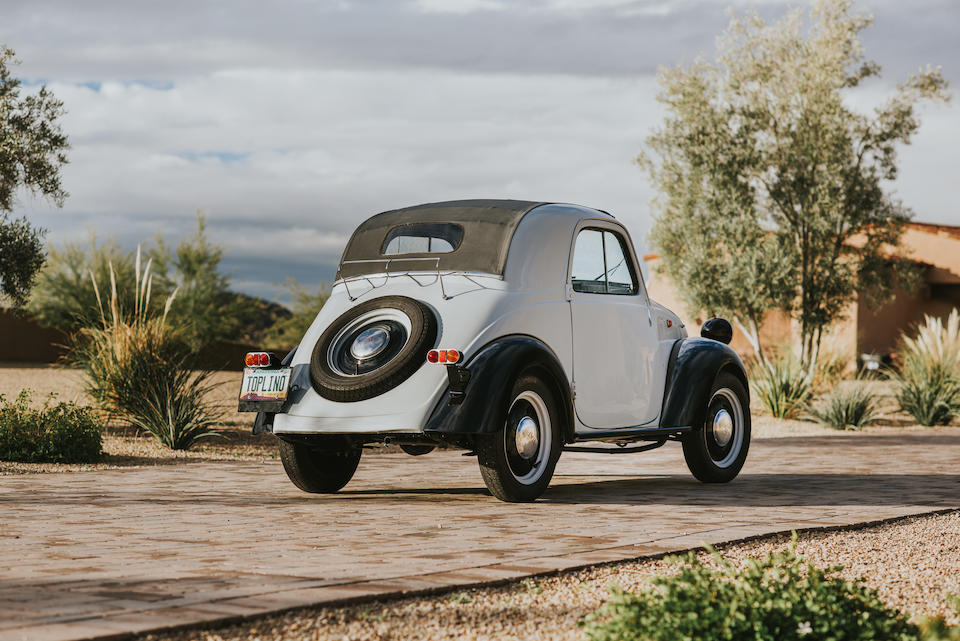 Fiat‘s Topolino had a remarkable run, with more than 500,000 made from 1937 to 1955. At the time of its introduction it was one of the smallest cars in the world – a two-passenger coupe with a 569cc four-cylinder engine and four-speed gearbox. Officially called “500,” it soon took the nickname Topolino, literally “little mouse” but soon interpreted as Mickey Mouse, for its mouse ear-like headlamps on its front fenders. A team of 32 Topolinos stormed the Mille Miglia, the fastest one averaging nearly 50 mph. The Topolino’s popularity helped push Fiat production to a new record in 1937, and nearly 84,000 had been made by the time Italy entered World War II.

The car photographed here in a period shade of light grey with red painted wheels and a brown interior, the Topolino’s charm is in its simplicity. Described as an older restoration, the Topolino came to the US in 1985 when it was imported from Italy by then owner Alberto Pedretti. With a history file dating back to that period, the Fiat was maintained during Pedretti’s ownership with an engine and transmission rebuild performed.

Acquired by its previous owner about 15 years ago, and in current ownership for about 5 years, the Topolino is very original, and sports a newer replaced wool headliner, while the trunk has been tidied. An engine refurbishment has been carried out in recent times as well. Upgraded 500C tubeless wheels and a C aluminum oil sump have been fitted, and the Topolino is reported to run and drive well. This Topolino presents as a functional and charming example of one of Italy’s most beloved icons.