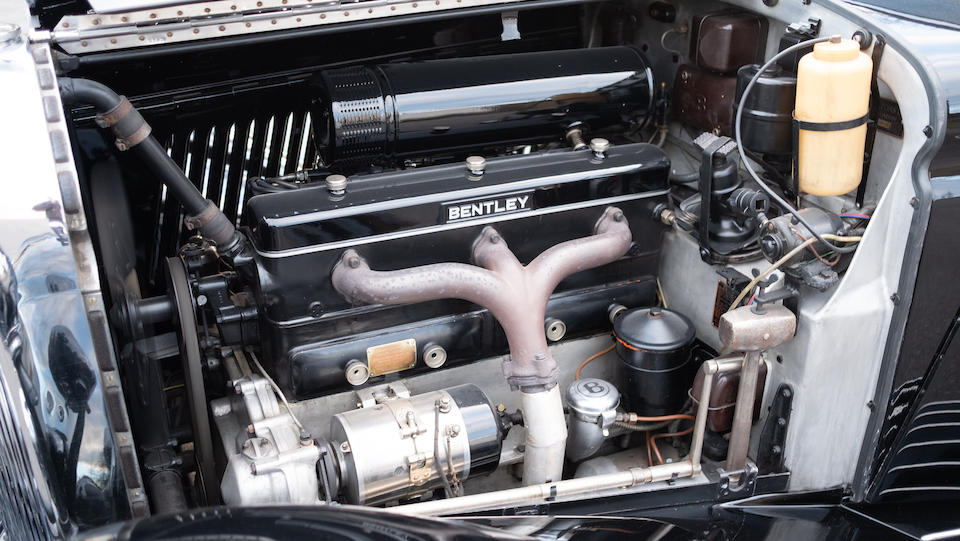 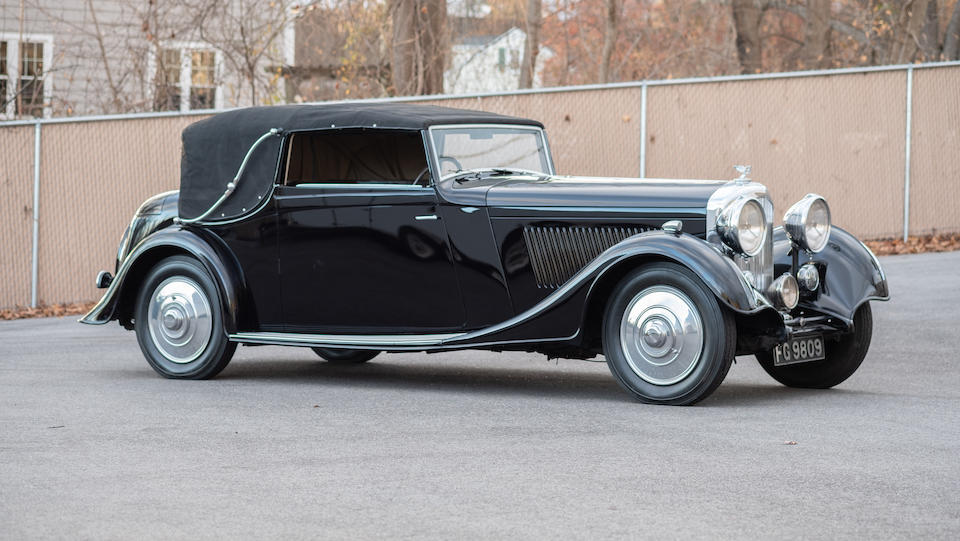 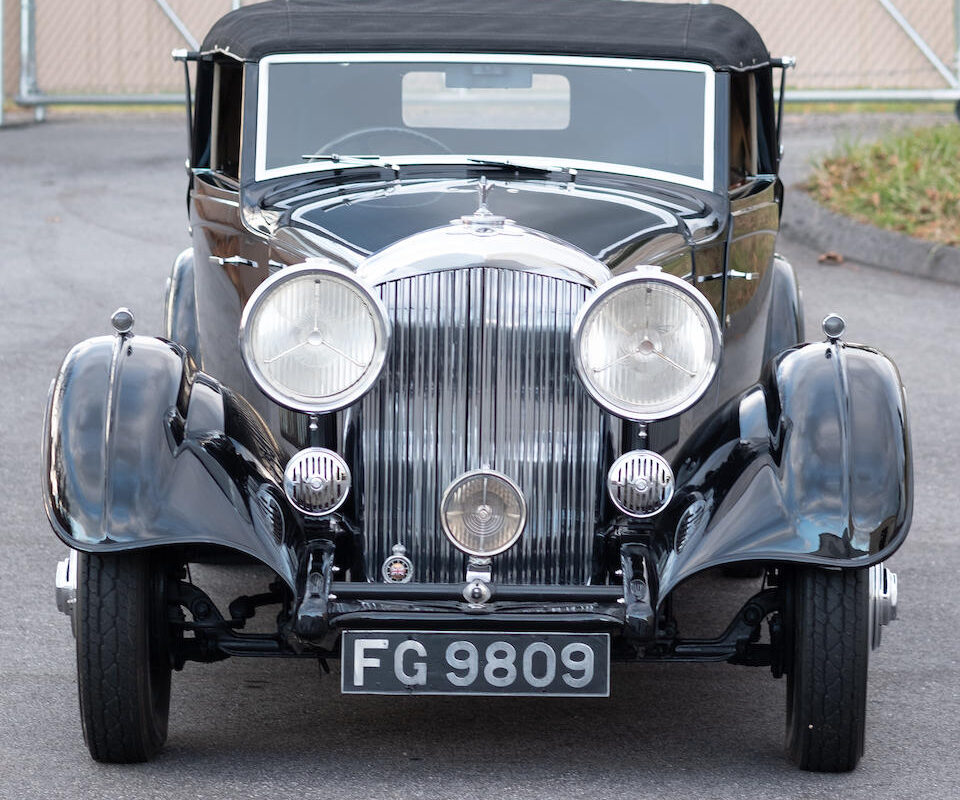 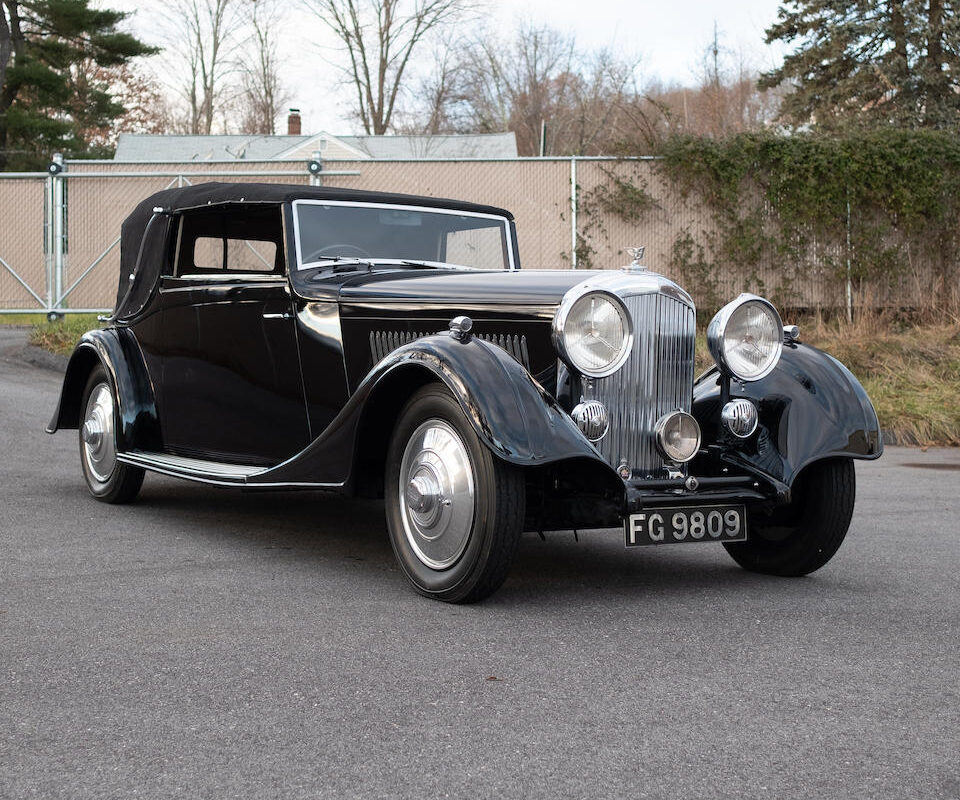 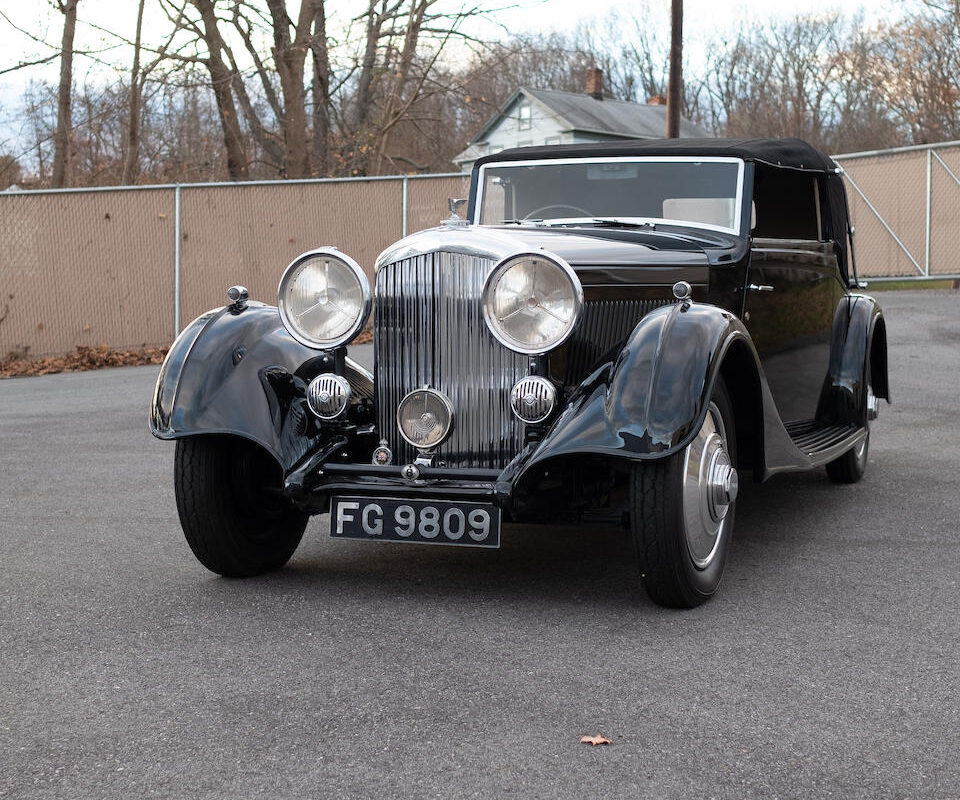 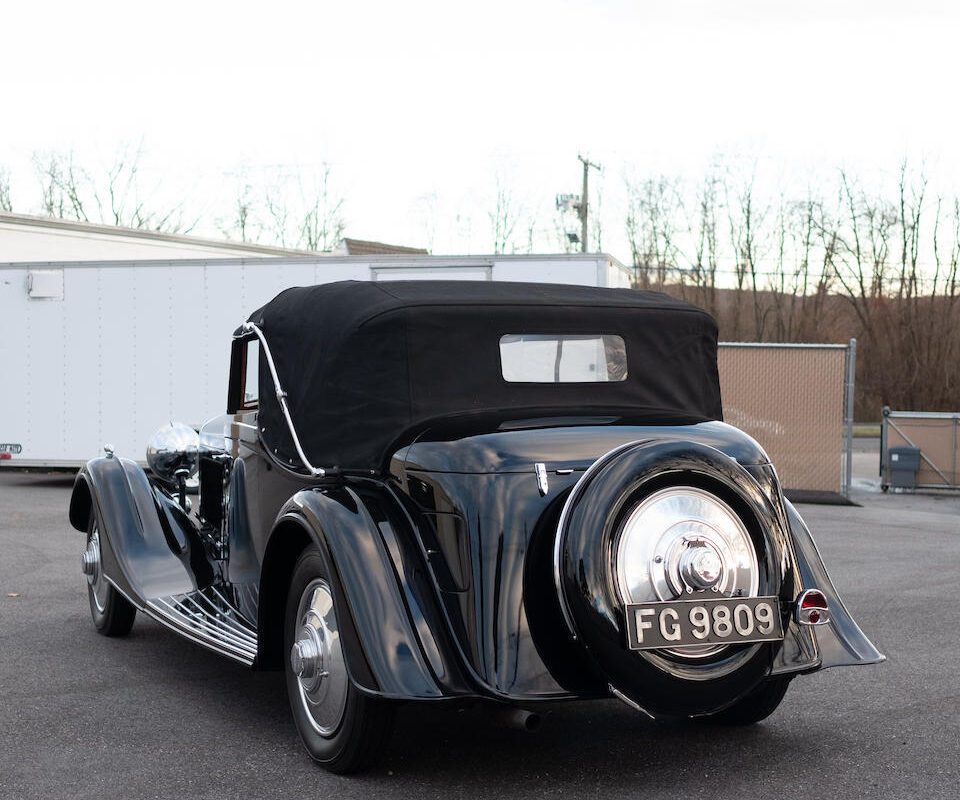 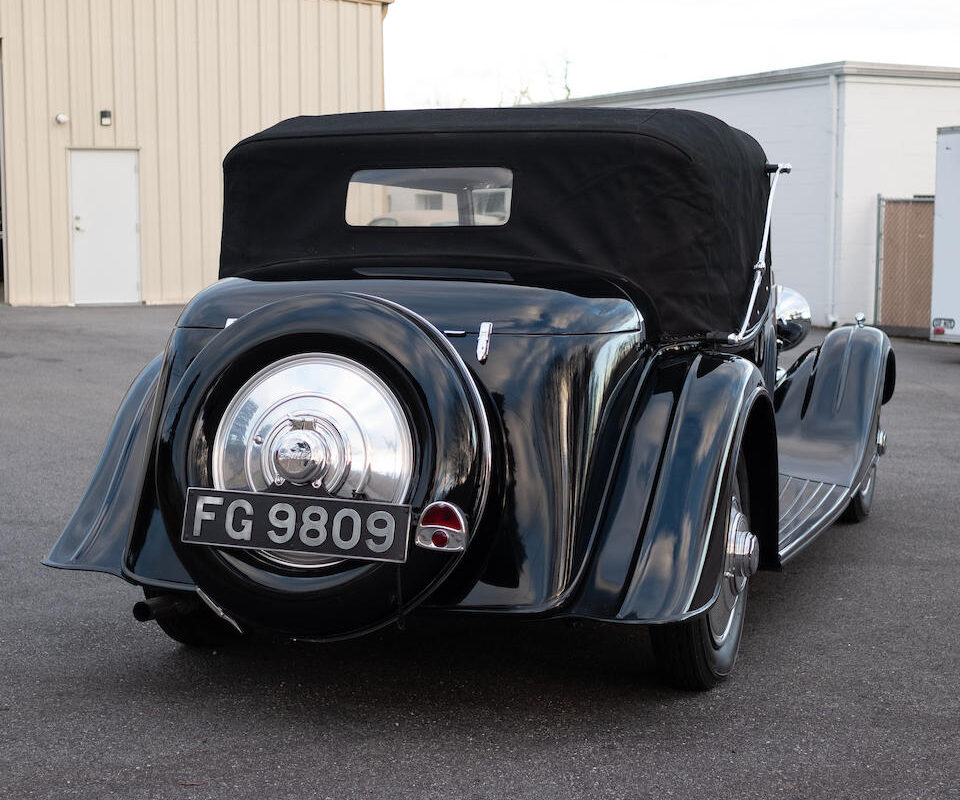 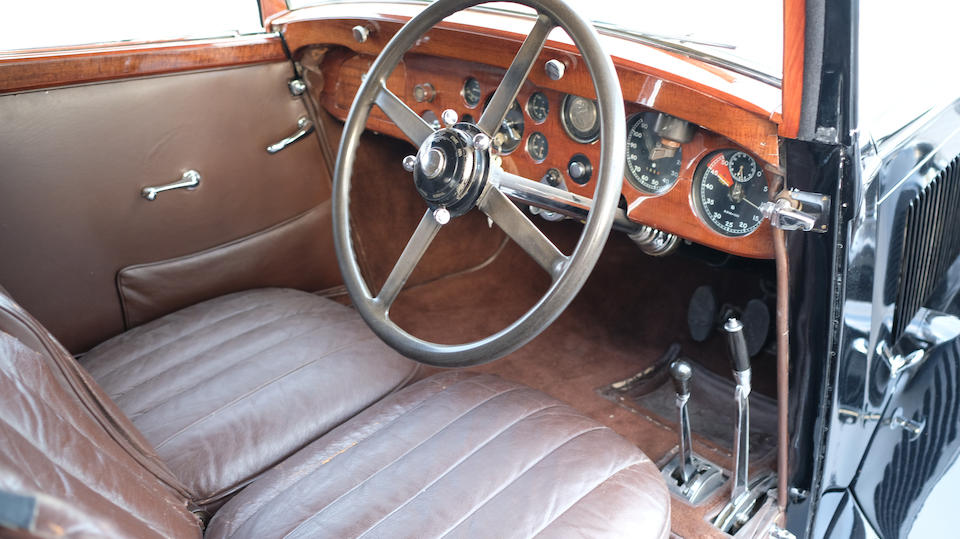 ‘… the ability to traverse the rapidly crowding roads of Great Britain in less time, and with less, effort were points strong in its favour.’ Johnny Green on the 3½-Litre, Bentley, 50 Years of the Marque.

Although Rolls-Royce’s acquisition of Bentley Motors in 1931 robbed the latter of its independence, it did at least ensure the survival of the Bentley name. Launched at Ascot in August 1933, the first of the ‘Derby Bentleys’, as they would come to be known, continued the marque’s sporting associations but in a manner even more refined than before. Even W O Bentley himself acknowledged that the 3½-Litre model was the finest ever to bear his name. Based on the contemporary Rolls-Royce 20/25hp, the 3½-Litre Bentley was slightly shorter in the wheelbase and employed a tuned (115bhp) twin-SU-carburetor version of the former’s overhead-valve six. Add to this already remarkable package an all-synchromesh four-speed gearbox and servo assisted brakes, and the result was a vehicle offering the driver effortless sports car performance in almost absolute silence. ‘The Silent Sports Car’, as it was swiftly dubbed, had few peers as a tireless long-distance tourer, combining as it did traditional Rolls-Royce refinement with Bentley performance and handling.

The Derby Bentley was, of course, an exclusively coachbuilt automobile and as befitted its sporting nature was almost always fitted with owner-driver saloon or drophead coupé coachwork, the ‘standard’ designs being the work of Park Ward. Of the 2,442 examples manufactured (including the subsequent 4¼-Litre model) almost 50% were originally bodied by Park Ward.

This particular Bentley was ordered by M.S. Spencer-Nairn, of Fife, Scotland, the heir to the Michael Nairn linoleum company. In chapter 12 of his published family history, Silver Spoon, Mr. Nairn wrote that he sold his 1932 Lagonda Open Tourer and bought “…my dream car, a 3½-Litre Bentley…to be fitted with a drop head coupé body made by Thrupp & Maberly.”

According to the factory build sheets Mr. Spencer-Nairn specified that his Bentley include several non standard items: a speedometer with a clock mounted in the upper center of the dial, a steering column and gear lever that were two inches shorter than was standard, also it is stated that car was to be used for both “town work and touring.”

Mr. Spencer-Nairn took delivery of the car on June 18, 1934. Chassis B75BL was stored during the war. After the war a more piratical Bentley saloon was ordered.

B75BL was sold to R.E. Merchant, of Derby, who owned it until 1984, it then came into the ownership of Howard Brown, a Californian working in London. It was repainted, and the chassis, mechanicals, and cosmetics were redone, resulting in a very reliable car and “a joy to drive.” When Howard and Kathie Brown returned to California they brought their Bentley. In 2008, Mr. Brown had the car’s body stripped to bare metal in preparation for repainting, but sadly, he died prior to its completion. The car remained in Mrs. Brown’s ownership until it was sold to its current owner, who completed the freshening.