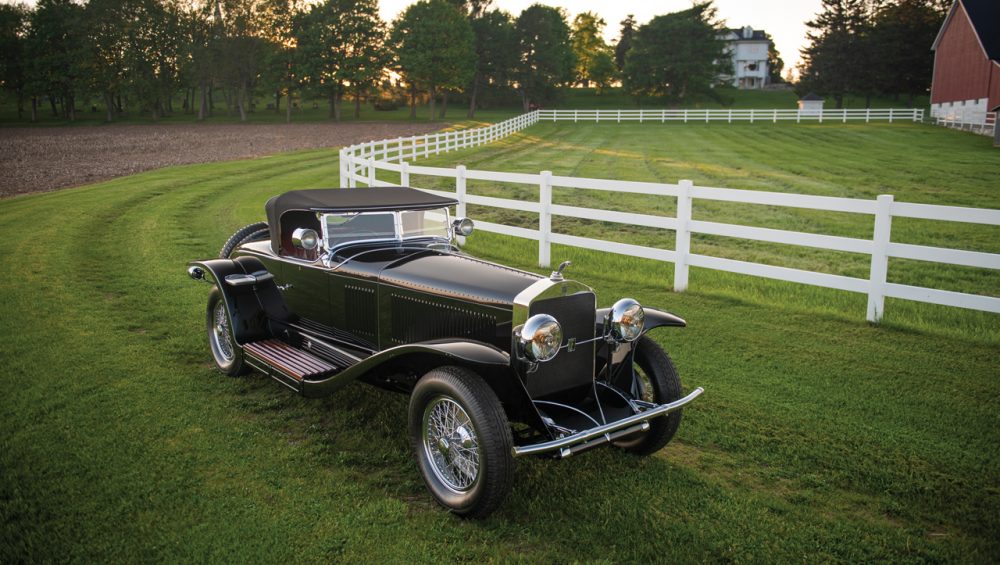 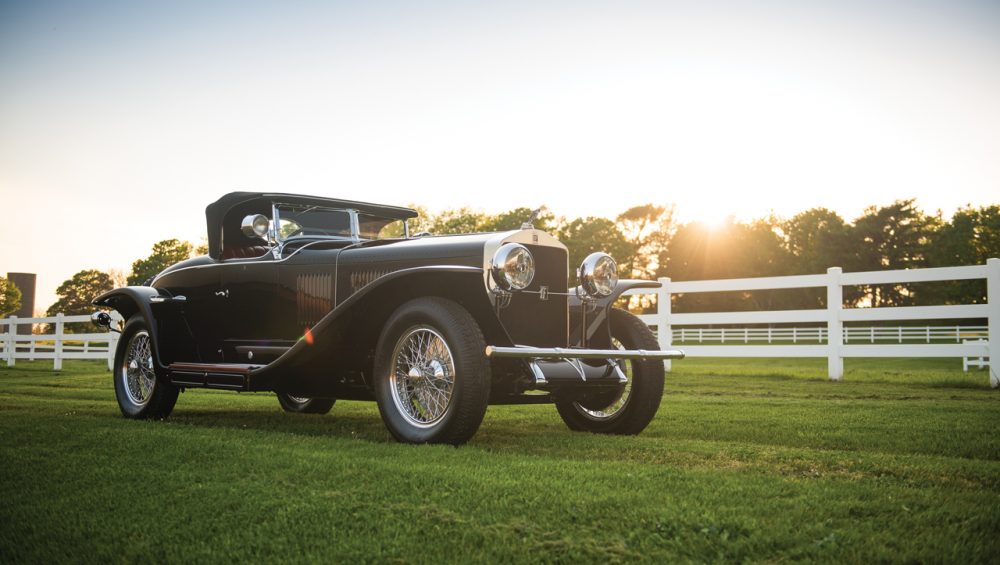 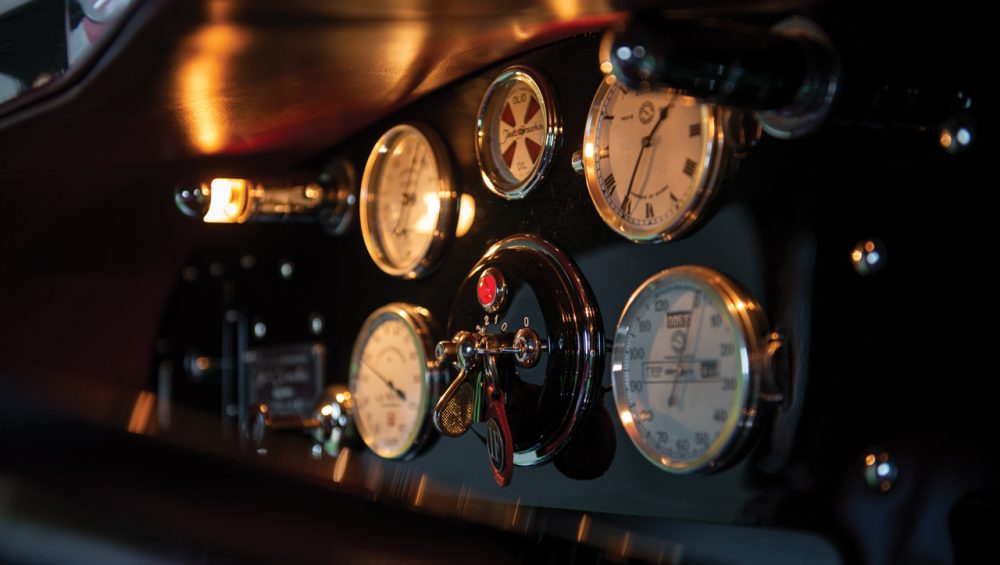 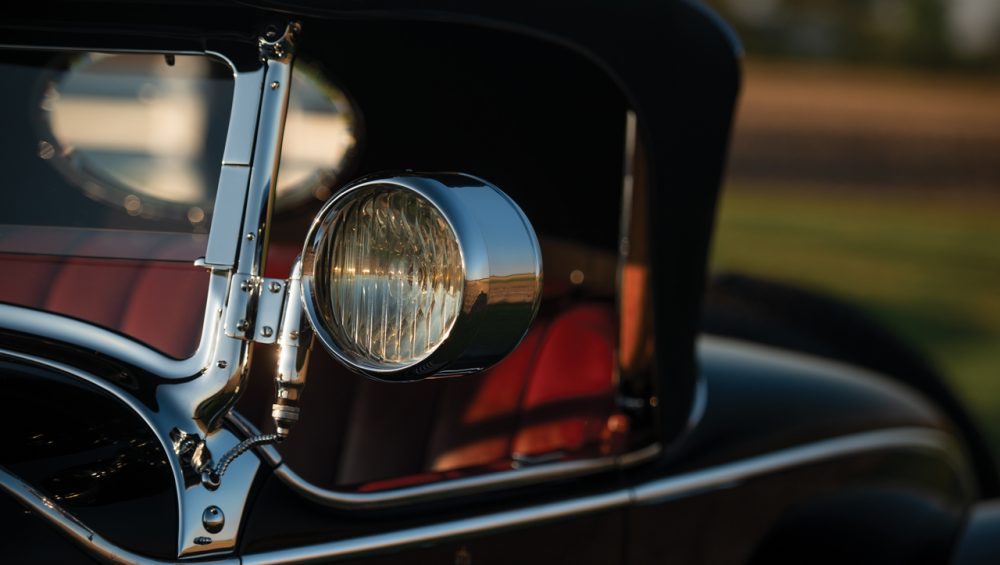 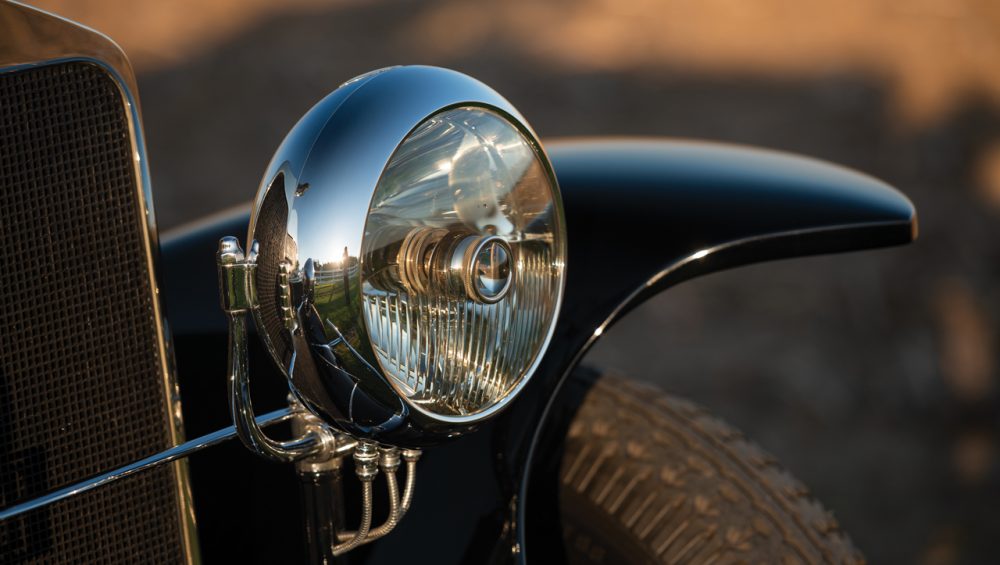 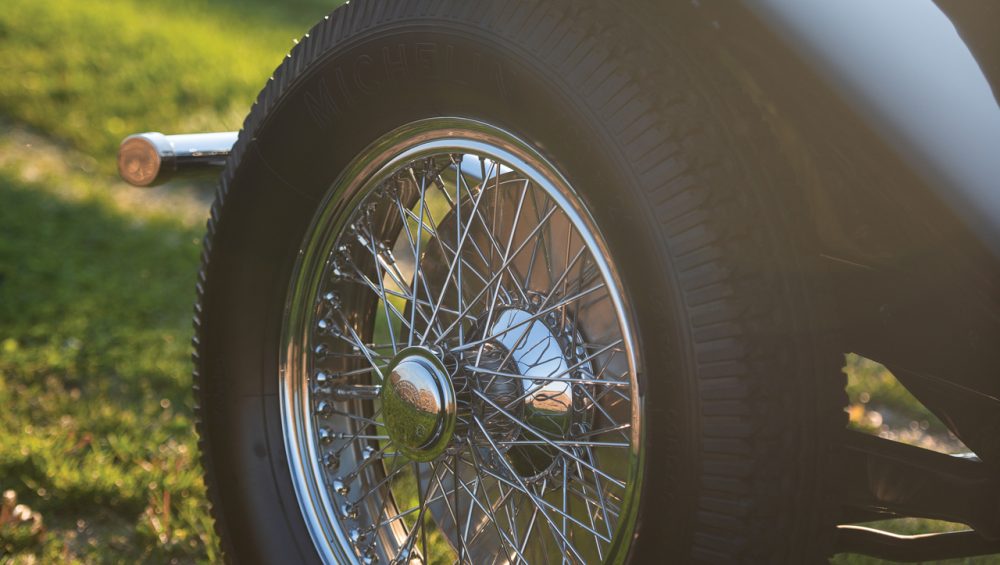 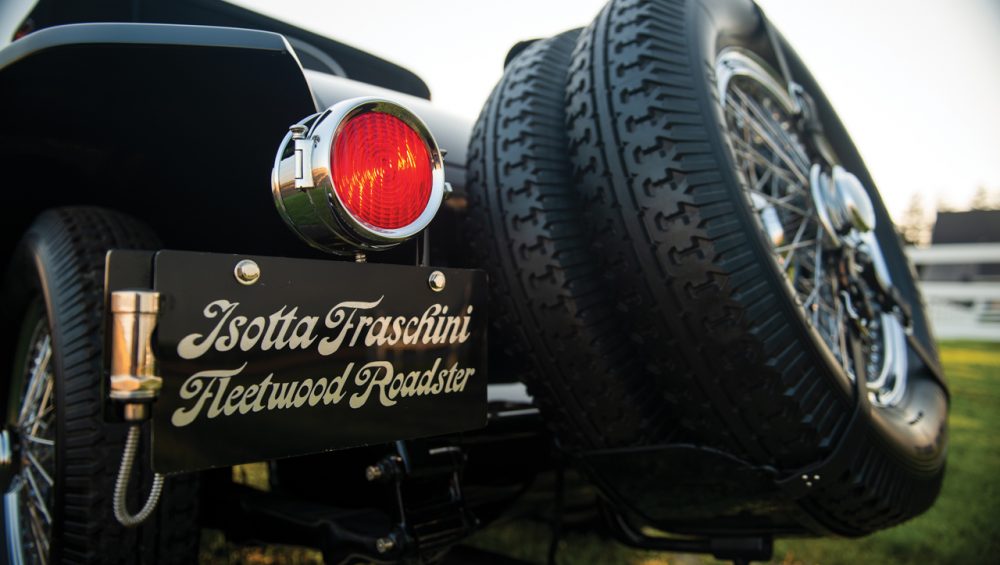 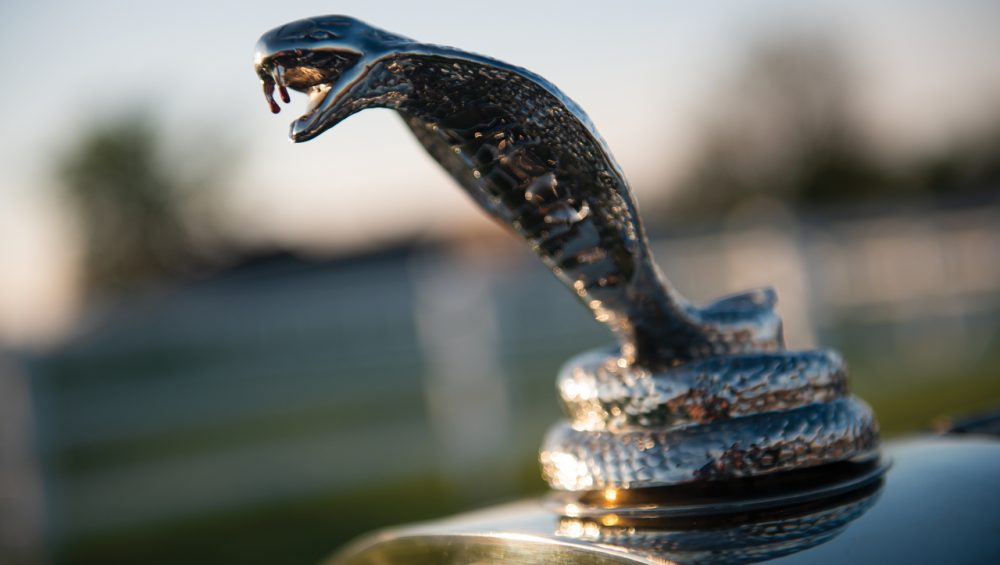 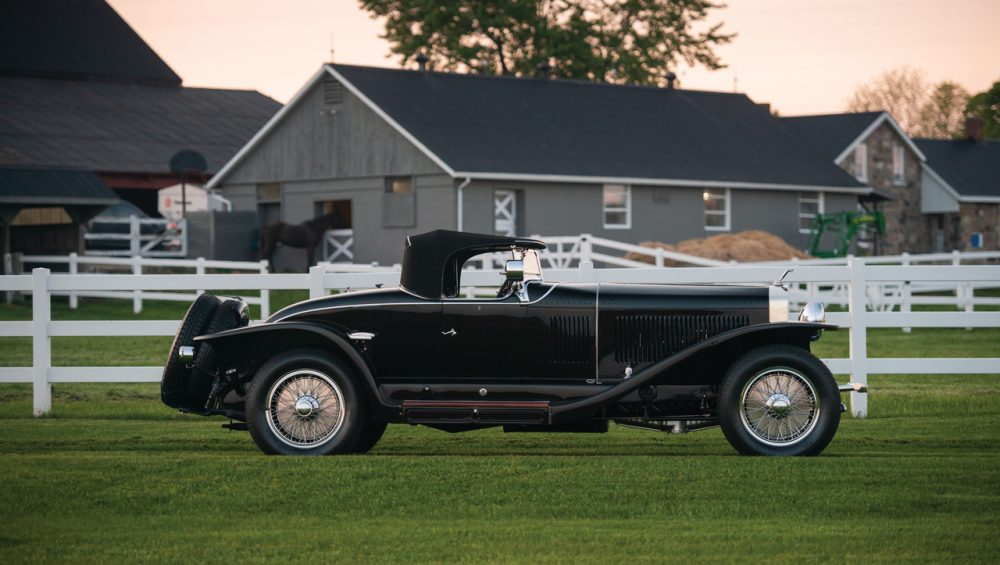 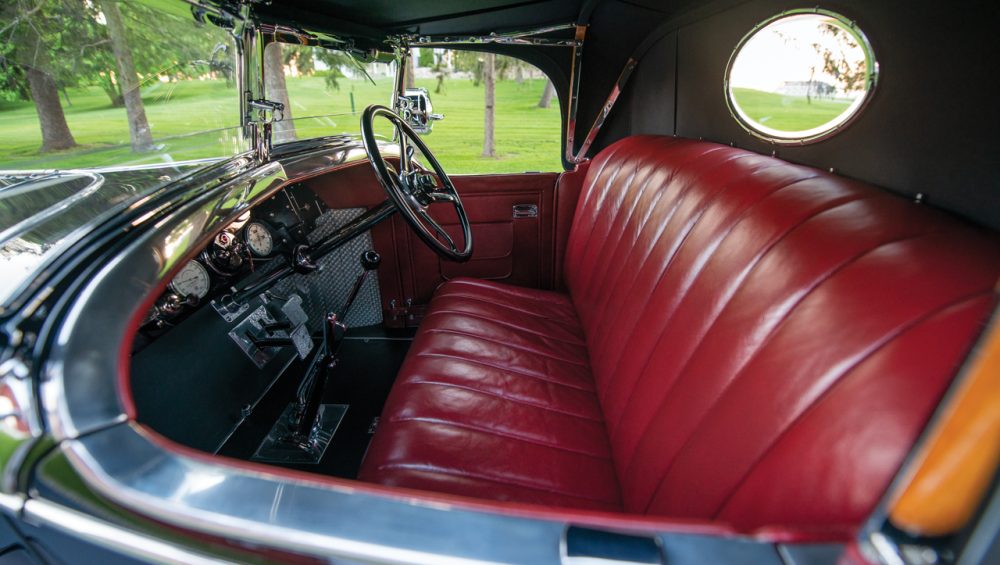 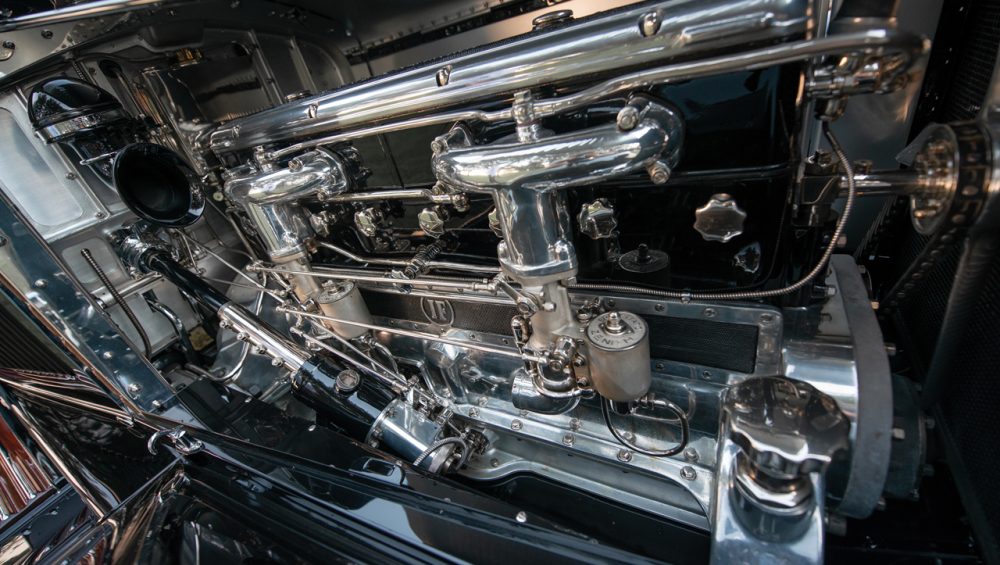 For those of you who know, the Isotta Fraschini Tipo 8A Roadster was a luxury and classic automobile made by the Italian car manufacturer Isotta Fraschini. It was the successor to the Tipo 8 model, with a new 7.3 litre straight-eight engine to replace the 5.9 litre unit used in the previous model. This new engine could produce 115–160 brake horsepower and was the most powerful mass-produced straight-8 engine in the world at that time. The Tipo 8A was offered only with bare chassis and engine for the coachbuilders.

The Isotta Fraschini car company promised that every car could do 93 mph. The car was very luxurious, and it cost more than a most other cars of its kind. Around one third of these cars were sold in the United States. The characteristic car body was made by Swiss manufacturer Carrosserie Worblaufen.

Known to be an involved owner concerned with the specifications of his machines, Rudolph Valentino, a roaring success in Hollywood, was also reportedly personally involved in the car’s design work, carried out by LeBaron of New York City, with the actual construction of the body handed over to the Fleetwood Metal Body Company of New York City. With its long, flared open fenders and low-slung lines, accentuated by classic “long hood/short deck” proportions, it was a showstopper deserving of a Hollywood icon. Although Valentino never had the chance to drive the car he had help design – he died from a misdiagnosed perforated ulcer led to his sudden passing at the age of 31.

The Classic Car on Show

His roadster was completed and exhibited at the 1926 New York Auto Salon at the Commodore Hotel, then put on display in the front window of Isotta Motors, to be admired by throngs of his adoring, mourning fans. Raymond Dietrich, noting the ensuing melee, commented that the car, priced at an astonishing $25,000, should have been cut into 100 pieces and sold for $250 a piece; “such is the way of the gods”.

It remained intact – and after several owners who mainly prized the classic car monumentally, it landed in the hands of Howard Kizer, a Texaco executive in the 1960’s. He eventually passed the car to Richard C. Paine’s renowned Seal Cove Auto Museum, where it was exhibited for nearly two decades before its sale in 1985 to Matt and Barbara Browning of Ogden, Utah.

The current owners acquired the Isotta from the Browning collection in 2001, and RM Auto Restoration soon set to work restoring every nut and bolt to authentic, original condition.

The car returned to Pebble Beach in 2017, as part of a featured class of Isotta Fraschinis. A correct pleated interior, of the type shown in photographs of the Valentino car, was installed, along with a proper top to the original design and material. The remainder of the restoration required only freshening to appear much as it did when completed over a decade earlier – a testament to the owners’ superb care and the workmanship involved. It was thereafter awarded Best in Class at Pebble Beach, again – a remarkable achievement!

After exchanging hands over the years, the Isotta Fraschini Tipo 8A Roadster crossed the podium at the 2019 Inaugural Audrain’s Concours d’Elegance to receive the ‘Most Elegant’ award, being held there in front of the crowd, in dramatic fashion, to also receive the Best of Show award.

The Valentino Isotta has evolved from a living object on the streets of New York to a piece of automotive sculpture that is no mere automobile, but an icon of 1920s high society. Like the man, it was a legend in life, and it remains so today.