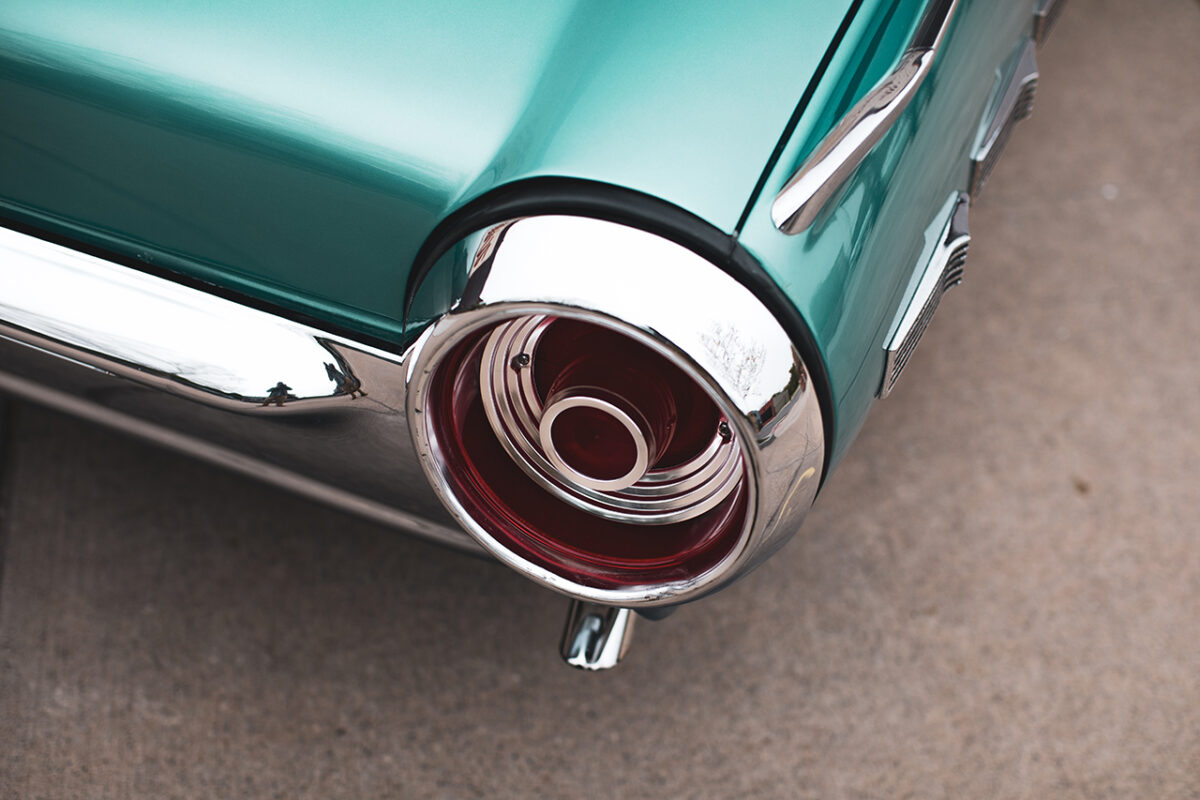 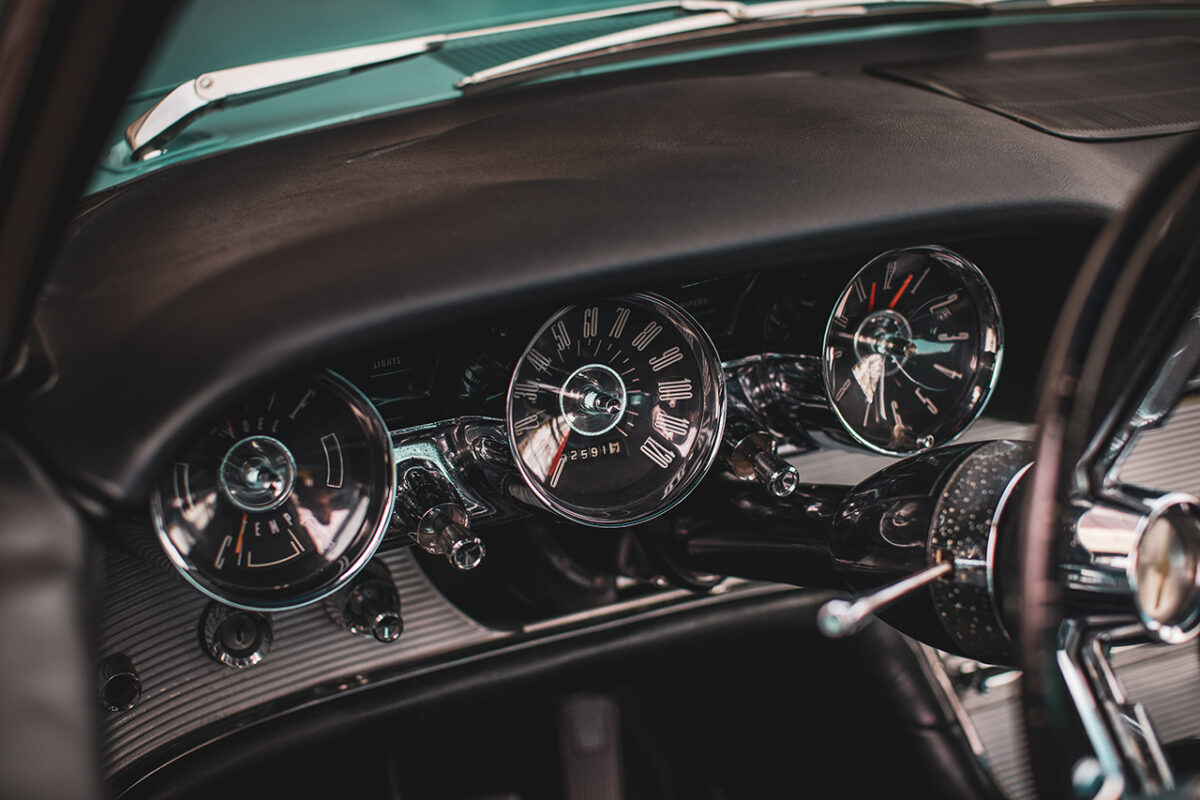 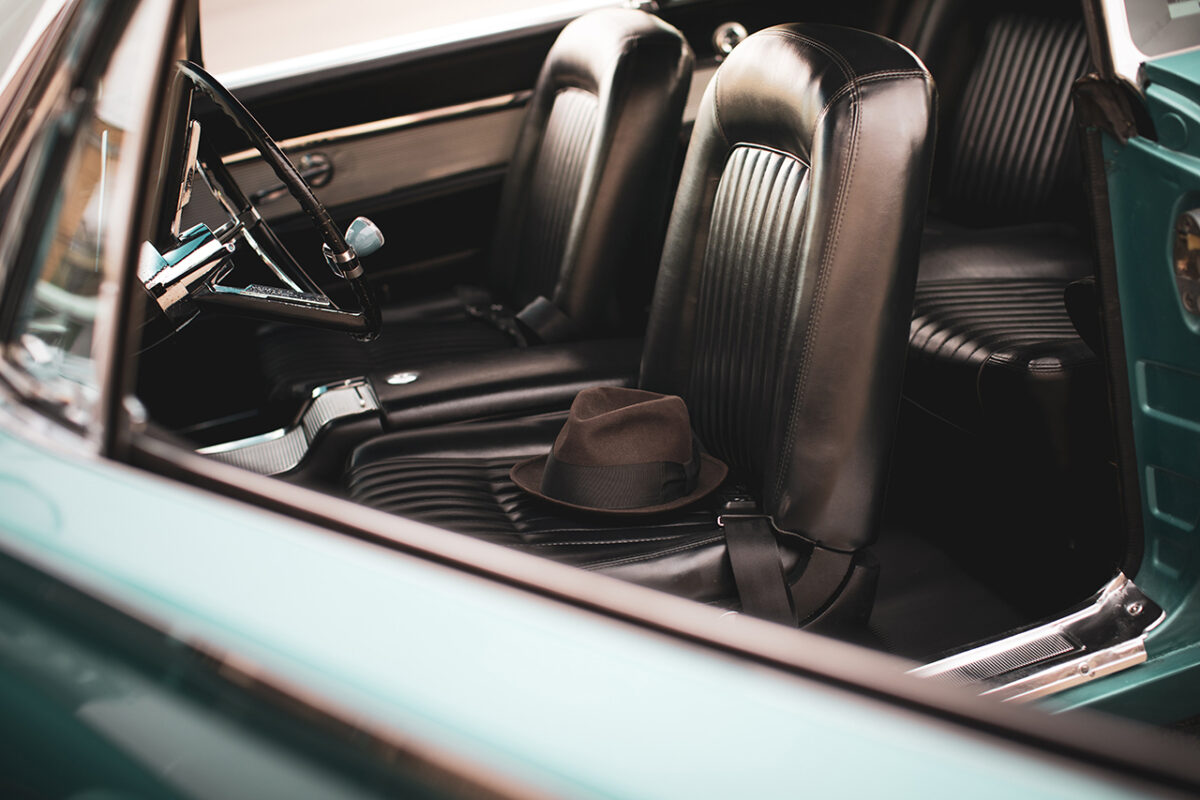 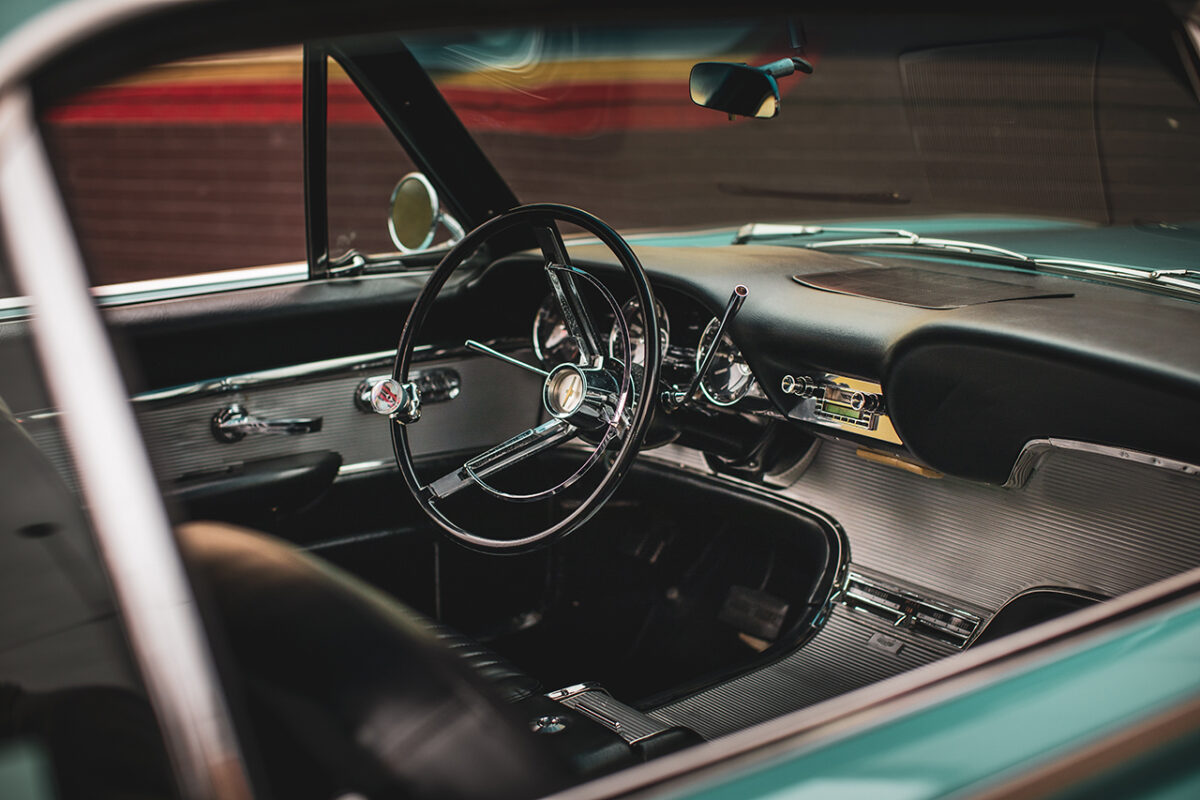 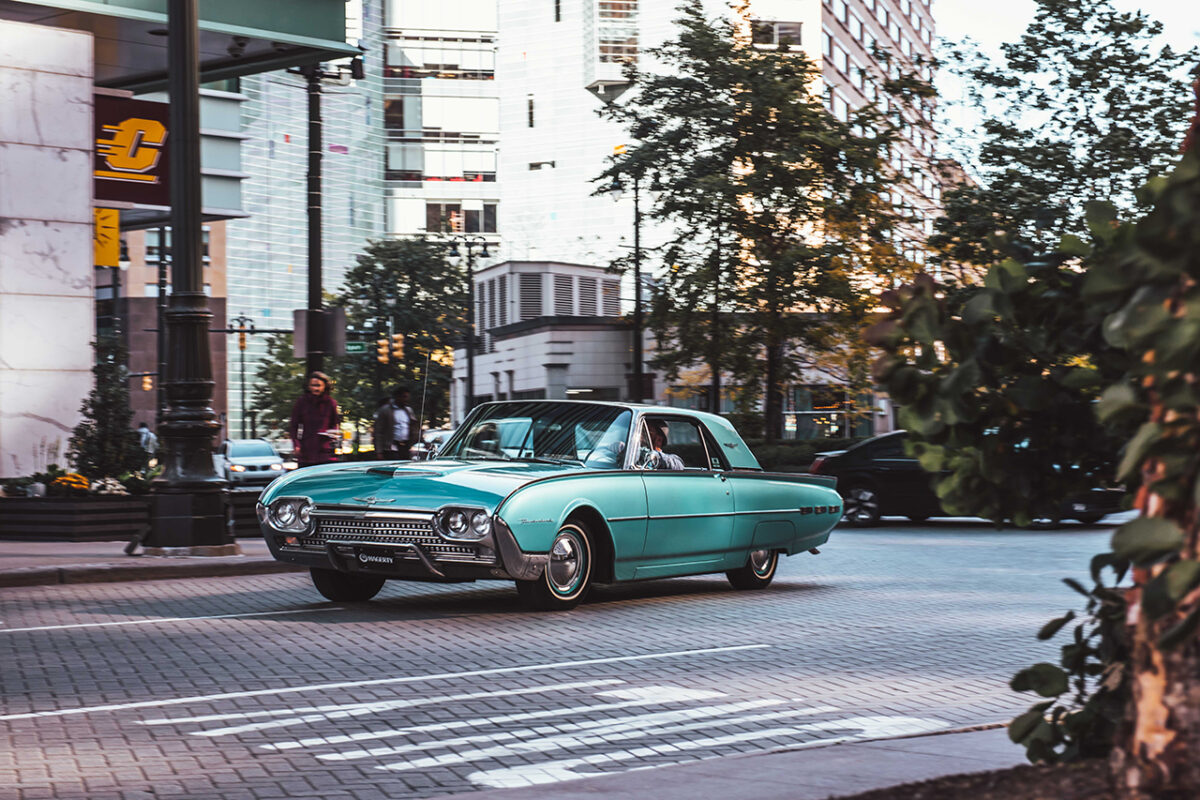 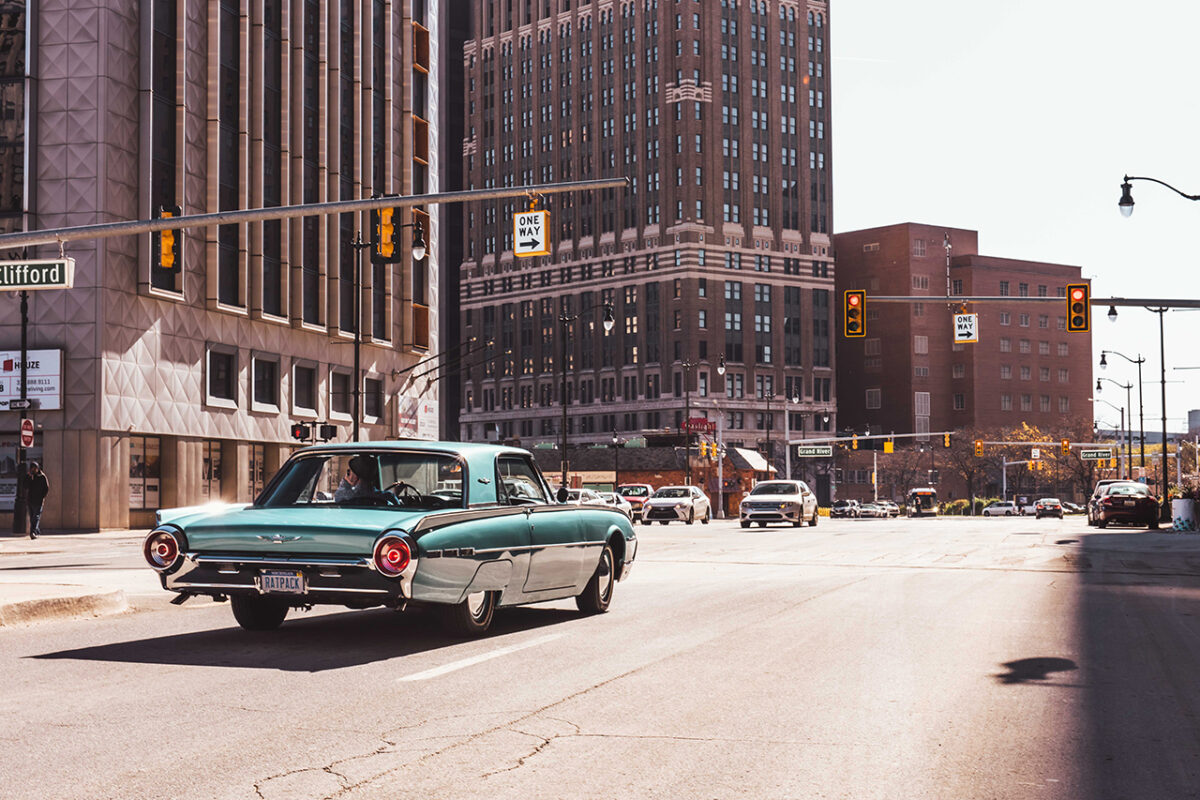 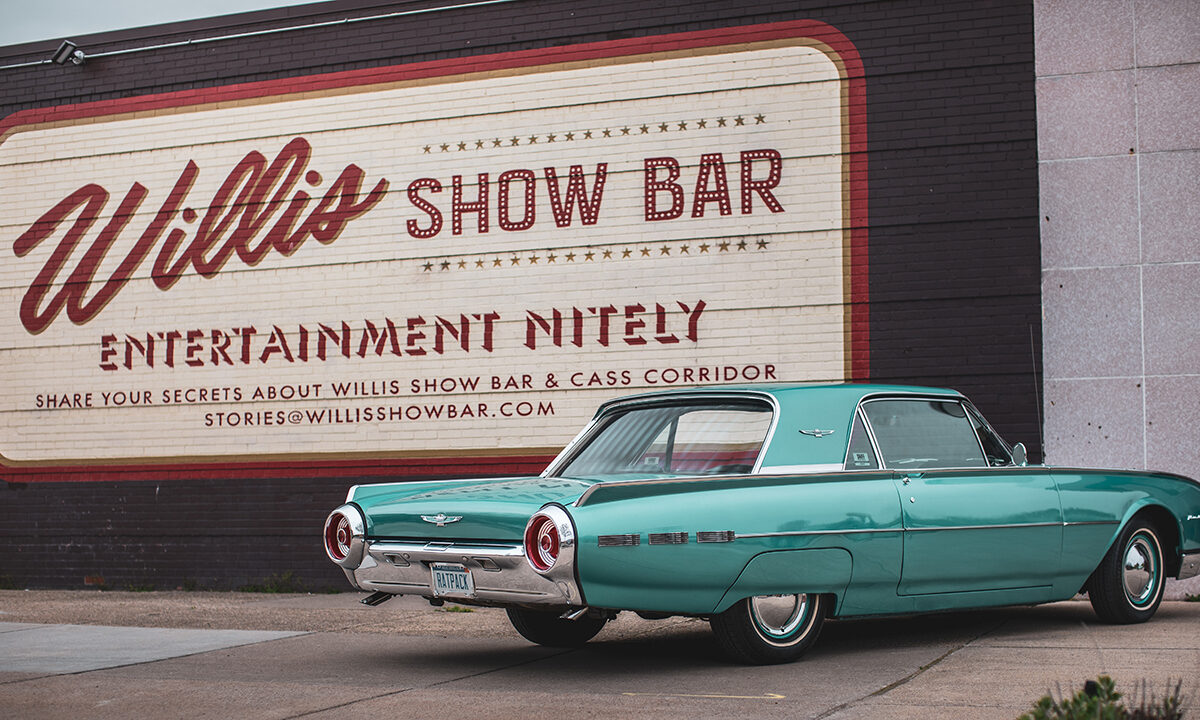 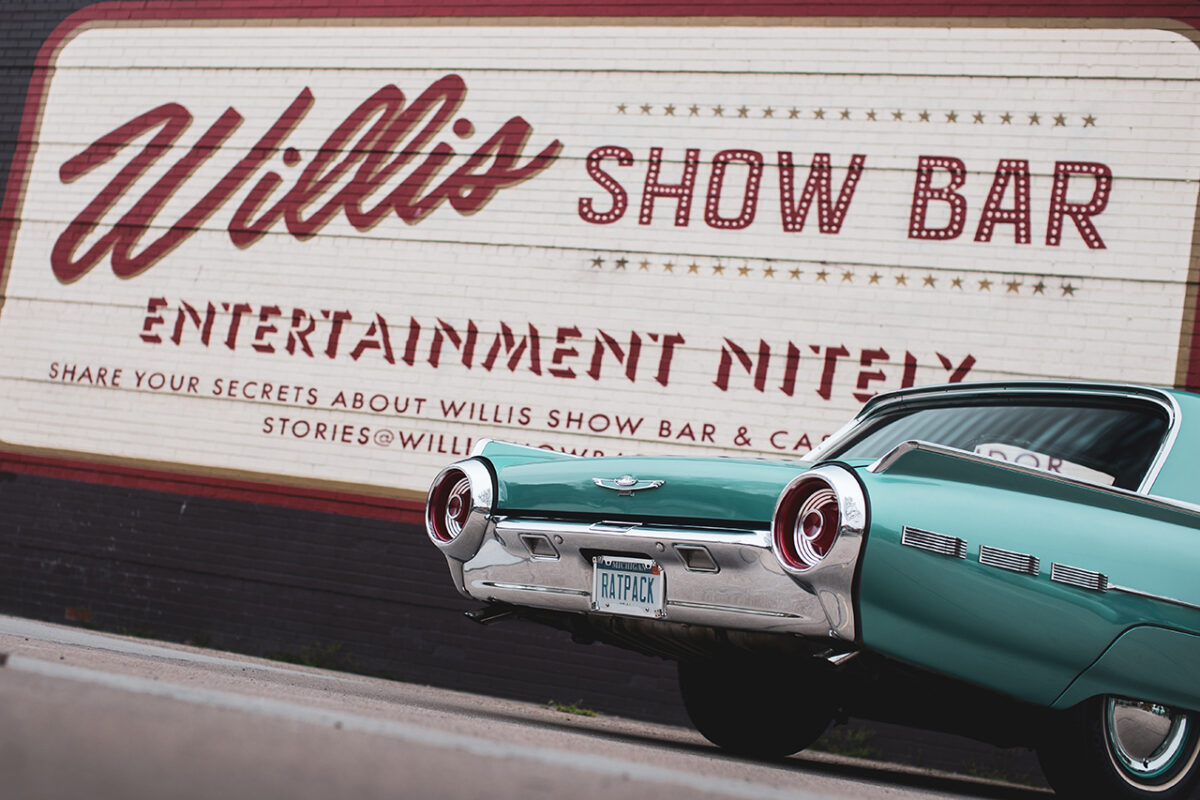 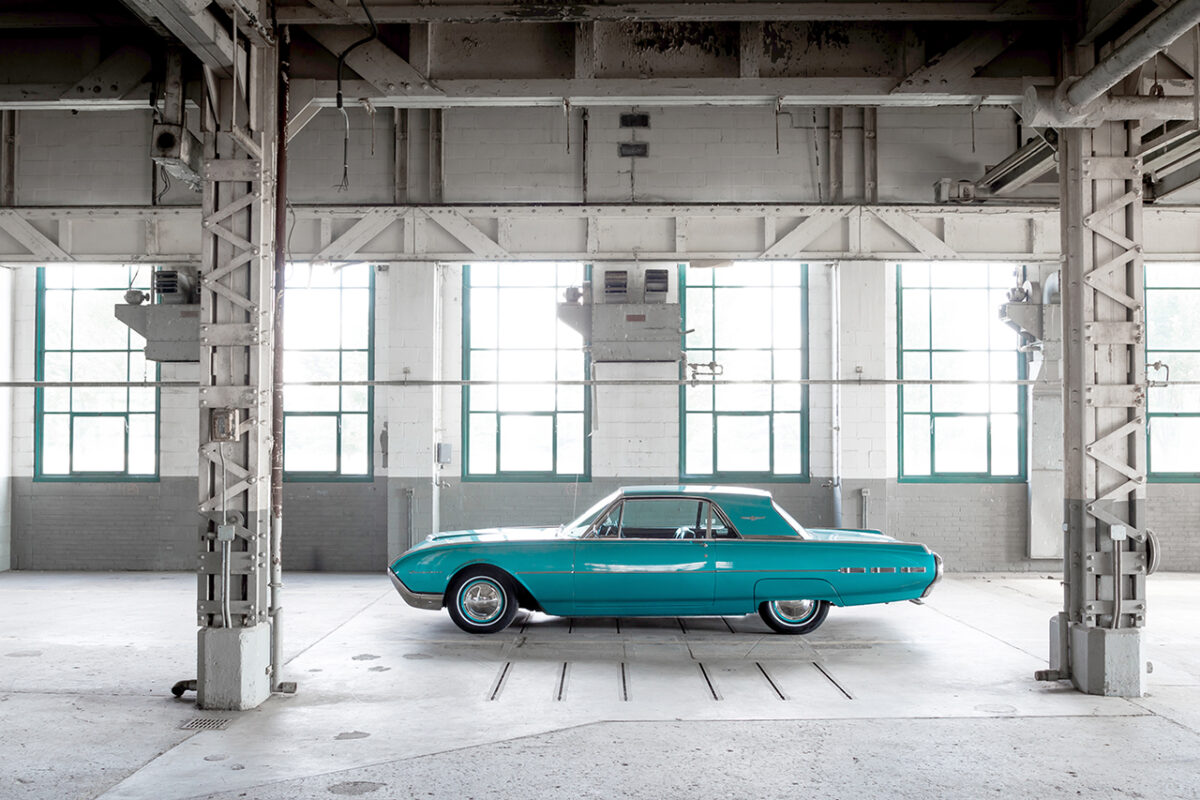 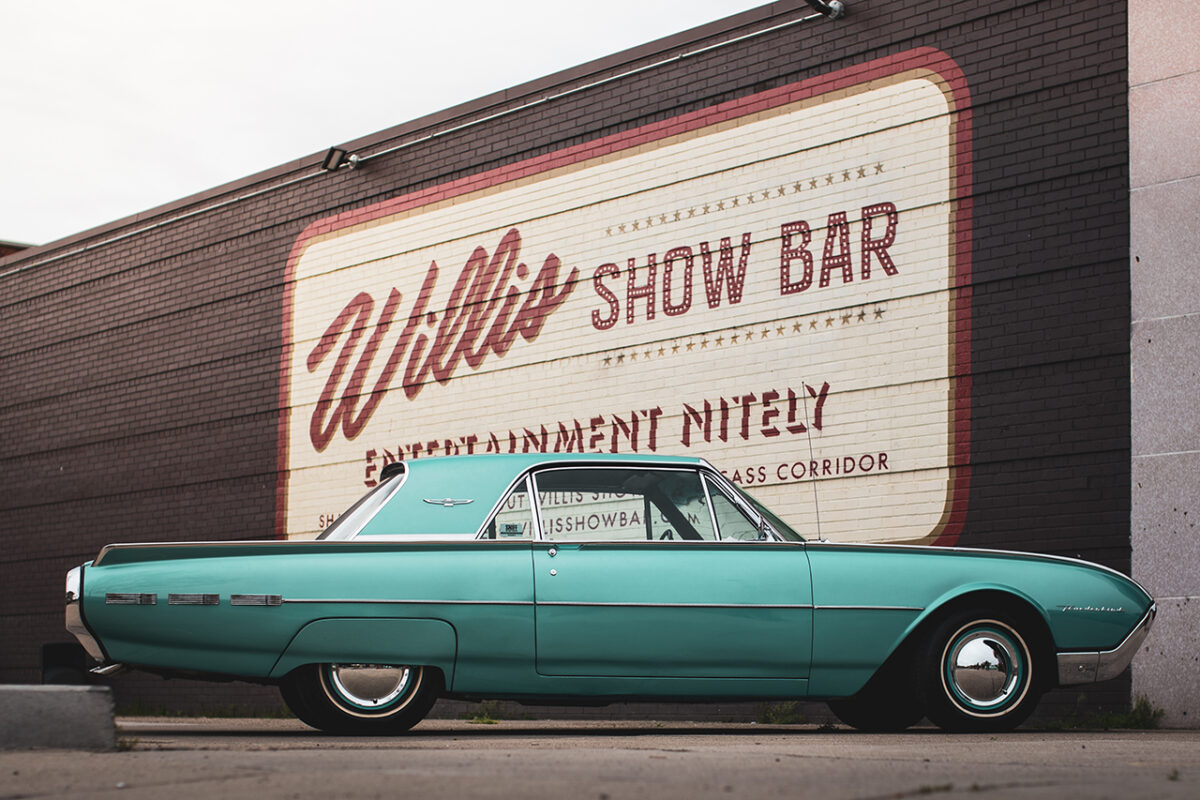 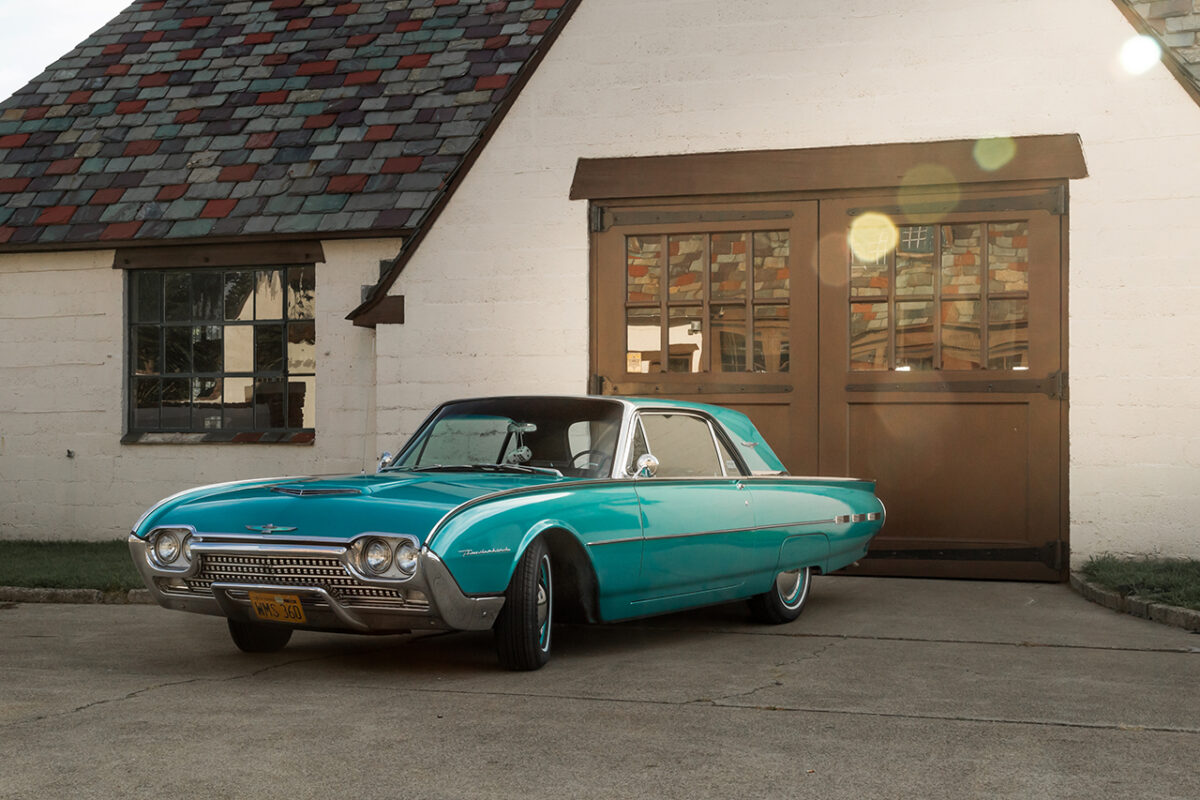 It would have been a travesty — being born and raised in Detroit by a car-obsessed, mechanic father — for Todd Kraemer not to eventually have a classic in his garage. When he saw this T-Bird for the very first time, he immediately fell in love with it. He’d always been a fan of mid-century modern style in all things, and cars are no exception.

Nothing says Detroit automotive design of the early ’60s like fins and a healthy dose of chrome. In Kraemers mind, this car perfectly married the Batmobile and an atomic age rocket, so he had to have it.

Todd and his father did a thorough inspection before he bought the car, a steal at $4000 USD. During the first years he owned the Thunderbird, he simply carried out cosmetic touch-ups and general maintenance. Over the past few it’s needed some bigger things; a transmission rebuild, a new radiator, shocks, a front control arm, and brakes. It’s still has its original drums all around.

Todd has been adding little props to show along with the T-Bird, feeding his vintage addiction, including an original 1962 Thunderbird catalog. Historical Las Vegas memorabilia is also something he collects, so there’s a period Vegas roadmap, a gaming chip from the old Sands hotel, and a 1960s pen from the casino, all tucked in the center console. The vanity license plate on the rear reads RAT PACK.

Todd says the Thunderbird has provided him with so much driving joy, always far outweighing repair costs and wrenching frustrations. He’s lucky to live one block from Woodward, so he often hops in the T-Bird to cruise up and down the avenue for hours. Its smooth ride is a great escape. Part of his love for this model is that it’s so unique. It’s often the only Bullet Bird in attendance at local car shows. He never tires of folks telling him, “she’s a real beauty.” Or seeing the smile on their faces when he pushes the swing-away steering wheel aside.