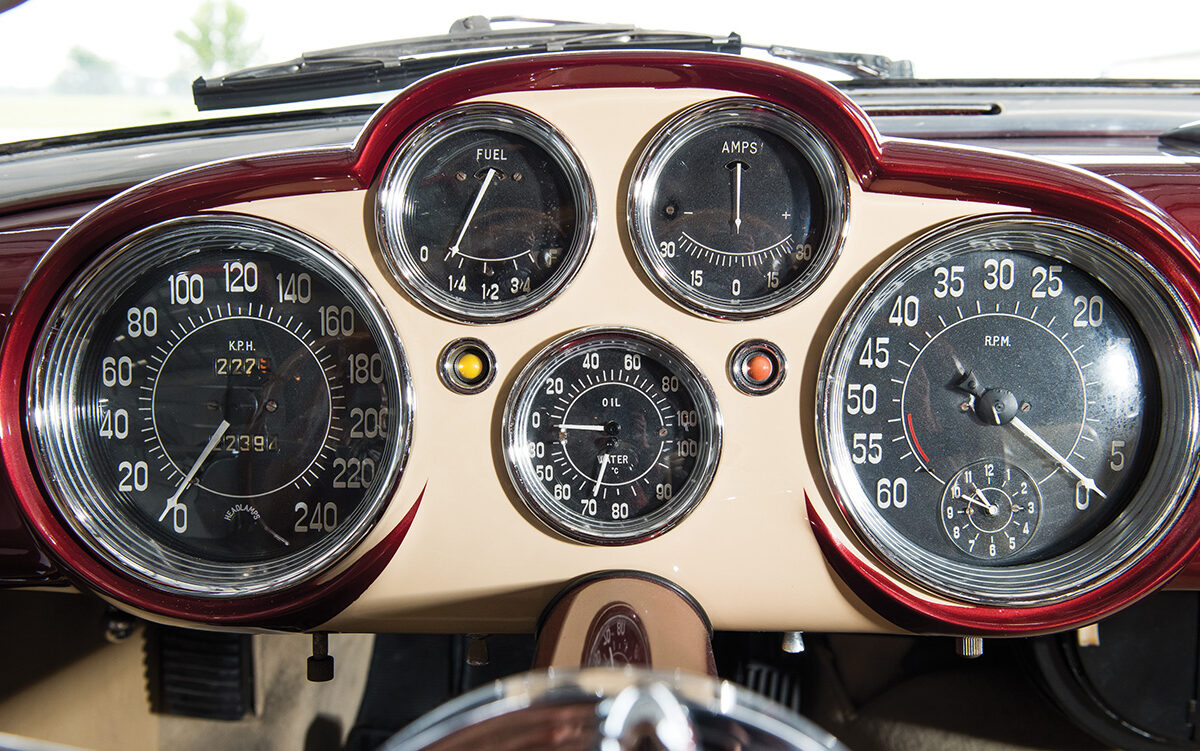 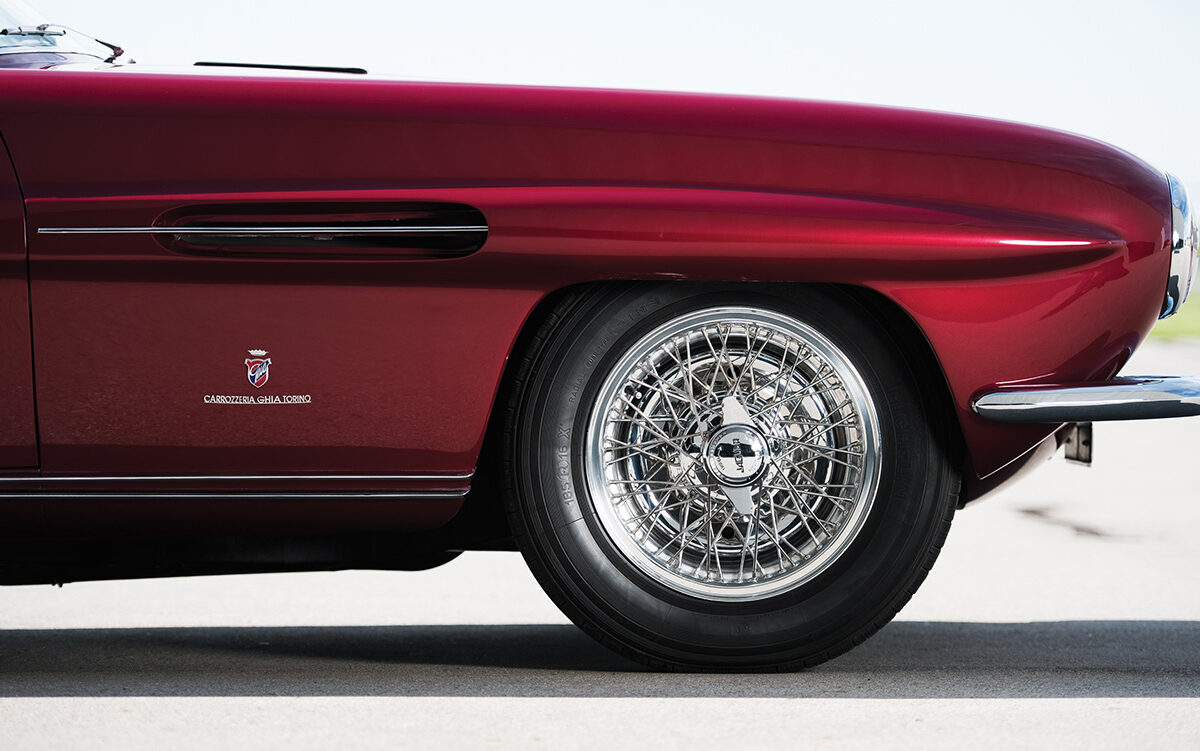 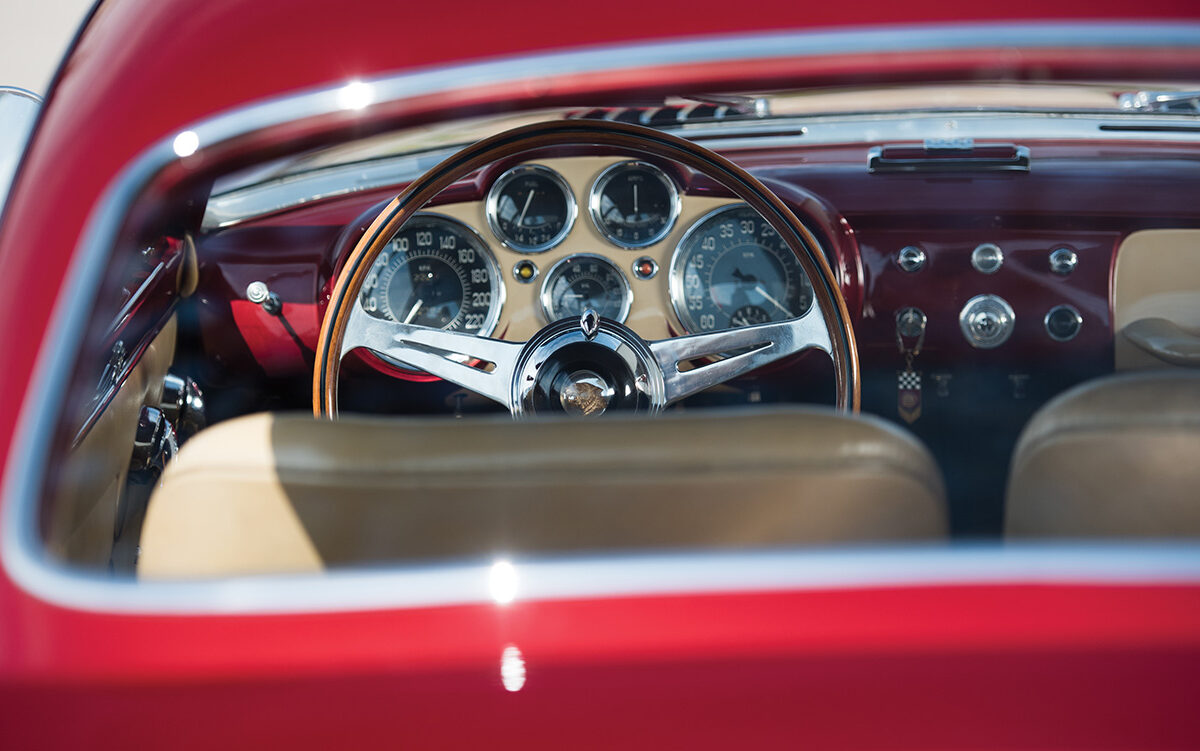 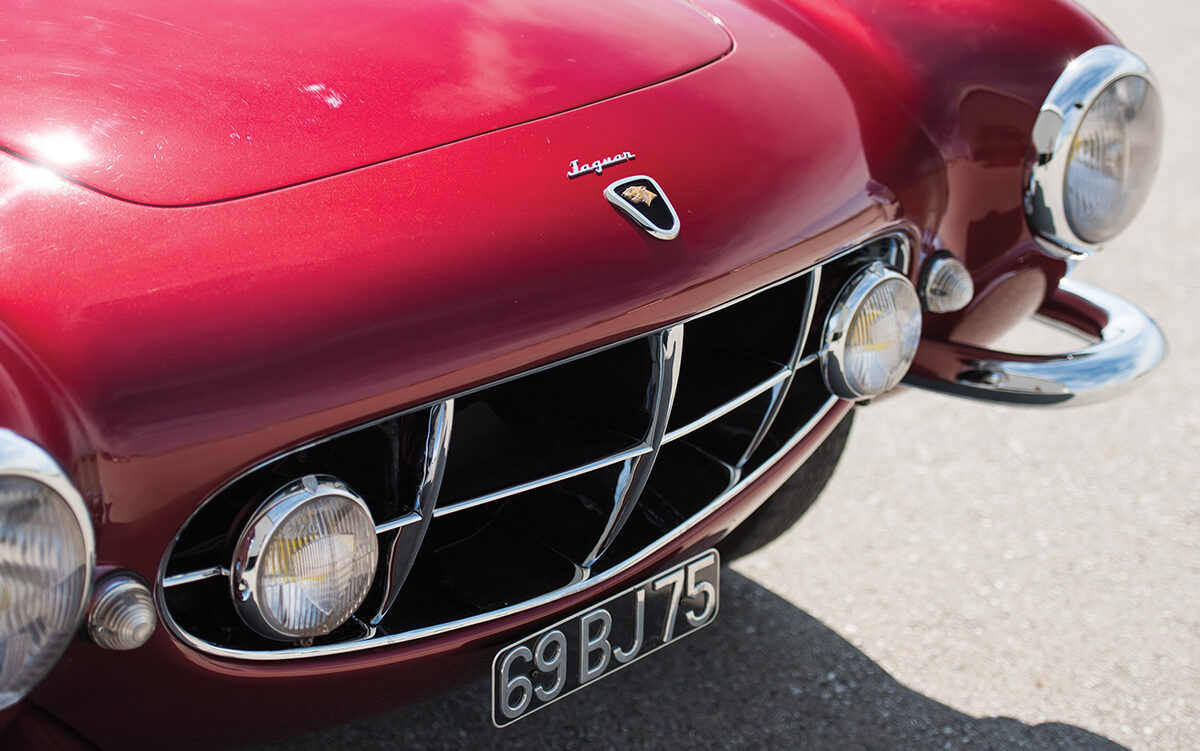 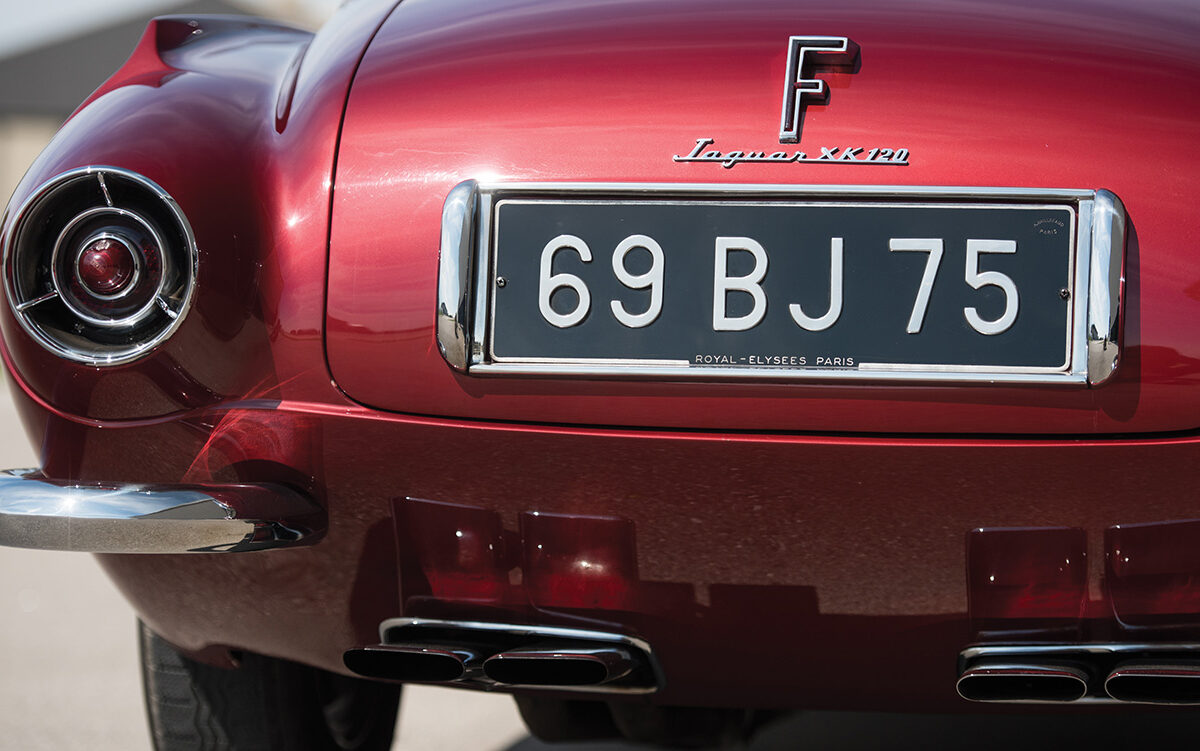 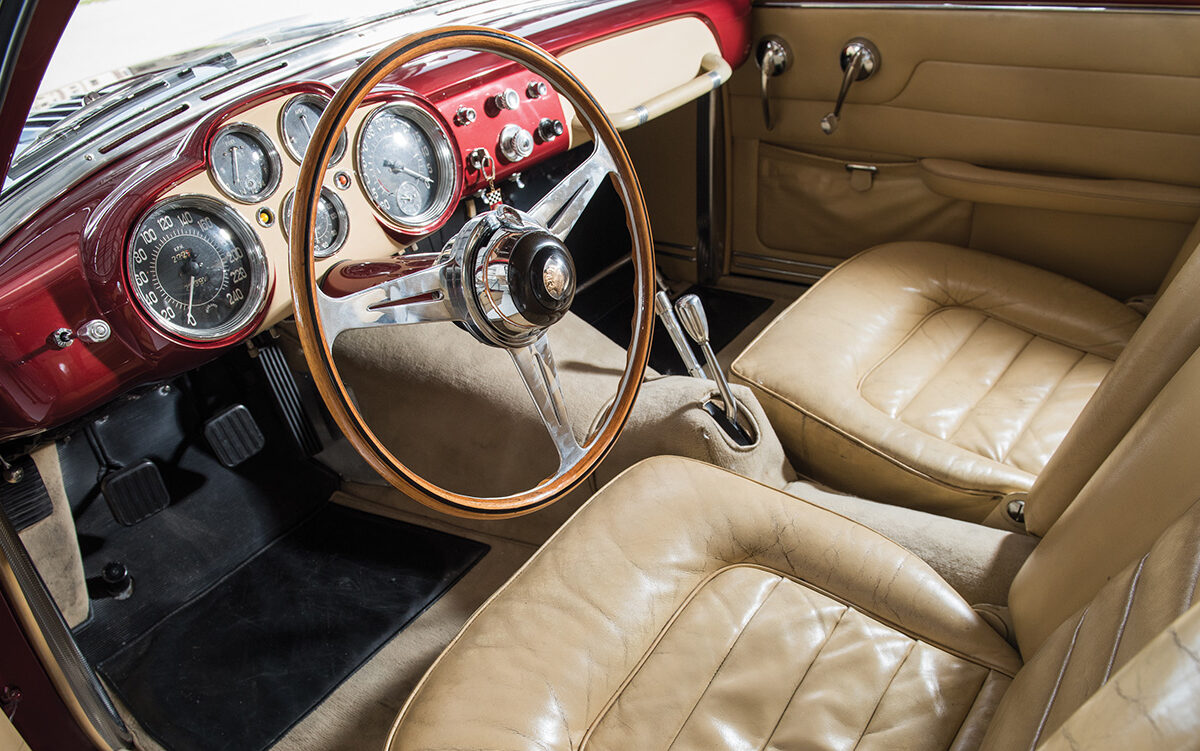 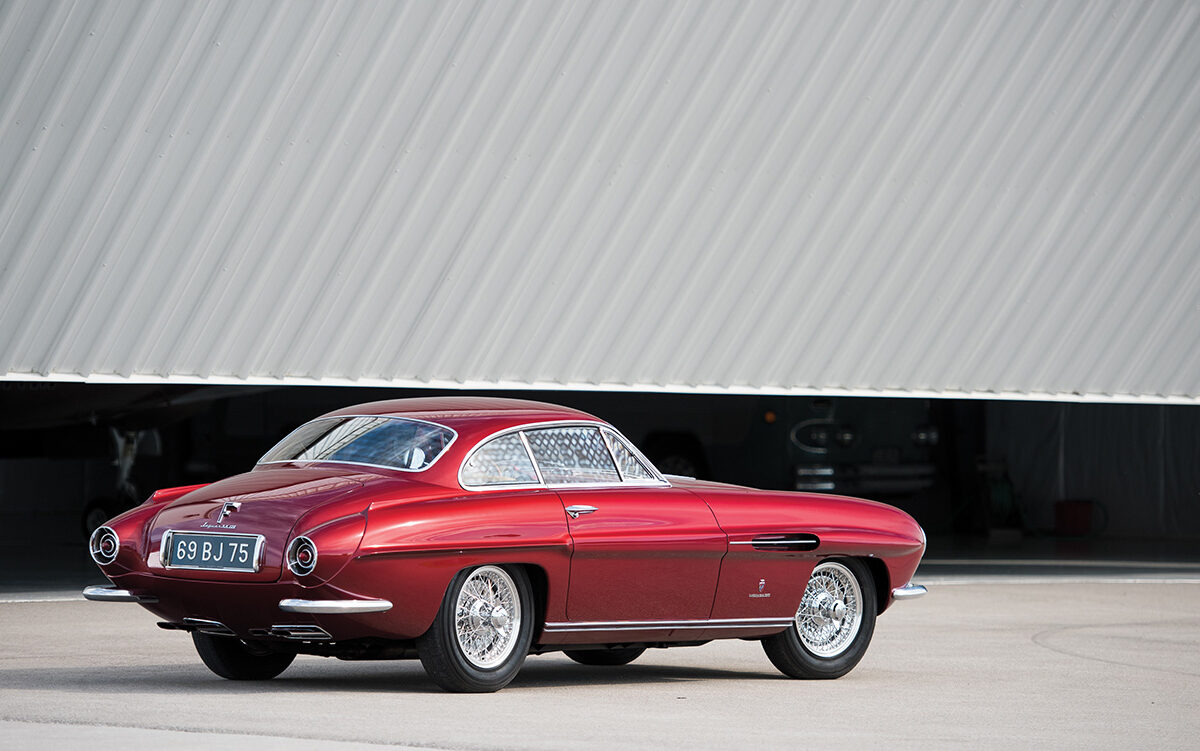 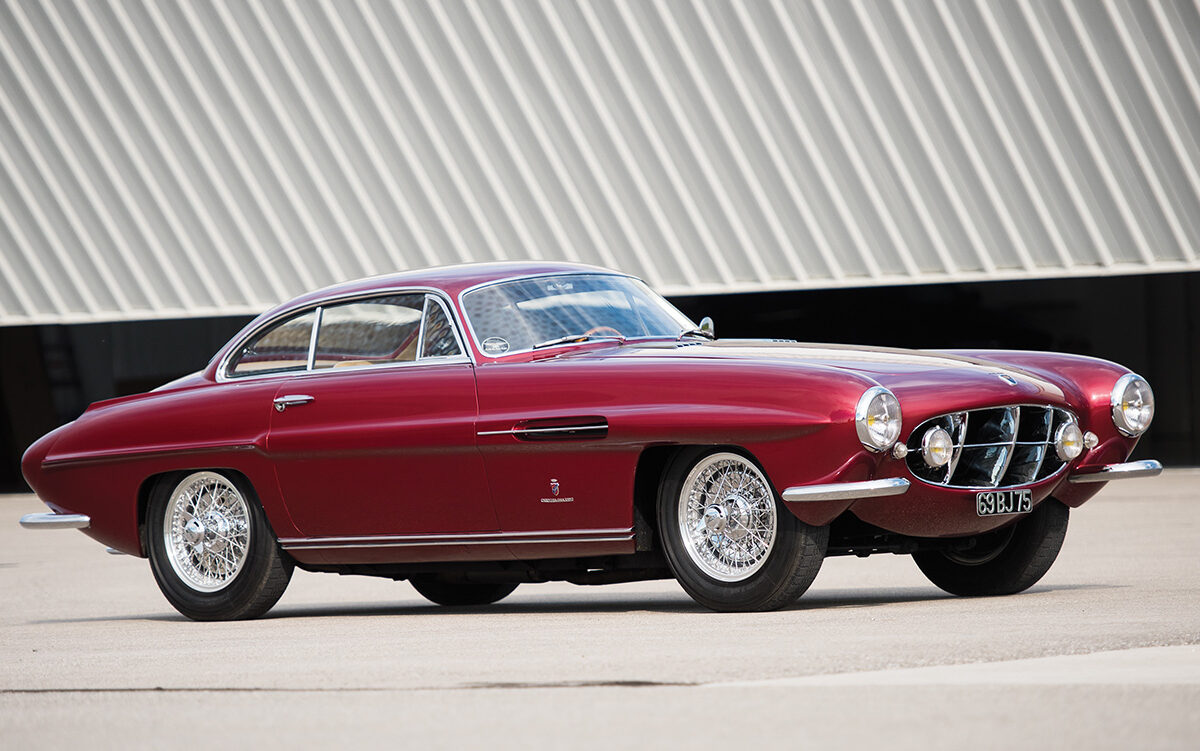 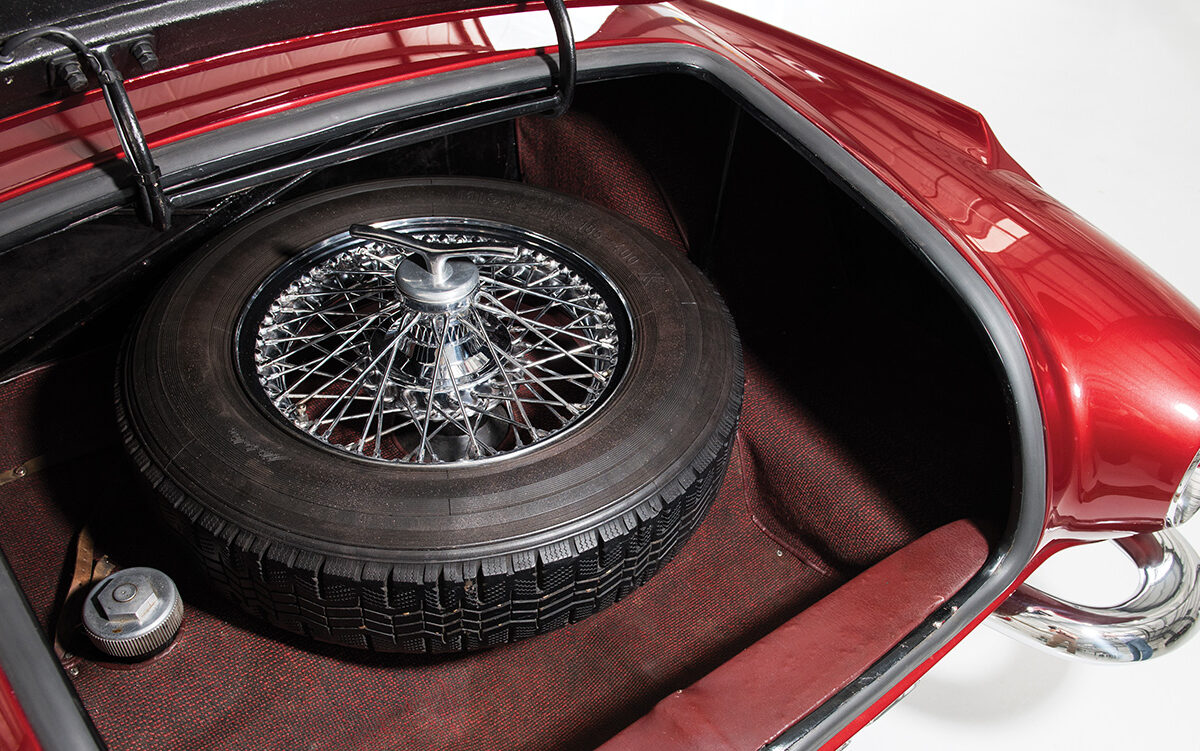 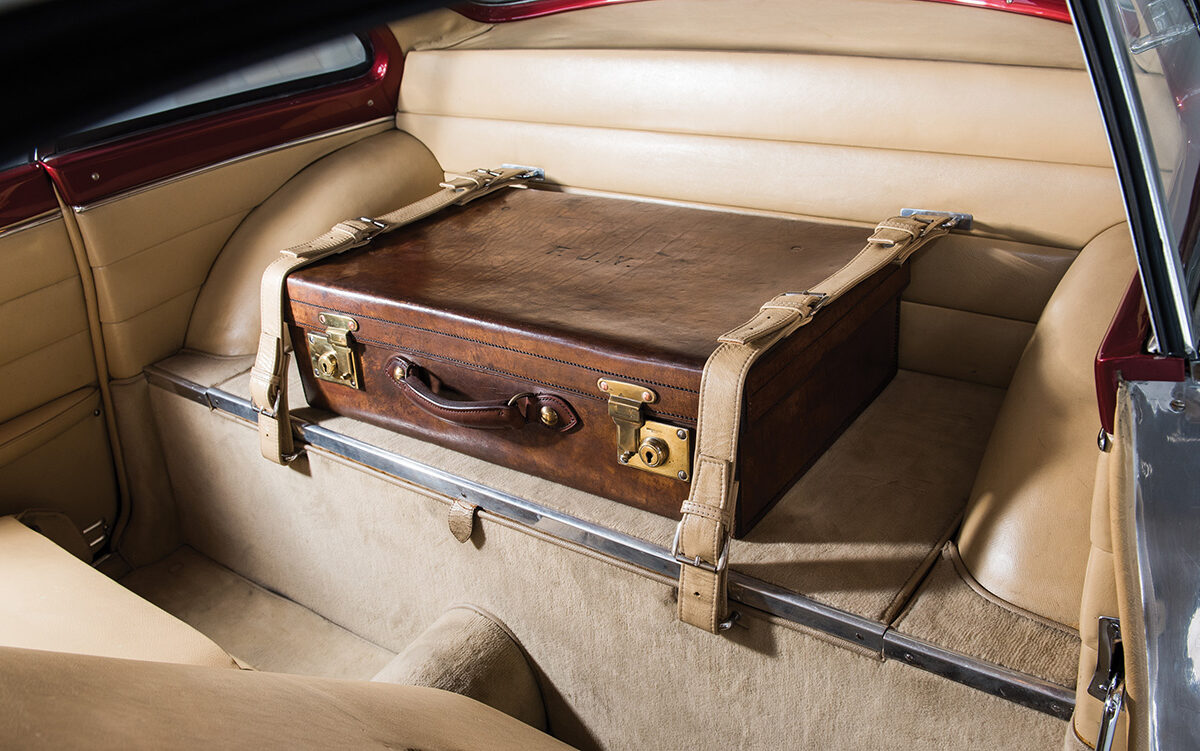 Considered state-of-the-art at the time of its creation in 1949, the XK120’s William Lyons-designed body would stand the test of time, lasting in production, in only mildly modified form for the successor XK140 and XK150 models. Few owners can have had any cause for complaint about the car’s looks, and only a relative handful of XK120s was supplied in bare chassis form for bodying by independent coachbuilders.

The car presented here is a rare example of an XK120 fitted with bespoke, non-factory coachwork, being one of only three XK120s bodied in ‘Supersonic’ style by the renowned Italian coachbuilder, Carrozzeria Ghia.

Italian designer Giovanni Savonuzzi originally styled this jet-inspired body – naming it the ‘Supersonic’ – in 1953, for a Conrero-tuned Alfa Romeo 1900 in light of the Mille Miglia in which the car was set to compete. However, a nasty accident and subsequent fire during the race rendered the car a write-off, prompting a determined Savonuzzi, now employed by Carrozzeria Ghia, to build a small number of further bodies. These were primarily to be fitted on Fiat 8V chassis, no doubt due to its relative inexpensiveness compared with other Italian sports cars of the day.

Inevitably, the ultra-streamlined body took the fancy of a handful of wealthy customers around Europe, explaining how three ended up on Jaguar XK120s (as if they weren’t pretty enough). The car shown is one of two ordered by a French businessman who, allegedly, never actually paid for the cars – the Parisian dealership through which the order was placed repossessed the pair as a result.

Aside from its deep metallic red paint, distinguishing this particular example from its two Anglo-Italian siblings is the cylinder head that houses three, two-barrel Webers as opposed to twin SUs, giving a substantial performance increase. Suffice to say, this Jaguar doesn’t just look fast.

The pronounced high waistline that spans the entire length of the car; the yawning front grille, neatly divided by elegant polished struts; those subtly integrated quad exhaust pipes, a masterpiece in themselves; and those small rear-lights, suspended in turbine-esque clusters. It’s dramatic – theatrical, even ­– and scarcely recognisable as the comparatively non-descript XK120 on which it is based.

It’s creativity personified – we love it.