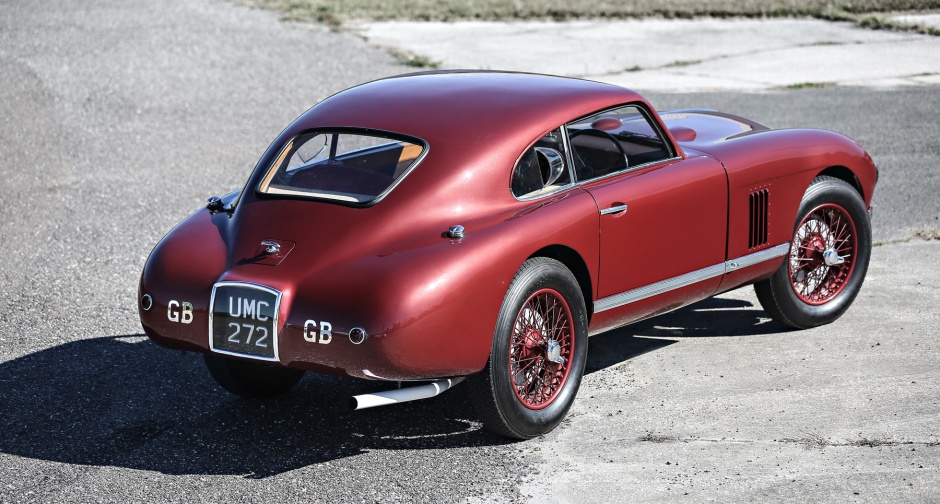 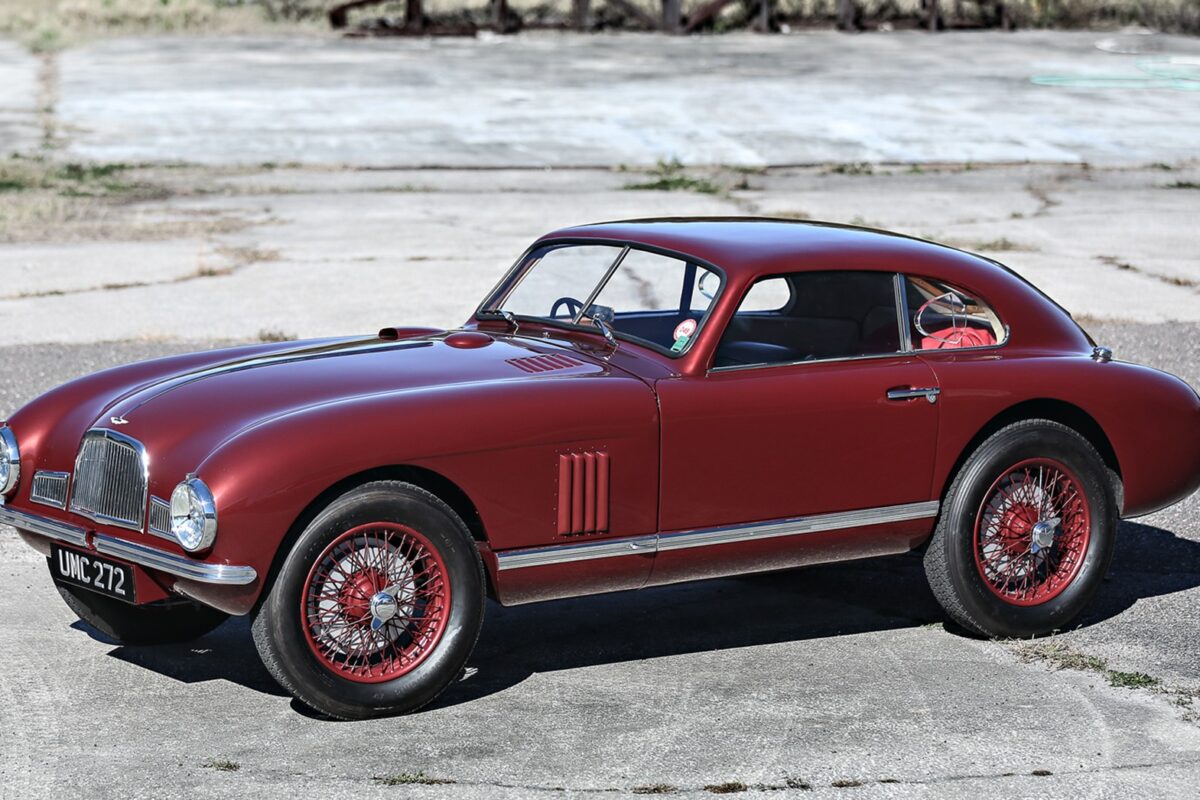 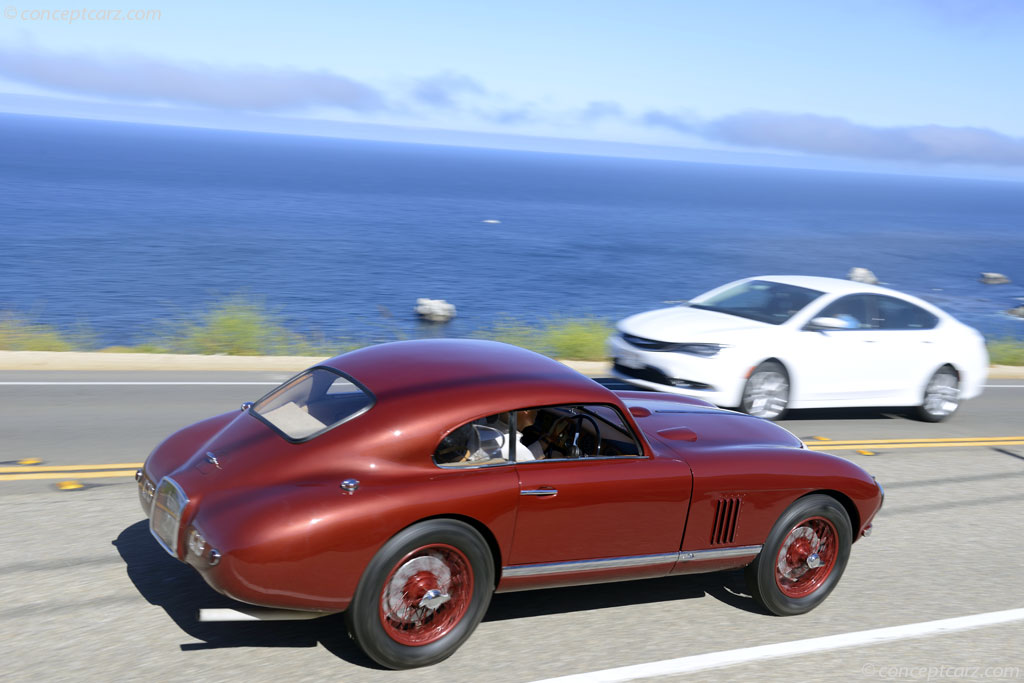 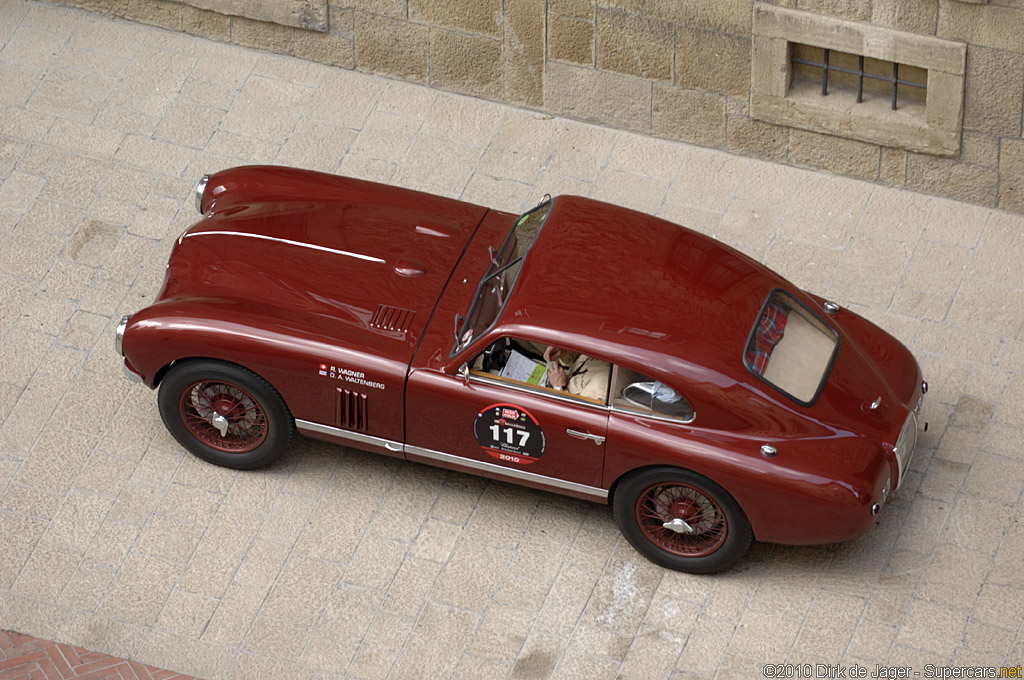 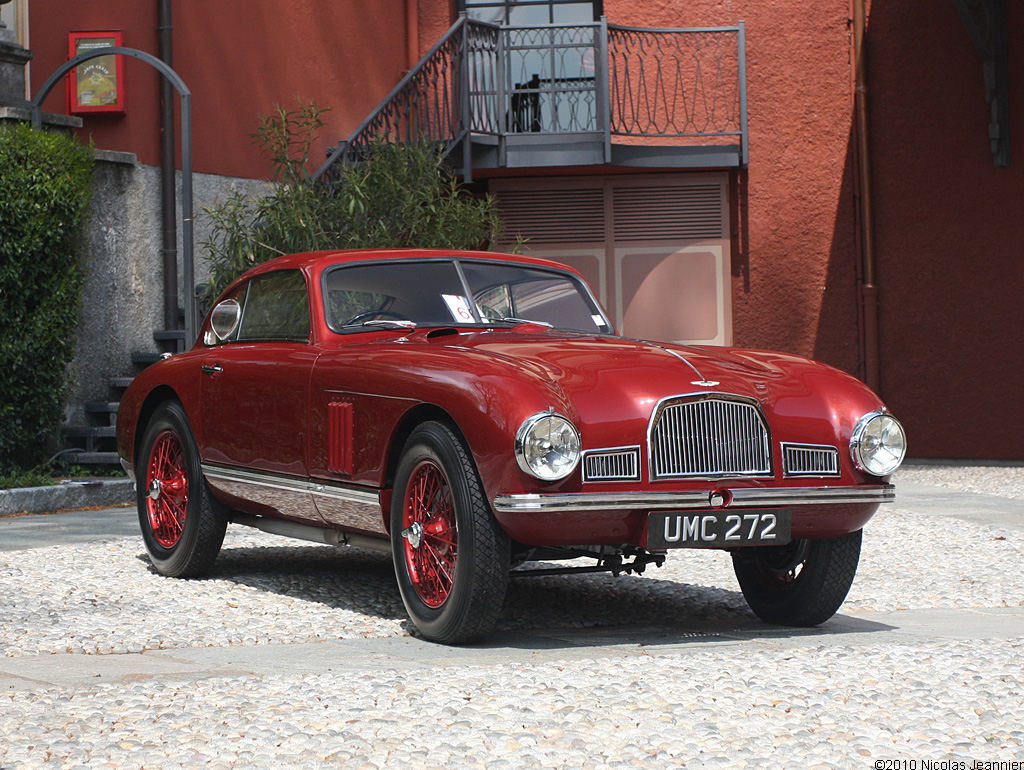 Arguably the car that inspired all Aston Martin designs of the future, the DB2 is a real piece of Aston Martin history. One of the most famous Aston Martins still in existence today, this was the first Aston to be fitted with the now legendary 2.6-liter straight six-engine, when it ran at LeMans in 1949. Built on a shortened DB1 chassis, with bodywork by Frank Feeley, this car marked the beginning of the fastback designs that continued right through to the end of the DB6 and early DBS.

Before the DB2 went into production, four prototypes were made and they laid the foundation for David Brown’s first successful sports car. David Brown purchased both Aston Martin and Lagonda after World War II, bringing together two great marques under his leadership. Both companies had great success in motorsport prior to World War II, particularly at the 24 Hours of LeMans.

After the successful debut of his Two-Litre competition car at the 24 Hours of Spa in 1948, Mr. Brown agreed to develop four new Aston Martins (Chassis LMA/49/1, LMA/49/2, LML/49/3 and LML/49/4) to contest the first postwar 24 Hours of Le Mans, held in June 1949. This is one of four DB2 prototypes designed by Frank Feeley and built by Aston Martin that laid the foundations for David Brown’s first successful sports car. These four prototypes were manufactured by Aston Martin Lagonda Ltd.

The new DB Mk II was based on the earlier DB1’s box-section, tube-frame chassis. However, it’s wheelbase was 9-inches shorter than its predecessor. Much of the independent front suspension arrangement still owed much to Claude Hill’s prewar Atom, with the rear featuring a new coil spring setup. The first two DB Mk II chassis were equipped with the old two-liter pushrod engine. The third and fourth chassis were given an all-new 2.6-liter twin-overhead camshaft six-cylinder engine.

The coachwork was penned by Frank Feeley, of prewar Lagonda fame, and constructed from aluminum panels. It was modern, purposeful, aggressive, and streamlined. The lightweight coachwork, aerodynamic design, and potent engine helped the cars achieve nearly 120 mph flat out in early testing.

All four of the DB Mk IIs were registered on April 26, 1949. The three Aston Martin works racing cars, registered UMC 64 through UMC 66, were finished in Almond Green paint with green canvas upholstery. Whereas the UMC 272 (LML/49/4) was painted maroon and trimmed with beige leather and was used by Aston Martin’s owner David Brown as his personal car.

The LML/49/4 has an extensive racing career, from Silverstone and Mille Miglia to the Coppa Inter-Europa at Monza, this beautiful piece of history has achieved numerous accolades over the years.