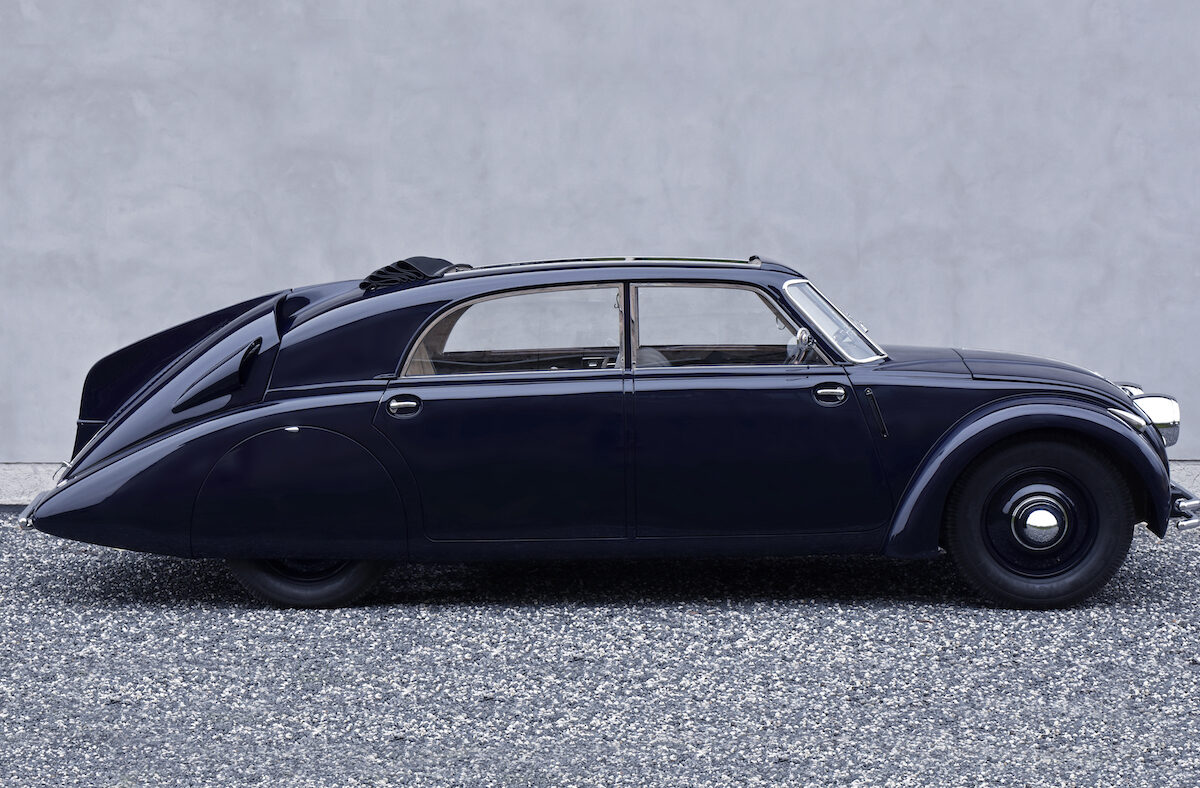 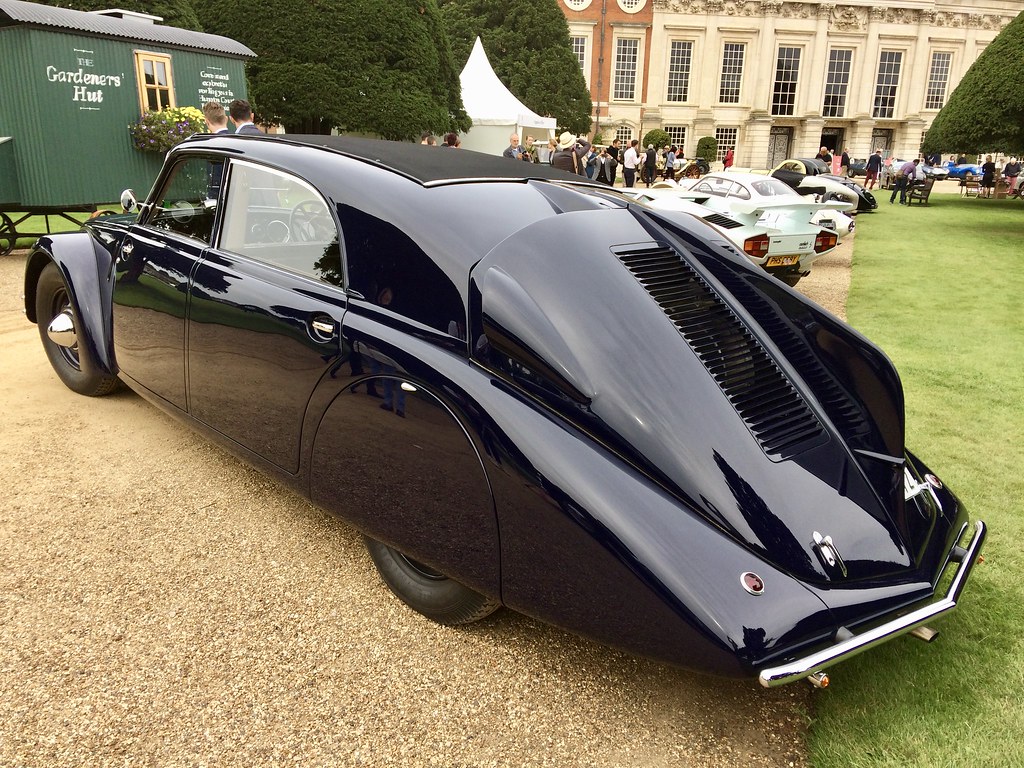 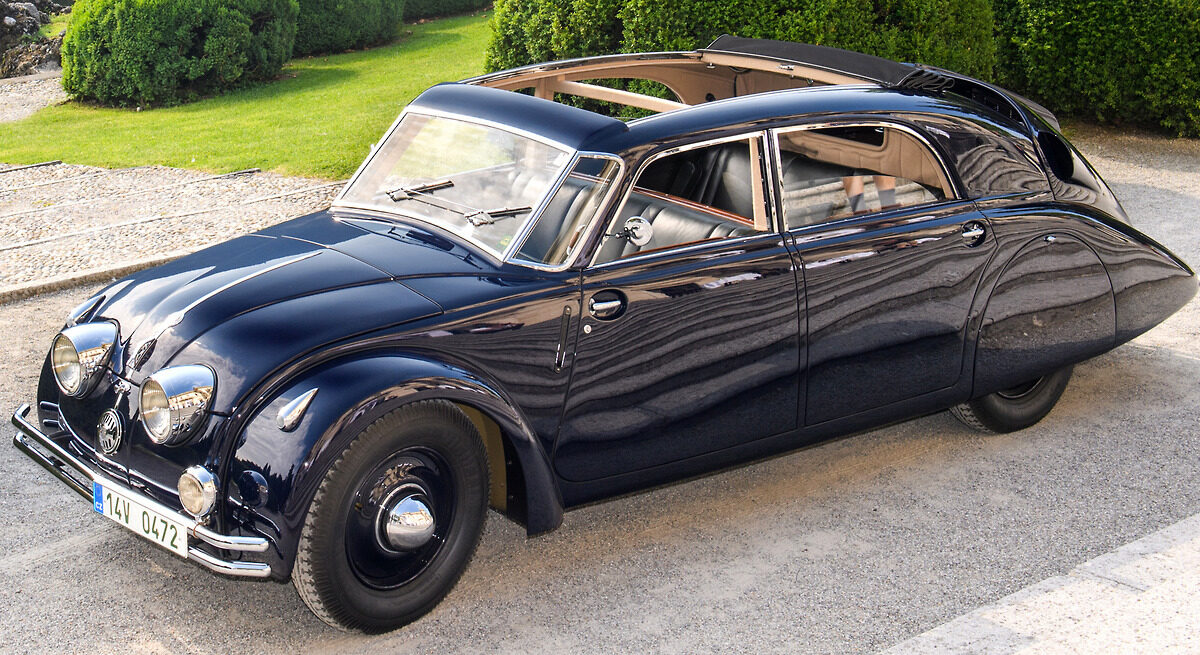 Hans Ledwinka, Austrian Automobile designer, was an artistic genius. After working at Nesseldorfer and Steyr, he joined Tatra in 1923 and began designing a series of revolutionary cars.

In 1927, Automotive engineer, Paul Jaray founded the Stromlinien Karosserie Gesellschaft, where he applied aerodynamic principles learned during years of experience with airship design to the automobile. It was Pauls knowledge combined with Ledwinka’s vision that resulted in the world’s first mass produced fully aerodynamic automobile, the Tatra 77.

This is one of the first Tatra 77 streamlined cars ever produced, of 105 units in total built between 1934 and 1936. The Tatra was unusual in that it was designed with aerodynamics in mind from the very beginning, resulting in a drag coefficient of 0.36 – Mercedes’ latest AMG-GT sports car matches that.

First presented to the public on a Carlsbad road in Czechoslovakia on 5 March 1934, and again at the Berlin Motor Show on 8 March 1934, the Tatra 77 deservedly became a sensation. This particular version features a unique option, a large sliding roof manufactured by Webasto, specified by the car’s first owner Josef Wait.

It’s a quirky addition to this year’s Concours of Elegance line-up, but one that fully deserves its place in the grounds of Hampton Court Palace among some of the rarest and most incredible cars in the world.

The design of the Tatra 77 was so successful that it is said to have heavily influenced Ferdinand Porsche in his plans for the Volkswagen Type I Beetle. After decades of legal battles about just how extensive that influence was, Volkswagen settled the case in 1961 for three million Marks.