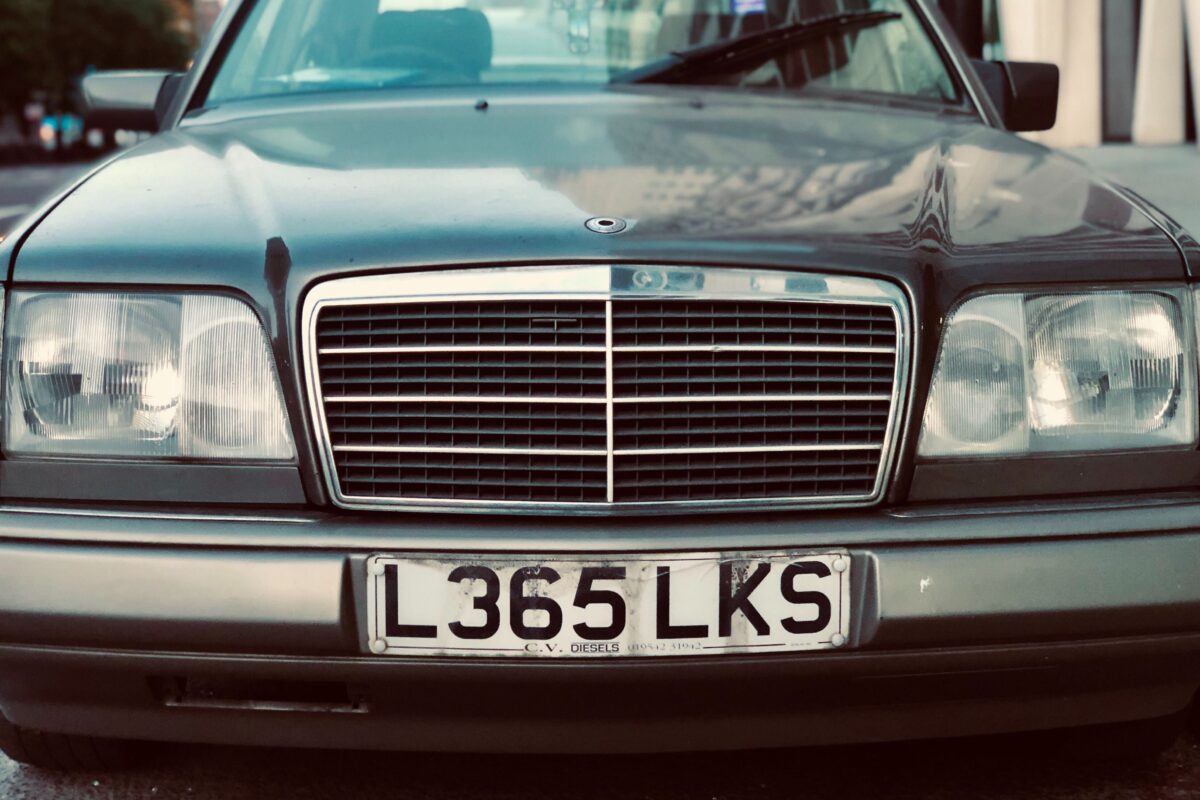 The UK number plate system was first introduced through the “Motor Car Act 1903”. Brought into effect on the 1st of January 1904, this is when it became a legal requirement in the UK for every motorcar to display a registered license plate number – these number plates are what we now call dateless number plates.

The first car number plate was ‘A1’ and was released to the Earl Russell. Russel was adamant he wanted A1 as his number plate and made his butler queue up overnight at the London County Council offices to secure it back in 1903 when the Motor Car Act was implemented by parliament. As a result, ‘A1’ has become one of the most valuable personalised number plates in the country.

However, as a result of the increase in motorcars across the country, the UK adopted a new number plate system in 2001. This system has seven characters – two letters, these letters indicate a region. Proceeded by two numbers, these change every six months to indicate when the car was first registered. Followed by three letters, these are randomly issued letters. Because they are allocated in blocks to dealers, you’ll often see cars from the same manufacturer with letters that are in sequence.

If you do not fancy sticking to the allocated number plate issued by the government, you can choose your own! Private number plates were once considered pretentious and ostentatious. Whereas, now they are deemed a lucrative investment opportunity. The most cherished of number plates can fetch up to £400,000. The most expensive number plate sold is ‘25 O’, which went for £518,000 in 2014 and now features on a classic Ferrari 250SWB worth around £10million.

Although, some individuals are willing to hundreds and thousands of pounds to purchase a significant number plate simply for their own pleasure. Some opt for a personalised plate to display their favourite sports team or simply their own name.

Number plates are issued by the DVLA with the purpose of identifying a vehicle. Therefore, it is important for us to follow the specific formats set by the DVLA. When designing your own personalised plate, it is important that you don’t rearrange letters or numbers, or mis-space or alter them, so that they’re hard to read on your number plates. If you do so, you could be fined up to £1,000 and your car will fail its MOT test.

Another important number plate consideration to take into account when buying your personalised number plates is that the number on the plate relates to the age of their vehicle. The DVLA insist that you cannot make a vehicle look newer that it actually is by using its number plate. The reason for this is to stop fraudsters from mis-selling vehicles to unsuspecting buyers.